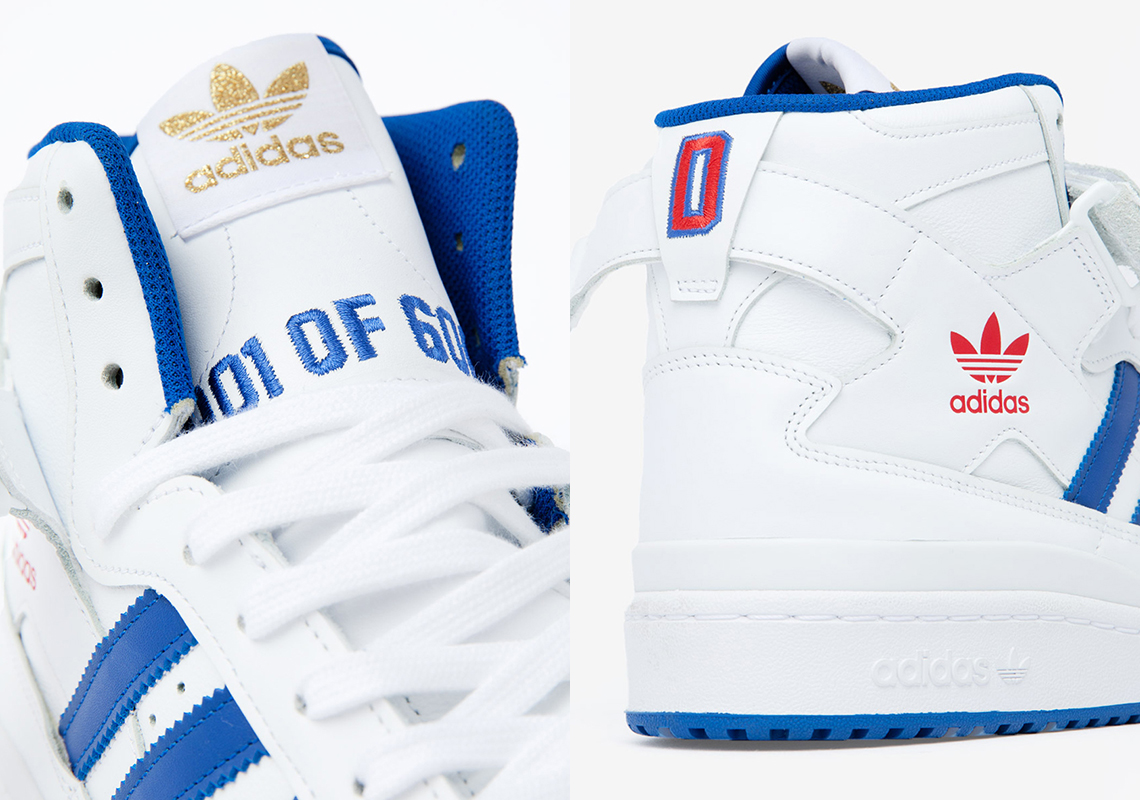 The city of Detroit has an unparalleled connection to high-top adidas basketball shoes. Already recognized for its influential acceptance of the adidas Top Ten, Detroit also helped put the Forum back on a map – a silhouette that is enjoying a mighty resurgence since its official return late in 2020. In honor of 313 Day, a regional celebration of the city of Detroit on March 13th, adidas has partnered up with SNIPES and the Detroit Pistons to honor the back-to-back championship years of the franchise led notoriously by the bruising Bad Boys.

Utilizing the classic white, red, and blue uniform colors, this adidas Forum Hi features a variety of details – both outright and hidden – to commemorate the ’89-’90 and ’90-’91 seasons. “Back to back” is proudly printed on the underside of the ankle strap, while the shoe’s limited nature (a mere 600 pairs releasing) is featured on the tongue embroidery. The letter “D” is embroidered on the heel, firmly stamping the silhouettes allegiance to the city known for its gritty, hard-nosed work.

SNIPES will host a dedicated co-branded mobile truck that will be making stops throughout Detroit and will host the exclusive sneaker along with apparel giveaways. Stops include the six Metro Detroit SNIPES stores, schools and community centers on March 13th for $110. 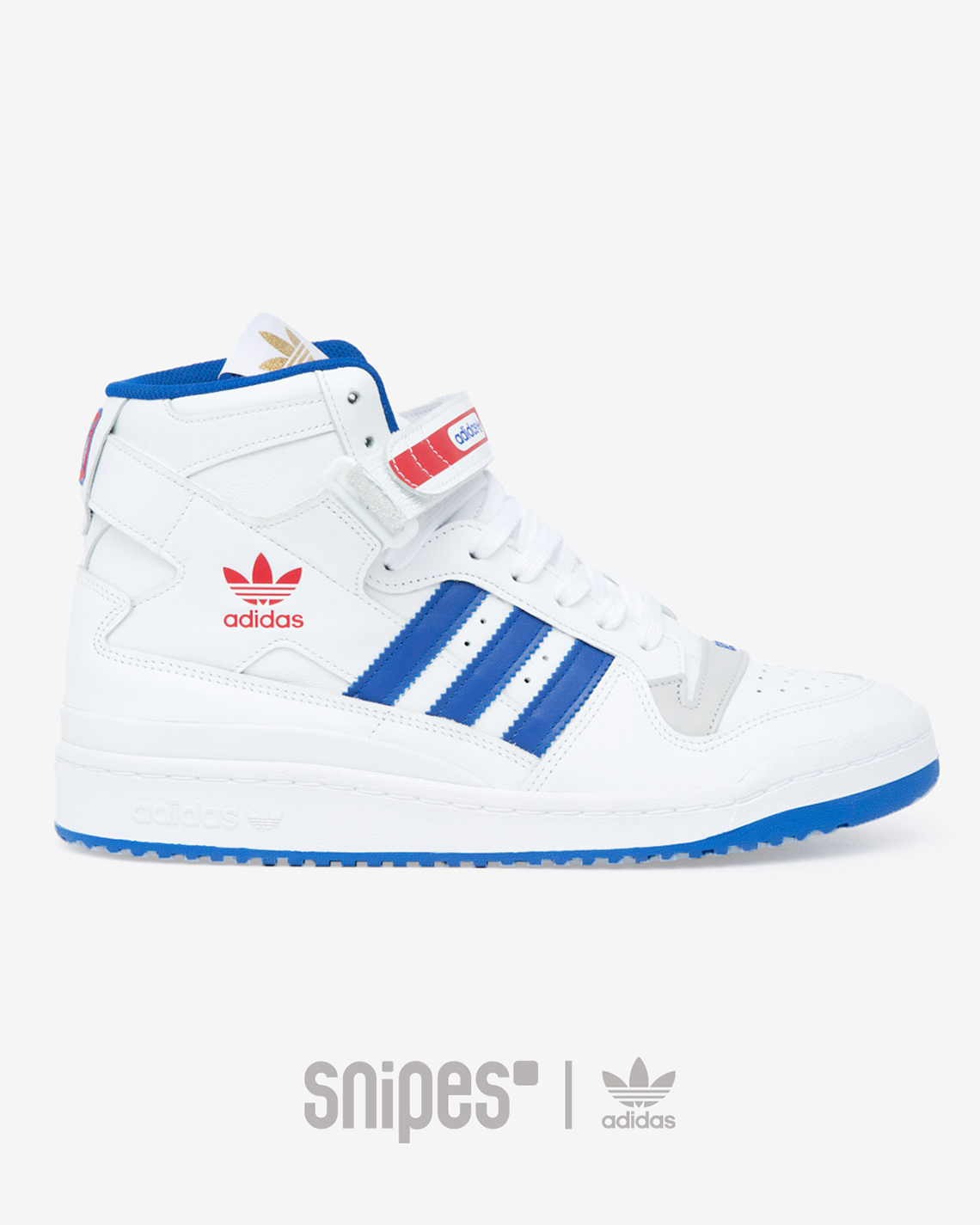 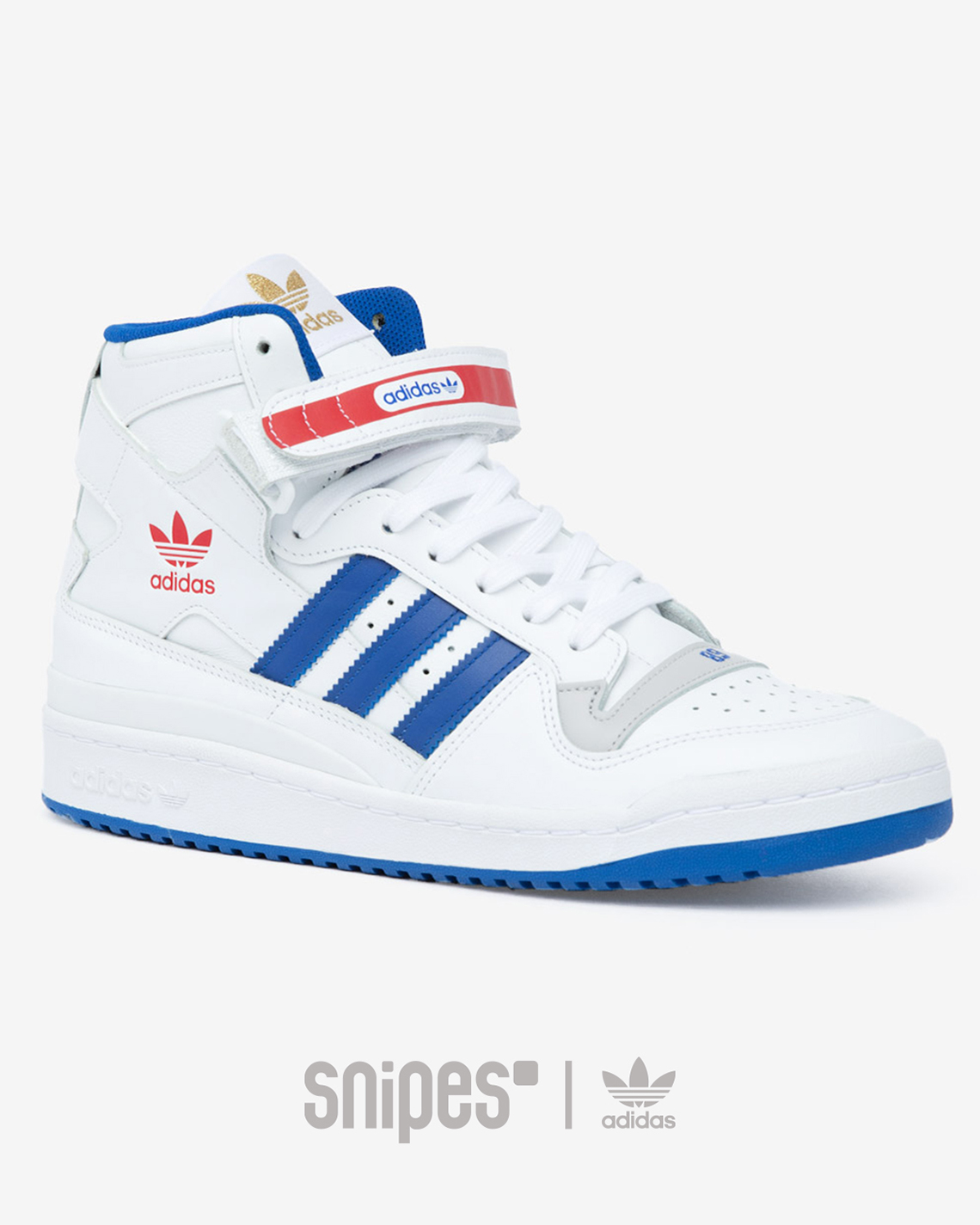 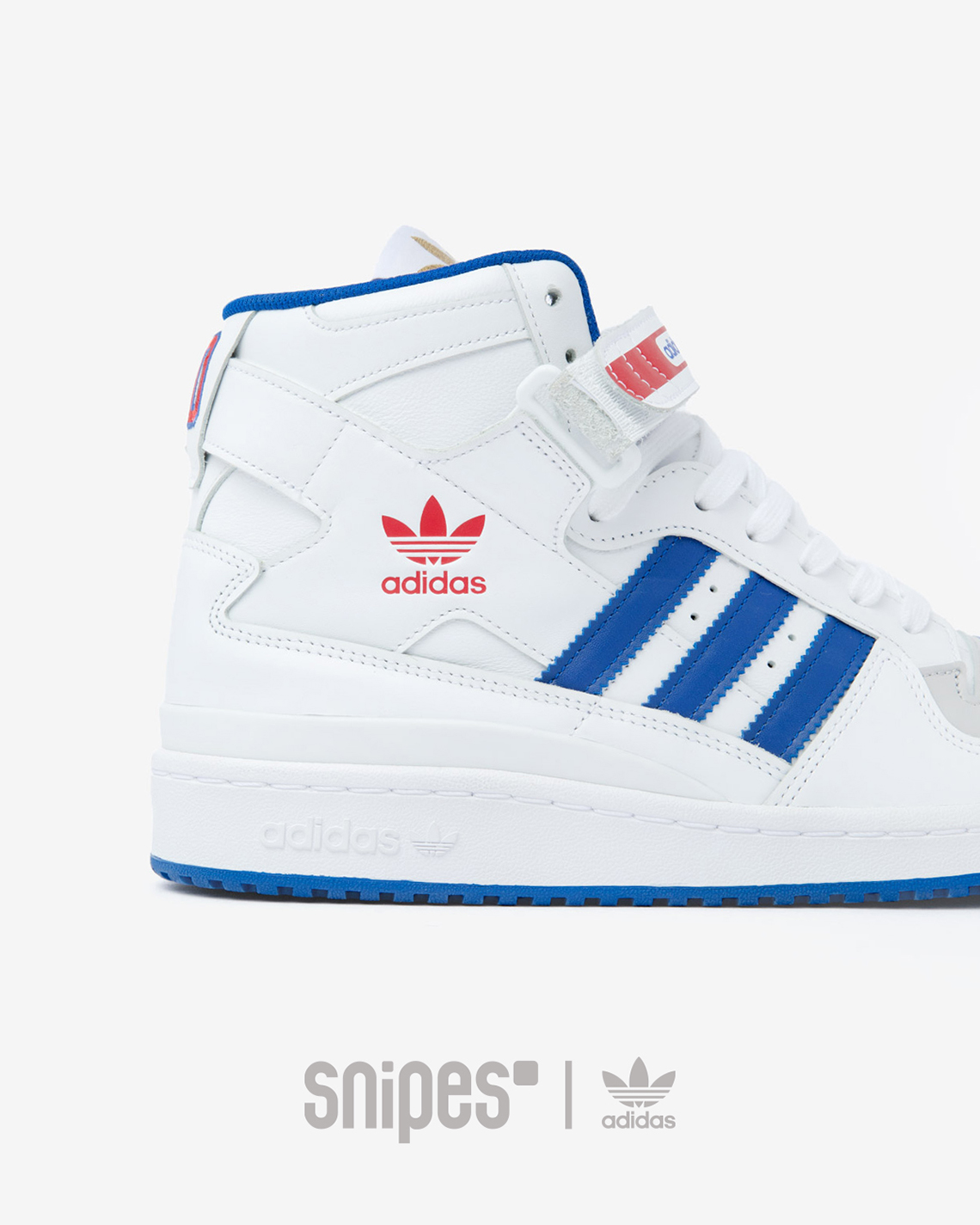 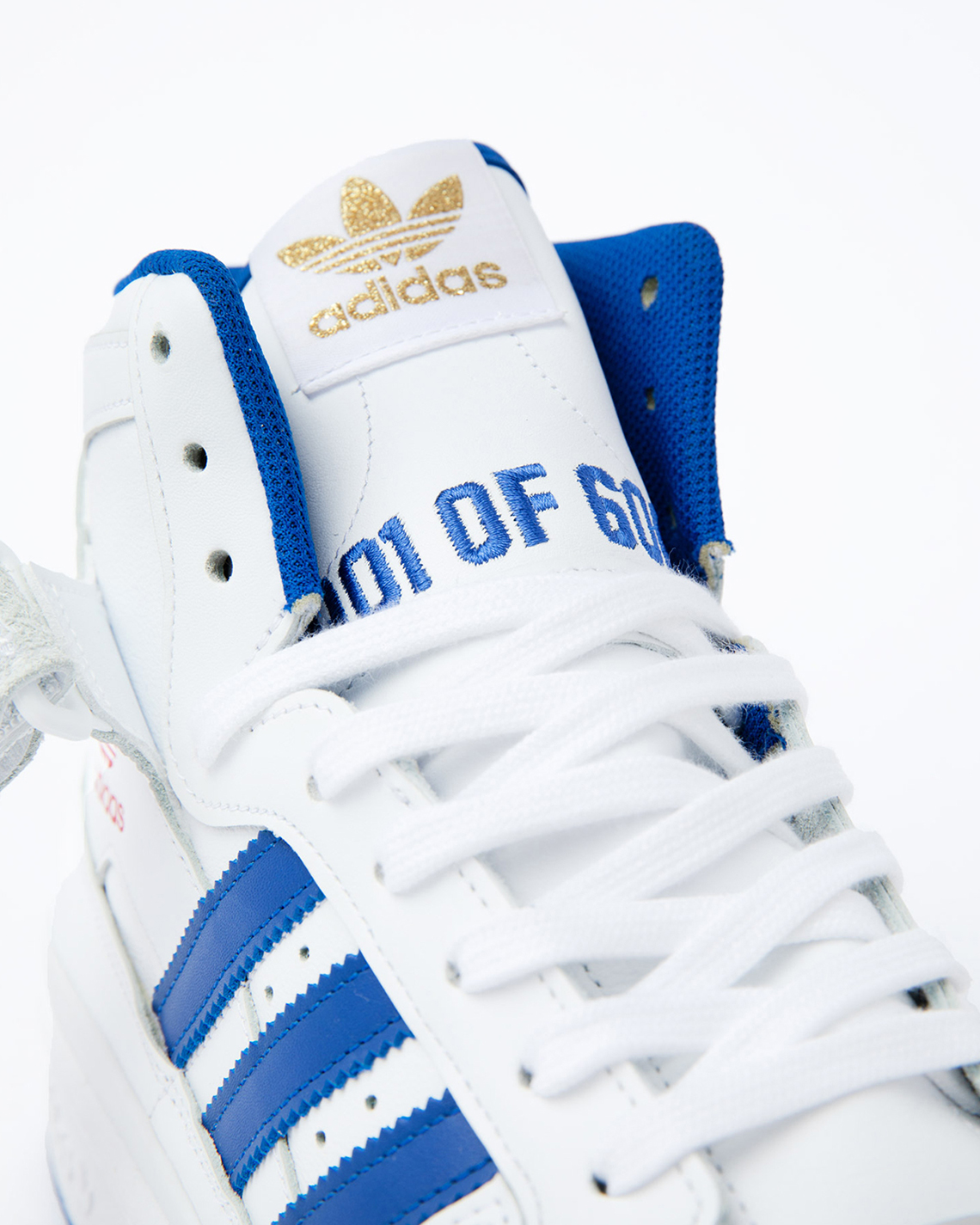 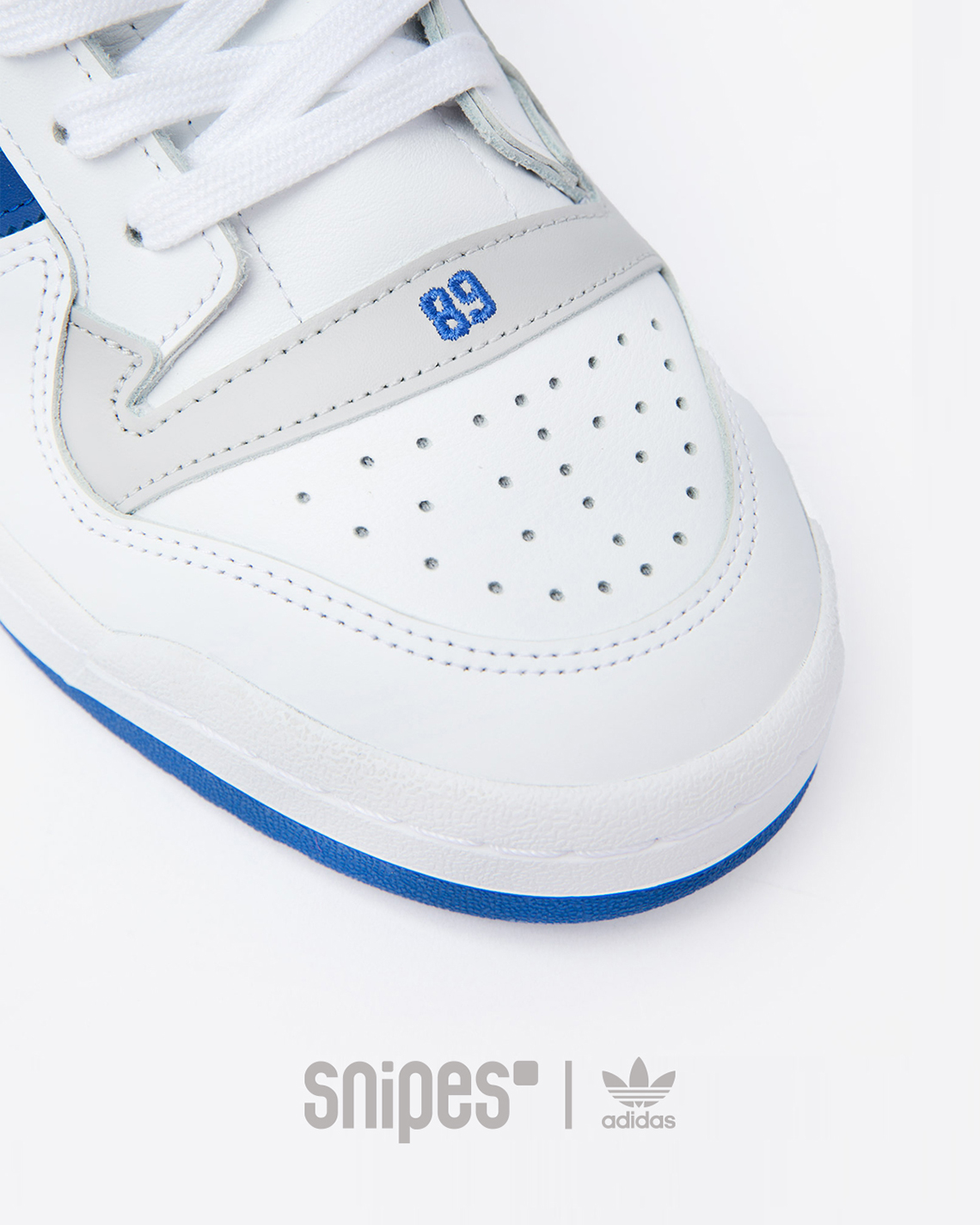 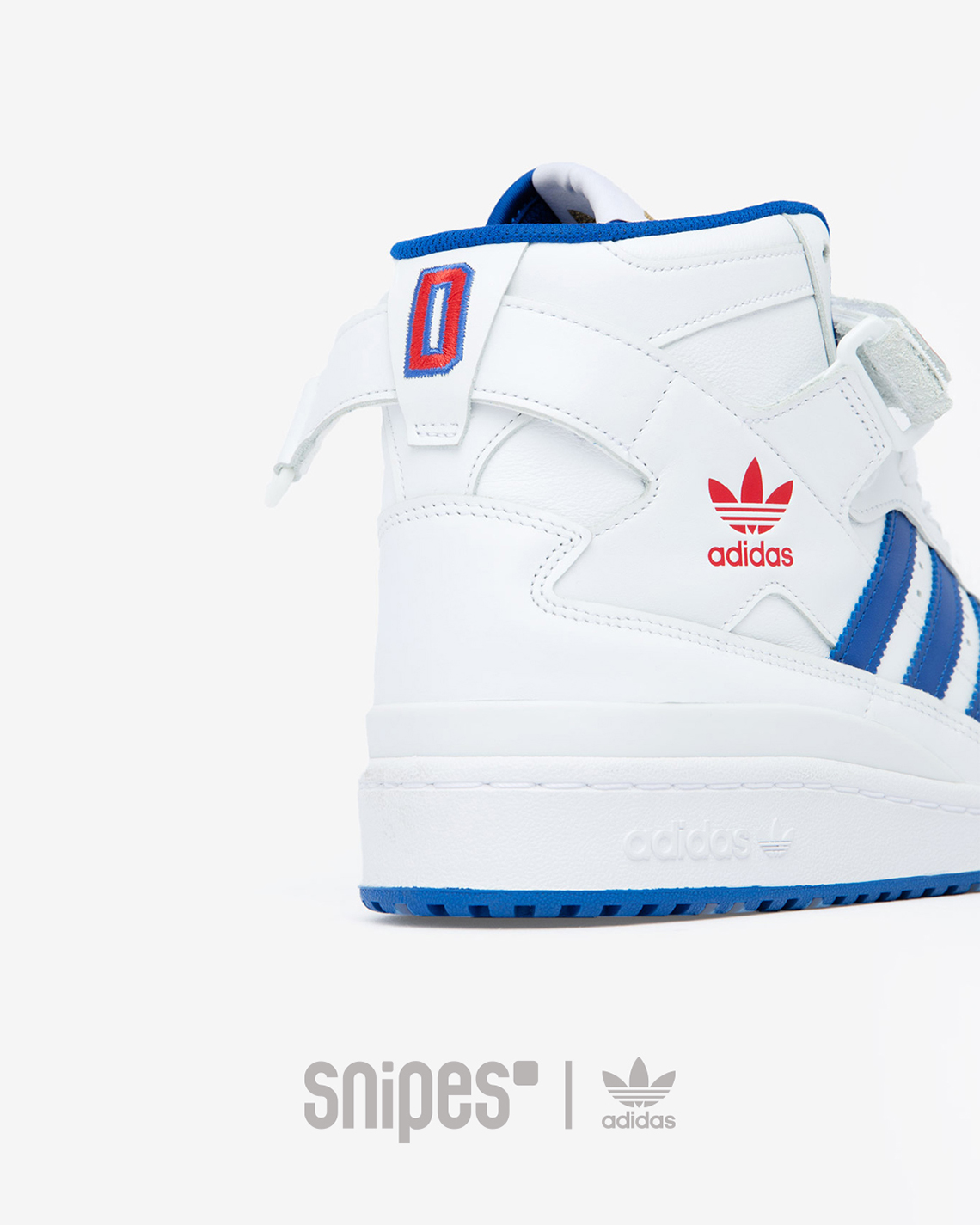