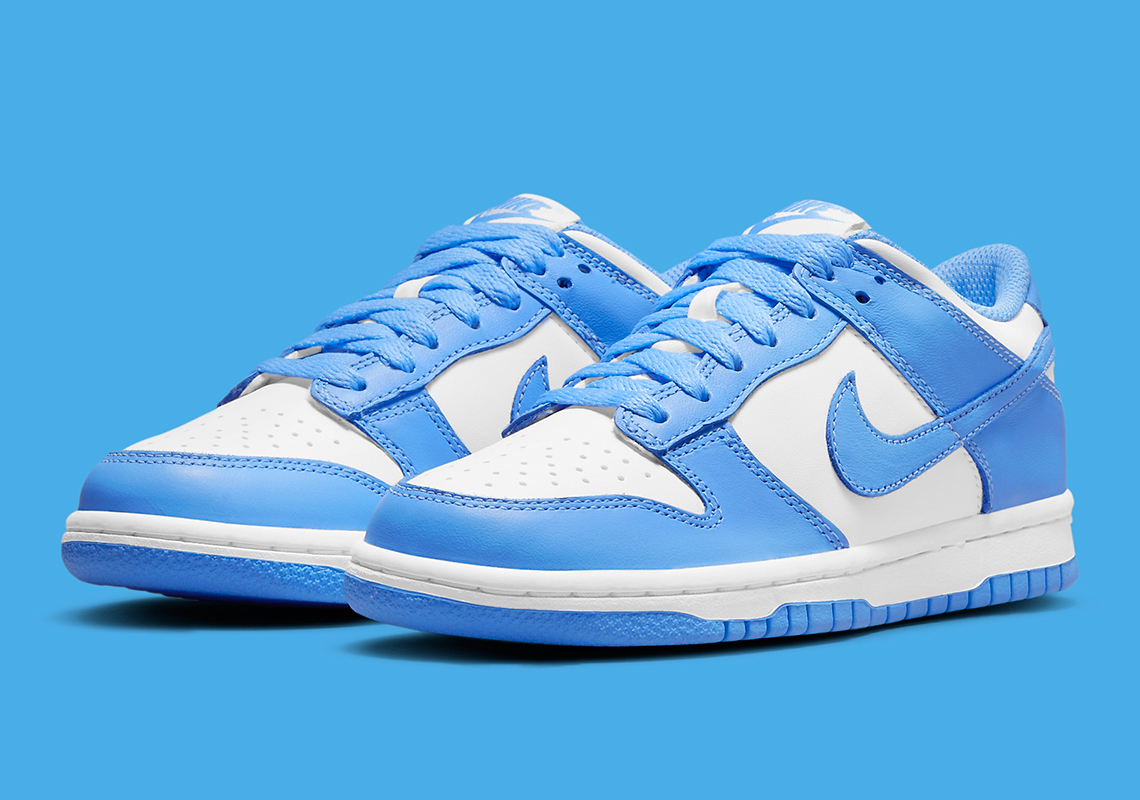 The Nike Dunk Low “University Blue” Releases On May 20th

A short-lived return to the Nike By You platform was interpreted by countless sneaker enthusiasts as the beginning of the end for the Nike Dunk Low‘s dominate, mainstream rebirth. Yet, as dozens of new in-line colorways have suggested, the model is nowhere near comfortable with returning to obscurity. For one of its next propositions, it has surfaced in a compelling “White/University” colorway.

While near identical to the women’s Dunk Low “Coast” that launched in February, the forthcoming pair (set to arrive in men’s sizing) features minimal differences. A “White” smooth leather base sets the stage for the Nike Dunk‘s signature panels, which indulge in the fan-favorite “University Blue” hue that recently took over the Air Jordan 1. Unlike the aforementioned option for women, however, the newly-surfaced proposition sports the titular tone on the “NIKE” branding on the tongue and heel; its counterpart boasts a starkly-contrasting “University Gold”. Underfoot, the made-for-basketball sole unit maintains the shoe’s two-tone makeup.

Enjoy images of the Dunk Low “University Blue” ahead, and expect a Nike SNKRS launch before summer ends. 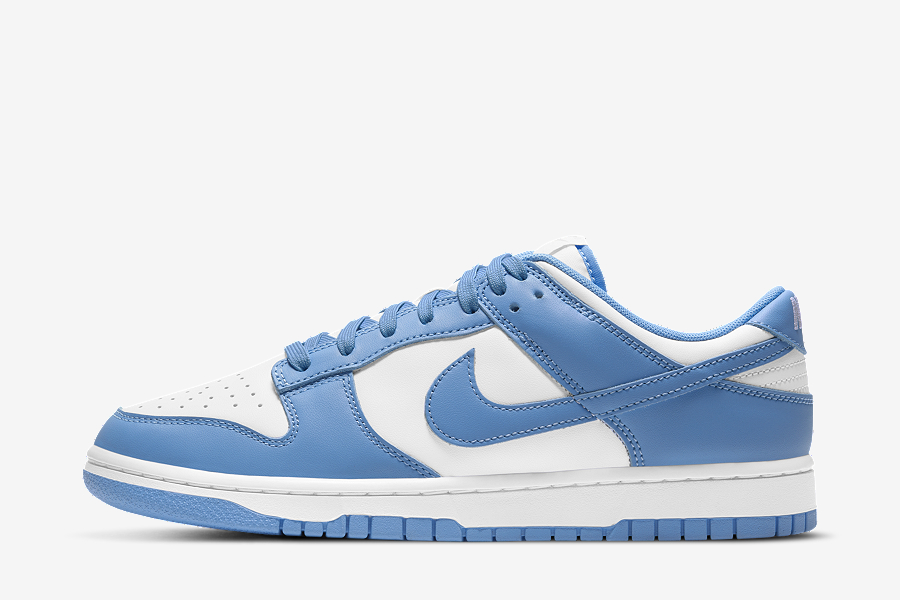 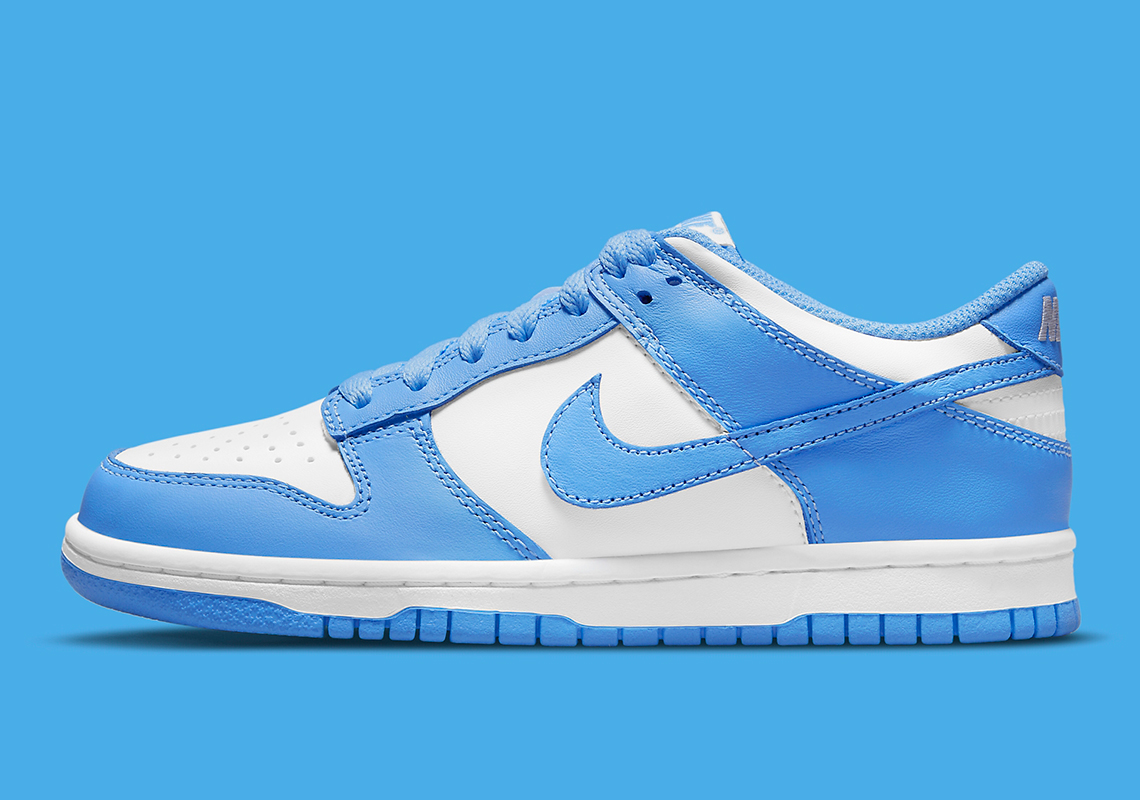 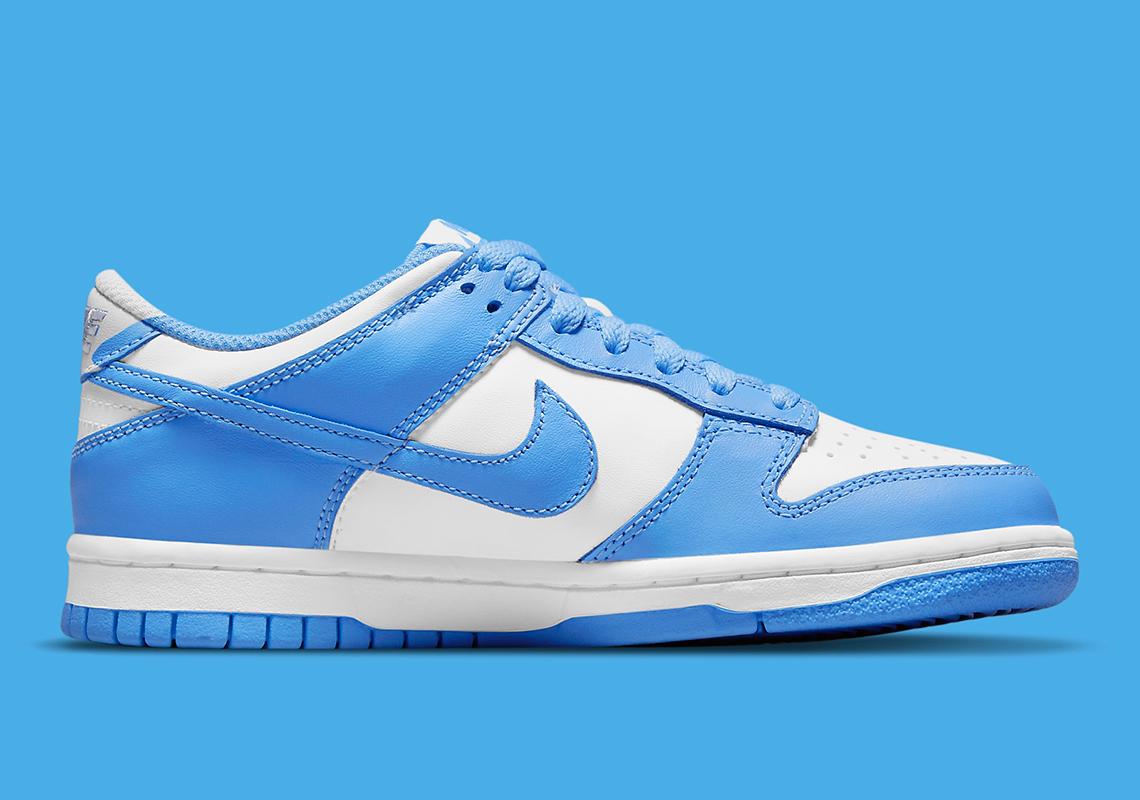 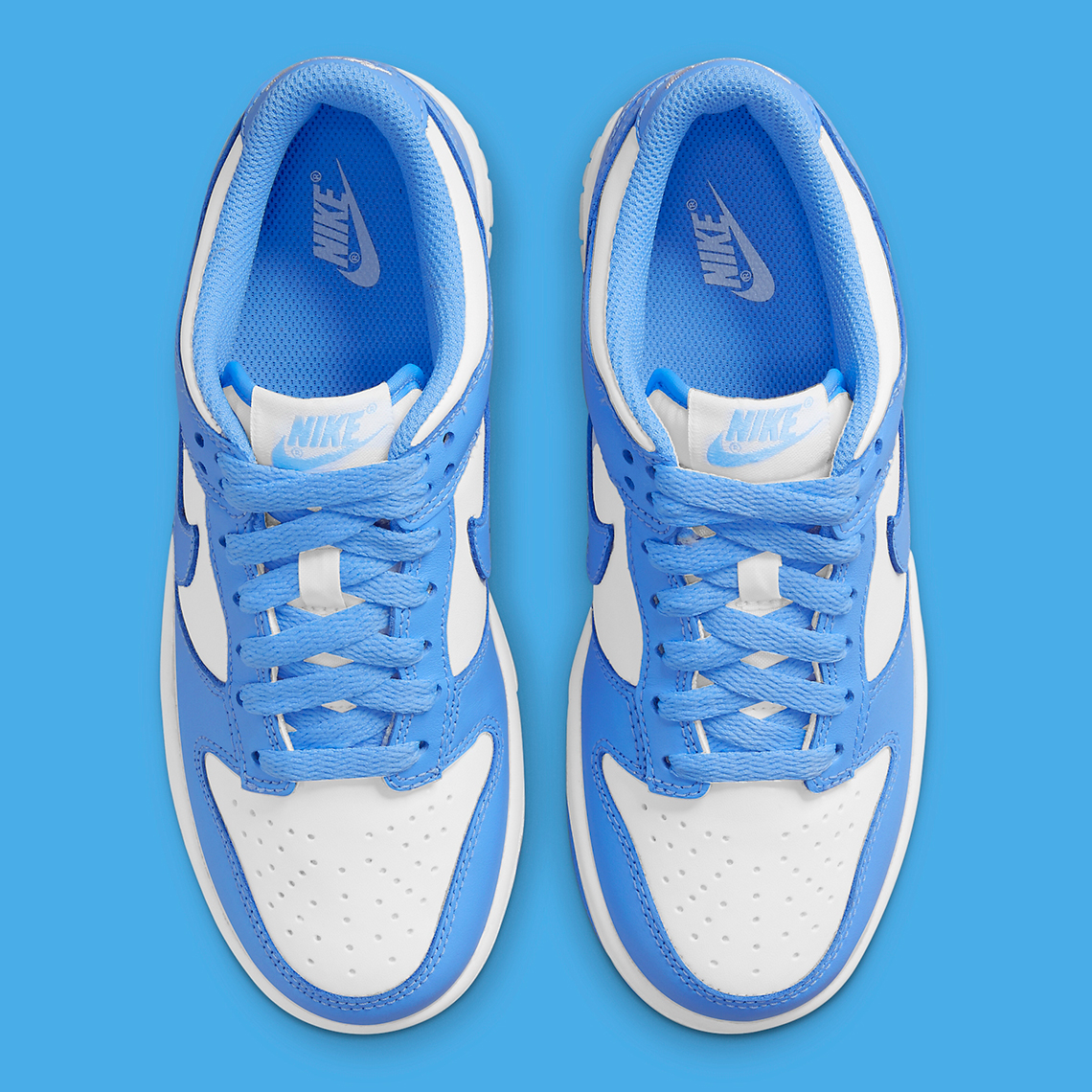 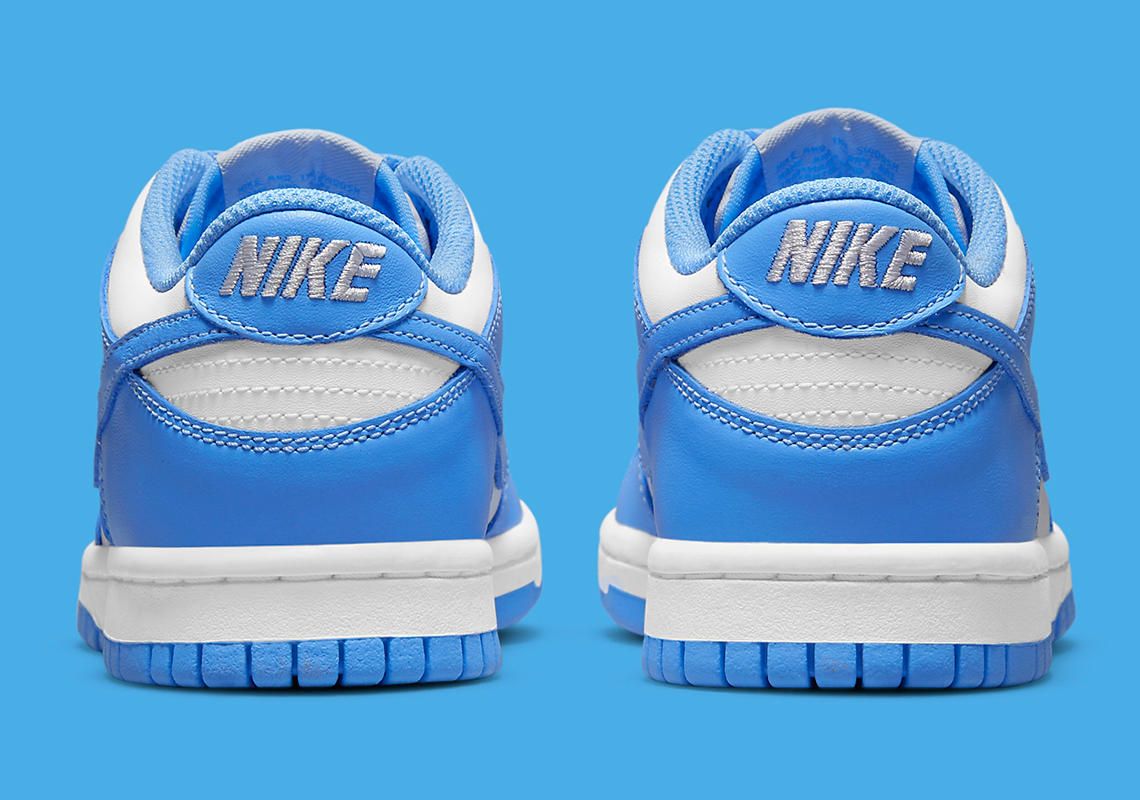 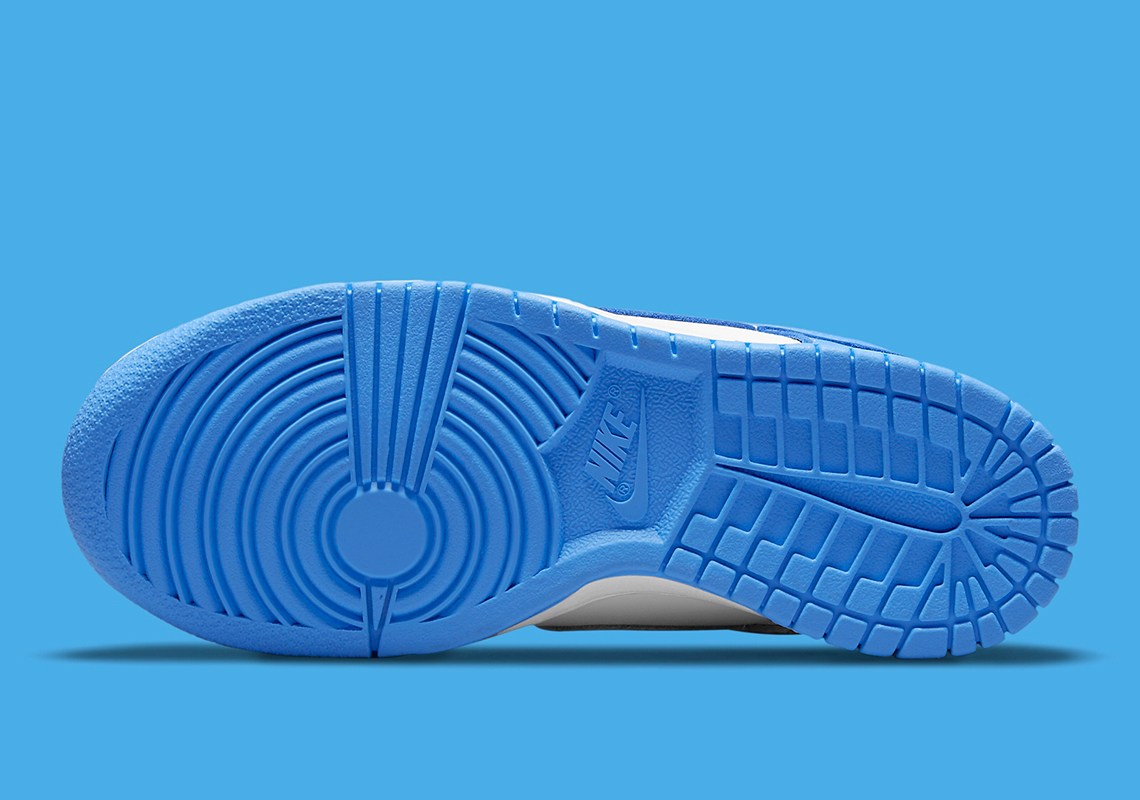 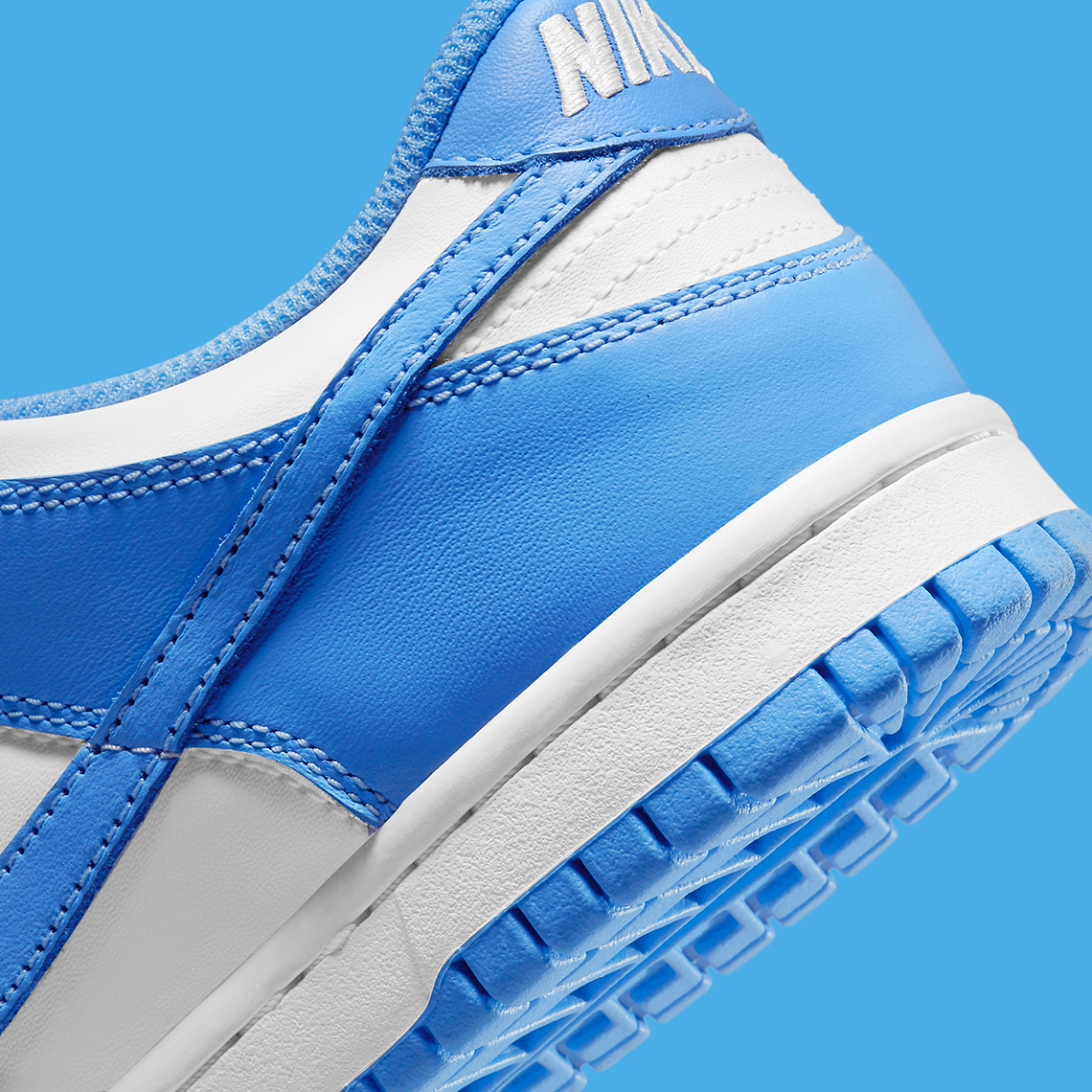 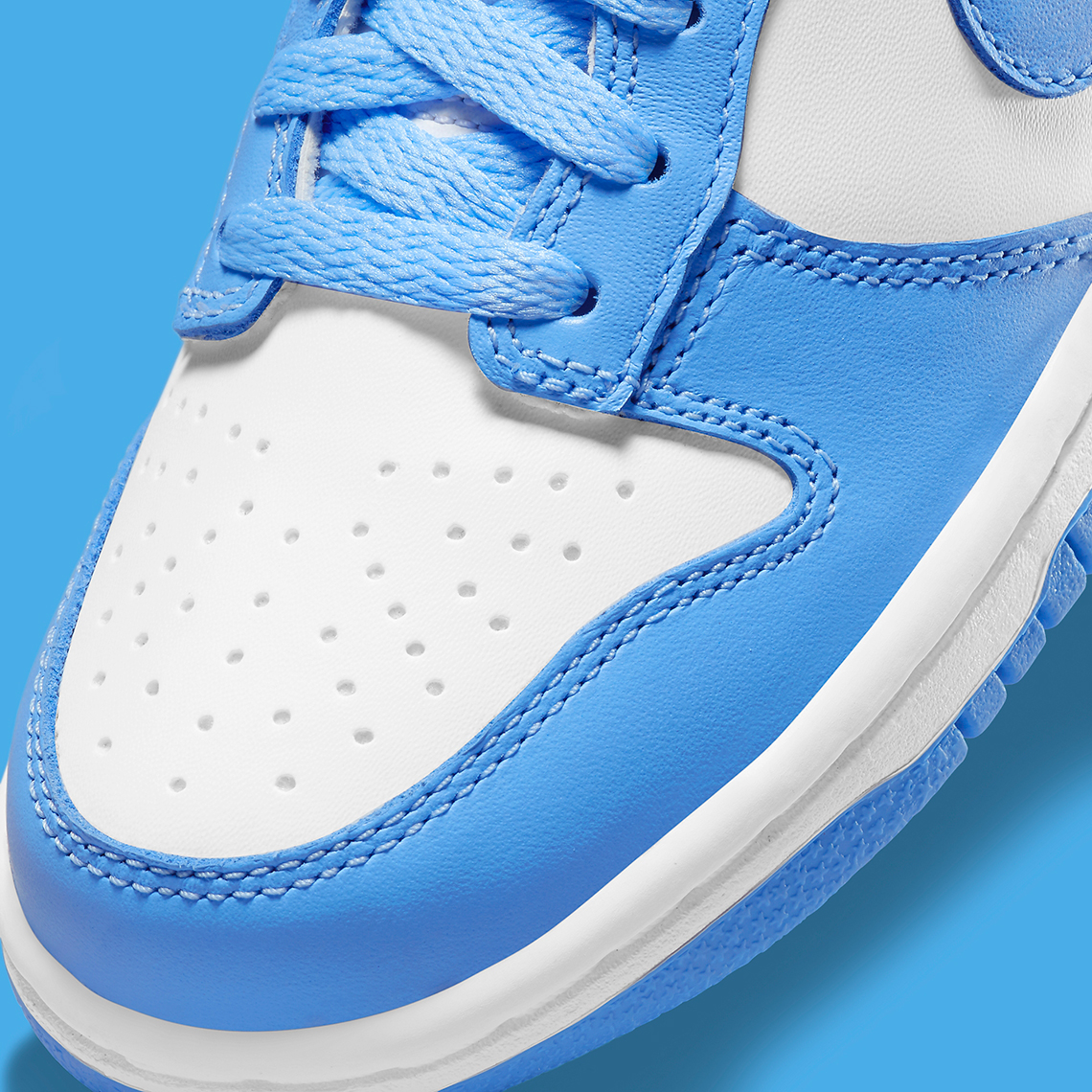 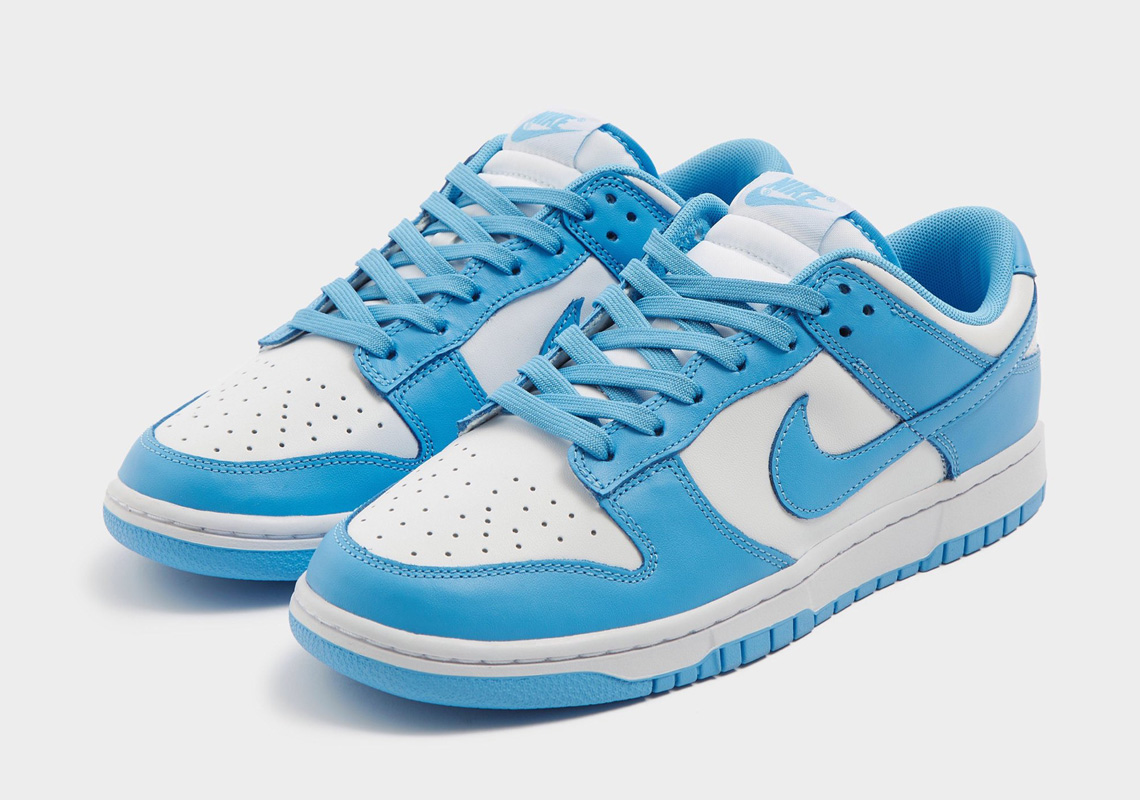 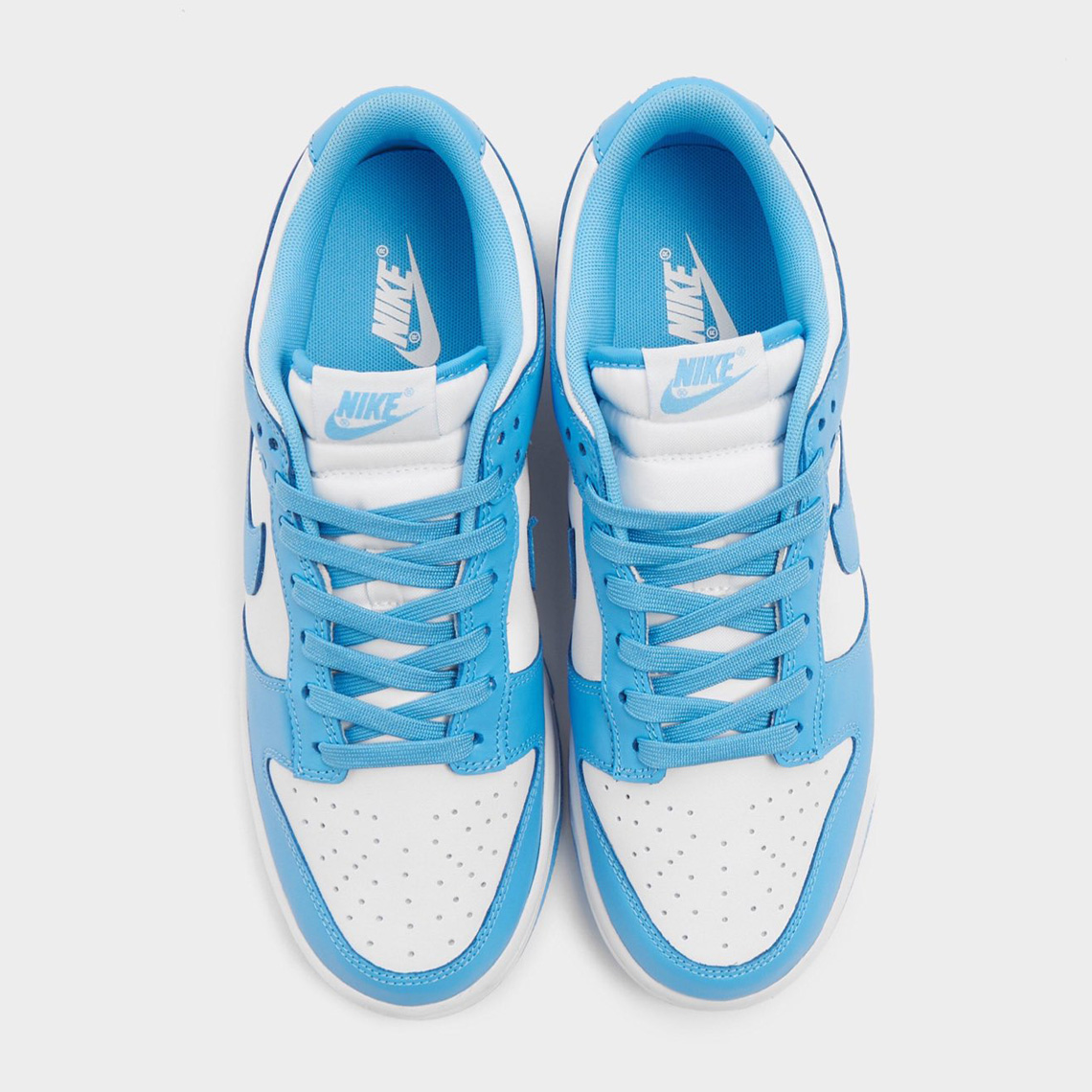 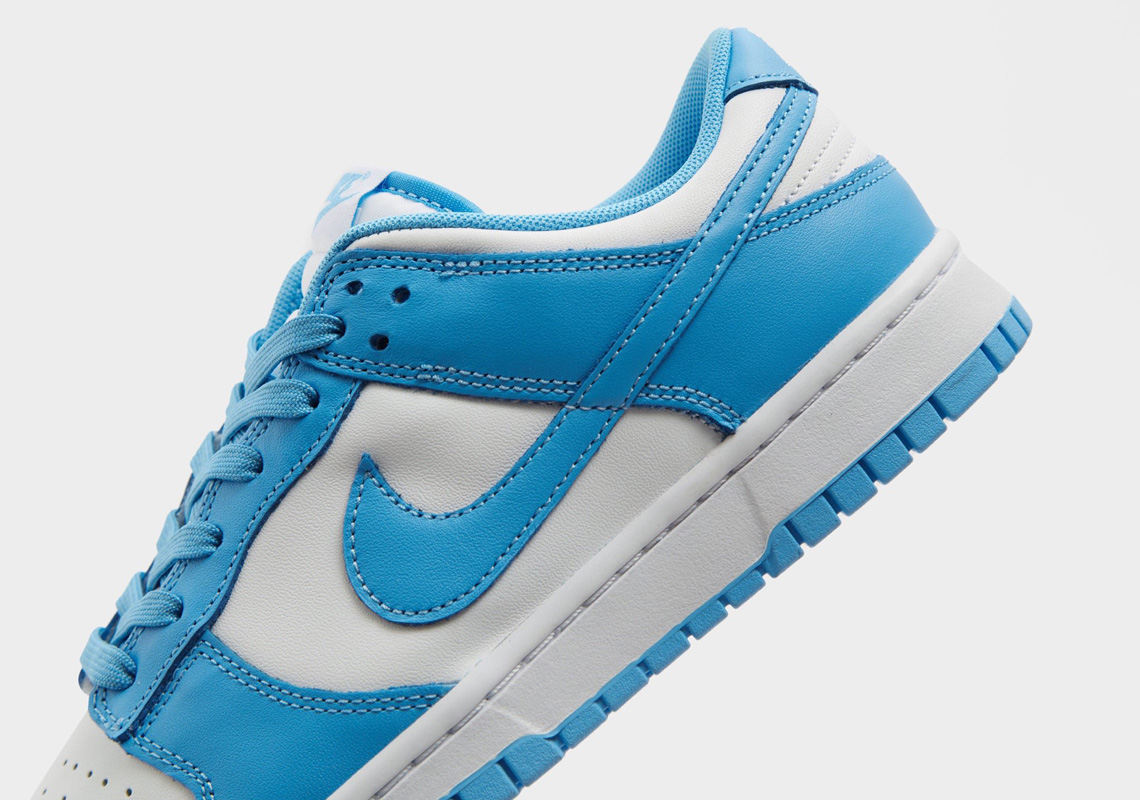