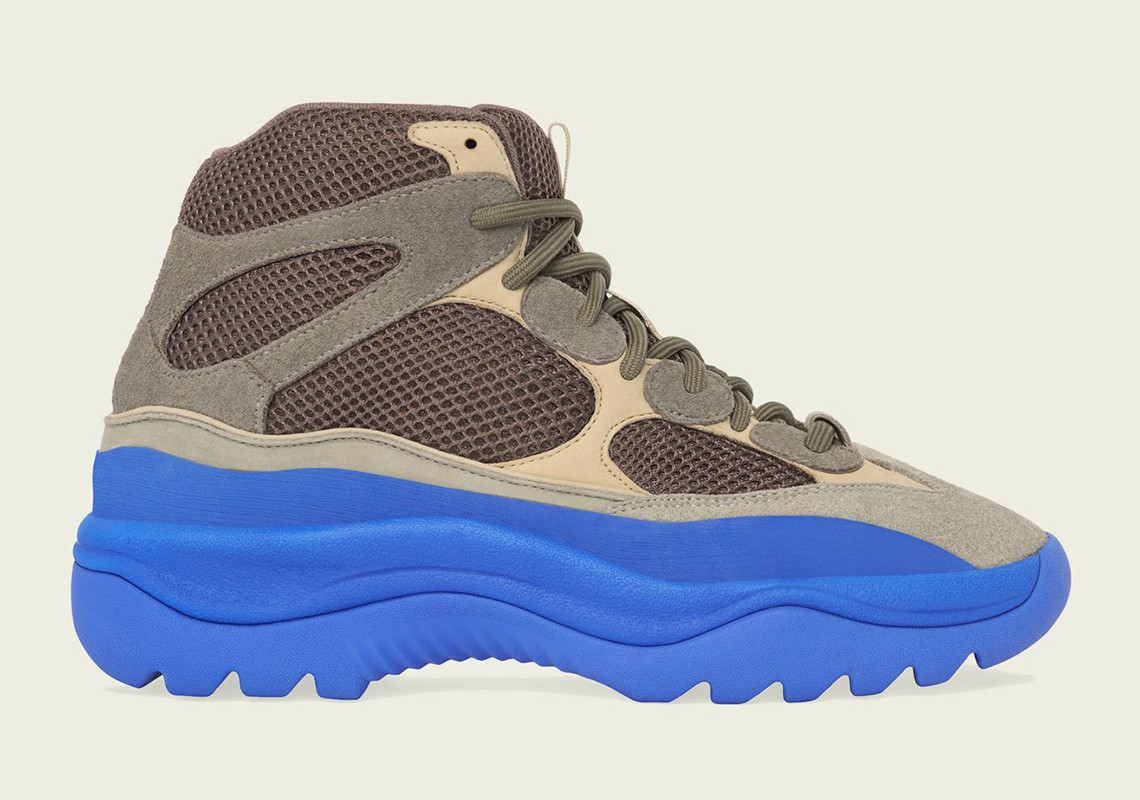 adidas Yeezy is bringing back quite a few old favorites for 2021. Following the re-release of the 700 v2 “Cream” this past weekend, the brand is preparing for the Yeezy Desert Boot‘s return two years after its last appearance. Here, the model mixes old palettes with bright blue soles for a colorway appropriately dubbed the “Taupe Blue.”

The model retains many of the same materials as its predecessors. Mesh dresses the foundation, colored dark in a deep brown shade. Over top that, layers of tan and slate complement in leather and suede, respectively. The latter dresses the counter as well as the eyestays and laces, while the former mirrors underneath. The toe cap and mudguard, then, contrast by a slight margin, hued in what is best described as a less saturated cream. Below, the rubberized tooling steals the spotlight as it masks itself fully in a saturated blue.

For a better look at what to expect, see the images below. A release is due to arrive on March 29th at a retail of $200 USD.

In other news, the Wotherspoon adidas Superstar SUPEREARTH is returning in a new, black colorway. 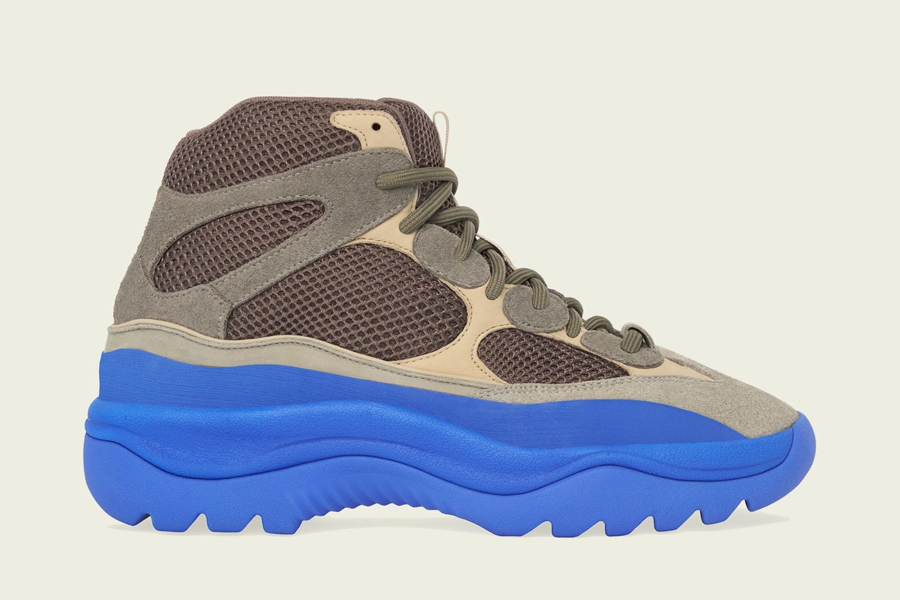 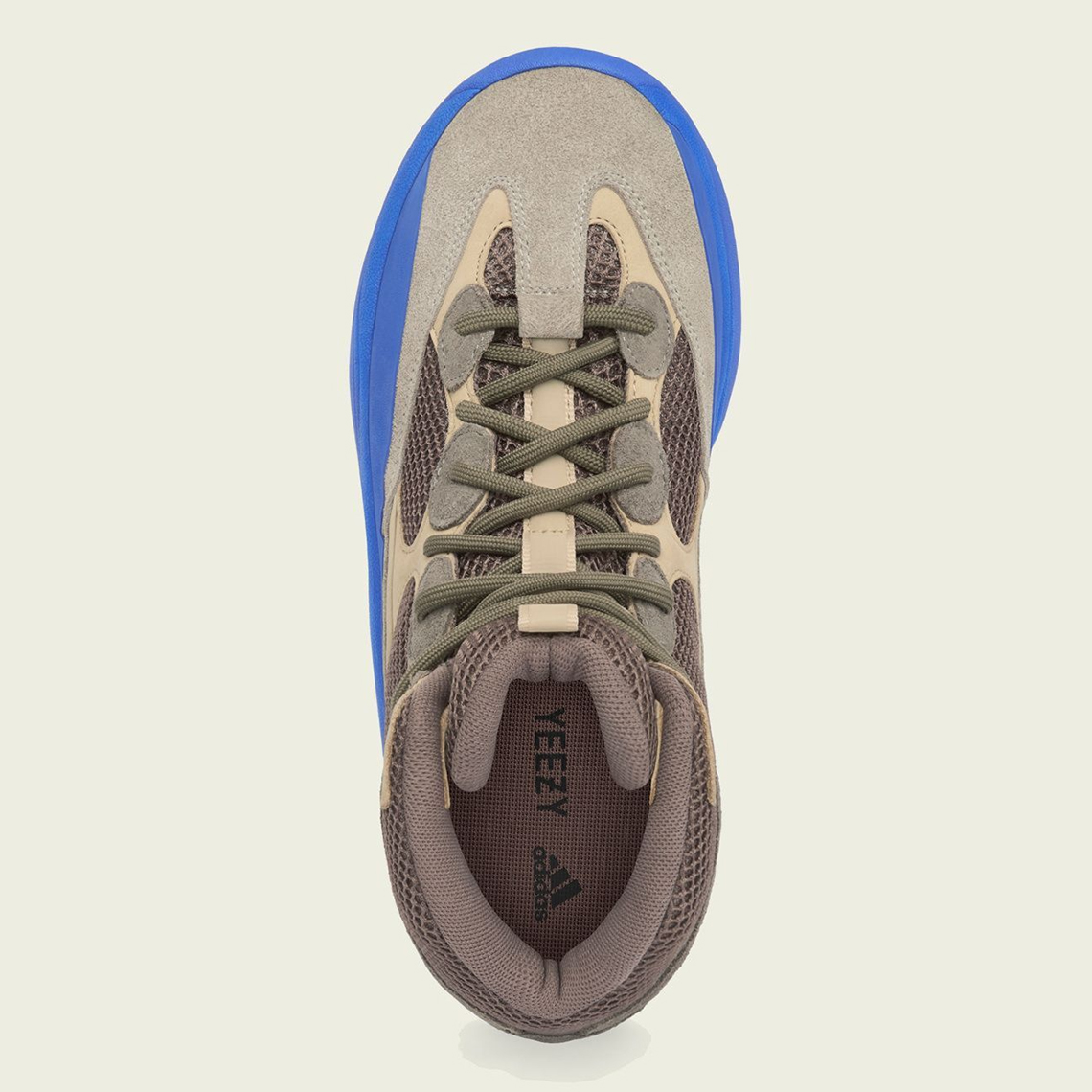 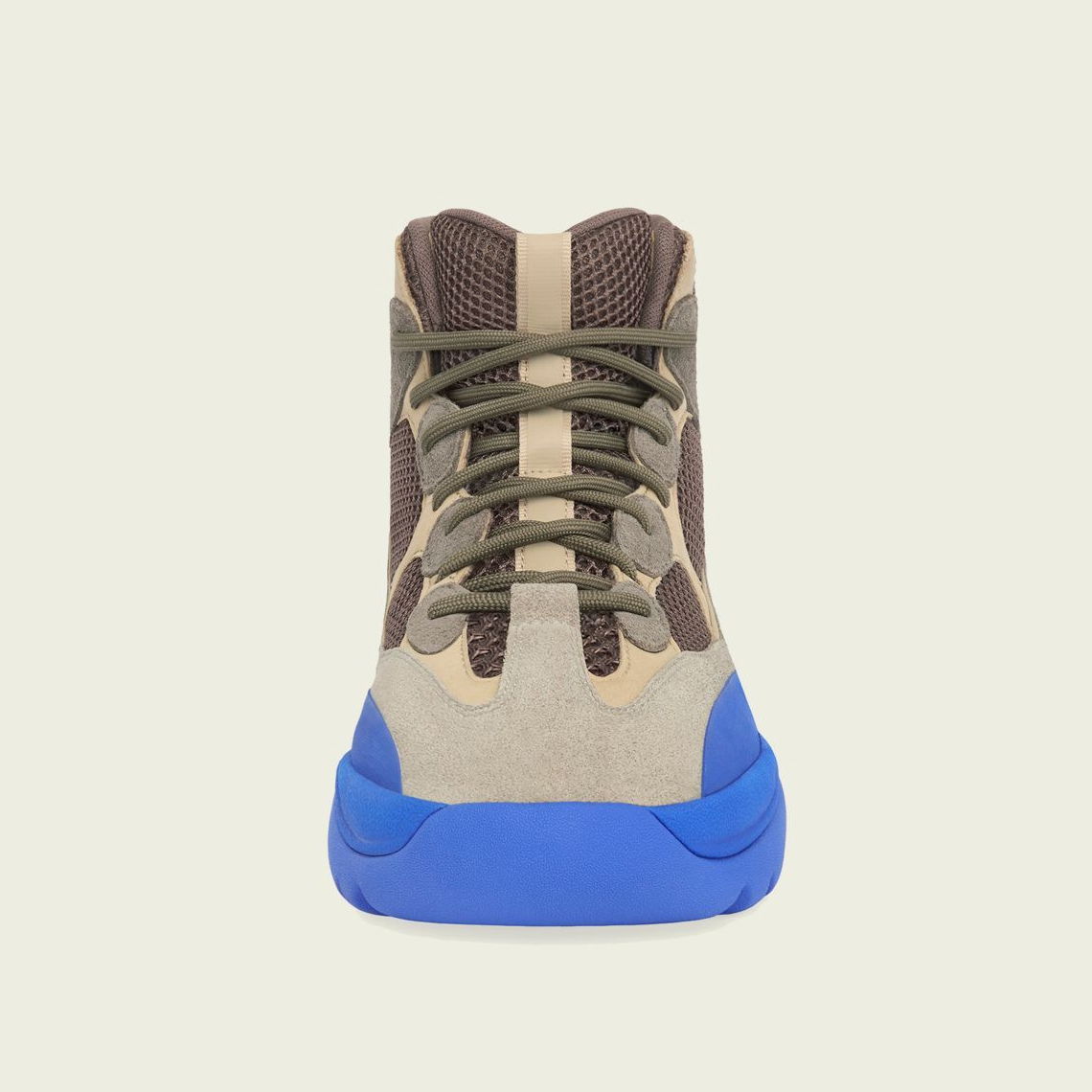