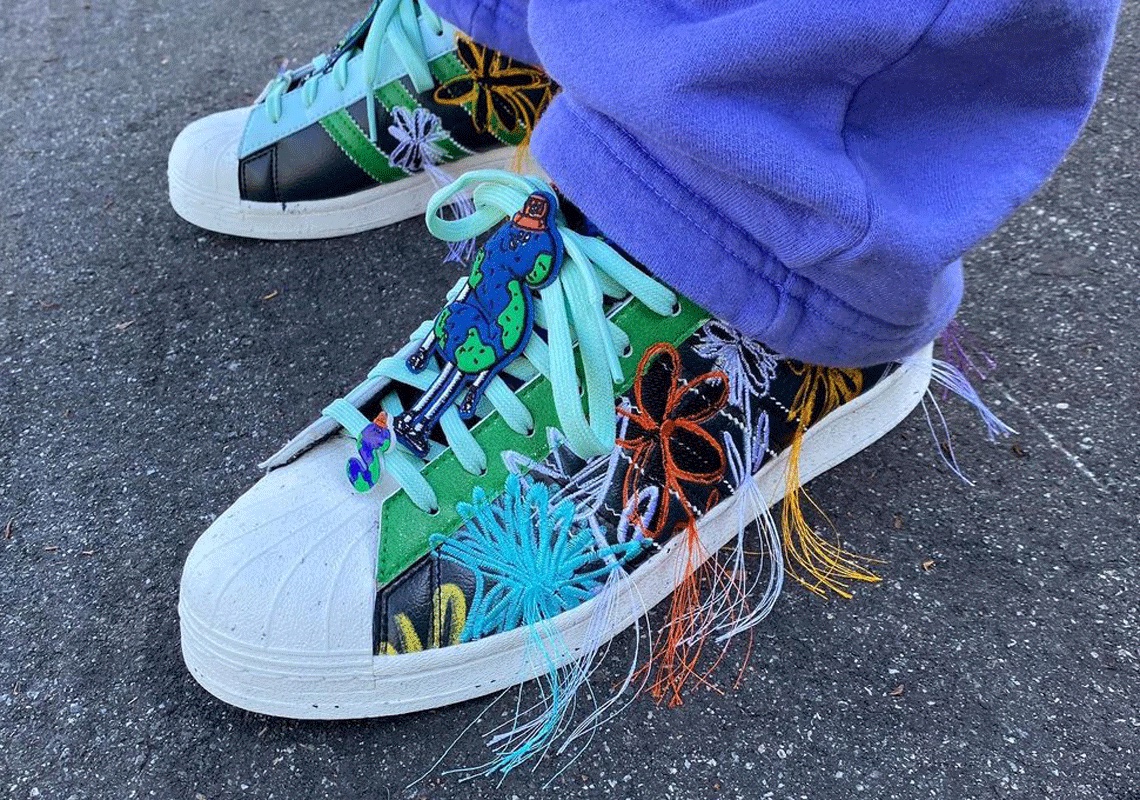 Sean Wotherspoon has repeatedly demonstrated that he understands product. With his adidas partnership, the Virginia-native hasn’t missed a beat, all while fighting to save the planet he’s currently occupying. Although originally set to launch exclusive in China, the Superstar SUPEREARTH‘s black colorway is now set to release globally.

Akin to Wotherspoon’s work with other brands before the Three Stripes, the forthcoming pair indulges in an assortment of colors. However, the application is more “haphazard” than on previous collaborations given that embroidery on the profiles dangles beyond the shoe’s body. Some collectors of the original “SUPEREARTH” release have taken to social media to show how they’ve trimmed the loose threads, but the Round Two co-owner has publicly embraced the shell-toe’s “imperfect” aesthetic. Animal-free materials partake in off-white, green and light blue shades, but sidewalls boast the biggest change from Wotherspoon’s inaugural Superstar: black paneling. Playful “SUPEREARTH” attachments on the laces deliver more colorful flair to the adidas Originals icon.

Enjoy images of the shoes here below, and anticipate an adidas.com launch around April 22nd (Earth Day).

For more from the German sportswear manufacturer, check out all confirmed and rumored 2021 Yeezy release dates. 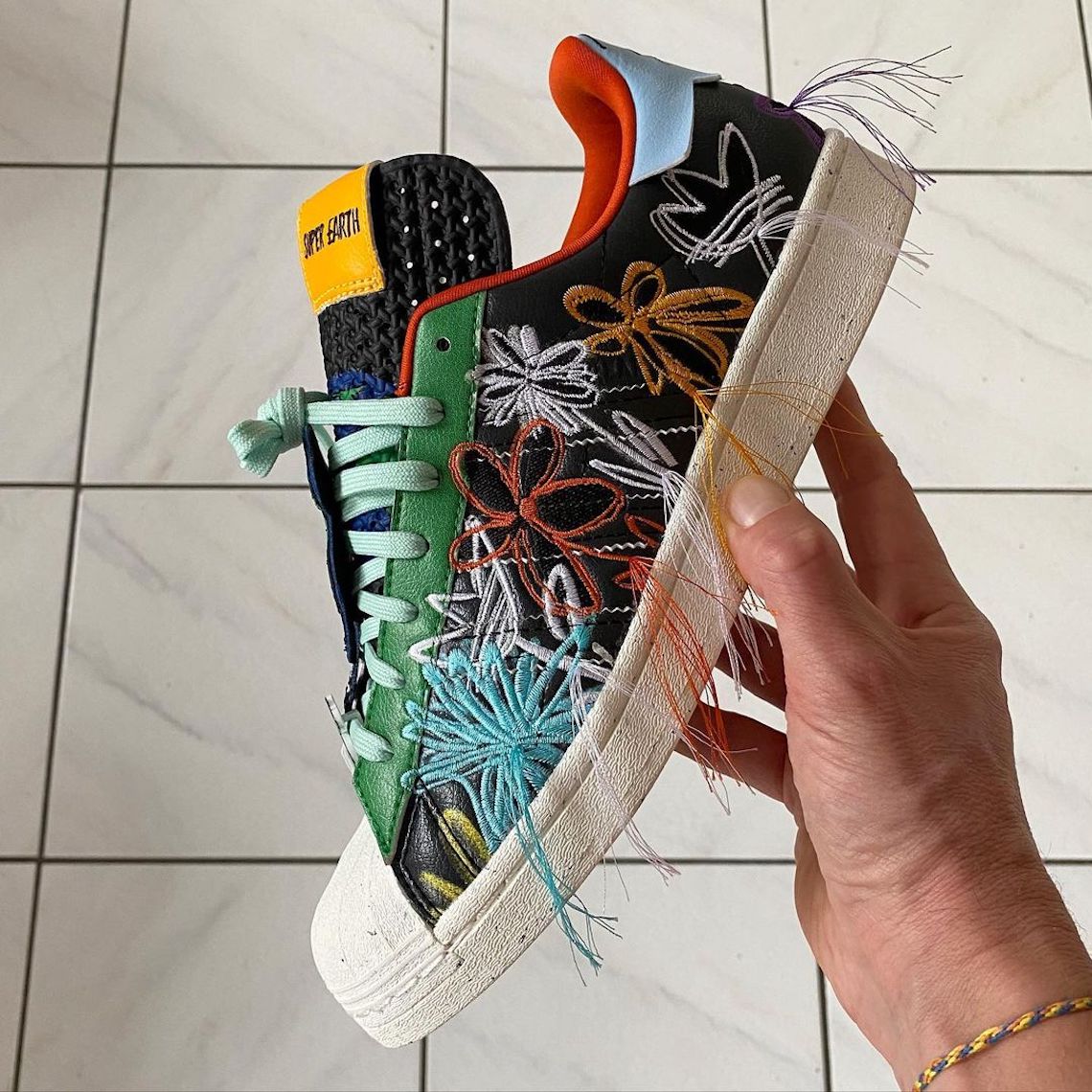 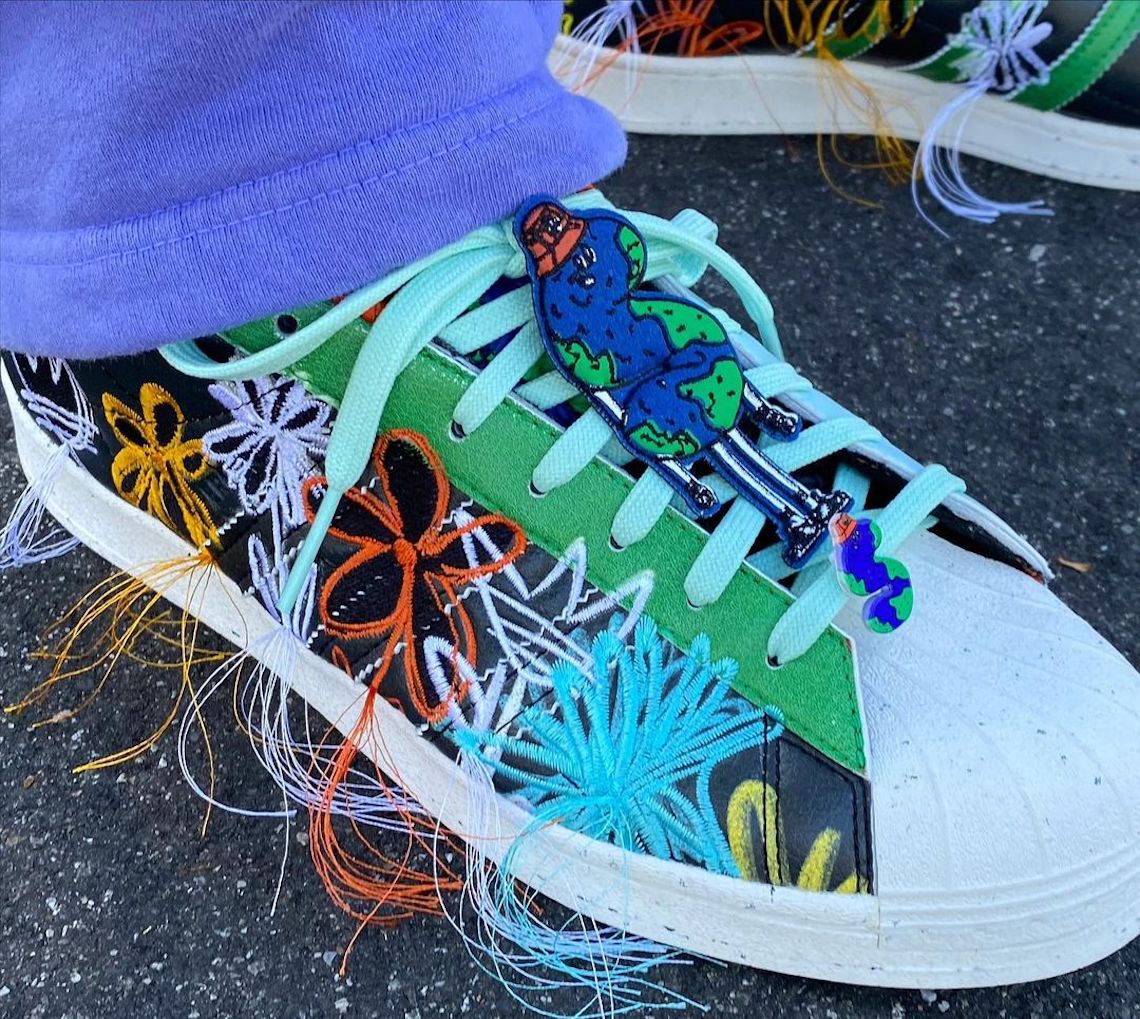 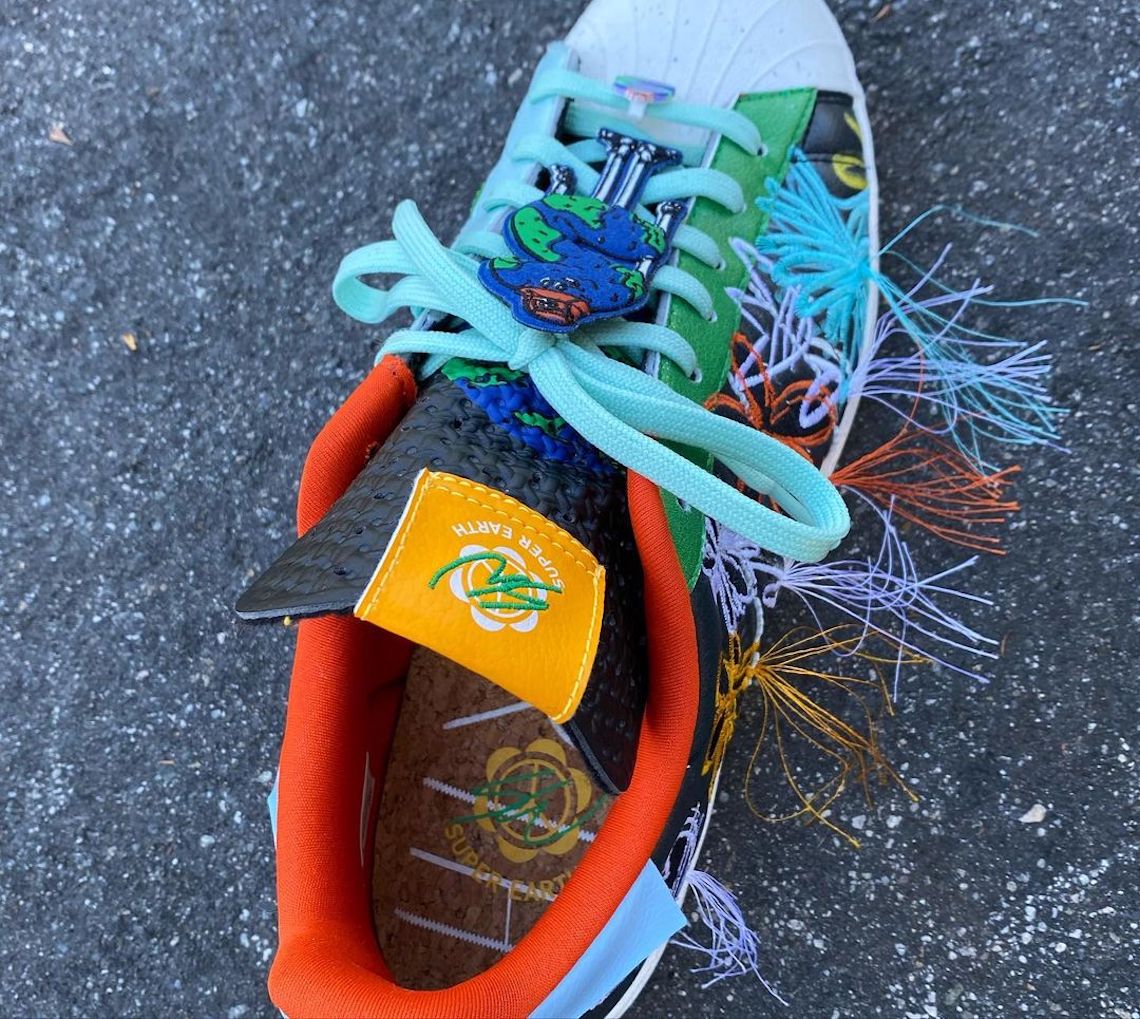 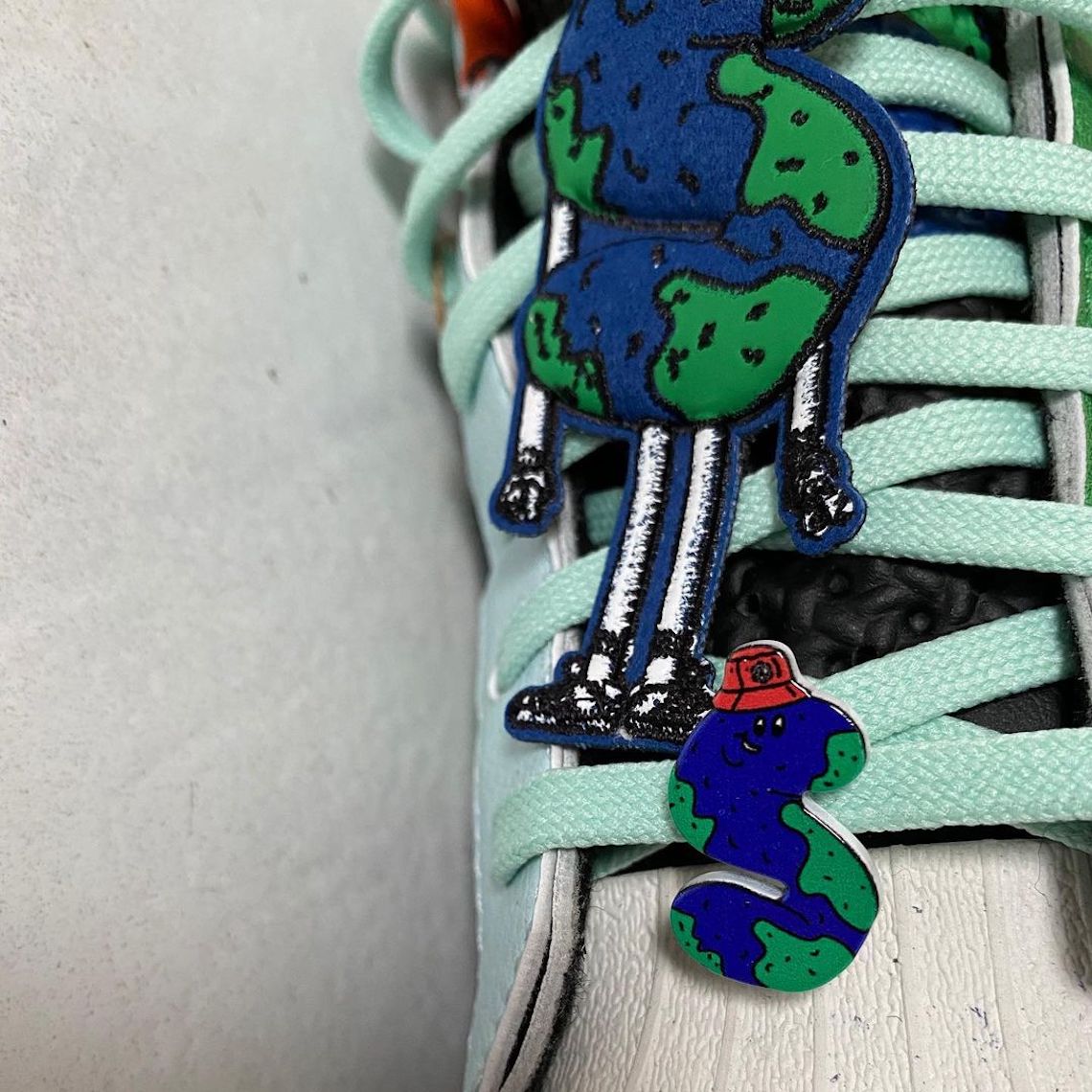