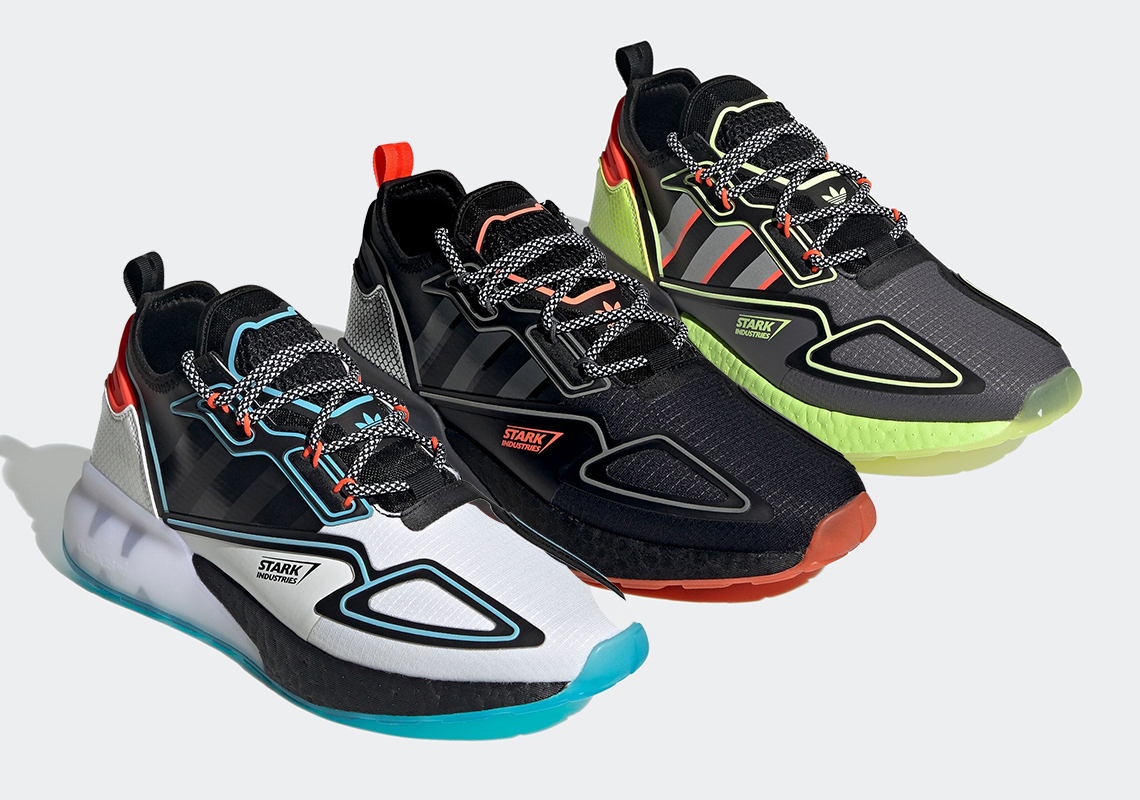 Disney and adidas aren’t strangers to each other. Previous collaborations have highlighted members of the Pixar and Star Wars universes, but the latest capsule turns its attention to the world of Marvel. Although it doesn’t recreate a particular character, an upcoming trio of the ZX 2K BOOST nods to Stark Industries.

Akin to Tyler “Ninja” Blevins’ endeavors with the Three Stripes, the newly-surfaced pairs indulge in a healthy mix of understated and eye-catching tones. Black, grey and white bases set the stage for respective orange, neon green and vibrant blue contrast. The modern-day proposition inspired by the ZX line of the 1980s forgoes bold red and shimmering gold hues informed by Tony Stark’s Ironman suit in favor of the aforementioned blends possibly inspired by the Howard Stark-founded company’s many notable designs. Although Marvel personnel-informed styles are surely in the works, their predecessor is simply stamped with the fictional corporation’s name on the lateral mid-foot, right underneath profile 3-Stripes.

Enjoy images of the forthcoming capsule here below, and anticipate the trifecta arriving to adidas.com soon.

For more from the German sportswear manufacturer, check out all confirmed and rumored new Yeezys. 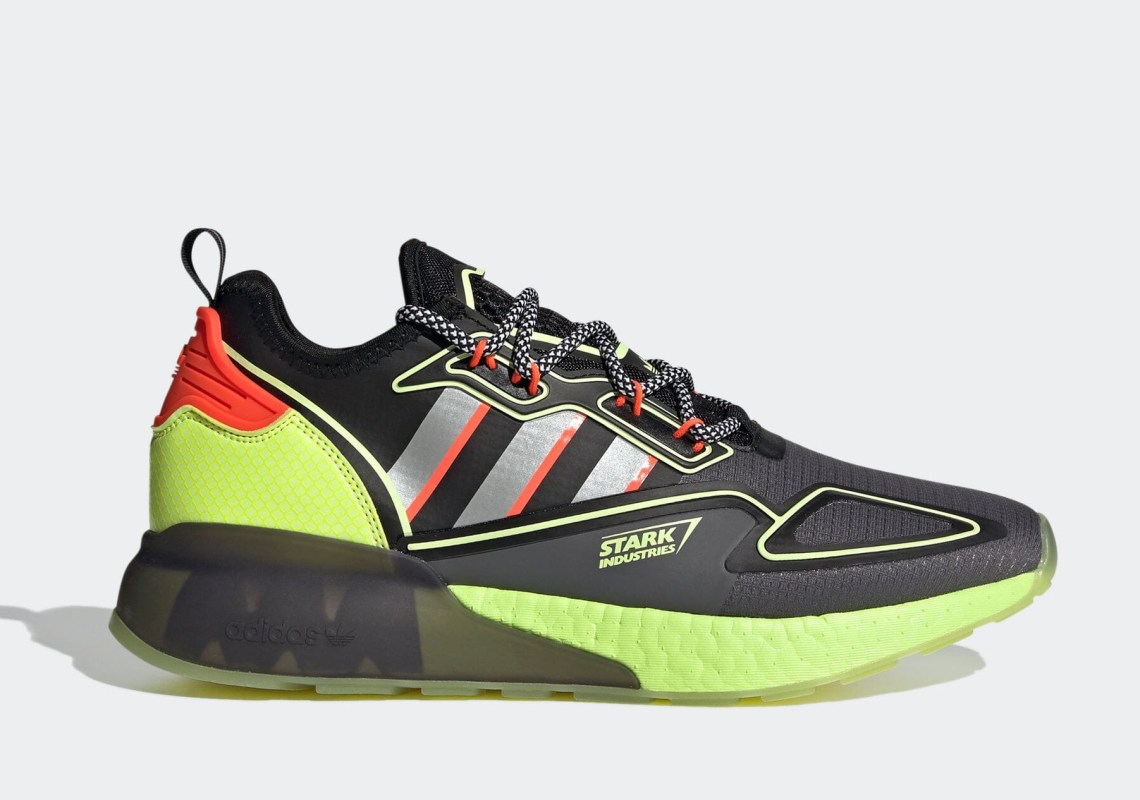 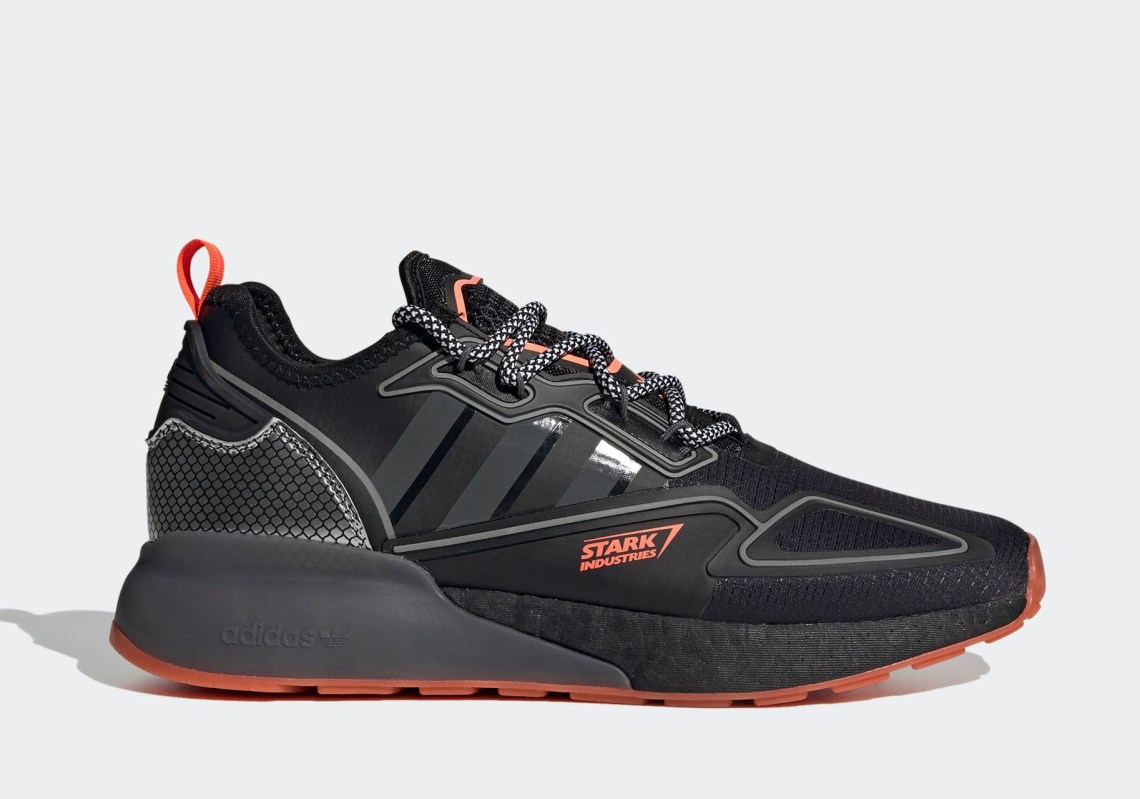 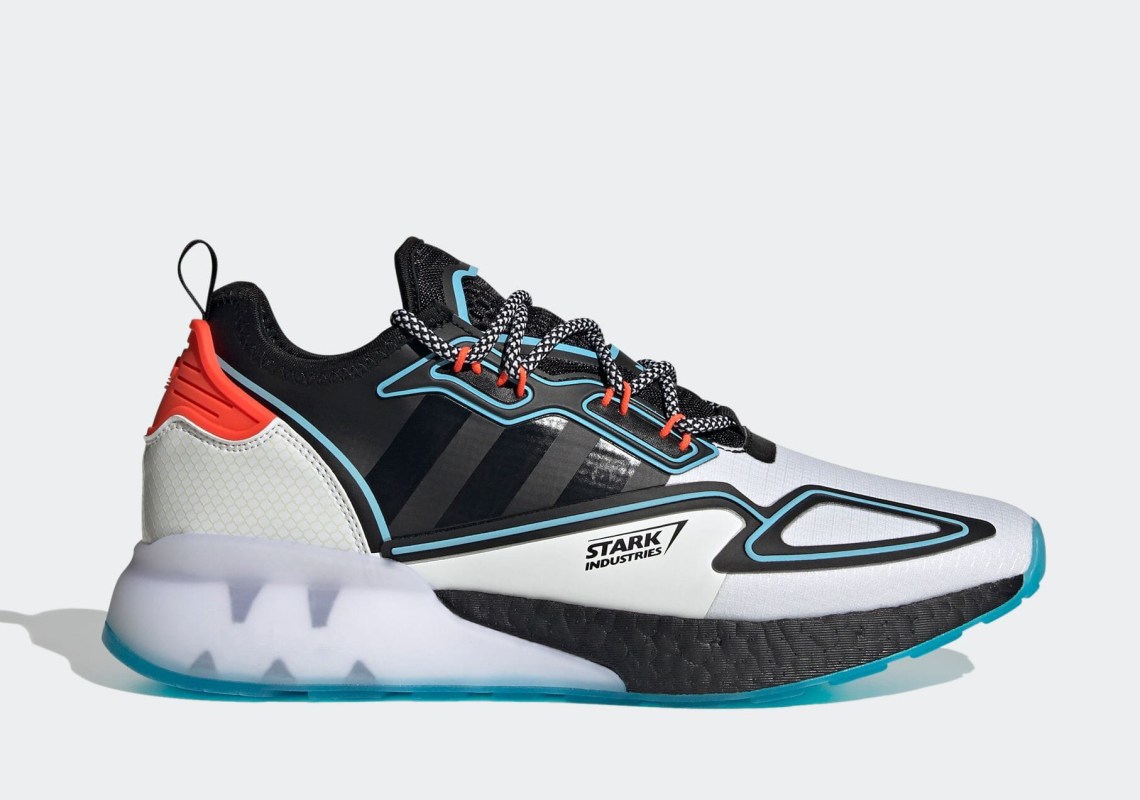