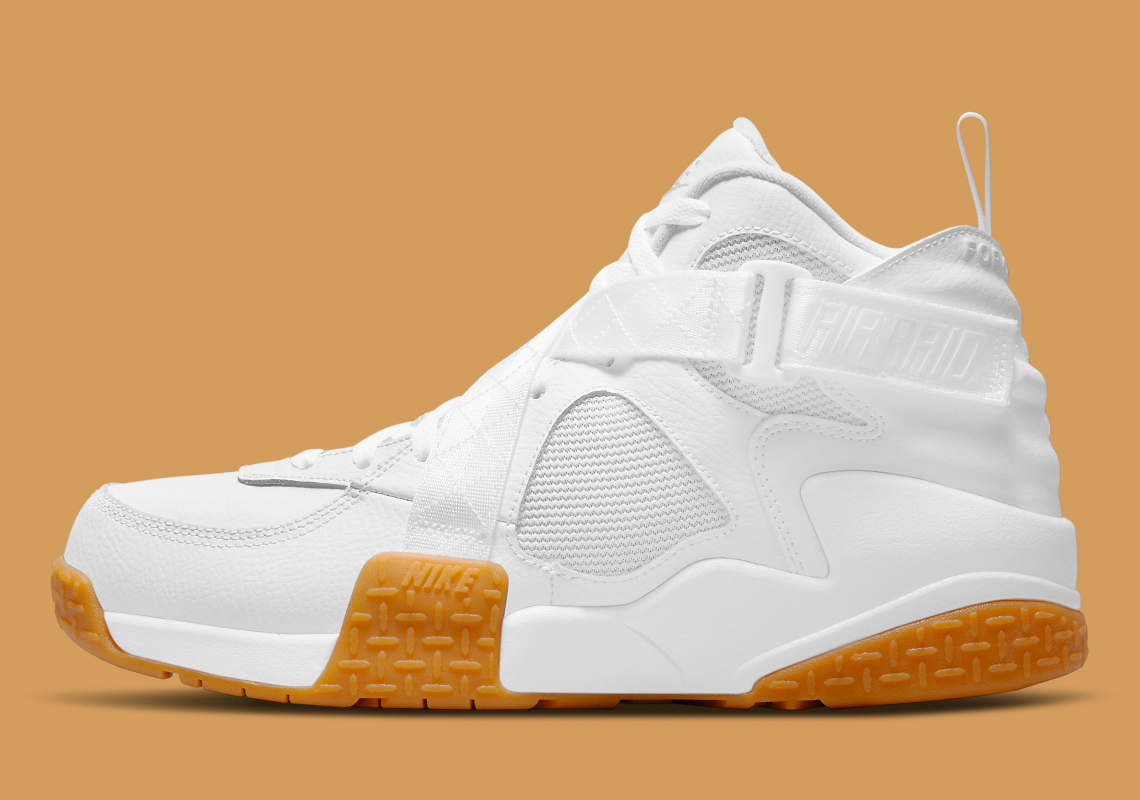 Despite being an icon within Nike Basketball’s stories catalog, the Nike Air Raid has historically been overshadowed by other hoops sneakers from the ‘90s. While with NIKE, Inc., Jerry Lorenzo brought attention to the silhouette, which culminated with a reissue of its original colorway before 2020 ended. The outdoors-only model has indulged in a summer-appropriate, “White/Gum Light Brown” style for its next endeavor.

The mix of synthetic leather and breathable mesh that makes up the majority of the Air Raid’s upper boats a tonal “colorless” look. Tongues, pull tabs and branding “X” lockdown straps follow suit. Underfoot, the story mostly remains the same, as durable midsole cushioning also appears in “White”. While not the most optimal arrangement in which to play outdoors basketball, the light-colored proposition complements the light gum bottom to deliver the perfect sneaker to hang around in for the summer.

An official release date is currently scheduled for May 1st. While you wait, continue ahead to enjoy images of the shoes.

Elsewhere under the Swoosh umbrella, the Air Force 1 continues to celebrate its 39th anniversary in style. 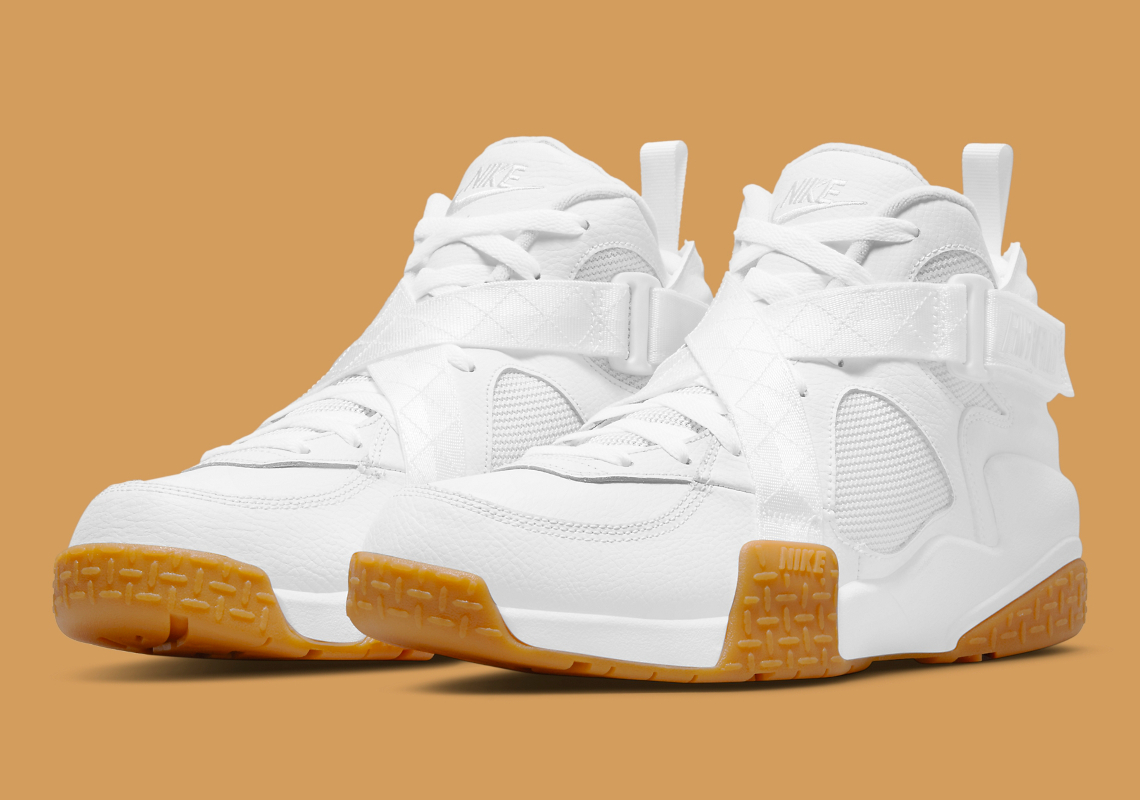 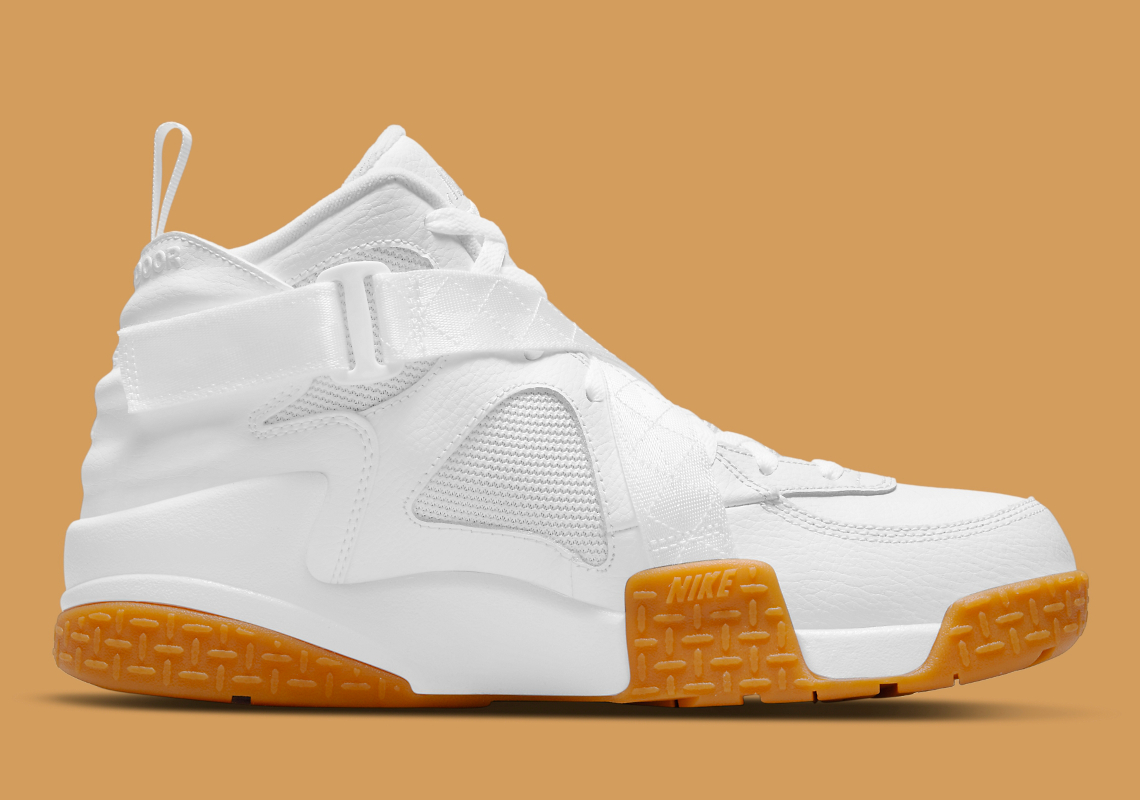 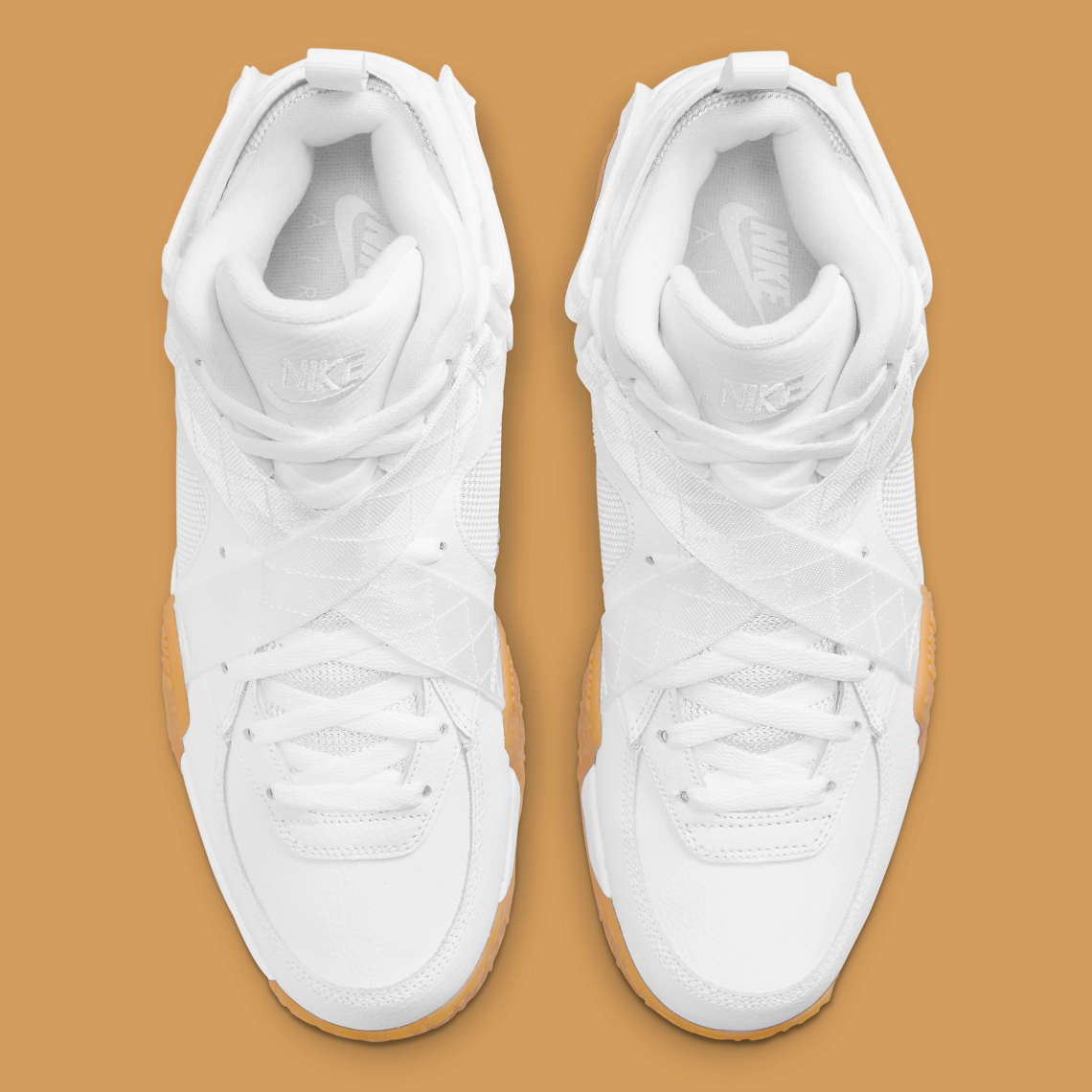 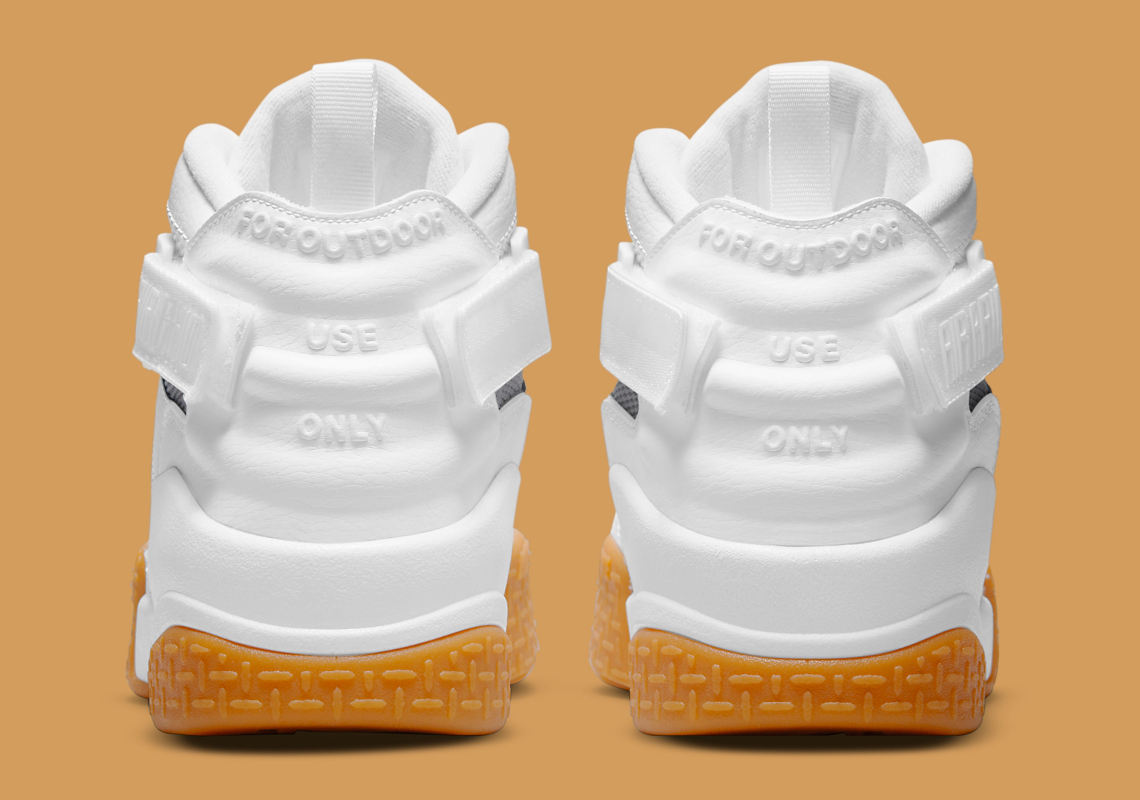 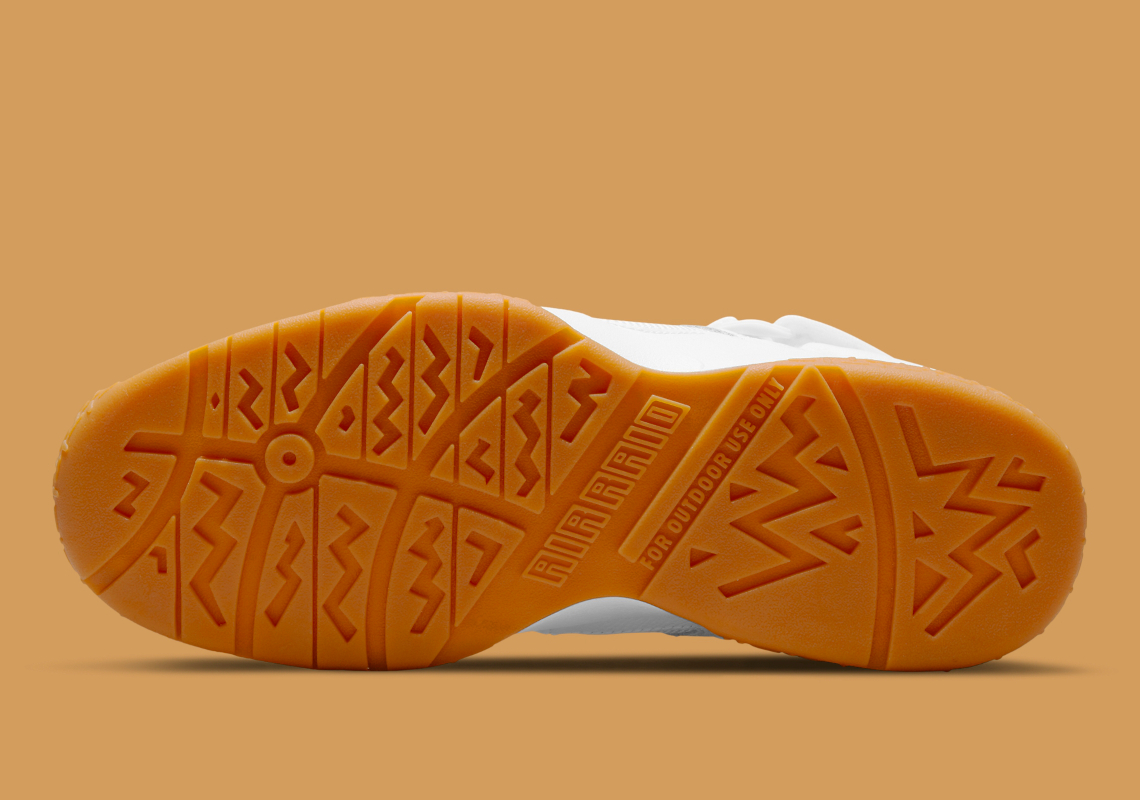 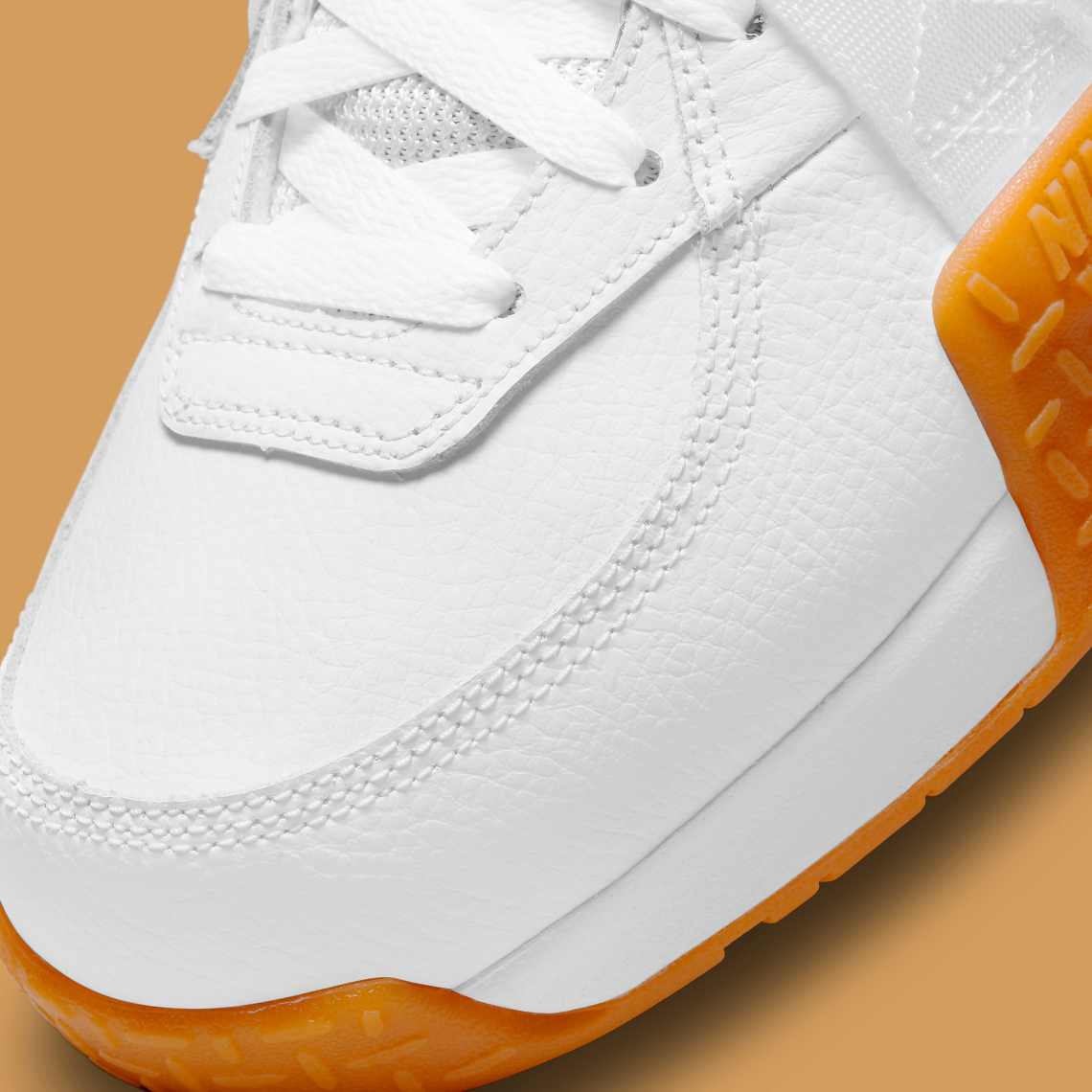 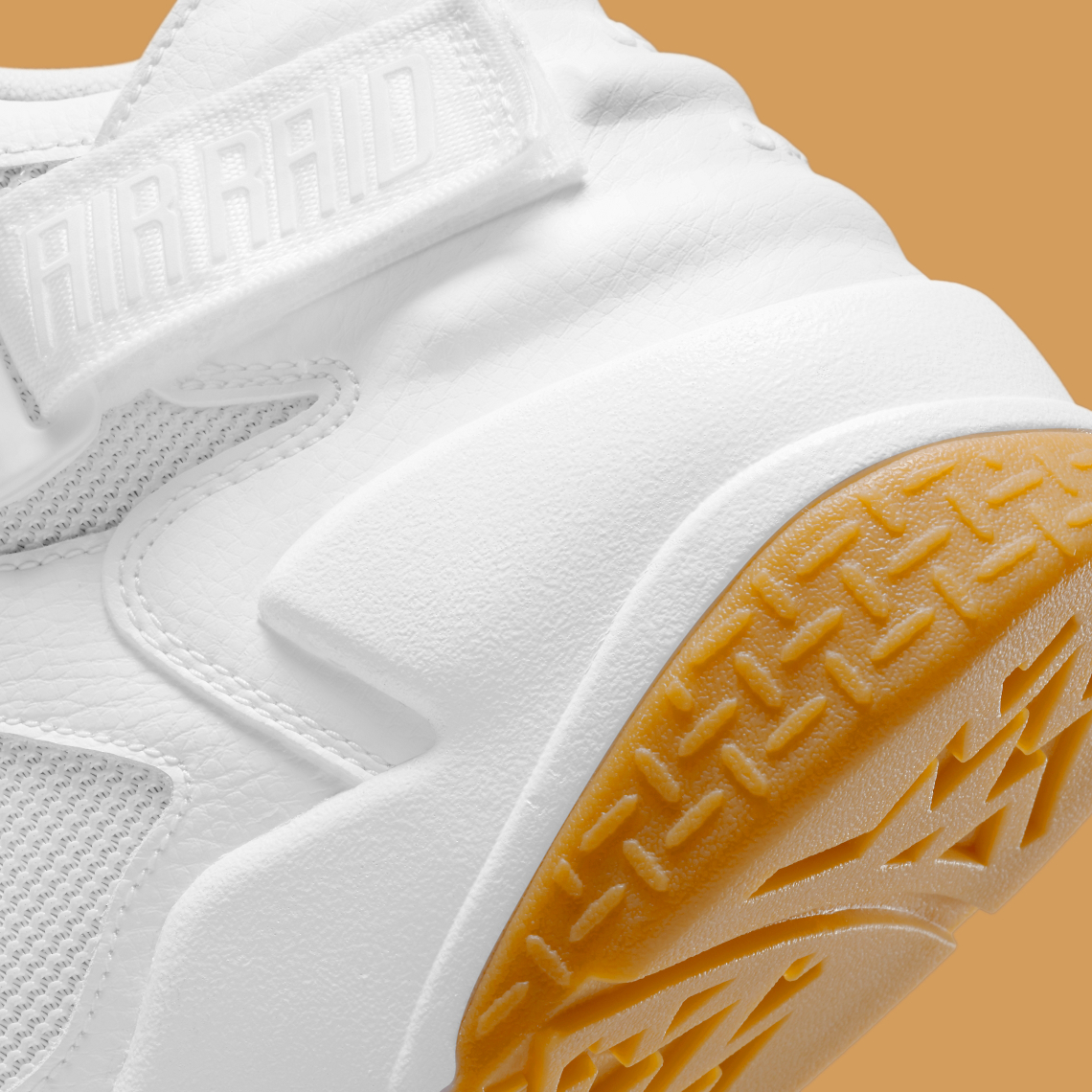