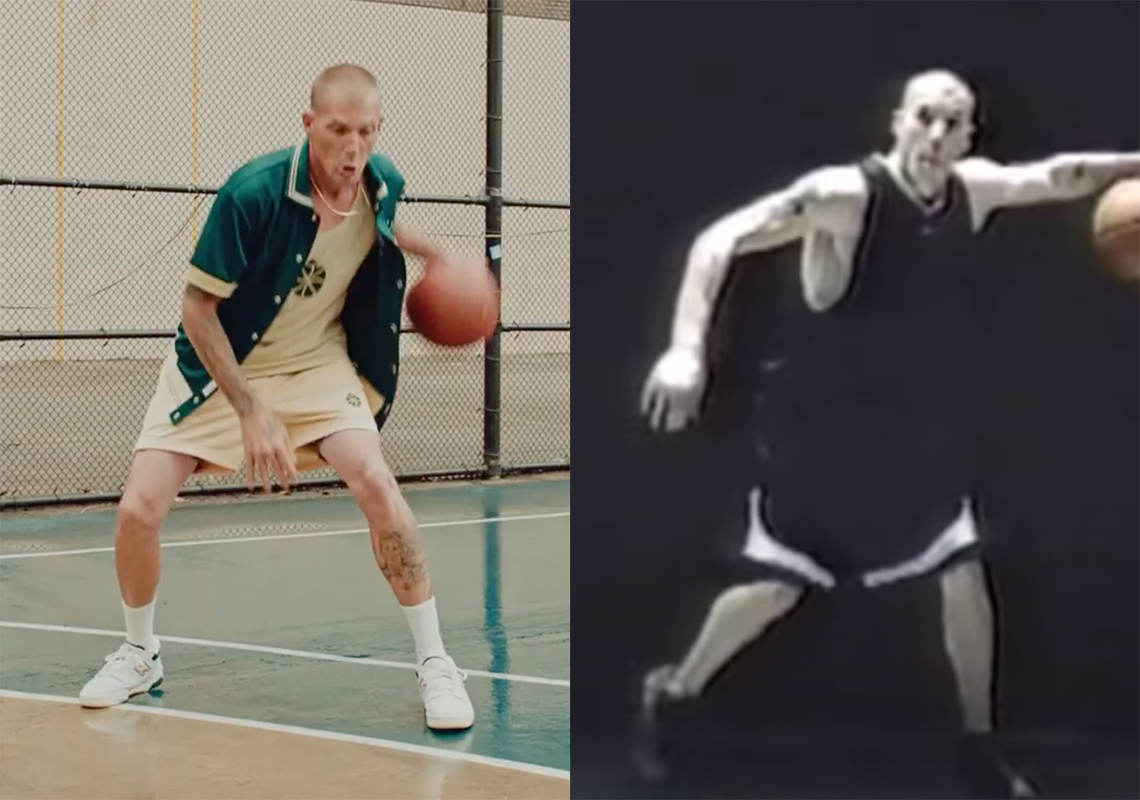 If you didn’t have a low-quality video of Nike Basketball’s unforgettable, timeless, and era-defining “Freestyle” advertisement saved onto your desktop computer, then you simply did not love NBA basketball. In an indirect homage to that Wieden+Kennedy classic, NYC’s Aimé Leon Dore has re-created that flawless ad with the help of a number of New York basketball legends such as the bruiser Charles Oakley, the “point god” Rafer Alston aka Skip To My Lou, Bobbito Garcia, and more. The original, if your recall, featured the present and future stars of the generation such as Vince Carter, Rasheed Wallace, Darius Miles, and Lamar Odom, while an much longer extended cut included the likes of countless others in the basketball world.

Using the city streets as its backdrop and paint-bucket drumming as the backtrack, ALD further unveils its International Friendship Through Basketball capsule that includes the New Balance 550 and a full assortment of sweats, jerseys, and other casual wear matching the green/gold and red/royal palettes. See the full video of both the ALD ad and the Nike classic ahead and stay tuned for the collaboration’s official release on April 16th, 2021.