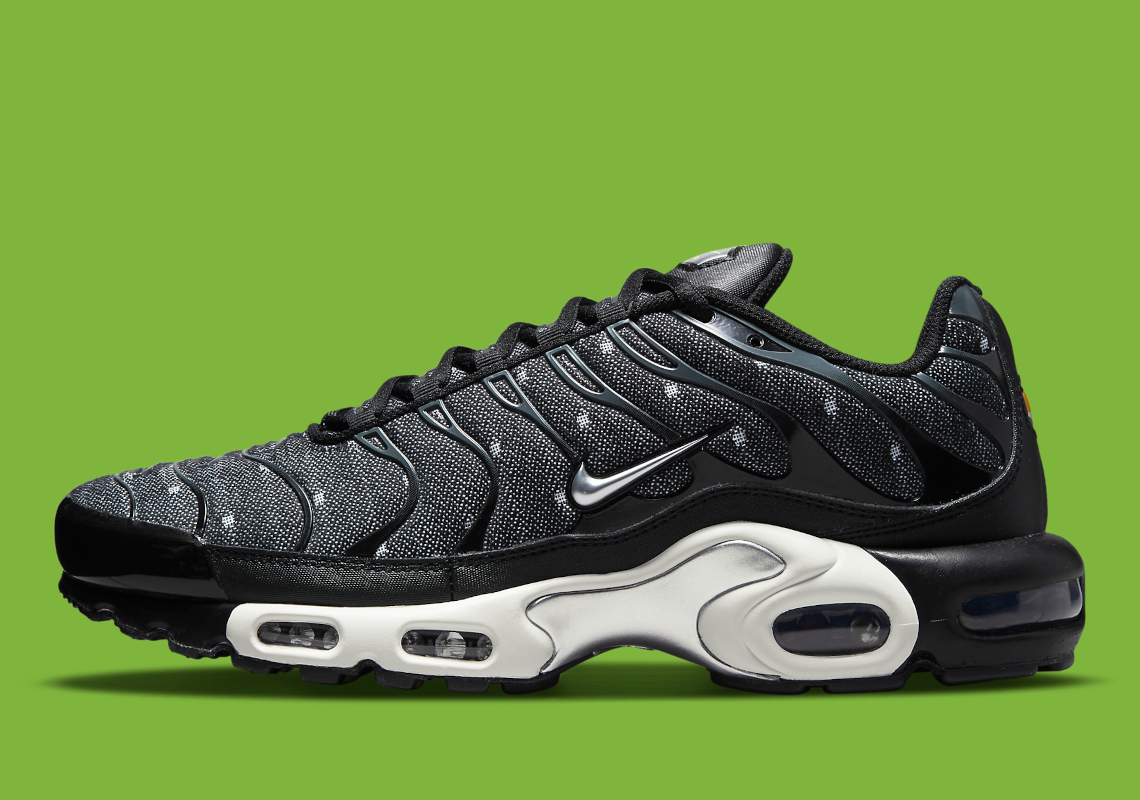 Despite not celebrating a milestone anniversary, the Nike Air Max Plus has taken the first five months of 2021 to emerge in handfuls of new ensembles. For its latest outfit, Sean McDowell’s design has indulged in an understated, denim-twill arrangement.

Unlike the model’s inaugural style, the forthcoming take abandons all vibrant gradients in favor of a predominantly black tonal aesthetic. Traditional mesh bases are replaced with a heftier denim twill that features white hashtag-reminiscent patterns from toe to spine. TPU overlays maintain a glossy finish, but are overshadowed by silver profile swooshes. Elsewhere, the Air Max Plus indulges in neon green flair, which animates the tongue, sock-liner and outsole. The tone, however, doesn’t deter from the dark composition that overtakes the Air Max cushioning throughout the midsole, nor the metallic silver, whale tail-shaped mid-foot shank.

An official Nike.com release date is unknown, but that’s likely to change once autumn approaches. In the meantime, enjoy images of the pair here below.

For more from the Swoosh umbrella, check out the Giannis Immortality. 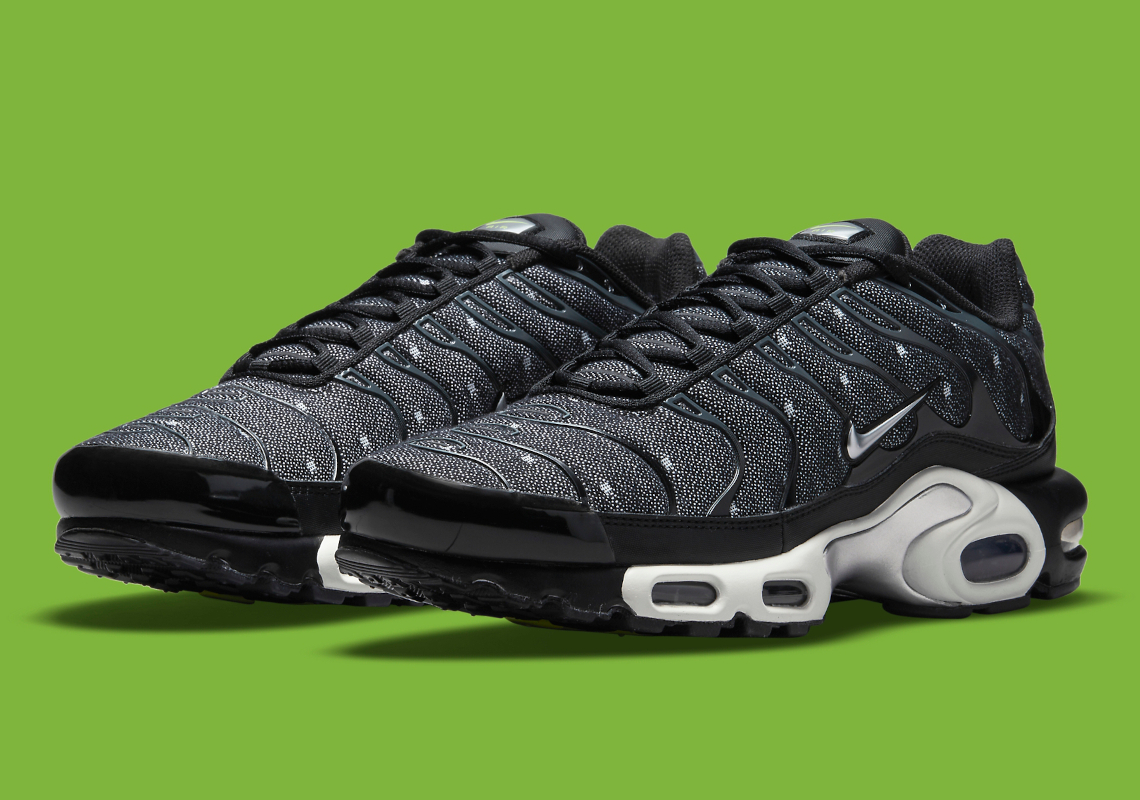 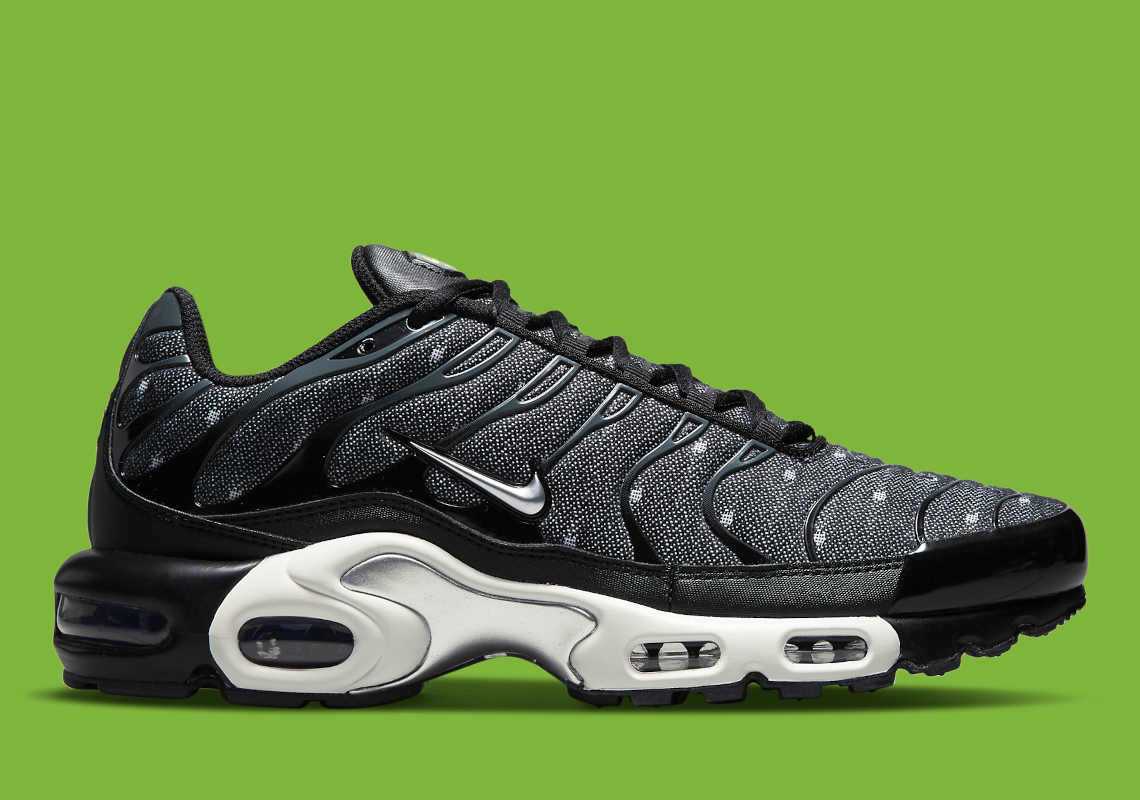 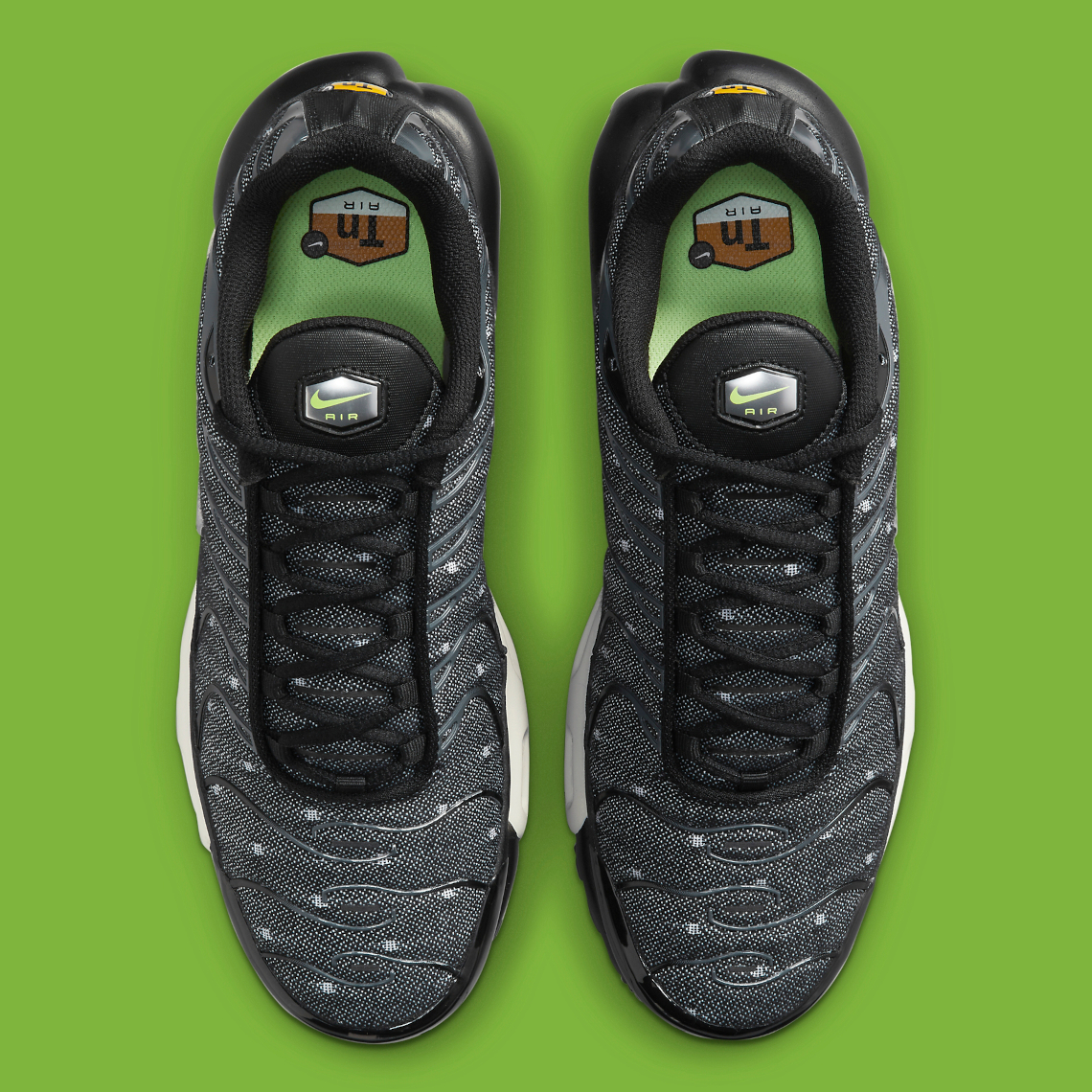 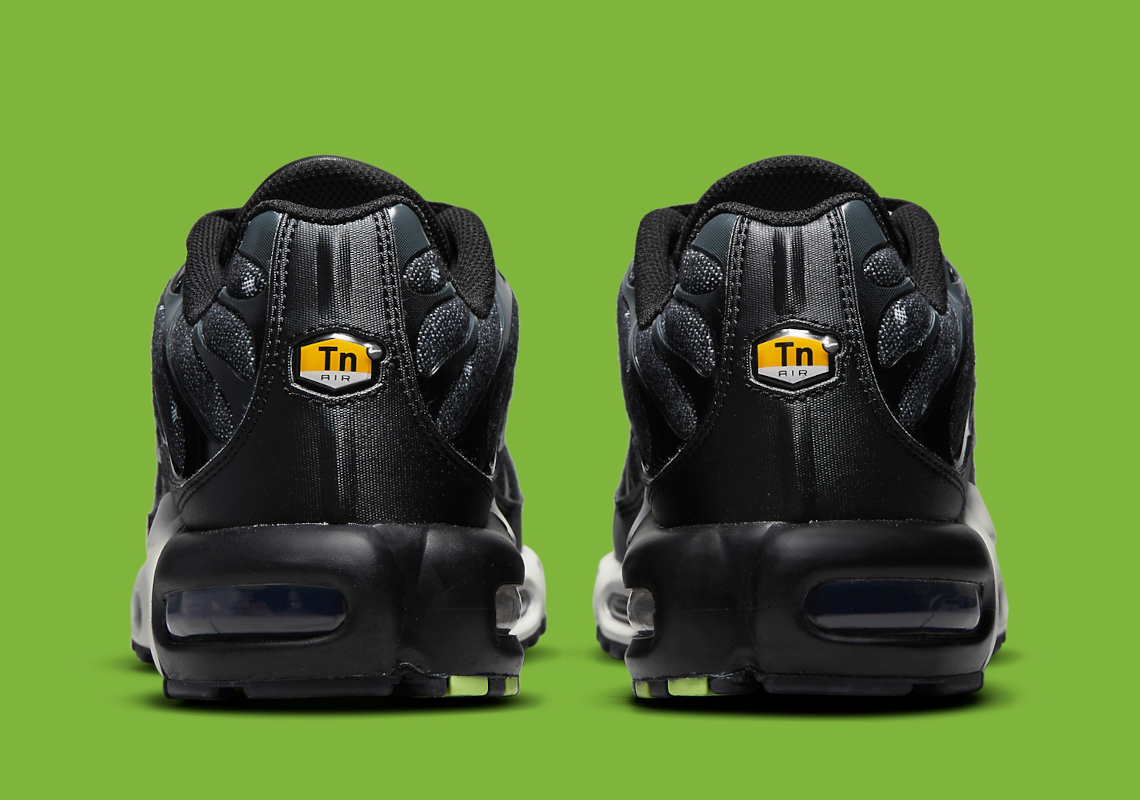 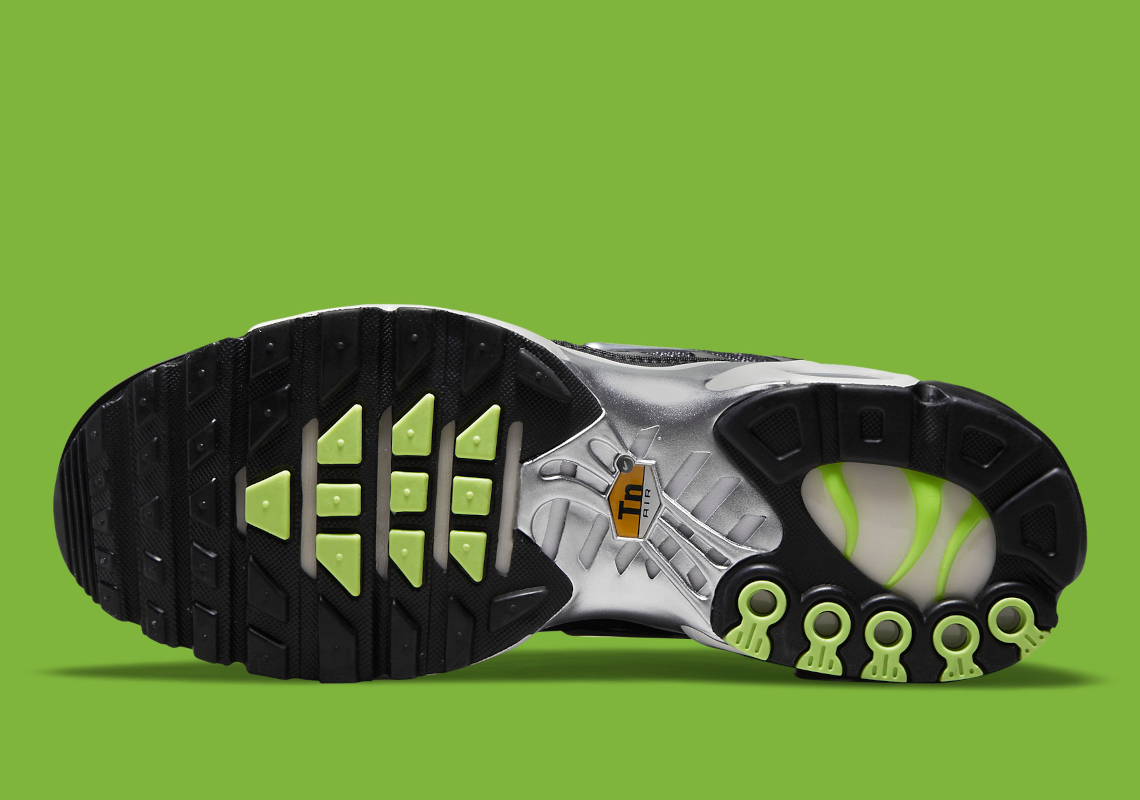 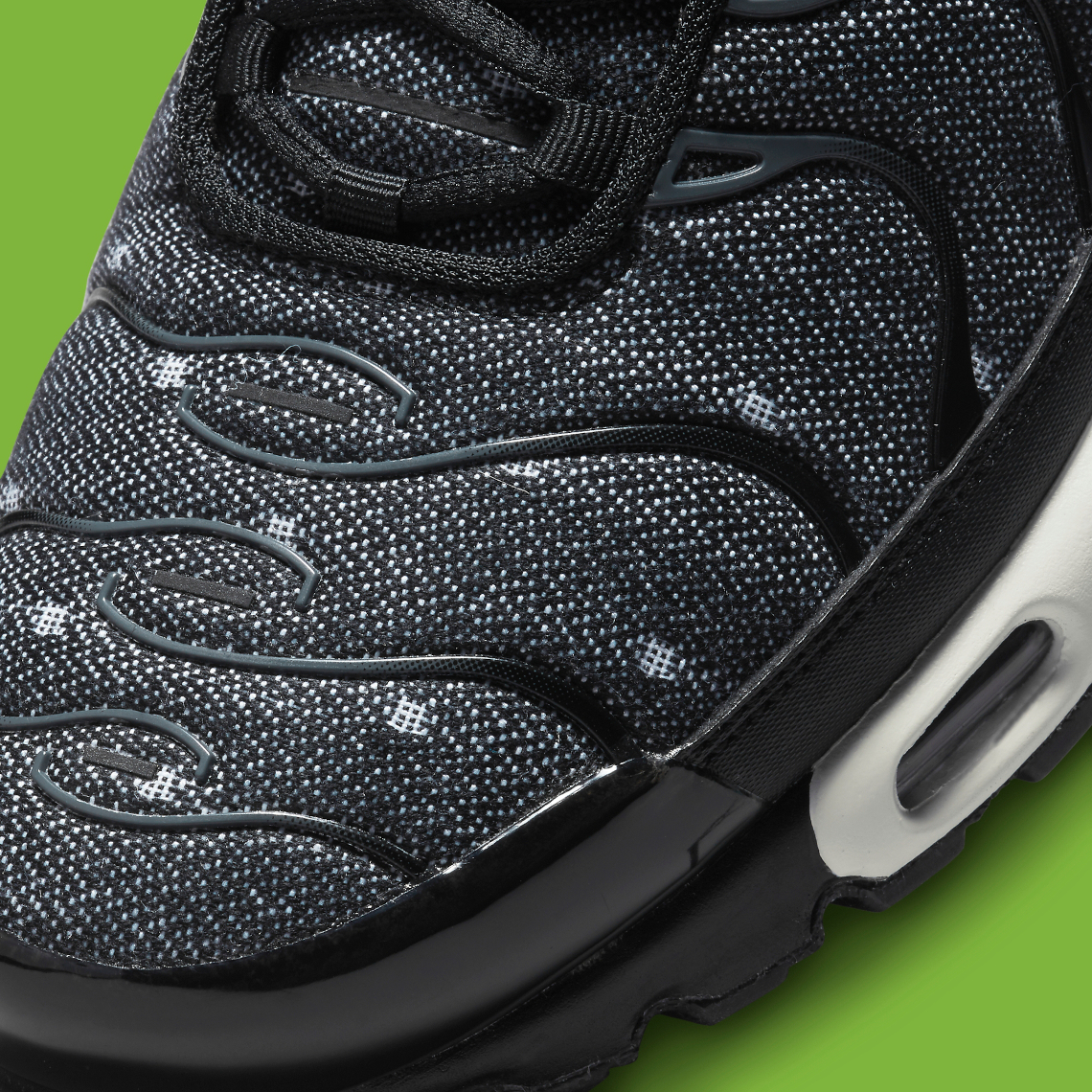 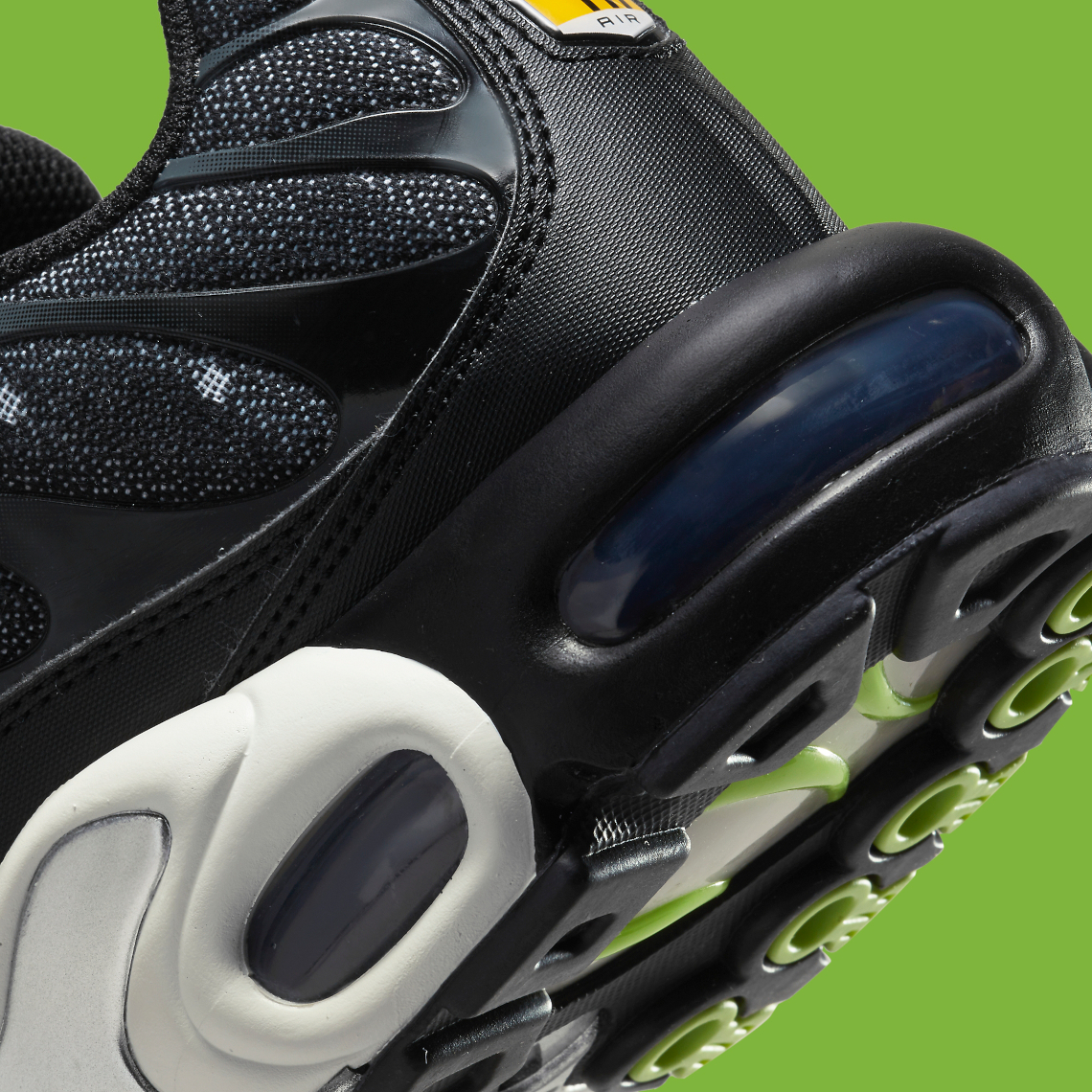