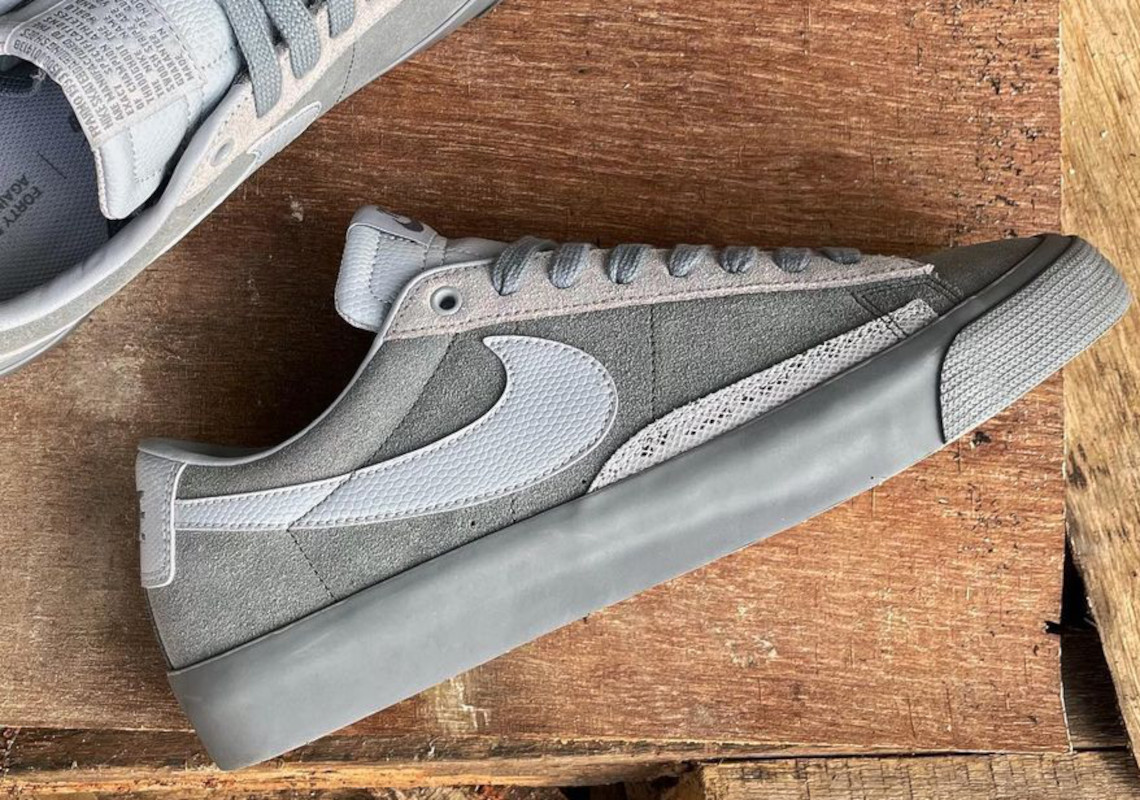 Founded by Tetsu Nishiyama in 1993, FORTY PERCENT AGAINST RIGHTS (FPAR) has been mixing provocative slogans with a “do-it-yourself” aesthetic for the past four decades. Among the many endeavors the label has embarked on, a Nike SB collaboration has brought it widespread attention from the West. A follow-up to the brand’s October 2019 joint-effort is ostensibly in the works, as suggested by a sample of a Nike SB Blazer Low.

Rooted in the concept that any original artwork changed at least 40% no longer has its rights, FPAR has previously reimagined the Nike SB Dunk High with detailing from the Air Jordan 6. No Jumpman-related design cues appear on the newly surfaced sample, but the skate shoes maintain a muted colorway. Greyscale takes over the pair’s predominantly-suede construction, as well as the reptilian scale-like materials across the profile swooshes, tongue, branded heel overlays and reinforcement strips at the lateral forefoot. Left shoes deliver a slice of Nishiyama’s unorthodox design approach, inverting the label on the tongue; rear panels feature his WTAPS-predecessor’s abbreviated name. Lastly, sole units further indulge in a cool grey arrangement, creating a look that’ll surely look better with wear.

Official release details haven’t been disclosed yet, but FPAR’s low-top SB Blazer may hit Nike SNKRS before 2021 ends. In any case, enjoy images of the shoes ahead.

For more from the Swoosh, check out the 50 Off-White Nike Dunks recently revealed. 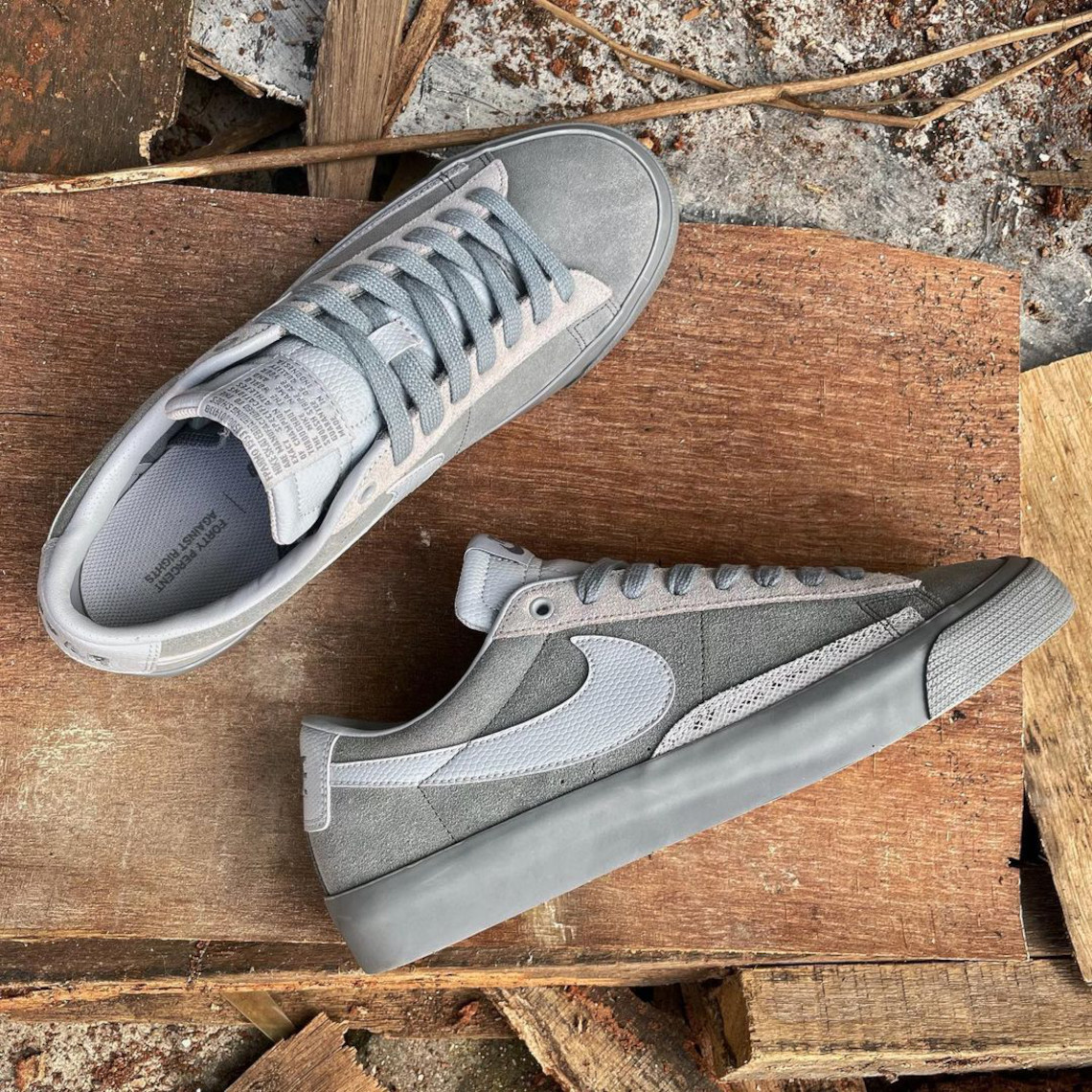 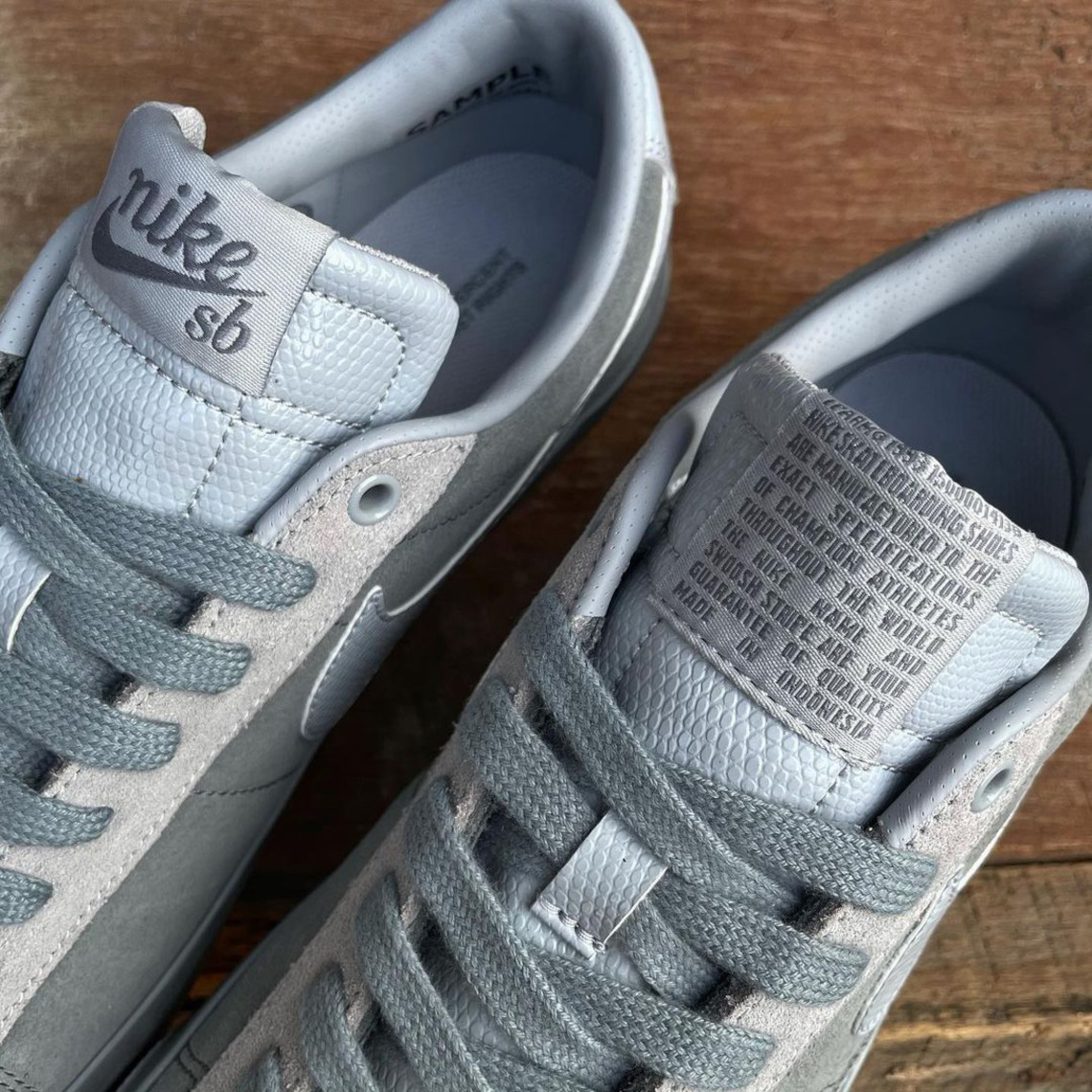 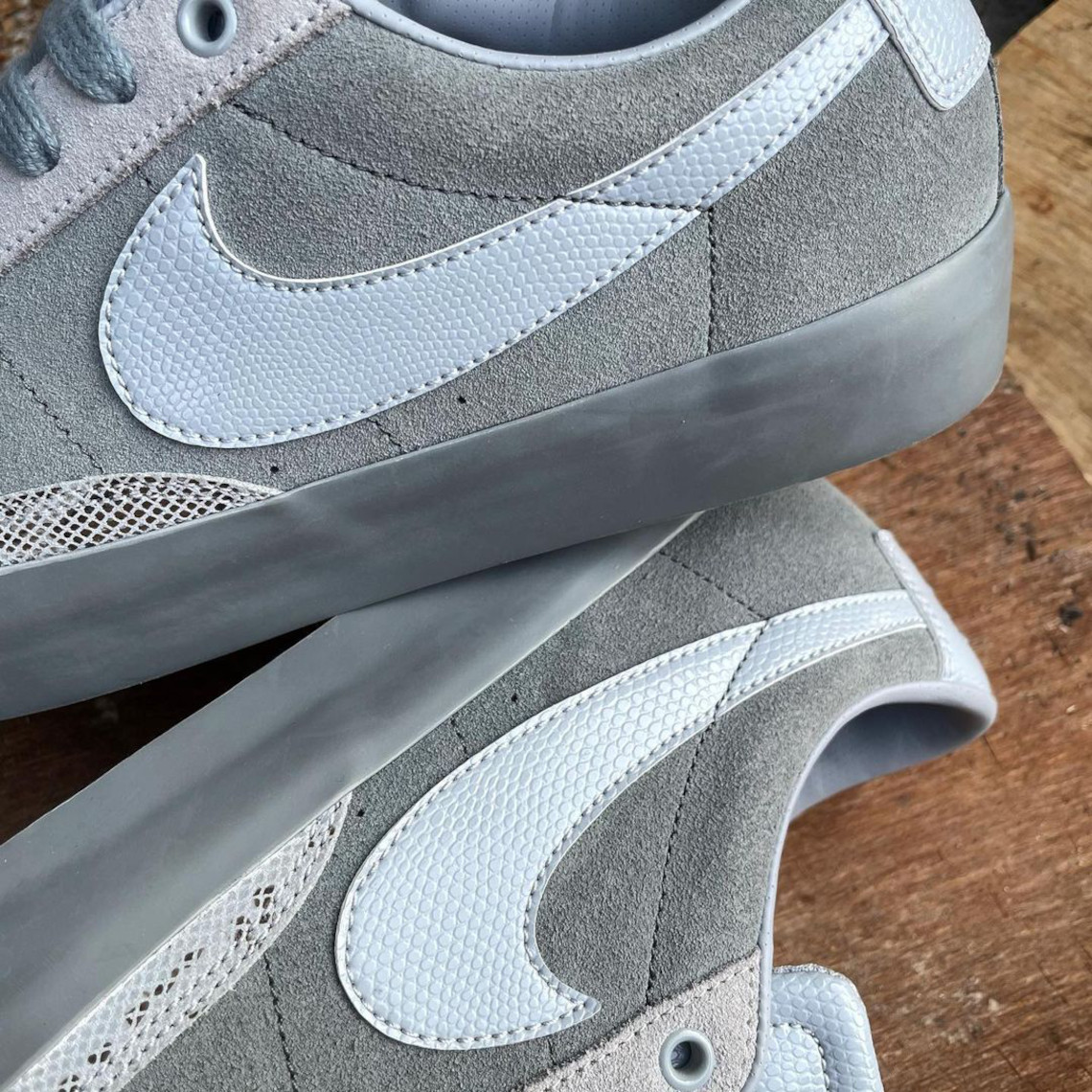 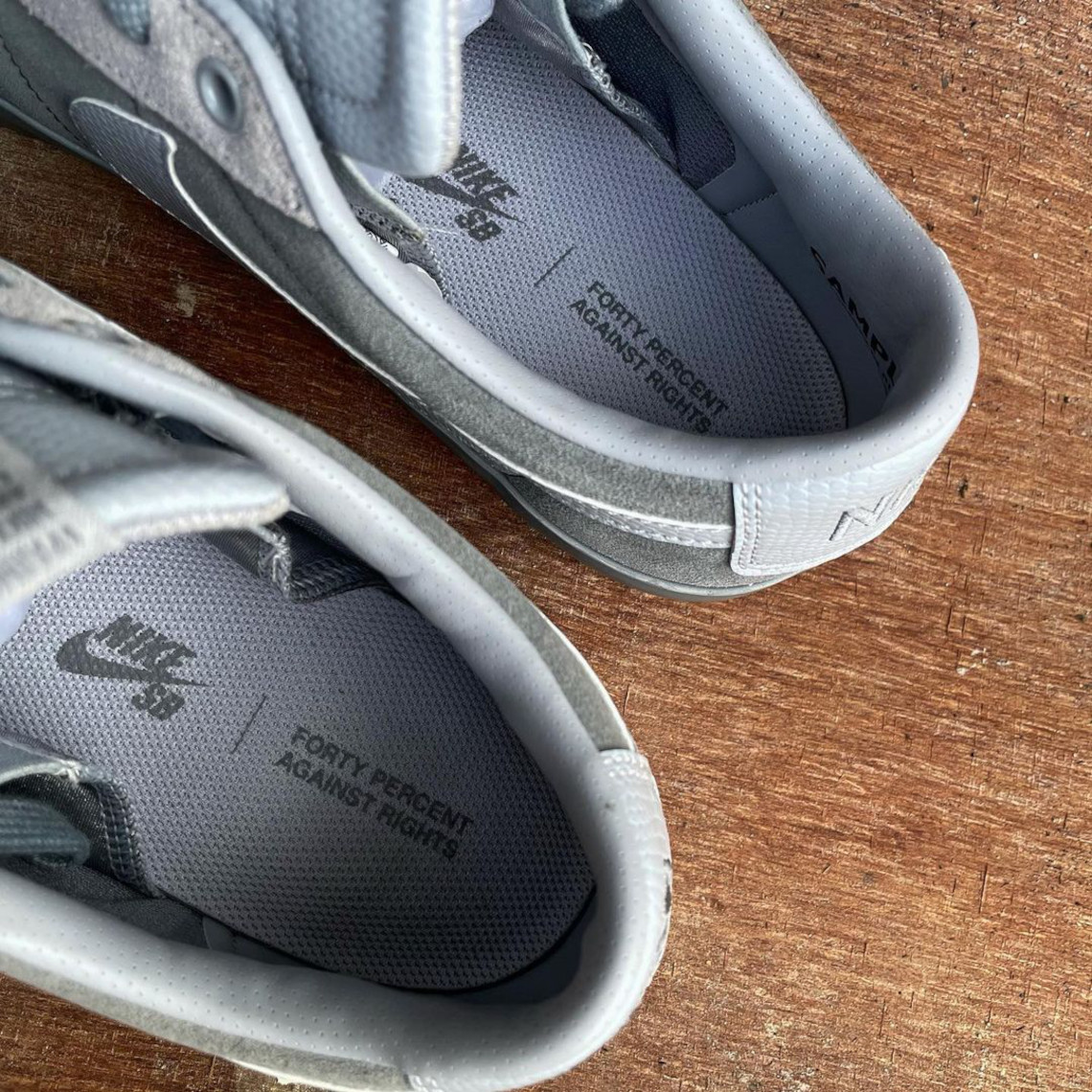 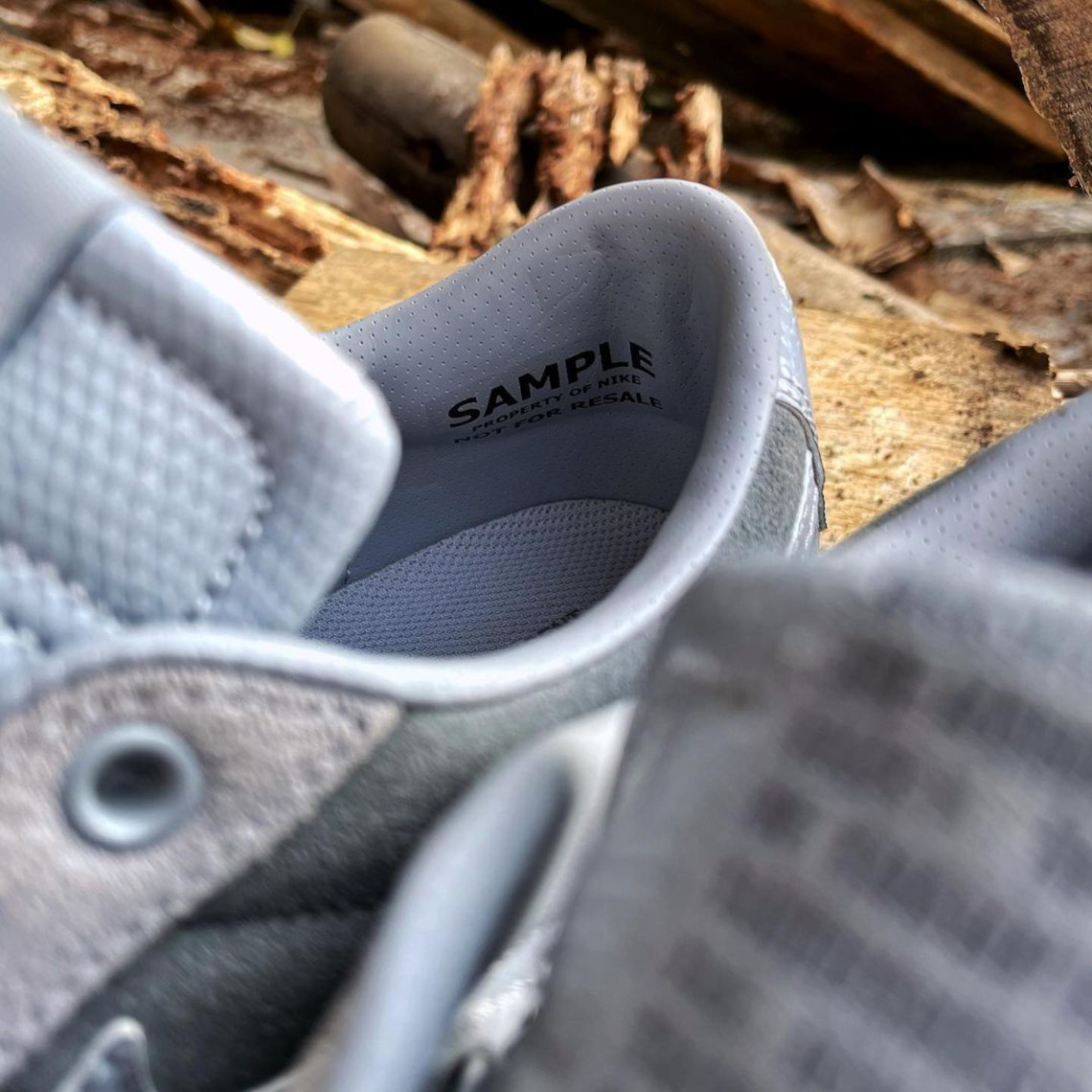 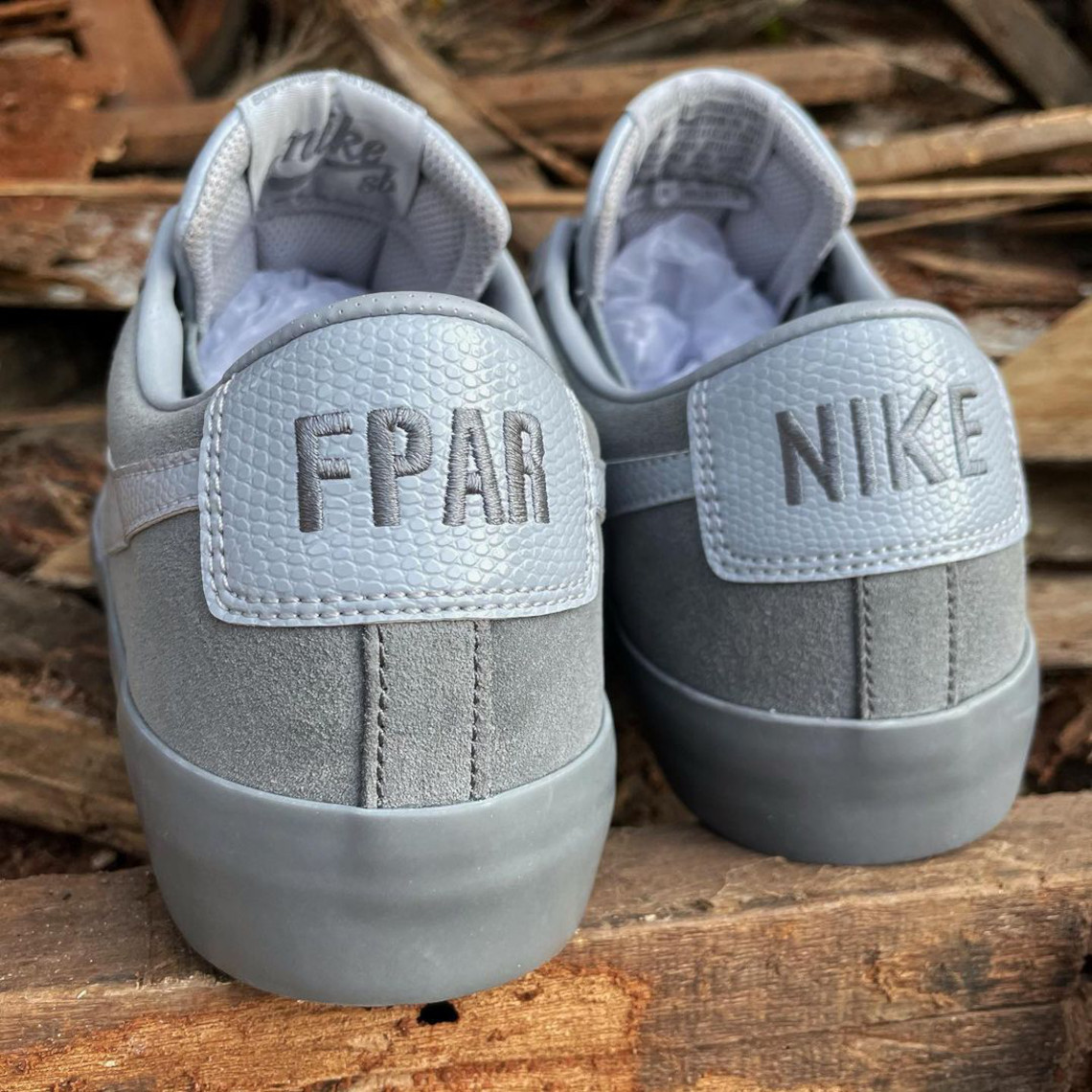