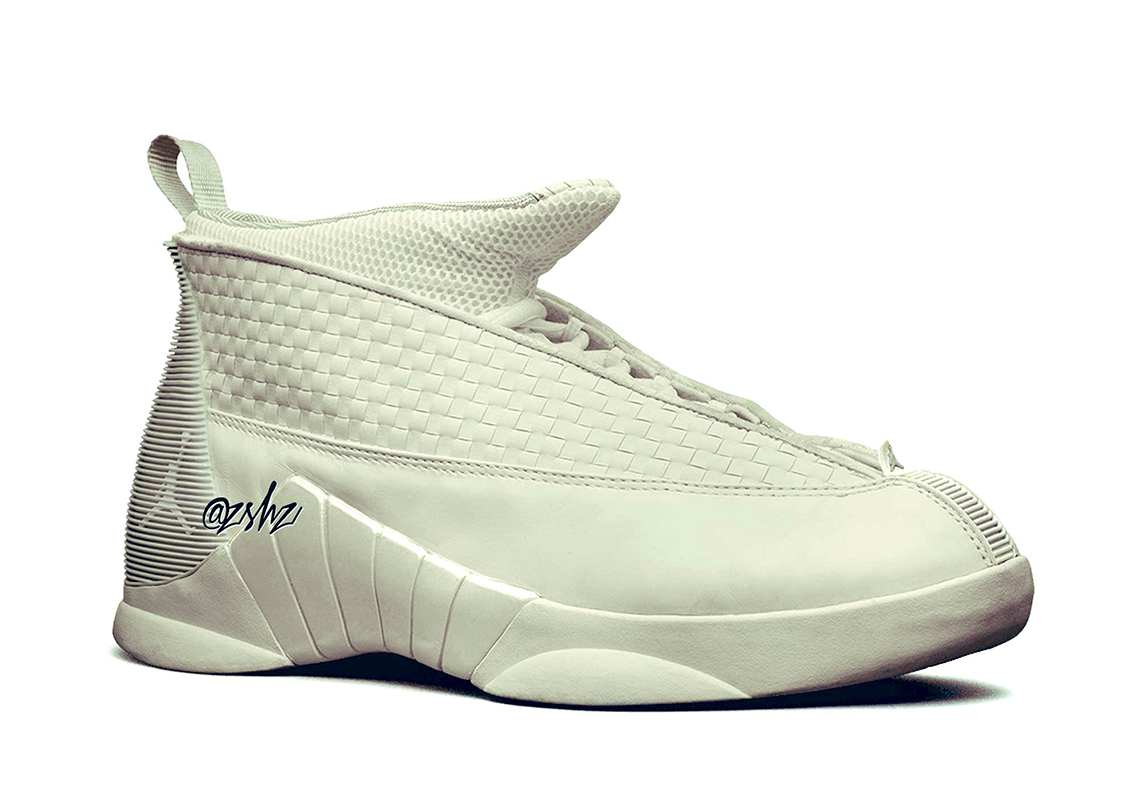 There’s quite a bit of conversation surrounding Billie Eilish — some good, others not so much. The former is thanks most in part to Jordan Brand, whose collaborations with the artist have leaked and spread to both publications and social media alike. And following these images of the Air Jordan 1 KO, yet another has surfaced very suddenly, this pair an ode to the Air Jordan 15 SP.

Like the aforementioned, the AJ15 is doused entirely in one color. But rather than highlight itself in vivid greens, the pair prefers to keep its look rather subdued. The mock-up suggests an off-white, somewhat yellow-tinged shade that’s used atop not just the woven top line but also the leather mudguard, ribbed counter, and sports car reminiscent tooling.

For a speculative look, peer above. These are expected to release September 9th, though that may change if delays persist.

In other news, the UNION Air Jordan 4 Tent & Trail is launching soon.