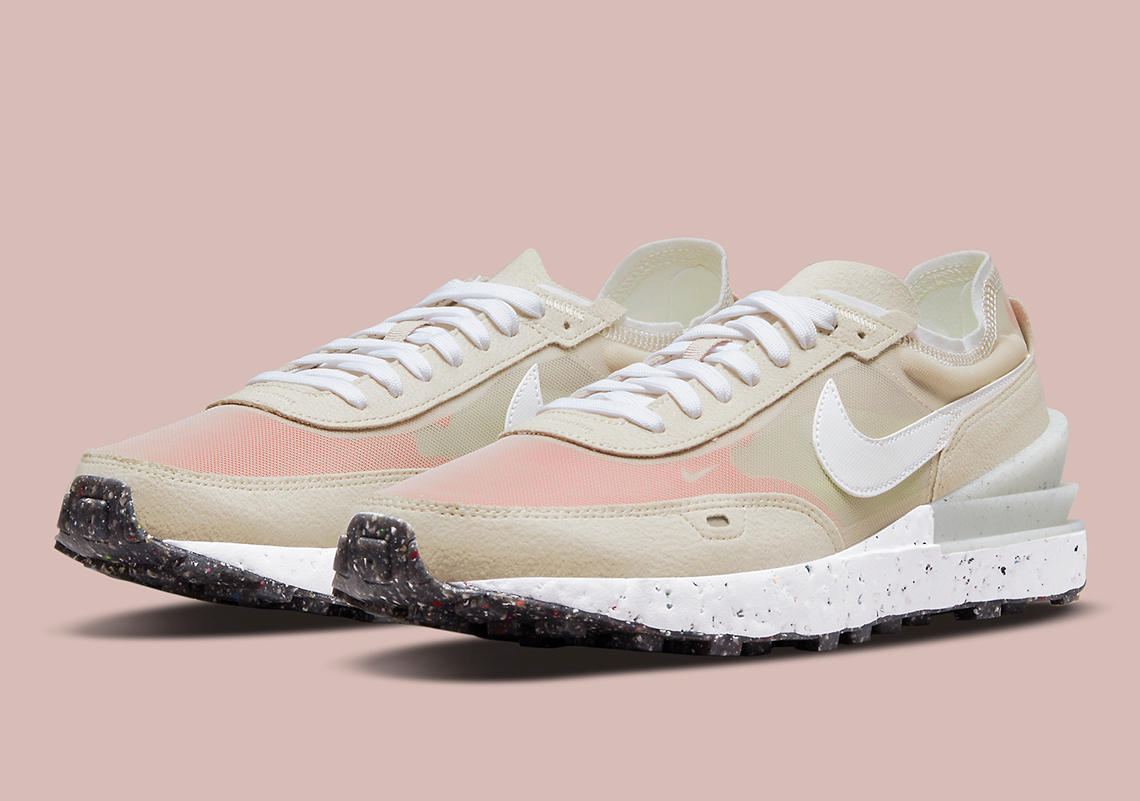 The Nike Waffle One is somewhat famously known for its resemblance to sacai’s LDWaffle. And while those claims are not quite without merit, the silhouette’s colorways surely provide an identity all its own. This pair, for example, is far more Summer-appropriate than any of Chitose Abe’s, its materials lensed through floral and linen inspiration.

What’s more, recycled materials further the divide. Nike’s signature Grind rubbers, which are replete with scraps of many colors, make up the entirety of the midsole and tread. This turns busy what would otherwise be rather plain, contrasting the simple look of the light tans that dress both the upper’s suede and mesh. Elsewhere, white laces and Swooshes complement atop, while a layer of pink film supports the toe along the inside layer.

For a closer look, peer below at the official images. A release will hit Nike.com and likely select retailers soon.

In other news, have you seen the Air Jordan 7 Oregon PE? 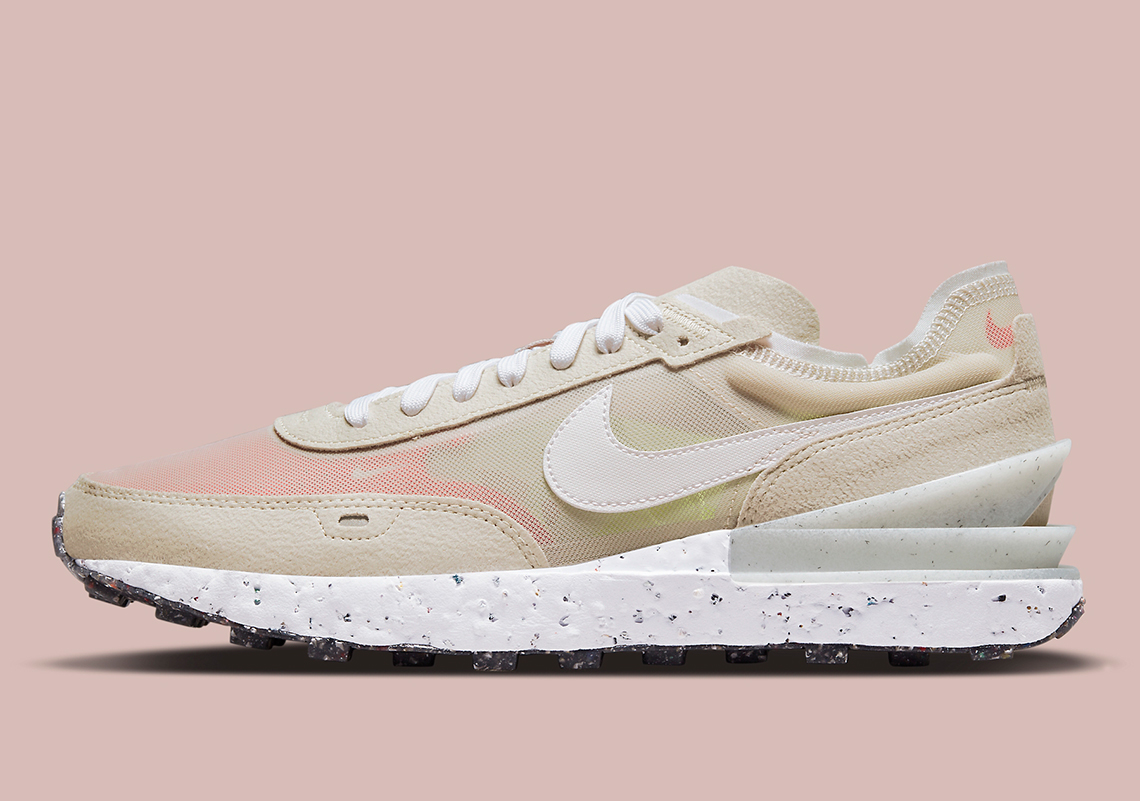 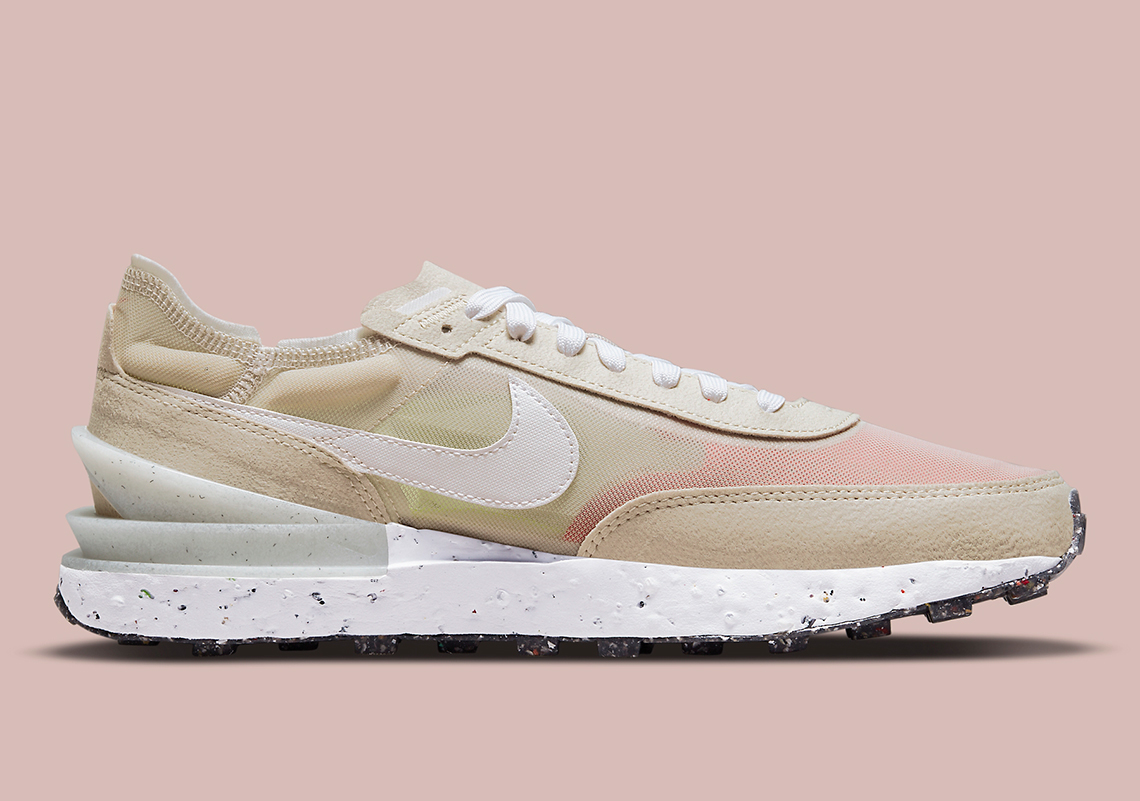 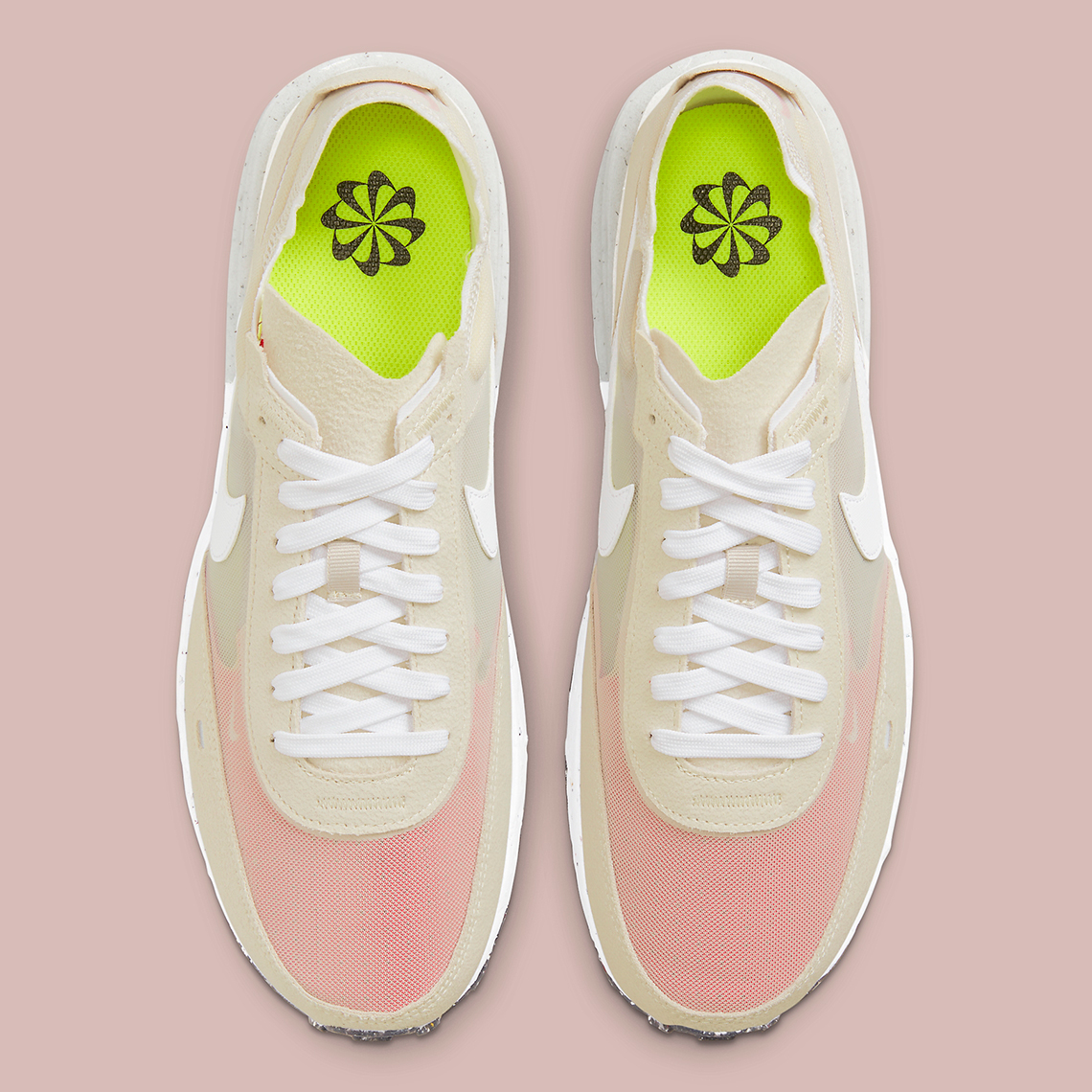 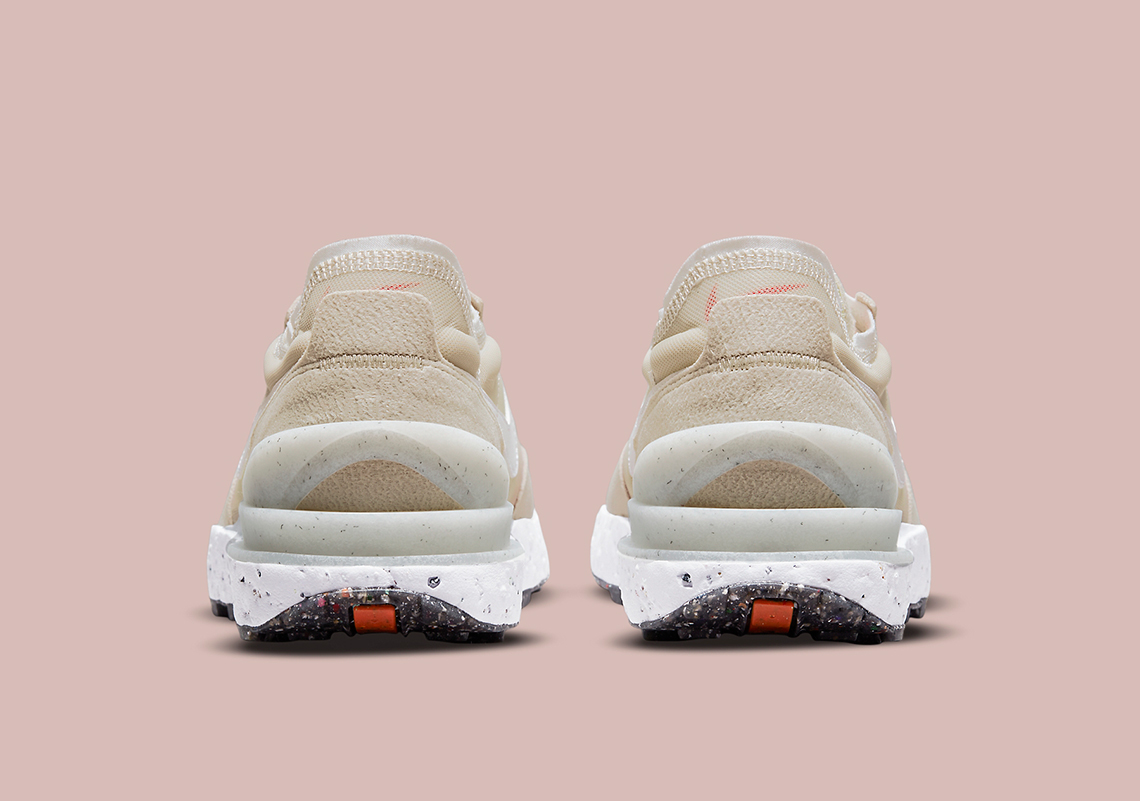 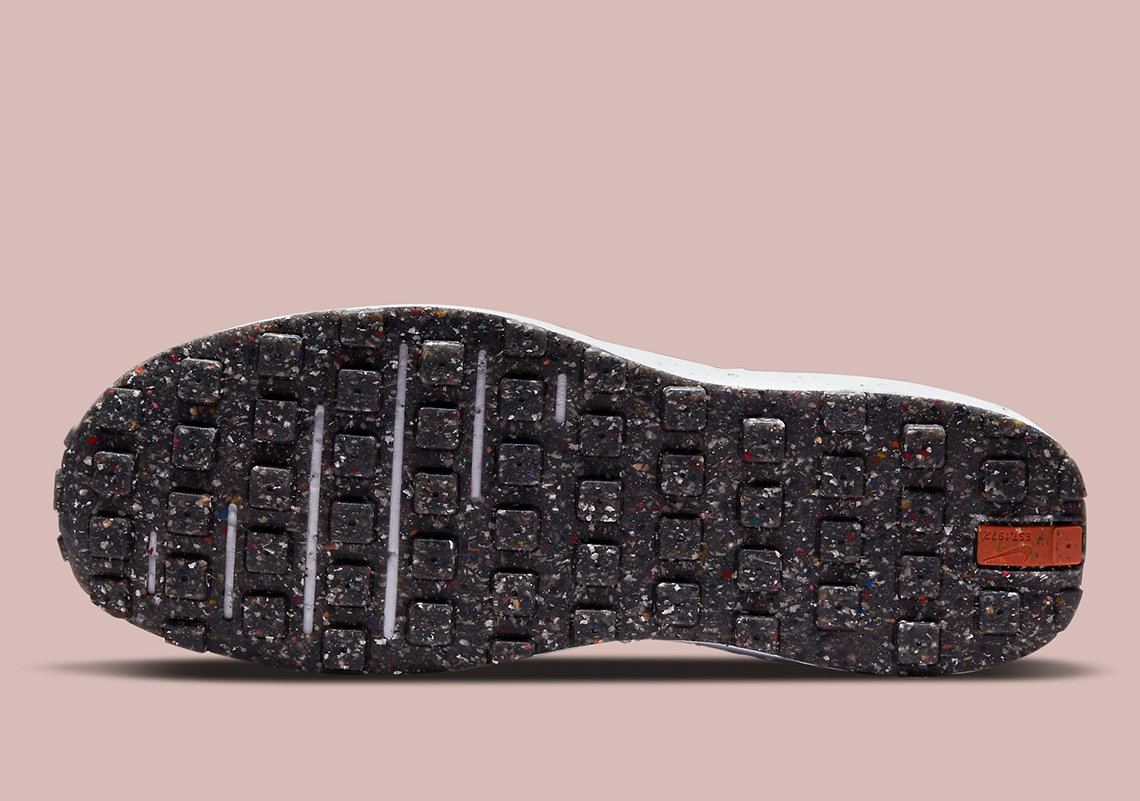 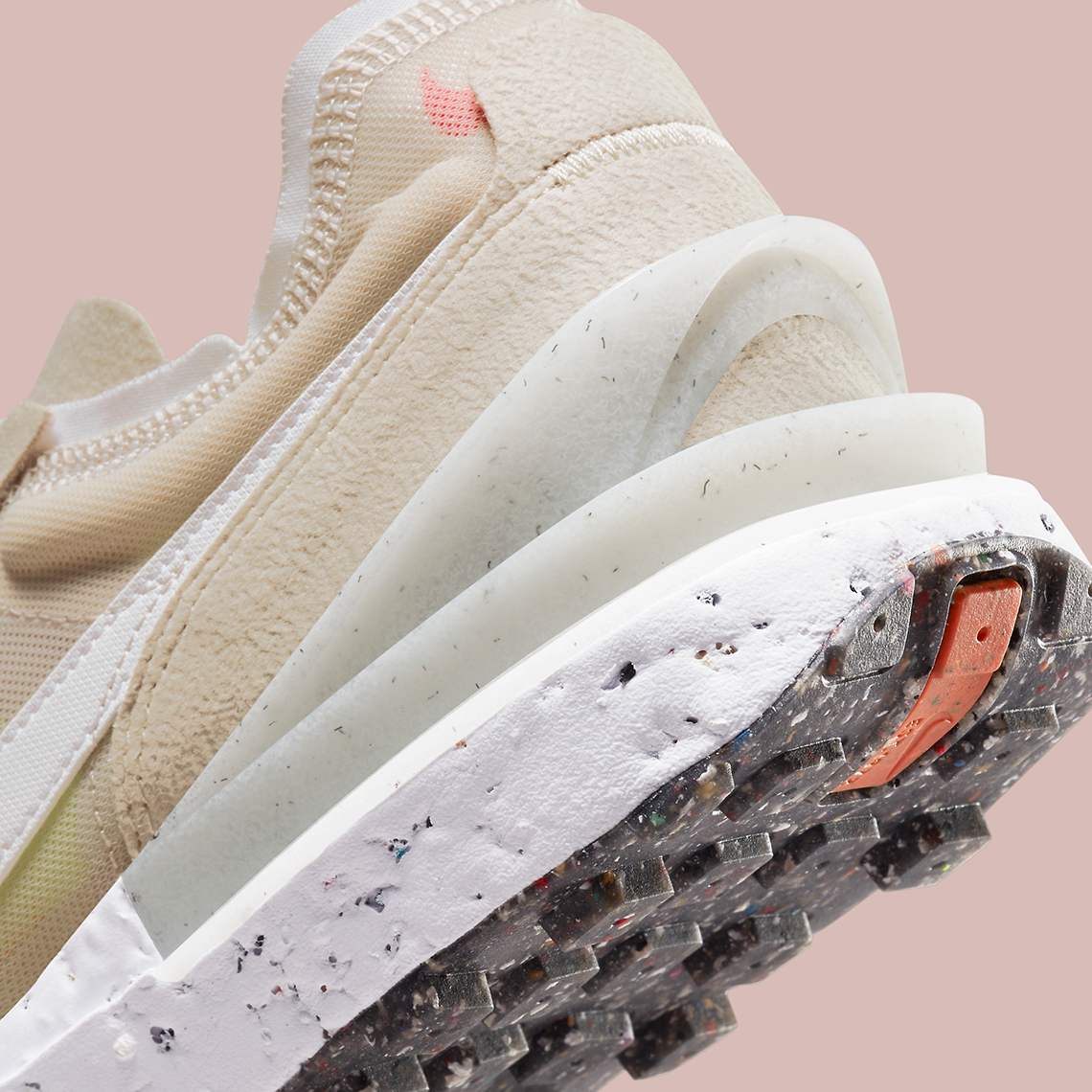 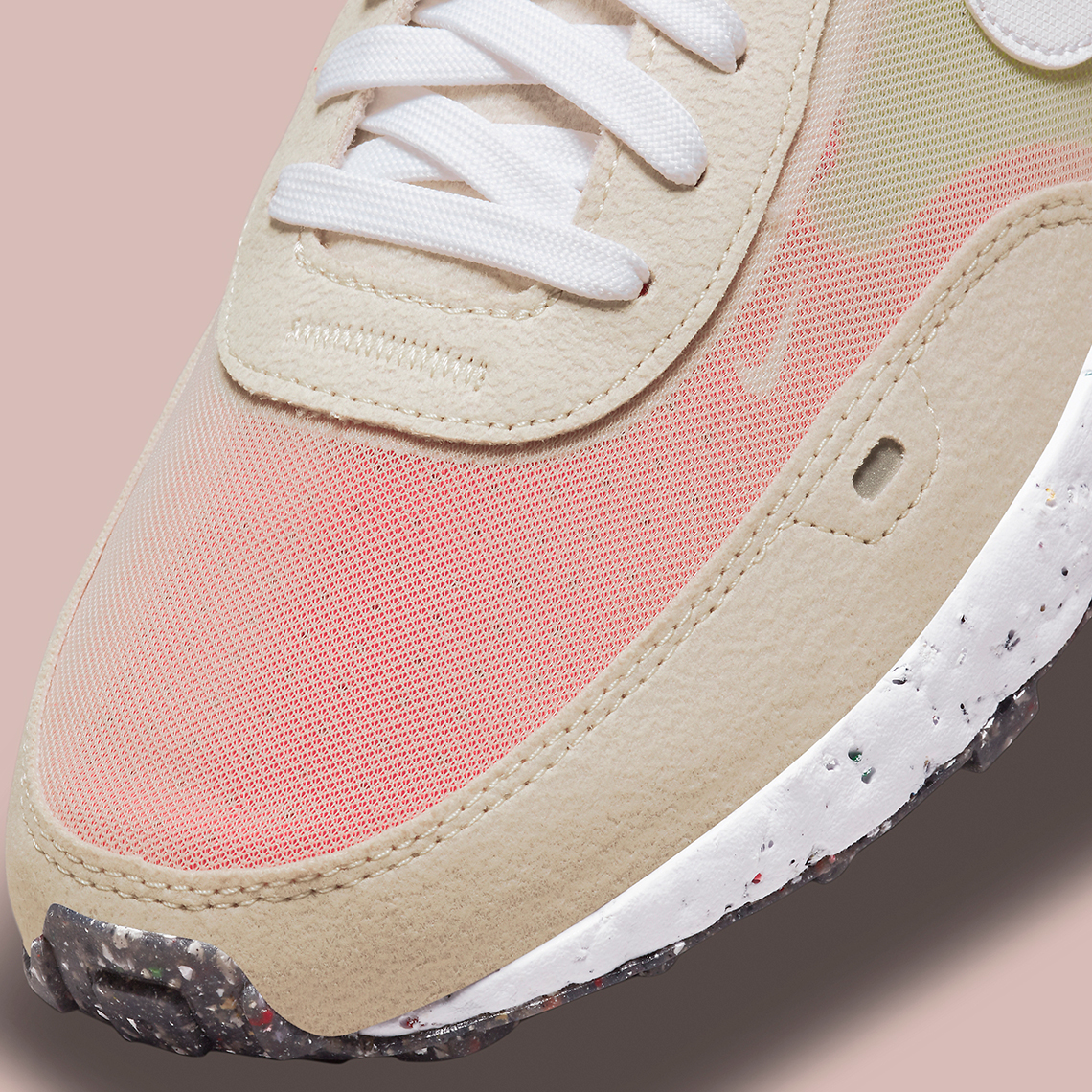