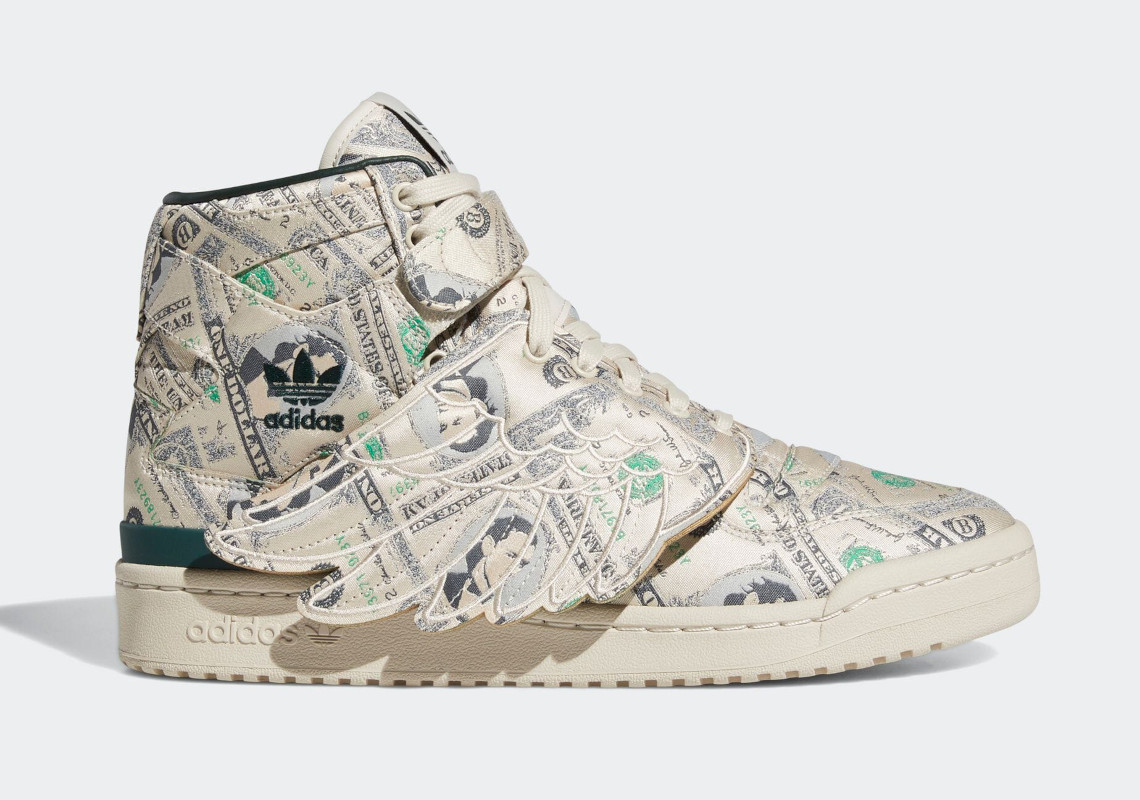 As part of his renewed partnership with adidas after over half a decade, Jeremy Scott will revive some of the most recognizable and beloved pairs from his time working with the brand. Among them, the adidas Forum Wings 1.0 “Money.”

First seen in 2003 as a limited-to-100-pairs release for a fashion show for his namesake label, the money-donning basketball silhouette was last released in 2013. Akin to its appearance eight years ago, the upcoming sneakers indulge in an off-white tone that allows the green and grey detailing transplanted from the American dollar to revel in the spotlight. Scott further injects his personality into the winged model by replacing the historical figure usually found at the center of the bill with himself. Everything on the upper but the laces boast money graphics, while profile 3-Stripes opt into a deep green that also appears on the midsole and tread. The Moschino creative director’s signature is etched onto the medial midsole, which rounds out the pair’s theme.

For more from under the Three Stripes umbrella, check out everything known so far about YEEZY DAY 2021, which is set to take place on August 2nd. 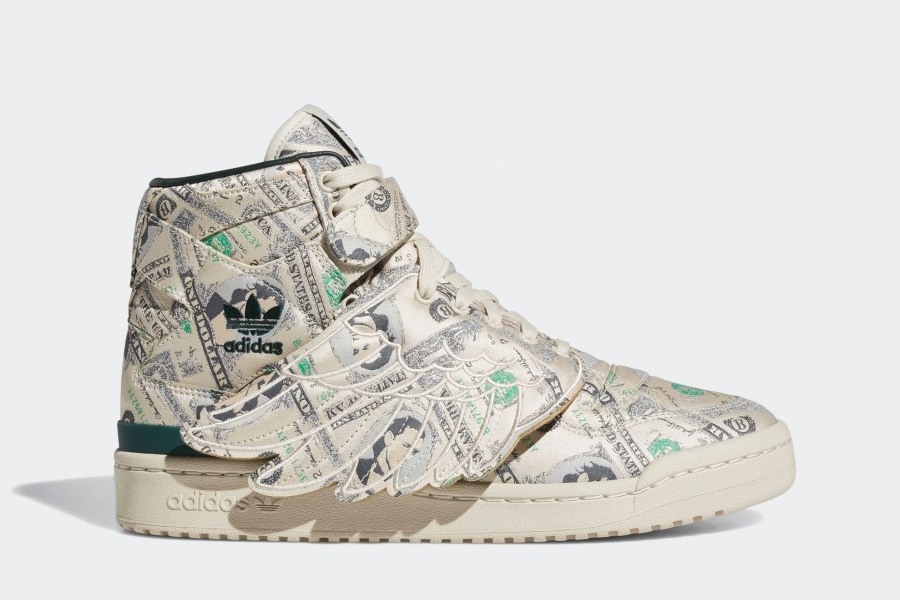 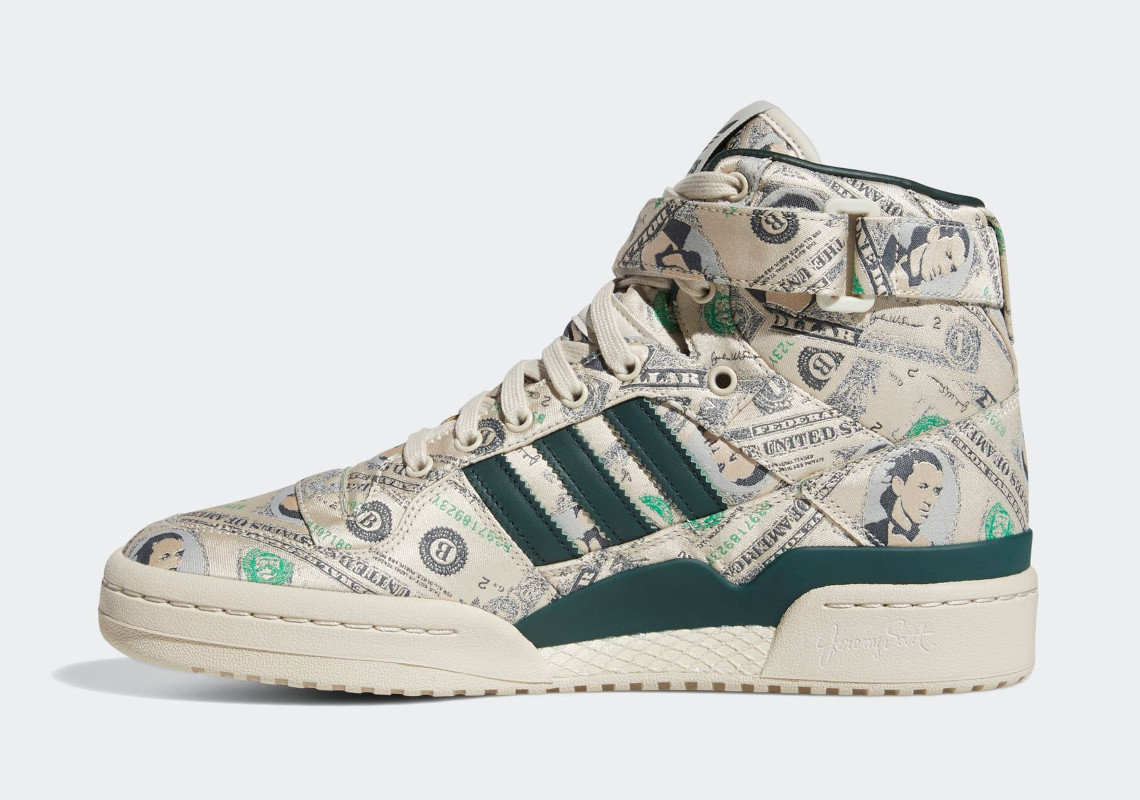 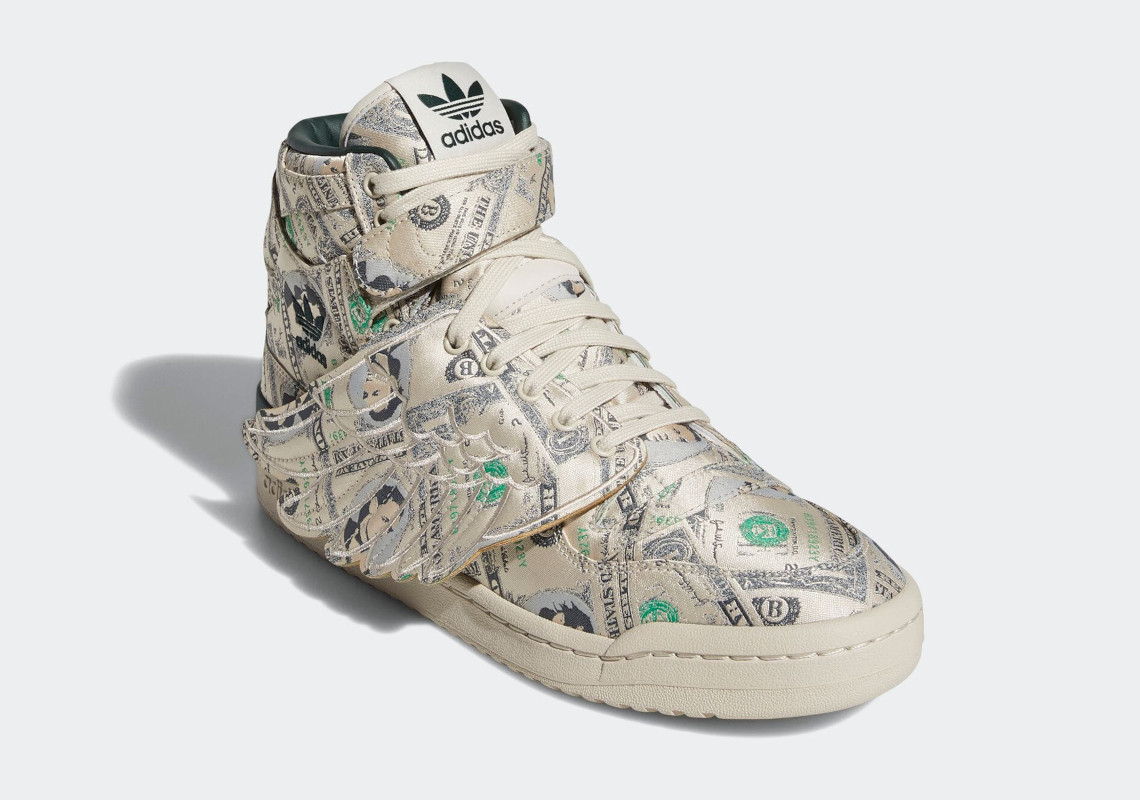 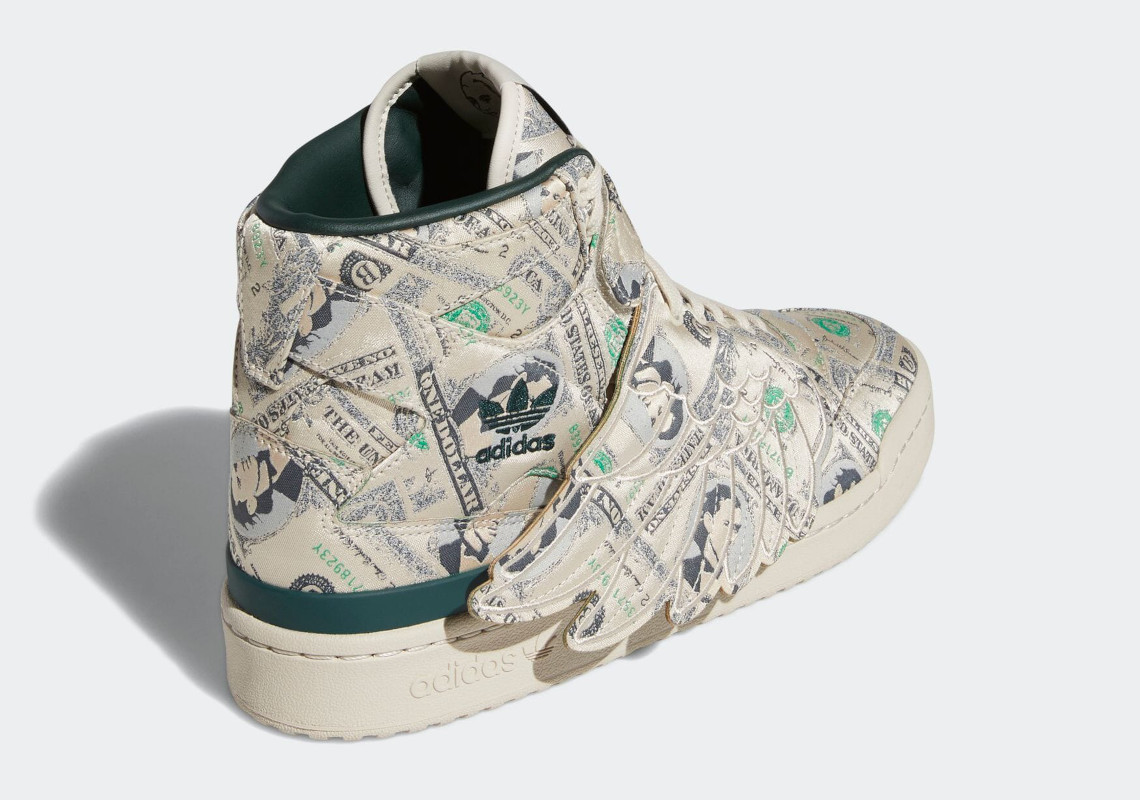 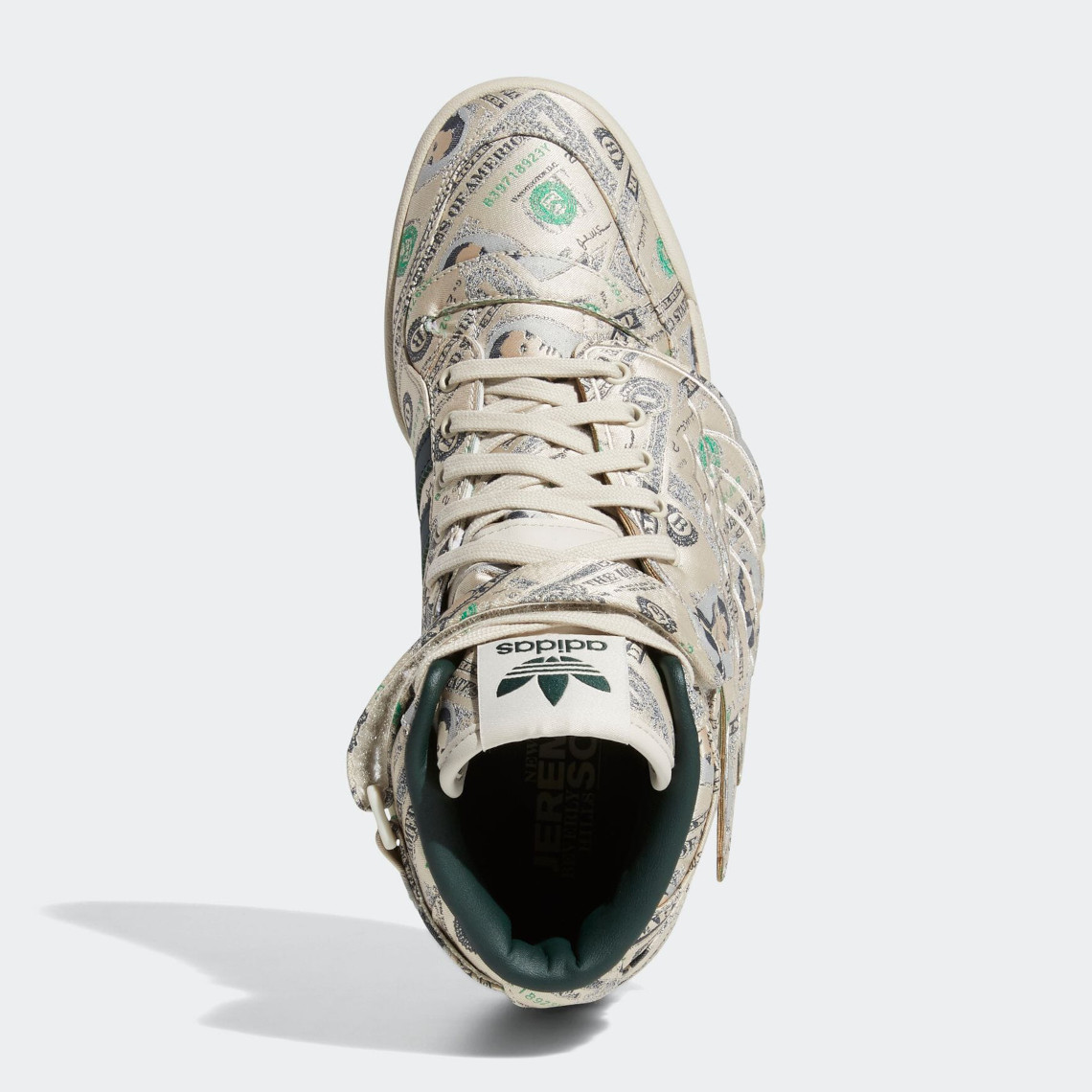 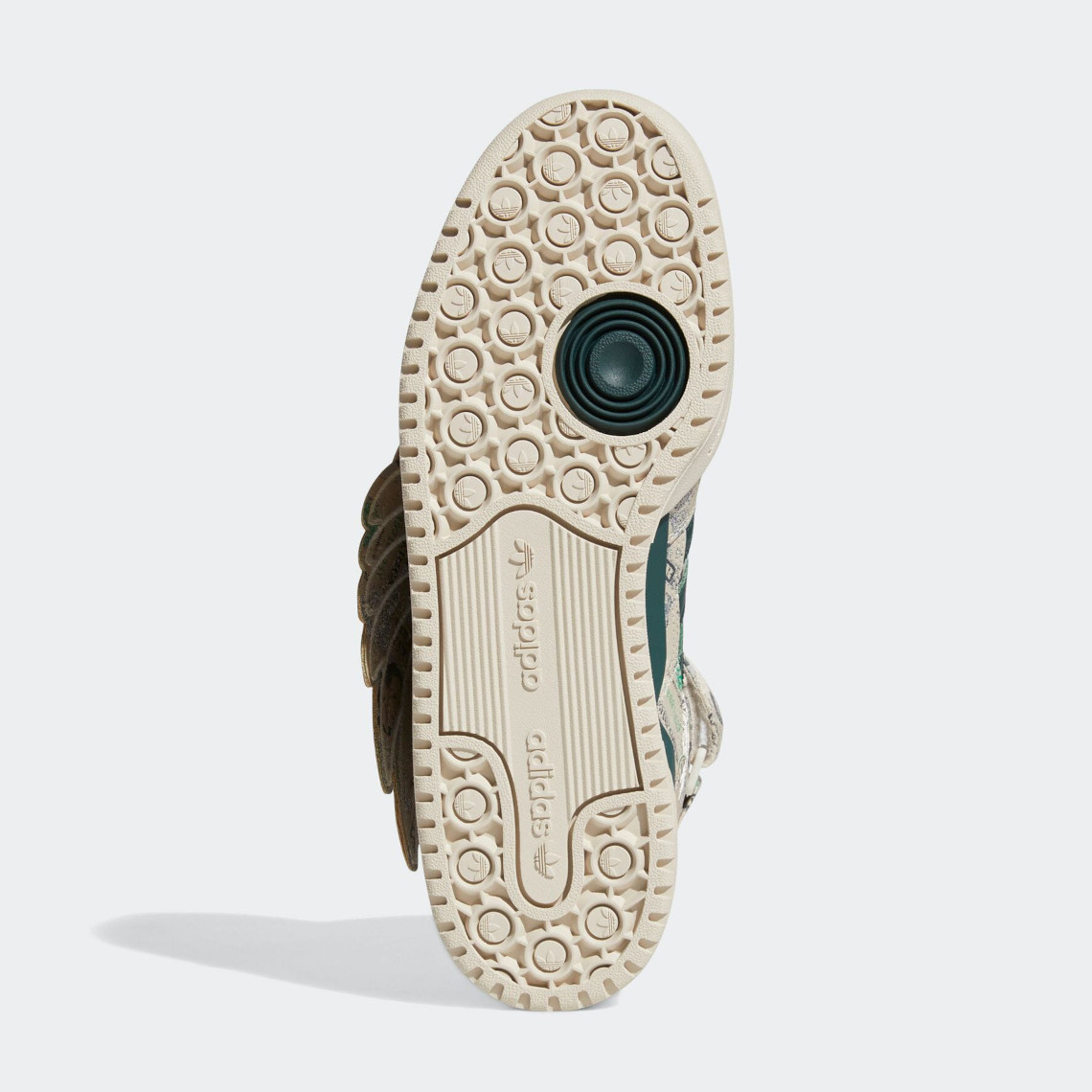 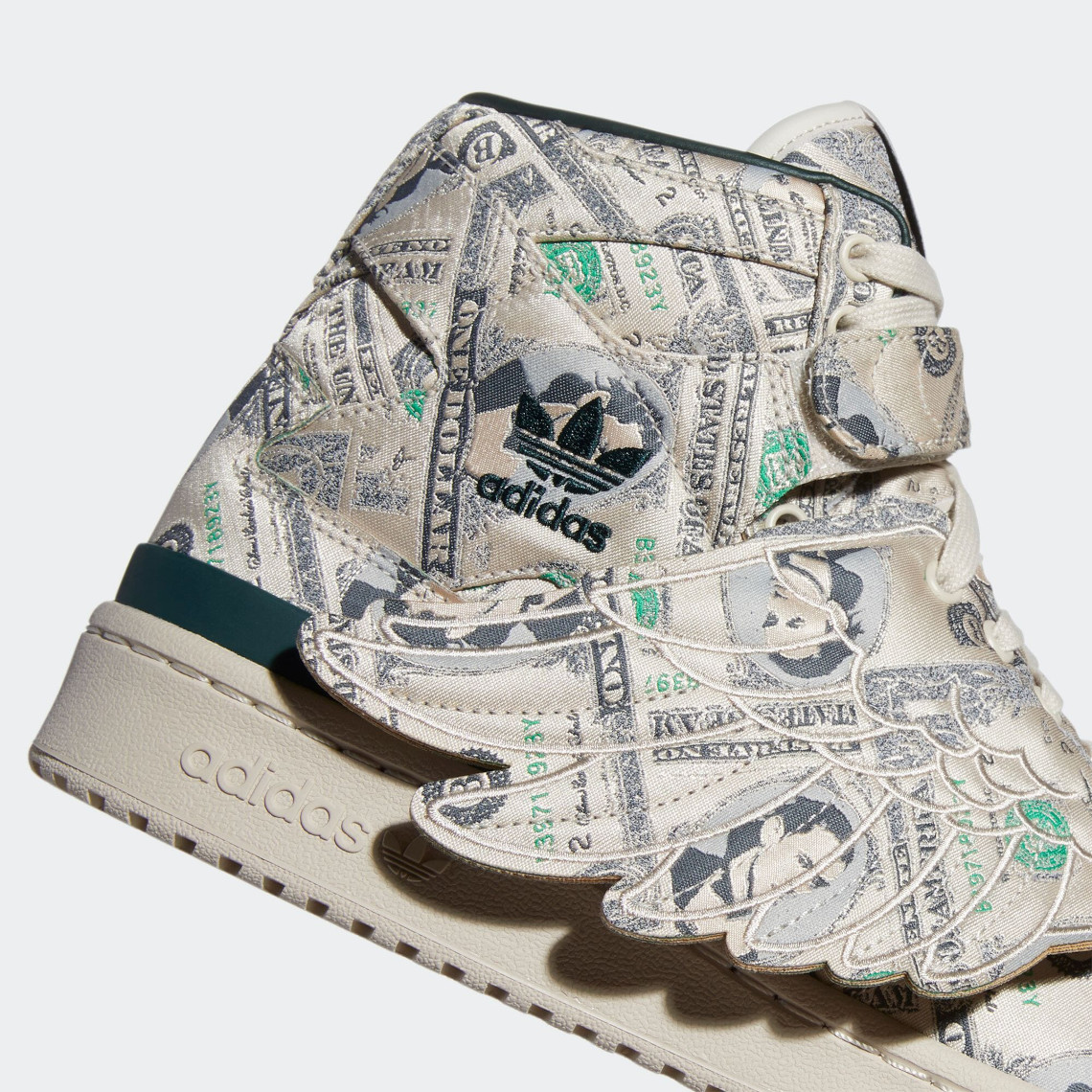 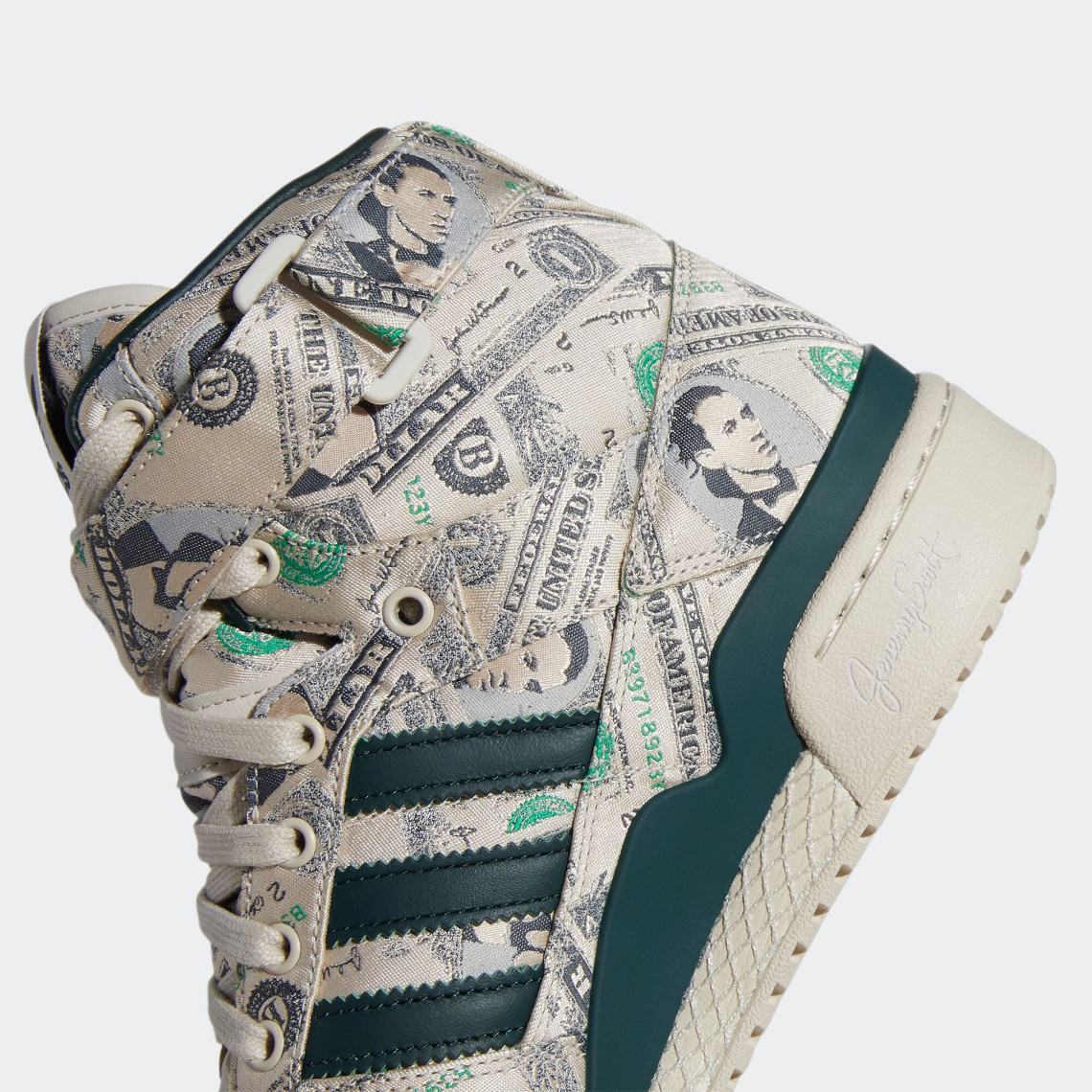