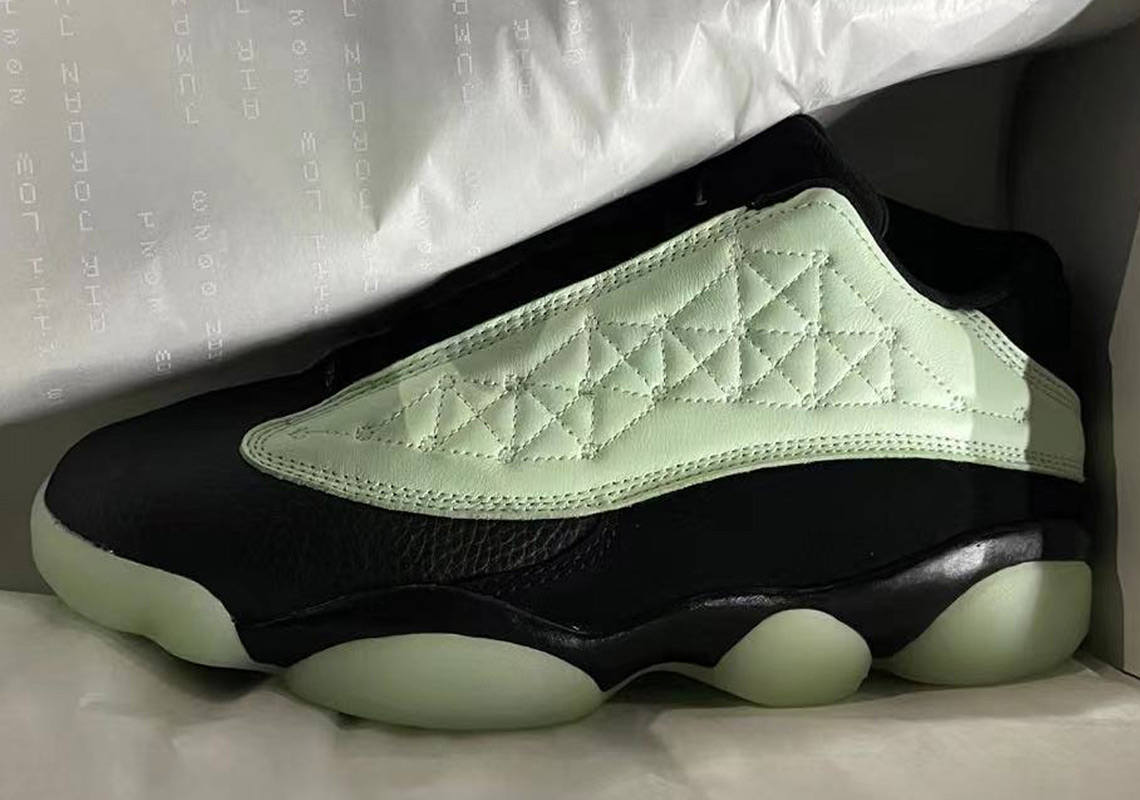 Although the Air Jordan 13 Low hasn’t experienced the mainstream attention of other propositions from Michael Jordan’s signature sneaker series, it’s garnered the attention of many enthusiasts with a penchant for being different. For its latest proposition, the silhouette has indulged in a “Barely Green/Black” colorway complete with all-new detailing on its upper’s signature synthetic leather overlay.

While the pair’s inspiration hasn’t been officially disclosed, detailing throughout the shoe and its packaging suggest some sort of digital backstory. The design cues across the low-top Air Jordan 13, in particular the choice of “Barely Green” and the sole unit’s presentation, evoke a futuristic aesthetic. Like the included tissue paper, the sneaker’s medial synthetic leather overlay feature Air Jordan-related branding stylized as lines of code à la “Matrix” franchise. Additionally, the dimple pattern on these panels are presented in a new layout and connected via a series of stitches.

Enjoy a first-look at the retro here below, and anticipate a Nike SNKRS release on November 11th.

For more from under the NIKE, Inc. empire, check out the Nike Air Huarache‘s 30th anniversary releases. 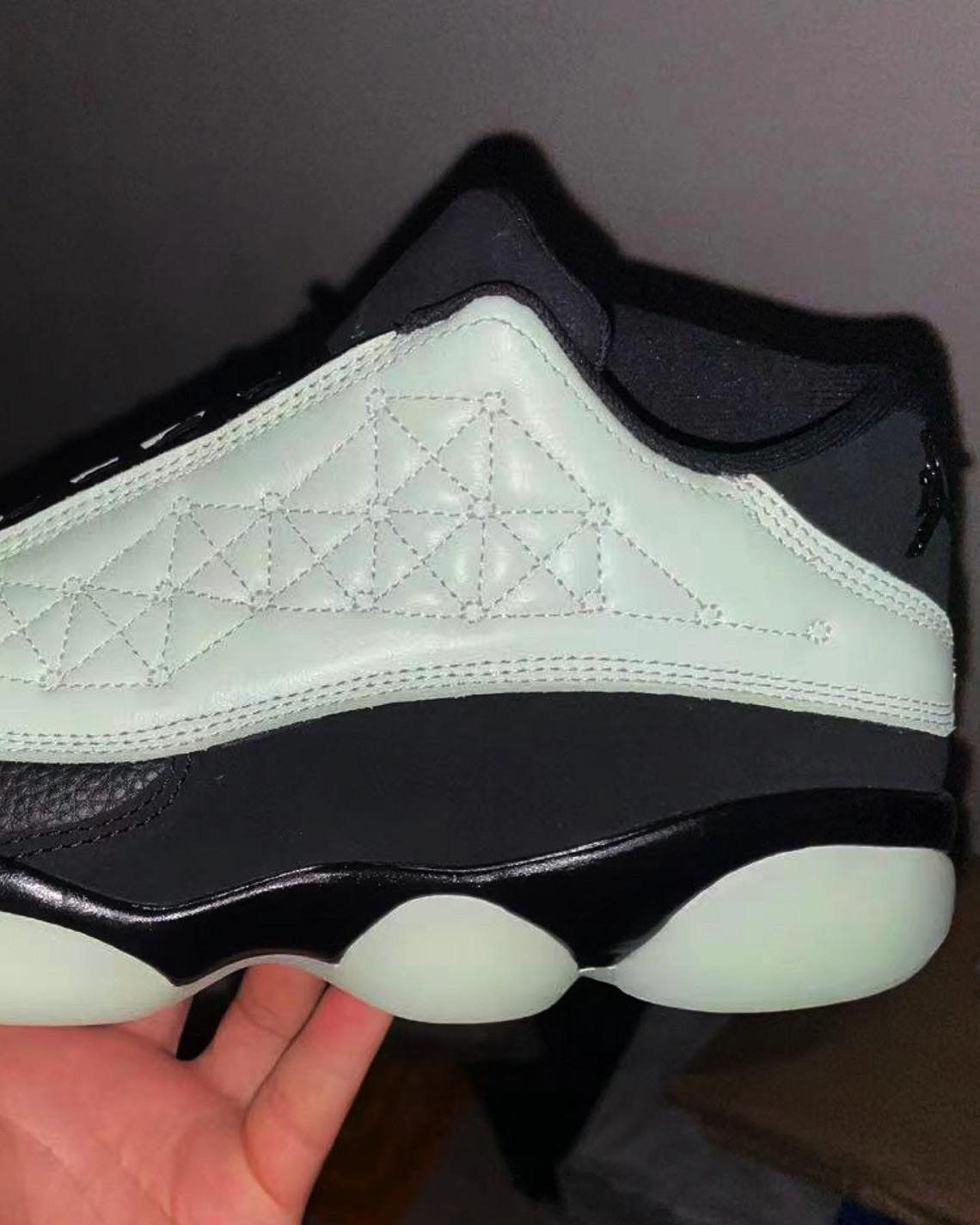 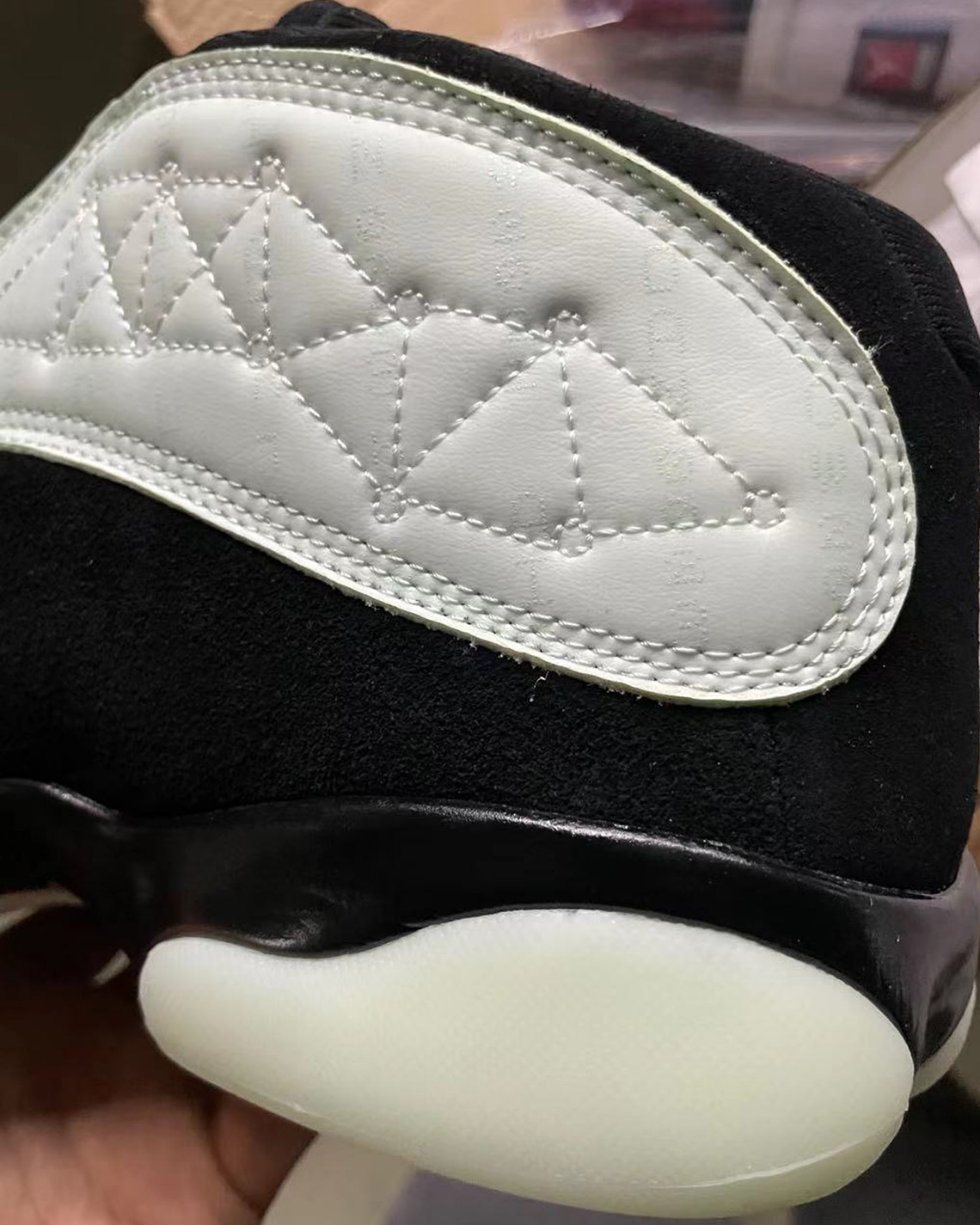