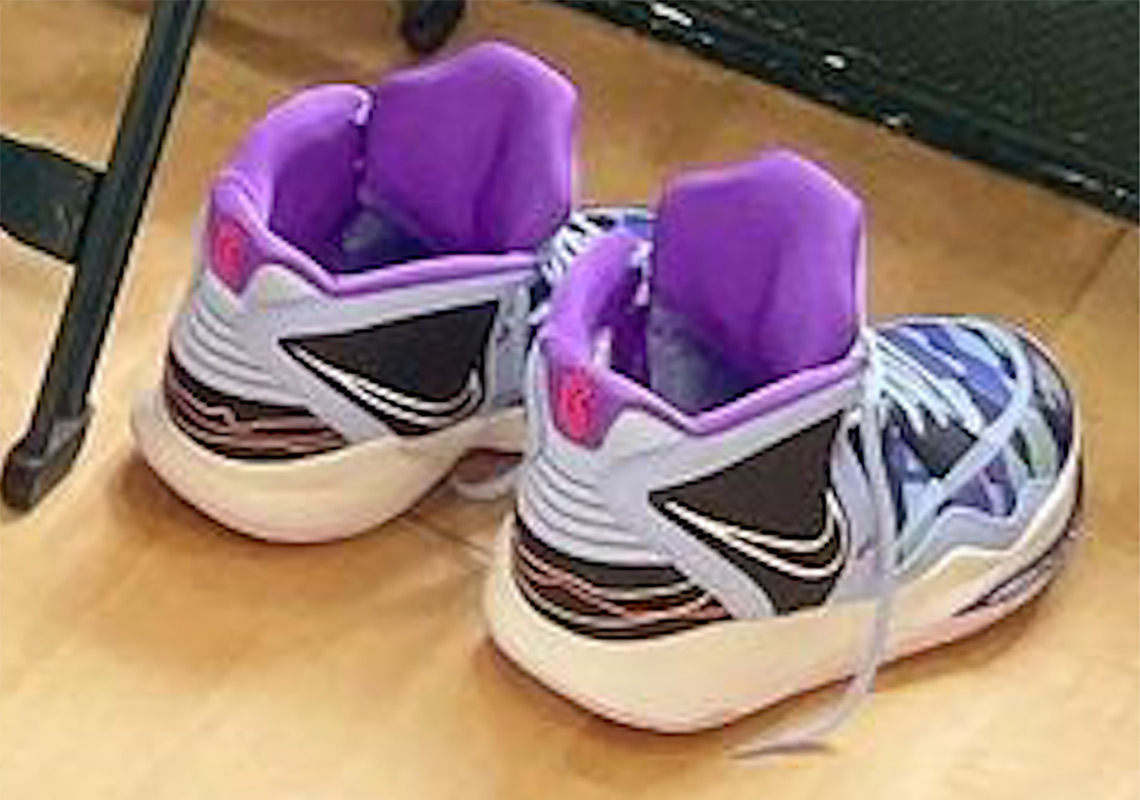 Kyrie Irving Spotted With Upcoming Colorway Of The Nike Kyrie 8

Though it sparked controversy for its own athlete’s distaste, the Nike Kyrie 8 will still release nonetheless. And it’s also likely that Irving has little to no say as he’s recently been seen in possession of an upcoming colorway.

With Doom SBs on his feet, Irving was recently photographed alongside both @therealsuraj201 and the aforementioned Kyrie 8. The latter, unlike the pair teased previously, is detailed with a little more color. Light purple hits dress much of the lining, while a cool-toned camo sits opposite, covering much of the forefoot. White, black, and what looks to be grey fill in much of the blanks elsewhere, composing the side Swoosh, mid-panel, midsole, and heel counter.

Enjoy a very quick look at what’s on the way here and sit tight for further release updates.

In other news, the Travis Scott Air Max 1 Wheat is possibly just around the corner.