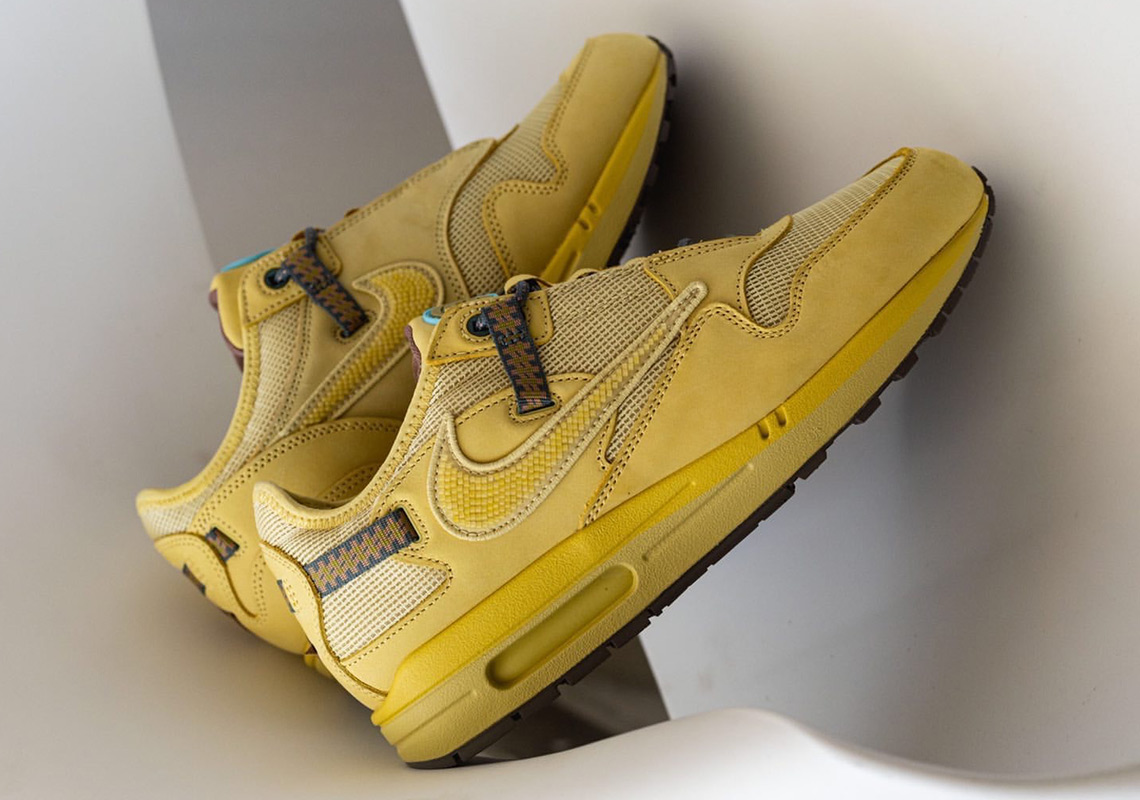 Undoubtedly one of sneaker culture’s finest, Travis Scott has effortlessly taken 2021 by storm, offering collaborations with PlayStation and even the legendary Hiroshi Fujiwara. And soon — likely before the year’s end — the artist will drop not just one but multiple iterations of his Air Max 1.

The classic sees a treatment not too unlike the releases before it. The Swoosh, for example, is flipped like La Flame’s beloved Air Jordan 1, though it’s given a much slimmer, less pronounced shape. Elsewhere, the construction features a number of mountaineering-inspired elements, such as the patterned webbing and rope laces. It’s in palette that the pair sets itself apart, subverting the earth tones of its predecessors for a much brighter yellow arrangement. Accents of light blue, then, play up the branding along the tongue, rounding out a colorway far louder than its “Wheat” dubbing leads you to believe.

For a closer look, check out the images added below. Sit tight as we await more details on the rumored 2021 launch.

In other news, the Yeezy 500 Brown Clay could be landing this September. 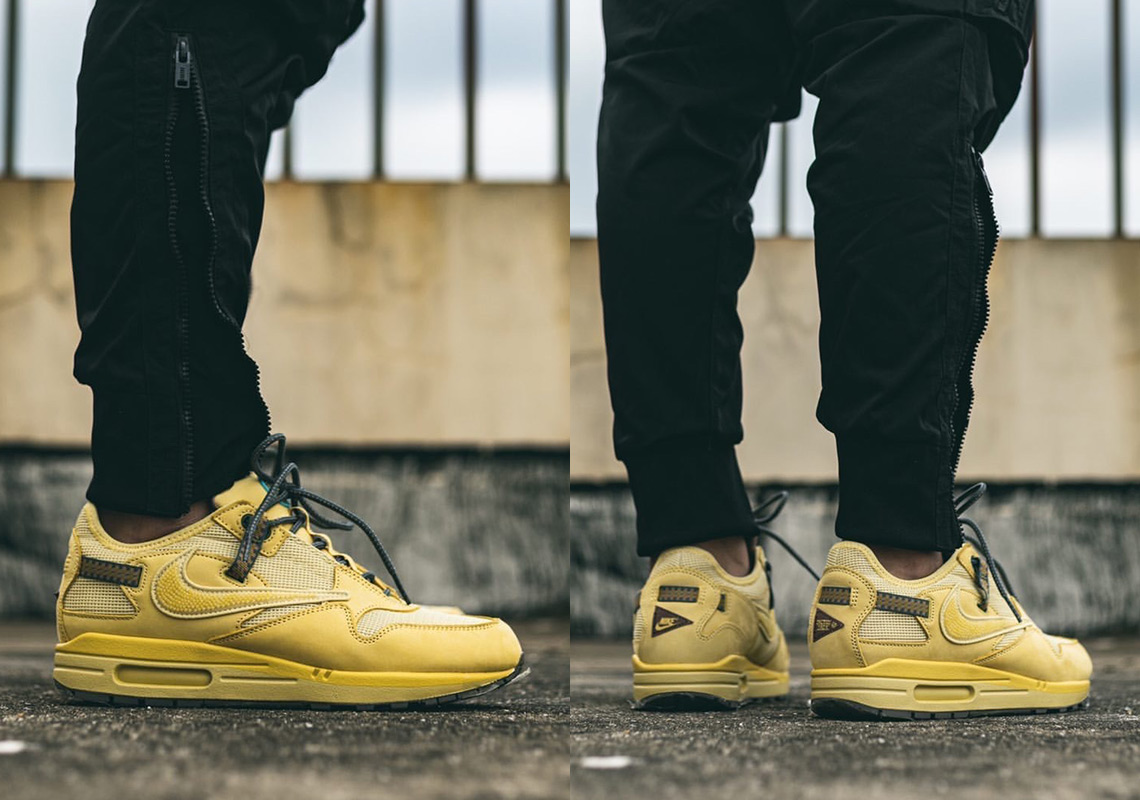 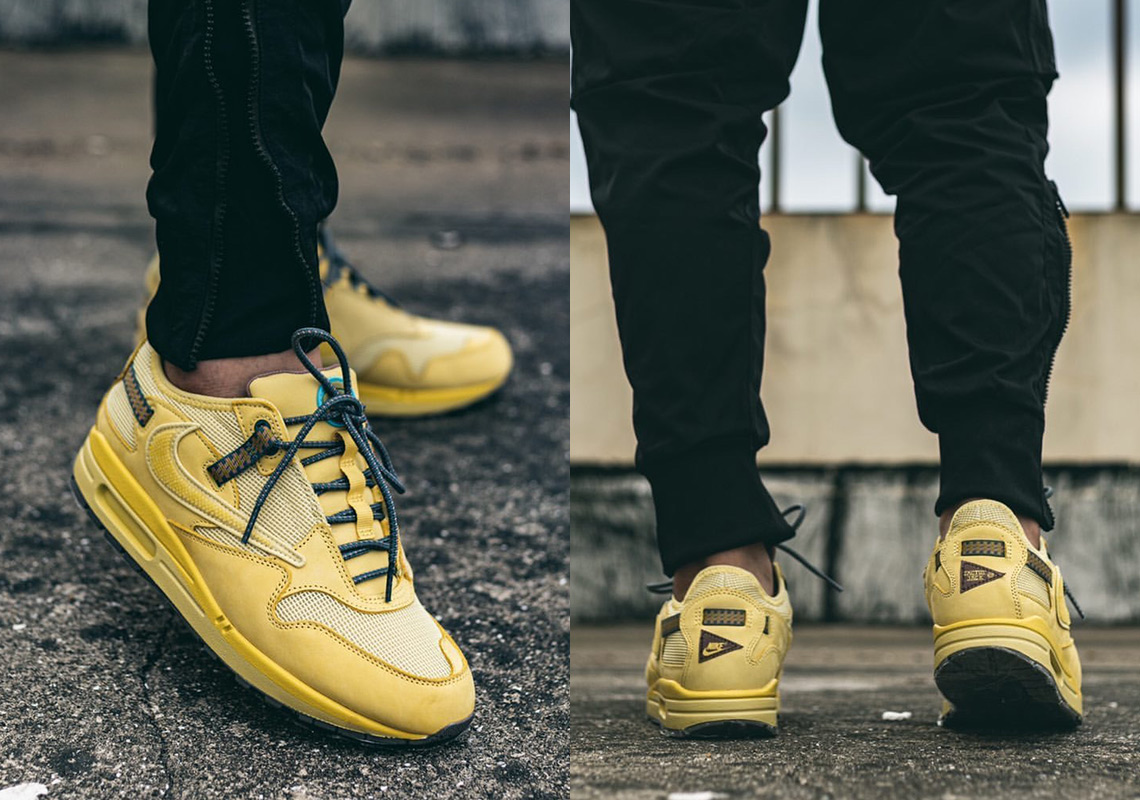 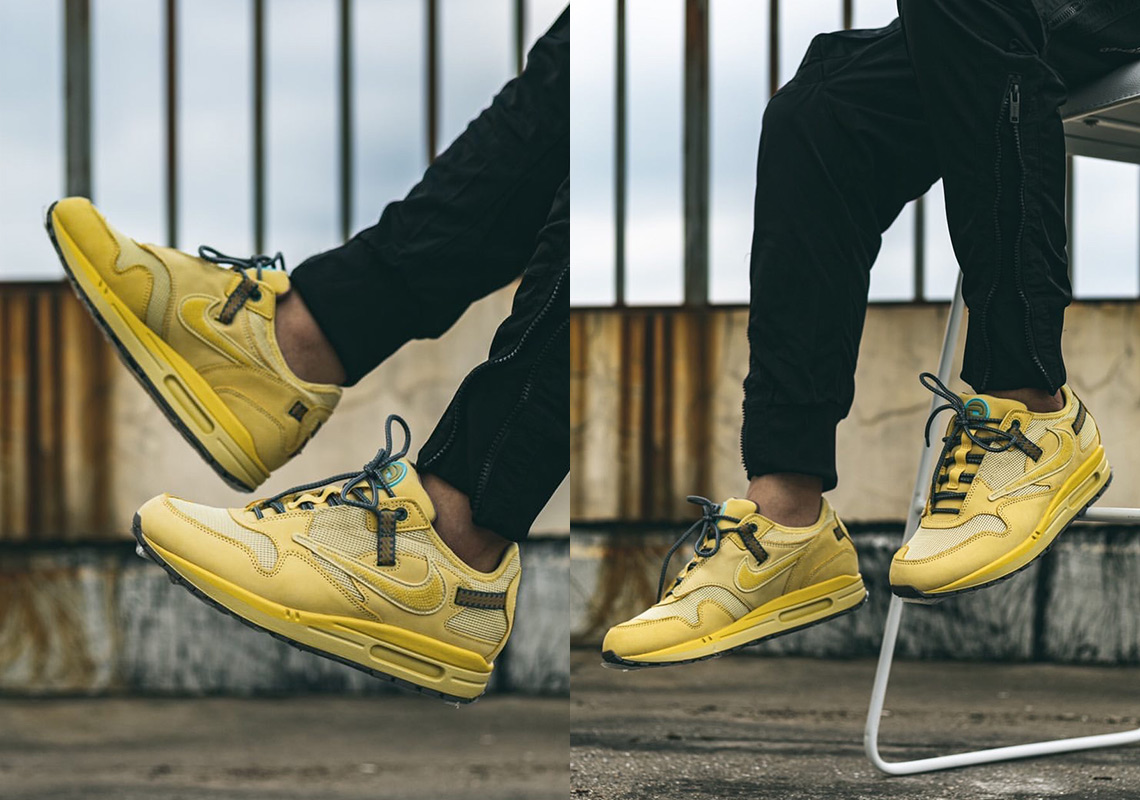 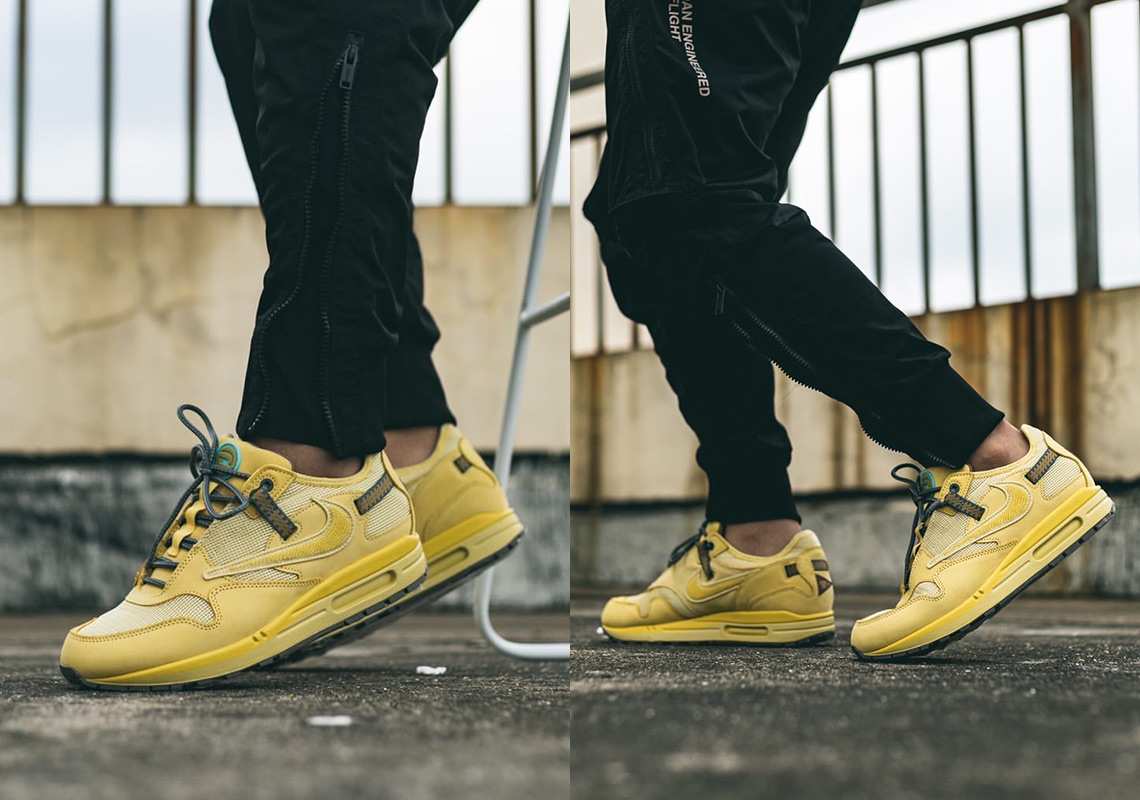 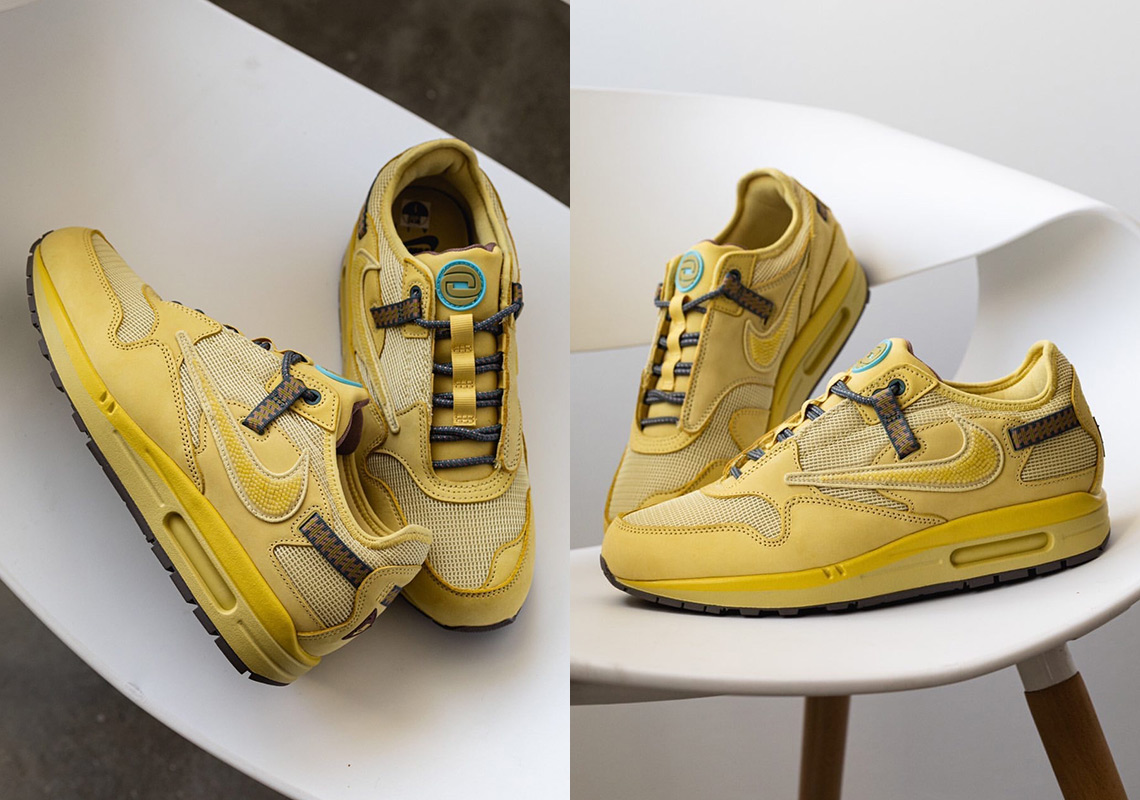 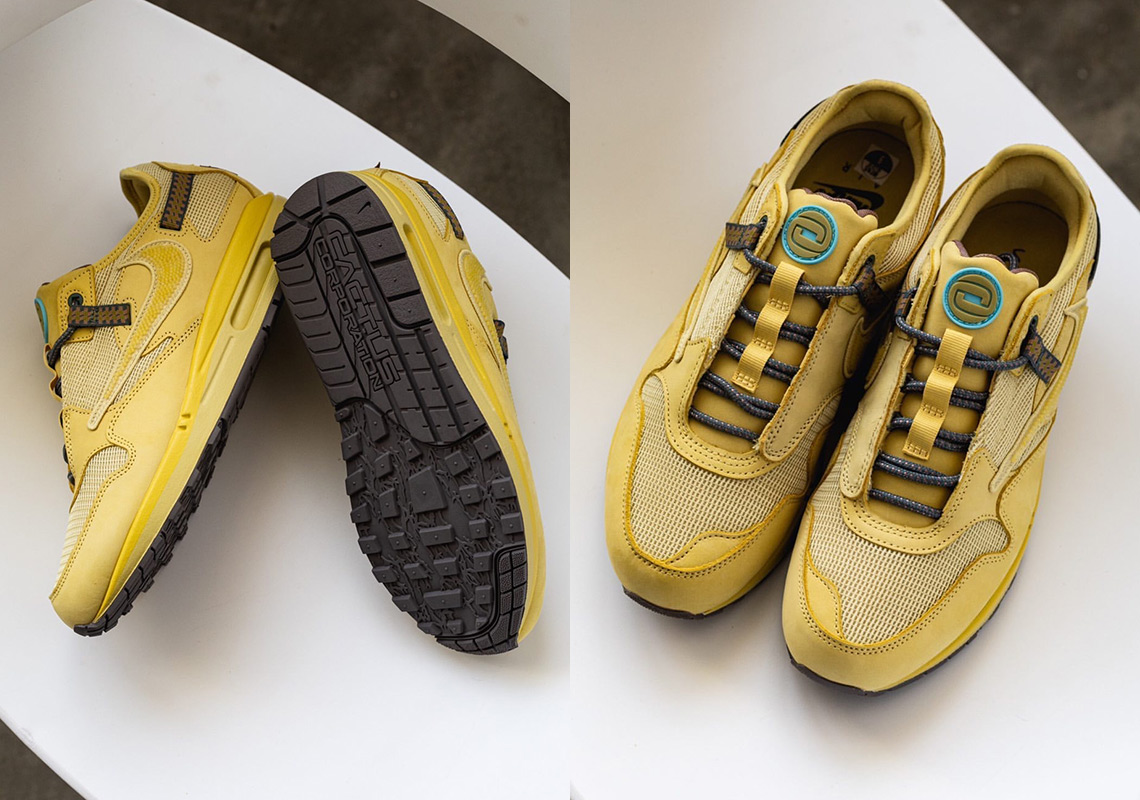 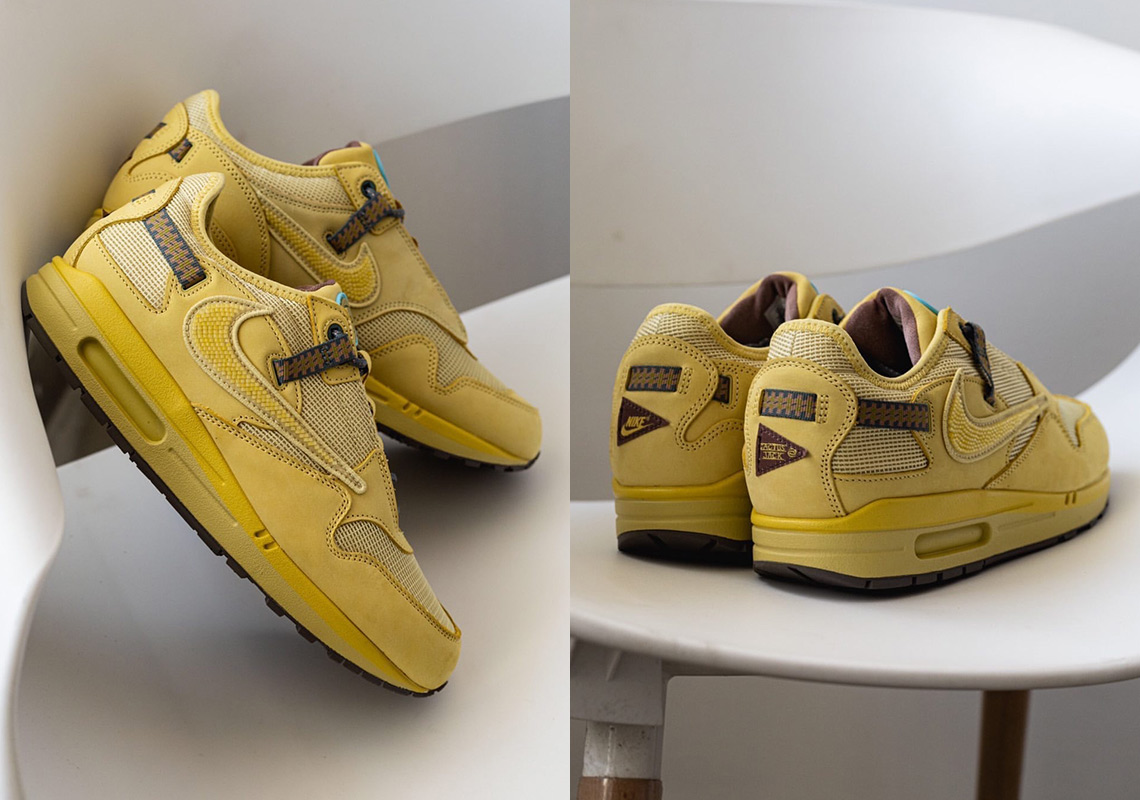 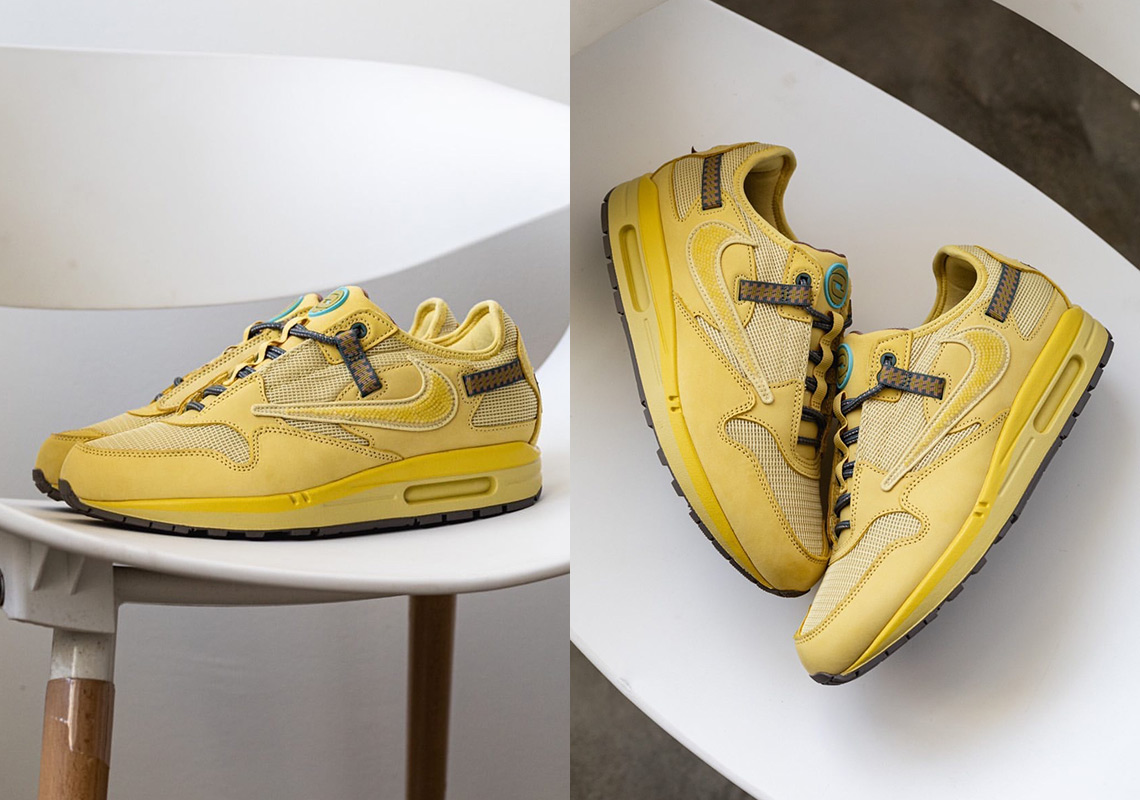