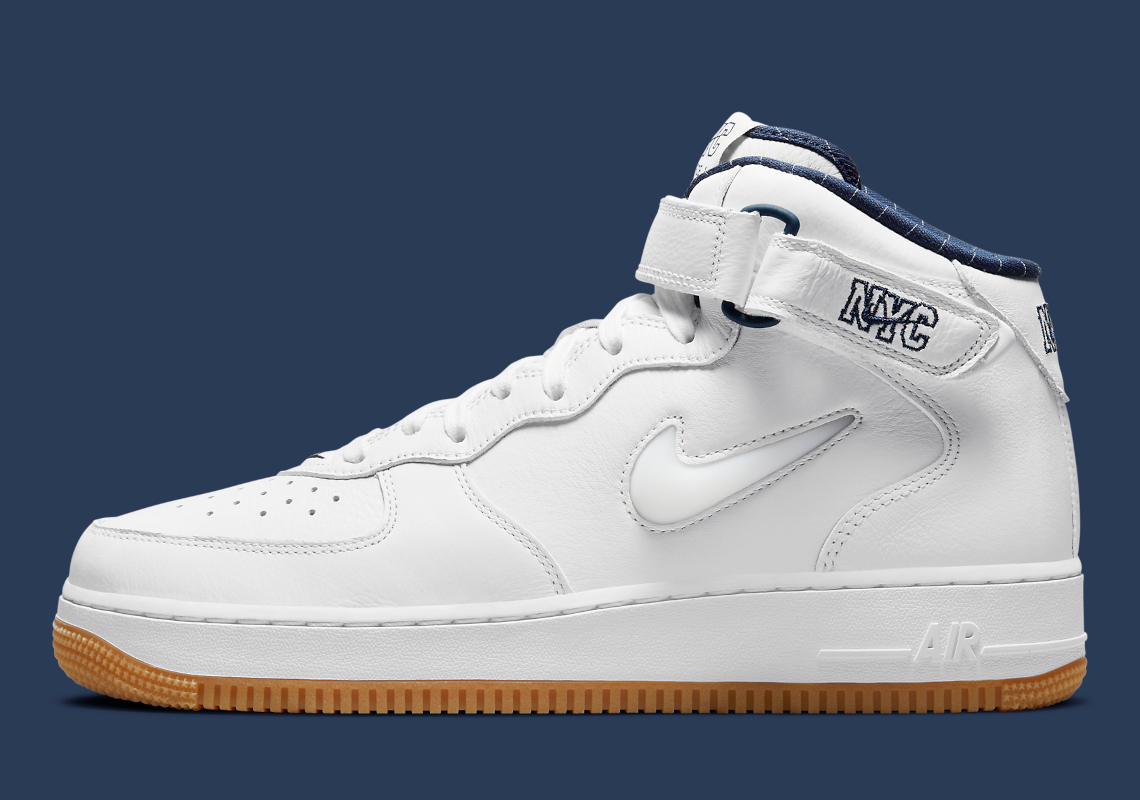 The Nike Air Force 1 Mid has become the “butt” of many a viral joke, but it’s played an important role in the model’s history, introducing design cues that’ve landed on other trims (i.e. jewel swoosh). And while the silhouette has become recognized and celebrated across the globe, its ubiquity elsewhere often pales in comparison to in New York City.

For its latest proposition, Bruce Kilgore’s iconic creation has indulged in a “White/Midnight Navy/Gum Yellow” colorway. The palette has previously taken over the made-for-the-hardwood proposition, but it hasn’t been accompanied by pinstripe inner lining, “NYC” branding on the tongue label and ankle strap, and “6” MTA line logos on the outsole. Although this Nike Air Force 1 would match any New York Yankees jersey and cap perfectly, the choice of train line is rather peculiar given that the “Jenny from the Block”-associated route runs east of the Bronx’s River Avenue; a “4” would’ve been more fitting. Nevertheless, the shoes are fresh, and therefore NYC-approved.

No official Nike.com release details have been disclosed, but this mid-top Air Force 1 is likely to arrive before 2021 ends. In any case, enjoy images of the pair ahead.

For more from under the NIKE, Inc. umbrella, check out the Air Jordan 5 “Oreo” set to return for the first time ever on September 10th. 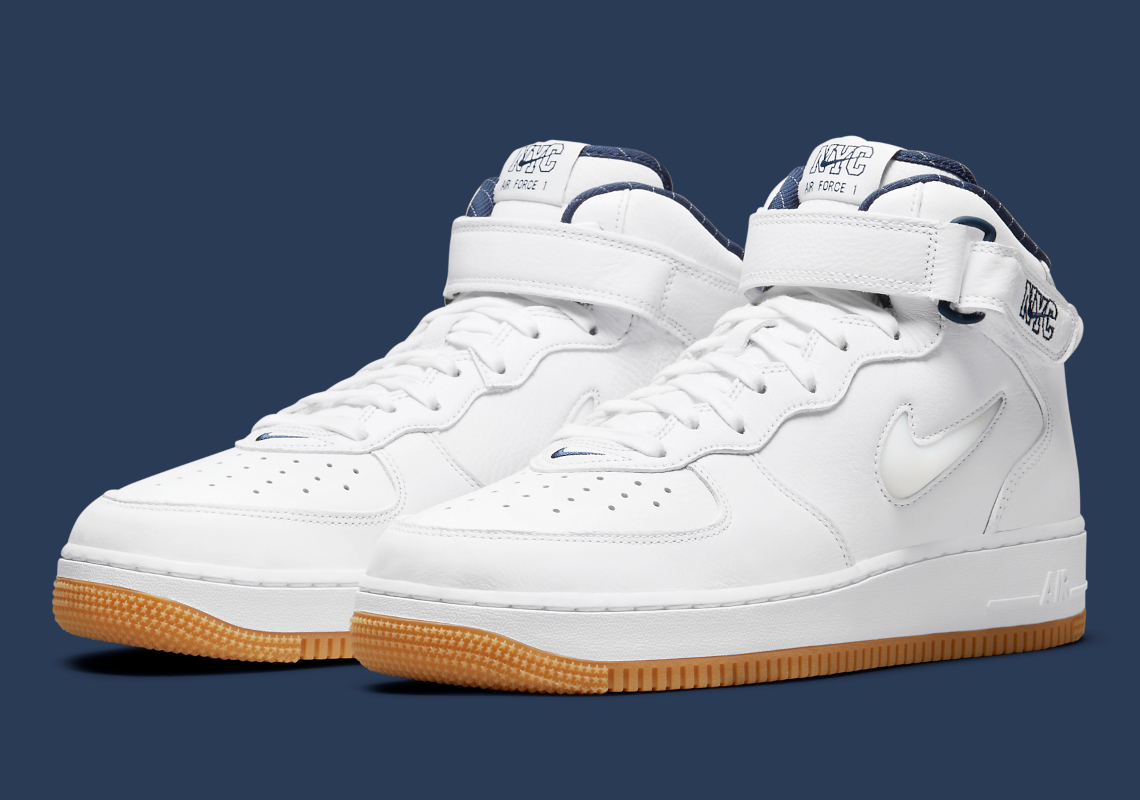 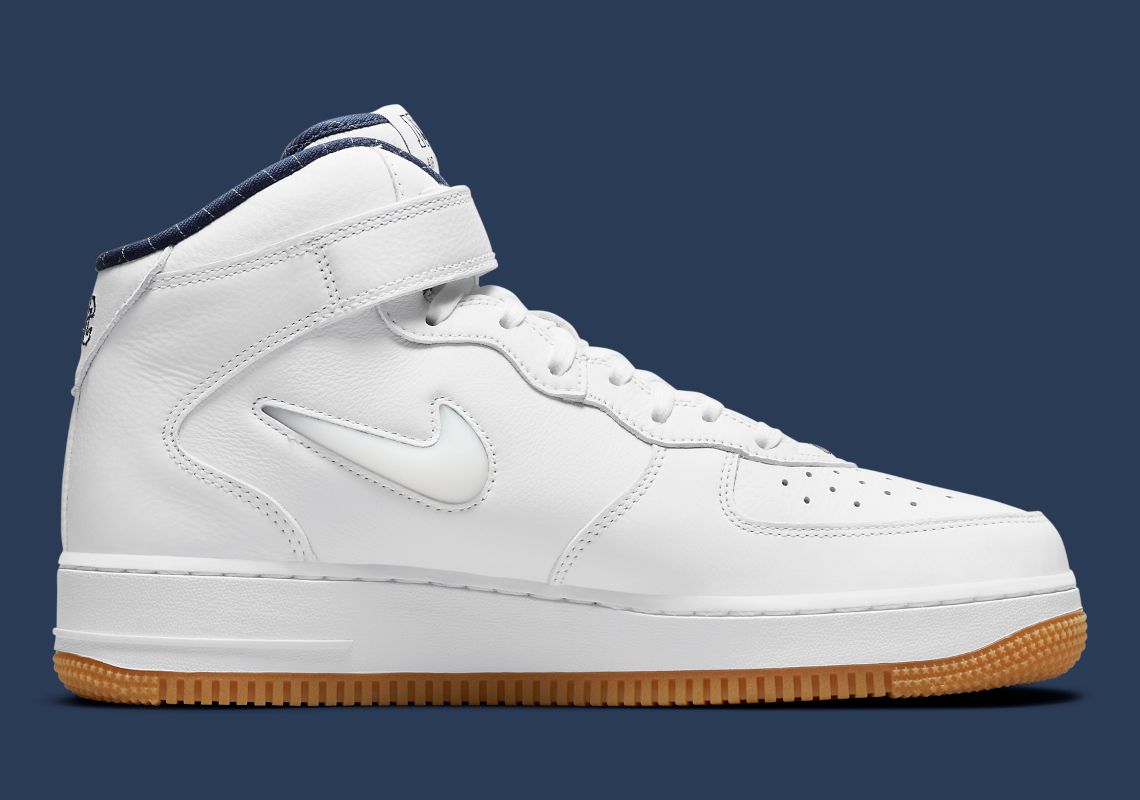 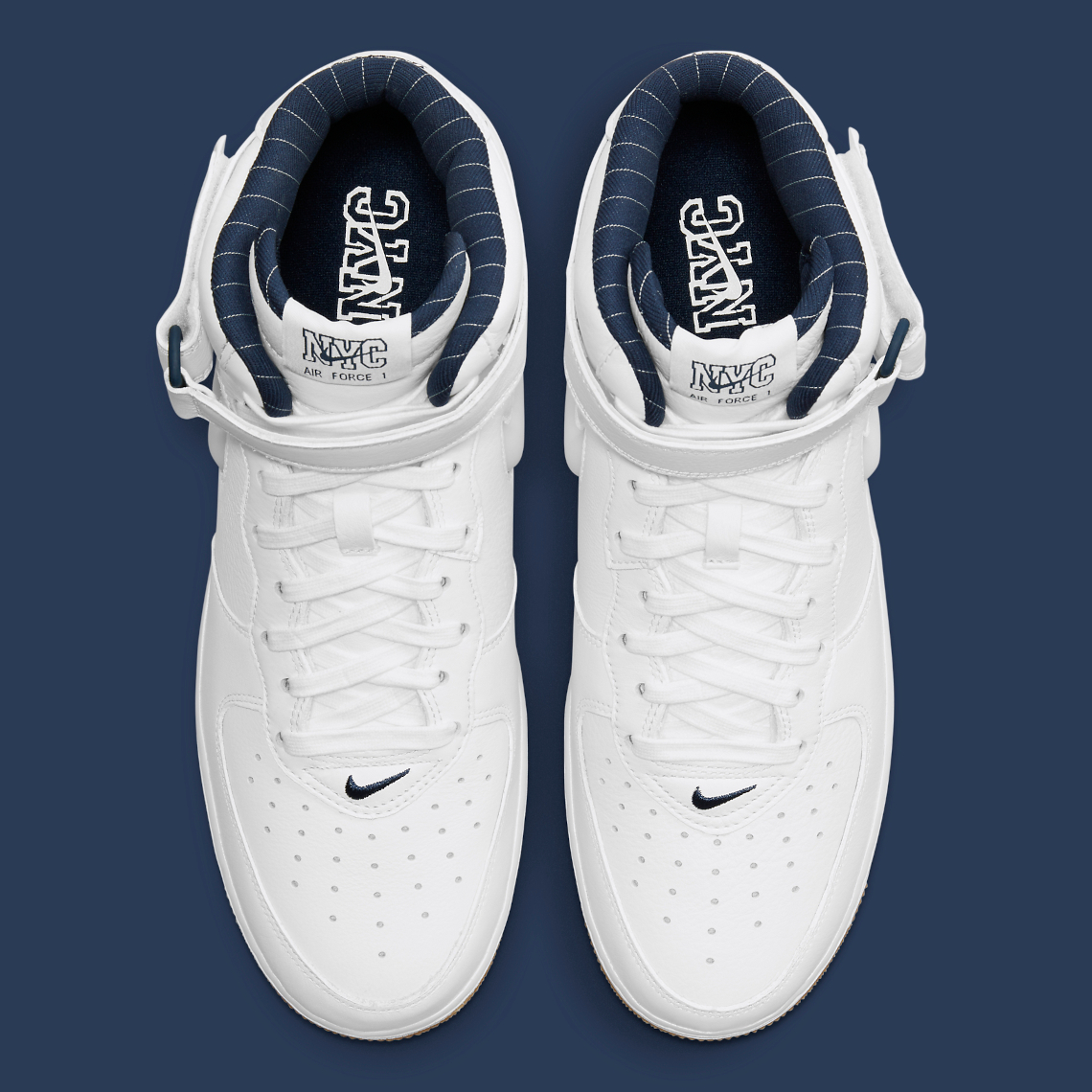 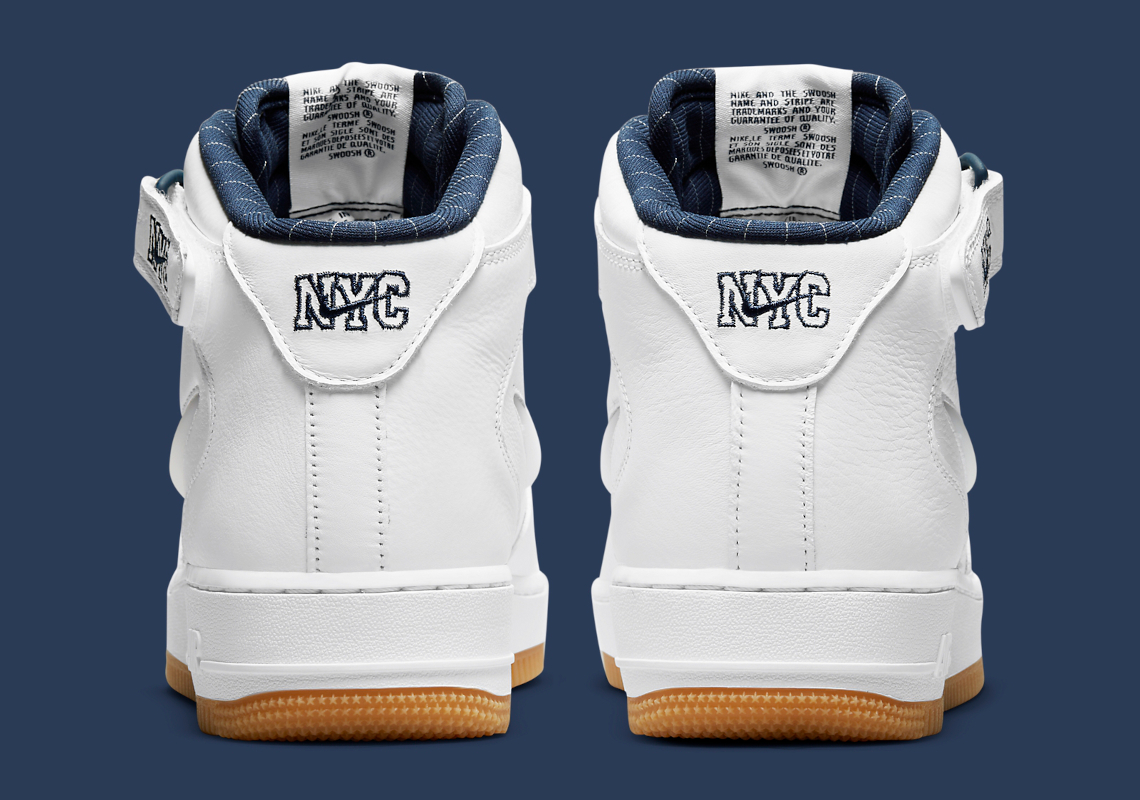 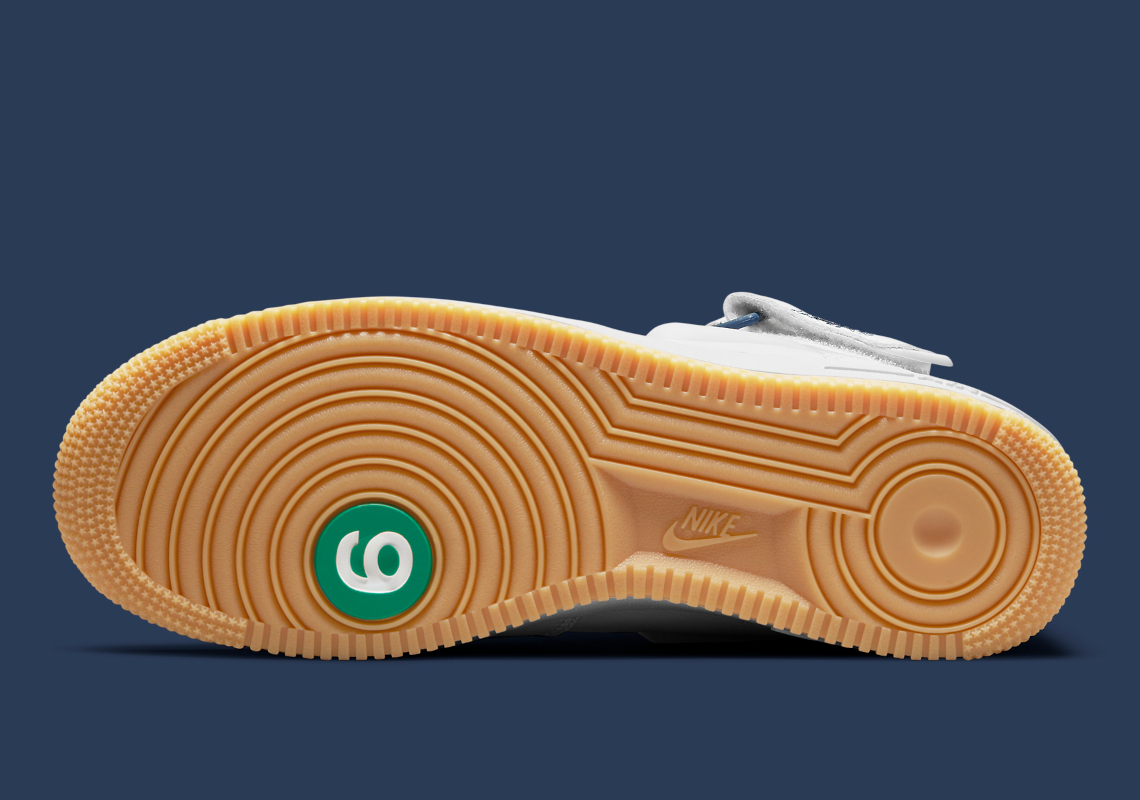 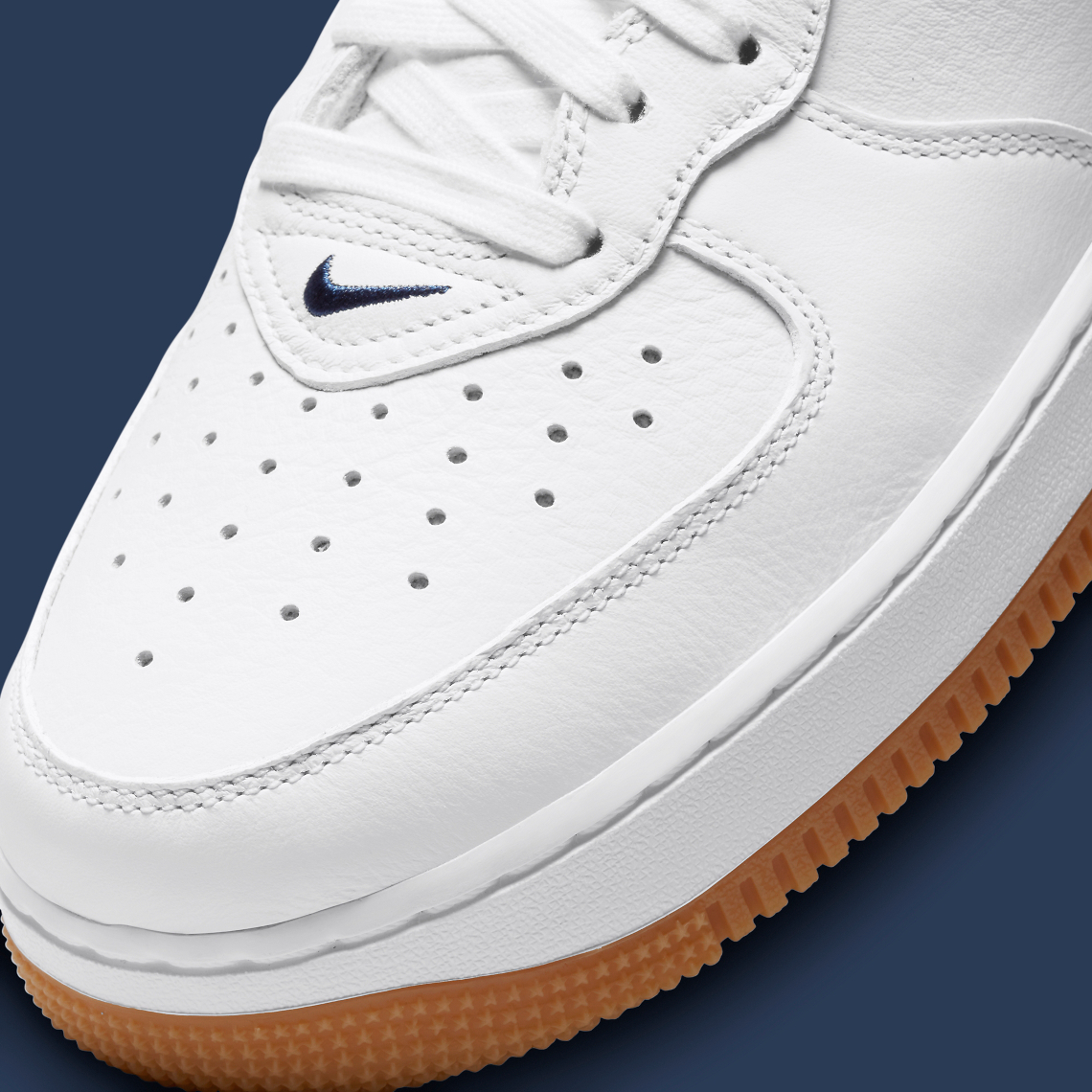 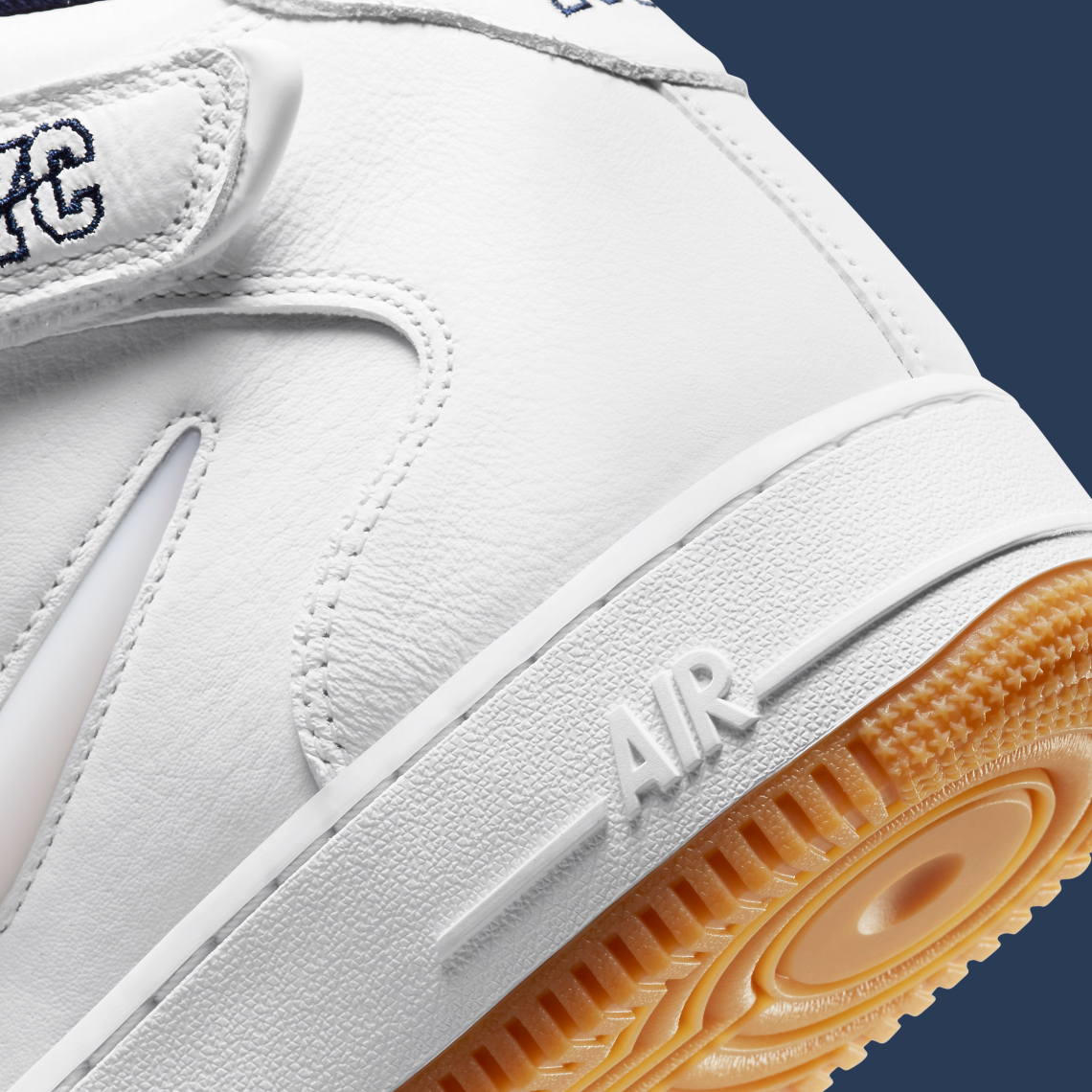 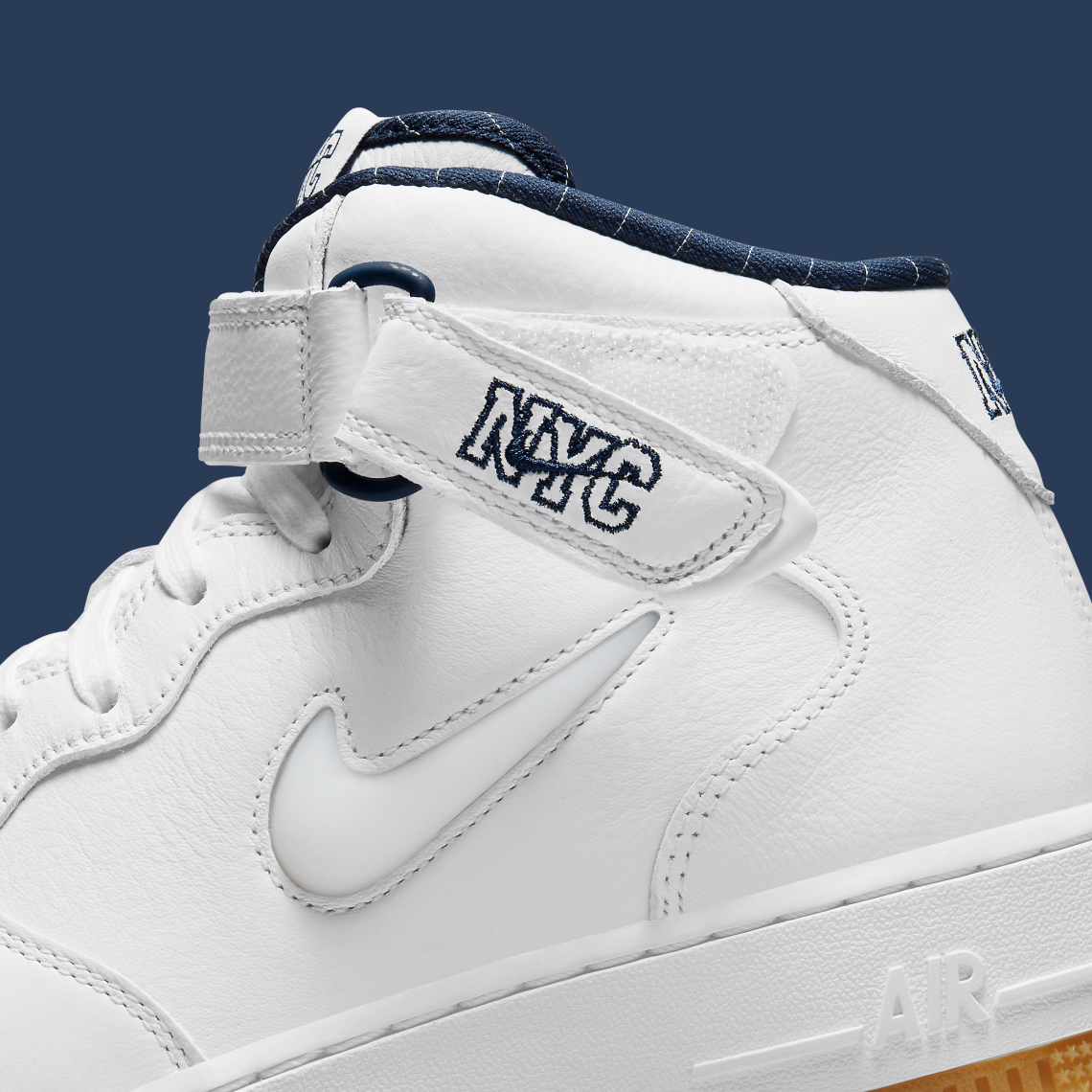 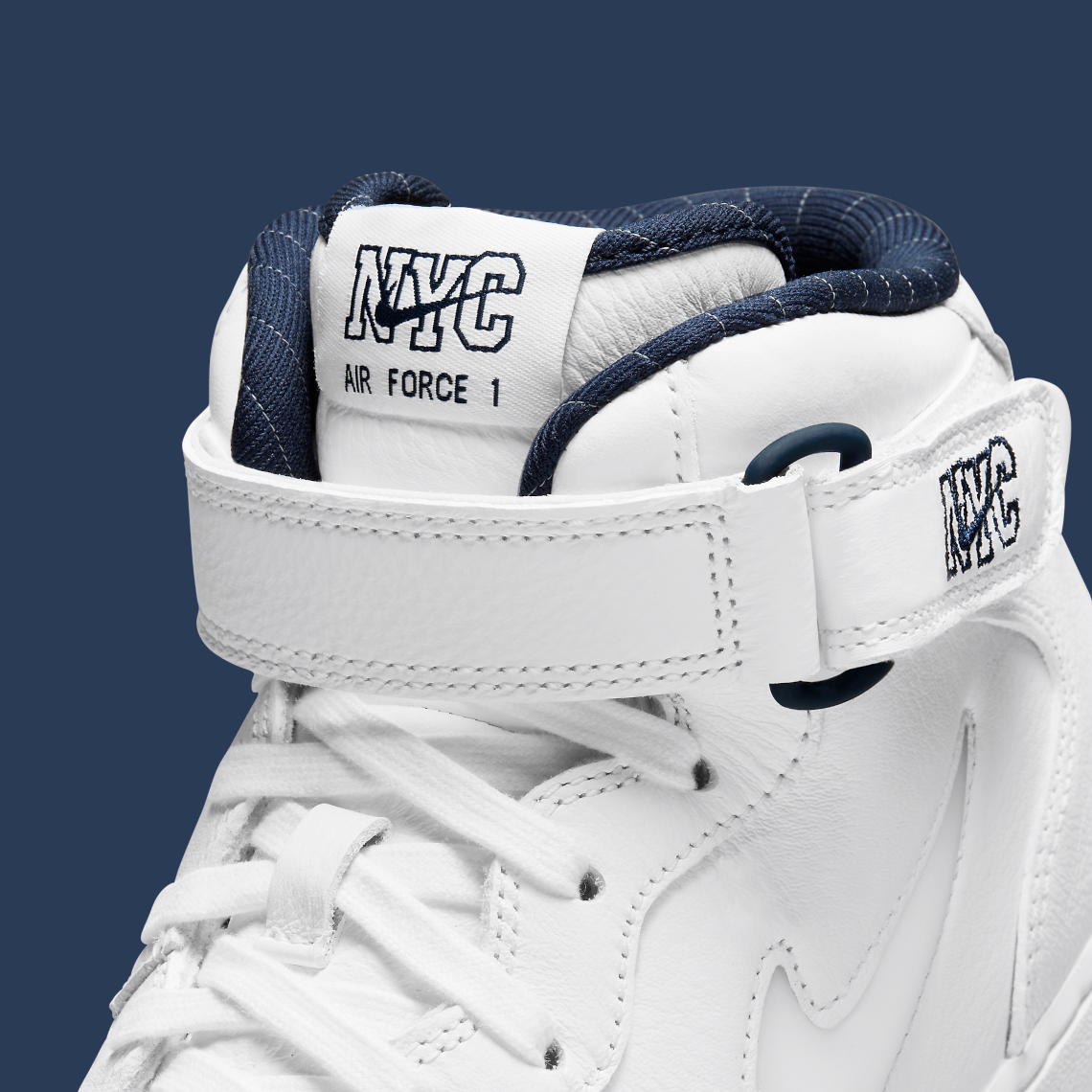 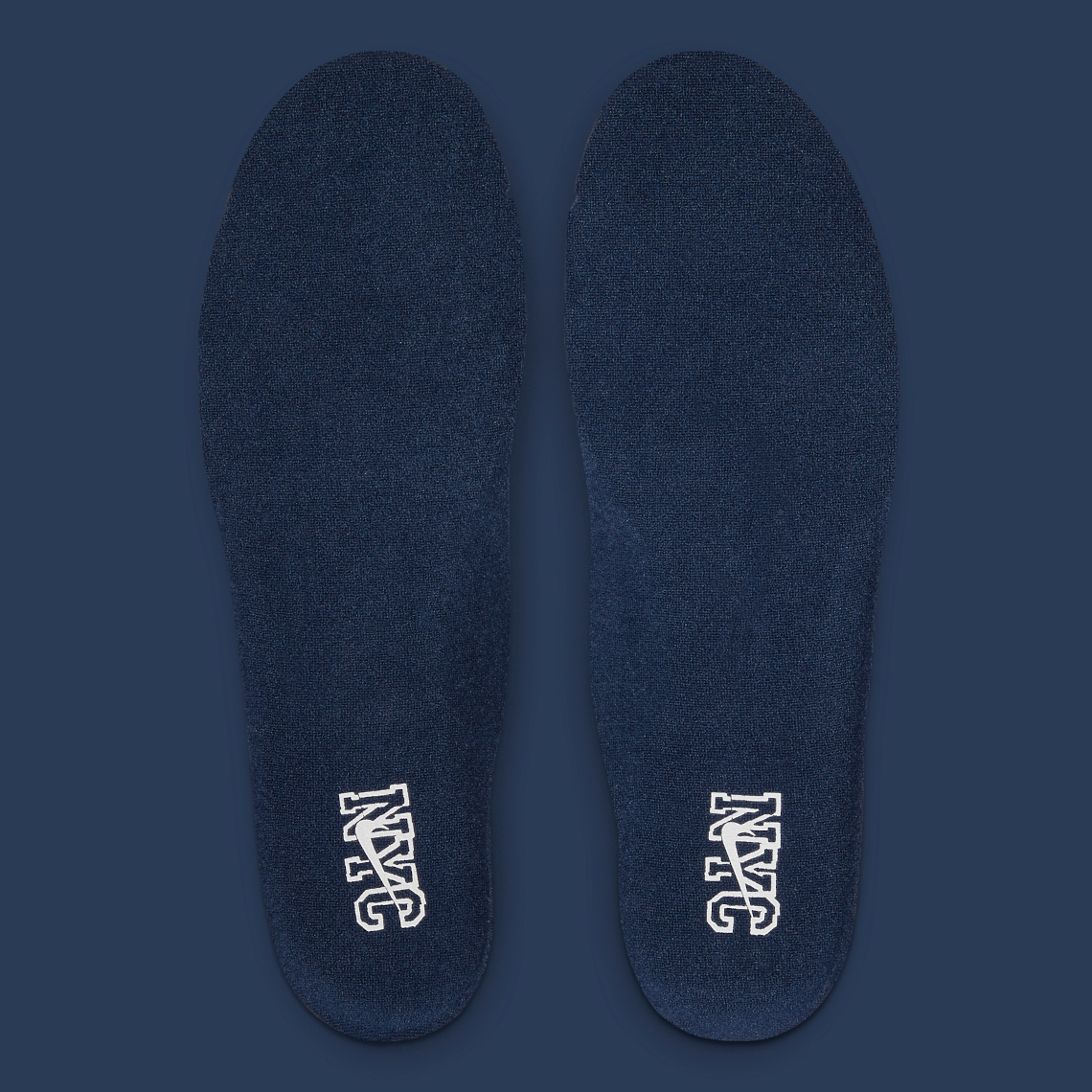