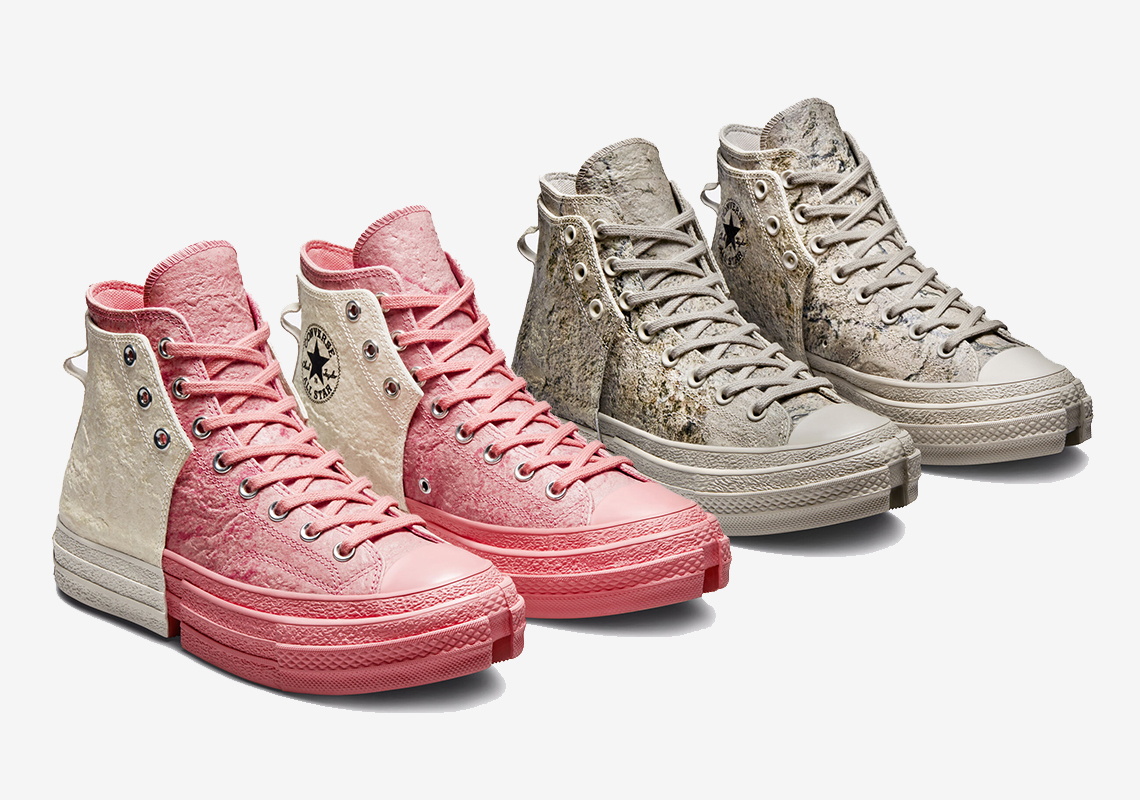 It’s been almost exactly a year since Feng Chen Wang’s last collaborative venture with Converse. And in honor of their reunion, the two are revisiting the 2-in-1 Chuck, a patchworked creation that’s nothing short of Frankenstein-esque.

In construction, the two new colorways are identical to the pairs before it. Pieces of the Chuck Taylor are applied atop another, adding height to the sole and dual-layer bulk to the back heel. Through color and print, Wang explores a “Reborn from the Rubble” theme, turning it tangible with two very distinct styles. The first mirrors traditional concrete, masking many of its canvas panels in a slate veil. In contrast, the second offering veers towards louder color, painting over the same texture with pink and white hues.

For a closer look both options, check out the official images below. A release is due to hit Converse.com on October 12th at price tag of $180 USD.

In other news, the Patta Air Max 1 releases tomorrow. 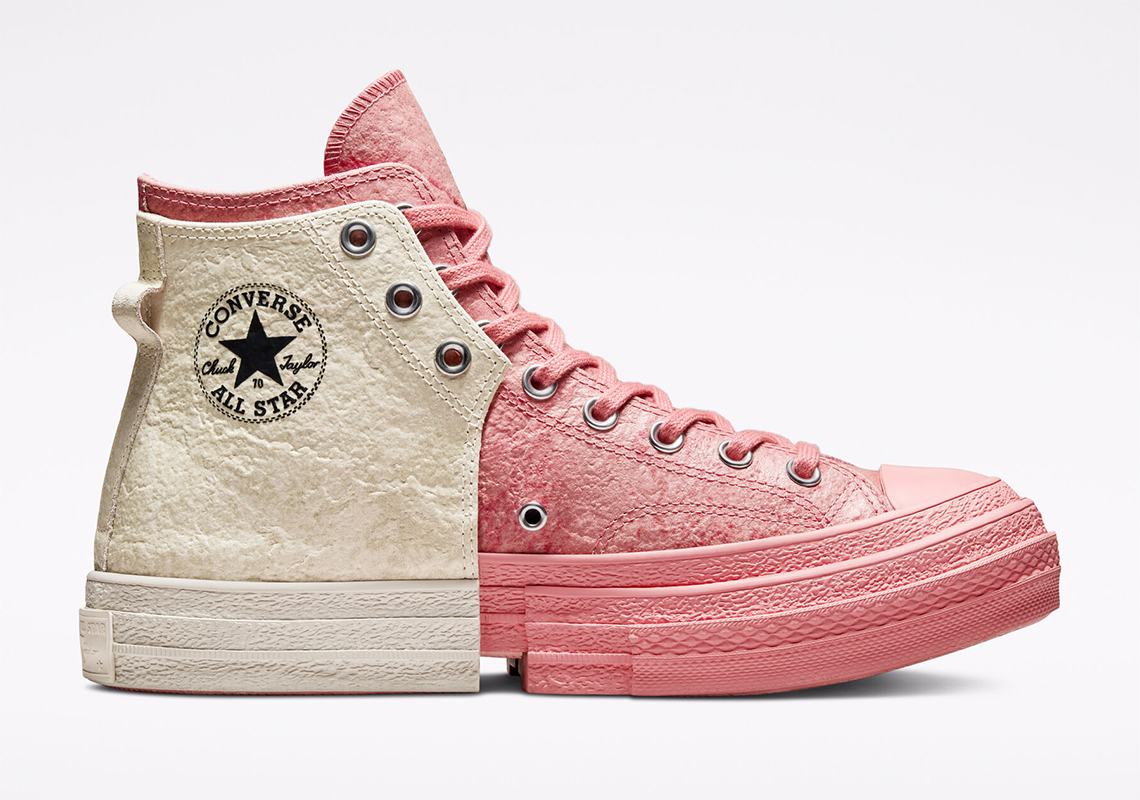 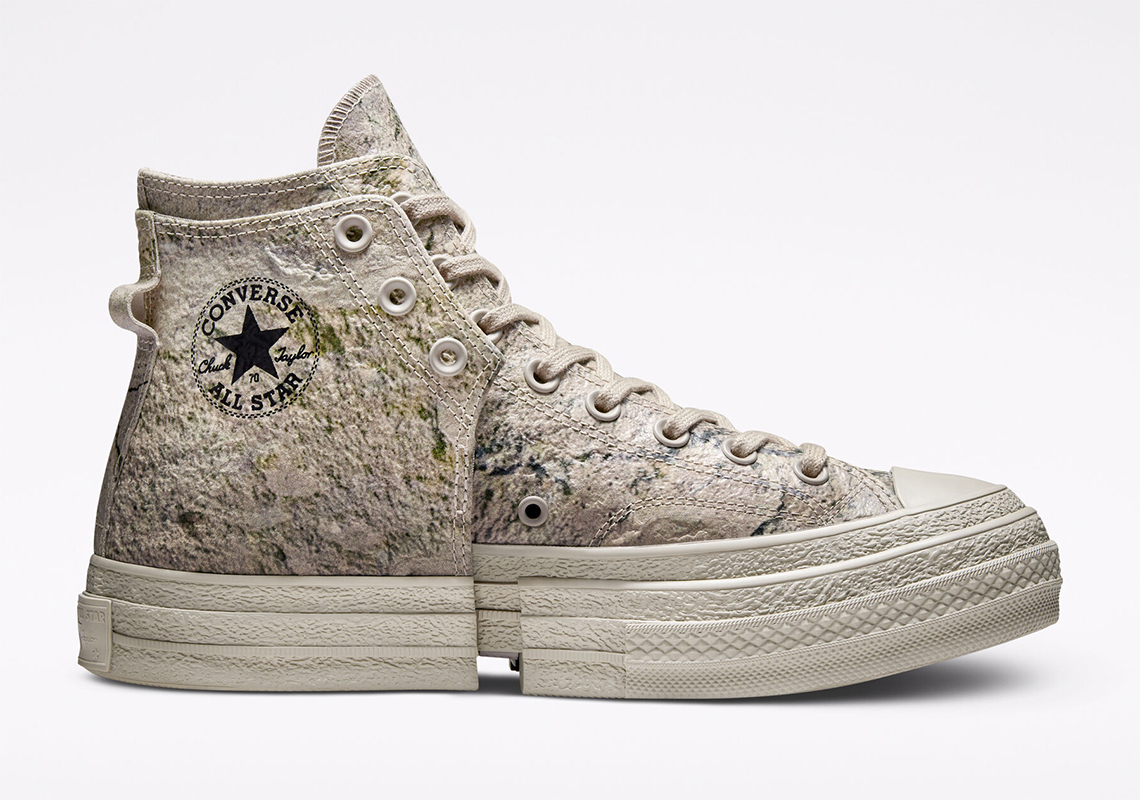 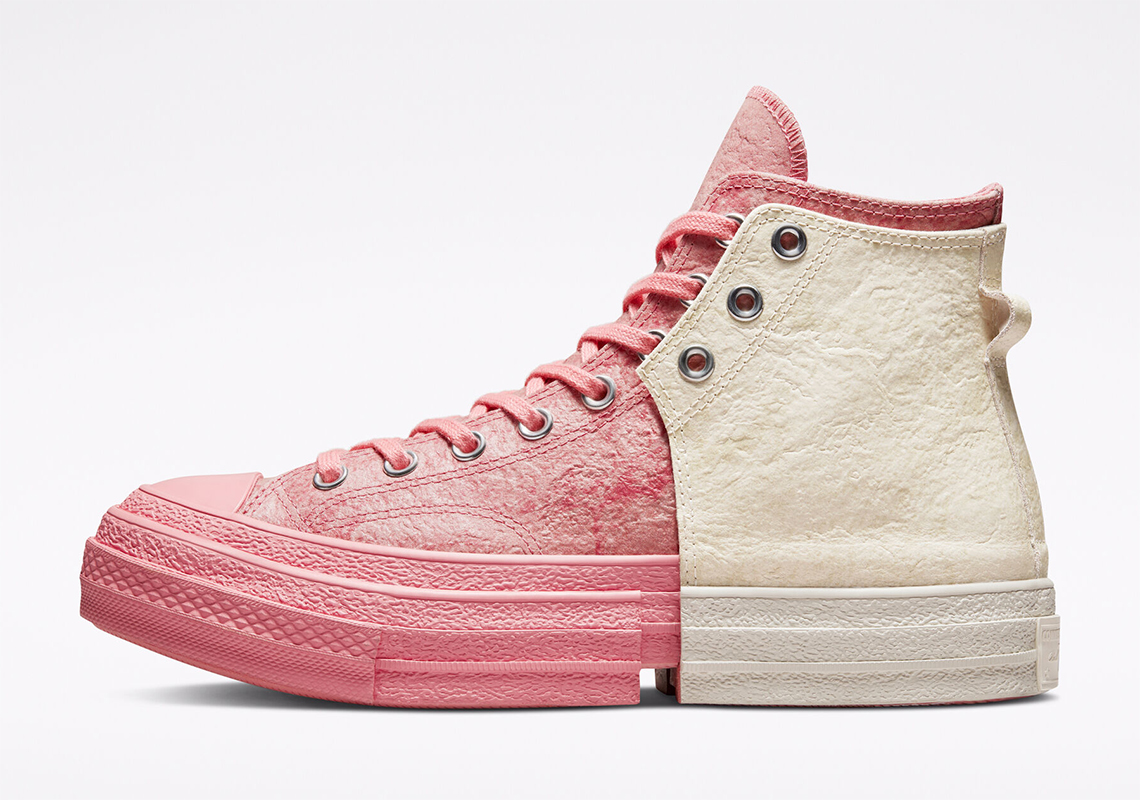 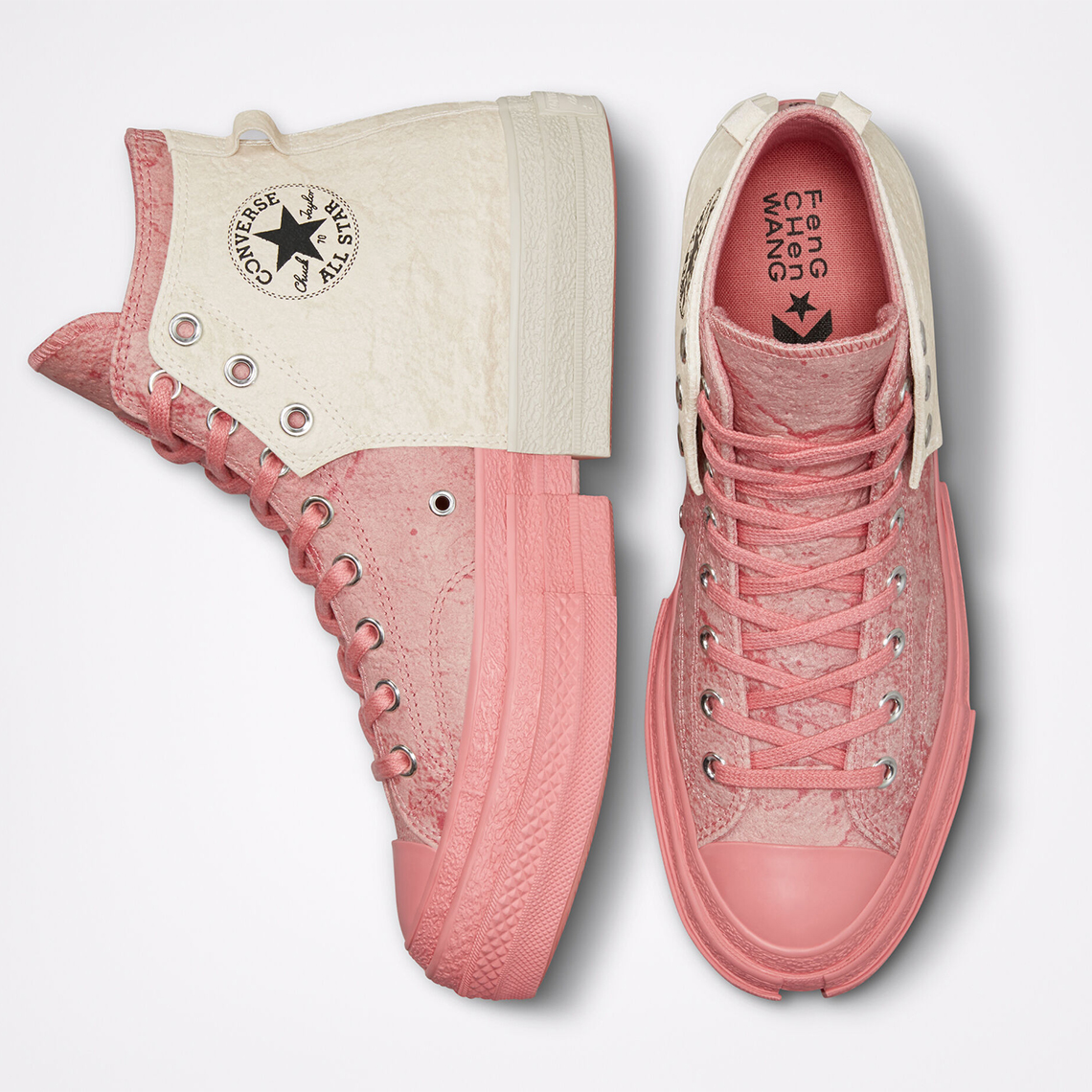 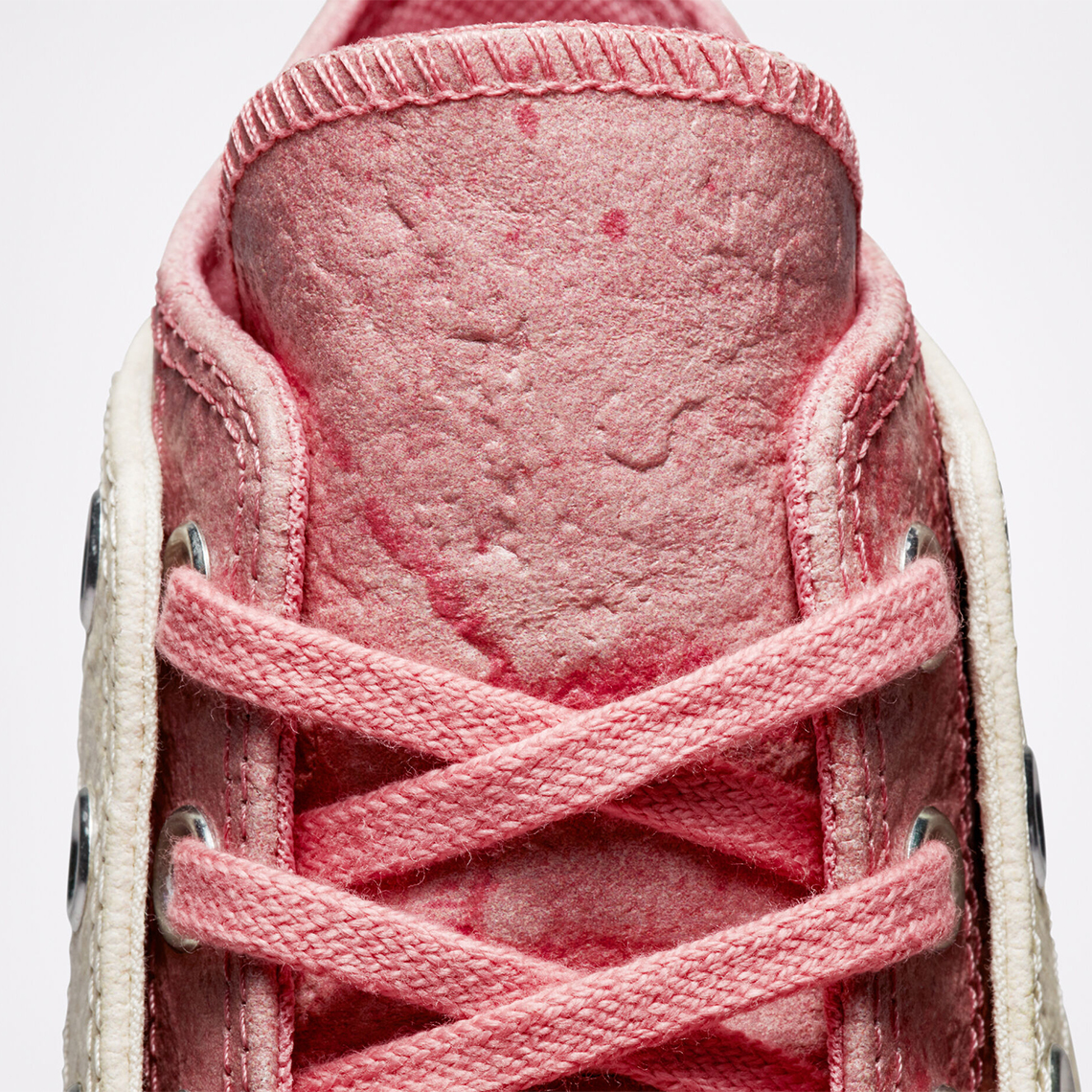 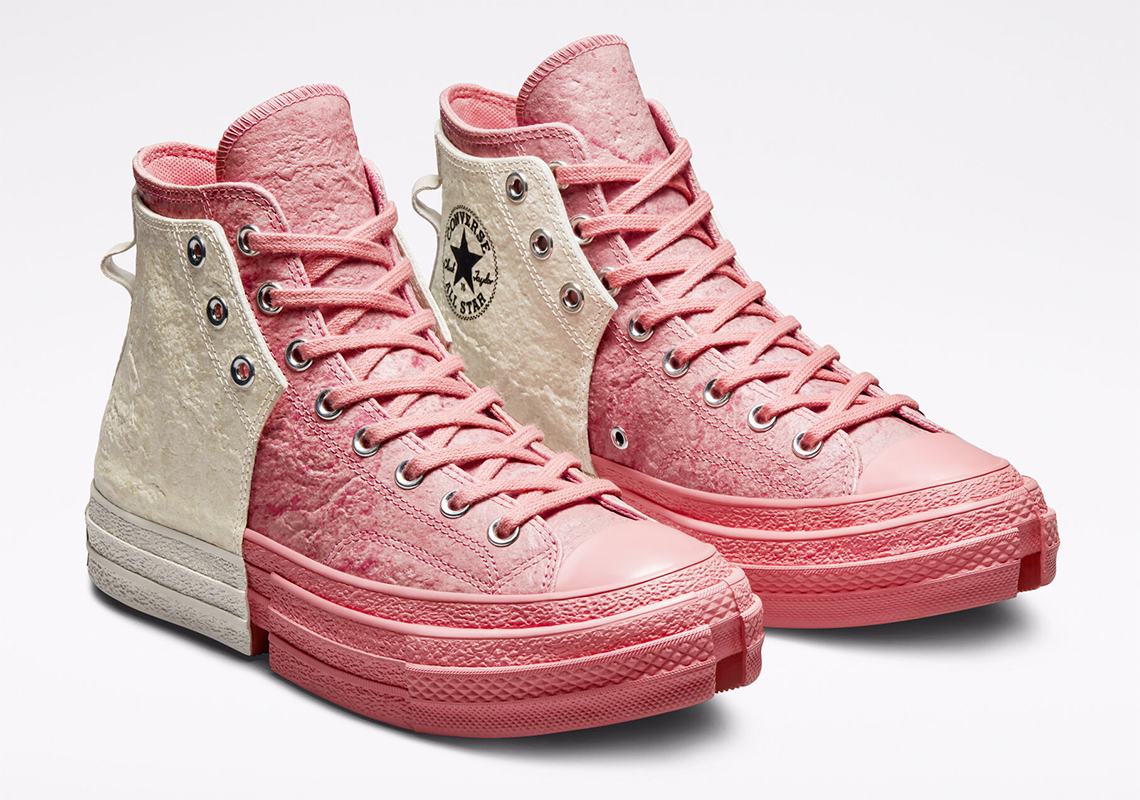 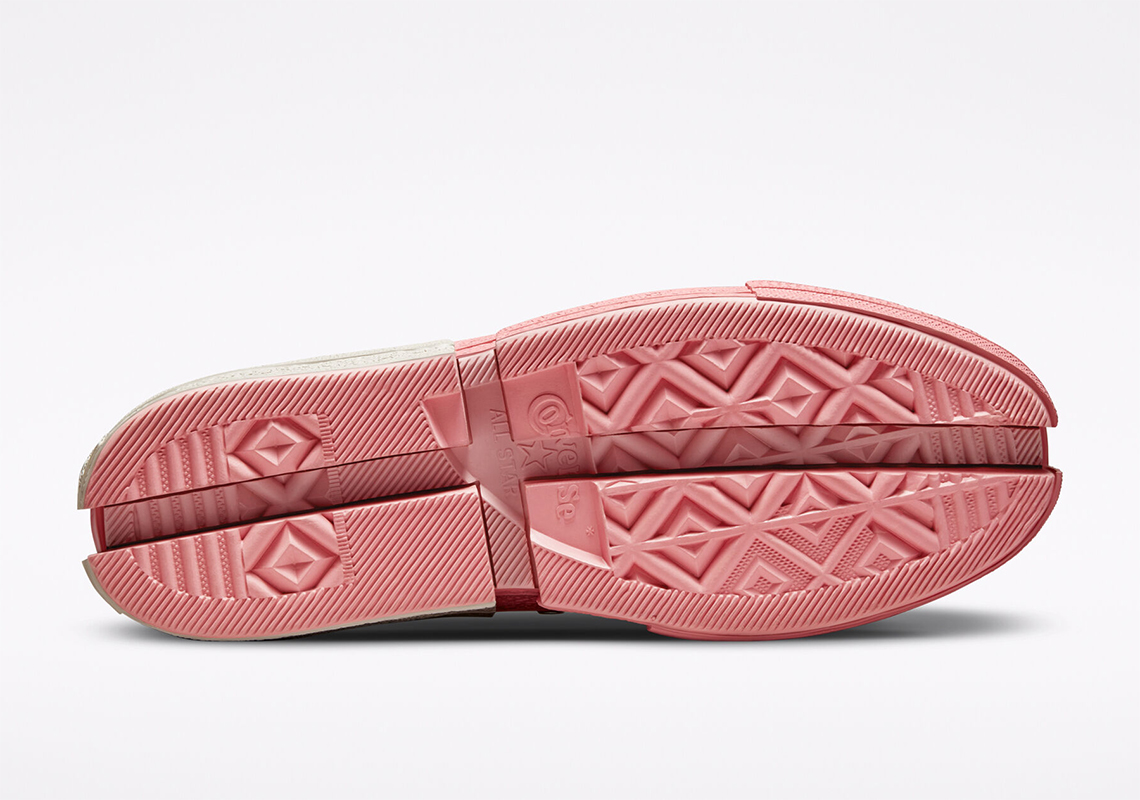 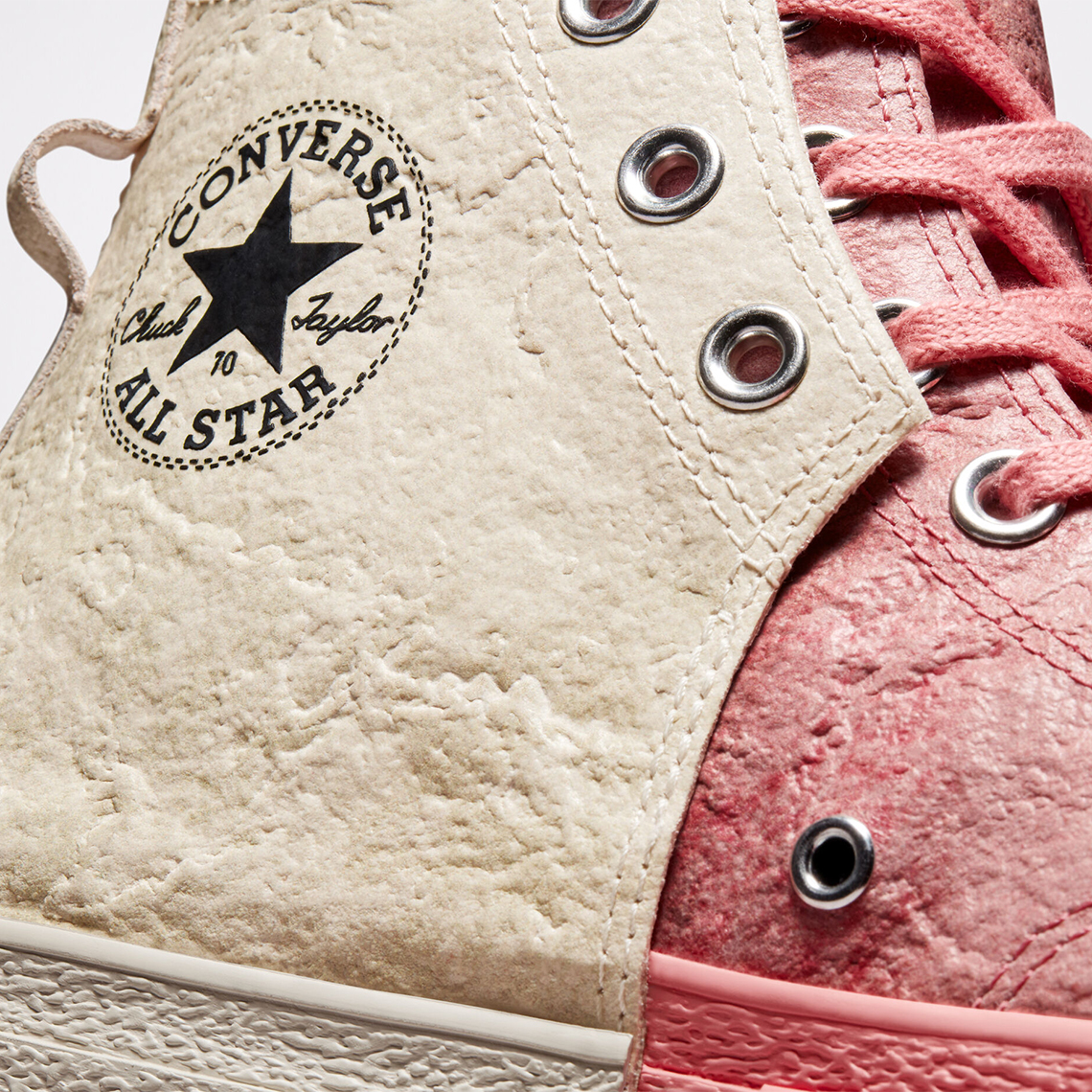 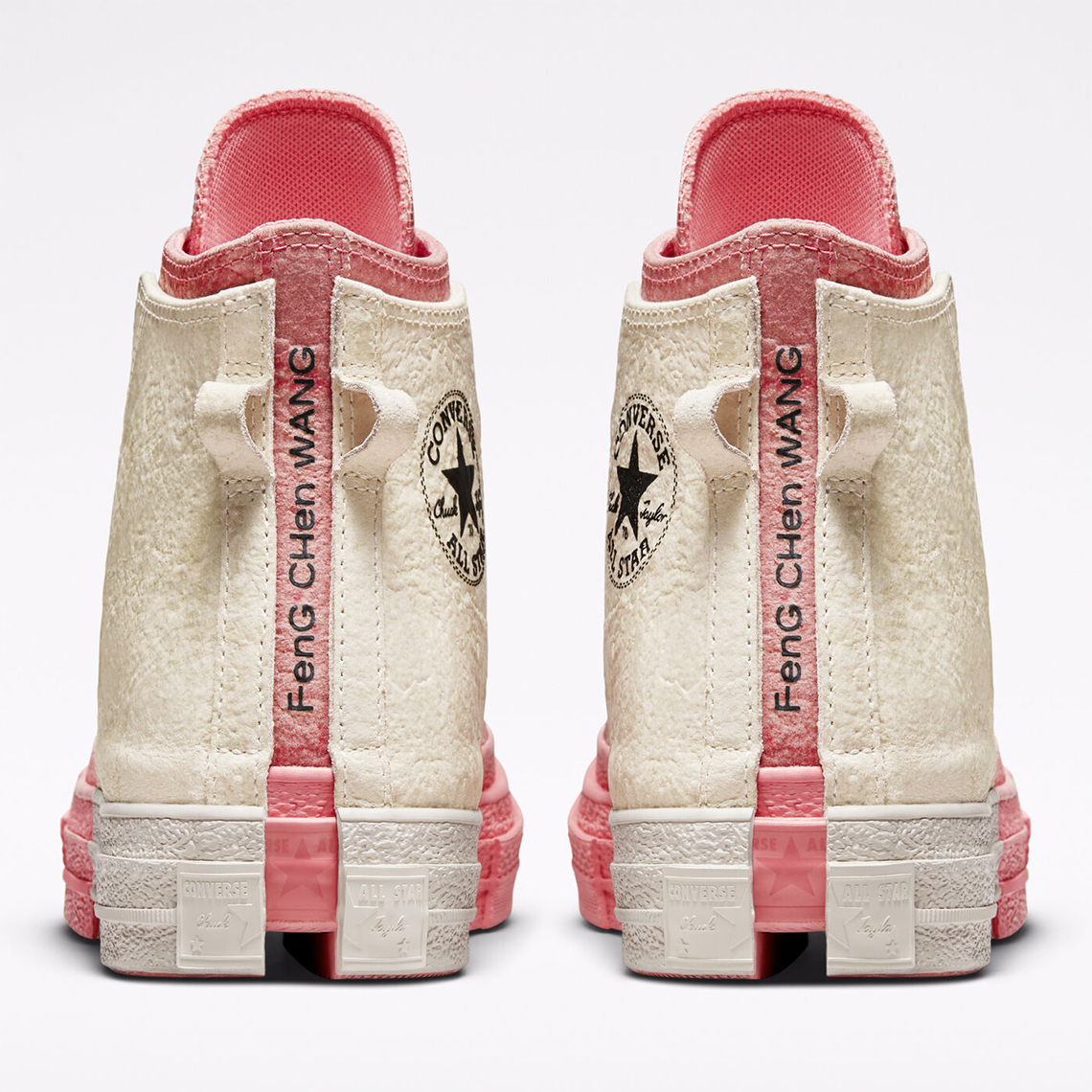 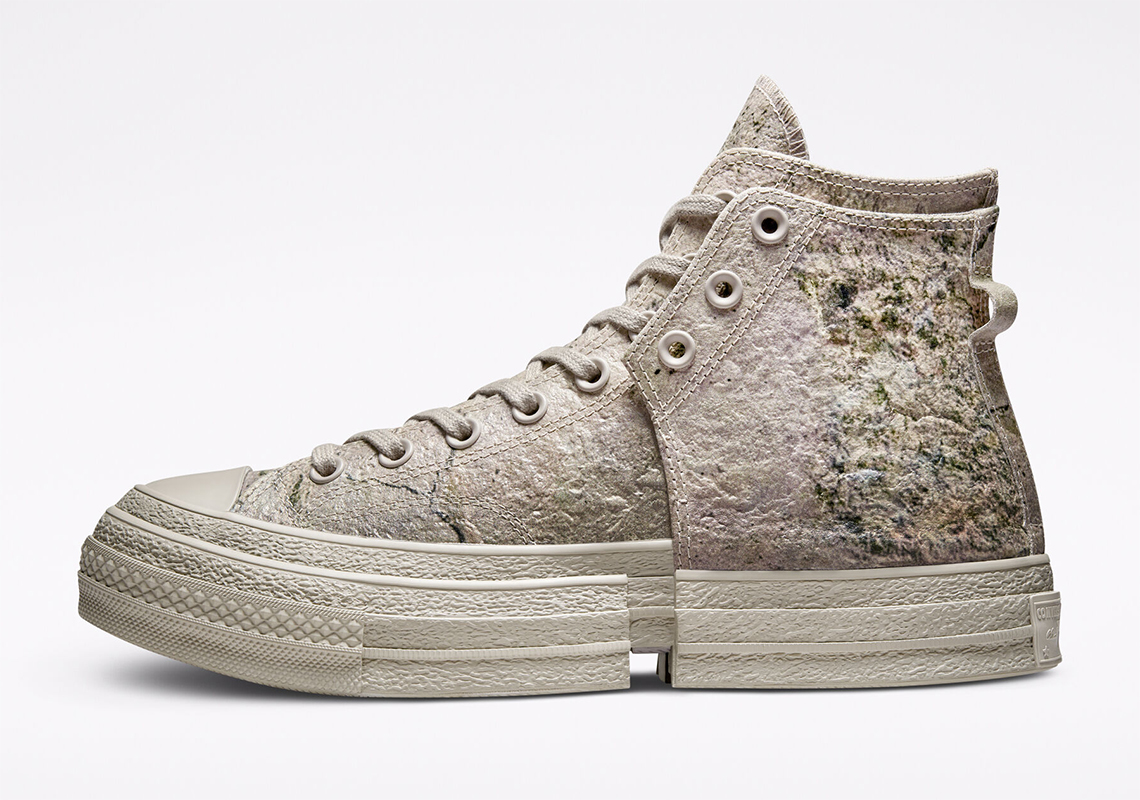 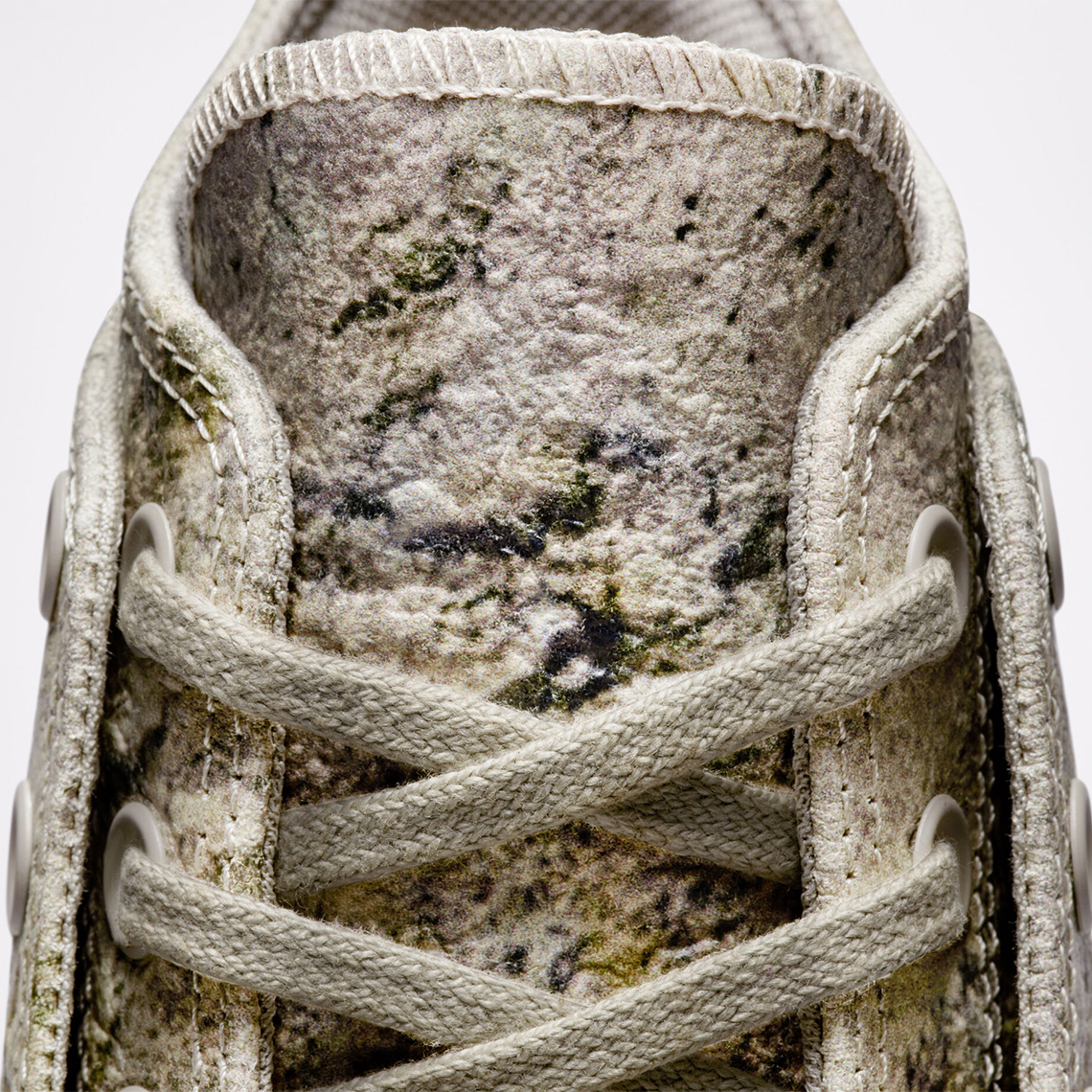 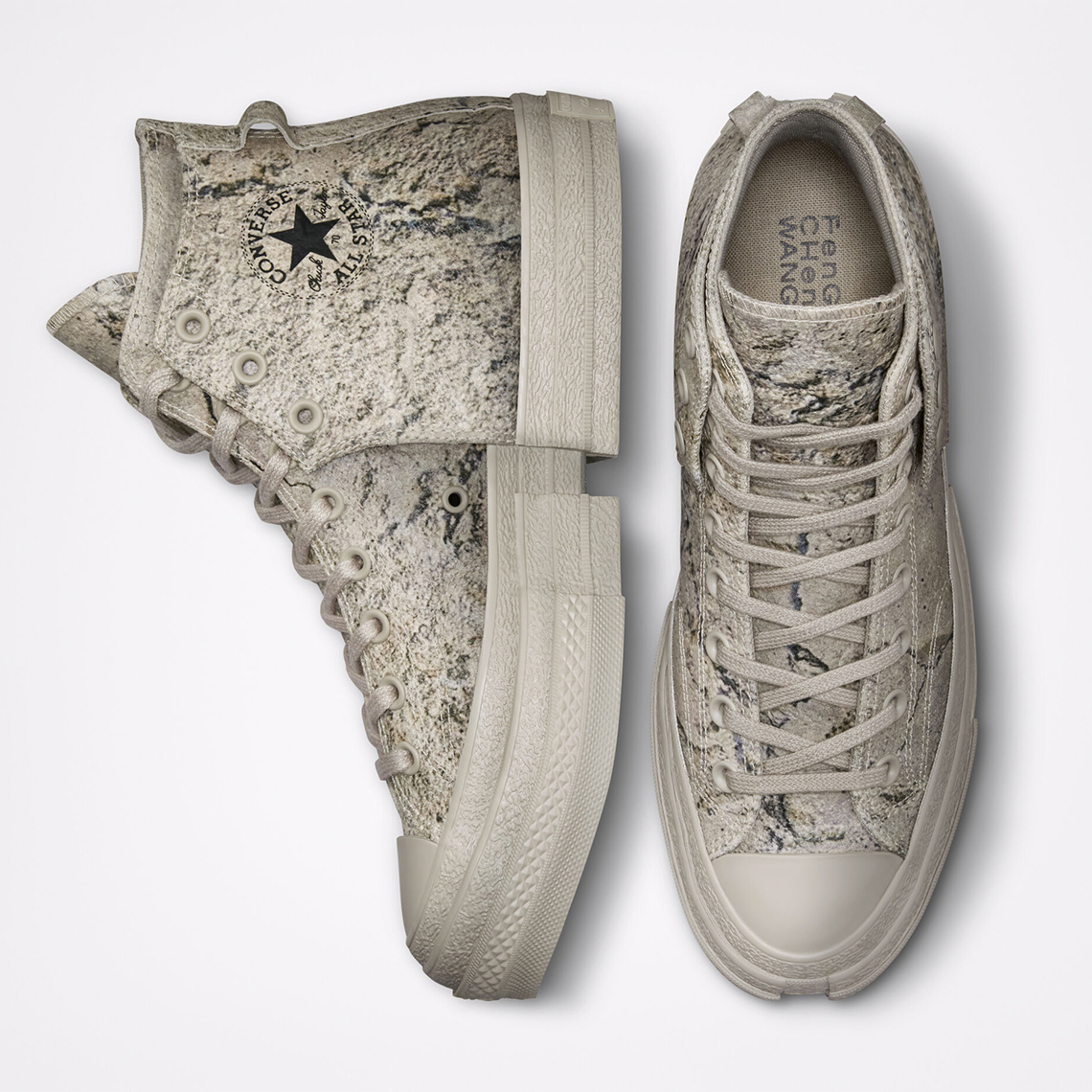 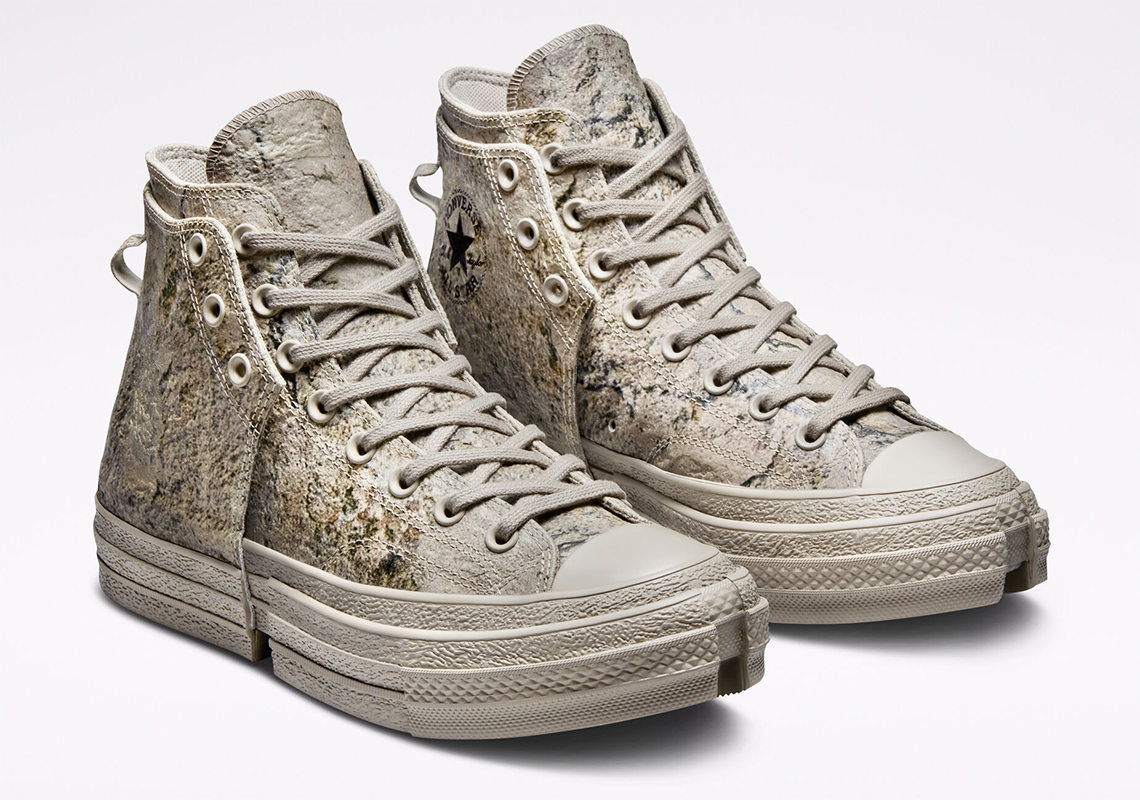 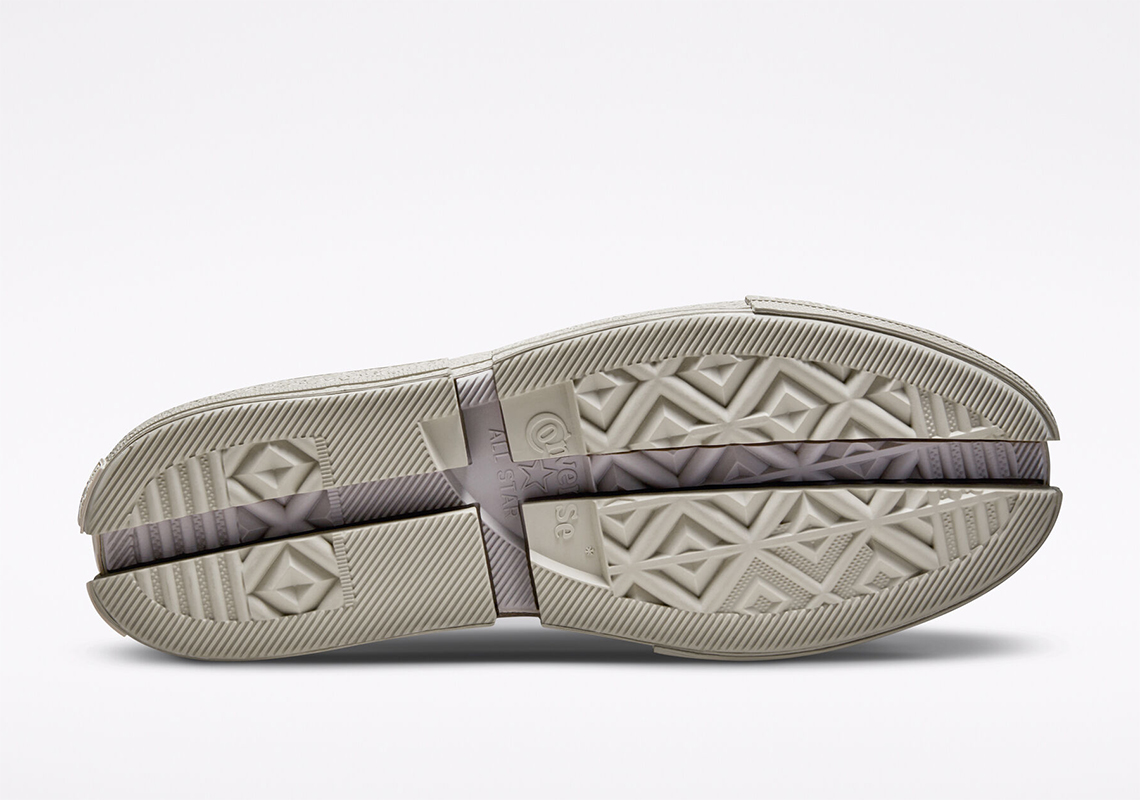 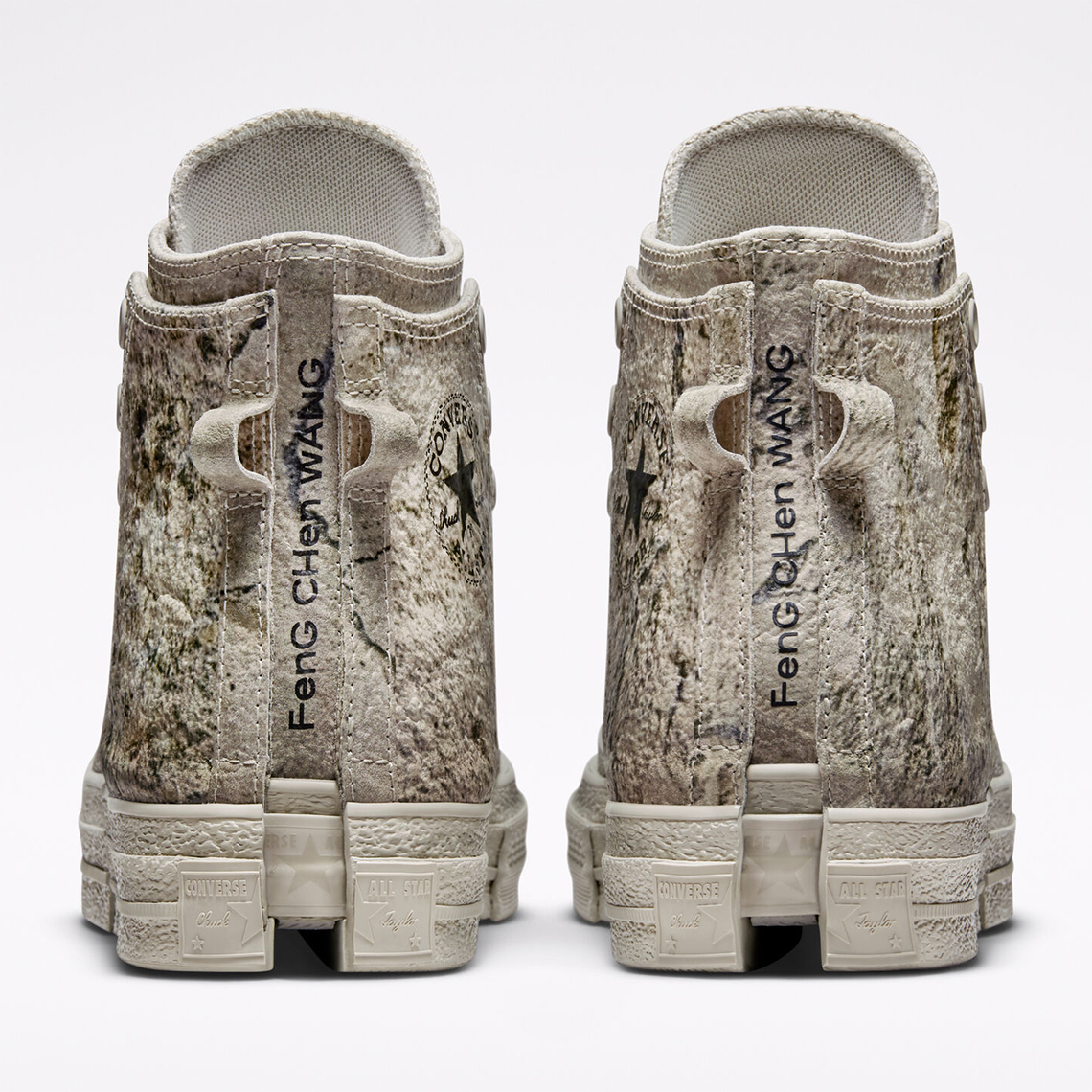