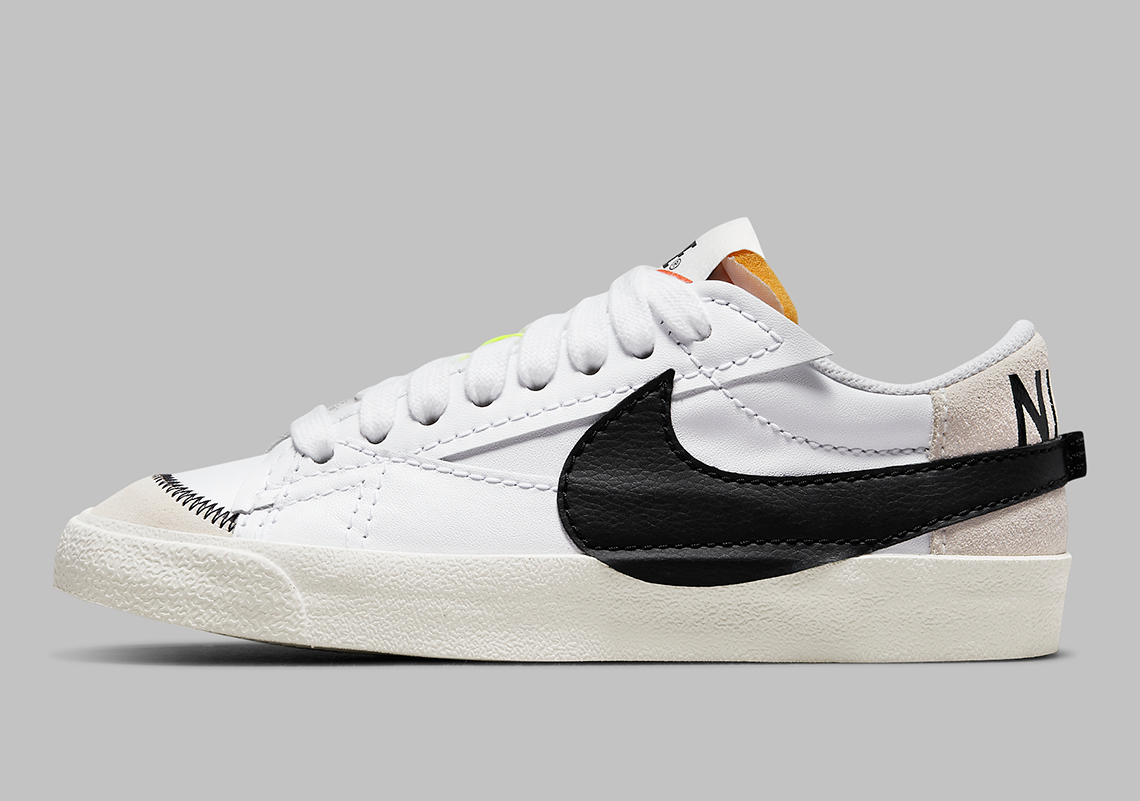 Though Off-White and Nike often come together to meld ideas, the two are equally guilty of borrowing one another’s. The Nike Blazer Low Jumbo is just one of many examples, its modified details an uncanny reflection of Virgil Abloh’s existing concepts.

Here, this colorway — which is comprised primarily of neutrals — makes this much more obvious. The iconic nature of the silhouette itself is put on display, dissected, and then reconstructed with bold modifications. For starters, the blacked out Swoosh is amplified in size, complementing the equally enlarged “NIKE” logo that dresses the heel. Adjacent, the tongue’s own branding follows suit in match of its over-filled foam. And while much more subtle, the construction itself also bears its own tweaks, proffering both paneling and both pronounced as well as contrasted stitching.

Enjoy a closer look via the official images below. A release is sure to hit Nike.com and select retailers very soon.

In other news, have you seen the adidas TERREX Free Hiker? 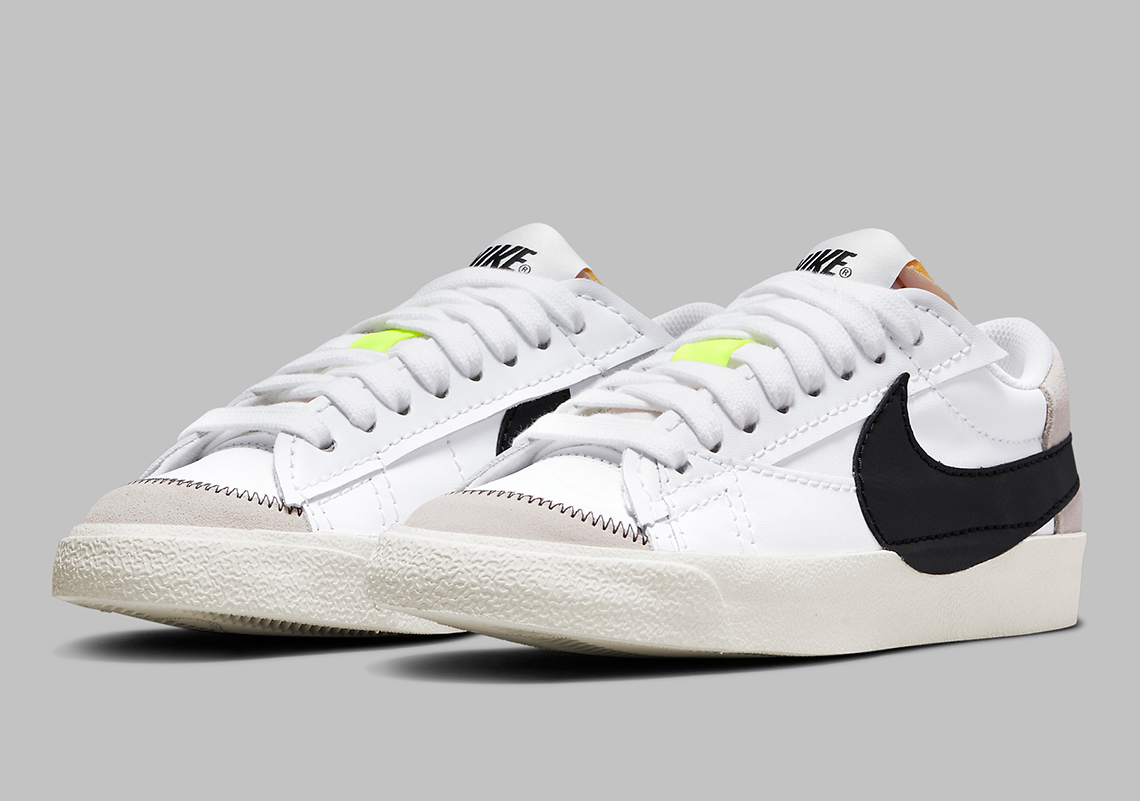 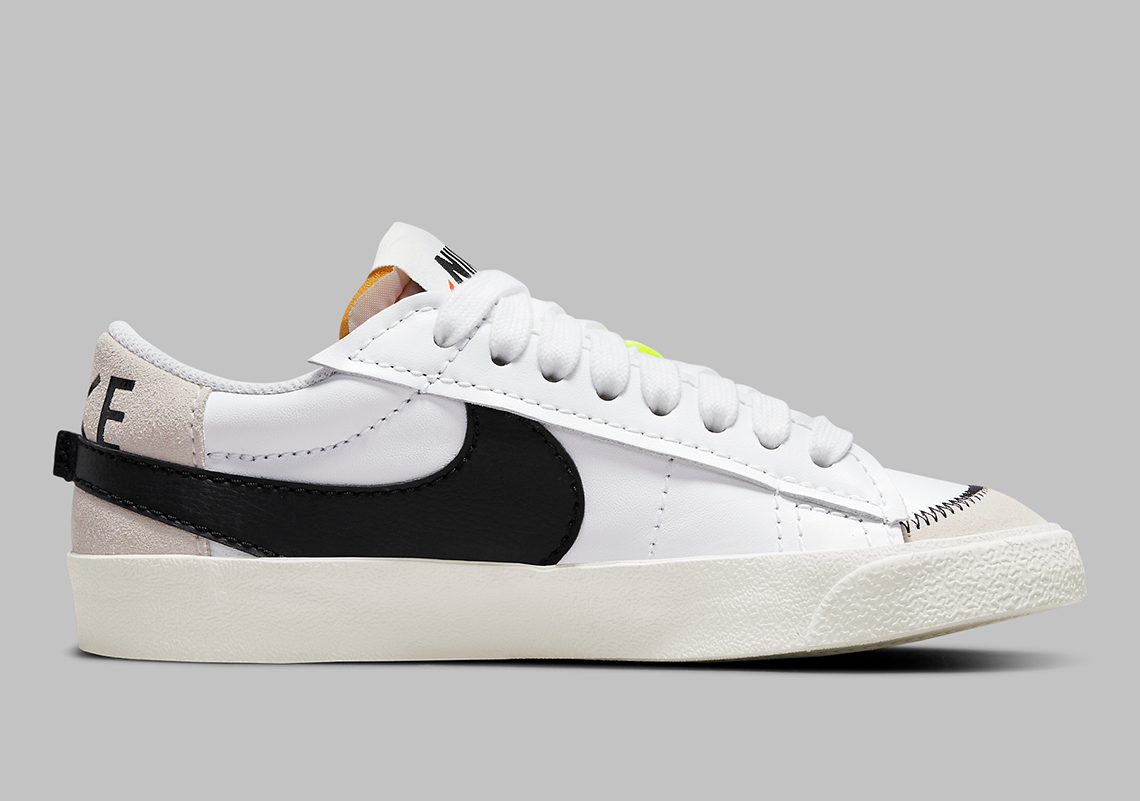 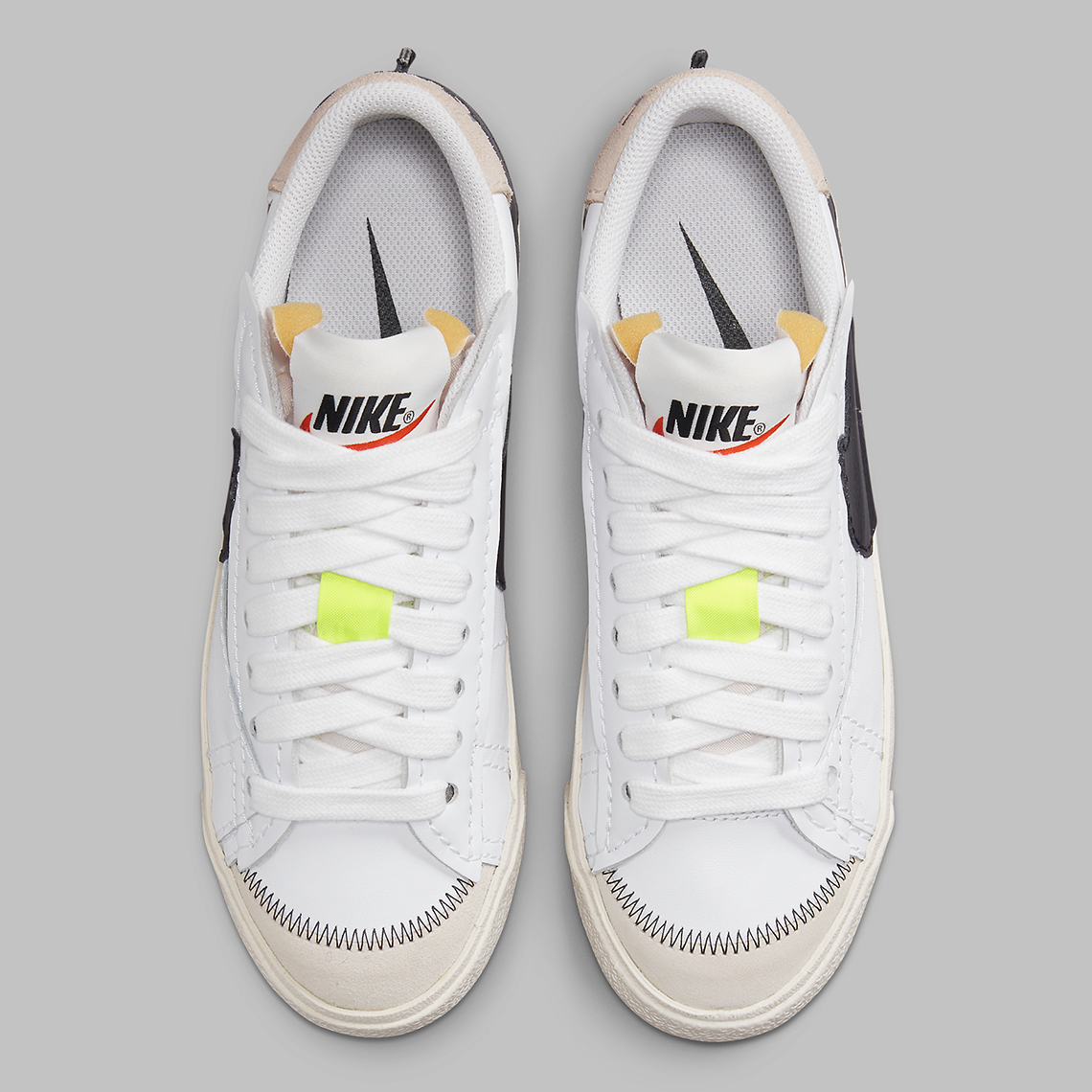 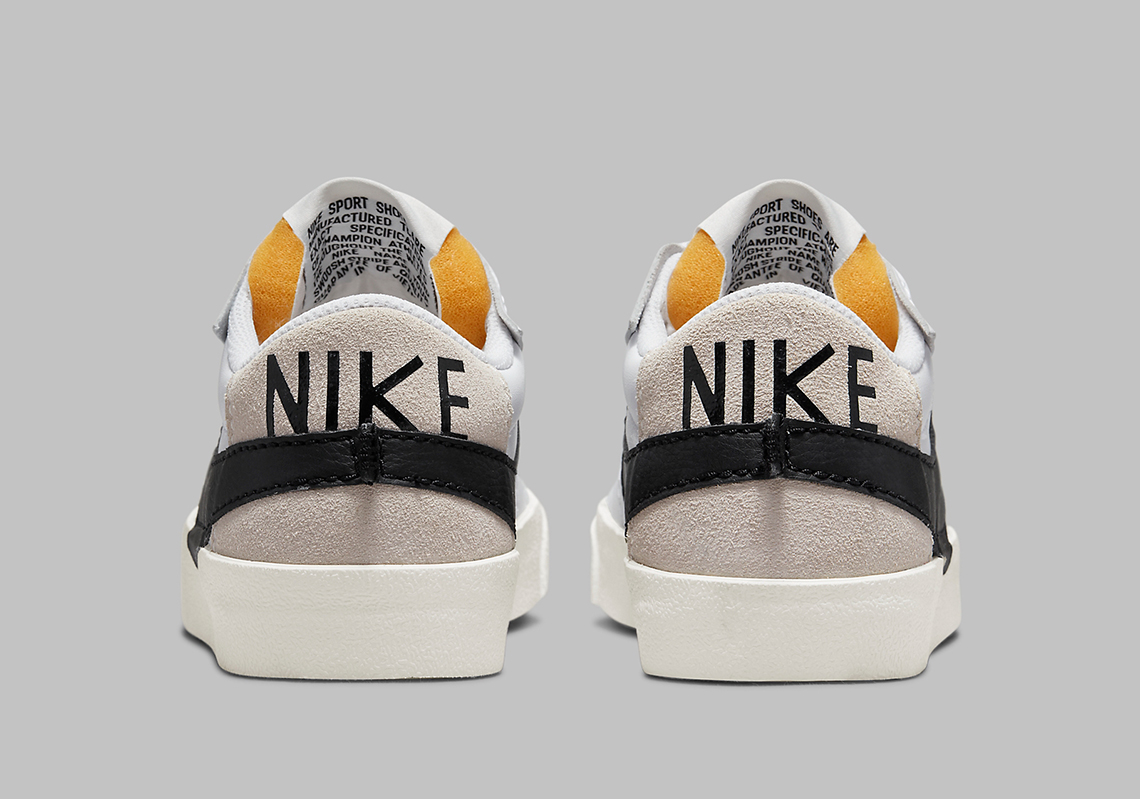 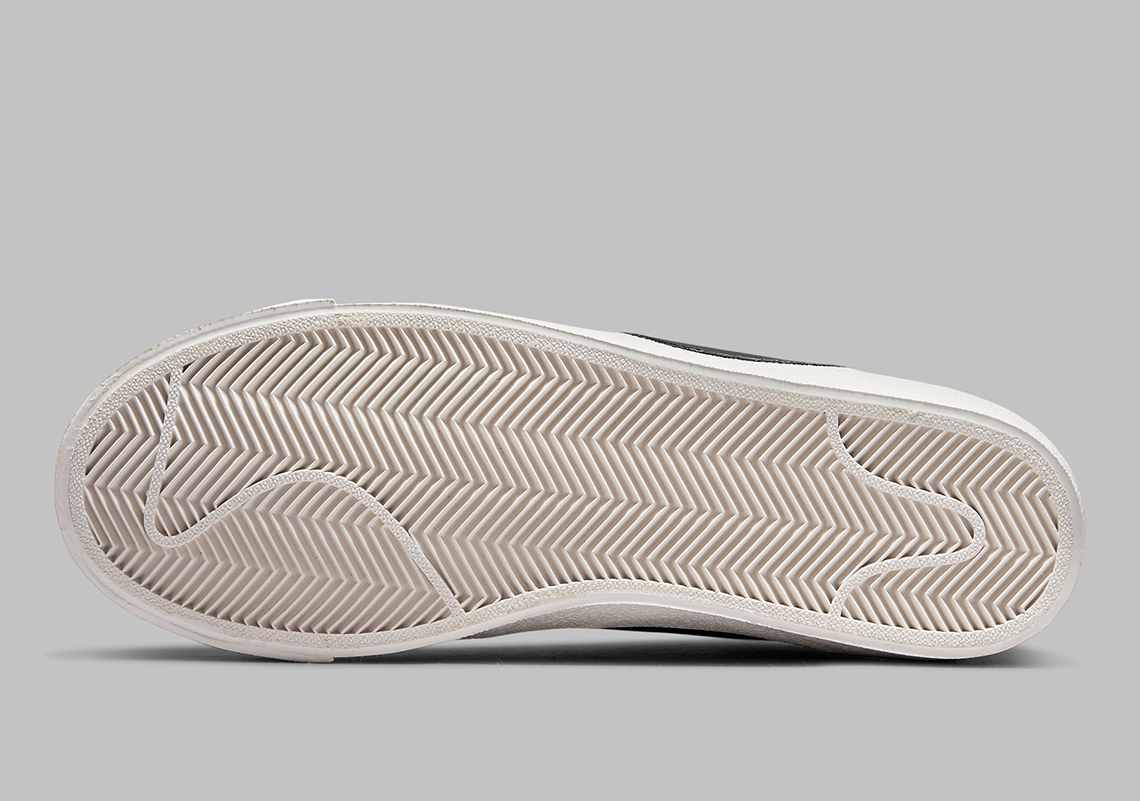 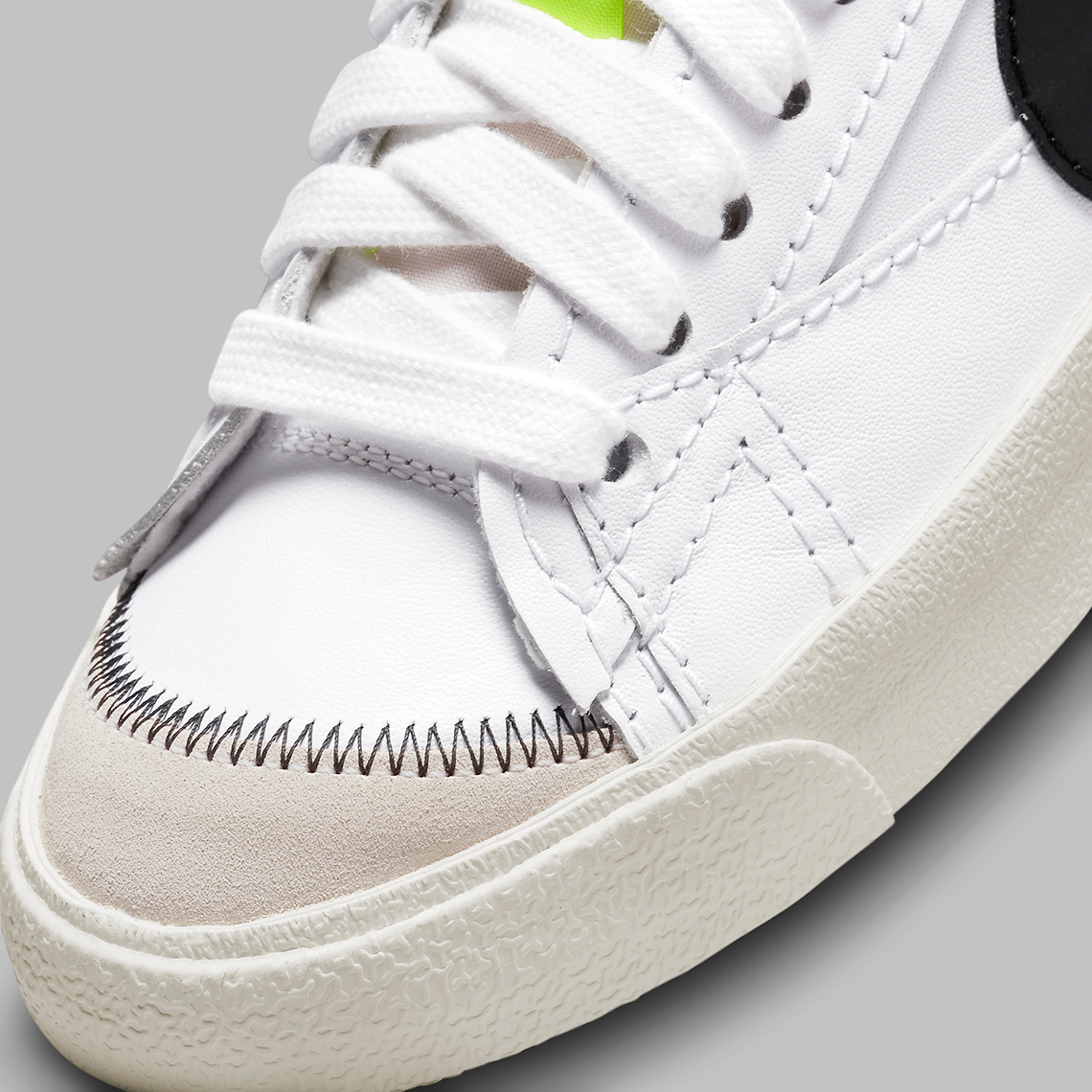 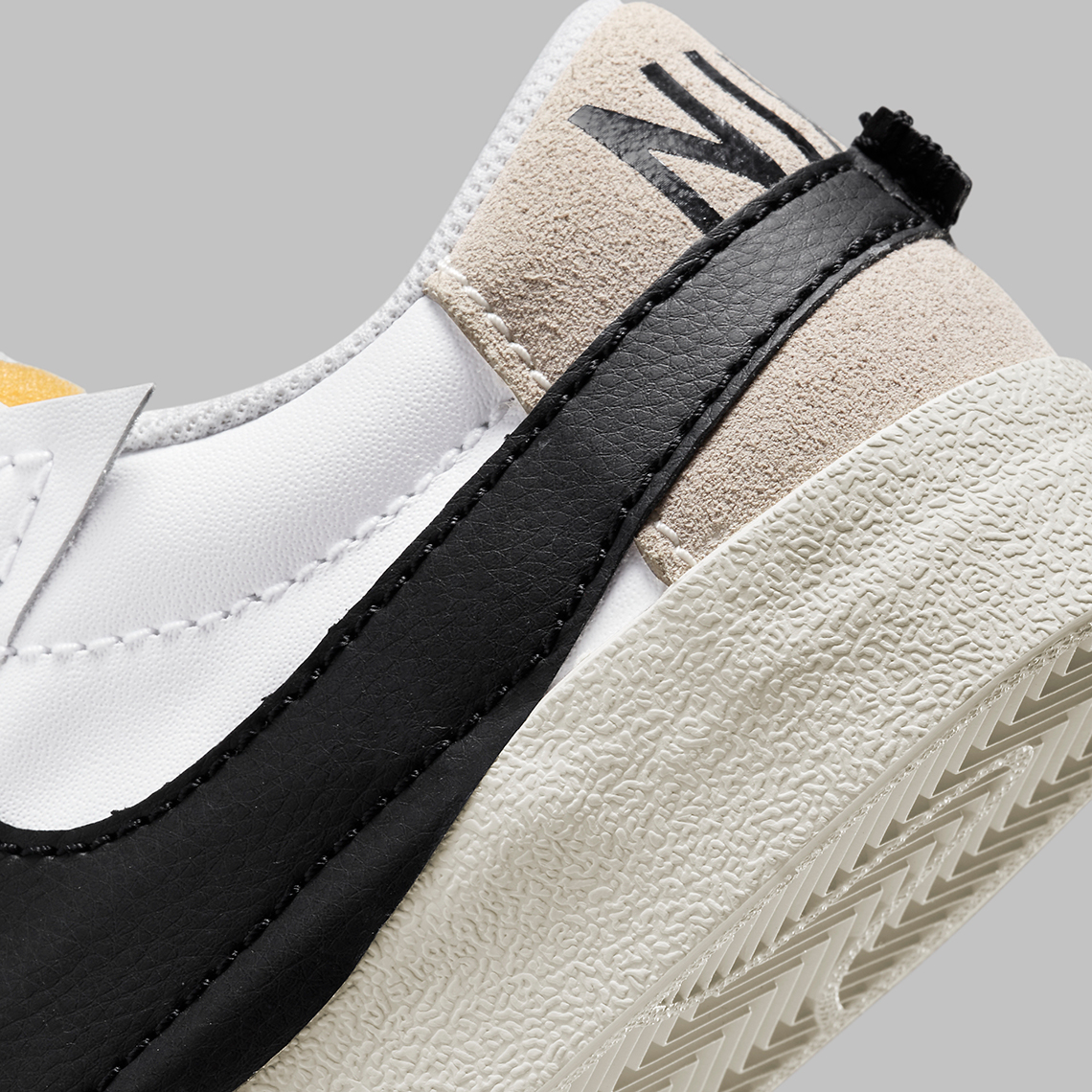