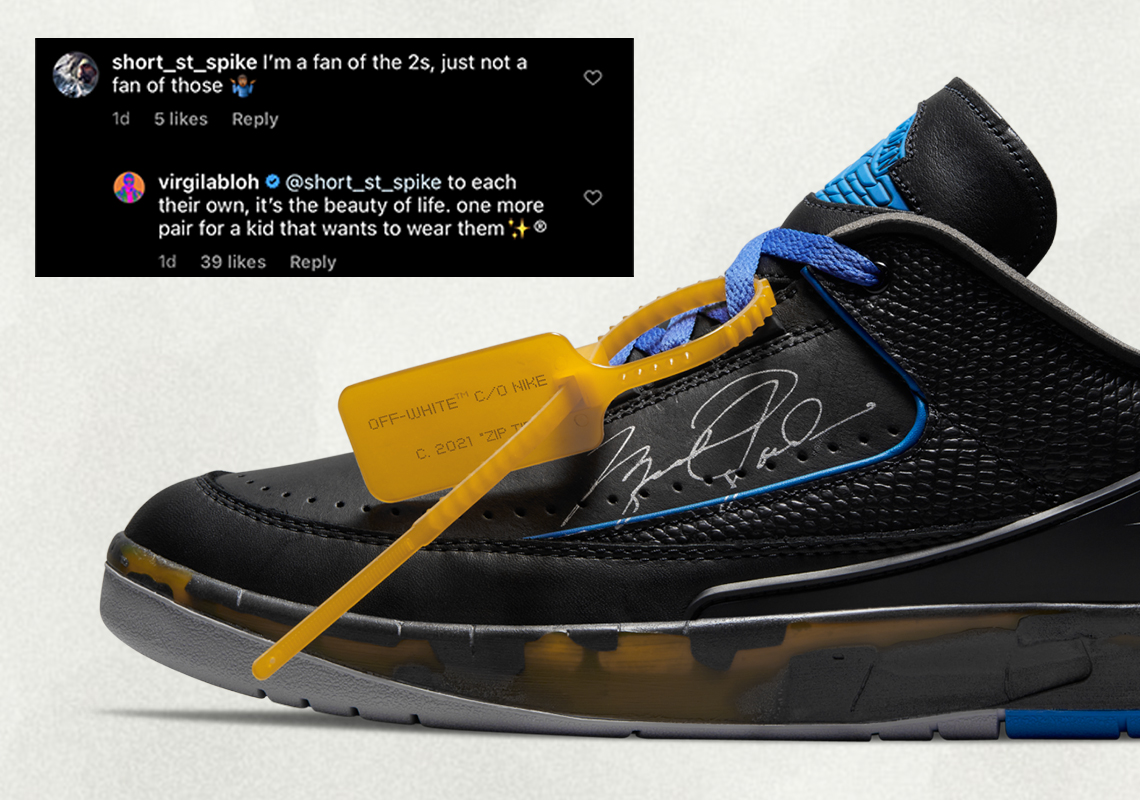 The relationship between a designer and their work is often like that of a parent and child. Virgil Abloh, with many of his creations, is no exception to this as is evident throughout past interviews and social media. And just yesterday, the public saw first-hand evidence of Abloh’s dedication as he took to @scollard23‘s IG to respond to both comments and criticisms on his upcoming Off-White x Air Jordan 2.

And while Abloh spent some time clapping back at the unconstructive — spawning moments of pure comedy — he also shared new details about the collaboration’s design. For example, the difference in signature placement on the two colorways is entirely intentional, meant to mirror how MJ would sign two different shoes in reality. What’s more, the tooling’s distressed, cracked finish is modeled after a game-worn pair, a piece of history that is currently crumbling in the Jordan DNA archives.

Alongside, Abloh talked about the team’s attention to detail regarding the toe box shape, why he chose the AJ2 Low in the first place, and much, much more. For a look at everything he had to say, head over to @scollard23‘s page. 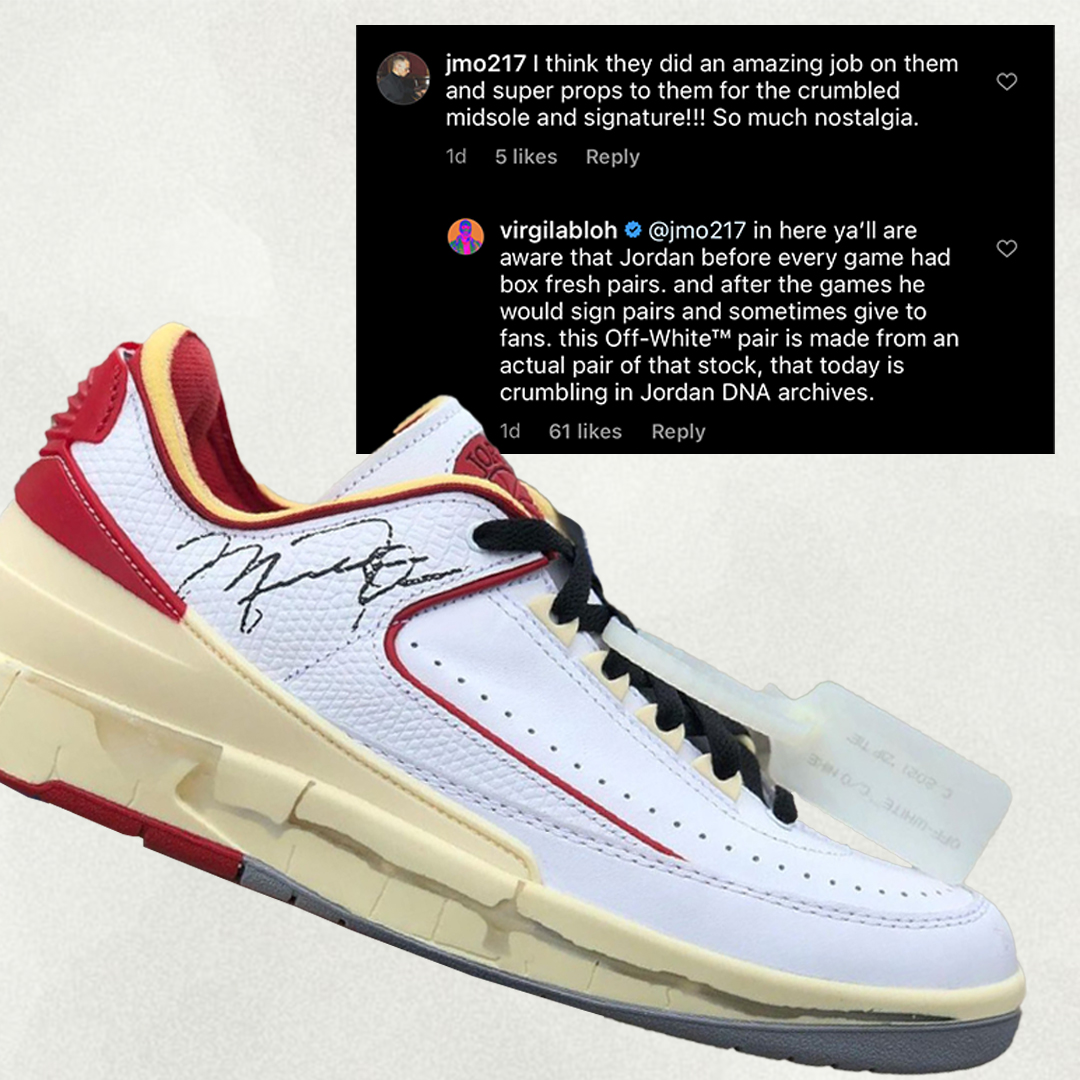 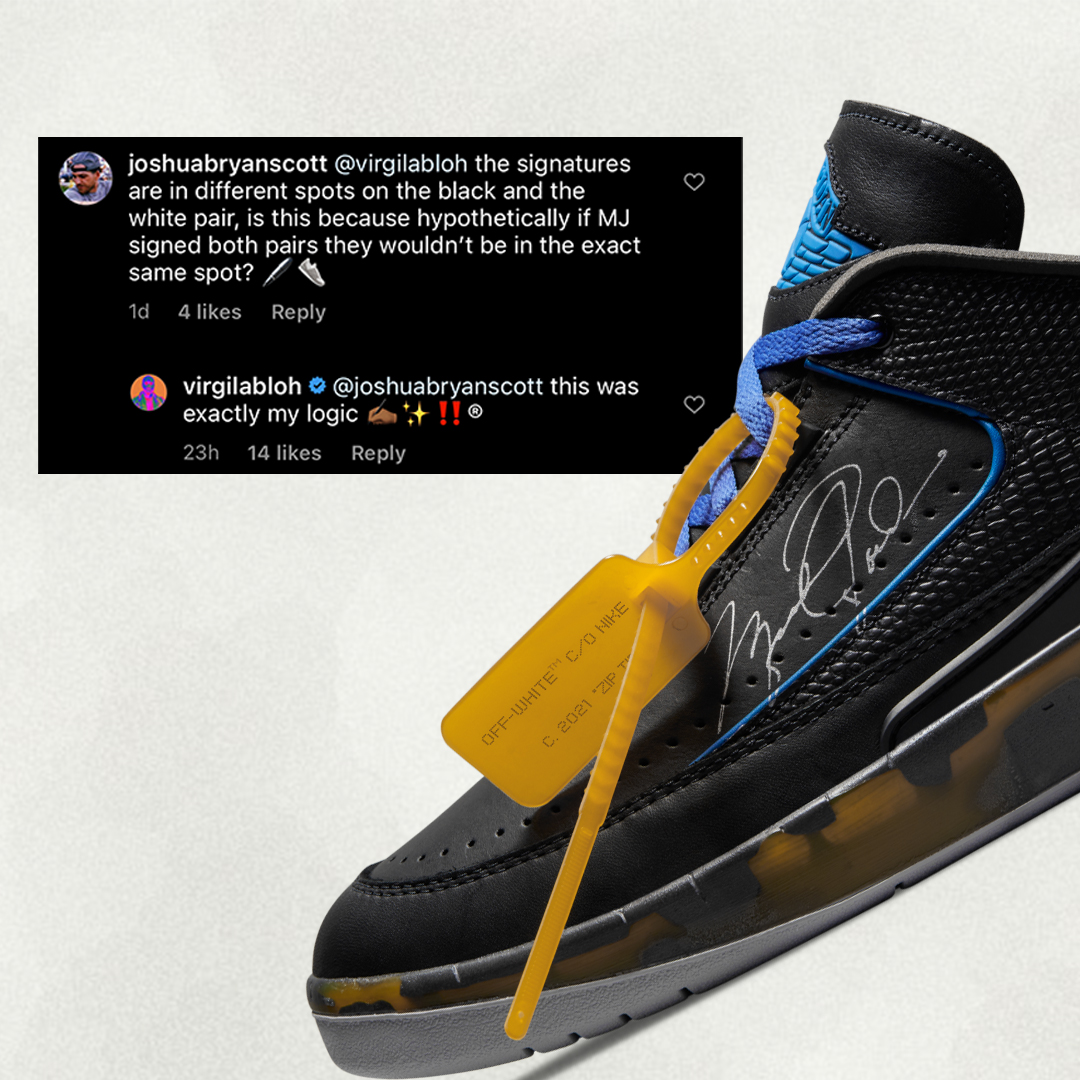 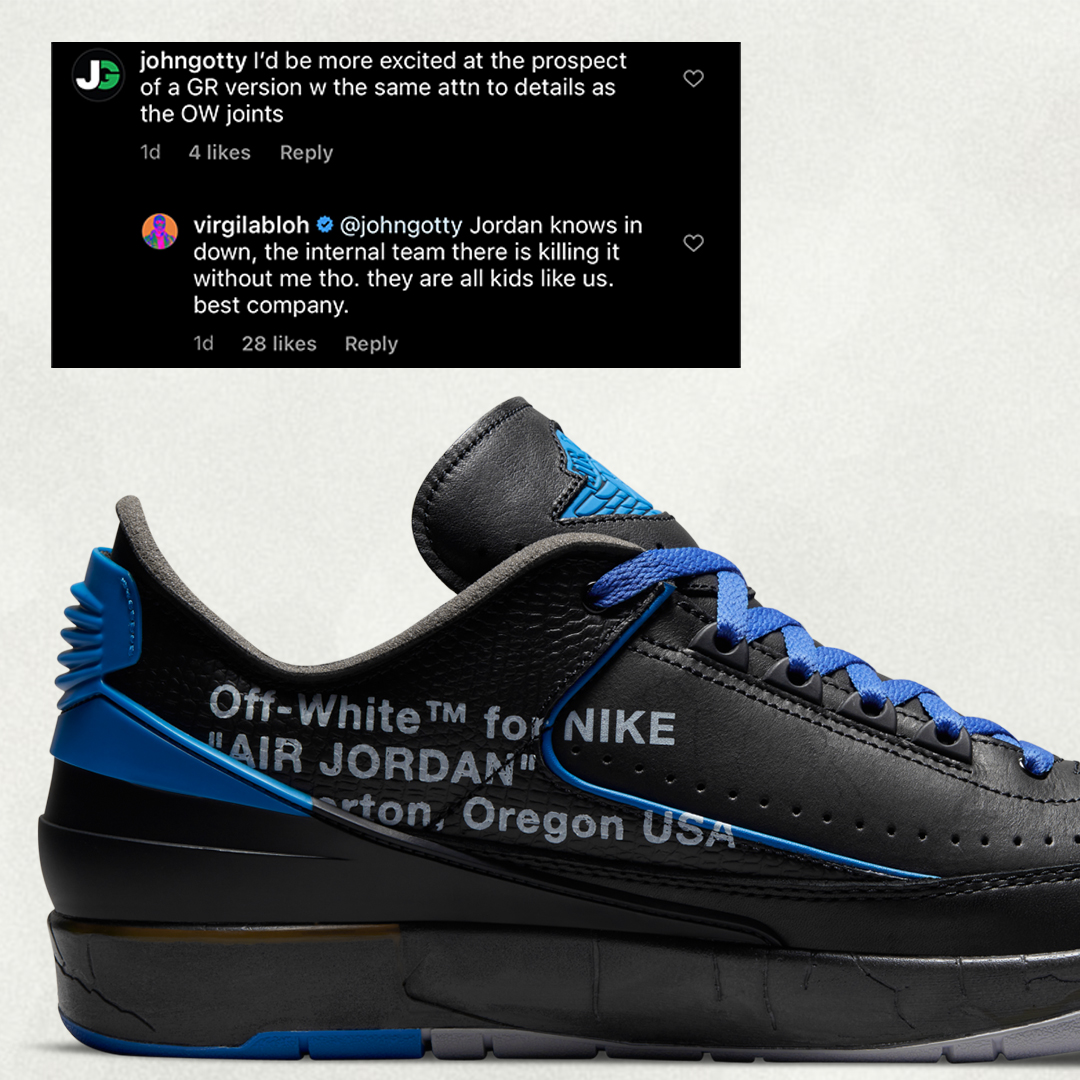 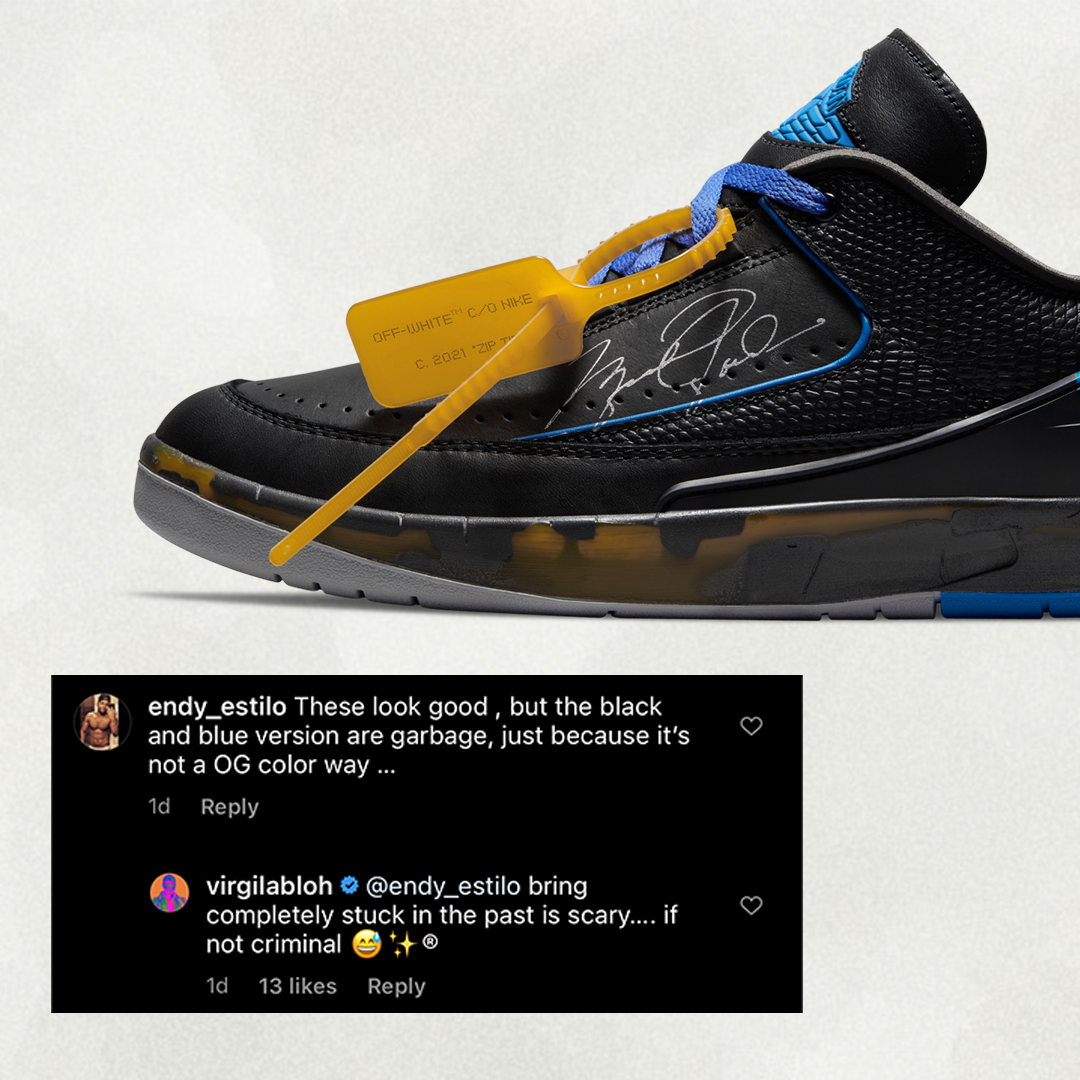