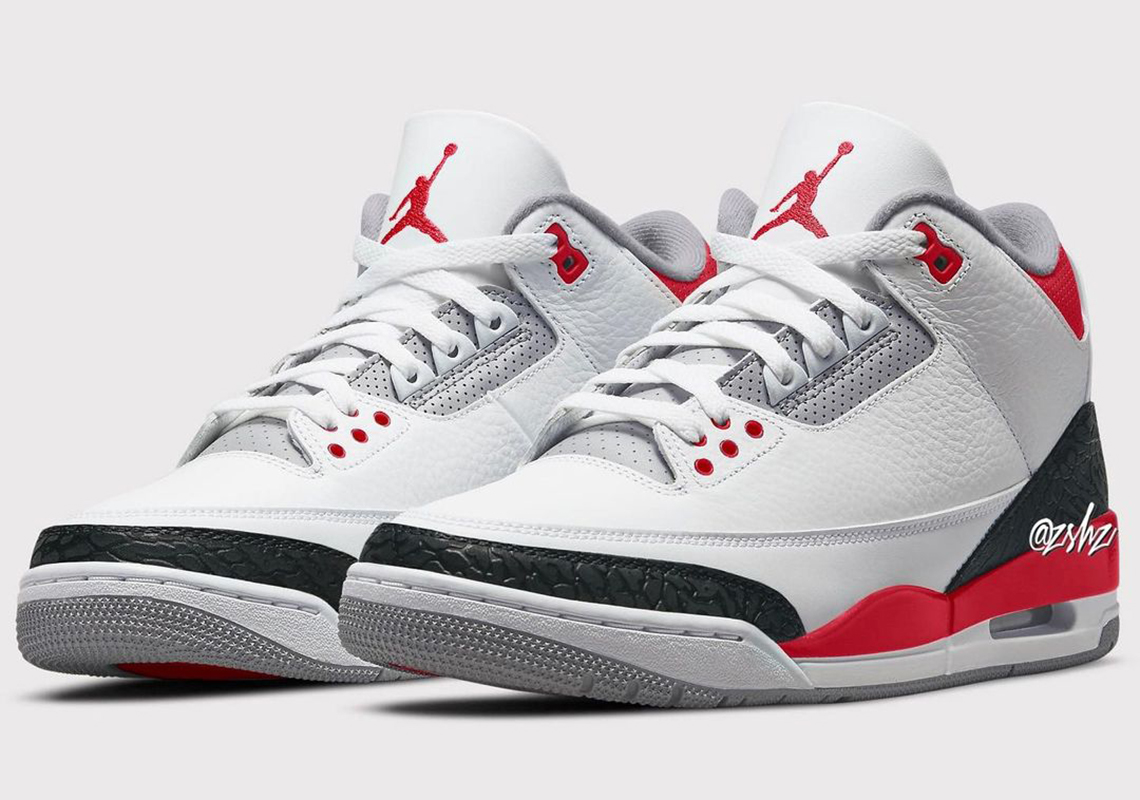 2022 is already off to quite the start, and there’s plenty more to look forward to just months down the road. But among the many, many reveals, the return of the Air Jordan 3 “Fire Red” is undoubtedly the most exciting. And considering the shoe is to arrive featuring “Nike Air” along the heel, it’s likely the Retro will garner the attention of as many old fans as it has new ones.

Compared to its last appearance in 2013, this pair thankfully forgoes the Jumpman logo at the rear. As previously stated, “Nike Air” is what takes the throne, giving this upcoming iteration a quality more like that of the original from 1988. Elsewhere, the colorway itself should be equally familiar, with white leathers making up the majority of the base. The titular “Fire Red,” then, accents the collar, midsole, and eyelets, while grey neutrals and the signature cement print dress the rest of the eye stays and the toe/counter, respectively.

According to newly surfaced information, the Air Jordan 3 “Fire Red” (2022) is currently slated to release on August 6th. Until then, sit tight as we await additional leaks and official images.

Elsewhere at Nike, the brand has given the go-ahead for a Rock-inspired Concepts Air Max 1. 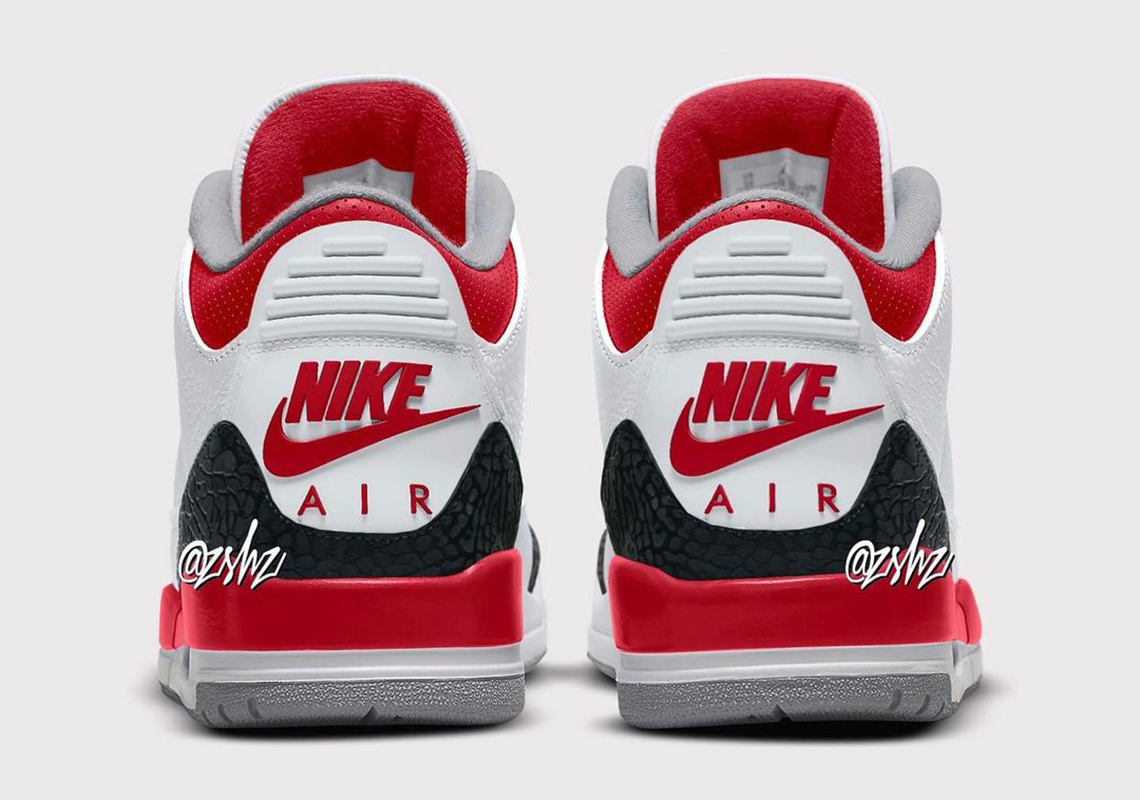