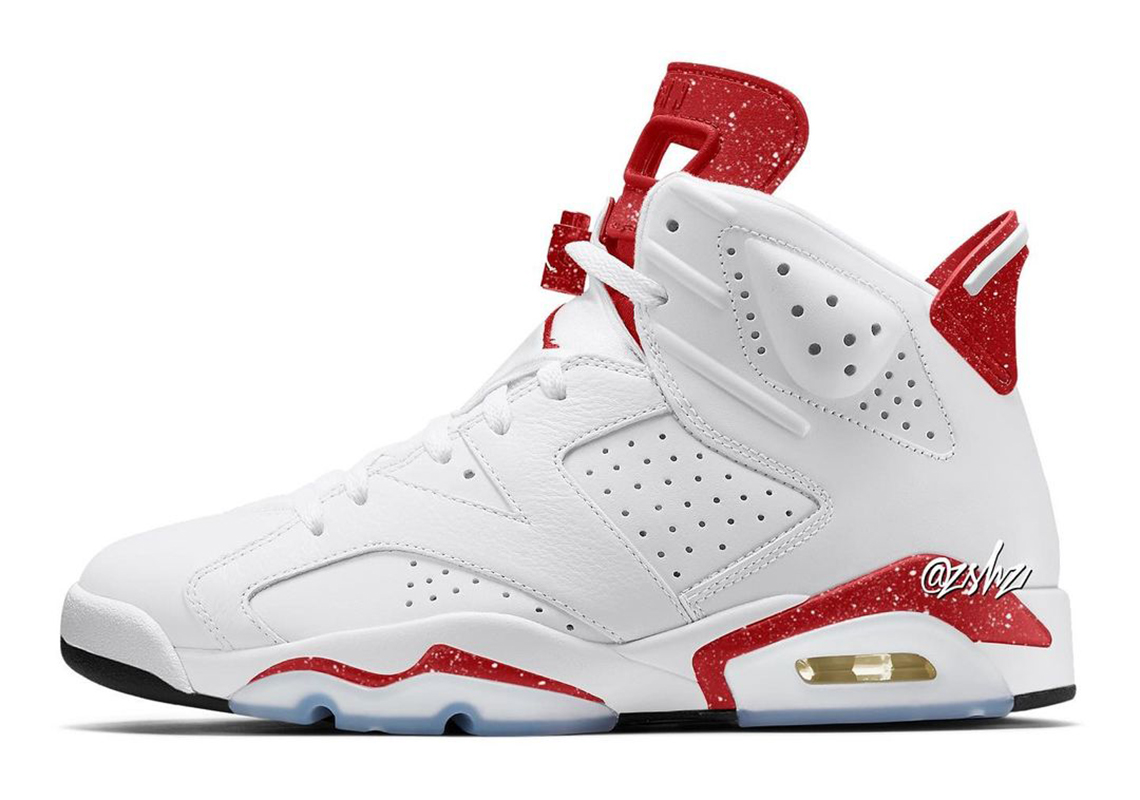 Twists to beloved colorways are nothing new for Jordan Brand. What is, however, is the more frequent use of red, which has taken the helm of reimagined offerings such as the “Red Thunder.” Here, yet another, the Air Jordan 6 “Oreo,” is seeing the same treatment, albeit with additional tweaks to the color blocking.

Nicknamed the “Red Oreo” by leaker @zsneakerheadz, the pair is a rather simple arrangement. “University Red” marks just a few accents — such as the tongue, midsole, and pull tab — all of which arrive speckled à la the titular Oreo. As for the rest of the upper, the construction is kept straightforward, the mock-ups indicating a solid white, partially tumbled look.

Enjoy a look at what to expect right here. Currently, the “Red Oreo” is set to release on later this Summer on June 4th.

In other news, the Air Jordan 7 Citrus is returning later this year as well.