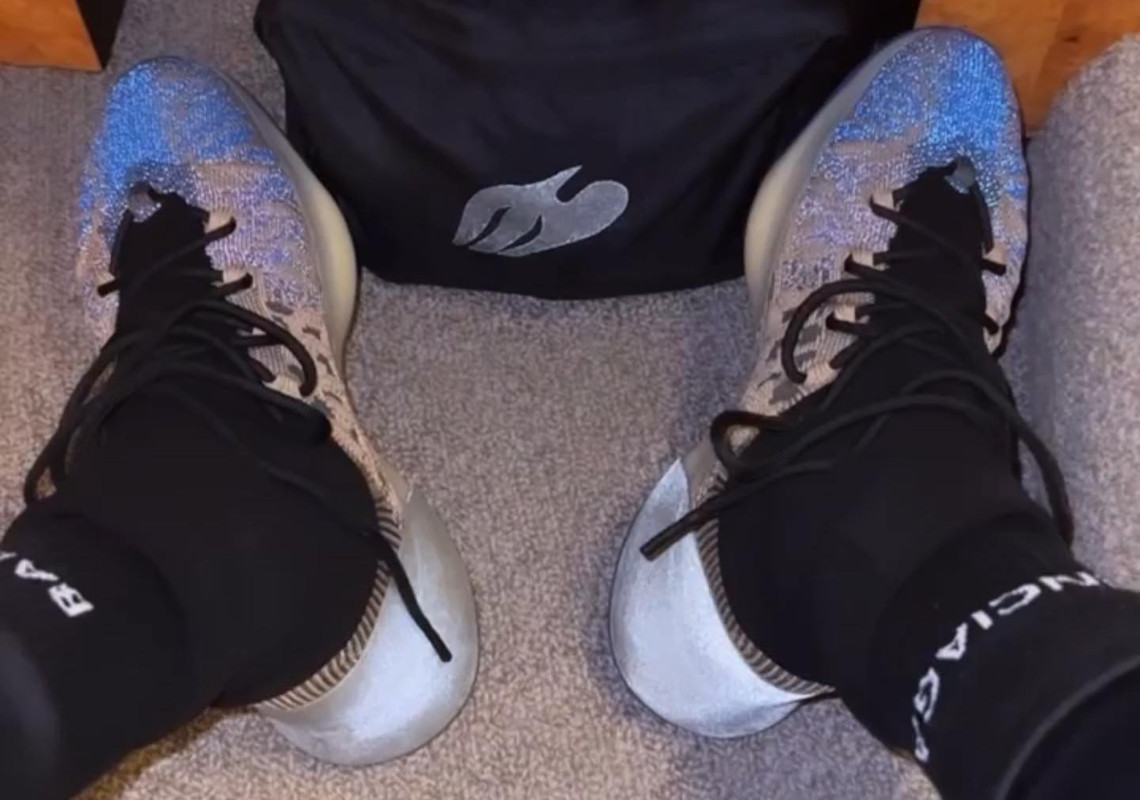 Ye – the being formerly known as “Kanye West” – has had an eventful first 37 days to 2022. And while the 44-year-old has recently given the world a view into his familial struggles, let’s focus our attention on adidas Yeezy (though we acknowledge it’s the last thing the former-“Mr. West” would like to discuss).

On February 6th, self-proclaimed “Motivational Speaker” Justin Laboy took to Instagram stories (@justinlaboy) to show off a previously-unseen pair of the YZY BSKTBL KNIT. Although Laboy didn’t provide the cleanest look of the shoes, #Respectfully, his quick shots revealed enough to conjure up mock-ups of the performance-focused Yeezys. The Primeknit-donning offering dons a colorway reminiscent of the original Quantum’s, but interrupts the grey ensemble with a reflective finish across most of the forefoot that animates the pair with hits of blue and purple. The collar and sole unit maintain their respective sock-like and semi-translucent looks, while the latter boasts the same highly-visible heel detailing that has barred other Yeezy Basketball designs from the NBA.

As Ye continues to support Donda Academy, it’s very likely that some of the country’s top high school hoopers will help him debut more performance-ready options on the court. For now, the Yeezy 500 is the go-to option for most of Donda Academy’s players, while Ye will continue relying on highly-visible antics to get his point across.

The YZY BSKTBL KNT “Reflective” is expected to release on February 18th; in other firm Yeezy release dates, the Yeezy 350 v2 “Dazzling Blue” is scheduled to drop on February 26th. 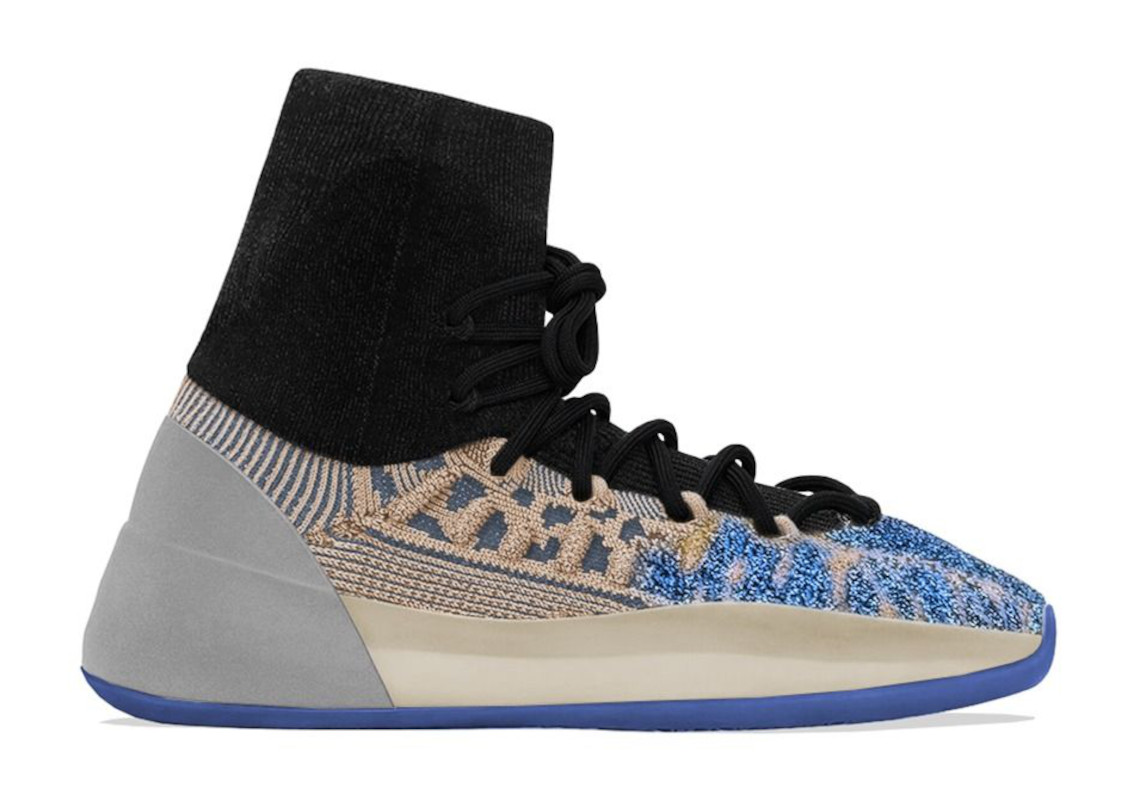 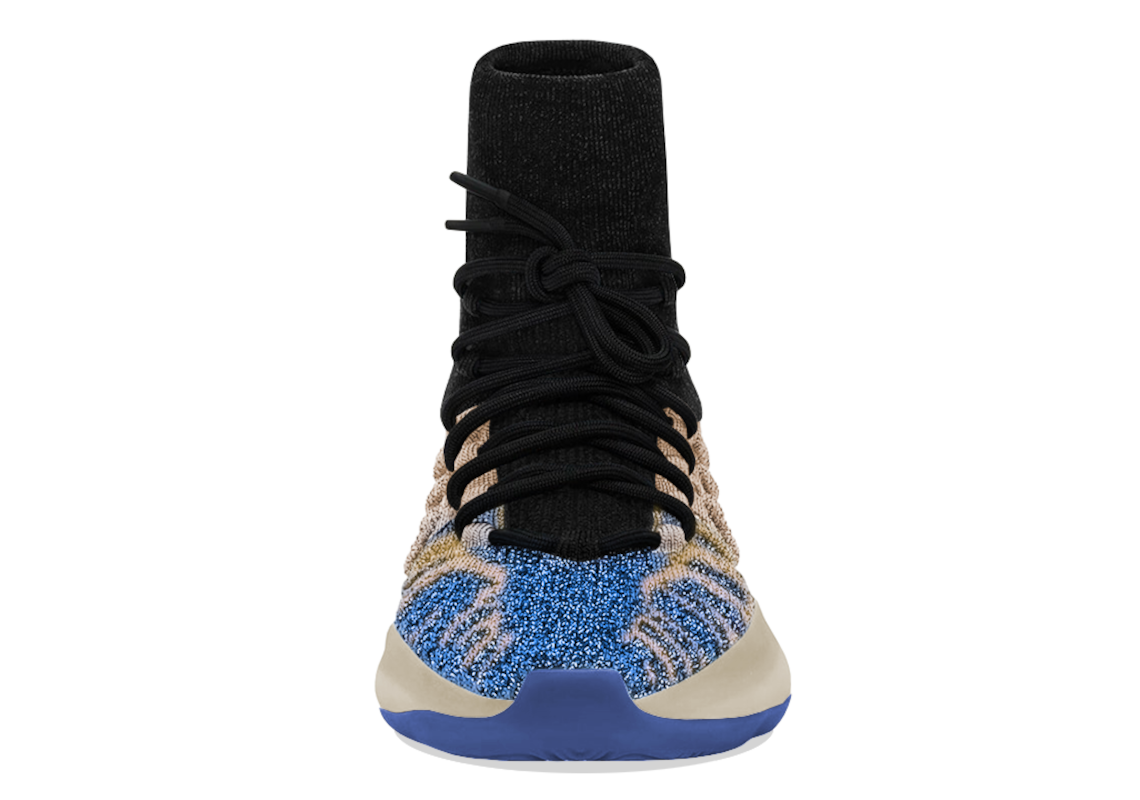 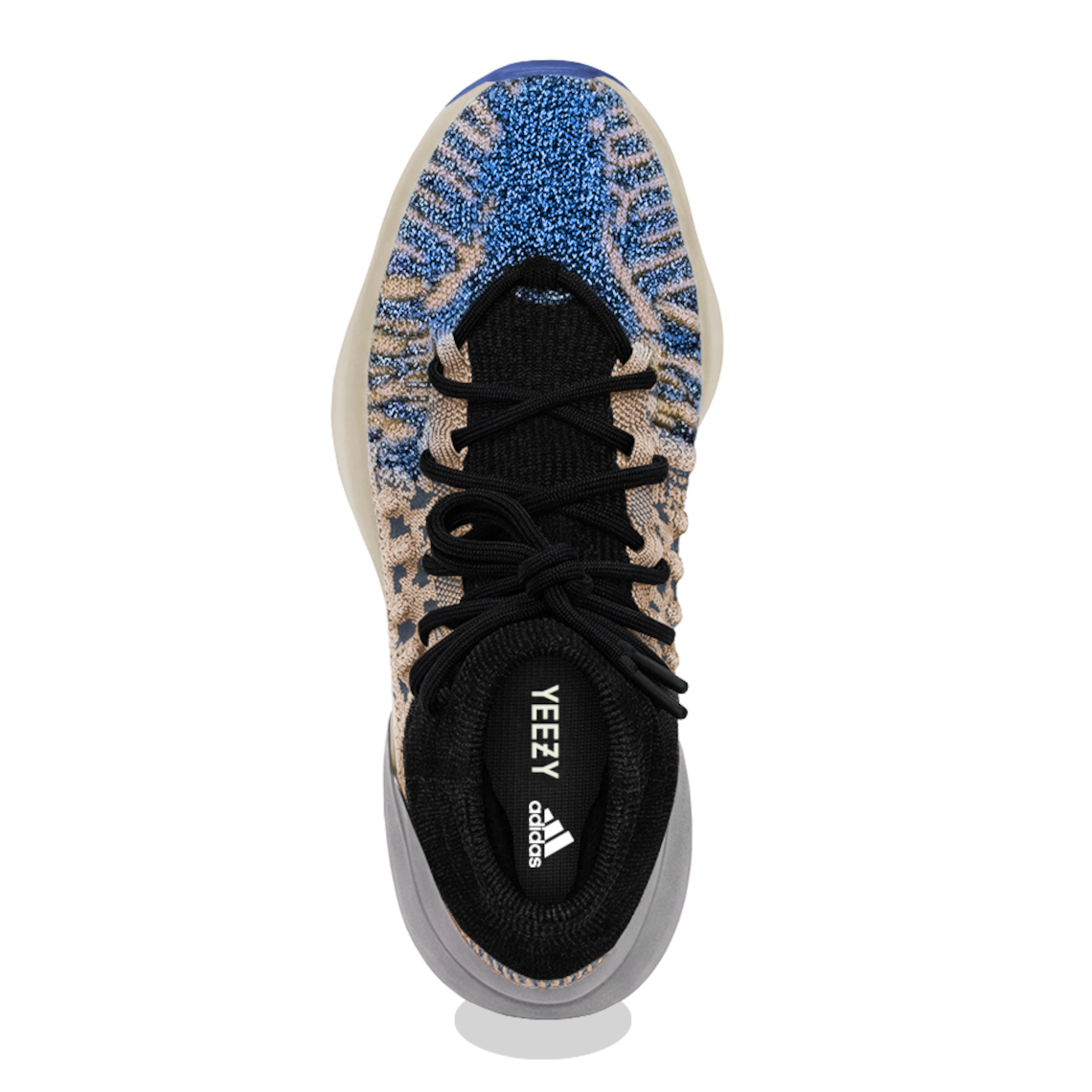 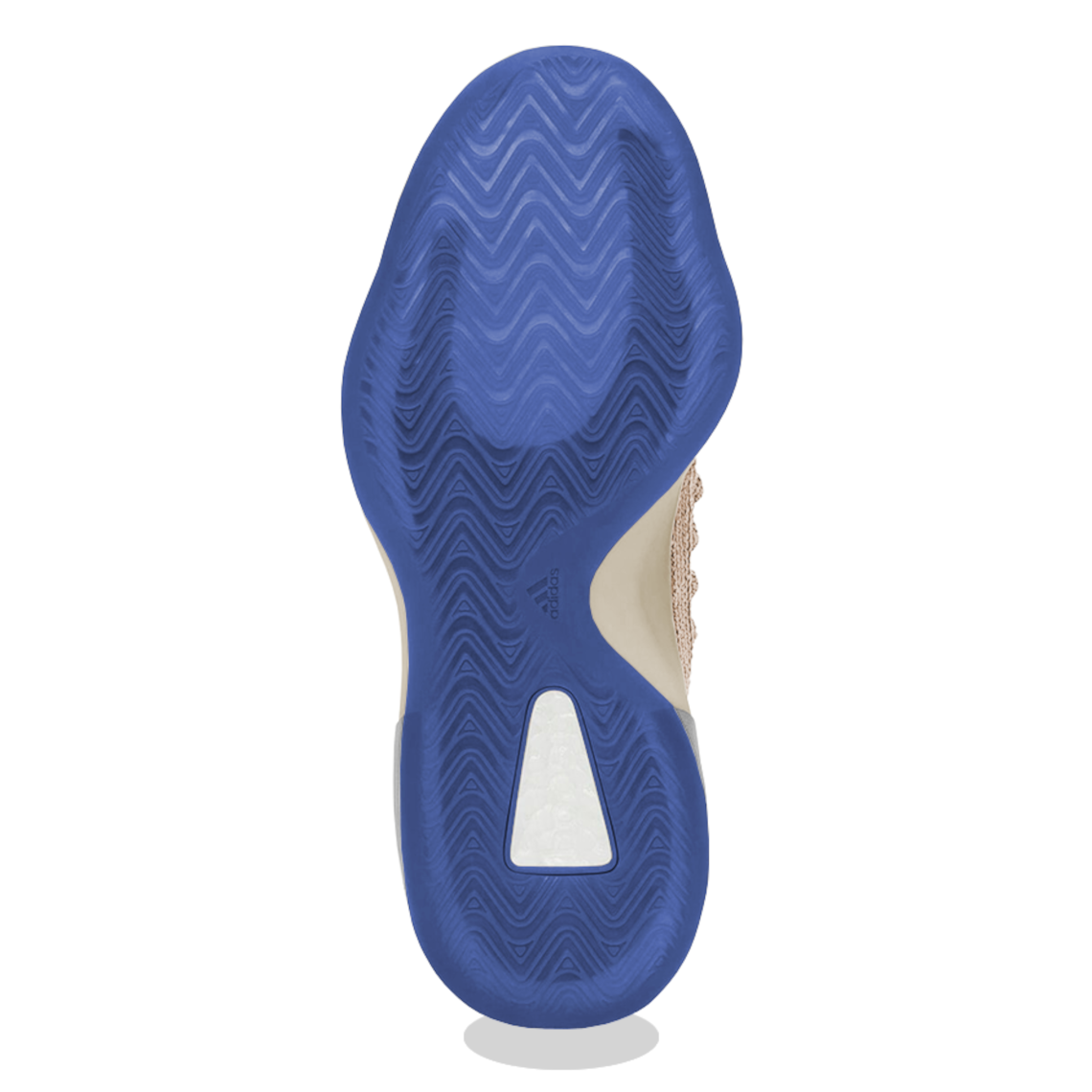 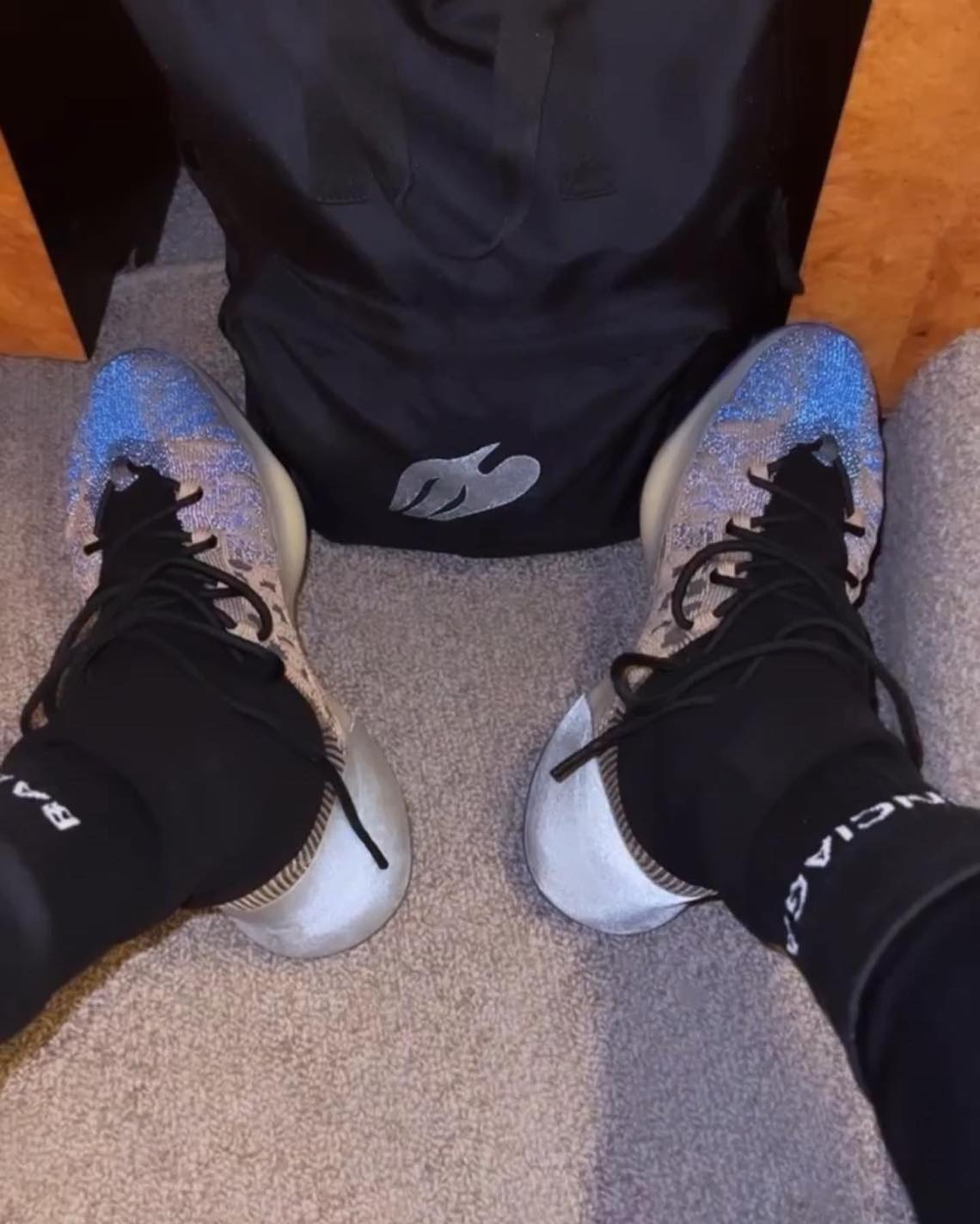