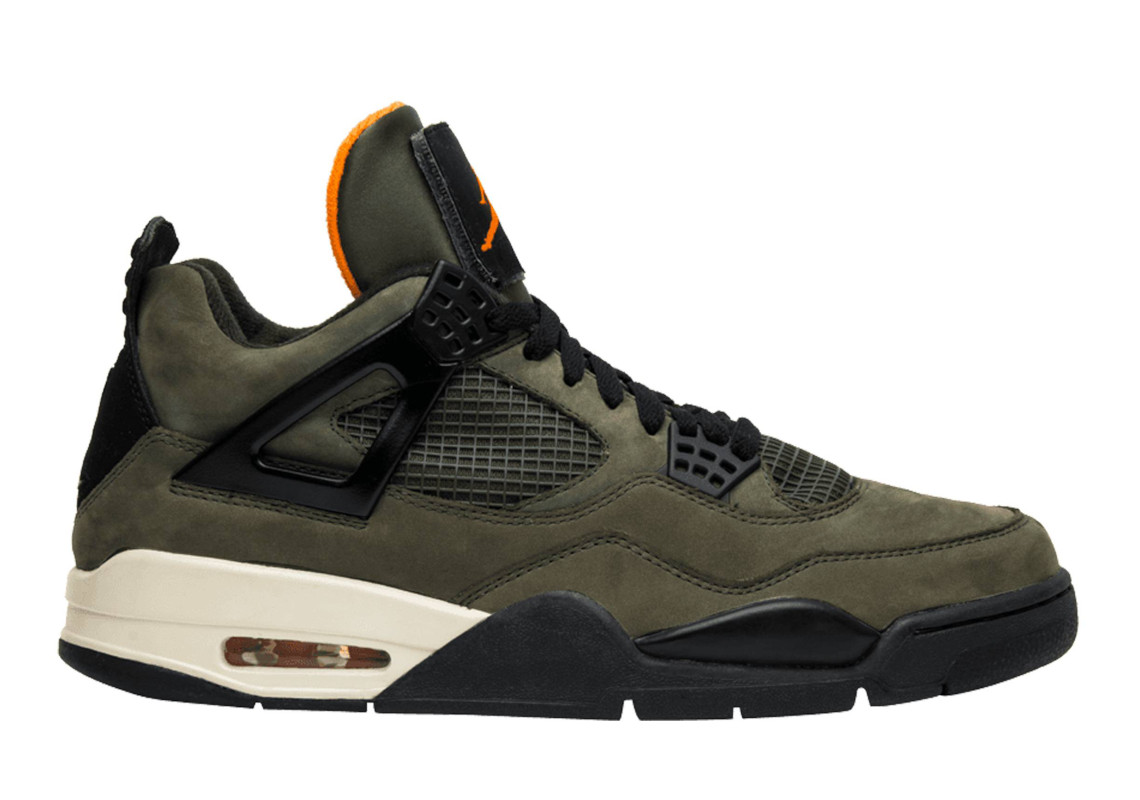 UPDATE: According to @zsneakerheadz, the Undefeated x Air Jordan 4 is not releasing. Instead, a similar “Olive Canvas” colorway is expected in Fall 2022.

A lot has changed since 2005: Steve Jobs and Apple launched the first iPhone; Kanye West changed the course of hip-hop, his name to “Ye” and adidas‘ cachet with Yeezy; and COVID-19 altered life in irreversible ways. Of course, the list of events from over the last 17 years includes countless more difficult-to-predict items, with one sneaker-related affair arguably landing outside even the most imaginative set of predictions: a release of Undefeated‘s Air Jordan 4 “Olive” from 2005.

You see, the reimagined fourth signature sneaker from Michael Jordan’s successful line never actually sold at retail. Instead, the Los Angeles-based boutique’s founders James Bond and Eddie Cruz auctioned and raffled off the 72 pairs of the Air Jordan model, having served as the first time the Brand Jordan collaborated with a third-party on one of its mainline products. Subsequent projects with UNDFTD have garnered NIKE, Inc. notable praise over the years, but it hasn’t amounted to the widespread, near-unanimous admiration of Bond and Cruz’s “Olive”-colored, MA-1 flight jacket-inspired collaboration.

In 2018, an unauthorized sample of Undefeated’s Jordan 4 surfaced via credible third-party sources, which got droves of sneaker enthusiasts excited for the potential of a proper launch for the shoes, but nothing has come to light in the last four years. Rumors of the original retro by the LA-based team have surfaced time and time again since July 23rd, 2005, but their intensity feels different this time around – perhaps because the most visible supporter this time around is Twitter user @MrUnloved1s, an Air Jordan 1-enthusiast (obsessive) that’s gained a solid track record on extremely early reports of the model’s upcoming releases. Therefore, any speculation may be just that, but in the chances that the pair does arrive at retail for the first time, it’s very likely that Bond, Cruz, their team and their extended Jumpman family do something noticeably different to honor one of the most-celebrated Jordans of all-time – perhaps an Exclusive-Access situation à la Off-White “The 50”?

No one from either party involved has commented on the rumor that UNDFTD’s ultra-limited Jordan 4 will finally see a retail release come March – or any time for that matter – via Nike SNKRS or elsewhere, but if that changes, we’ll be sure to keep you posted. In the meantime, enjoy some product shots of the shoes ahead.

For more from under the NIKE, Inc. empire, check out the Air Max 1‘s latest styles, which are also rumored to include several coveted ones from the past as the sneaker celebrates its 35th anniversary.