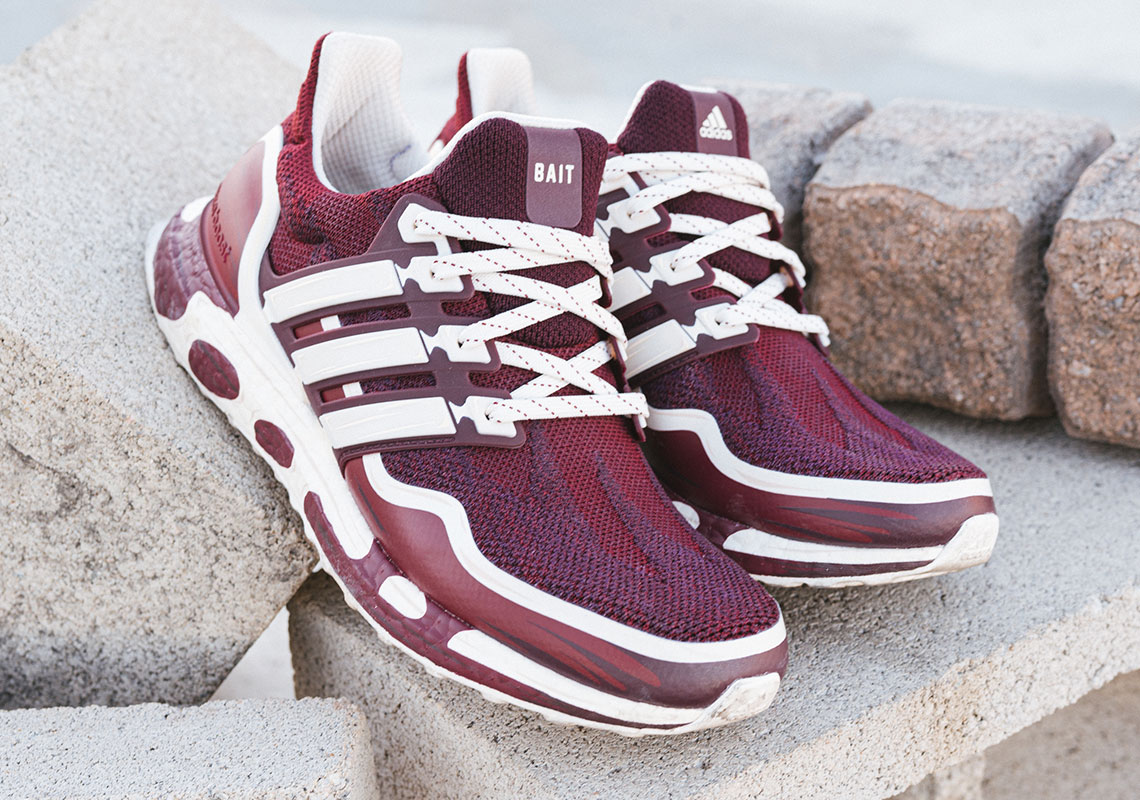 BAIT, adidas, And Attack On Titan Model Their UltraBOOST After The Series’ Colossal Titan

Pop culture is deeply engrained in everything BAIT touches, from graphic tees to sneaker collaborations. And while they’ve stocked One Piece and DBZ collectibles for quite a while, rarely has Japanese media bled into their work as often as it did in the past year. With the help of adidas, the boutique has paid homage to a number of beloved series — such as Cowboy Bebop and Initial D — and they’re soon to honor a much newer yet similarly celebrated icon: Attack On Titan.

Now that Part 2 of Attack On Titan’s final season has aired its finale, the anime adaptation is coming very close to its end, with nine chapters left to adapt. In commemoration (and to avoid any big spoilers), BAIT draws from much further back in the story, when Eren Yeager, the series’ MC, went up against the Colossal Titan. This encounter is depicted across the insole of the capsule’s UltraBOOST as well as the accompanying skateboard, tote bag, and apparel.

Alongside the graphic-adorned sockliner, the above-mentioned UltraBOOST models its exterior after the Colossal Titan itself. Arguably one of the most memorable antagonists — as well as one of the earliest — the sixty meter tall figure lacks any external skin, its tissues and muscles completely exposed. This serves as the core inspiration for the design, with the shoe’s upper blending together a dark, blood red base with bone-colored detailing along the laces, Three Stripes, lining, and sole.

For a closer look at the entire BAIT x Attack On Titan x adidas collection, see below. If you’d like the opportunity to purchase a pair, the raffle is live right now via baitme.com. Winners will be notified on Saturday, April 9th. 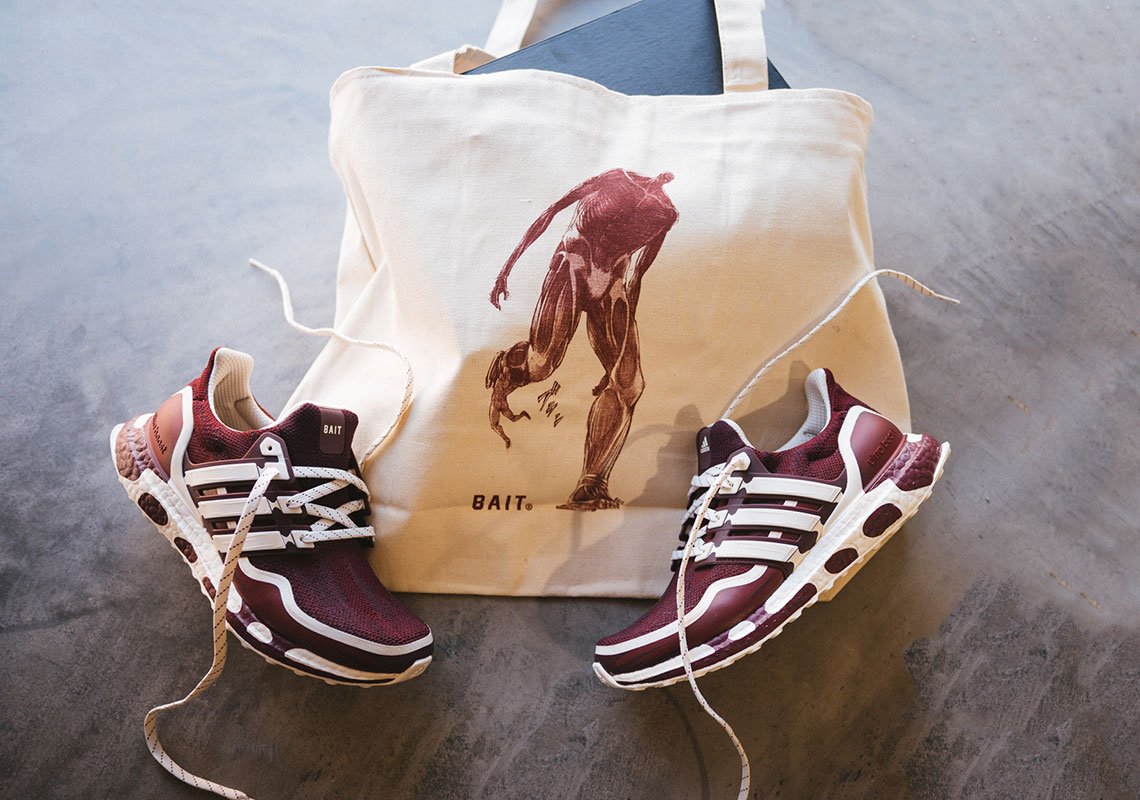 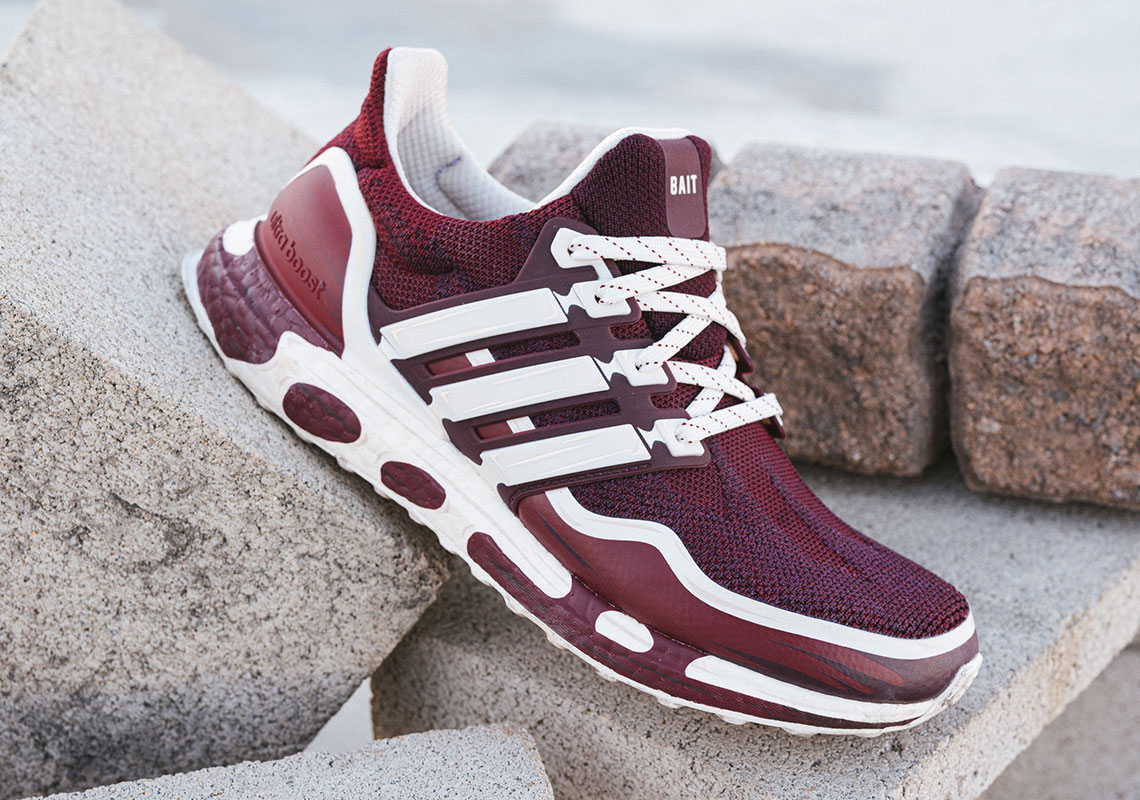 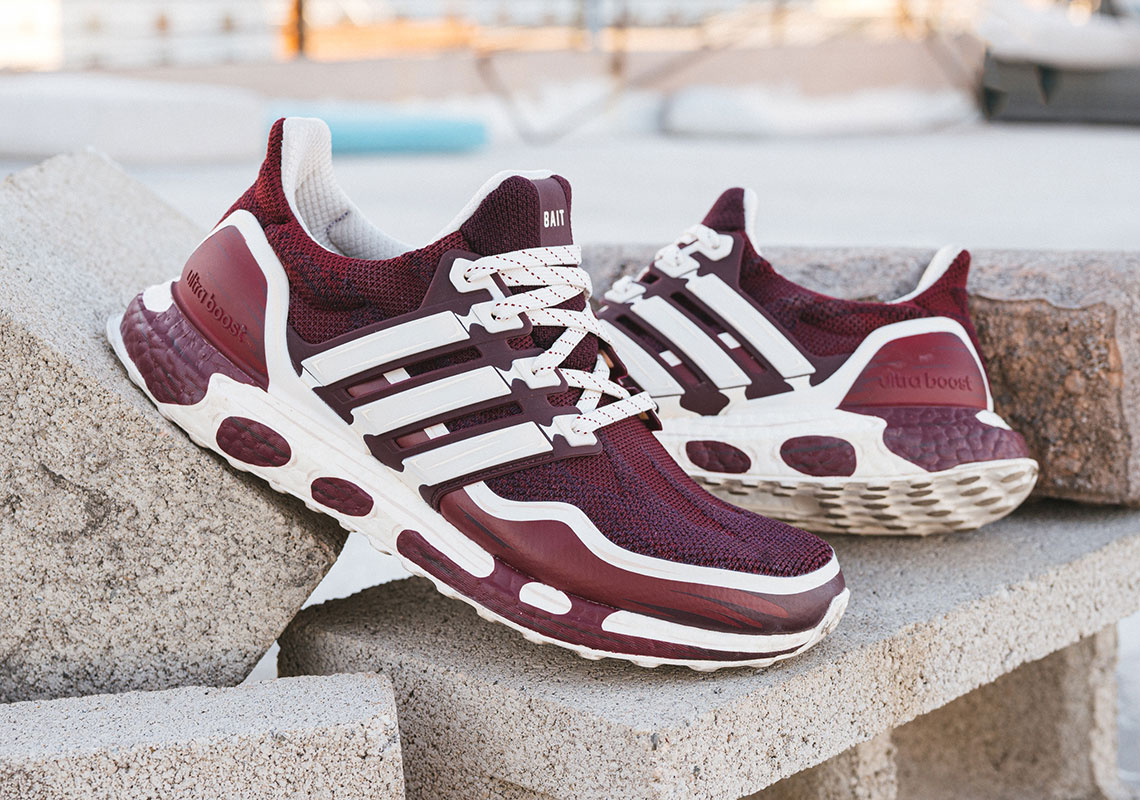 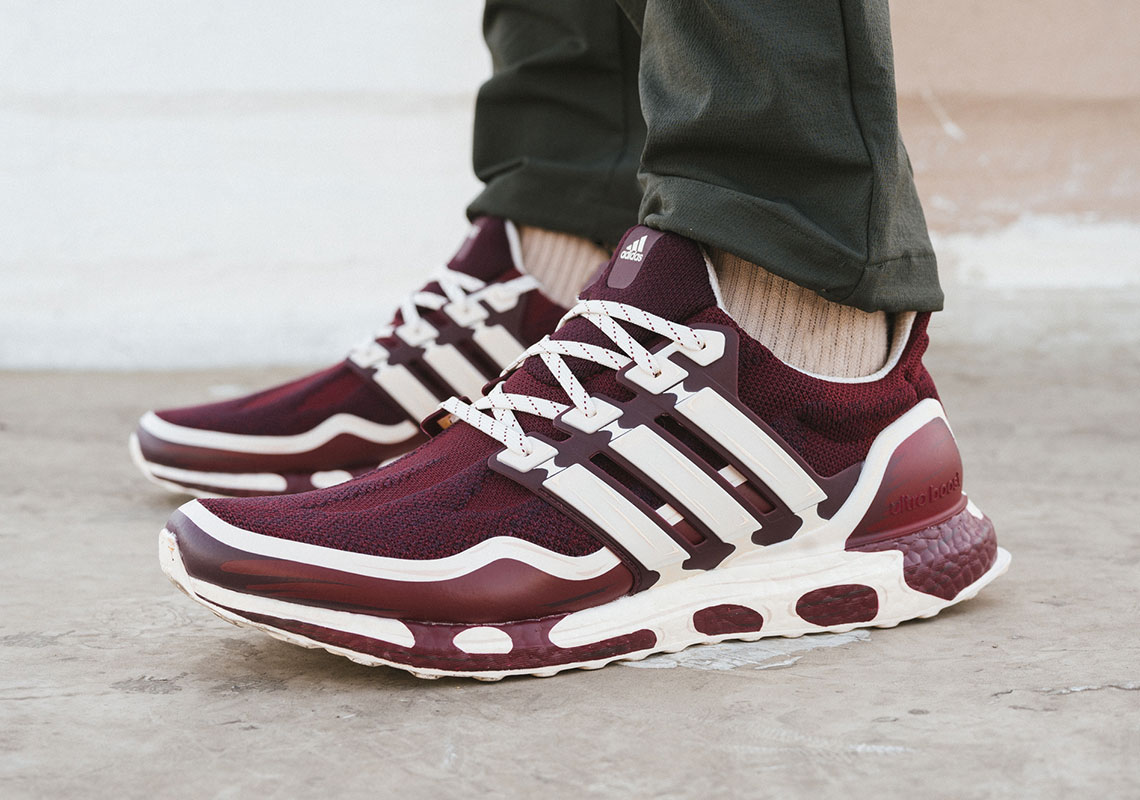 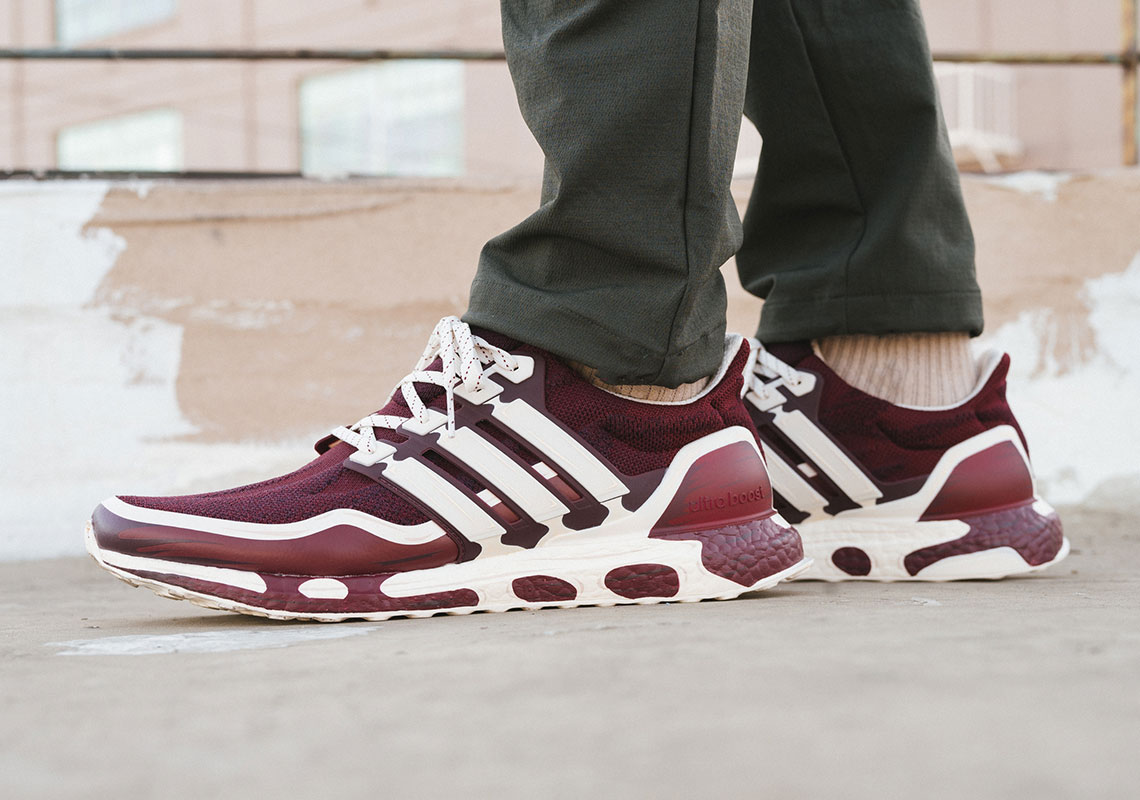 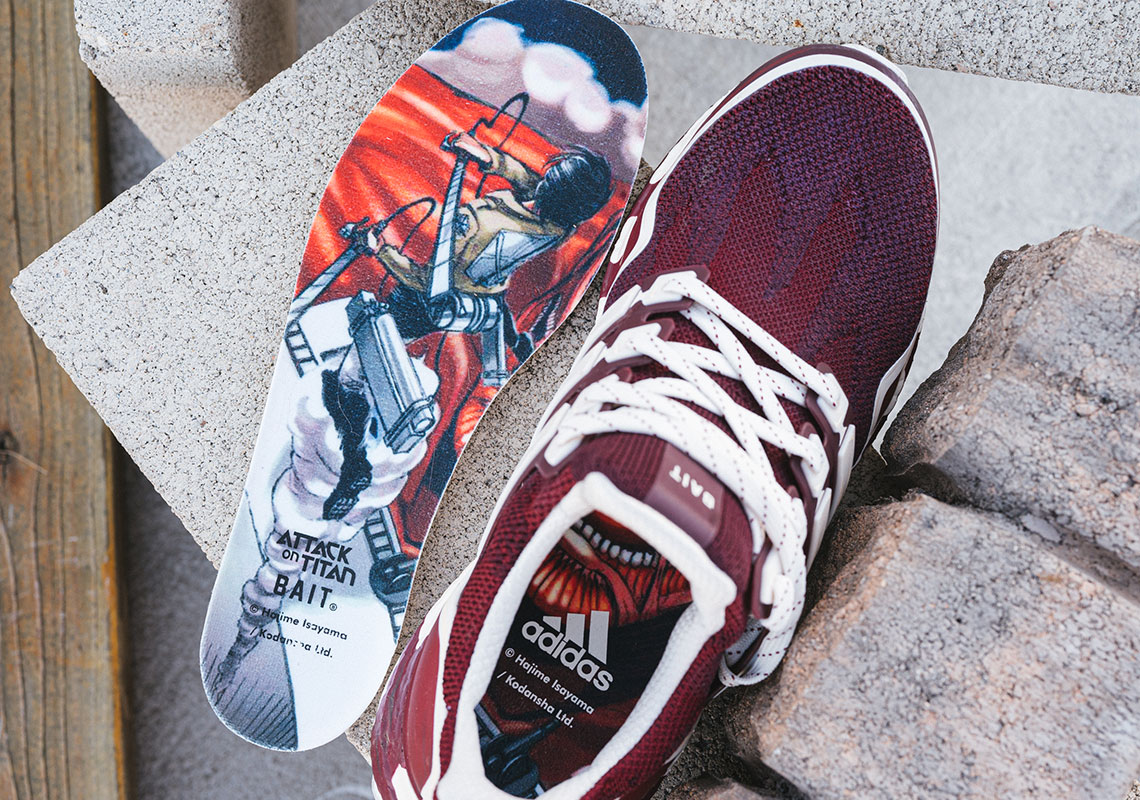 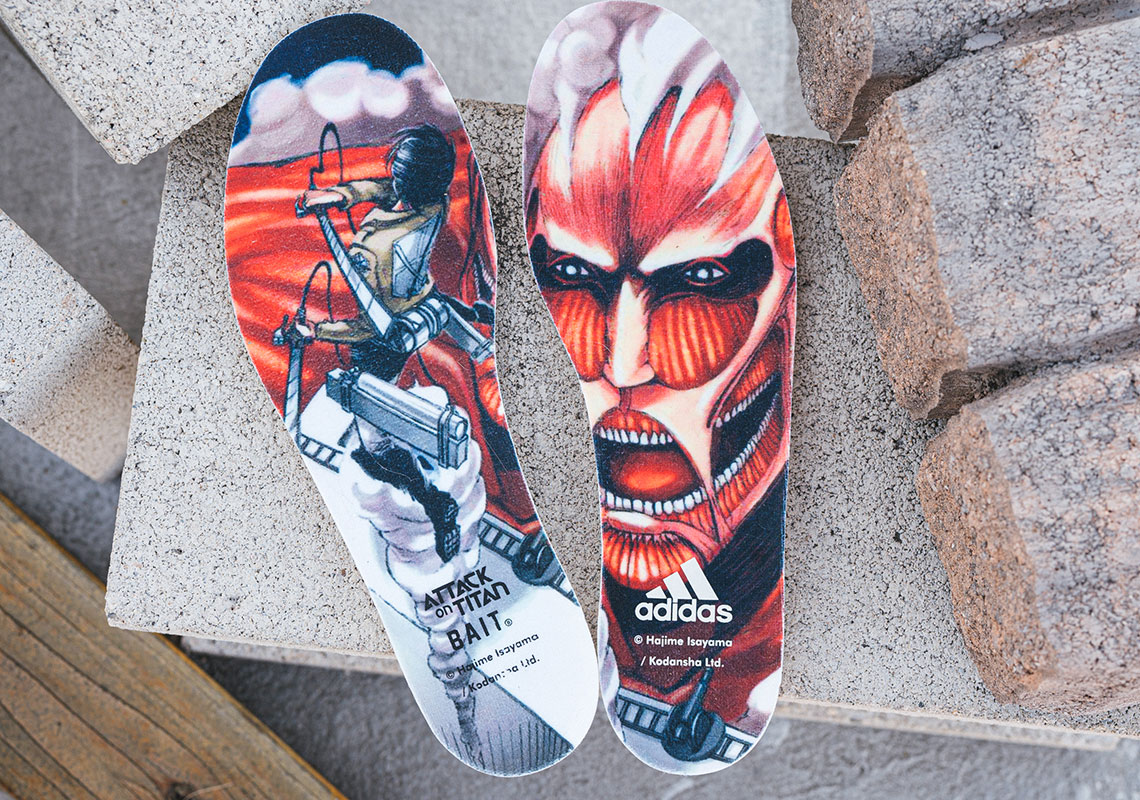 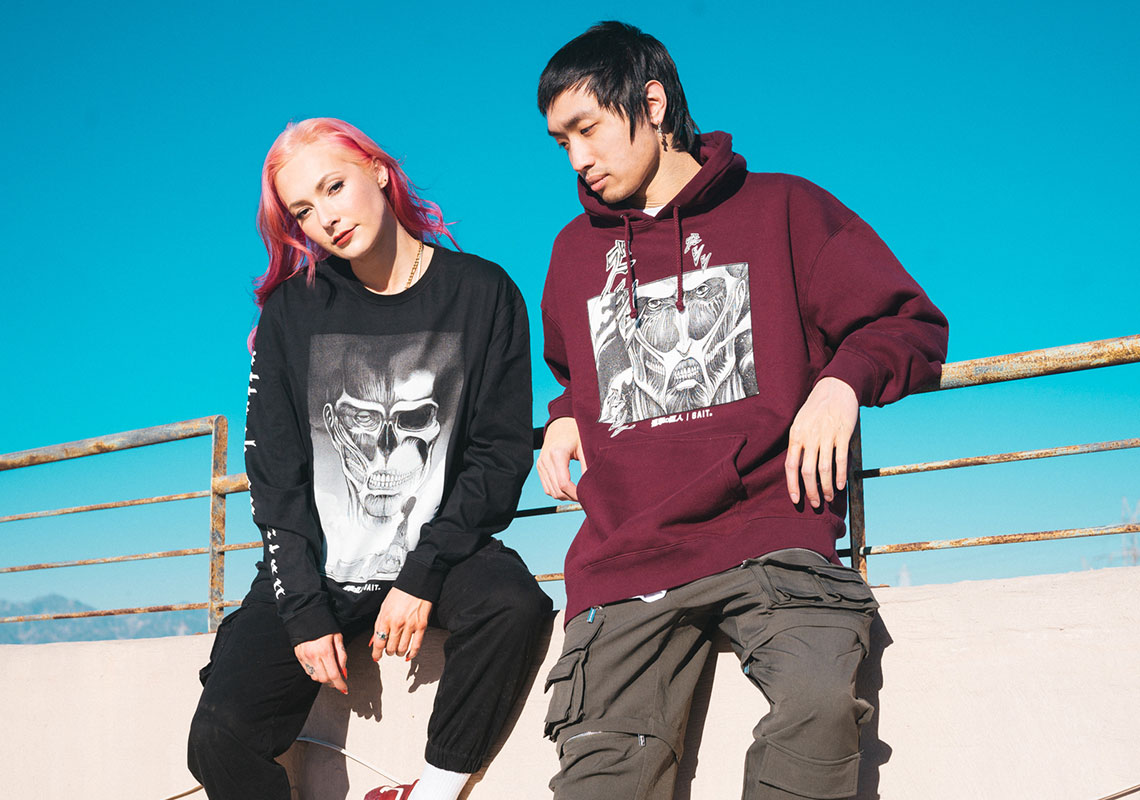 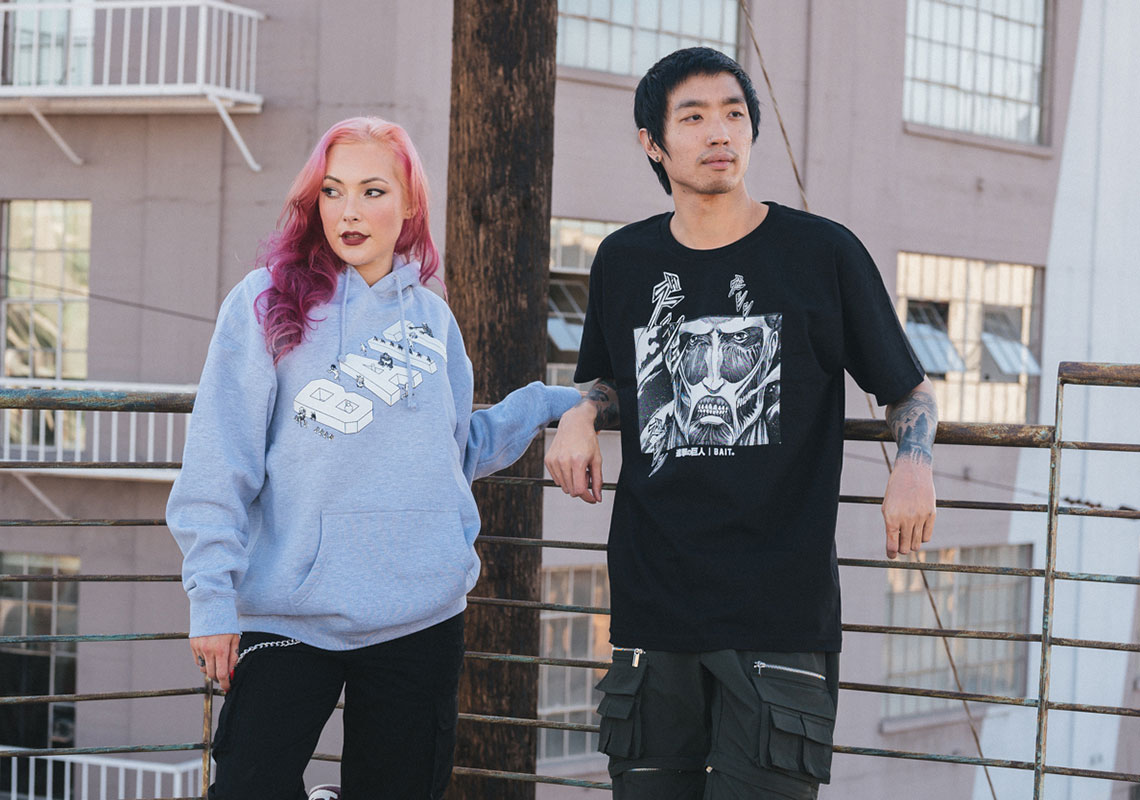 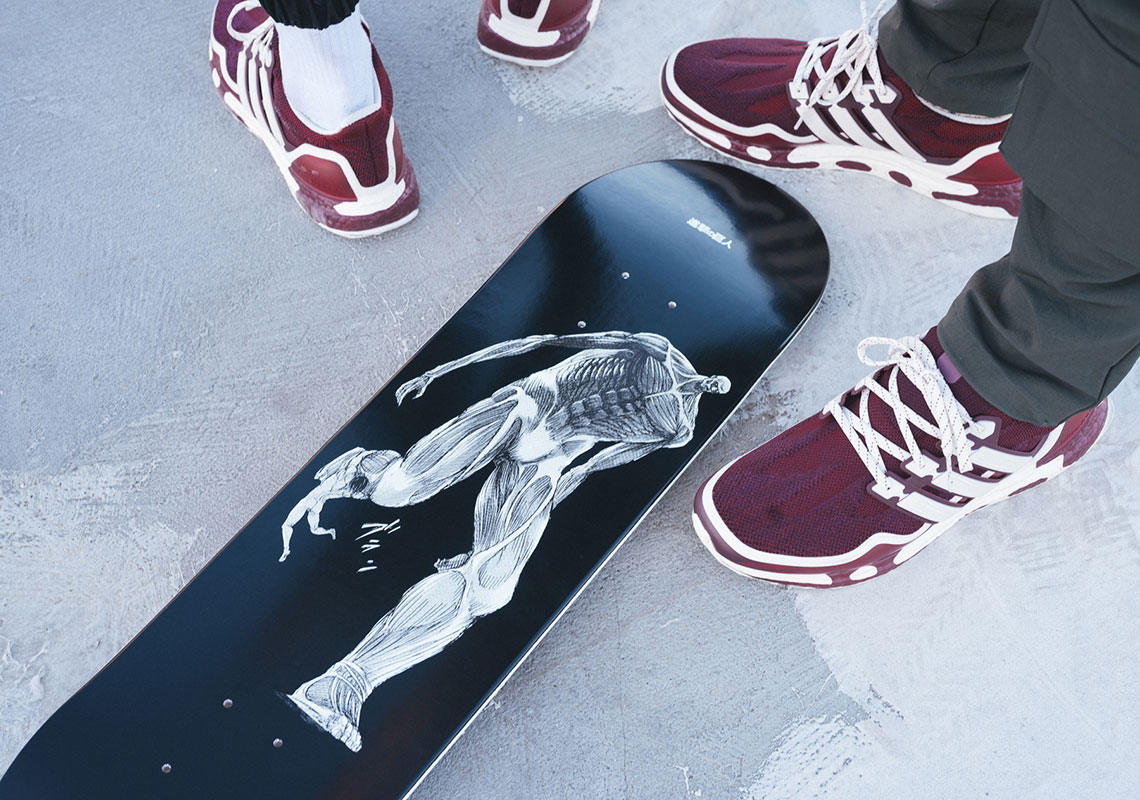