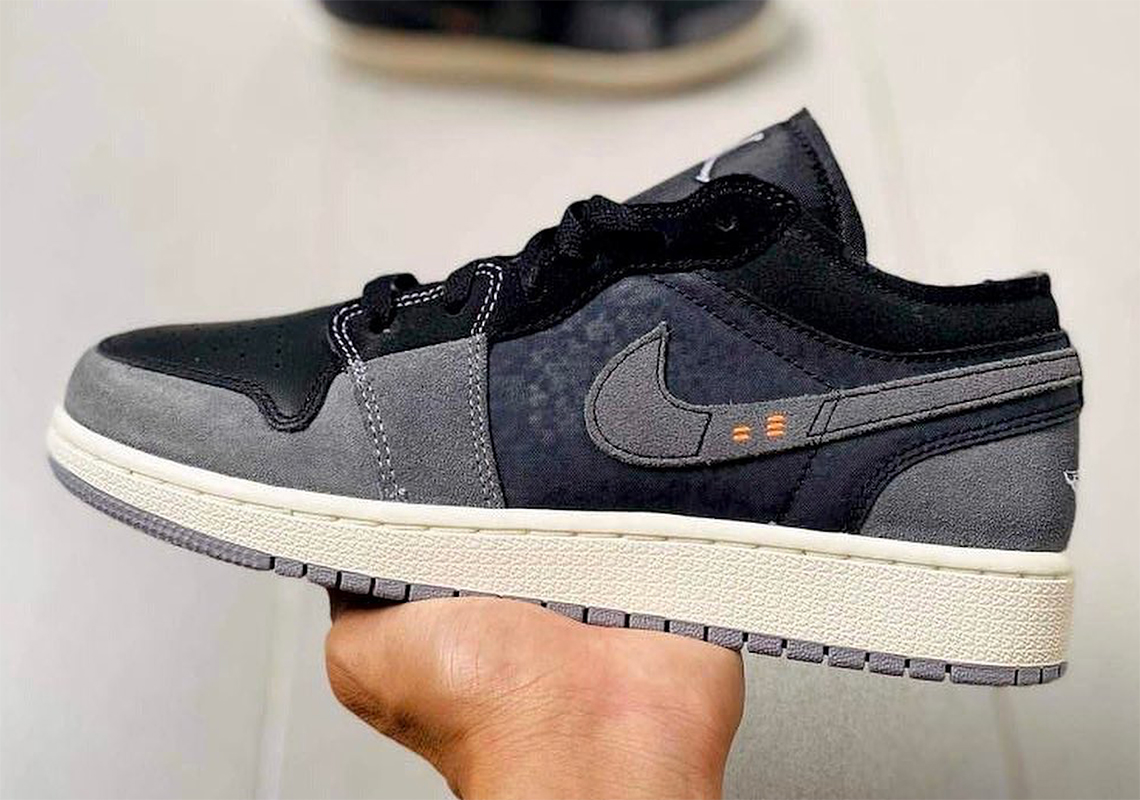 When it was unveiled earlier this year, the Air Jordan 1 Low “Inside Out” was met with nothing but praise. And while originally thought to be by its lonesome (not counting the matching AJ1 Mid), it was recently leaked that the colorway will also be coming in black.

In every way save for color, the pair is practically identical to its white-themed counterpart. The paneling, for starters, is appropriately flipped inside out: the toe box and mid-panel are shifted one layer up, while the adjacent fixtures have received the opposite treatment. Various shades of grey and black highlight this effect, doing so atop both suede and leather textures. But the adjacent tongue, midsole, and Swoosh are far more typical by comparison, with the latter-most deviating slightly with its orange embroidery and altered stitching.

Enjoy a closer look at the blacked out AJ1 Low “Inside Out” right here. Currently, no release date has been confirmed, but one should be announced within the next few months.

In other news, Jordan Brand just introduced the Air 200E.