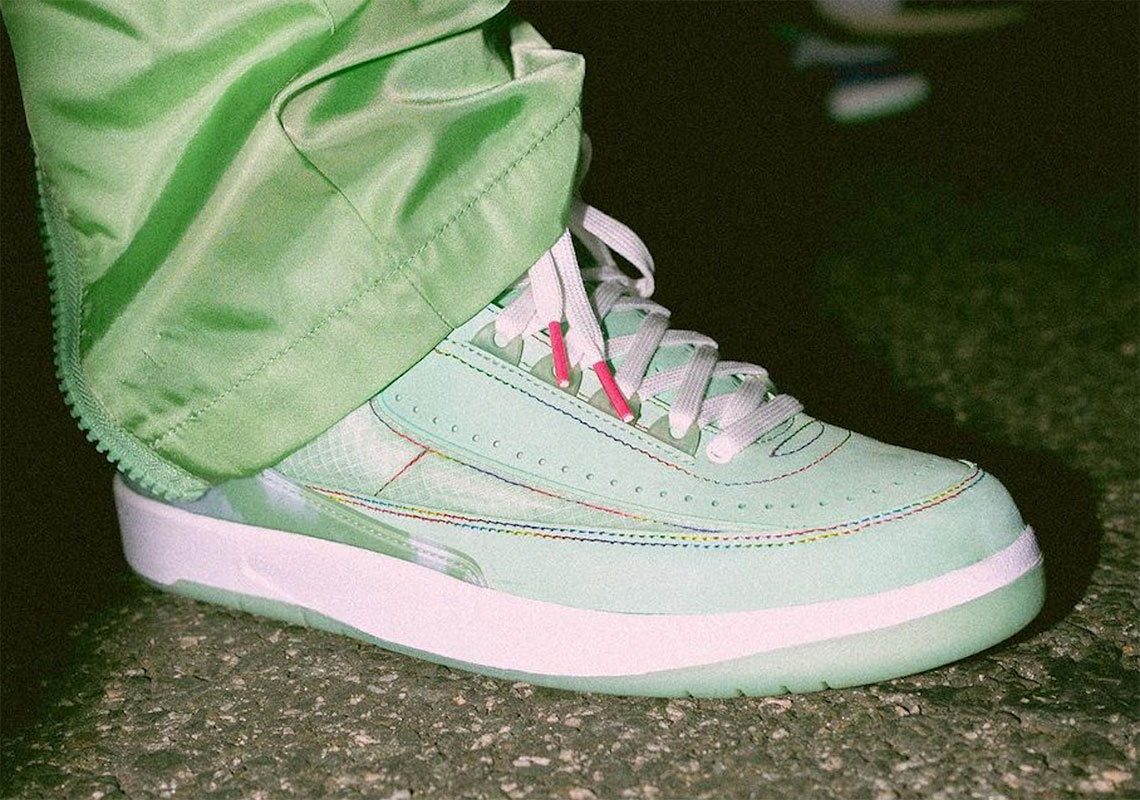 J Balvin is ready to reveal his next act with Jordan Brand via an Air Jordan 2 with LED-lit Wings logos on the tongue. Recently, the Colombian mega-star has taken to his social media accounts to leave little bread-crumbs of the collaboration, revealing the light-up tongues through short teasers. Much like his initial Air Jordan 1 collaboration with the Jumpman back in 2020, the J Balvin Air Jordan 2 will be a hotly coveted item on a global level, matching his widespread fandom.

However, there will be a pair that will become nearly impossible to get – this alternate green colorway made specifically for friends and family. Revealed by Oscar Castillo, this secondary version replaces the  standard cloudy blue version that the public will be treated to with an equally attractive light green shade. Red contrast stitching adds an extra ‘umph’ to the otherwise ornate shoe, while the LED tongue and the cloud pattern on the heel remain.

A firm release date for the J Balvin Air Jordan 2 has yet to be revealed, but with the surfacing of the ever-so-rare F&F version and the regular teasers by J Balvin himself, we suspect an official announcement for the shoes soon. 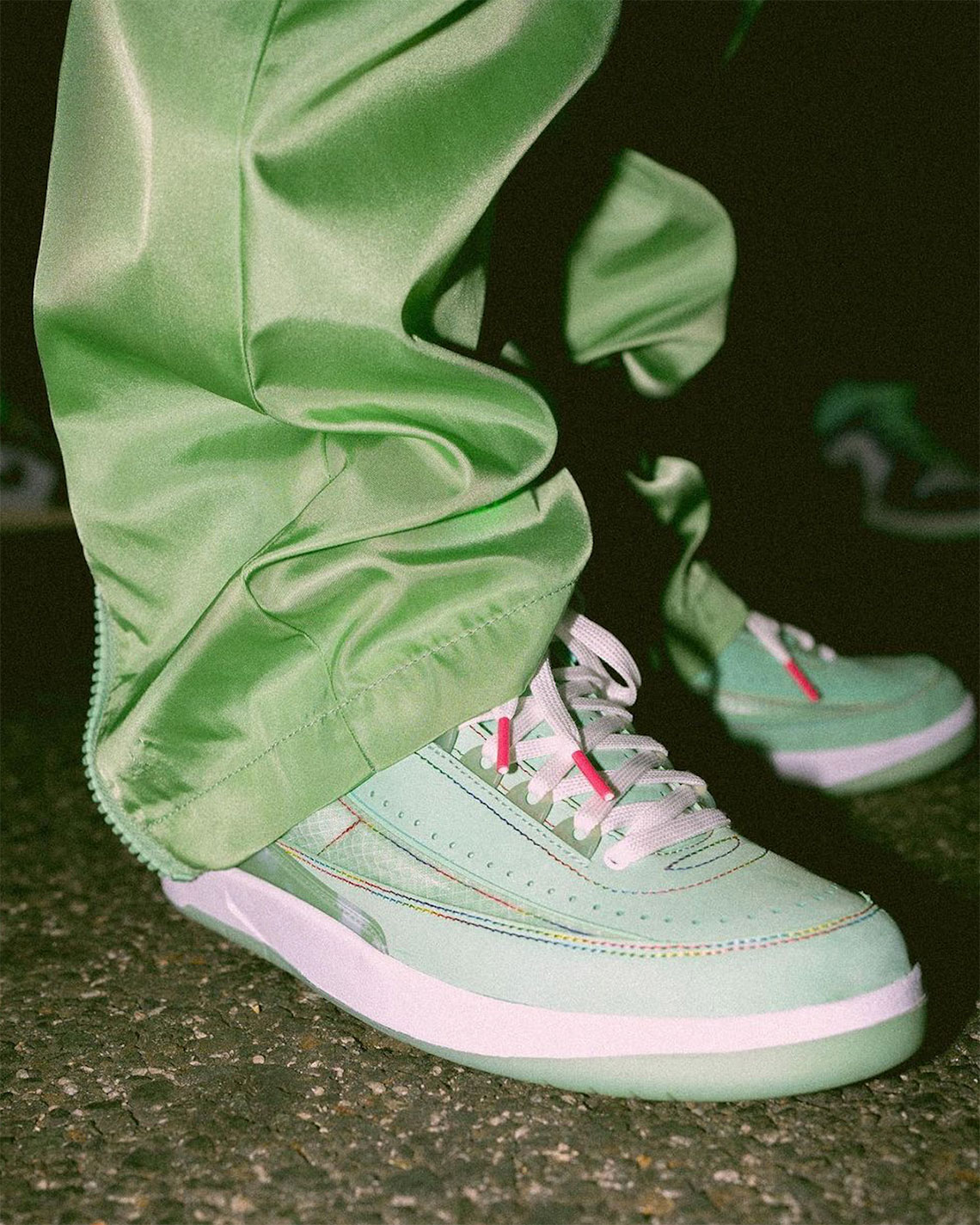 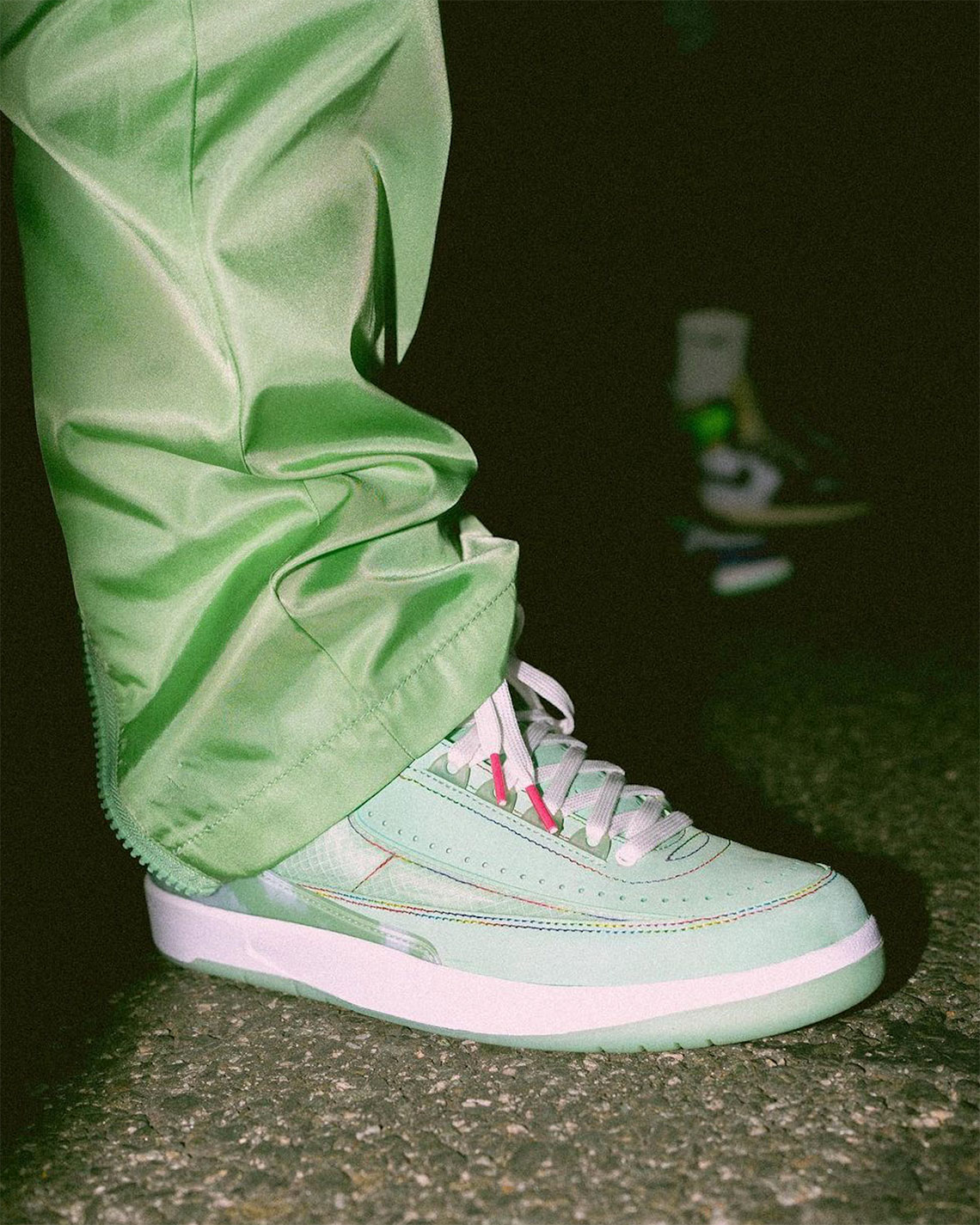 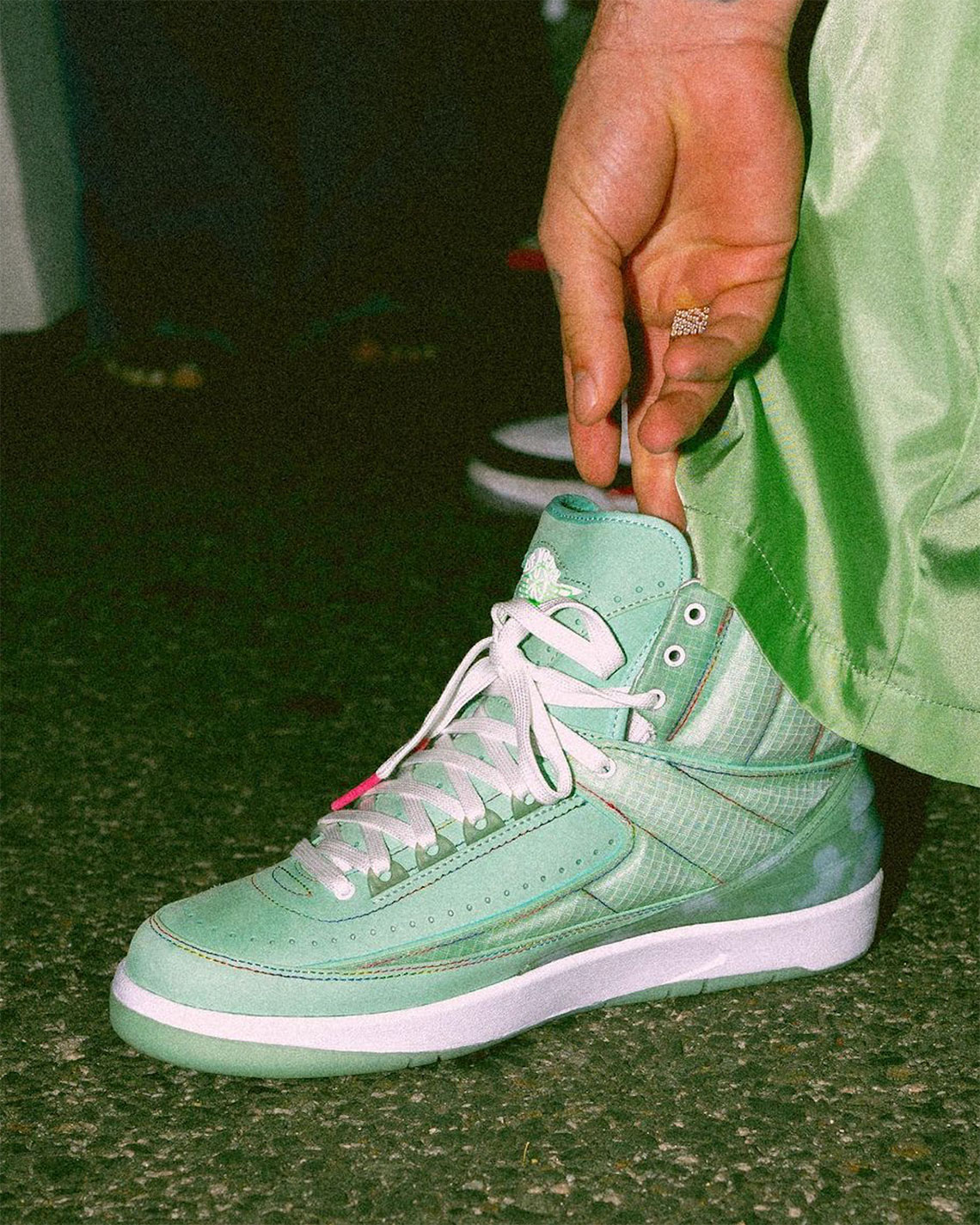