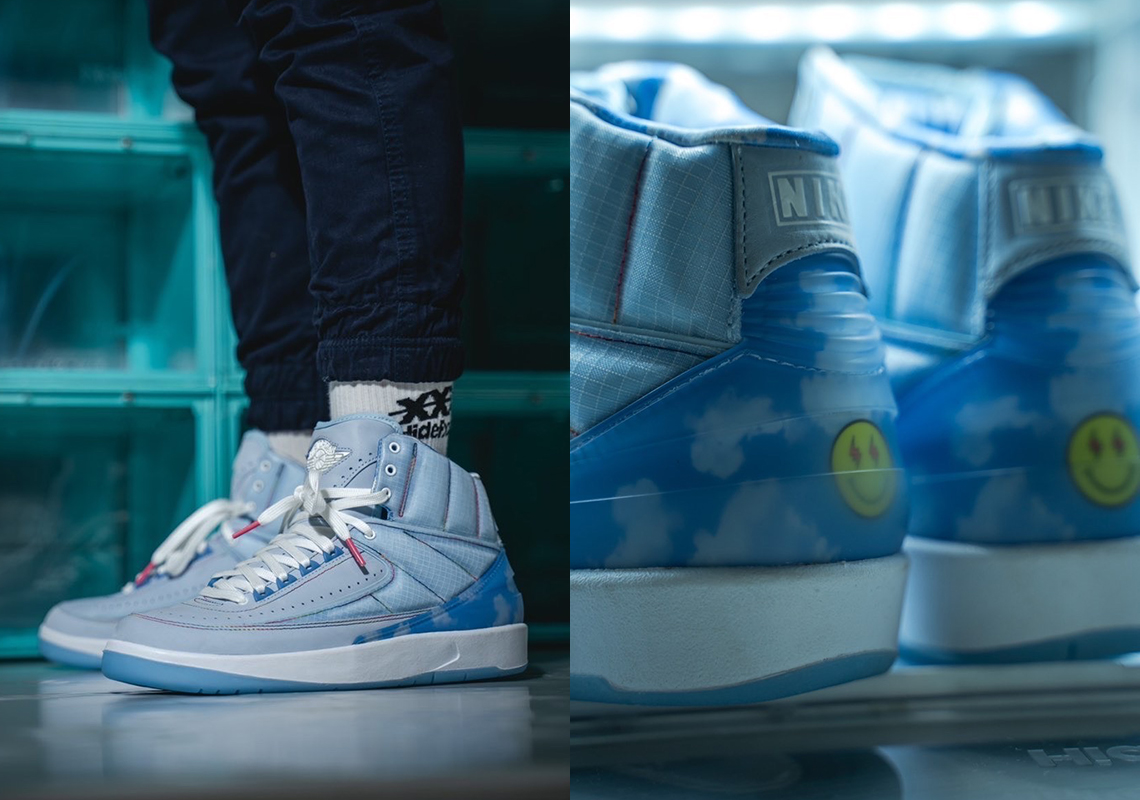 Ever since Virgil Abloh collaborated on the silhouette late last year, the Air Jordan 2 quickly came back in Vogue. Not long after, it was revealed that Union LA, A Ma Maniere, and J Balvin were all working on their own co-created colorways. And though we’ve seen plenty from both Chris Gibbs and James Whitner in the months since, only teasers have come from the Colombian singer’s camp.

Today, however, marks the very first, detailed look at the J Balvin x Air Jordan 2, which comes in a vibrant, sky-inspired colorway. Clouds cover much of the heel counter and lining, laying across a bright a shade of blue, which complements the much lighter finish of the quilted, grid-patterned panels adjacent. Suede hits, too, mark much of the shoe, outfitting around the toe cap, eye stays, and instep in a light grey. Additionally, the branded emblems have been equipped with LED lights, which glow along the front of the tongue.

For a closer look, check out the imagery added below. These are currently expected to release this October; more details should surface very soon.

In other news, the Crocs Pollex Clog Crocodile is releasing next week. 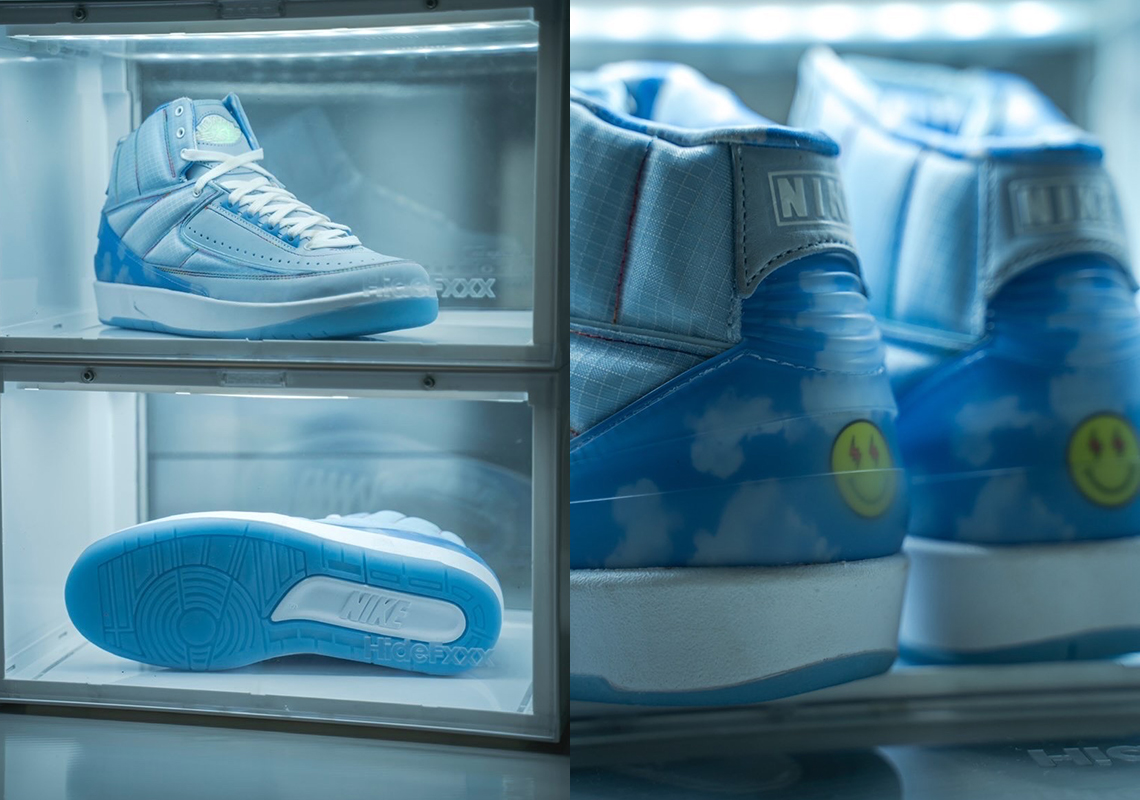 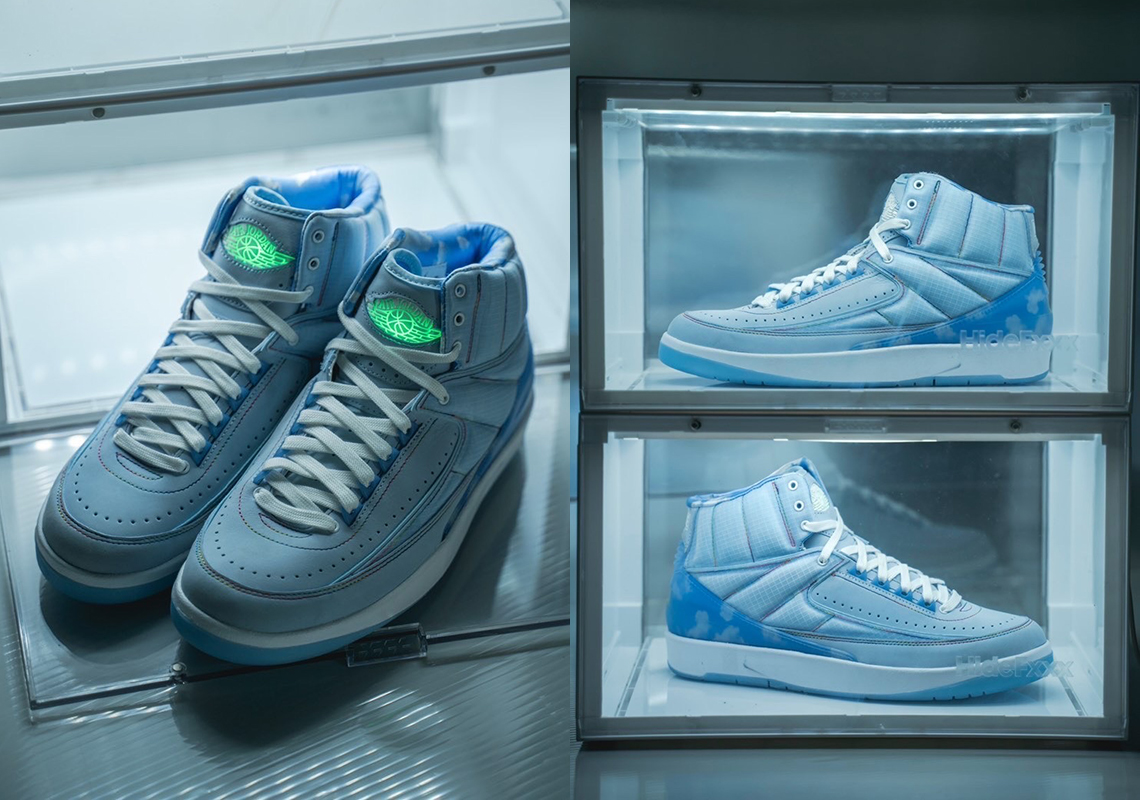 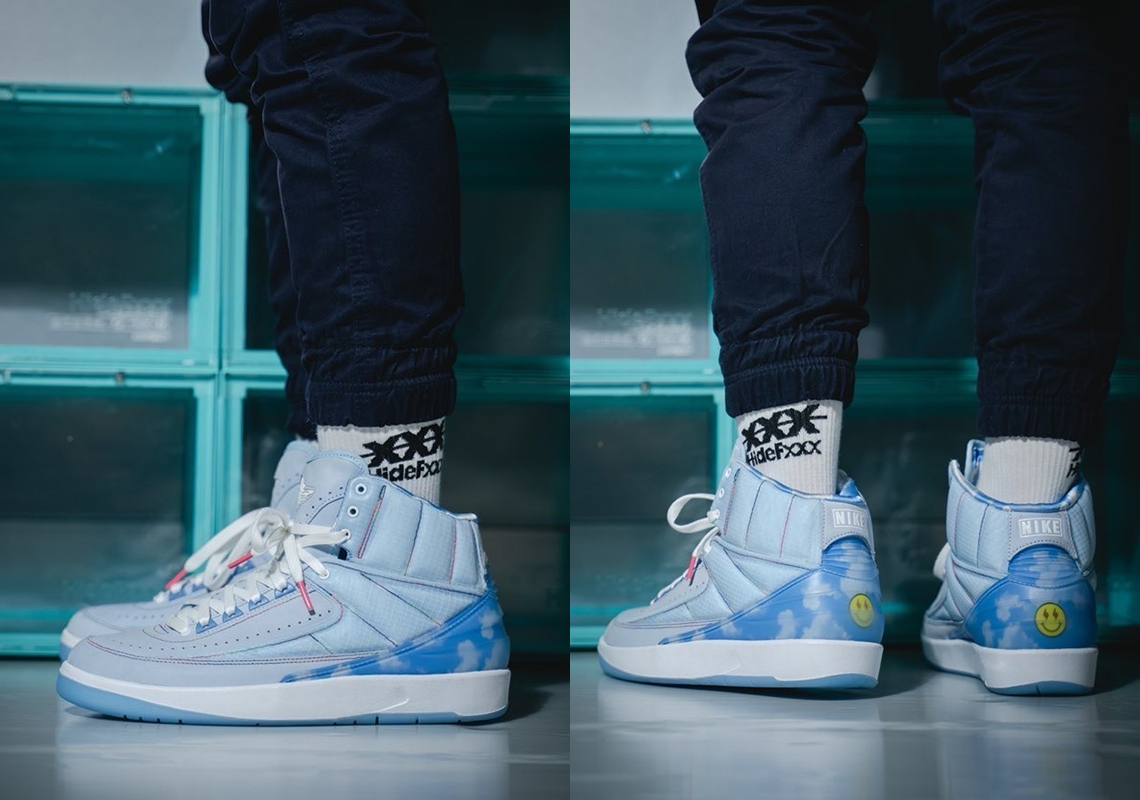 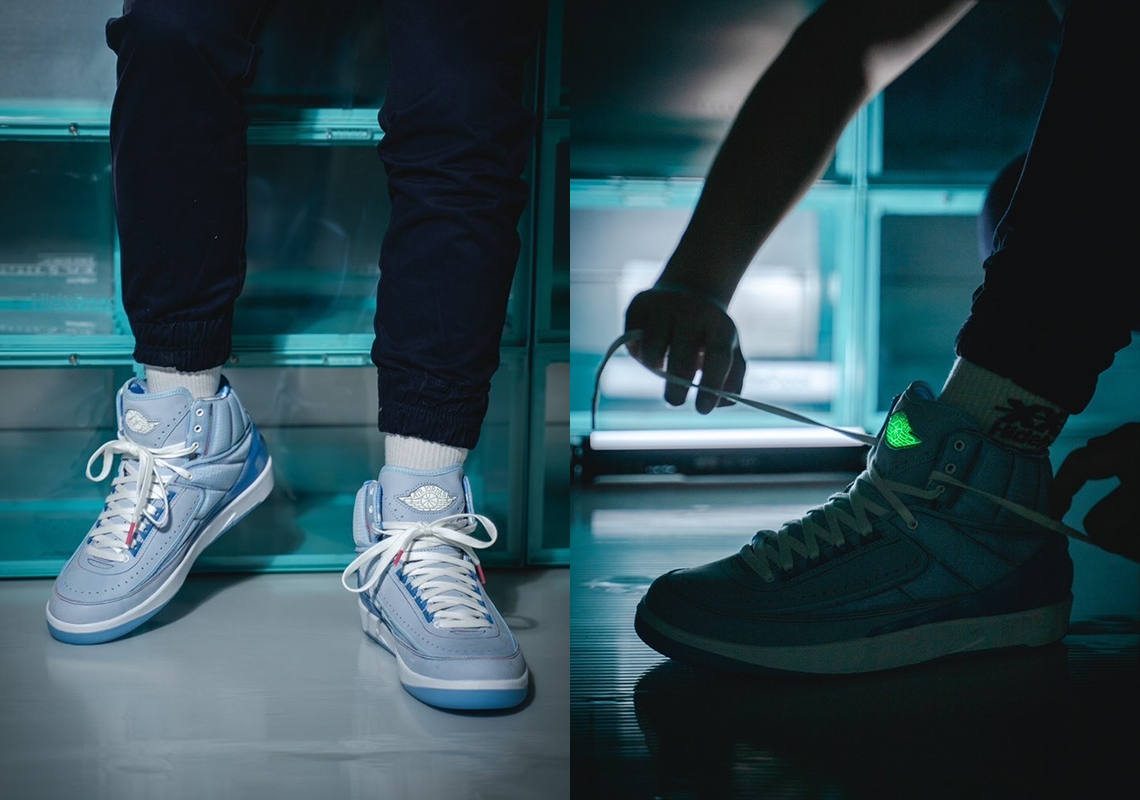 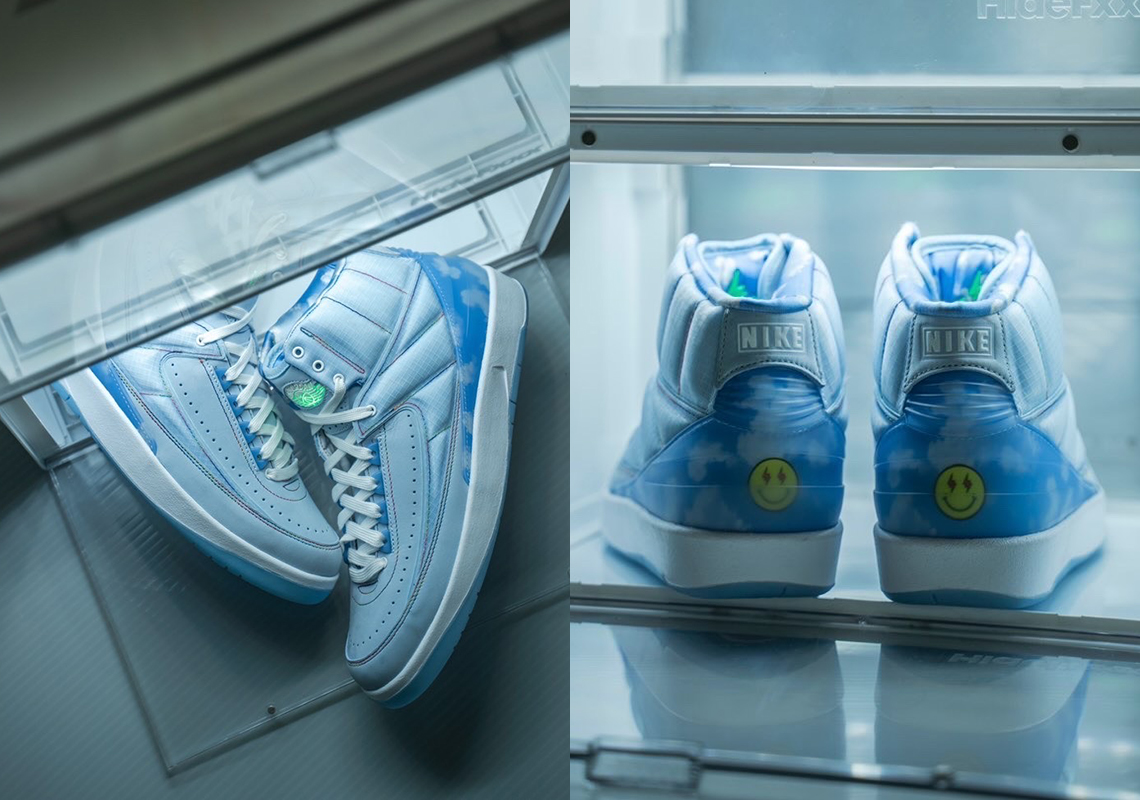 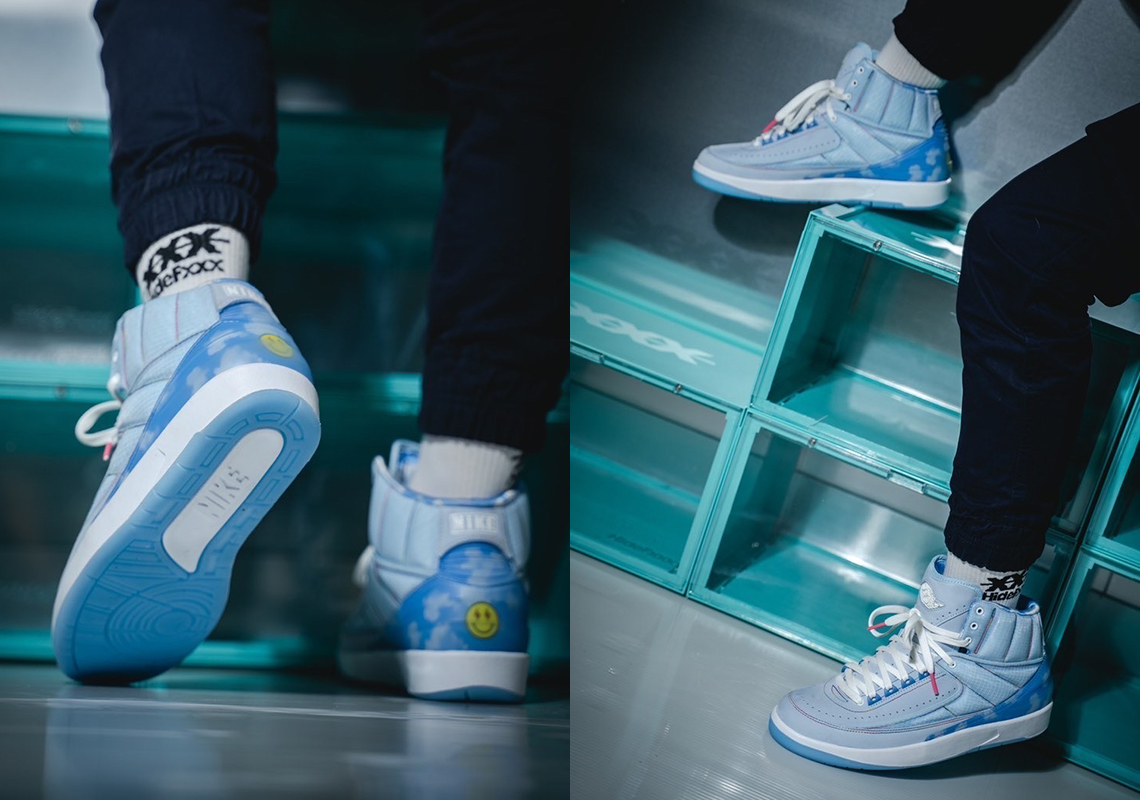 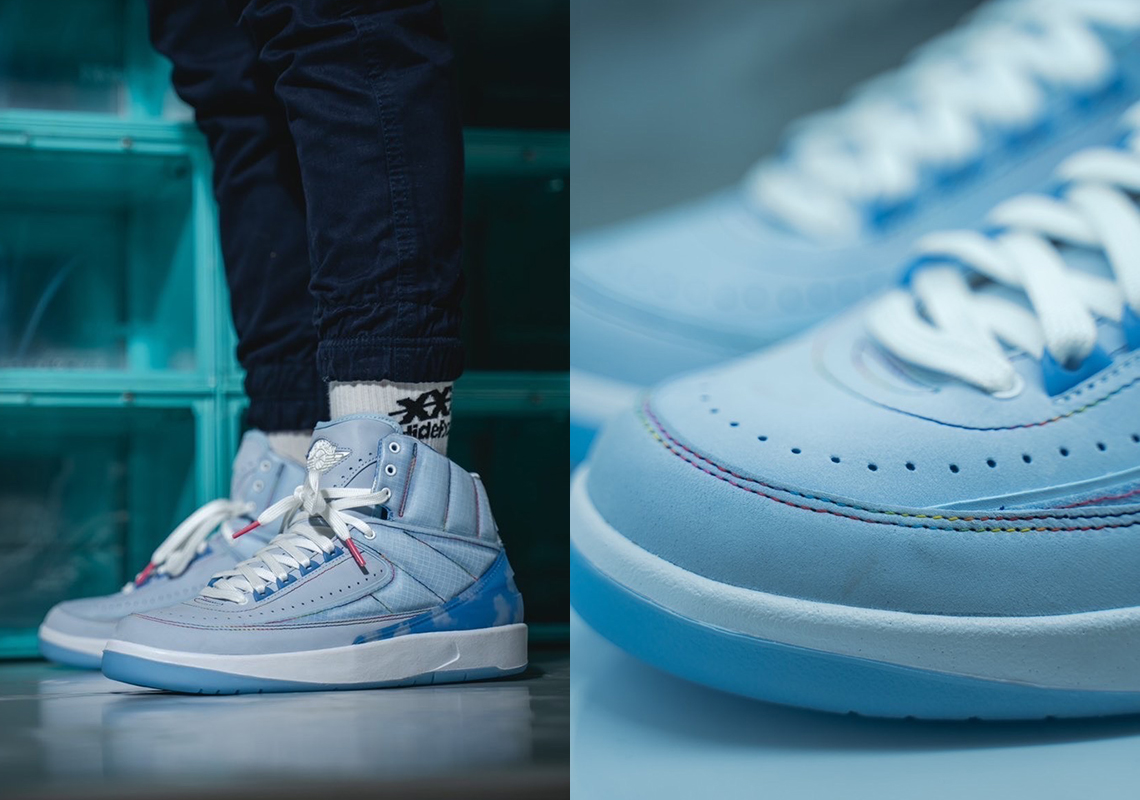 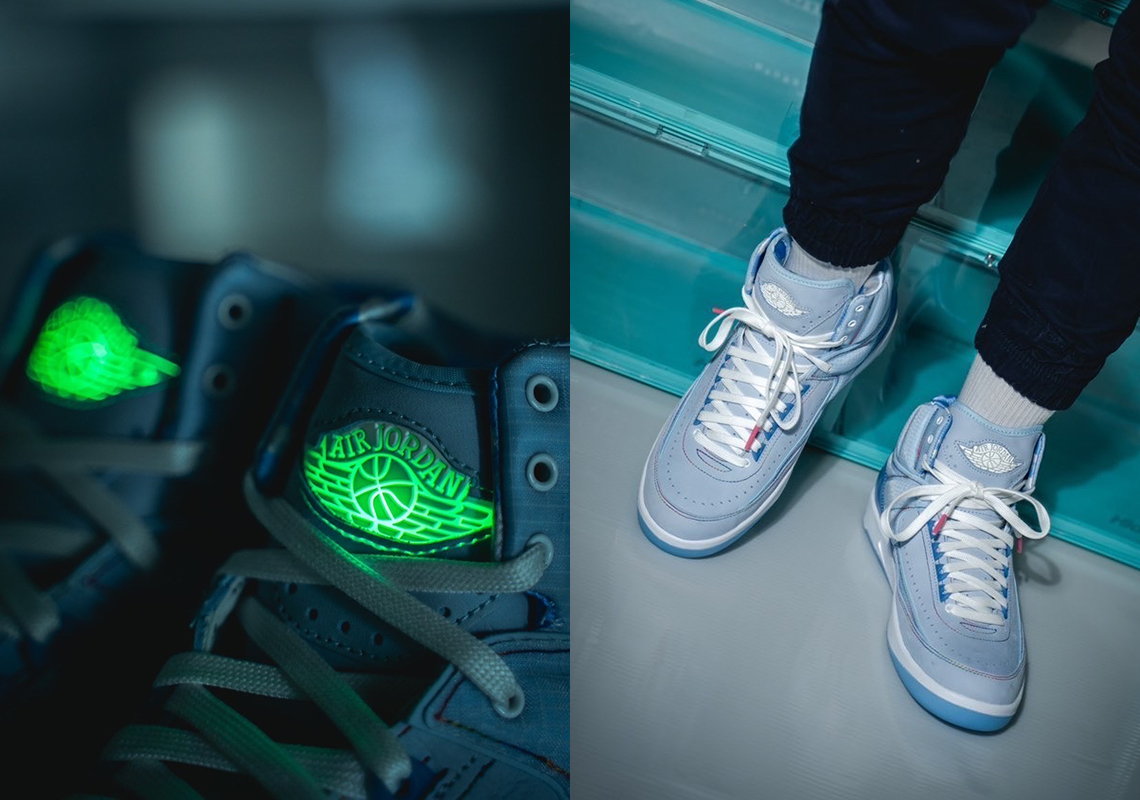 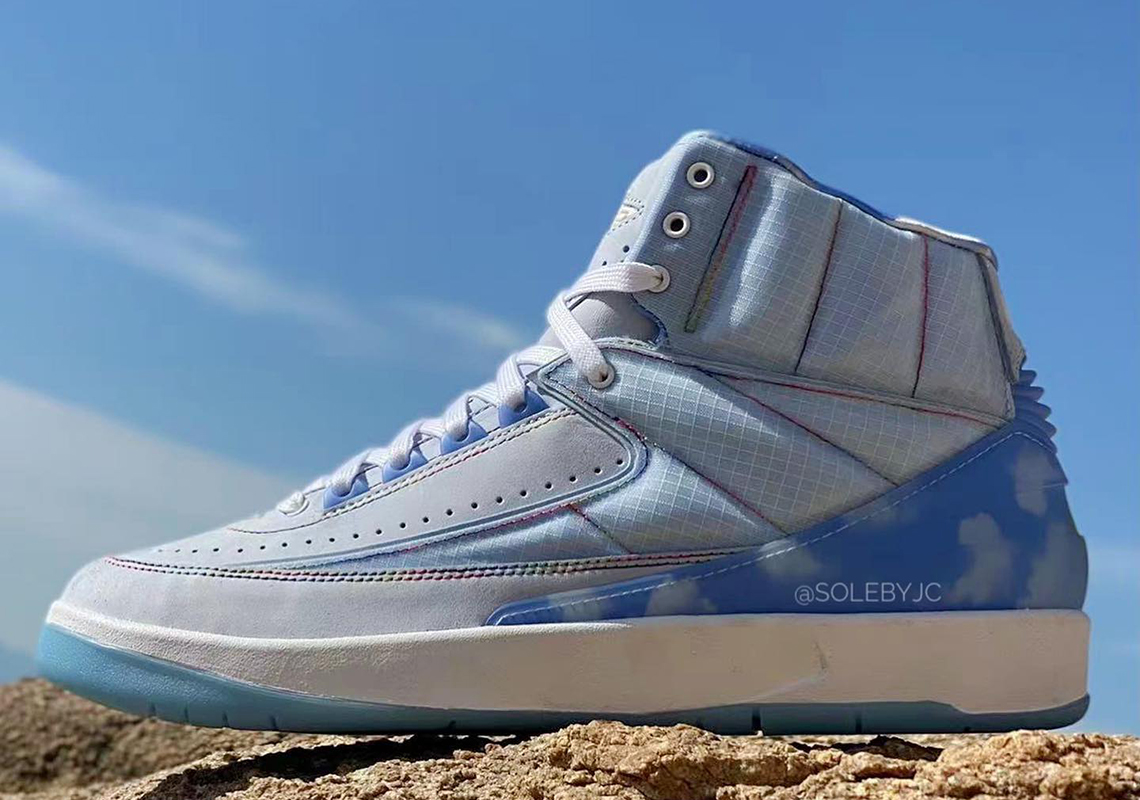 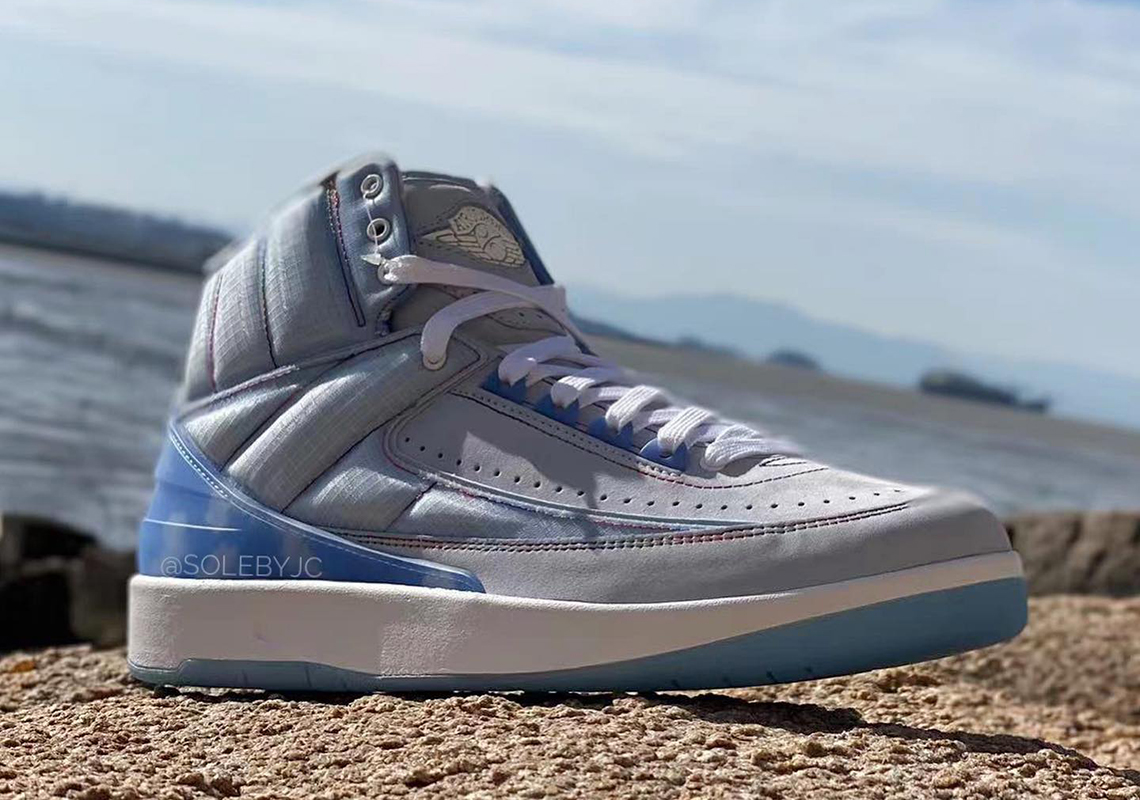 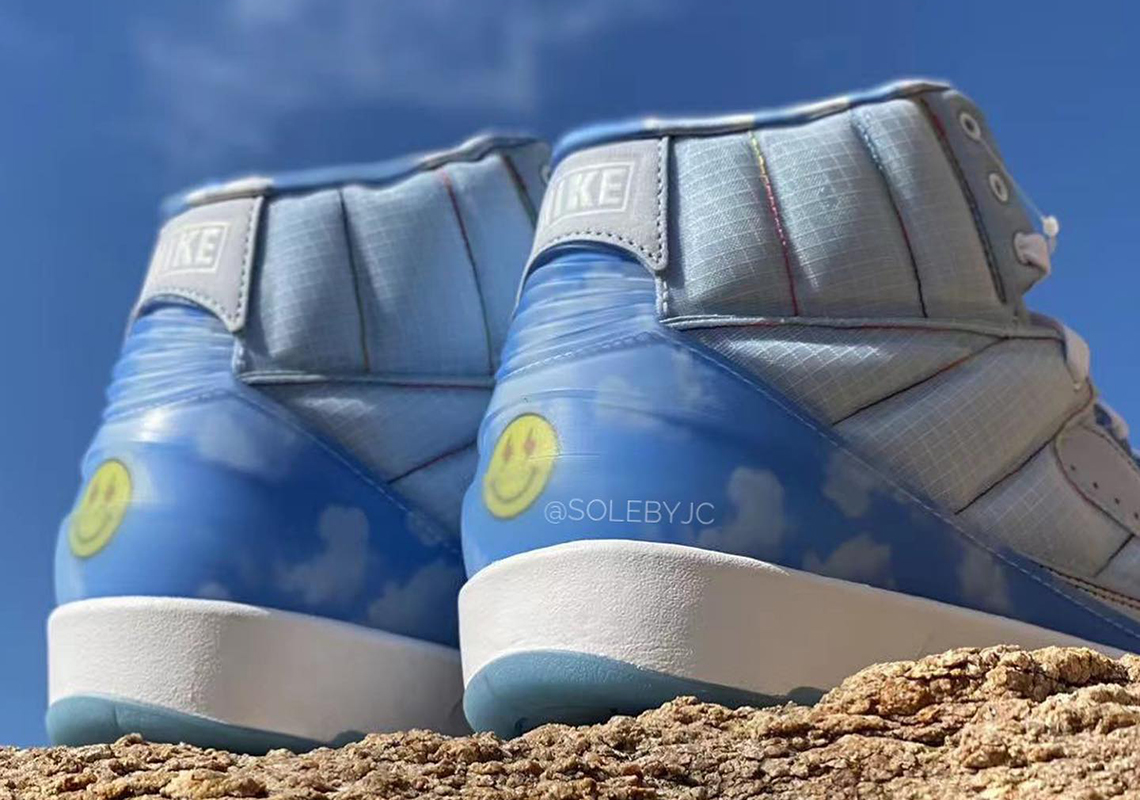 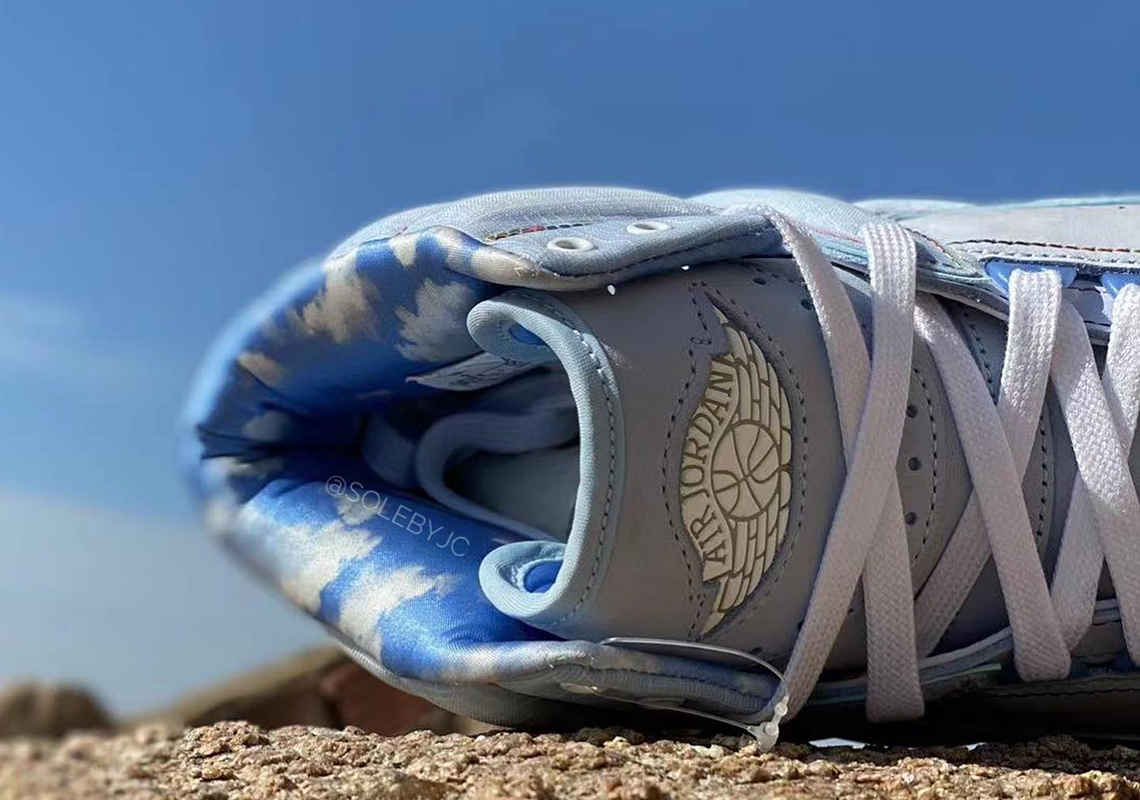 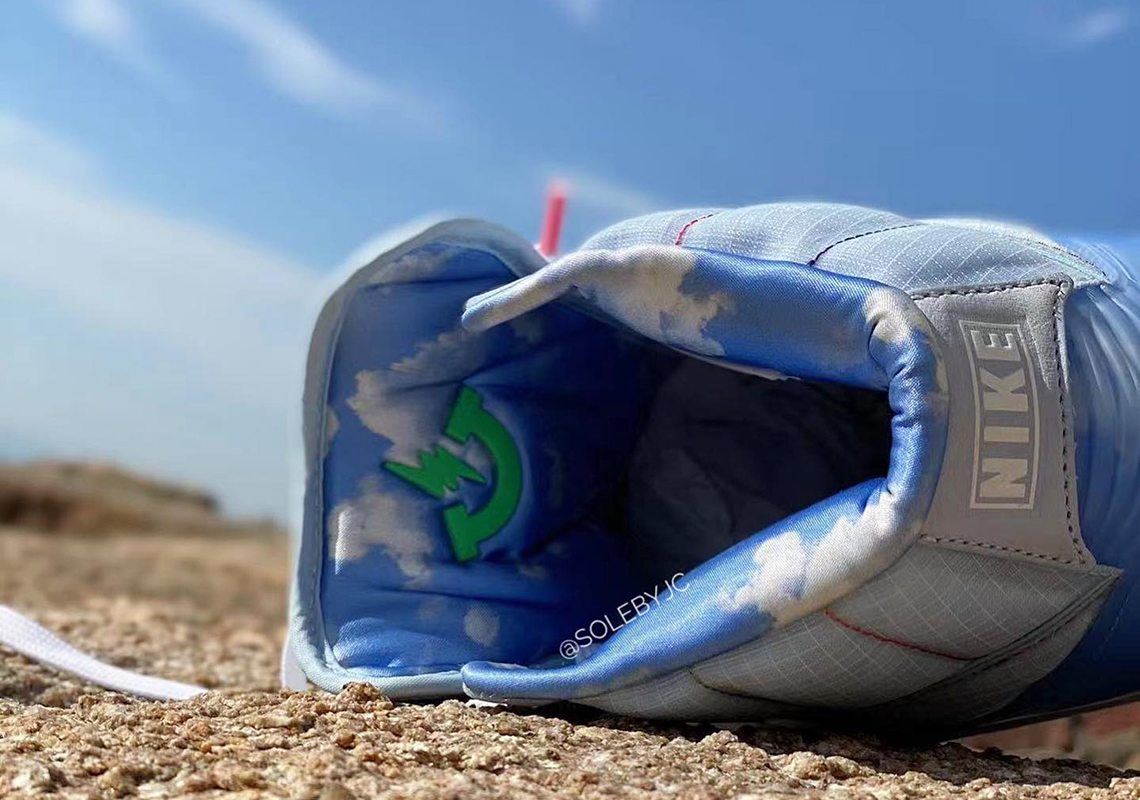 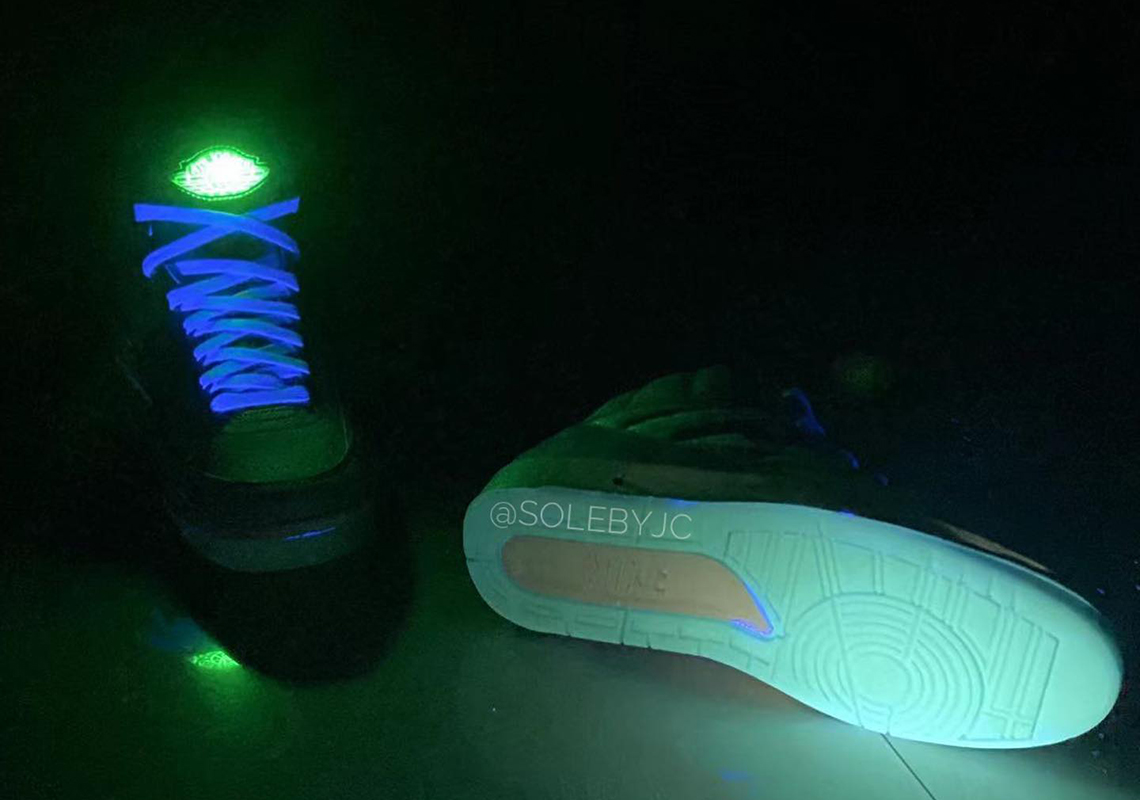