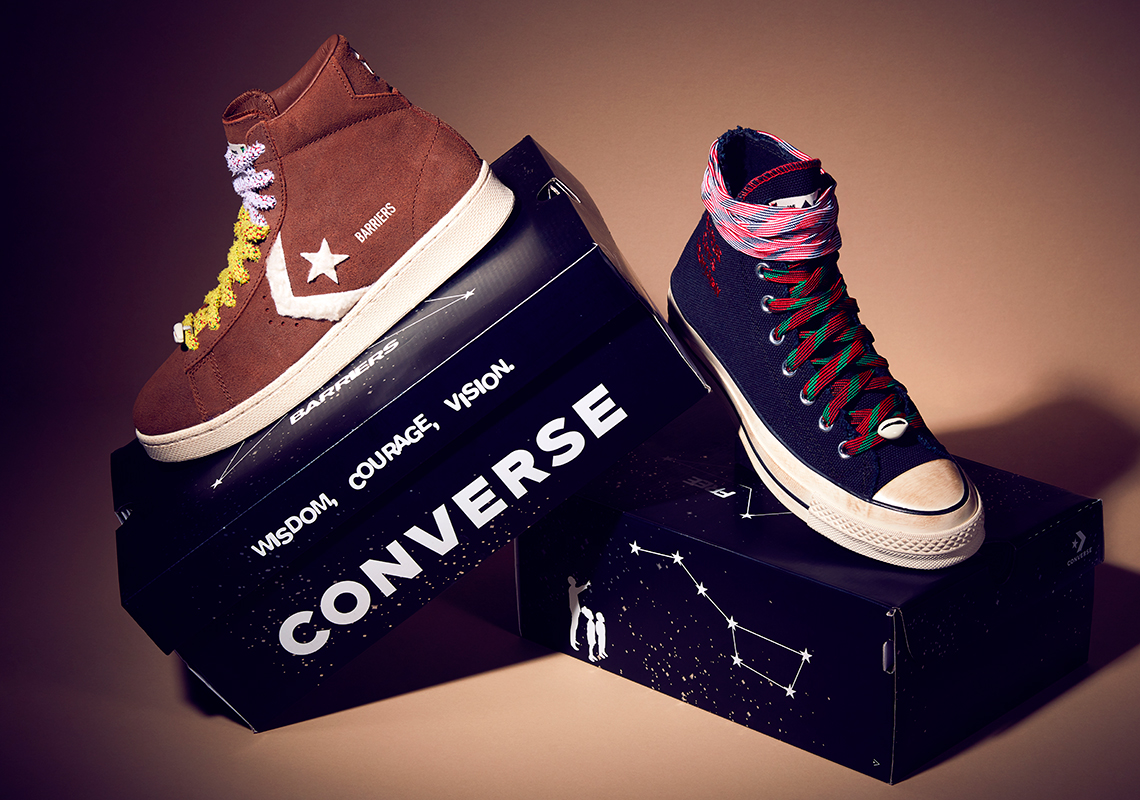 Founded in 2015 and based in New York City, Barriers Worldwide is the vision of Steven Barter, a Valley Stream, New York-native who aims to educate through streetwear. Recently, the former-Visual Merchandiser at Nike unveiled his brand’s first-ever collaboration with Converse.

Drawing inspiration from The North Star, a 19th century publication focused on anti-slavery sentiment, Barter has reimagined the Chuck 70, Pro Leather and court-ready apparel in a way that makes Black history palpable to youth culture. The made-for-basketball designs have been reworked through the lens of lifestyle and culture, with a star motif linking the Boston-based institution to the centuries-old and long-defunct newspaper Barriers Worldwide has referenced. The revolutionary canvas-covered high-top of the capsule is given a premium makeover, with “Black” material setting the stage for a series of embroidered text, co-branding and other details like heritage-inspired laces. “Egret”-colored sole units and toe caps indulge in an “aged” aesthetic that draw comparisons to old physical newspaper copies. By contrast, the Pro Leather is covered in brown suede fabric, with “BARRIERS” branding landing at thew lateral profile and top of the tongue. Sherpa-covered star-chevron logos also appear at the sides, while cowry shell-like lace dubraes offer protection to the wearer.

Enjoy product shots of the collection here below, and find all products landing via Barriers Worldwide and Converse.com on Thursday, July 31st. Both the Barriers Chuck 70 and Pro Leather are priced at $110 USD.

For more from under the NIKE, Inc. umbrella, check out the latest Air Jordan 4 retros, which include to pairs modified for skateboarding. 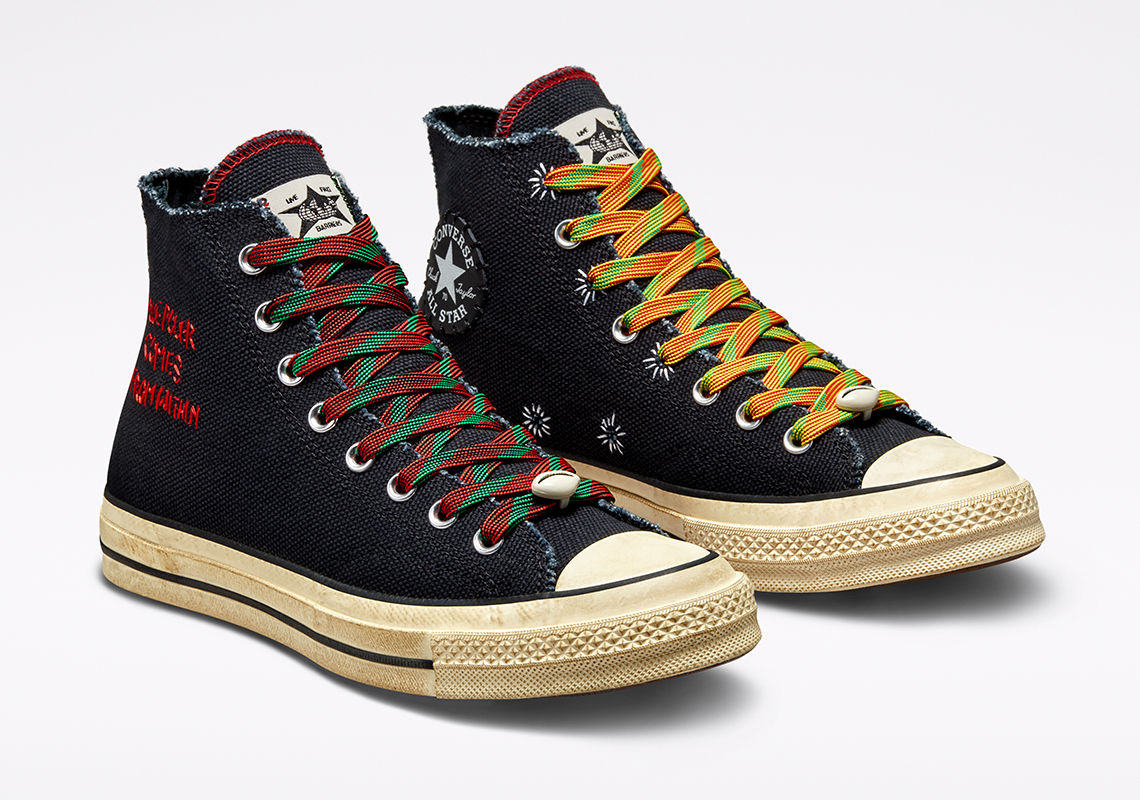 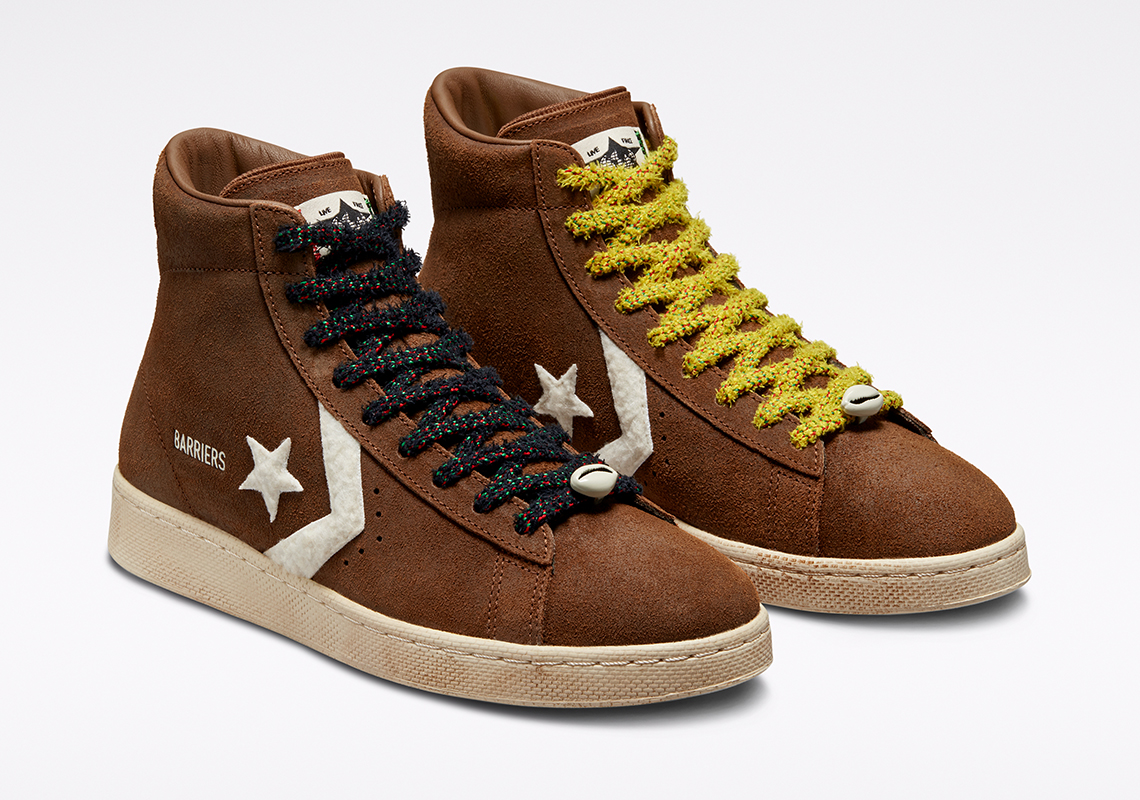 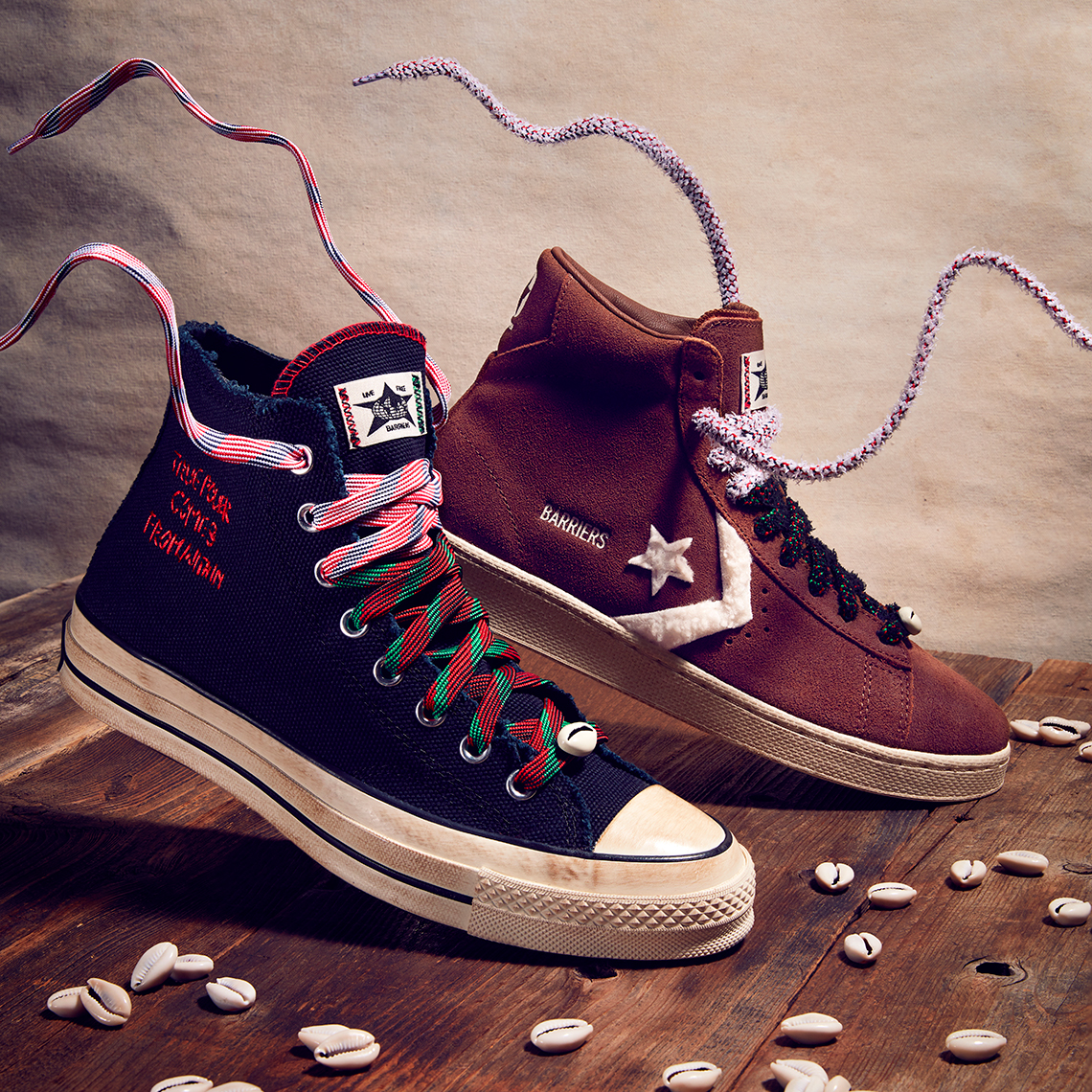 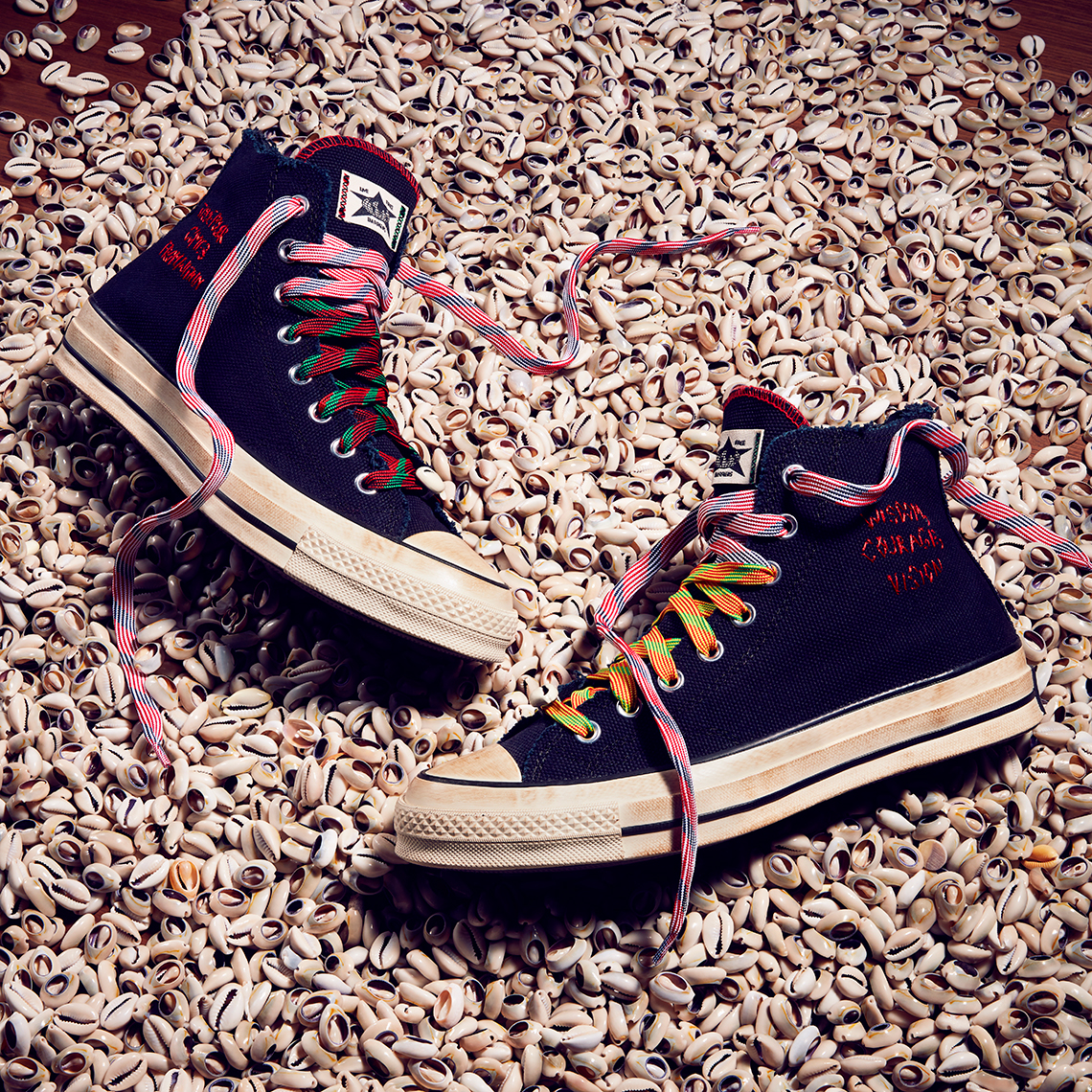 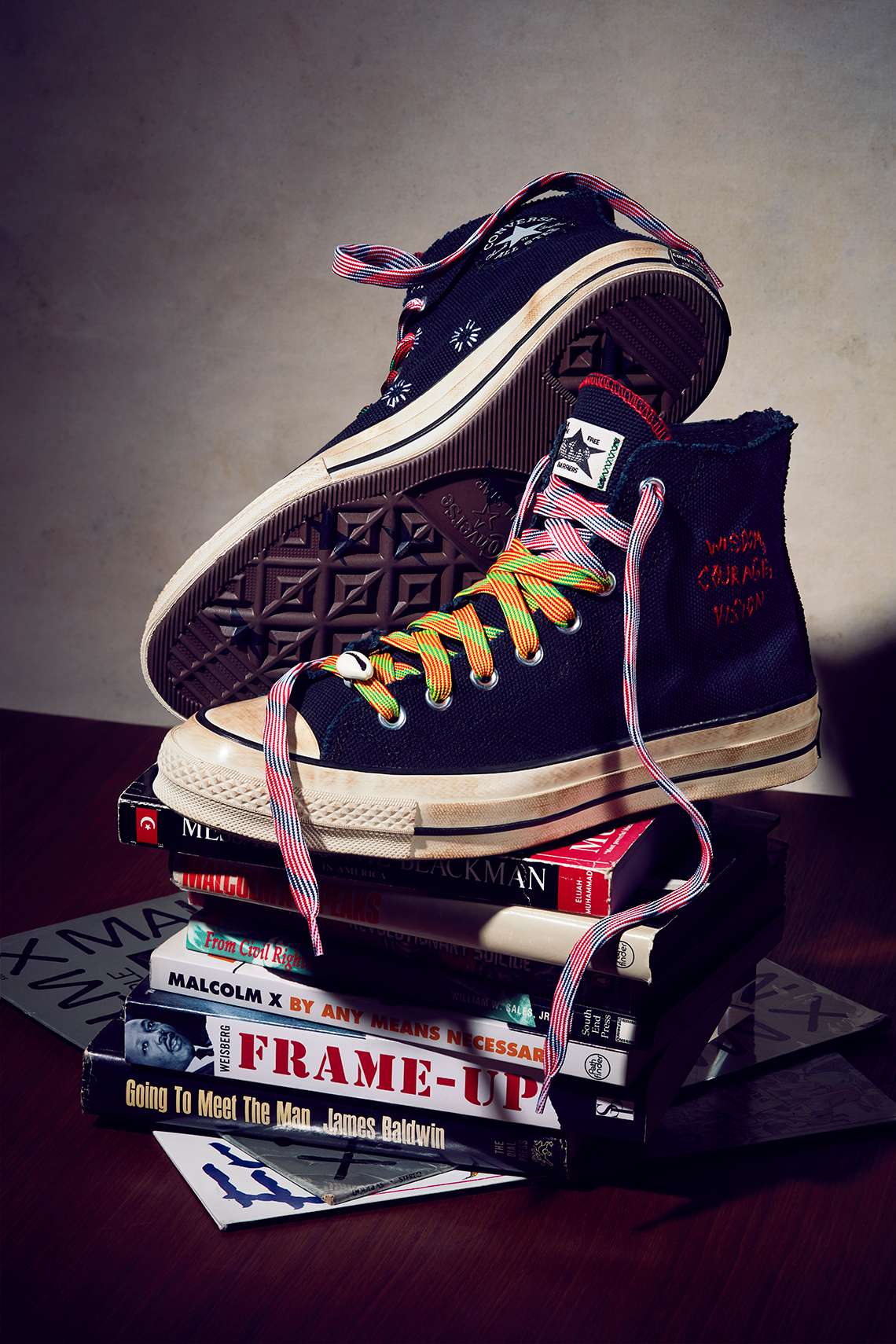 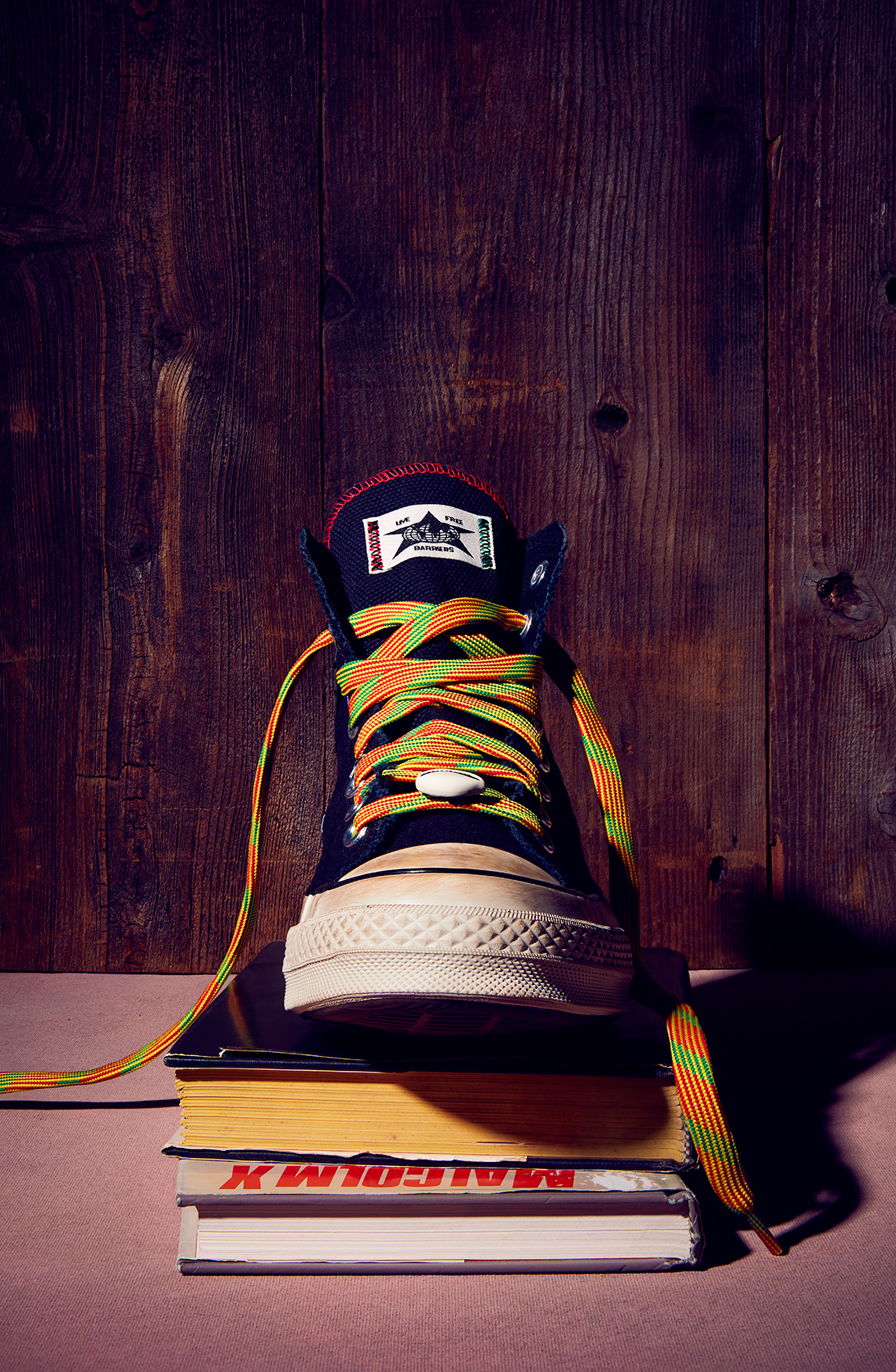 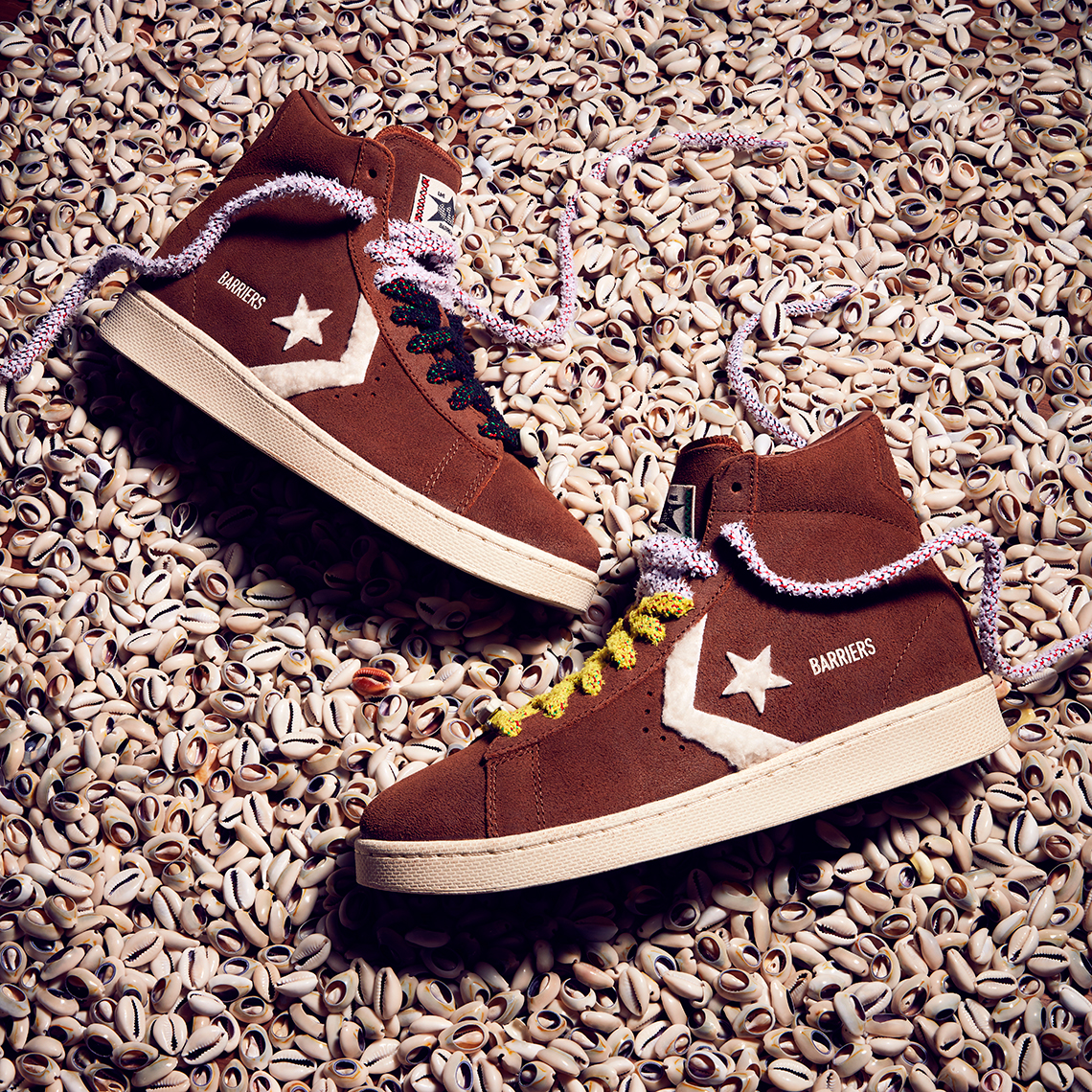 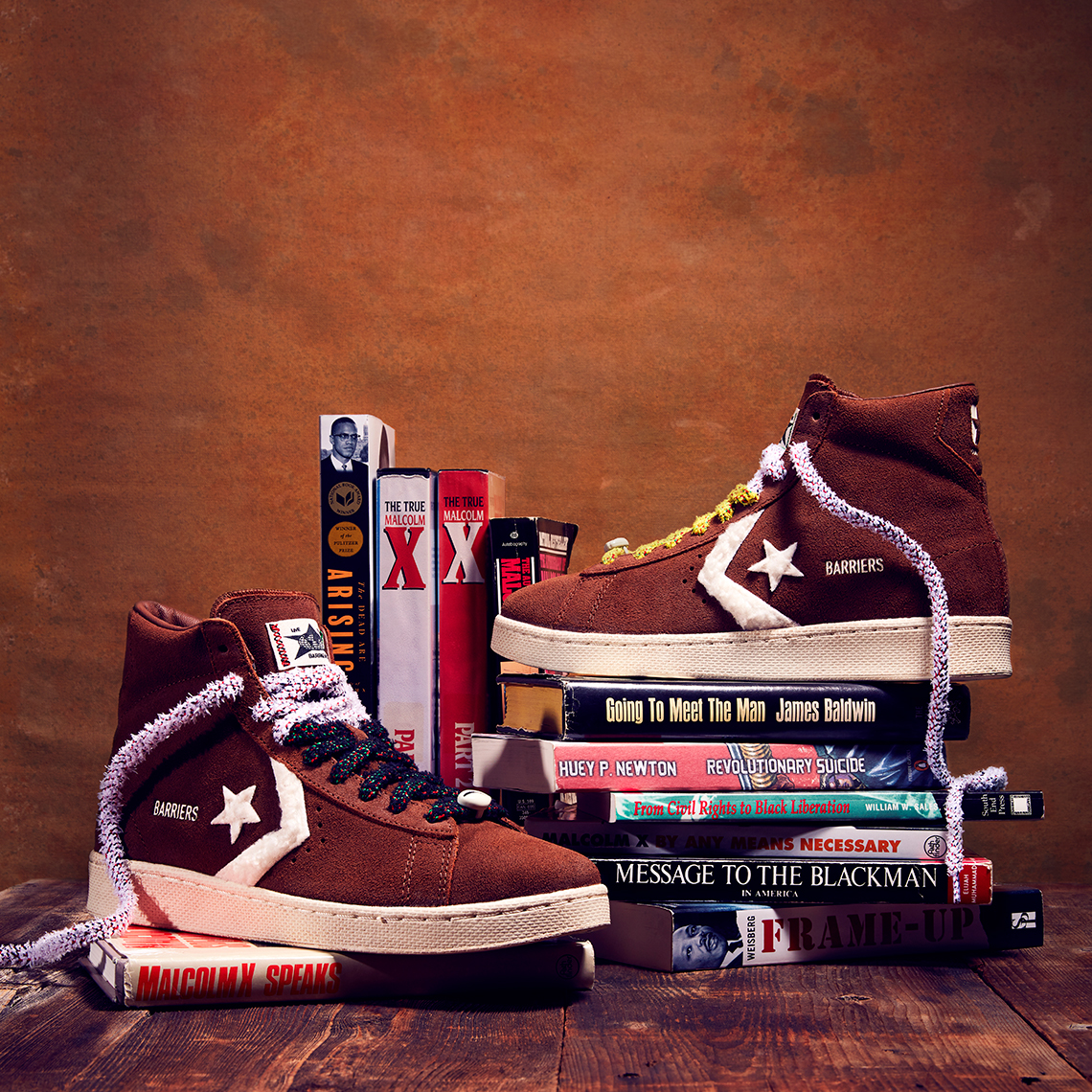 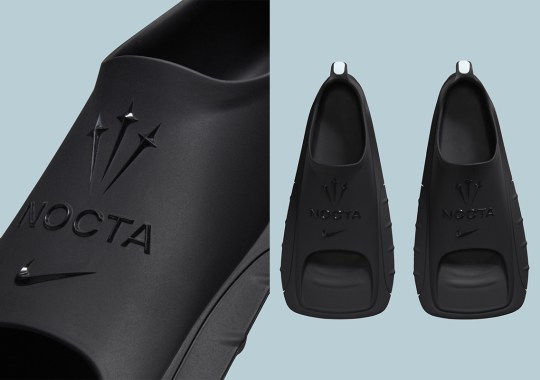