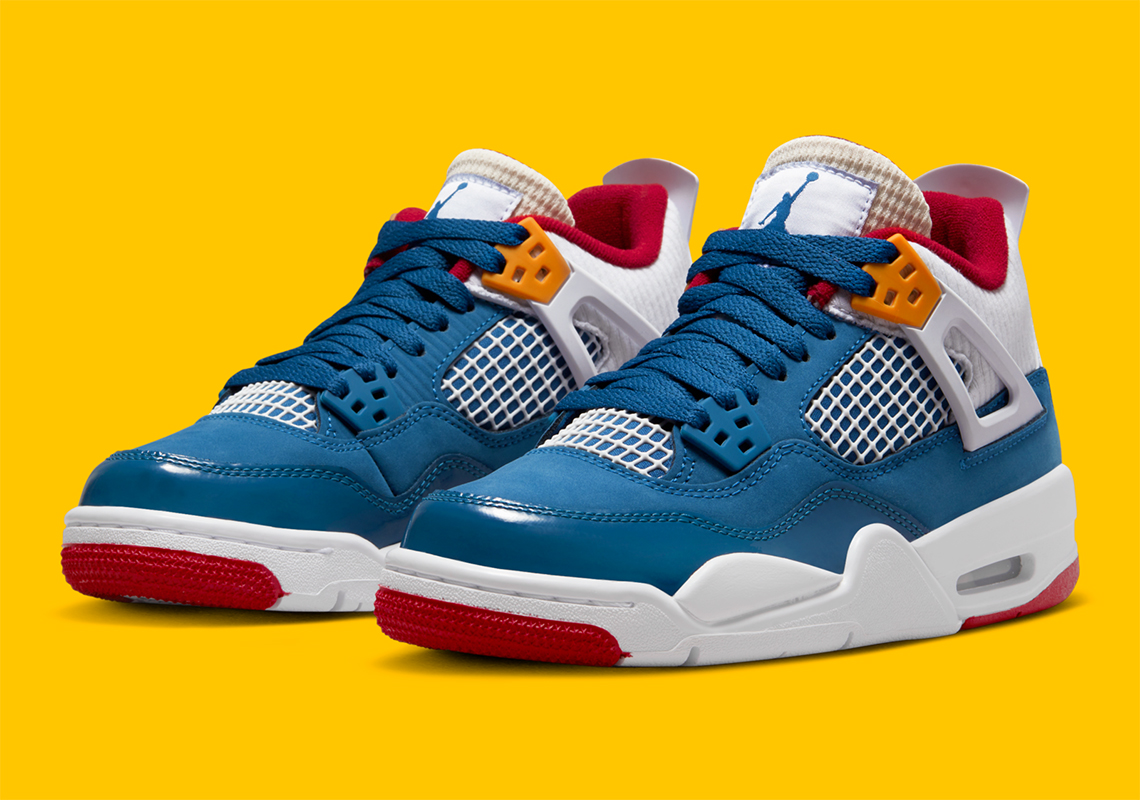 When it was announced that Chris Gibbs would be working on an Air Jordan 4, many were expecting a style reminiscent of the Union LA x Air Jordan 1. Jordan Brand, too, was apparently keen on the idea, as they’ve recently gone to the lengths of creating it themselves.

Entitled “Messy Room,” this GS-exclusive Air Jordan 4 is officially inspired by kids’ lack of organization and the disheveled state in which their rooms are often found. Similar to the above-mentioned AJ1, this colorway employs a playful, split design, with light blues comprising the brunt of the construction’s forward half. White-colored, ribbed textiles dress the collar, matching that of the netting, heel tab, and part of the support wings. The rest of the latter is cast in a dark yellow finish, seemingly substituting for the “UN/LA” tag; the tongue is similarly familiar, as it echoes Union’s spliced motif. Finally, the lining and outsole feature pops of red, the insole opts for bright, alternating hues, and the backside of the tongue displays “AIR JORDAN” in youthful multi-color.

For a closer look at the Air Jordan 4 “Messy Room,” see below. These are currently expected to release this November, likely doing so via Nike SNKRS as well as select retailers.

In other news, official images of the Air Jordan 11 Cherry surfaced last week. 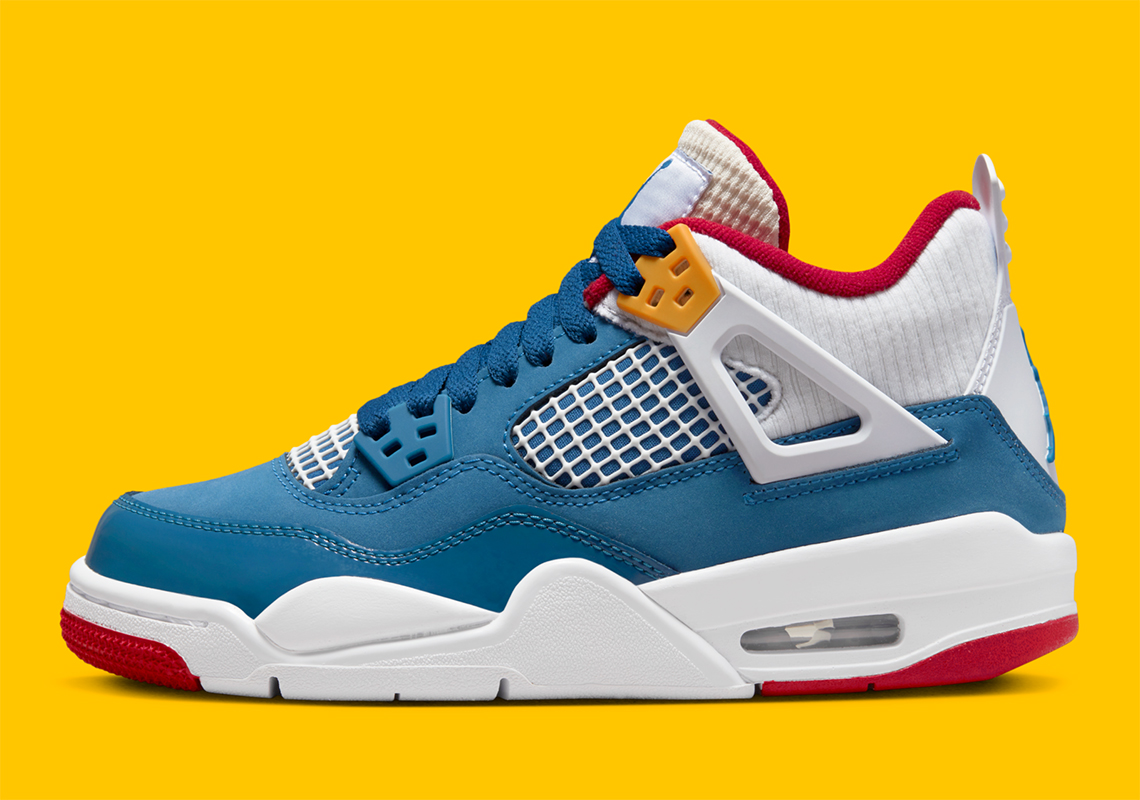 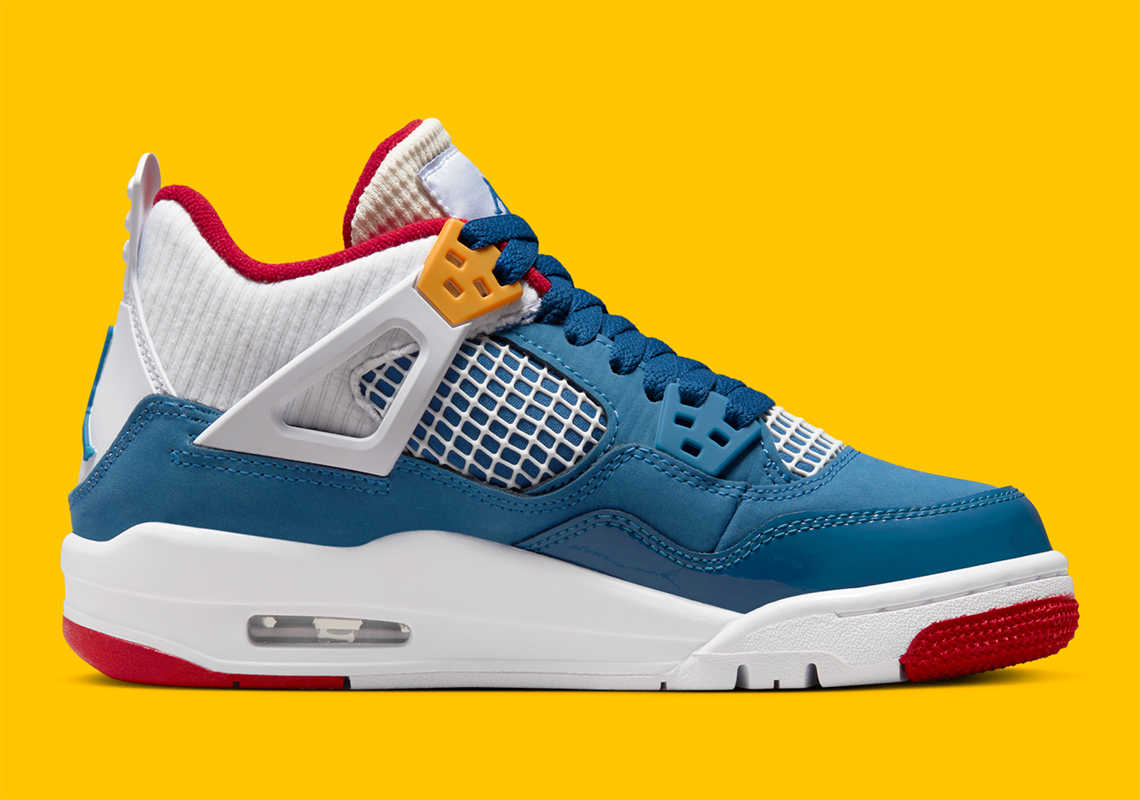 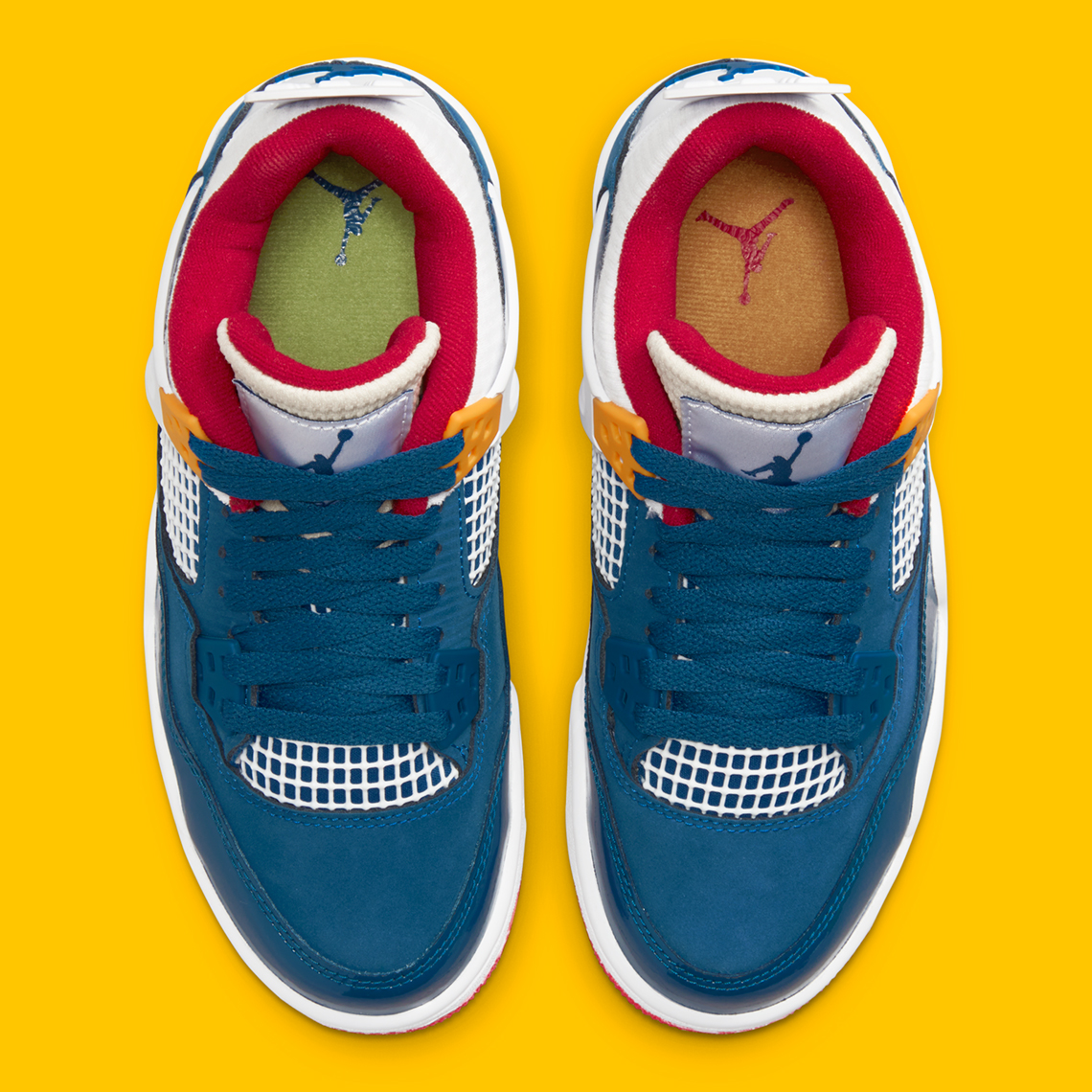 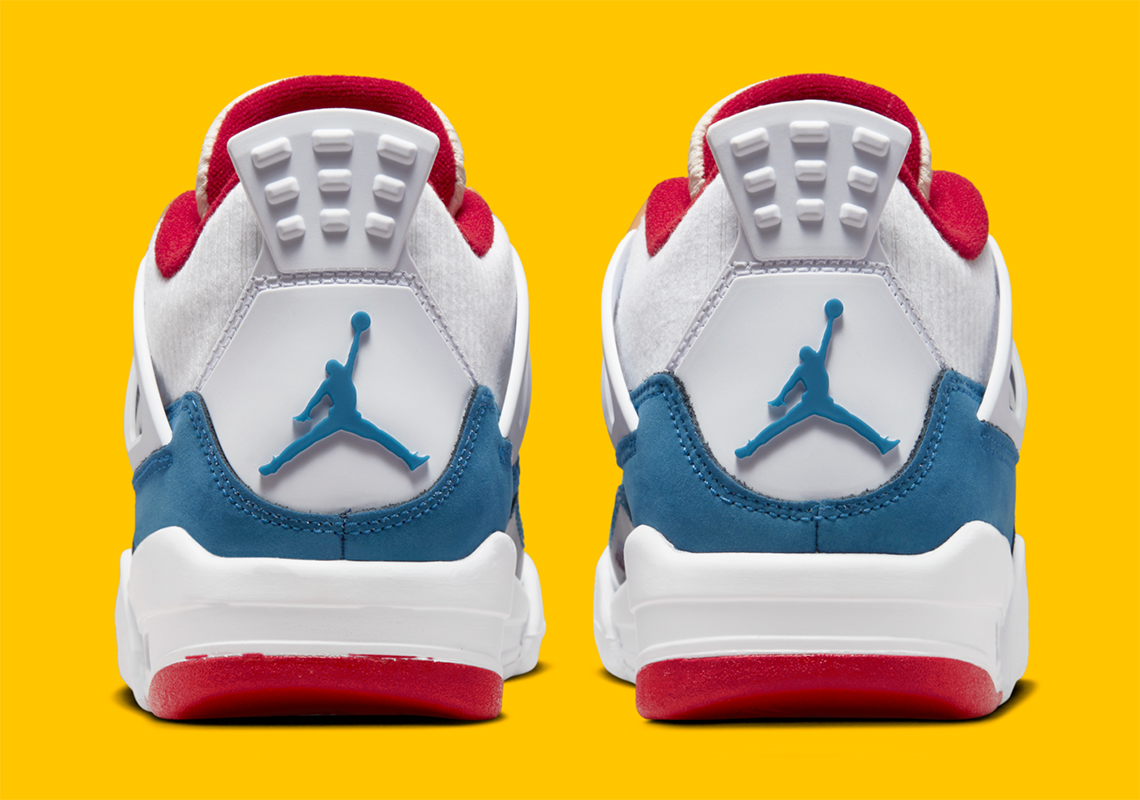 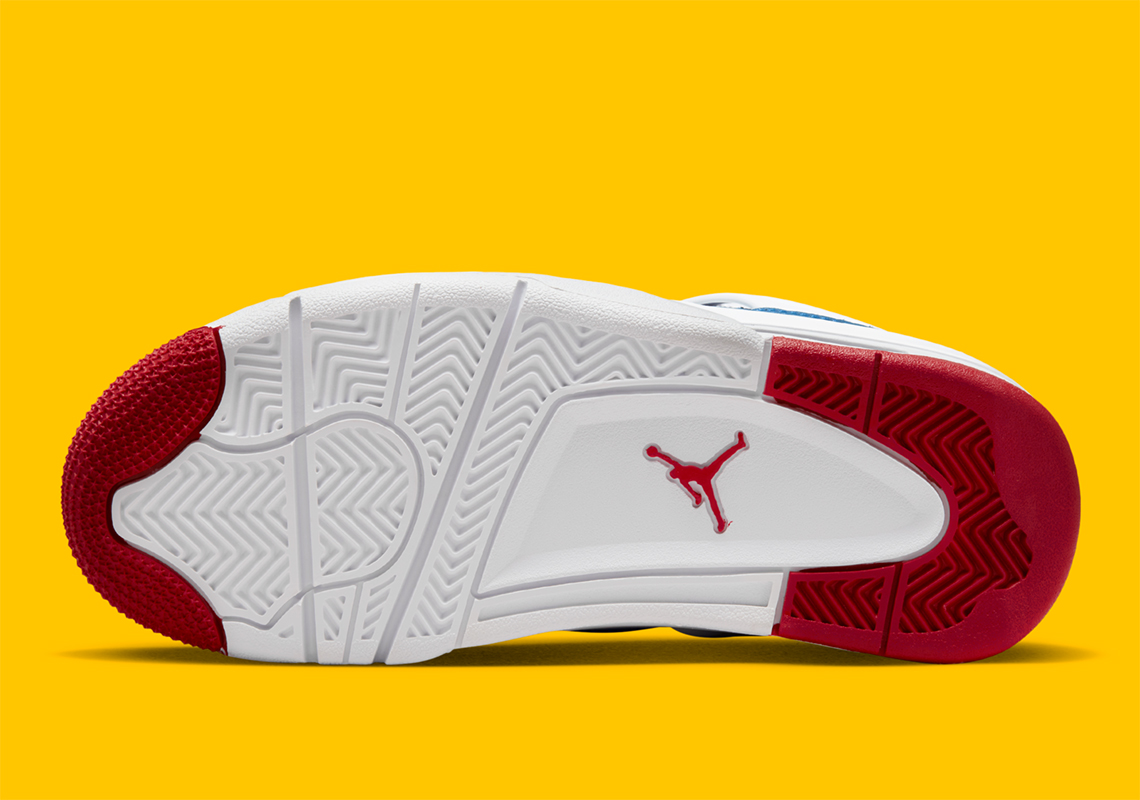 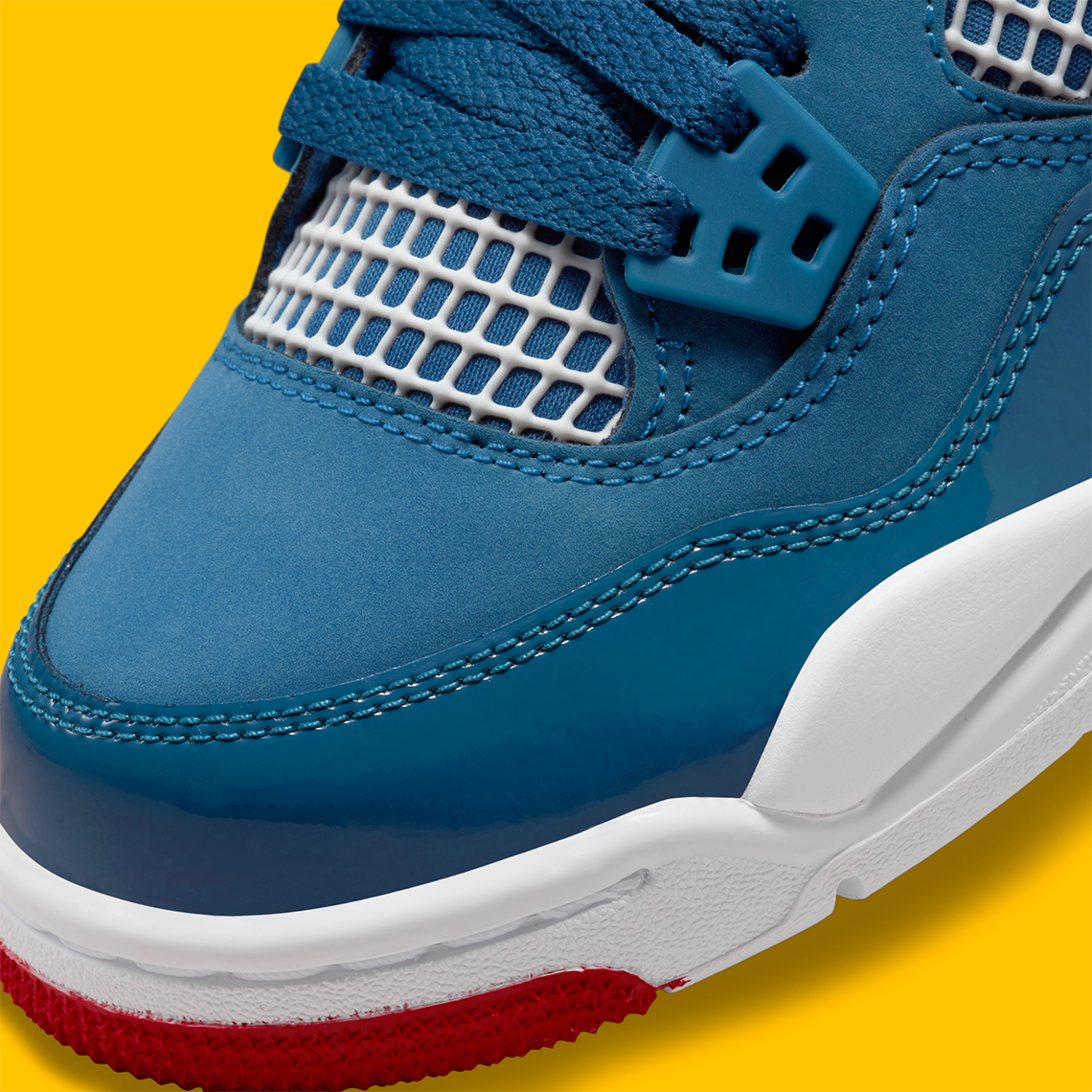 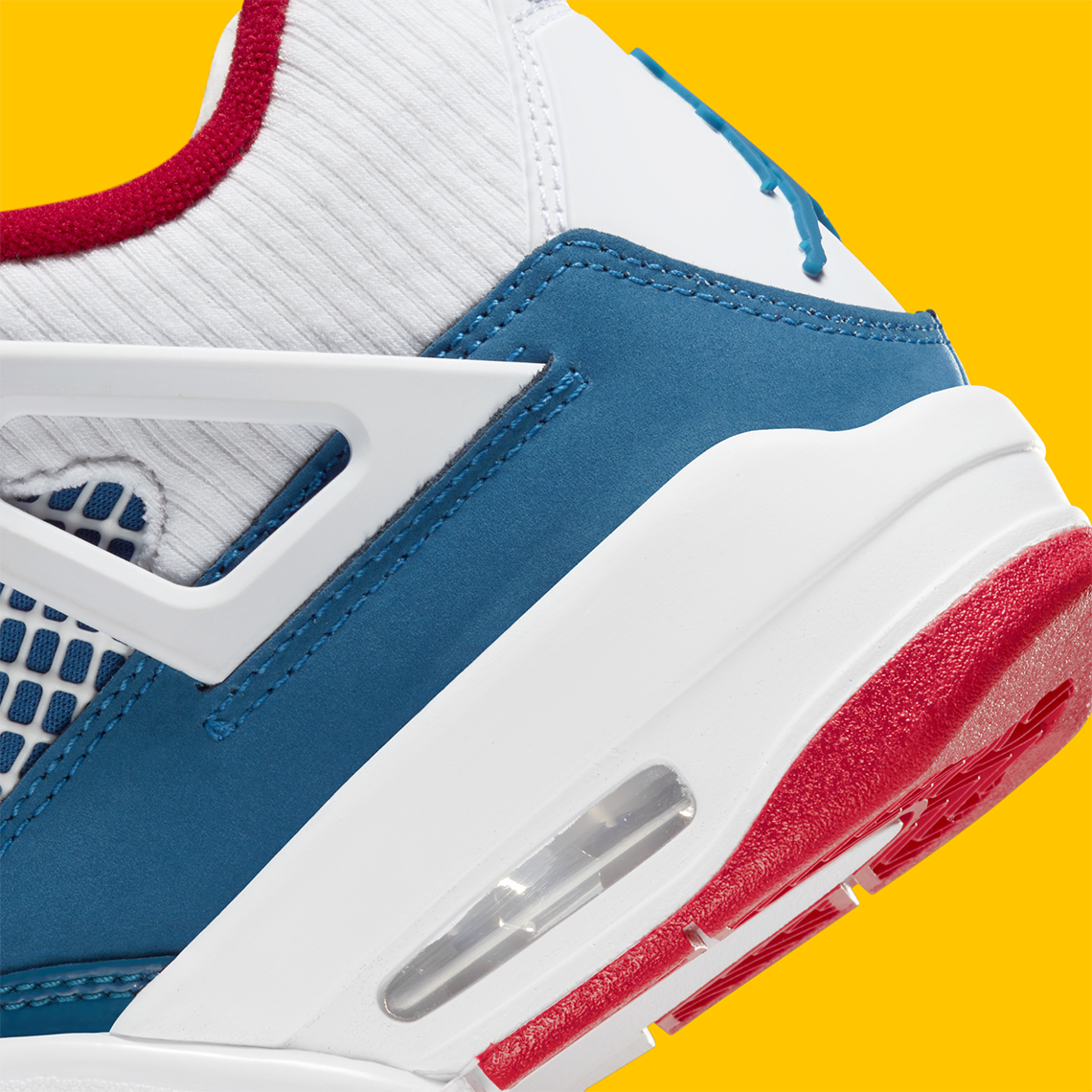 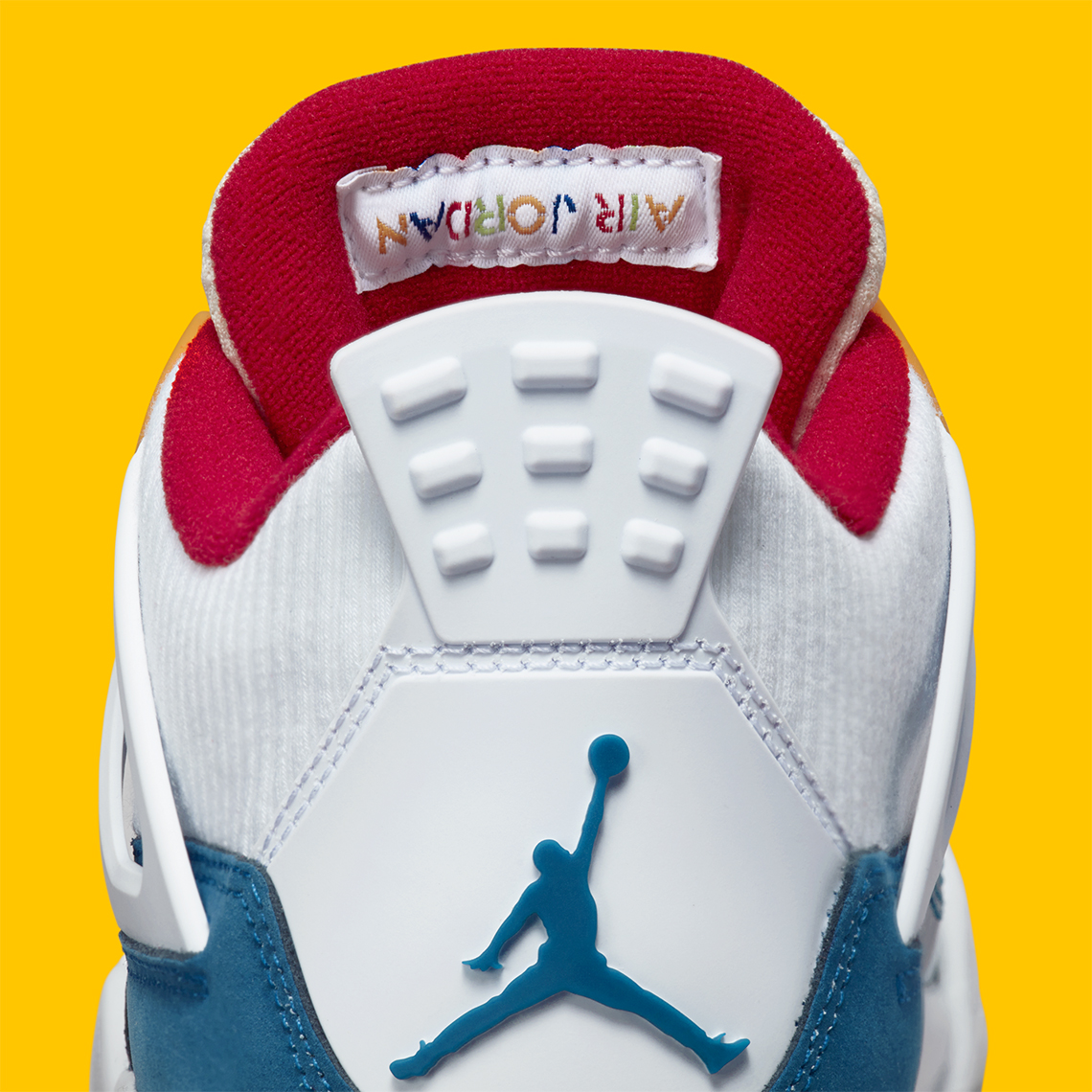