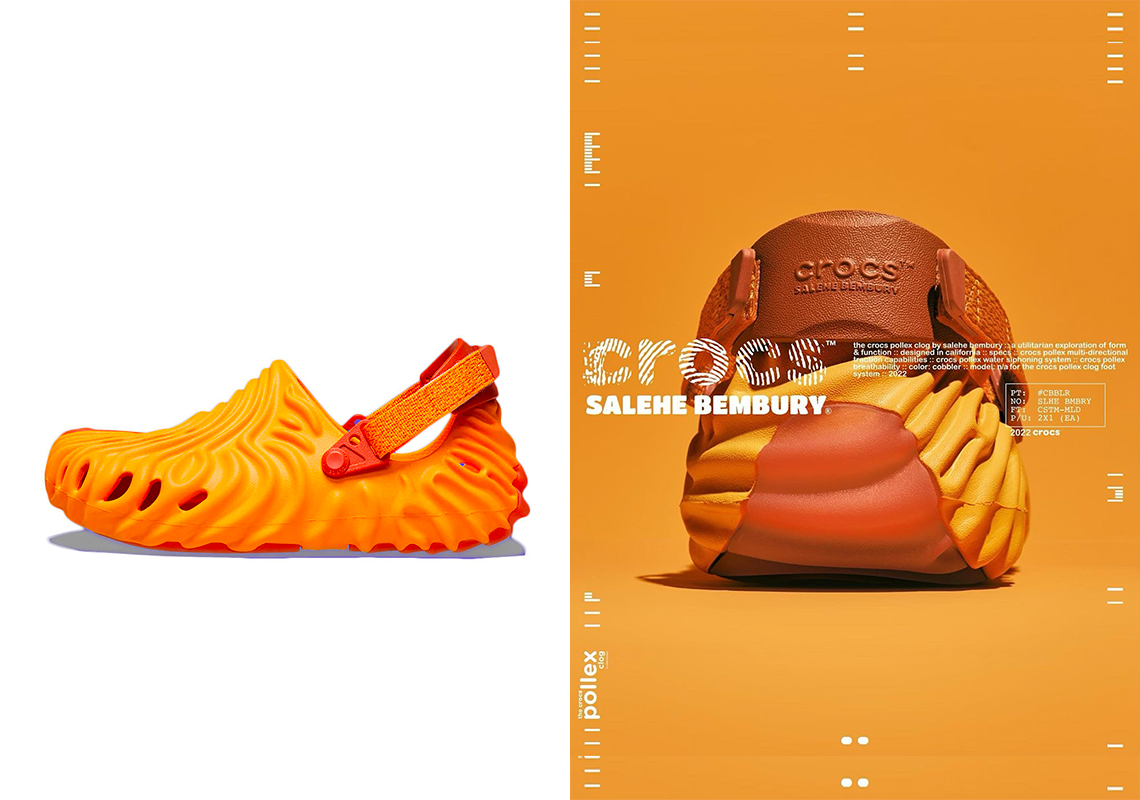 “Salehe Bembury” has become a household name within the world of footwear over the last two years. His Crocs Pollex Clog, which is scheduled to release in a new “Cobbler” colorway on August 18th, has played a pivotal role in the New York-native’s ubiquity, but isn’t the only design that’s helped the designer captivate consumers.

Unveiled ahead of summer, the peach-reminiscent colorway falls in line with Bembury’s first New Balance 2002R, a pair inspired by Antelope Canyon, given its varying shades of orange. As with other iterations of Salehe Bembury Crocs, the upcoming pair features the Los Angeles-resident’s fingerprint pattern across the entire upper and sole unit, with the former also appearing on an upcoming Vault by Vans collaboration. Lockdown straps at the heel and semi-translucent reinforcement at high-wear zones underfoot opt for the darkest shades of the peach cobbler-inspired style, helping create an ensemble that’s sure to catch attention whether seen on a dusty trail or on the subway.

Enjoy official campaign imagery of the pair ahead, and anticipate a launch via beaspunge.com on Thursday, August 18th, followed by a global raffle on August 23rd.

UPDATE 8/18/2022:
The Crocs Pollex Clog “Cobbler” is slated to release at 12am ET via beaspunge.com. To ensure you don’t miss out, make sure to sign up to their mailing list for the password to the drop.

UPDATE 8/23/2022:
The raffle for the Crocs Pollex Clog “Cobbler” is set to go live via Crocs.com at 12pm ET; winners will be announced the following day. 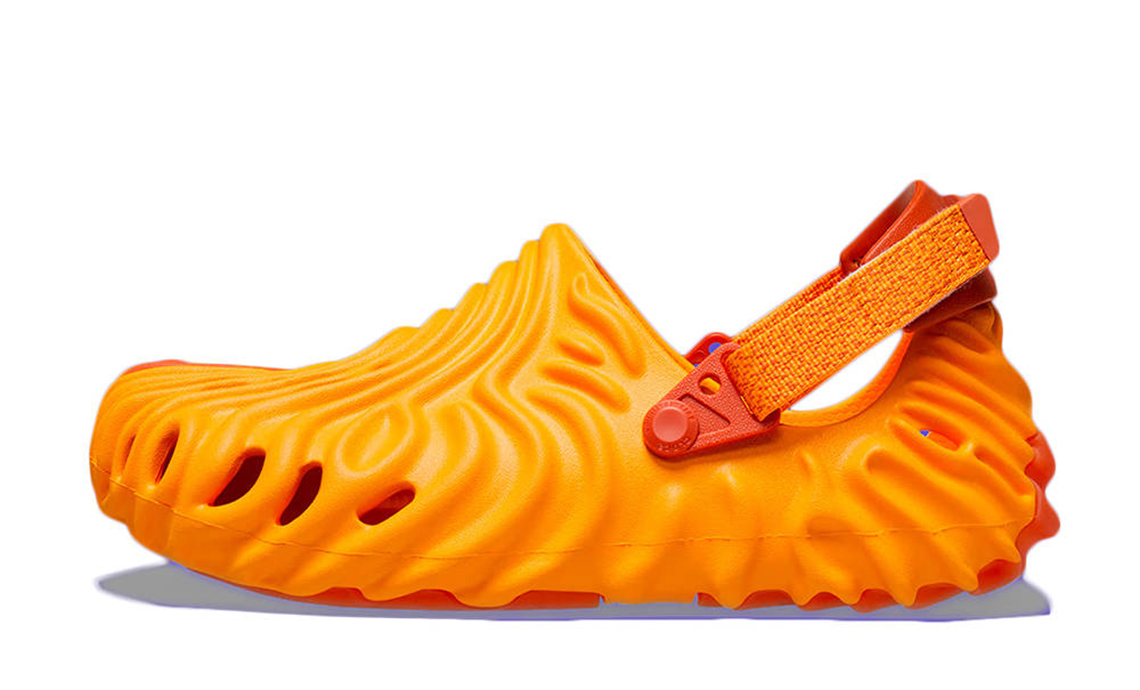 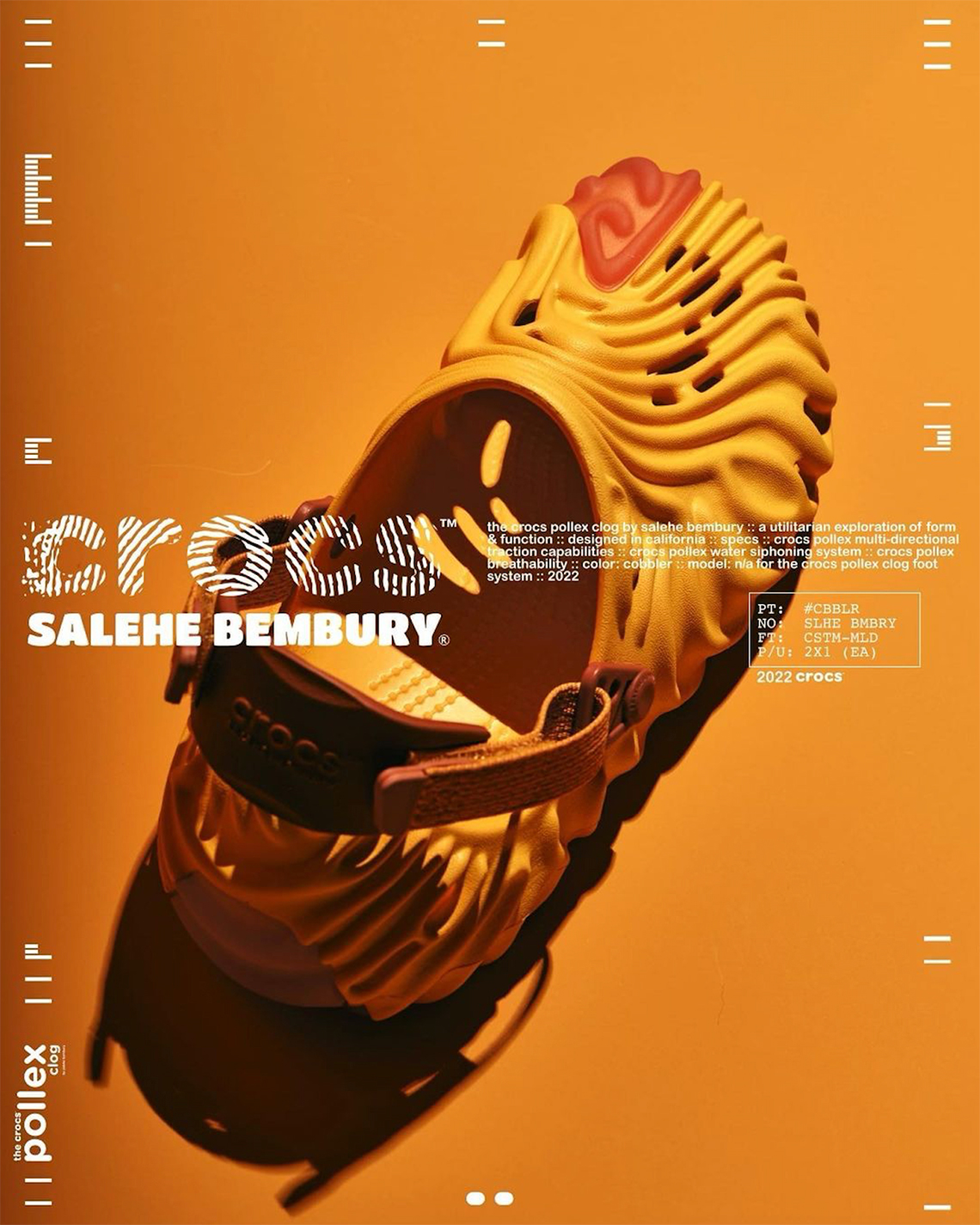 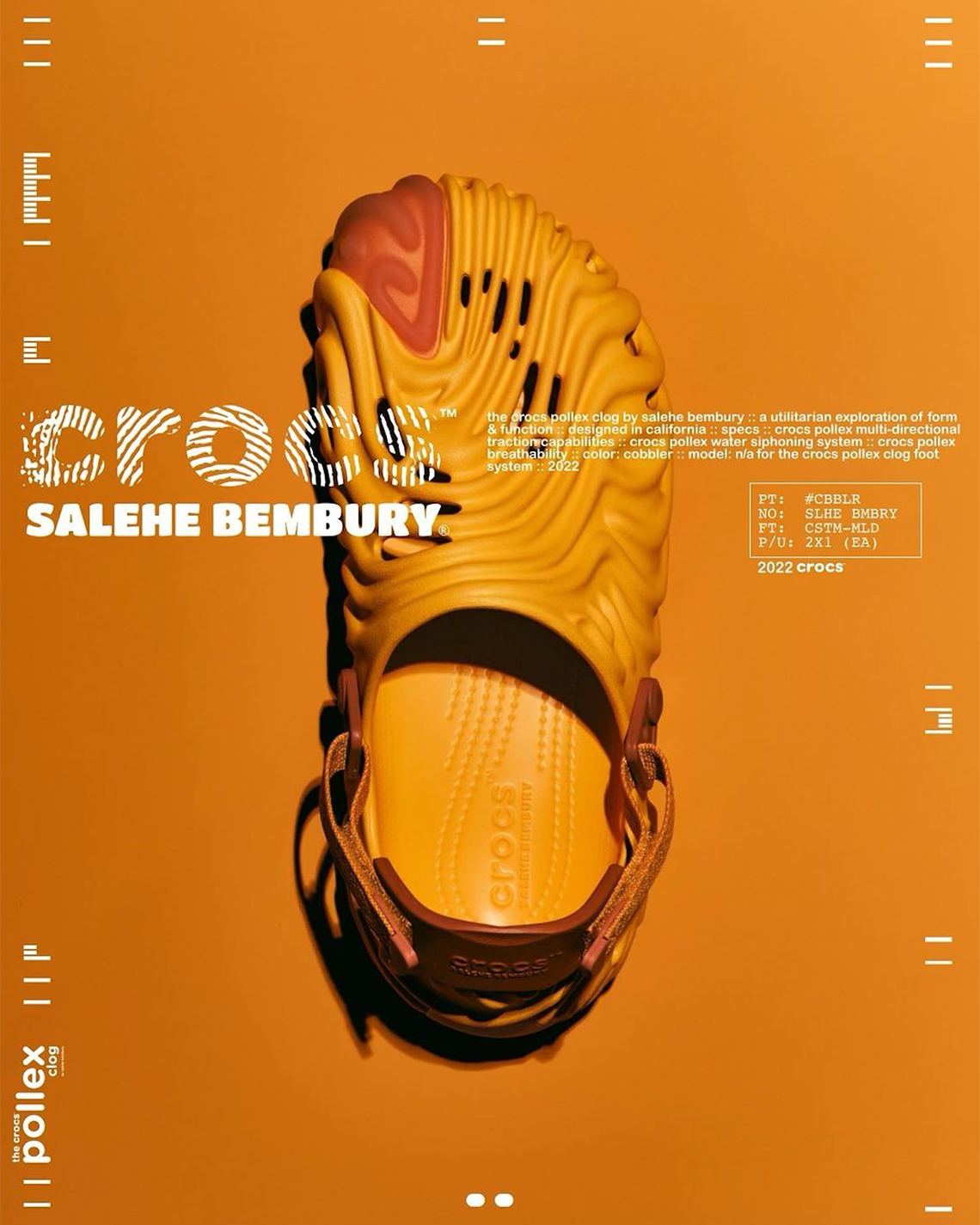 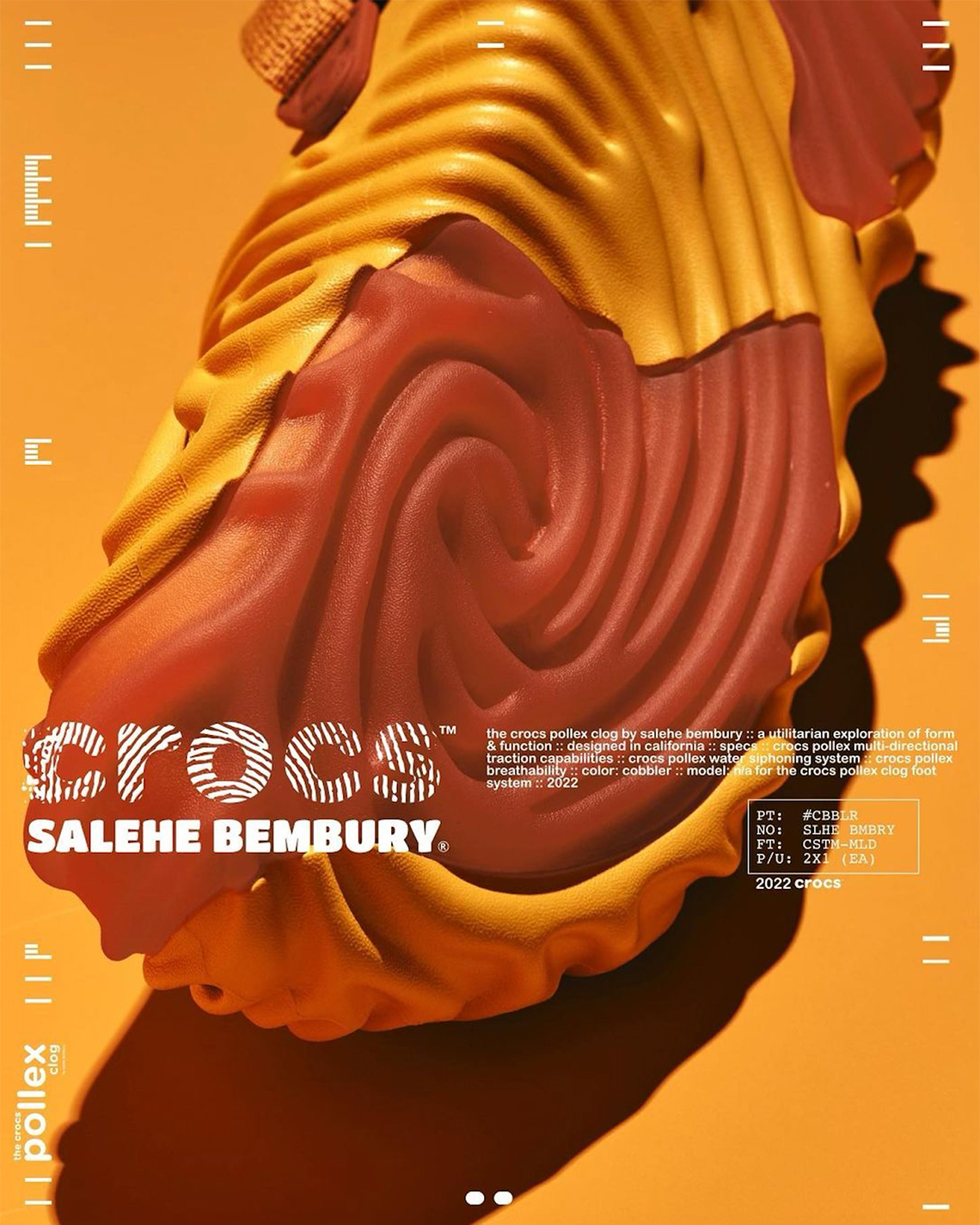 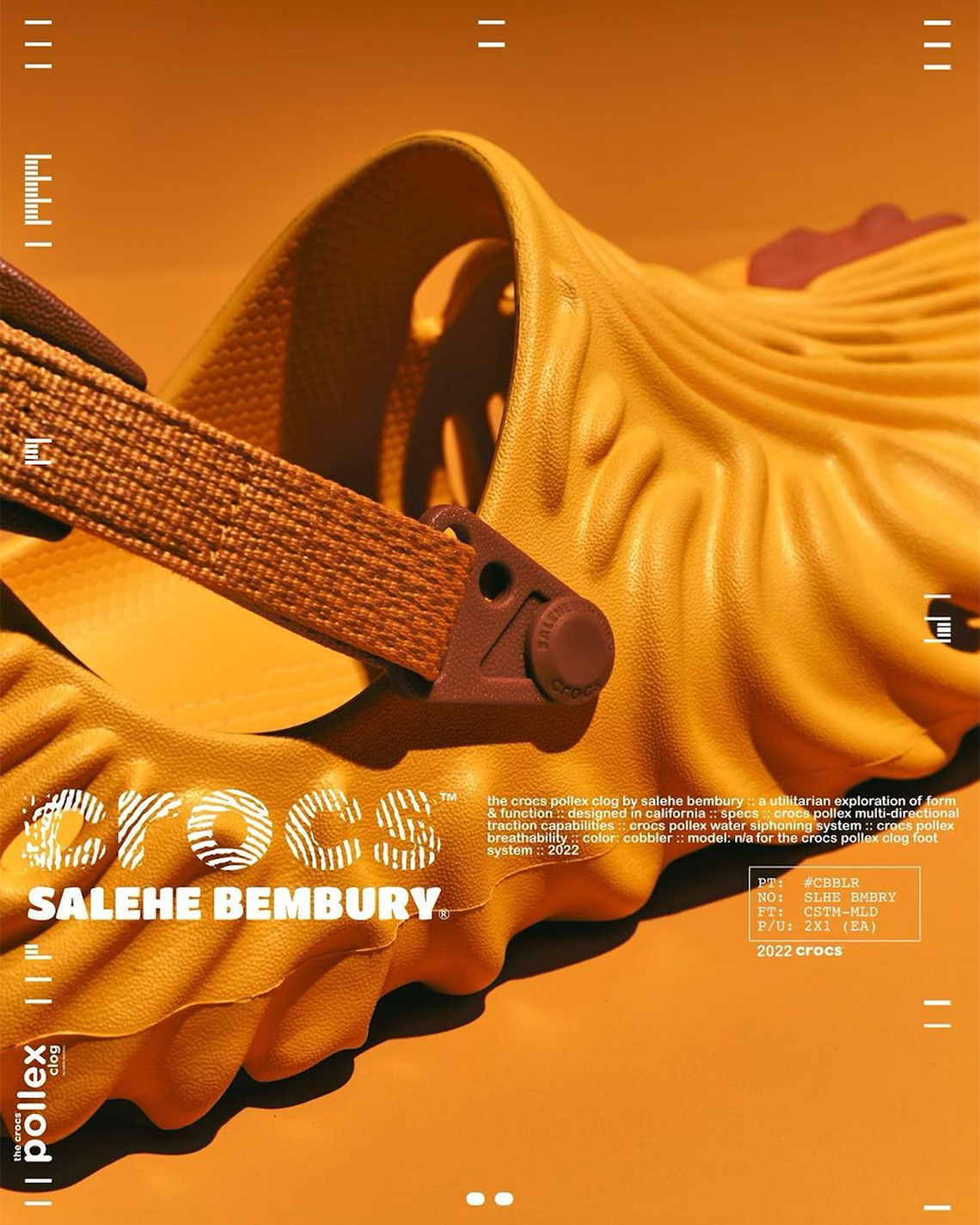 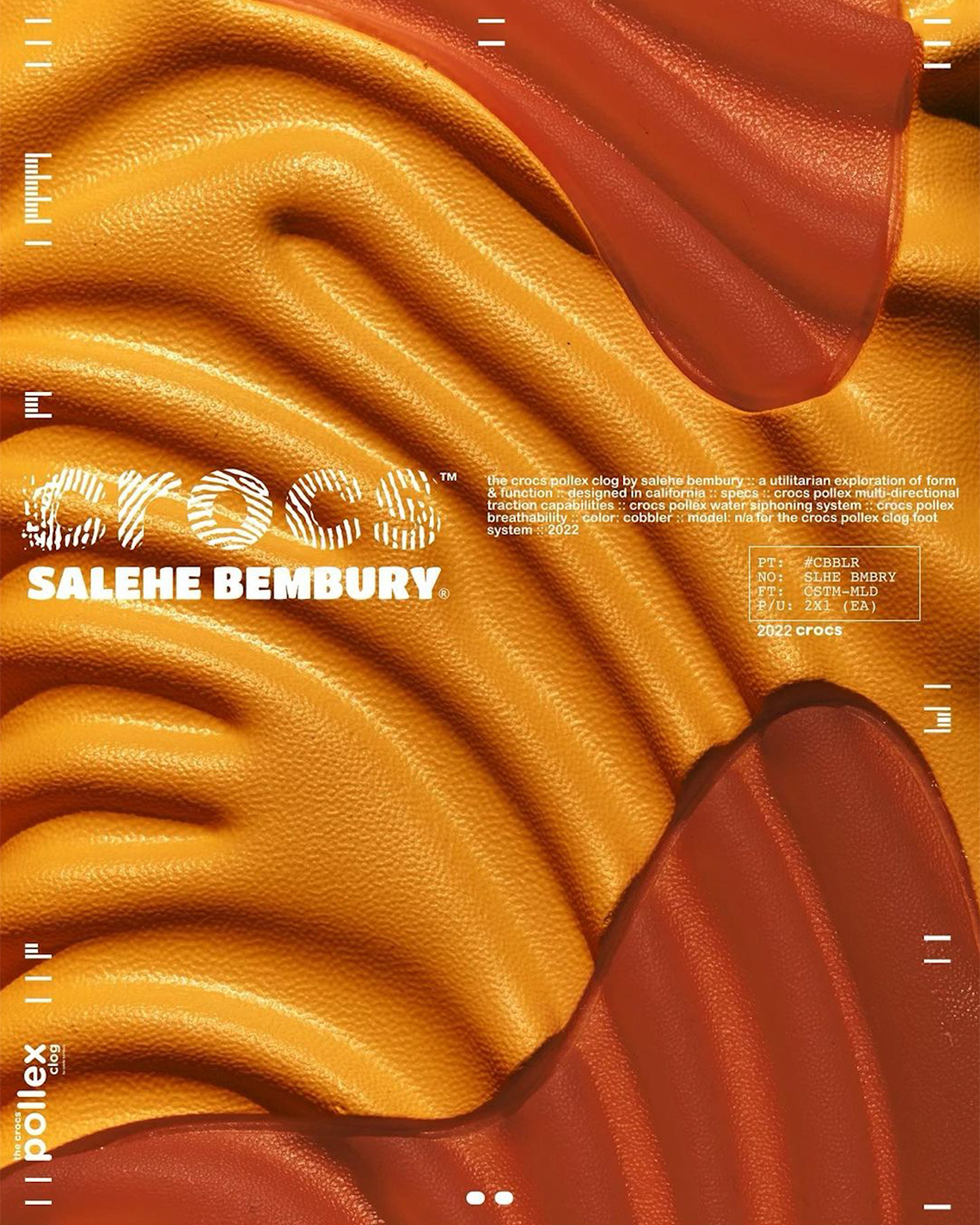 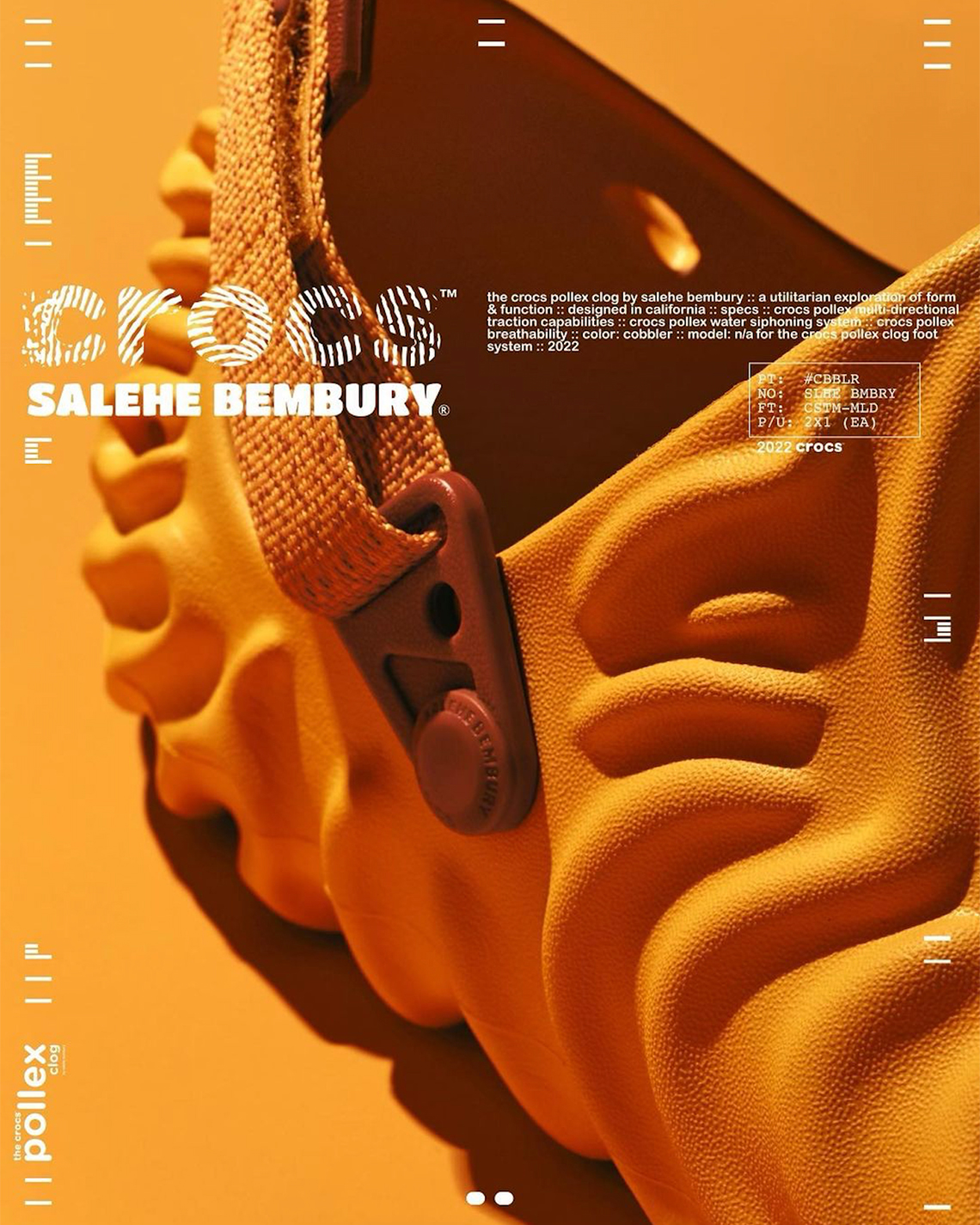 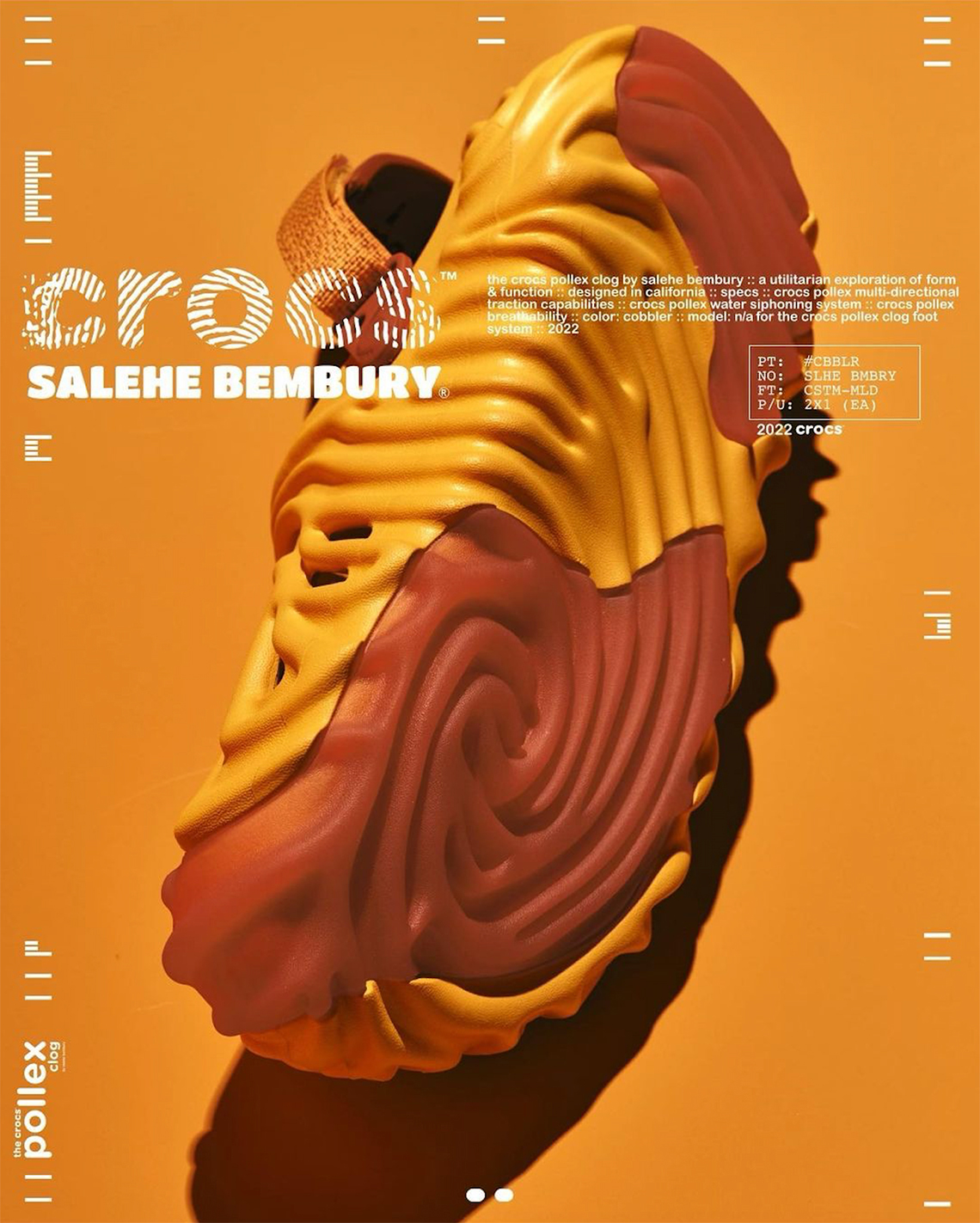 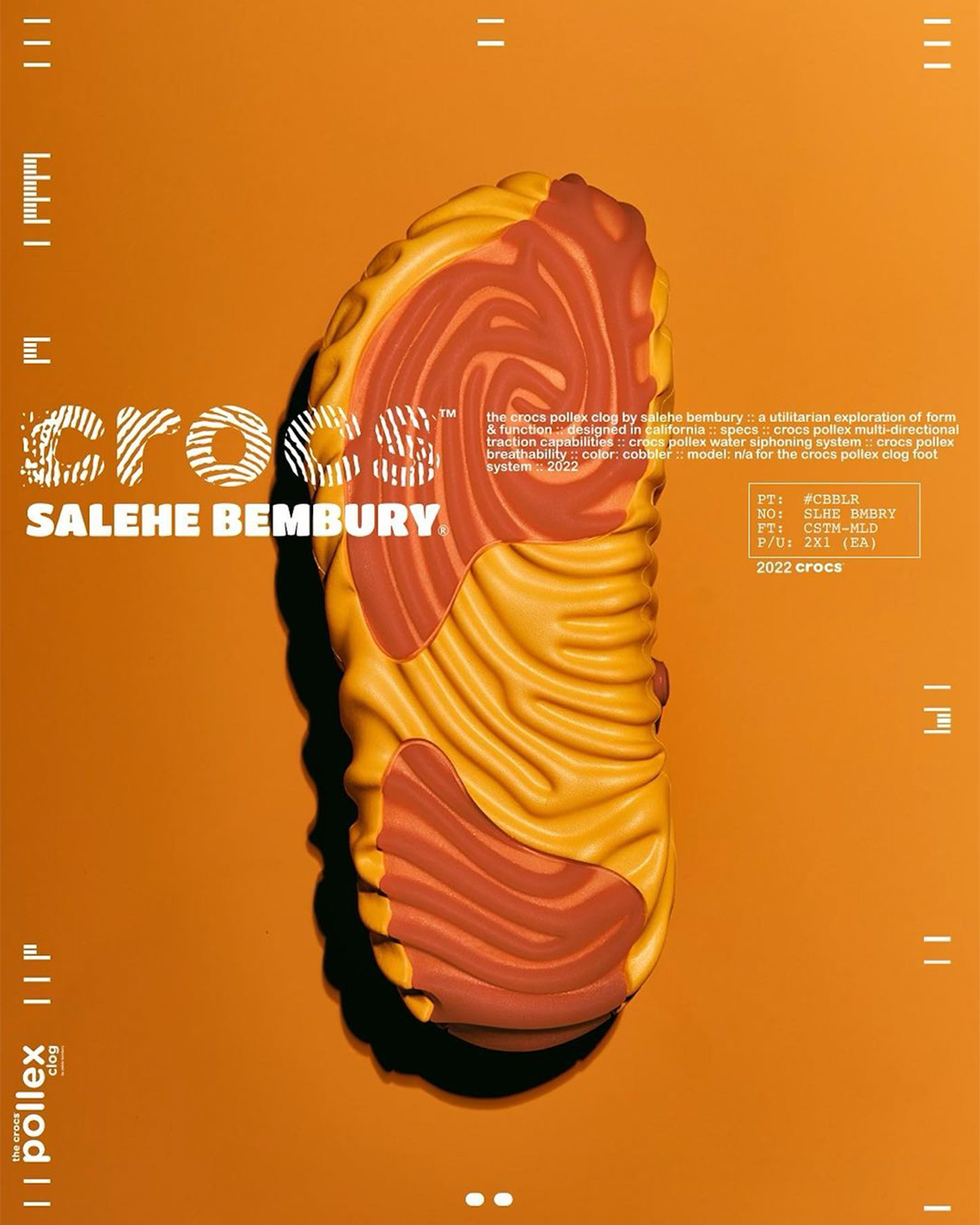