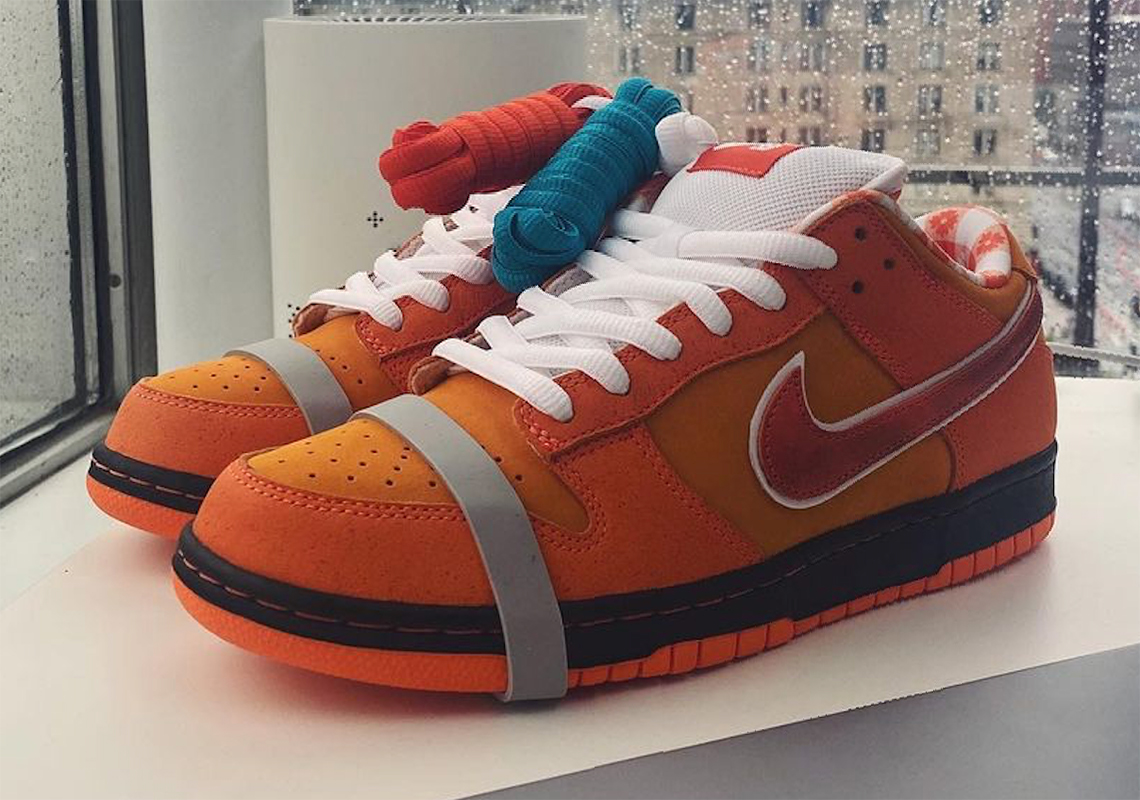 Up until its death around the early 2010s, the Nike SB Dunk Low tapped many a legendary collaborator. And upon the silhouette’s return just a few years ago, the Swoosh teamed back up with many of these names — Concepts, of course, included. Now, following four whole years after said crustacean-inspired reunion, the boutique as back at it again, this time dressing up their Lobster Dunks in a vibrant orange colorway.

Through the years, Concepts has kept the design of the Lobster Dunk largely the same, only swapping out its core colors. Here, warm tones are used throughout the upper, dressing the outsole, suede base, and the textured overlays reminiscent of the delicacy’s shell. Adjacent, white laces meet matching fat tongues, midsoles are clad in a blacked out finished, and the lining opts for a plaid pattern akin to a picnic blanket.

Complemented with additional laces and the signature rubber band, the Concepts x Nike SB Dunk Low “Orange Lobster” can be viewed in-hand below. At the time of writing this, no release date has been announced.

In other news, early images of the Travis Scott Air Jordan 1 Low Black Phantom have surfaced.

UPDATE 8/22/2022:
A first official look at the Concepts x Nike SB Dunk Low “Lobster” is revealed via @schmannnnn. This latest image features a grey band around the toe. Multiple colors of rubber bands, including black, potentially part of the package.