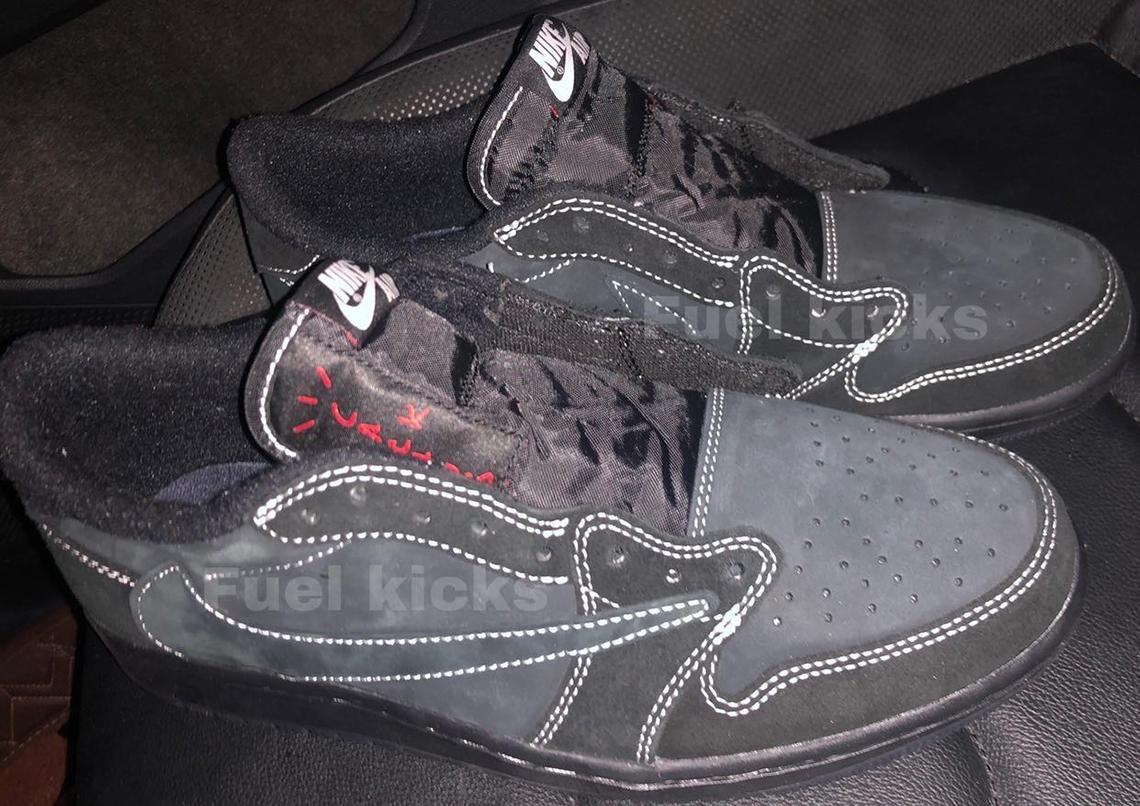 Back in July, it was leaked that Travis Scott would be working on another iteration of the Air Jordan 1 Low, one clad in both “Black” as well as “Phantom.” And after much anticipation — and numerous mock-ups — actual images of the collaborative offering have finally surfaced, revealing what is, in effect, a “Triple Black” colorway.

Fans of La Flame and his collaborative footwear are in for a slight surprise, as the artist is moving away from the color blocking we’re most accustomed to. And whereas prior renditions of the Travis Scott x Air Jordan 1 Low (not counting its team-up with fragment) leaned heavily on “Mocha” tones, this pair opts for a palette comprised almost entirely out of black. The neutral is used comprehensively throughout the construction, dressing an upper built mainly with nubuck paneling; the stitching, Cactus Jack logos, and Wings embroidery are then highlighted in the much brighter “Phantom.”

For a quick but close-up look at the latest Travis Scott collab, see below. These are currently slated to release on December 15th via Nike SNKRS and the Travis Scott Webstore.

In other news, the Air Jordan 11 Cherry is releasing around the same time.

The actual shoe is pictured in the zoomed-in angle; the comprehensive shot is a mock-up that showcases what to expect. 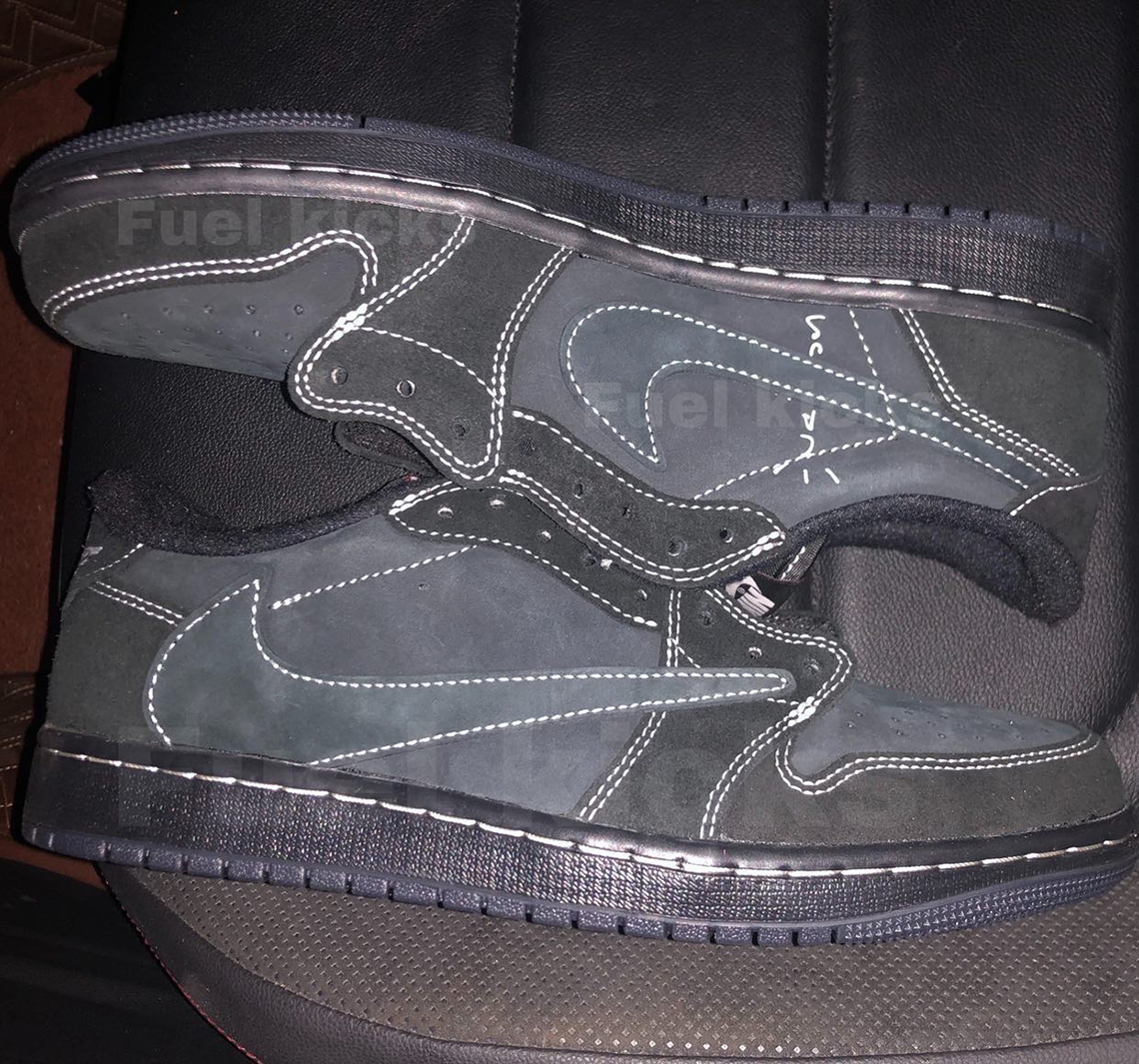 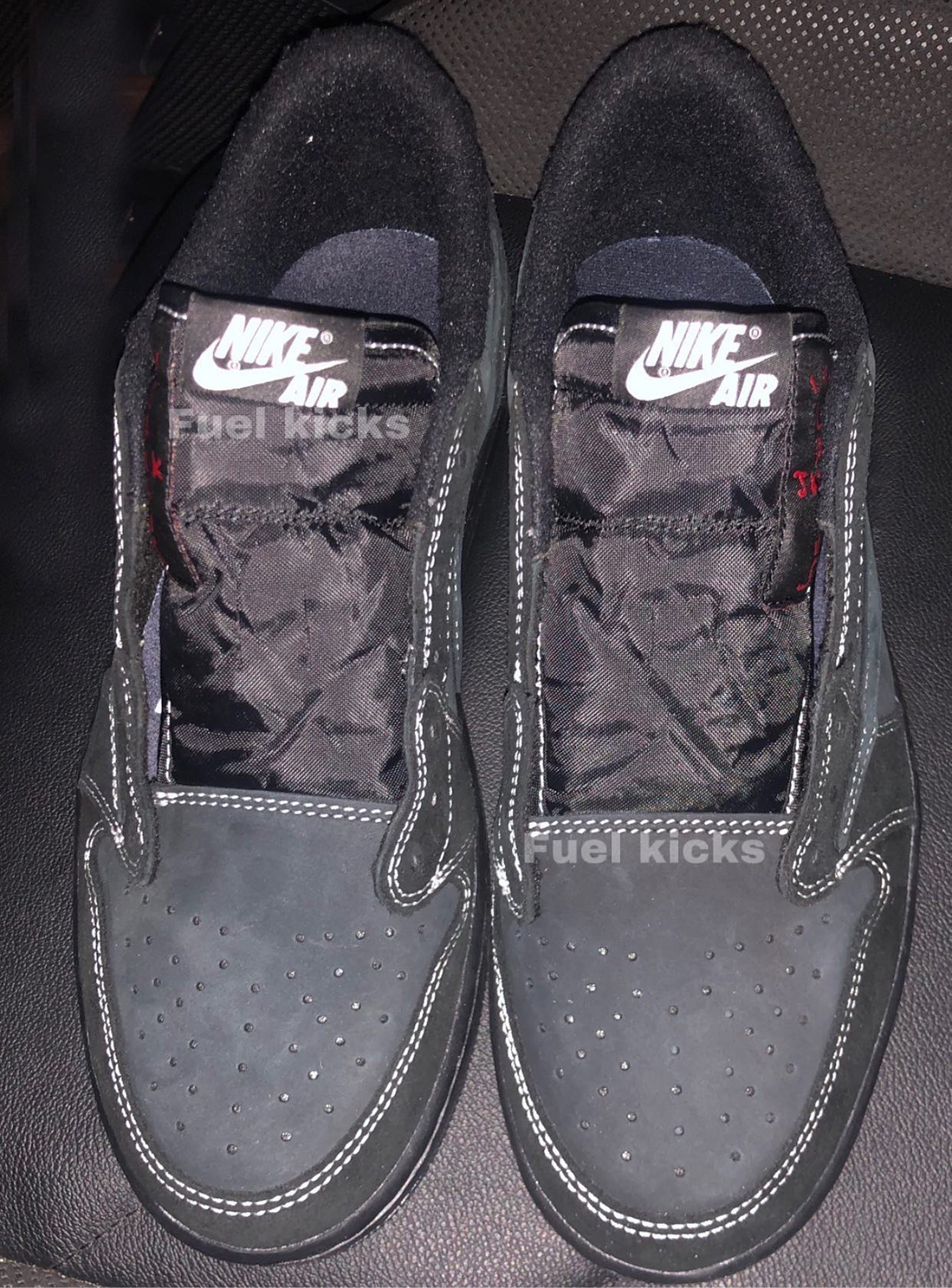 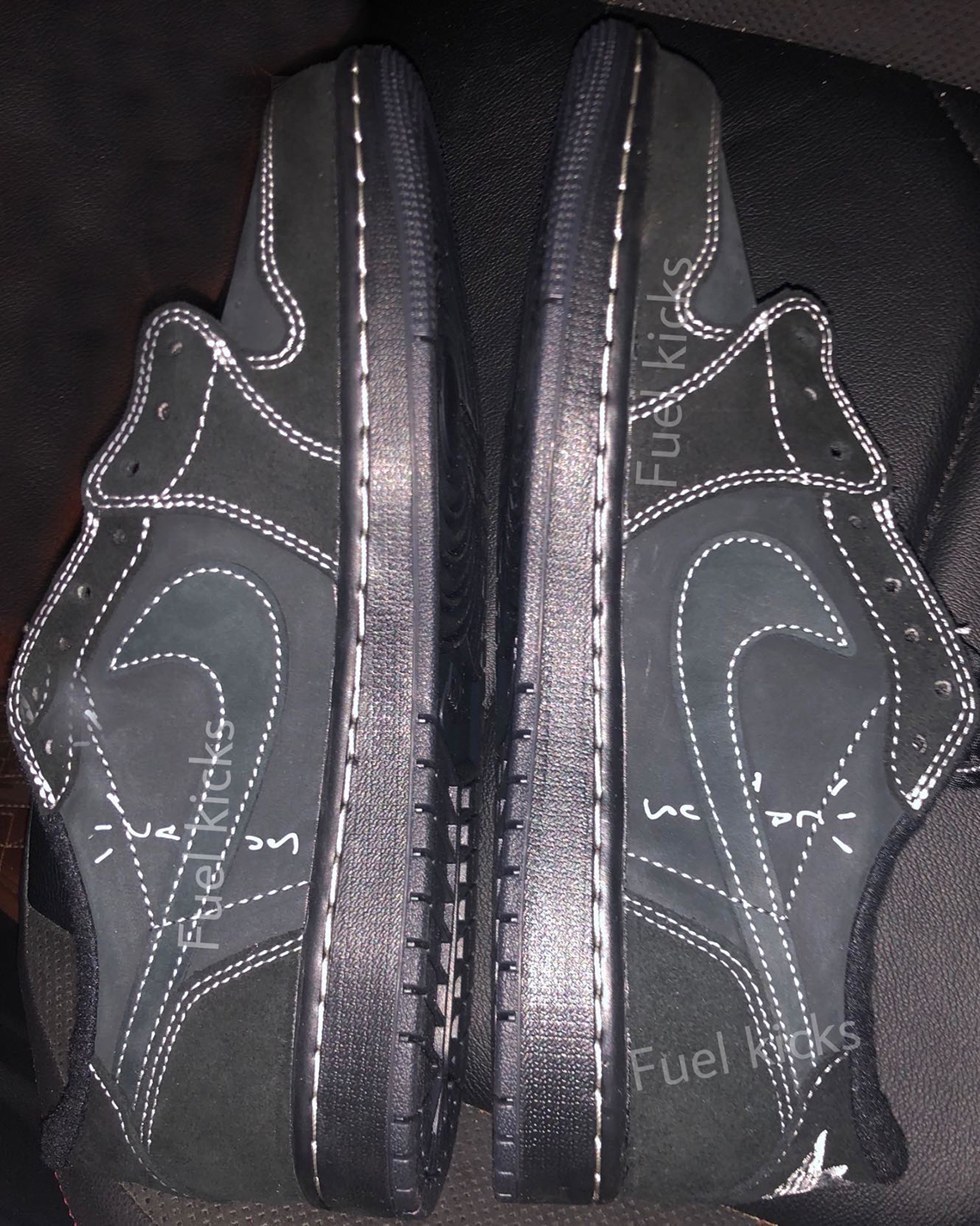 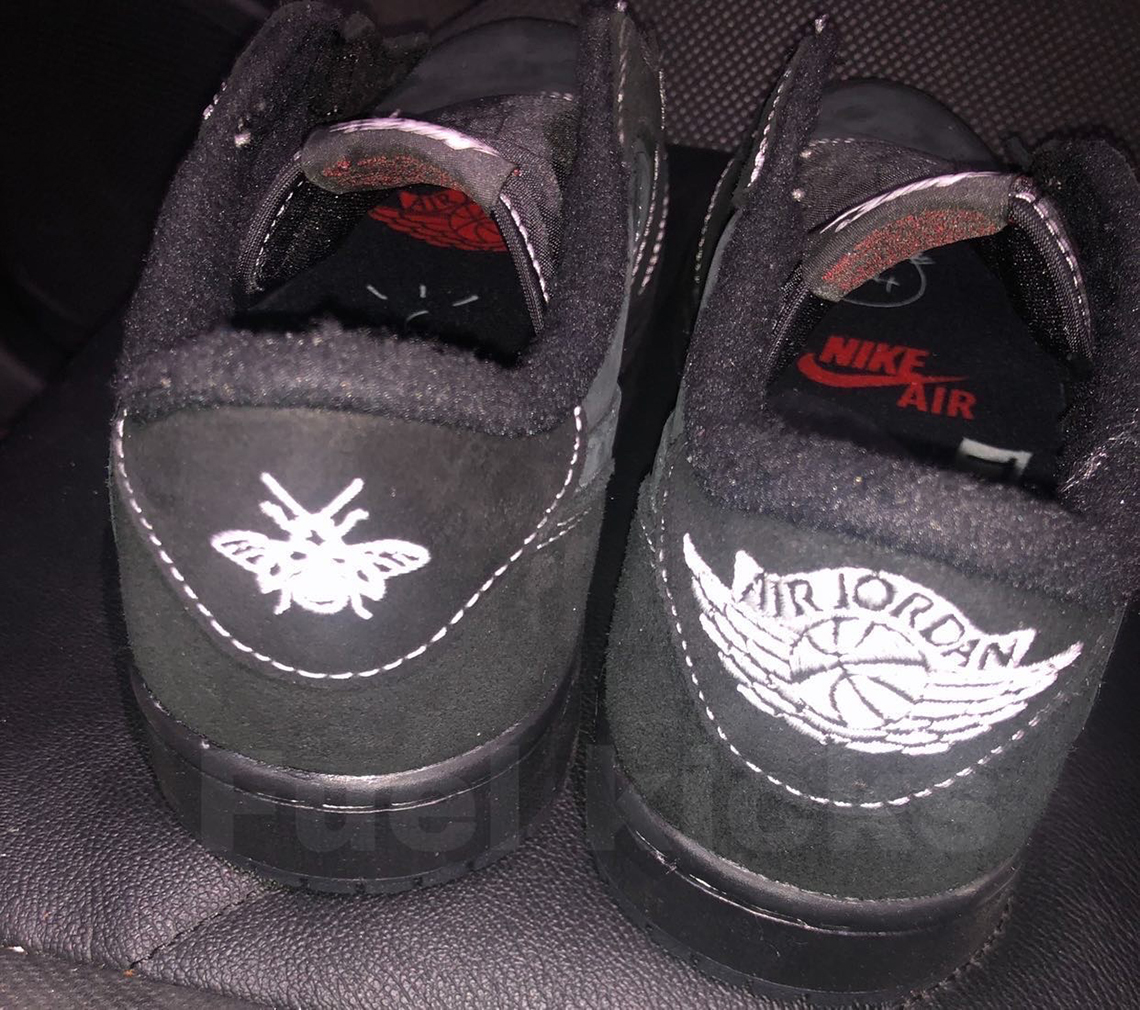 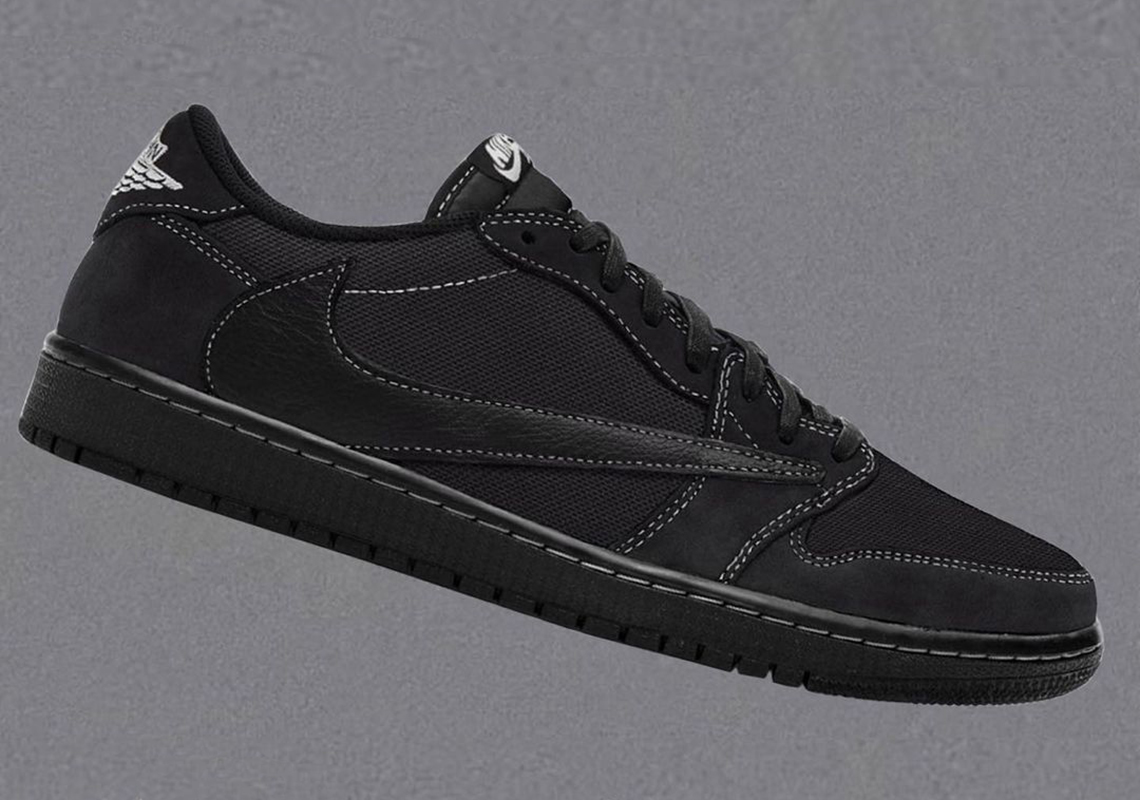 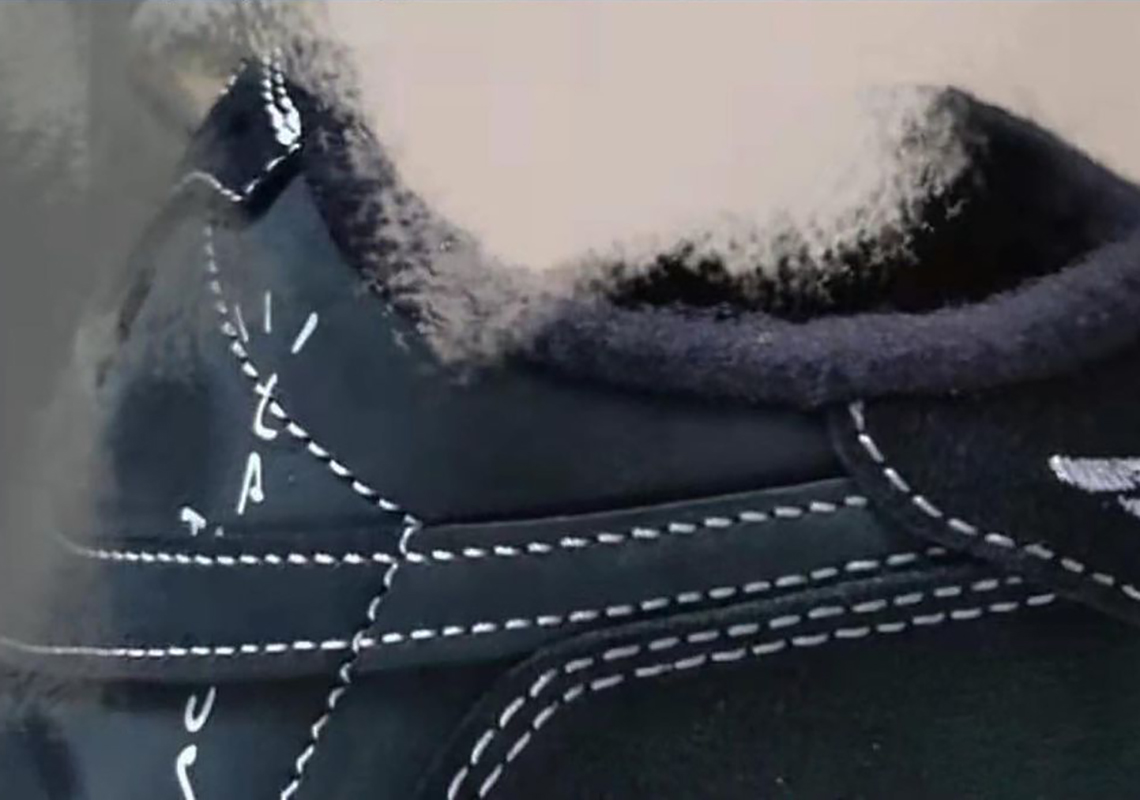