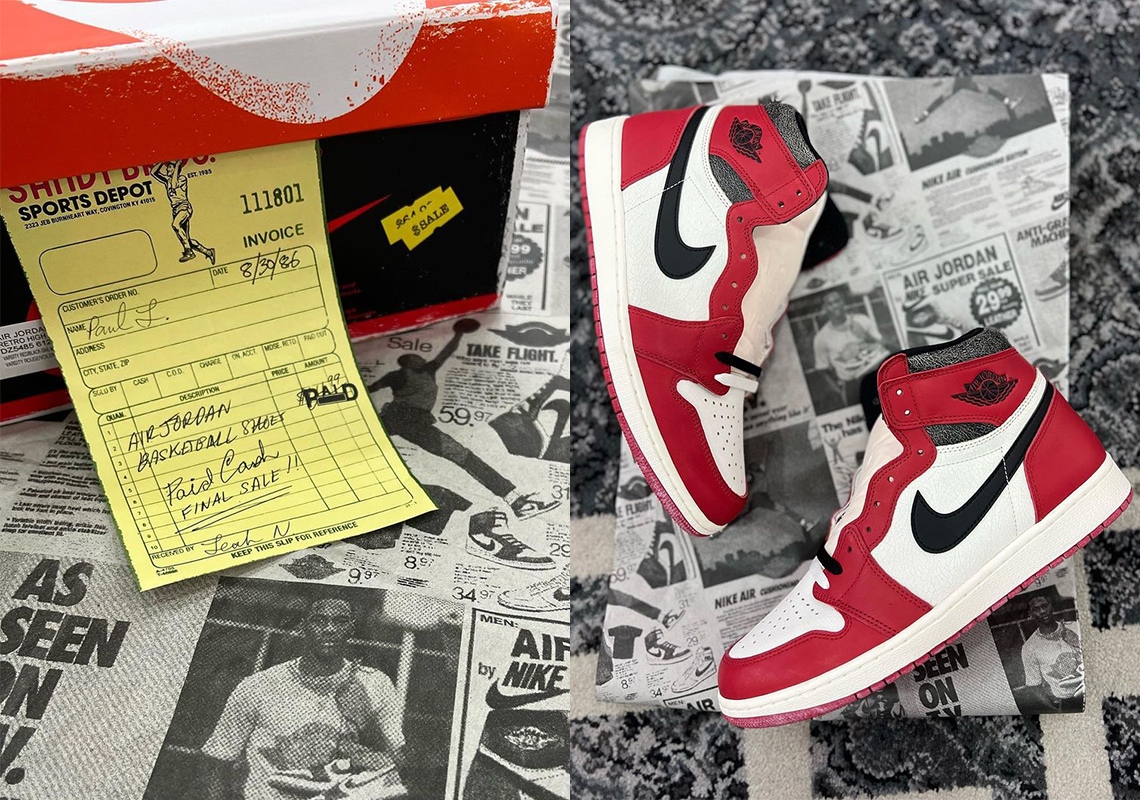 Previously referred to as the “Chicago Reimagined,” the Air Jordan 1 “Lost & Found” pays homage to mom and pop shops. Through both its packaging and its aged, retro-inspired details, the release imagines a scenario in which you come across some DS “Chicago” 1s in the basement/storage of these very storefronts.

While many have likened the shoe to both its 1985 and 2015 counterparts, it’s more accurate to say it mirrors the releases of 1994, employing a marginally larger Swoosh as well as a formed toe box. And as we all already know, the base replicates the distressed look of older pairs, featuring cracks all throughout the toe box, mid-panel, and collar. The soles, too, aid the immersion, recreating the dustiness commonly produced when leaving sneakers in storage.

The storytelling continues to unfold by way of the packaging. Alongside scuffs and discoloration, the box features replacement lids that were borrowed from the AJKO. And within, the Air Jordan 1 is wrapped in a paper rife with vintage ads.

For a closer look at the Air Jordan 1 “Lost & Found” as well as its packaging, see below. Follow some slight delays, the release is now scheduled for November 19th. 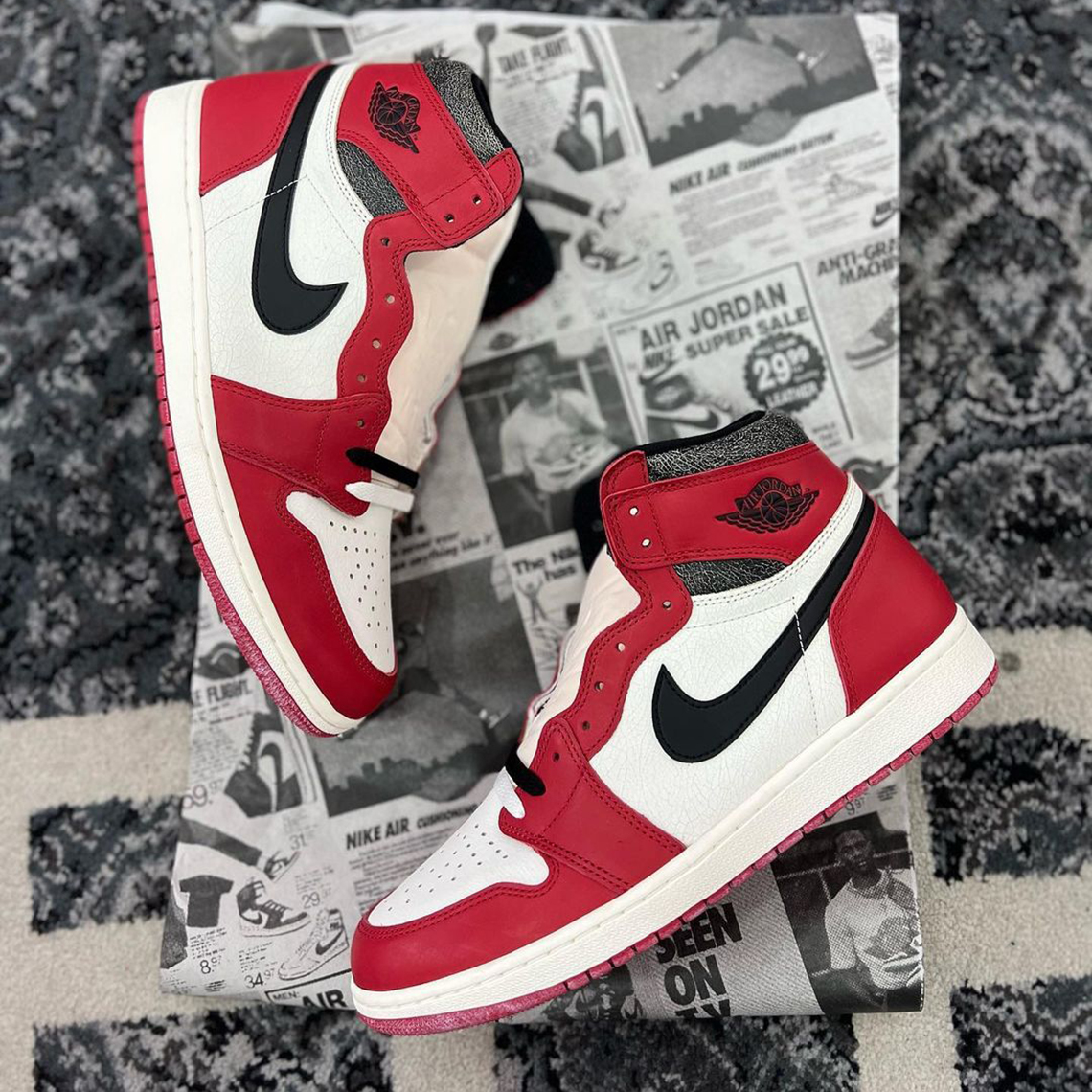 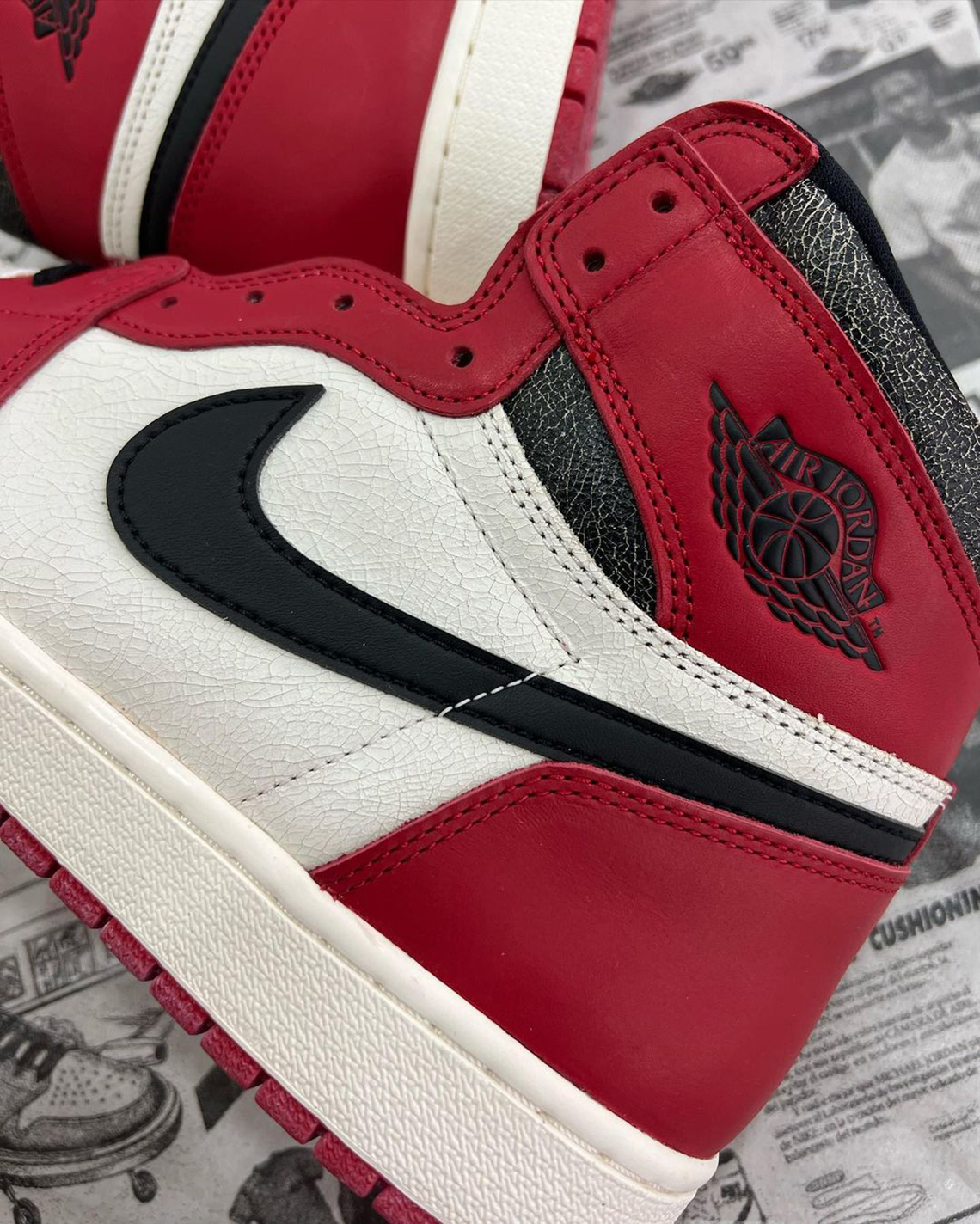 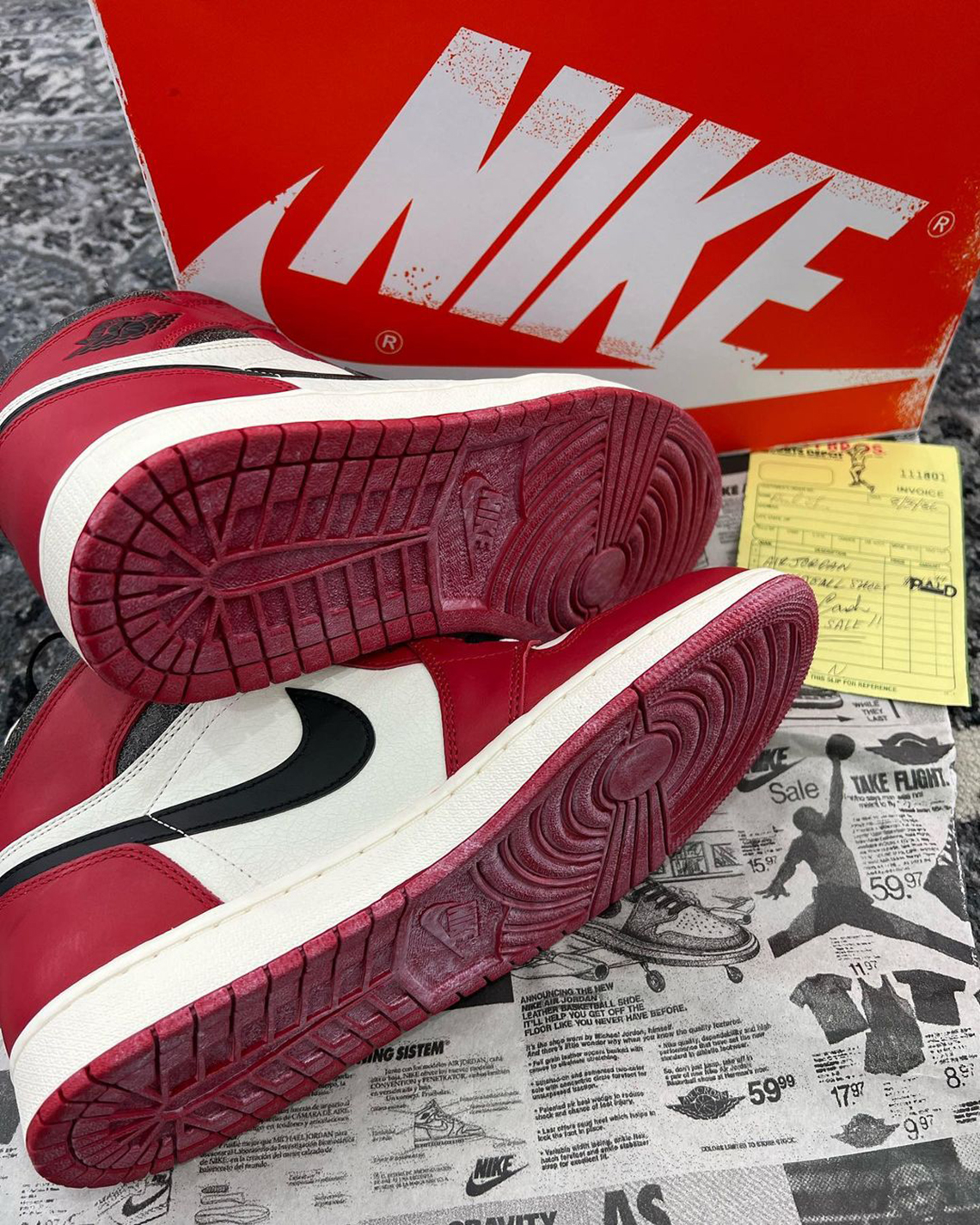 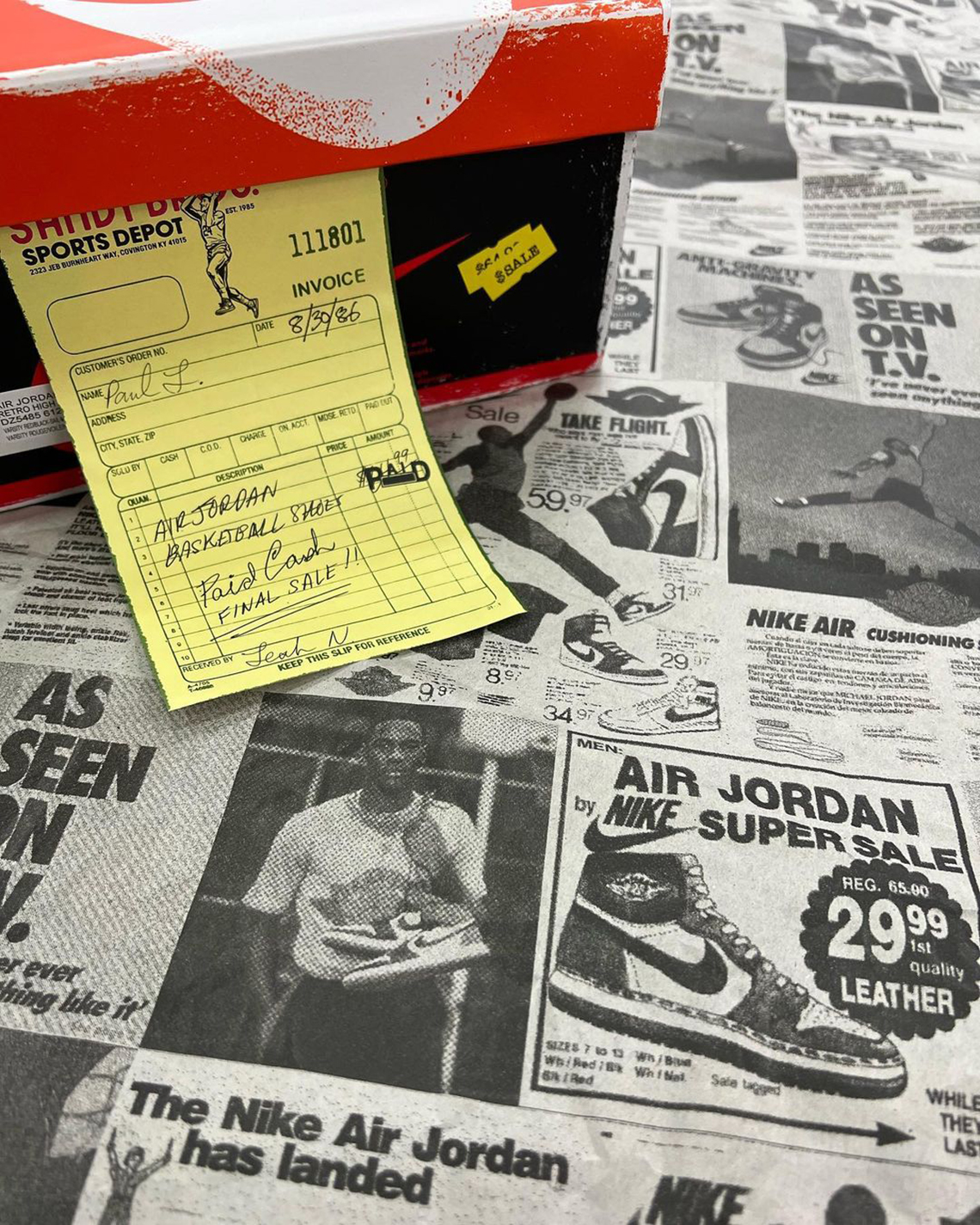