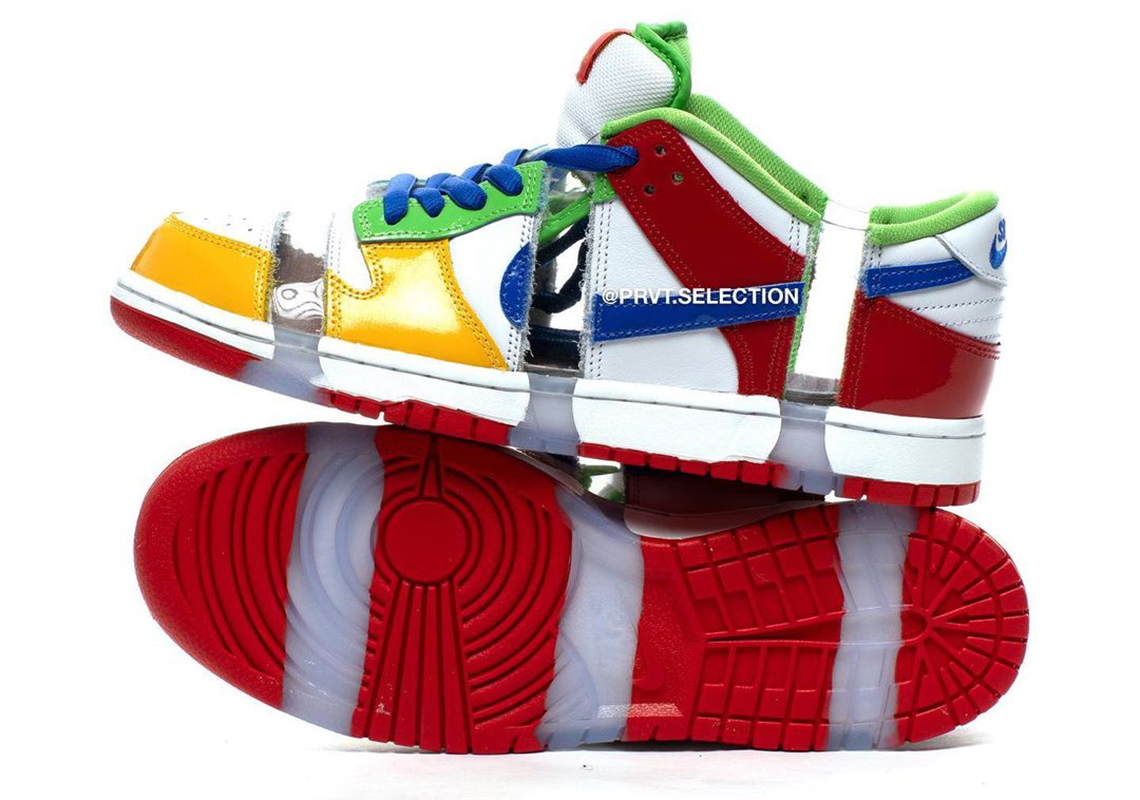 Back in 2003, Nike SB took to eBay to auction off a special pair of Dunk Lows colored to resemble the marketplace’s signature logo. All proceeds from the listing — which ended at a final bid of $26,000 — were put to the construction of new skate parks throughout the Portland area. Though only a single pair of said shoes were sold, there are reportedly three in existence, one of which was sawed into four separate parts.

To honor the life of the late Sandy Bodecker, who’s responsible for building up Nike SB to what is today, the Swoosh is literally putting the pieces of the above-mentioned Dunk Low back together. But rather than connect said segments seamlessly, the team have opted to fill in the spaces with a see-through TPU. The rest of the construction is faithful to the original colorway, however, representing eBay’s signature red, blue, yellow, and green palette. In addition, an image of Bodecker himself is printed onto the sockliner of the left foot; the right opts for an on-foot image of the original, ripped apart eBay Dunk.

For a detailed look at the upcoming eBay x Nike SB Dunk Low, see below. At the time of writing this, a release date has not been revealed; more information is likely to surface soon, though, so sit tight for additional updates. 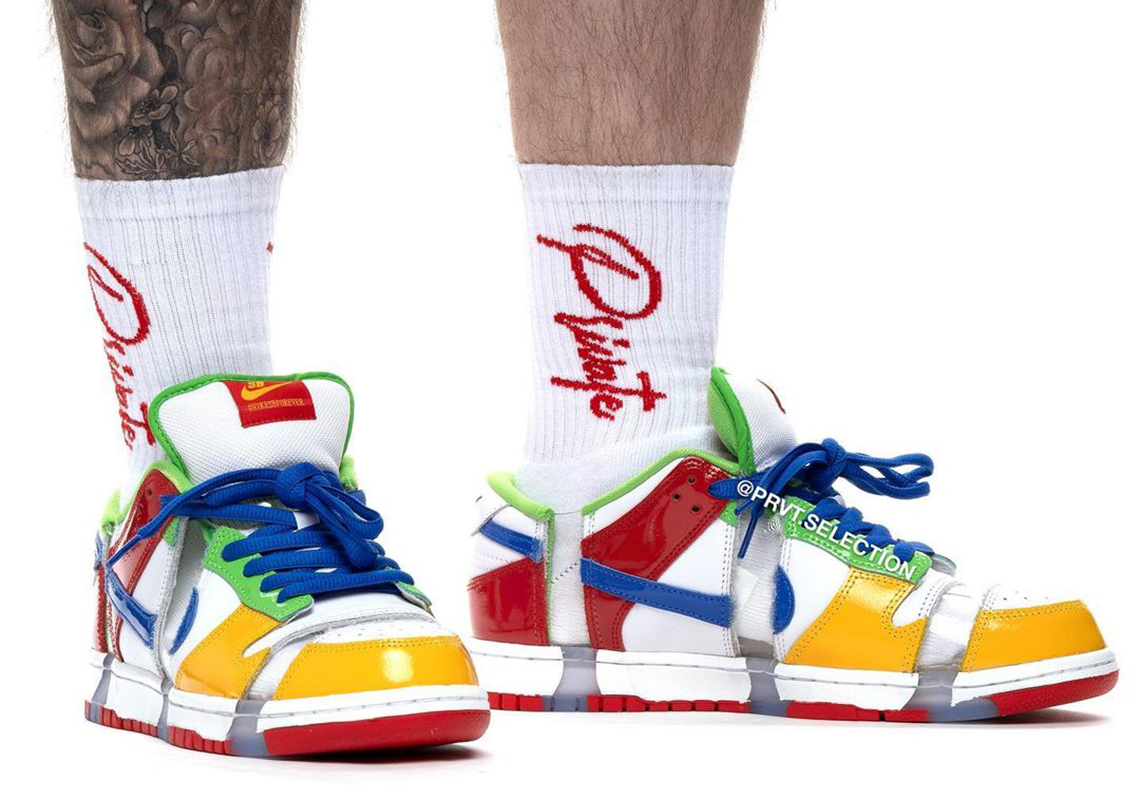 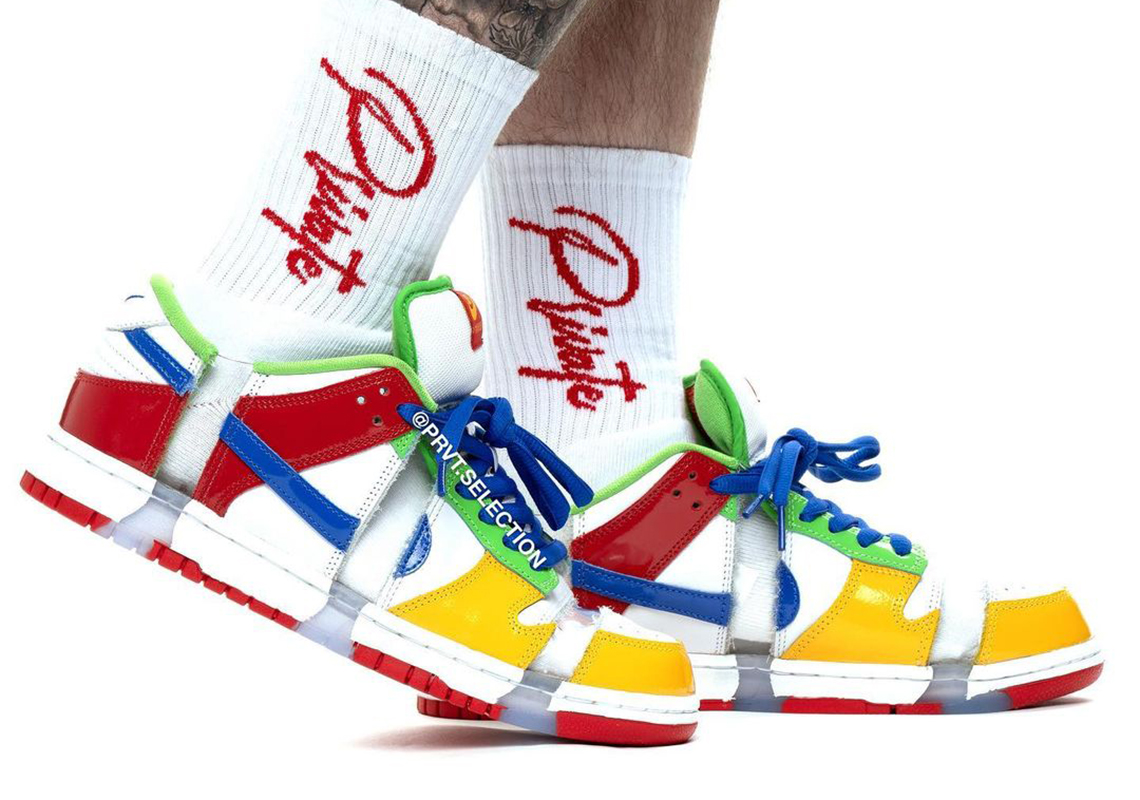 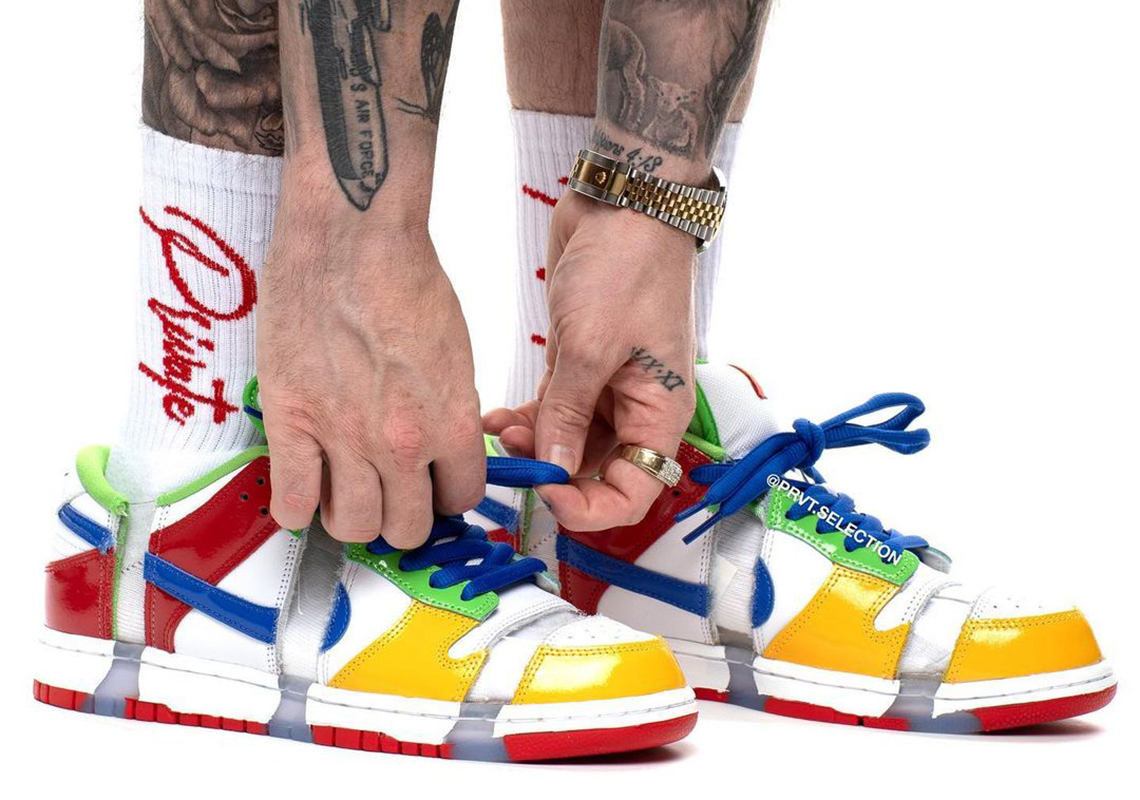 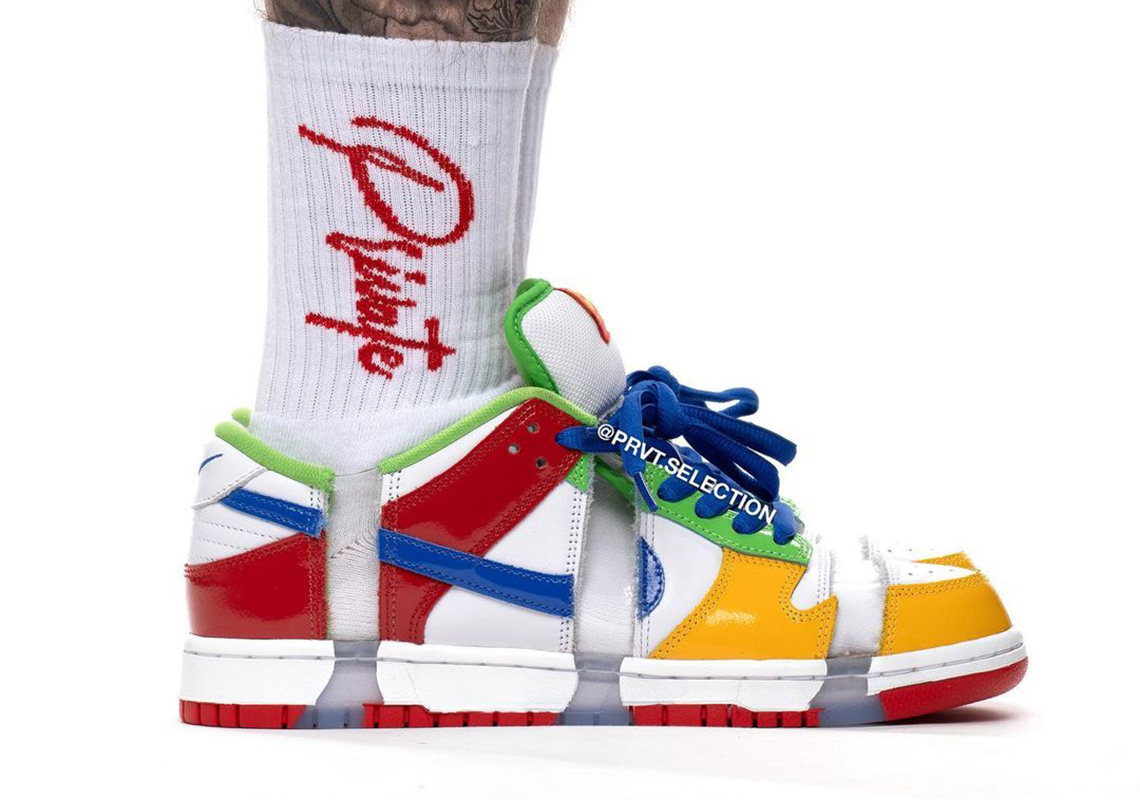 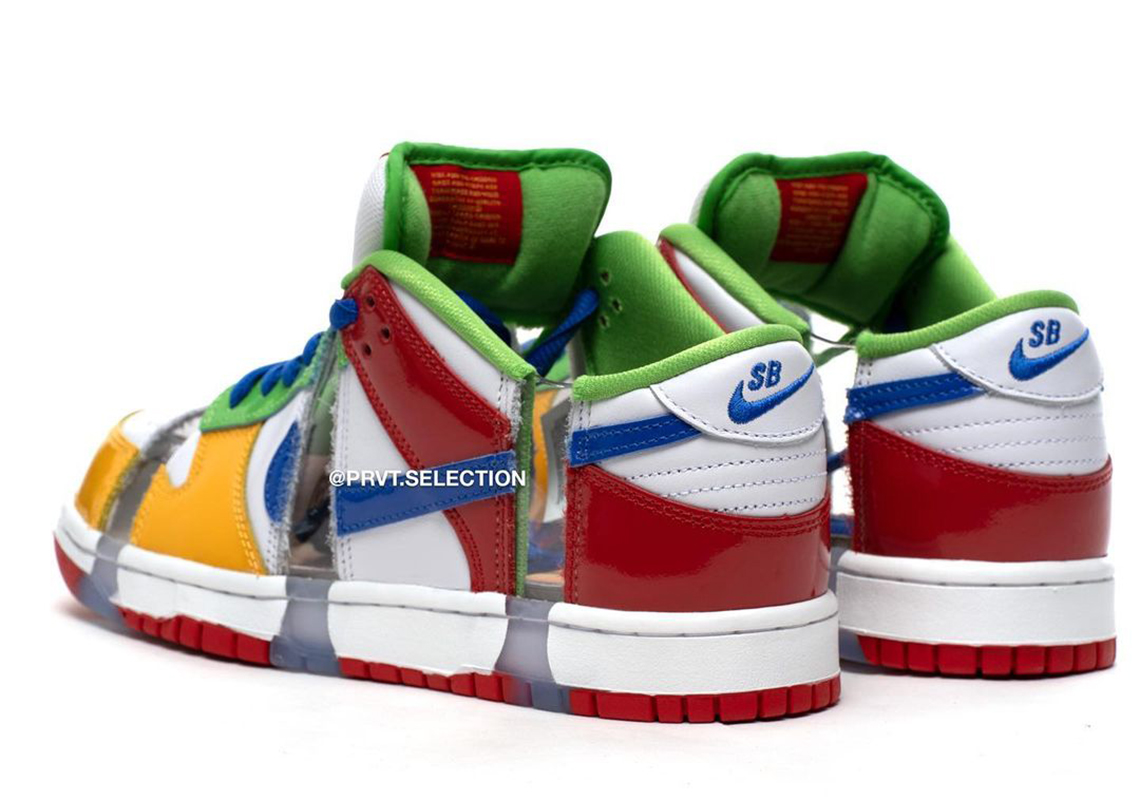 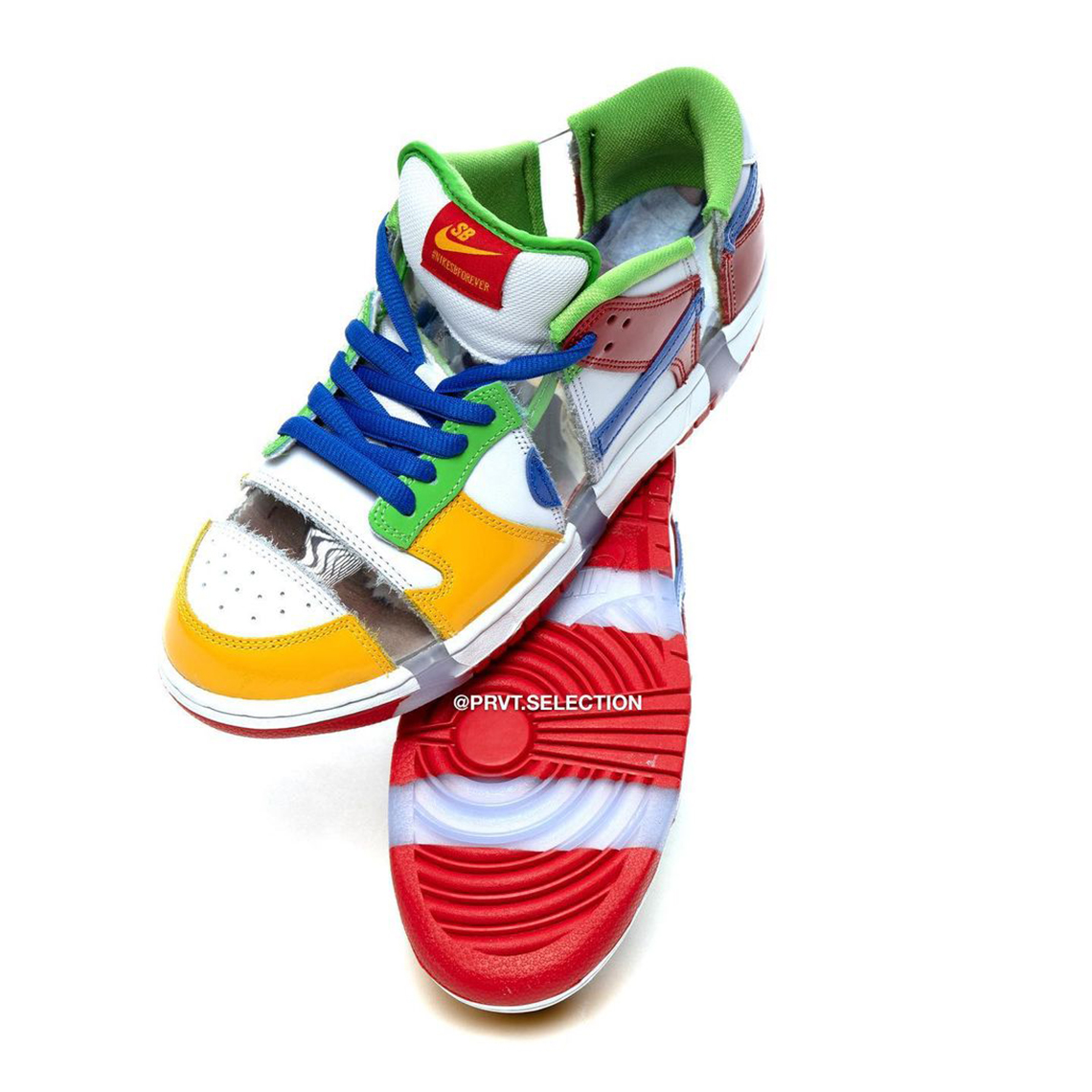 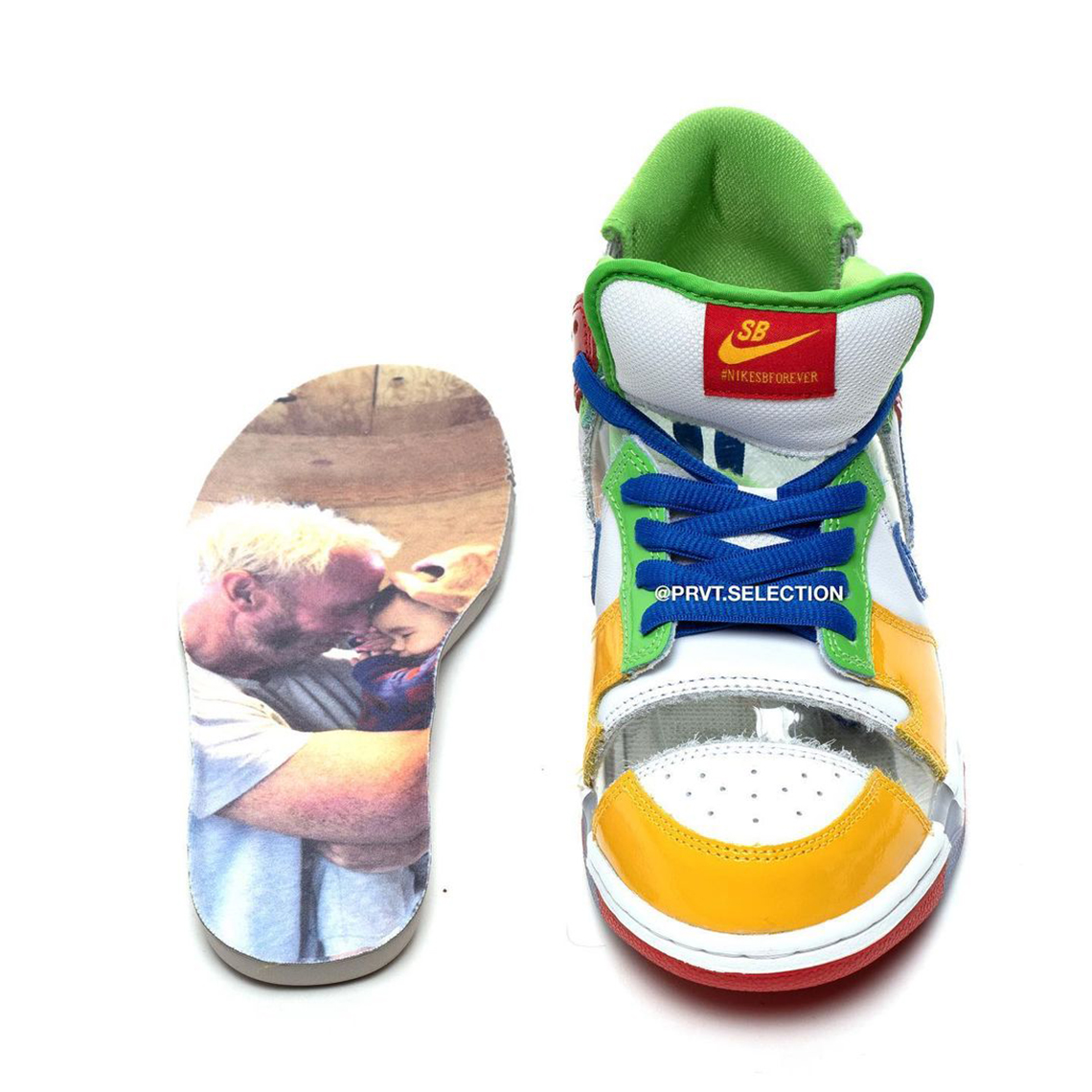 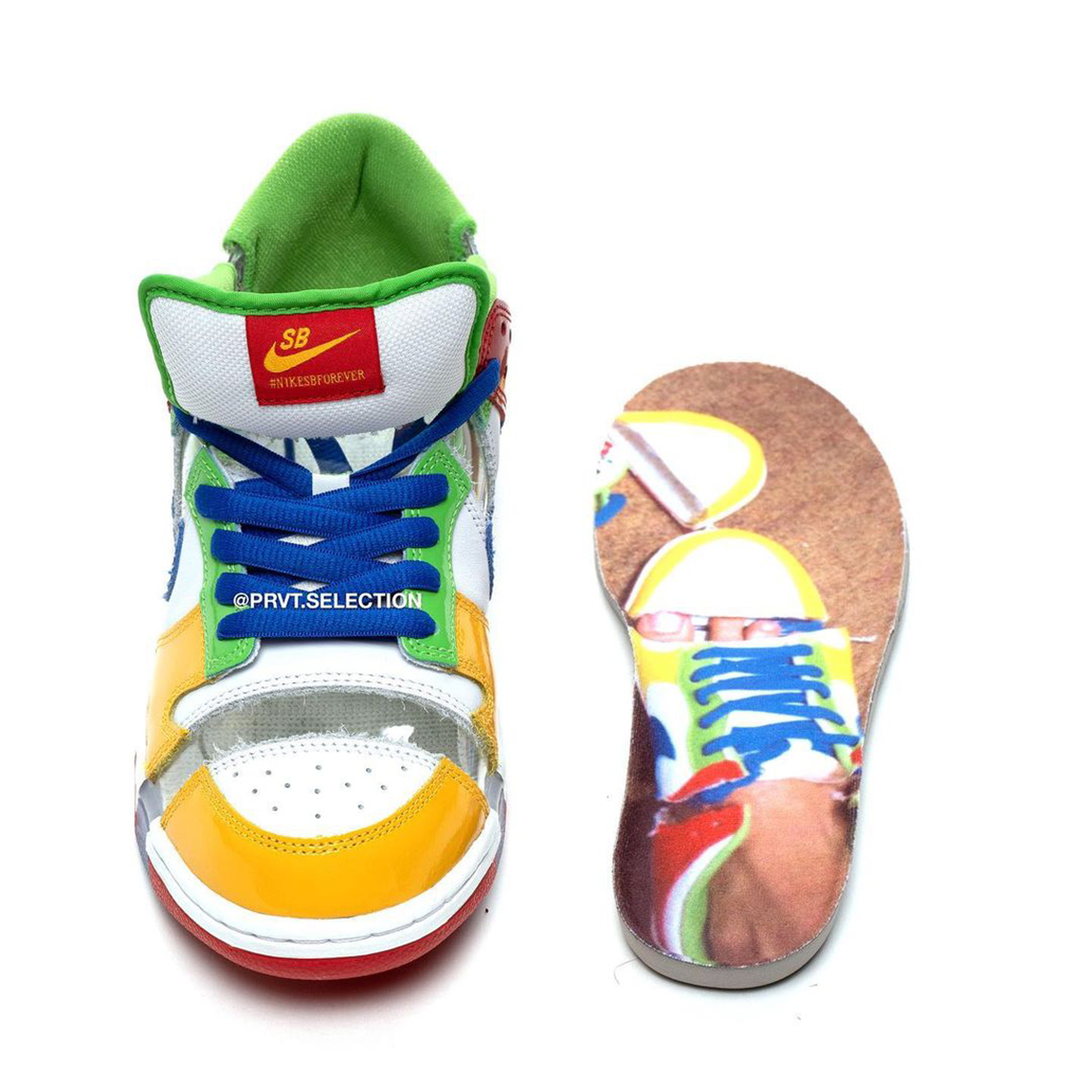 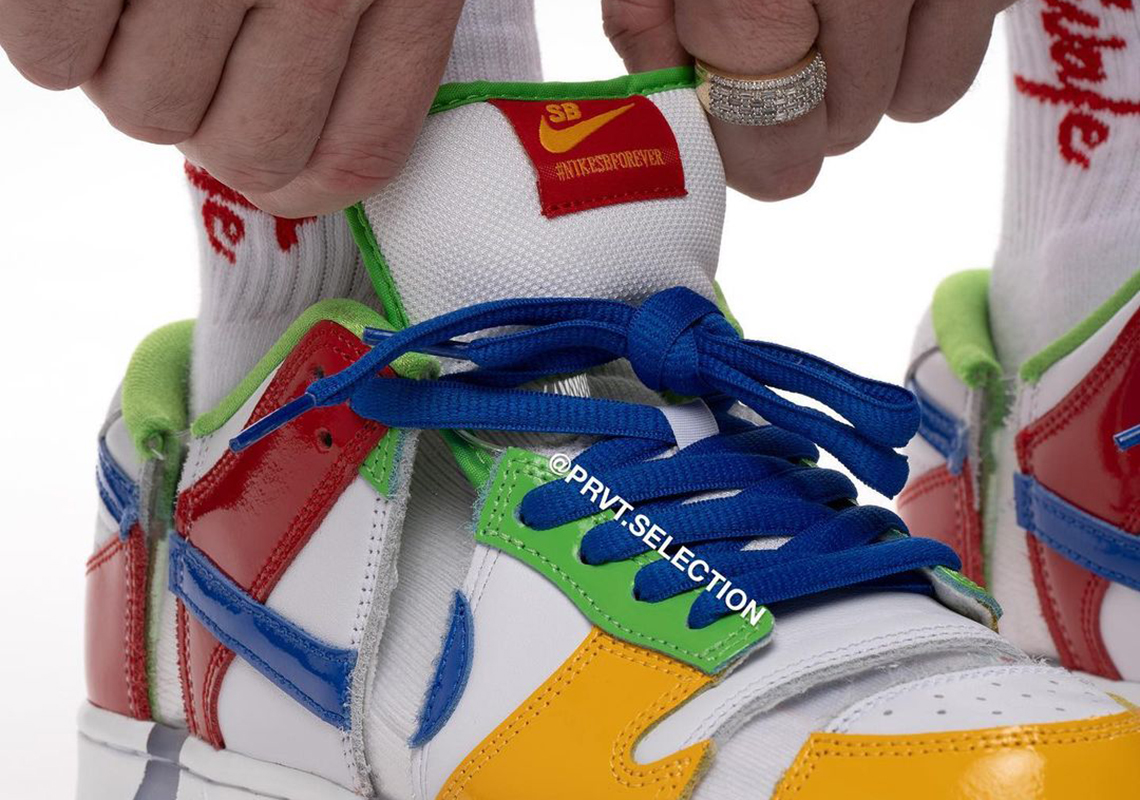