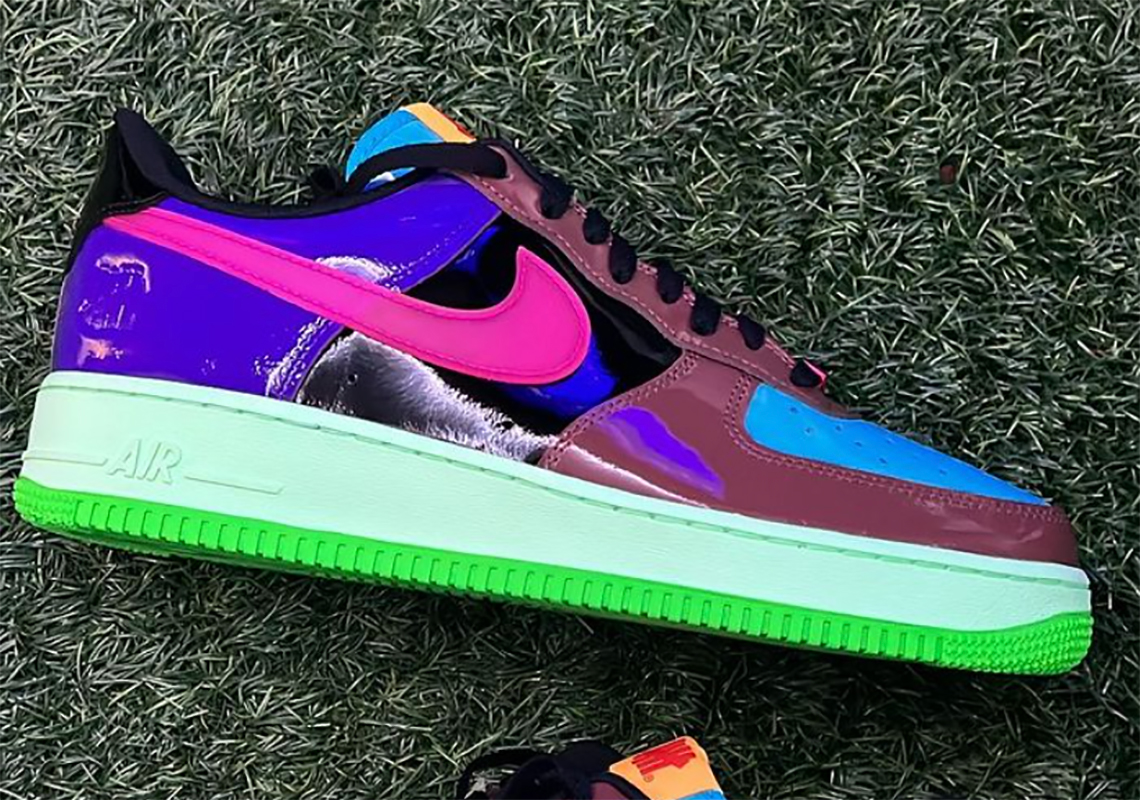 Later in 2022, Los Angeles-based Undefeated has a quartet of “Multi-Patent” renditions of the Air Force 1 Low ready and waiting to release. The third known colorway, revealed by Travis Scott on his Instagram Stories, might look familiar to shoe fanatics who have loved the Dunk in the early-mid 2000s.

Much like the other two revealed colorways of the Undefeated Air Force 1 Lows, this version sees a full patent leather construction on the upper, emanating a glossy sheen that is sure to capture the attention of anyone in the vicinity. What makes this packet of colors so enticing is that it is directly inspired by Undefeated’s 2005 collaboration with Nike – the Dunk High NL “Clerks Pack from the limited collection that called on the world’s most prominent sneaker boutiques across the globe.

Dark brown toe overlays, light blue toe-boxes pink Swoosh logos, green midsoles — Undefeated didn’t leave any color behind. Much like the other pairs, this release sees the five-strike logo pressed into the heel and prominently featured on the tongue label. 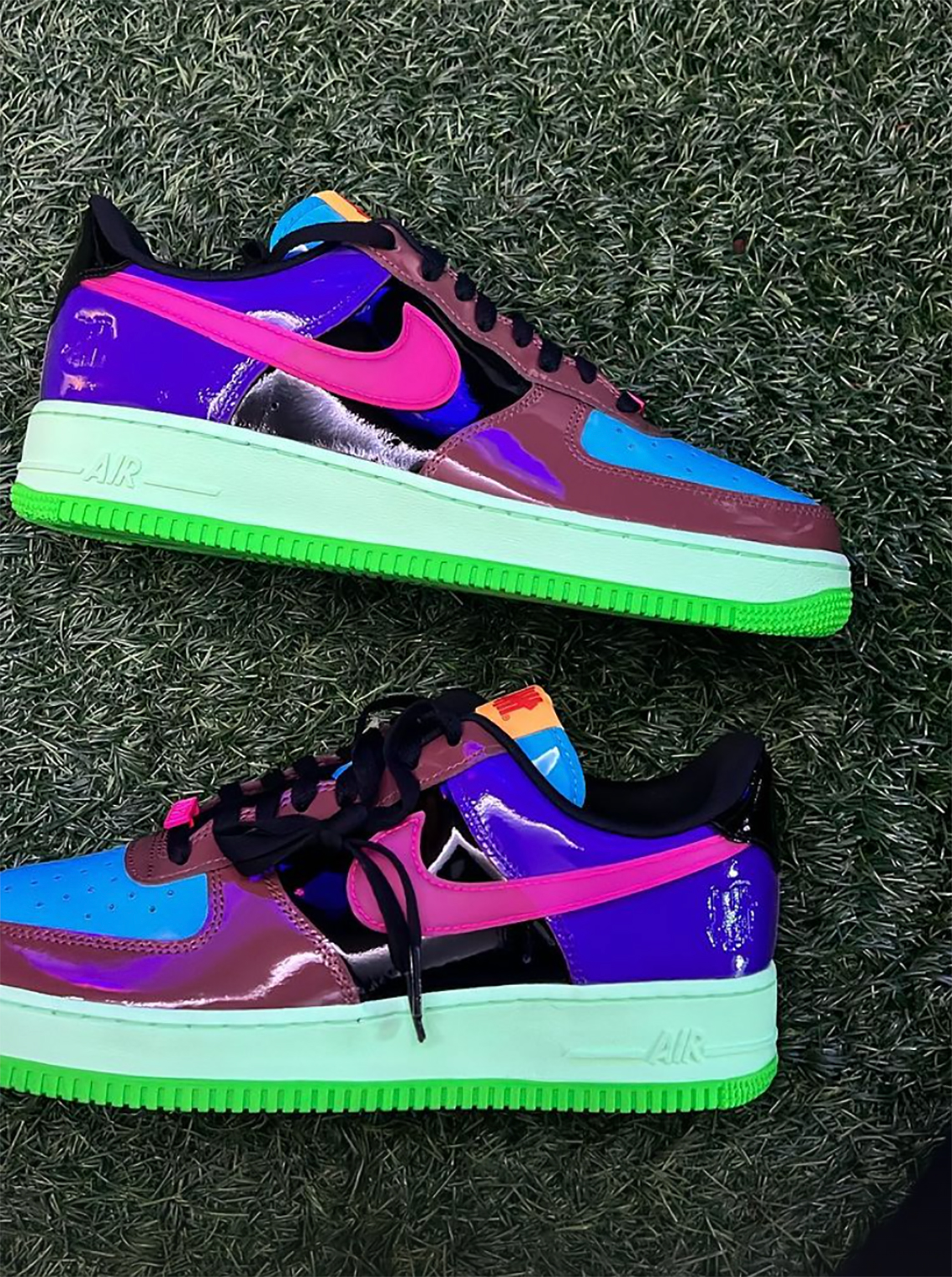