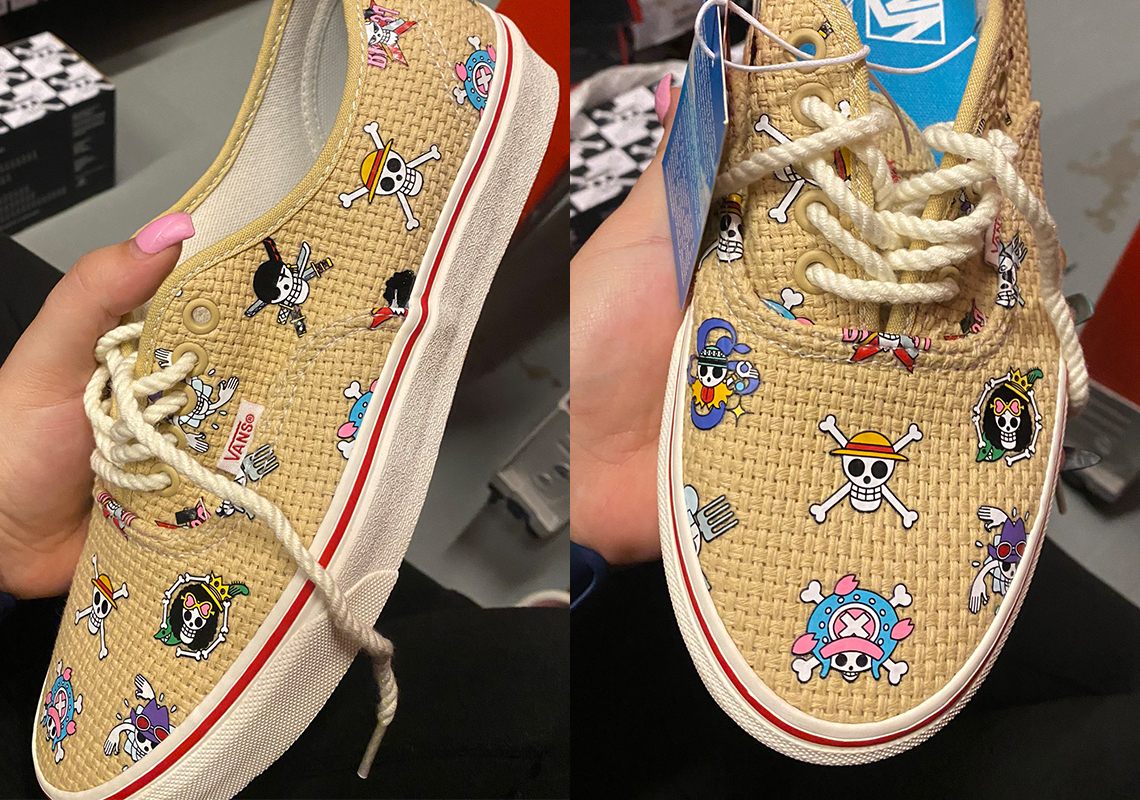 Clocking in at 1061 chapters, One Piece is one of the longest running mangas of all-time; its anime adaptation boasts a similarly impressive length, with its 1034th episode having aired earlier this week. And in the years, volumes, and seasons since Monkey D. Luffy first set sail, we’ve witnessed countless adventures, well-foreshadowed plot developments, and one of the longest, most significant arcs in the entire series. Now, according to Oda himself, the “Final Saga” is underway, and I — and the rest of the fanbase — can’t help but get emotional at the thought of the Straw Hats’ journey coming to an end.

What’s most upsetting, though, is that One Piece has seen only a few sneaker collaborations in the last quarter of a century. But thankfully, we’ll soon have much more than customs and a surprisingly tasteful joint effort with SKECHERS (look it up), as Vans is about to release a pair of Authentics inspired by the Straw Hat crew.

Far more reserved than what fans have created over the years, the One Piece x Vans Authentic draws inspiration from the future pirate king’s nakama as well as his signature straw hat. The latter’s influence is evident across the shoe’s construction and details, which mimic both the headwear’s light tan weave and red band. Then, over top, the upper is covered with the jolly rogers of every crew member save for the most recent, from Zoro all the way to Brook.

For an early yet detailed look at the collaboration, see below. According to the sticker along the pictured box, a release date seems to be scheduled for November 11th, 2022. 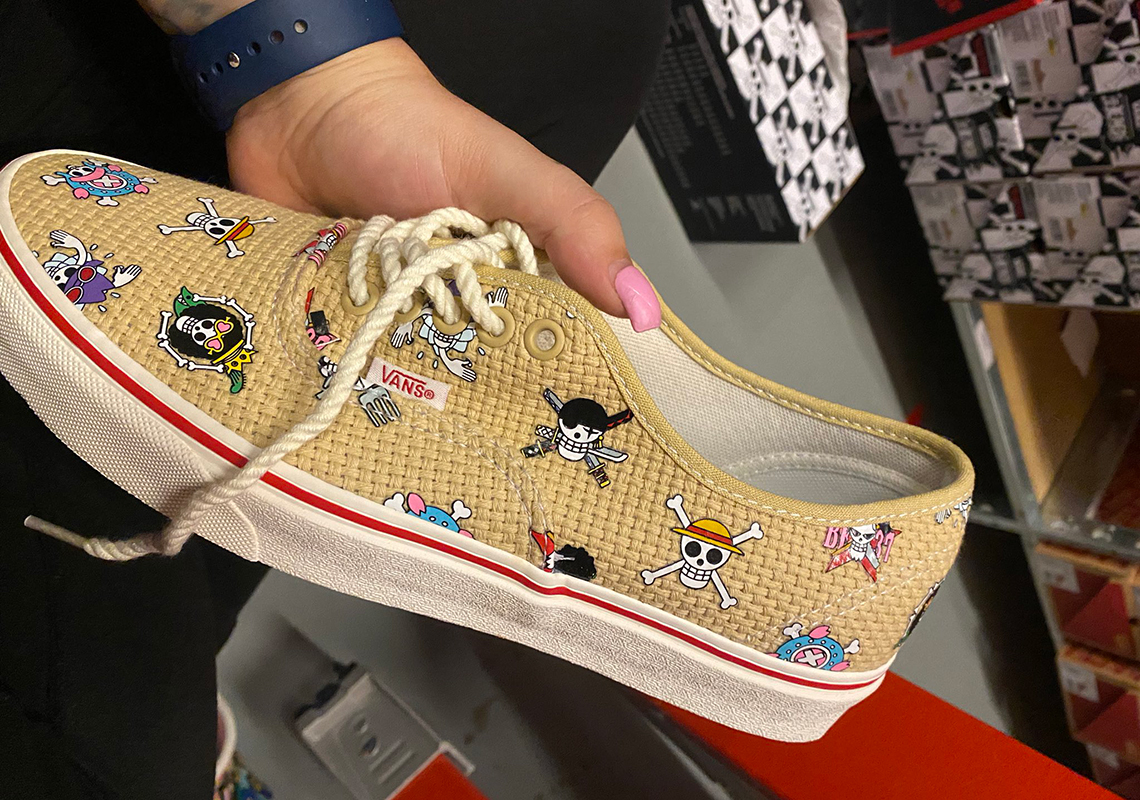 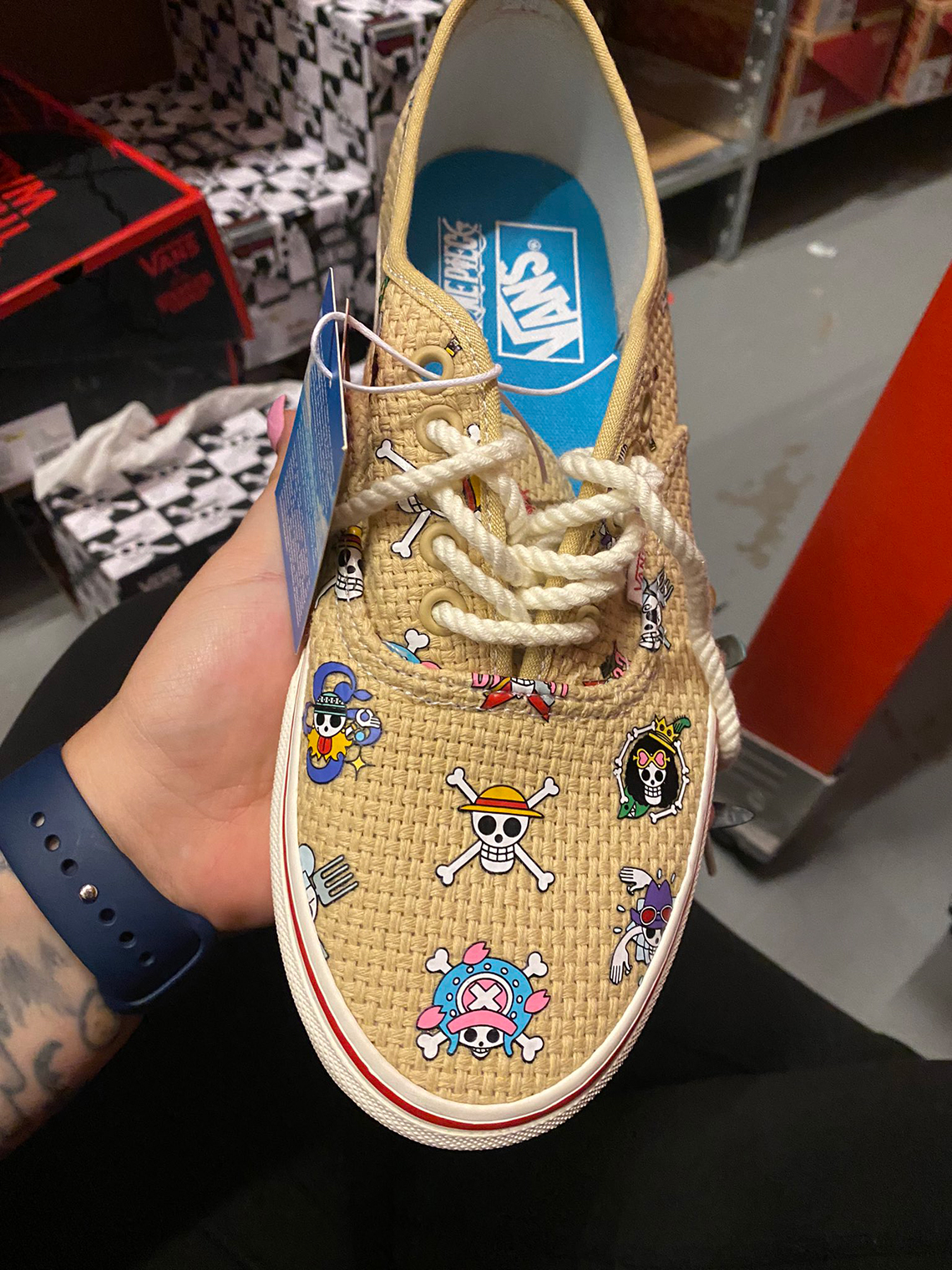 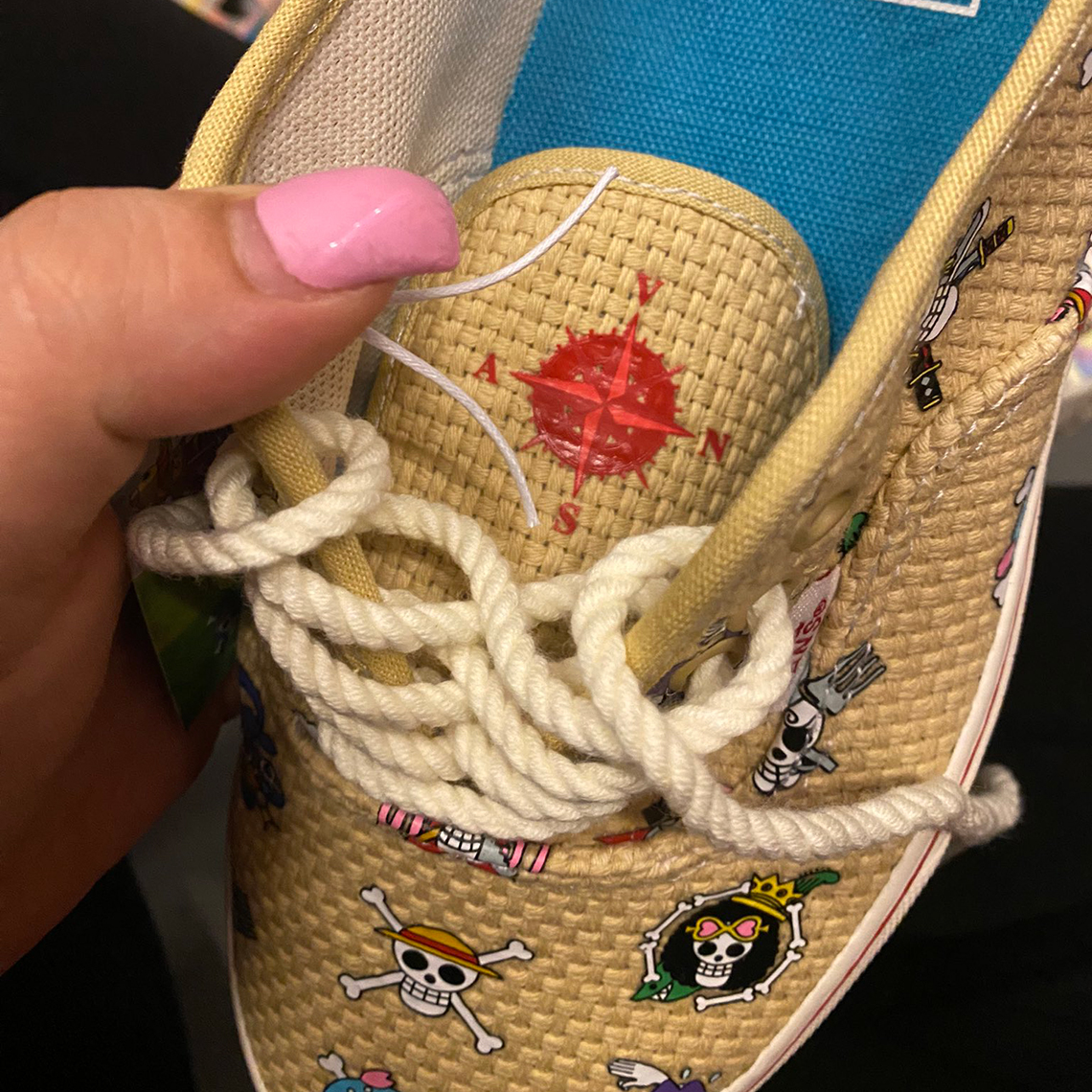 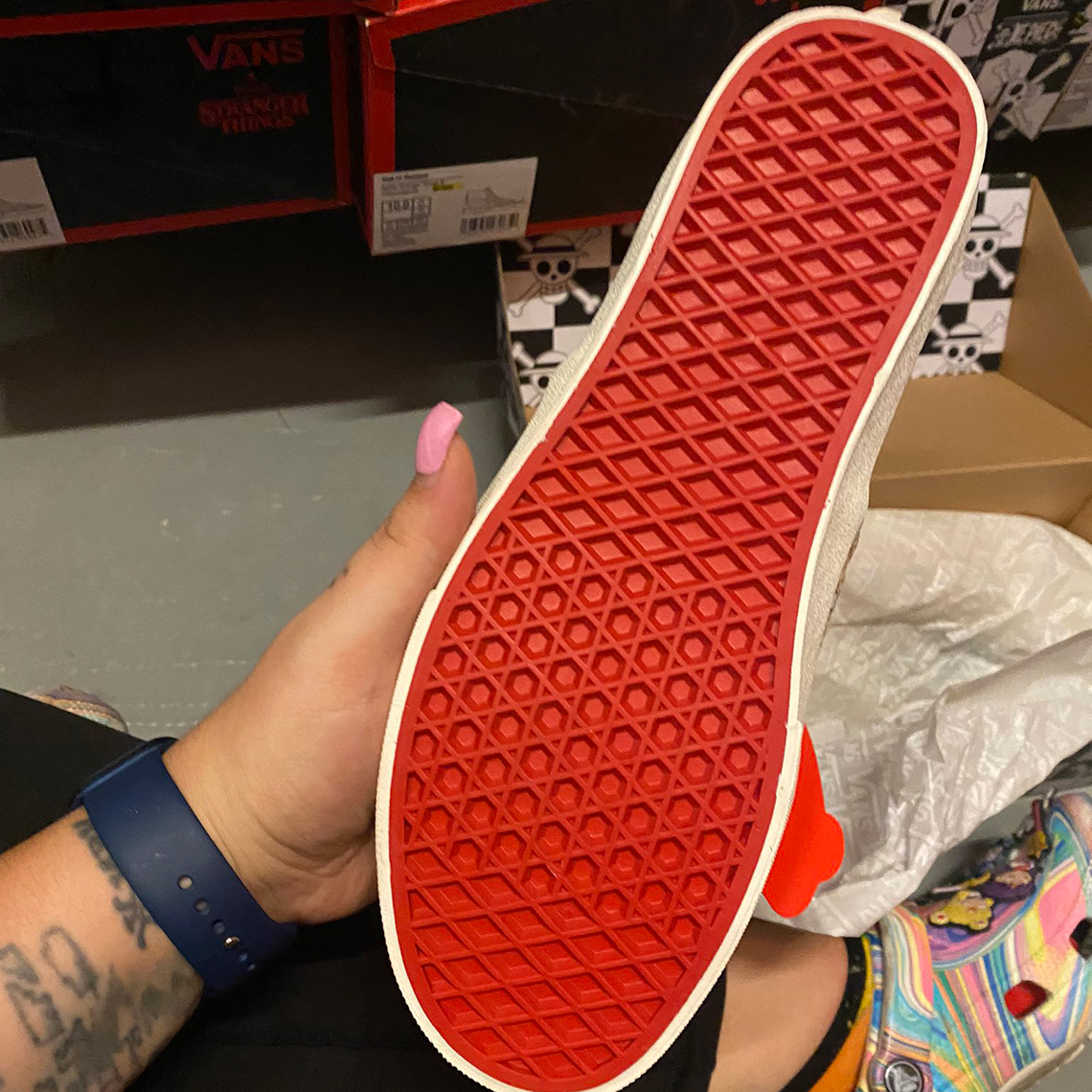 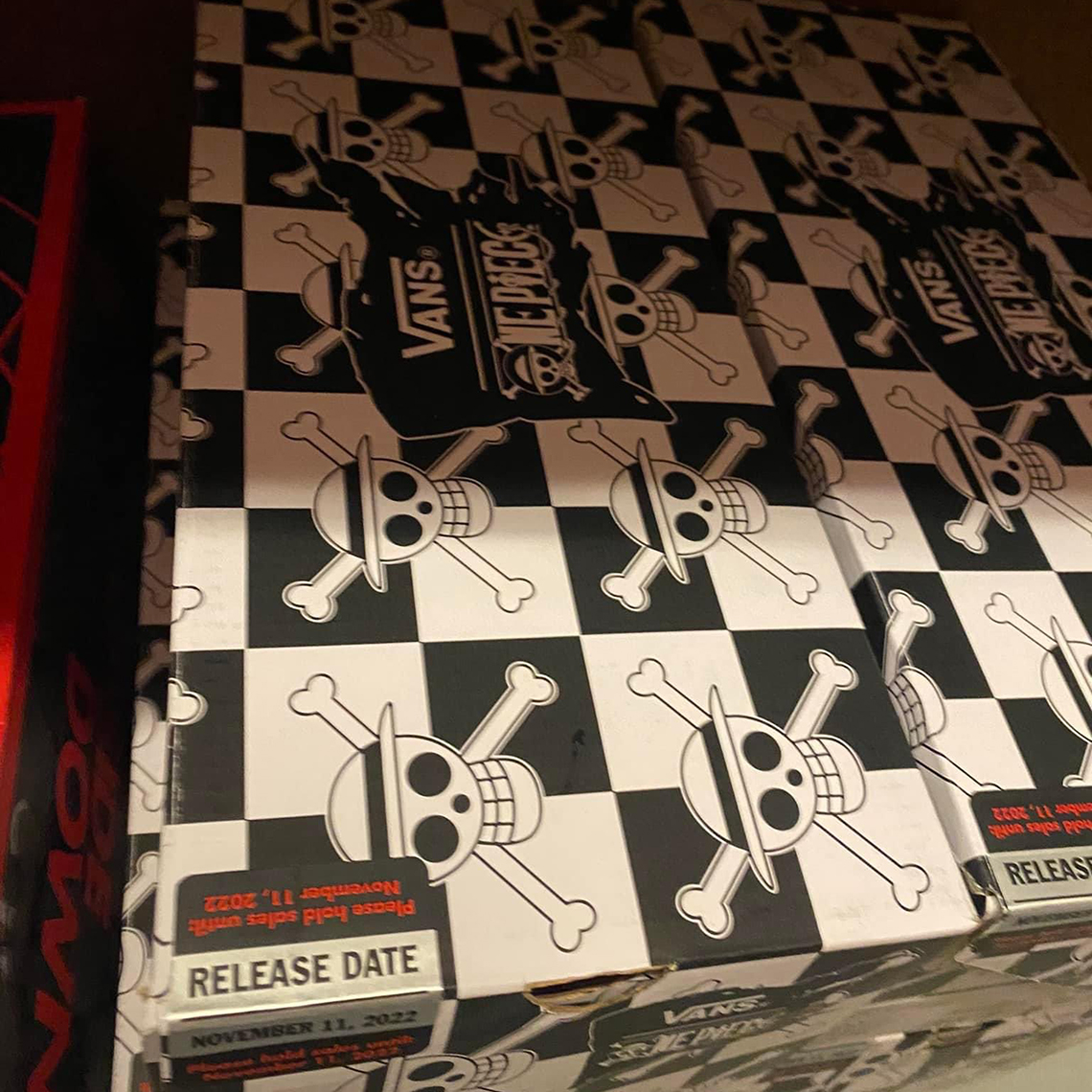