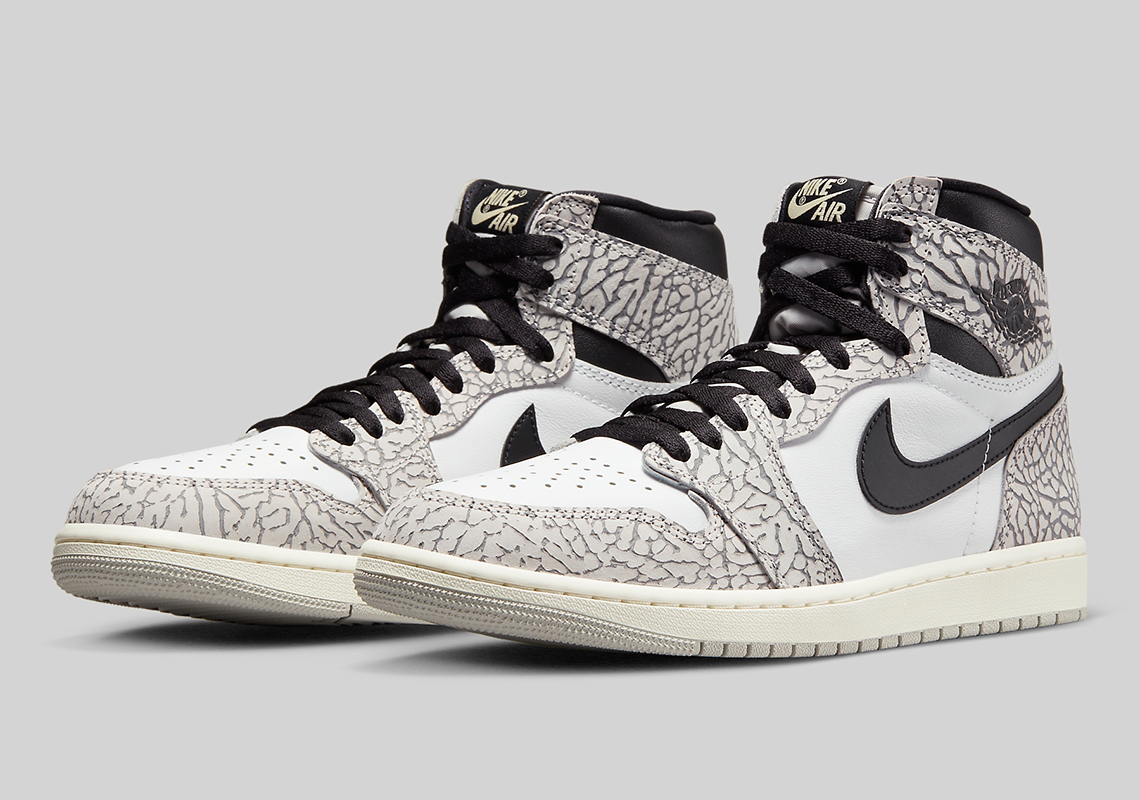 First teased in late September, the Air Jordan 1 Retro High OG “White Cement” has surfaced via detailed in-hand images ahead of its rumored drop in March 2023.

While countless netizens have taken to social media to express their disinterest in the retro, the pair has gained some attention for its heritage-driven, experimental look. White and black take over everything from the toe box to the profile swooshes, leaving overlays around the forefoot, along the tongue and across the heel to revel in the sneaker’s most defining details: elephant print. The cement-colored choice first appeared on the Air Jordan 3 in 1988, with its appearance on sneakers outside of Tinker Hatfield’s creation being scarce over the last 34 years. Collars, “Wings” logos on the ankle and laces also opt for pitch-dark finishes, while the oft-imitated sole units underfoot revert to a greyscale arrangement. Together, each aforementioned component make for a modern Air Jordan 1 rooted in #23’s sneaker legacy.

This Air Joradn 1, despite being unveiled as part of the Spring 2023 collection, is now expected to release on May 6th for $180 in adult and GS sizes.

A release date is expected on May 6th, 2023. Official images have been updated. 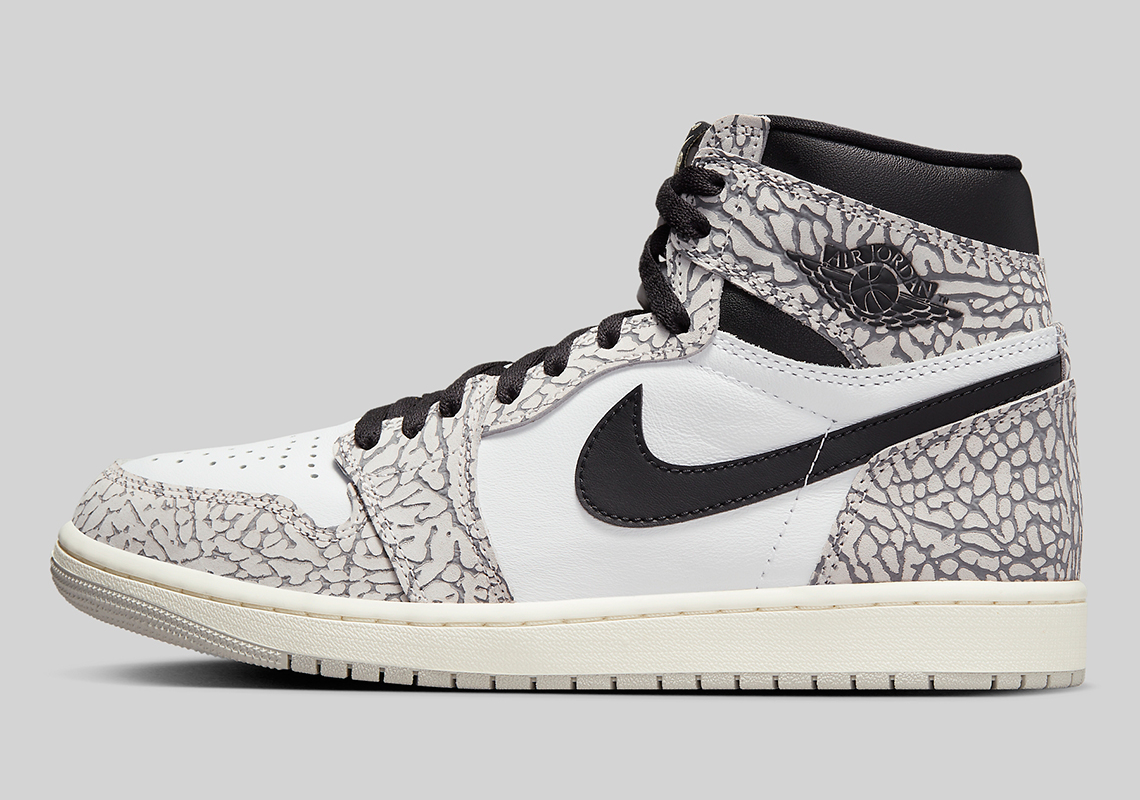 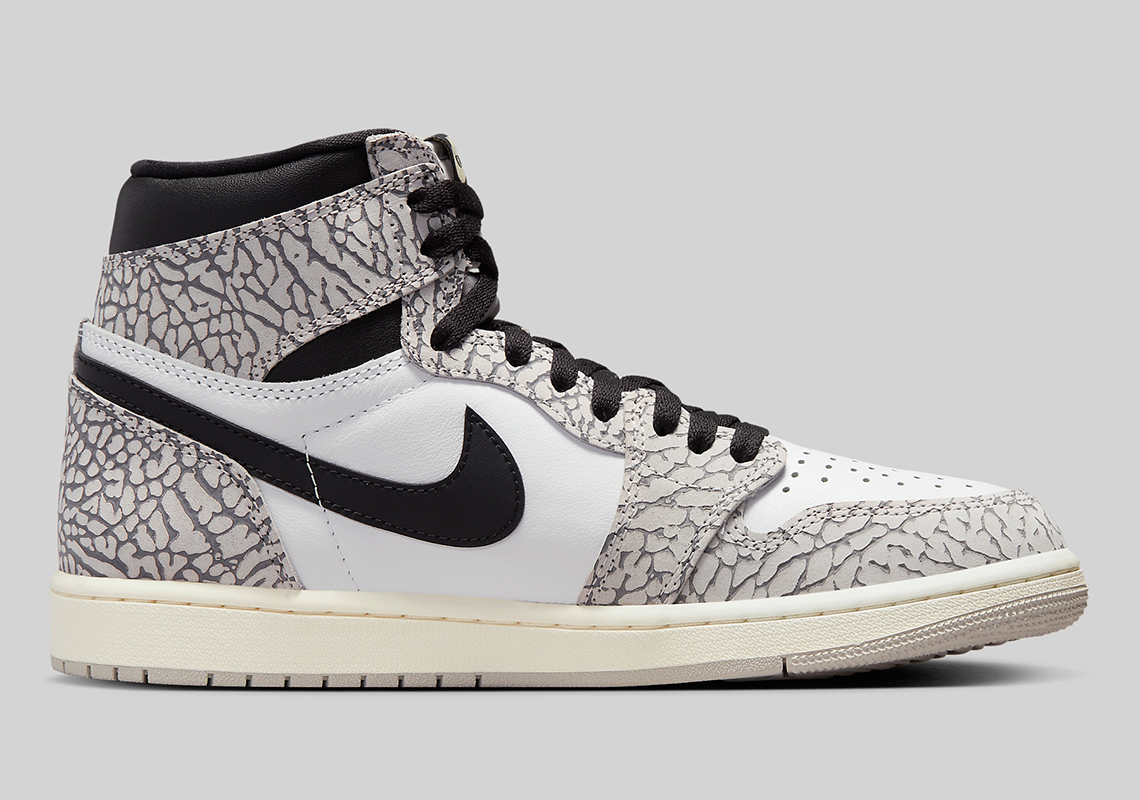 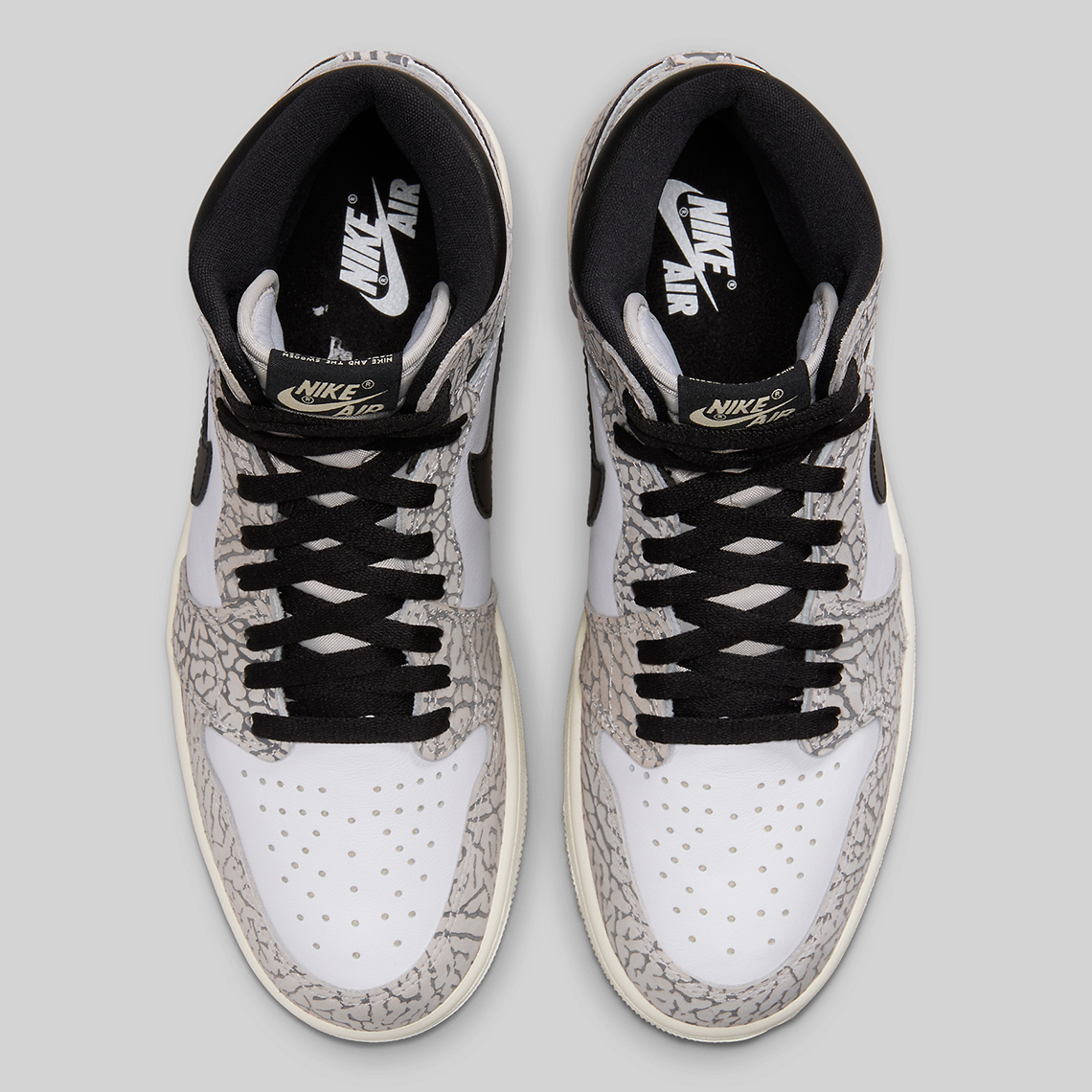 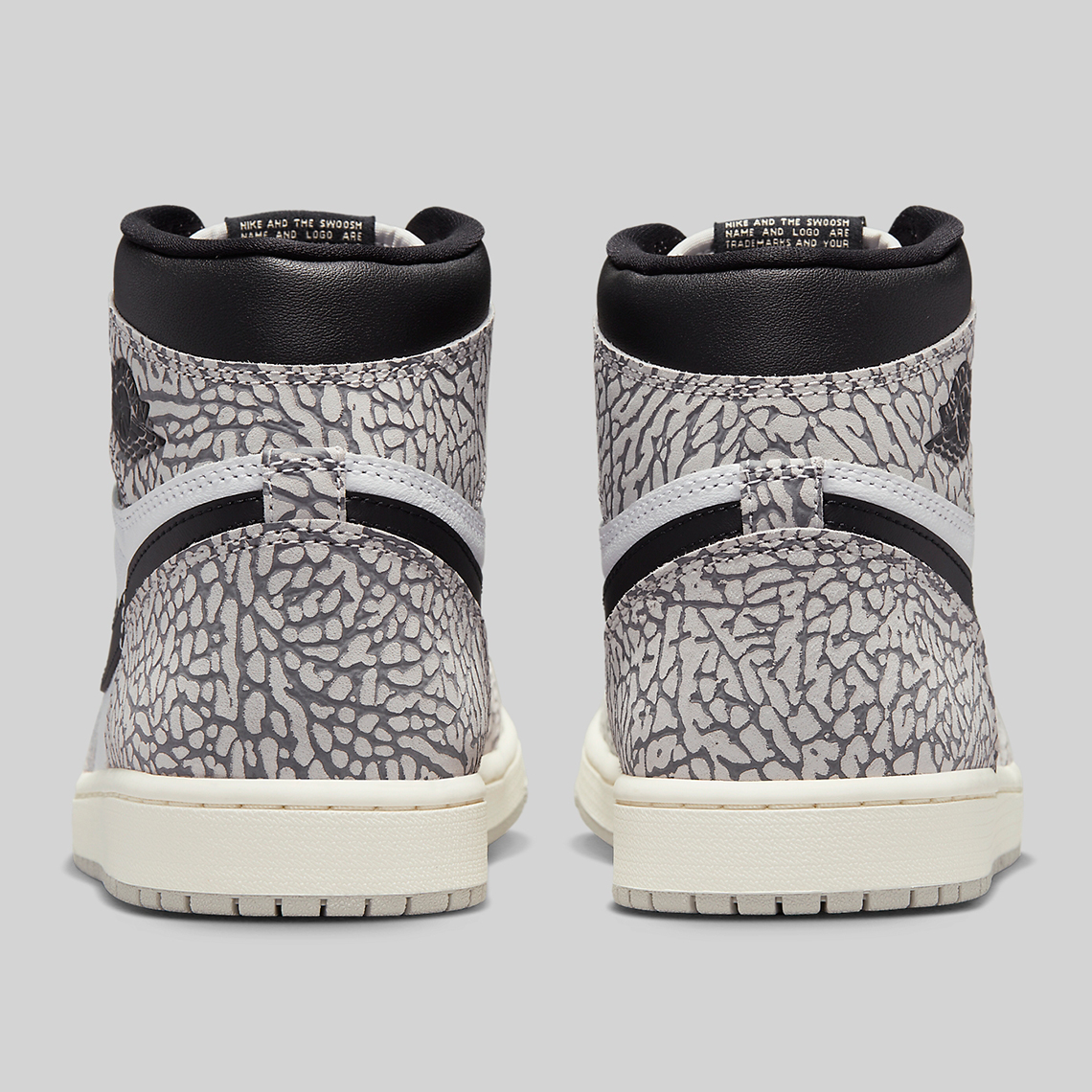 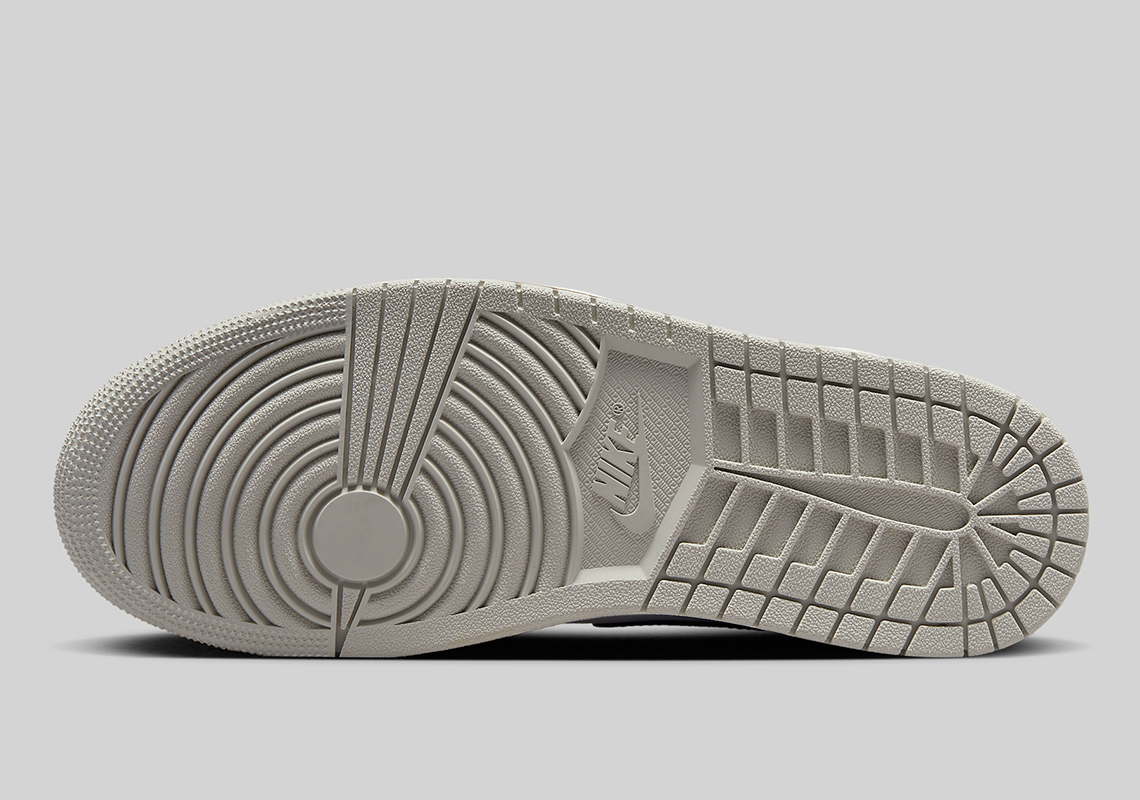 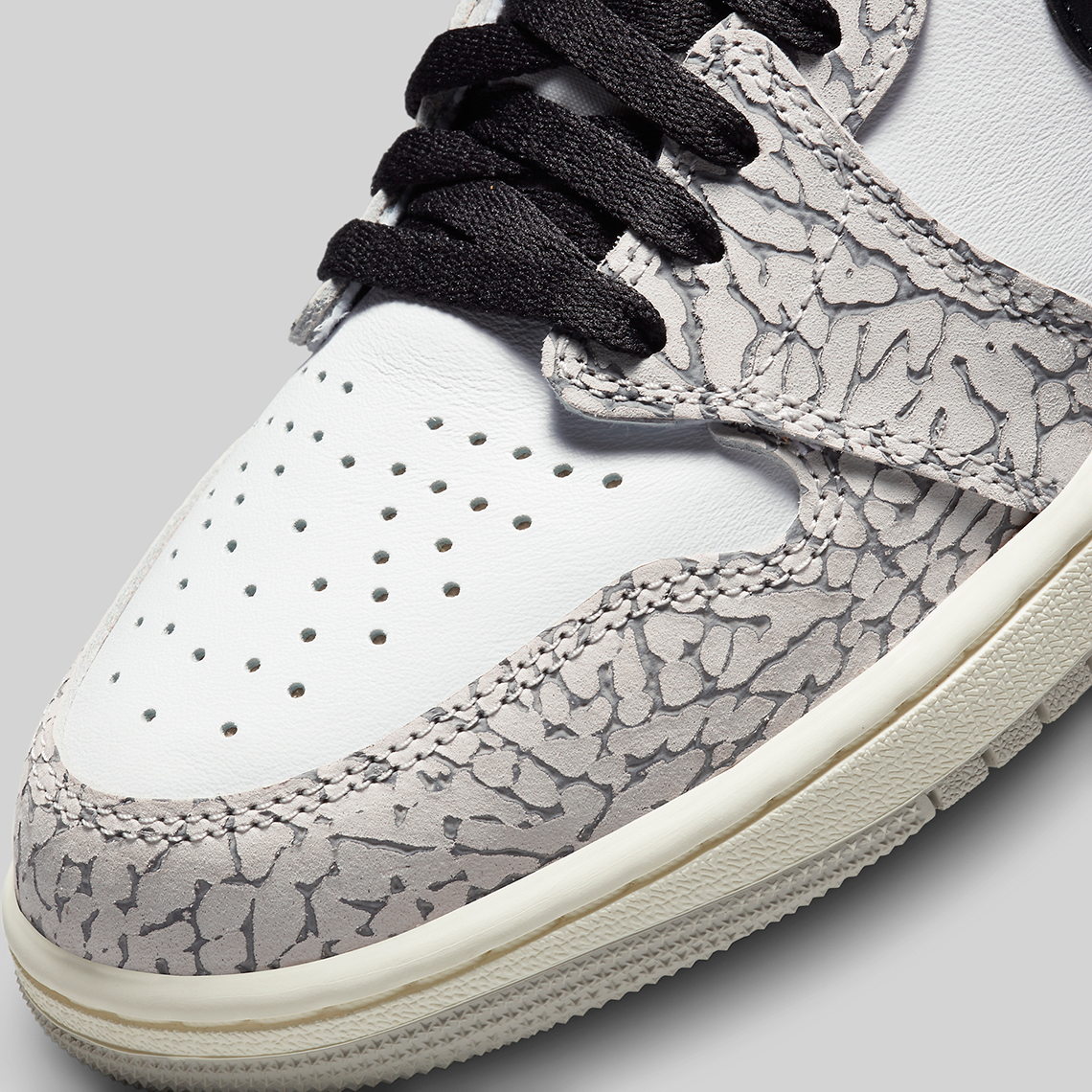 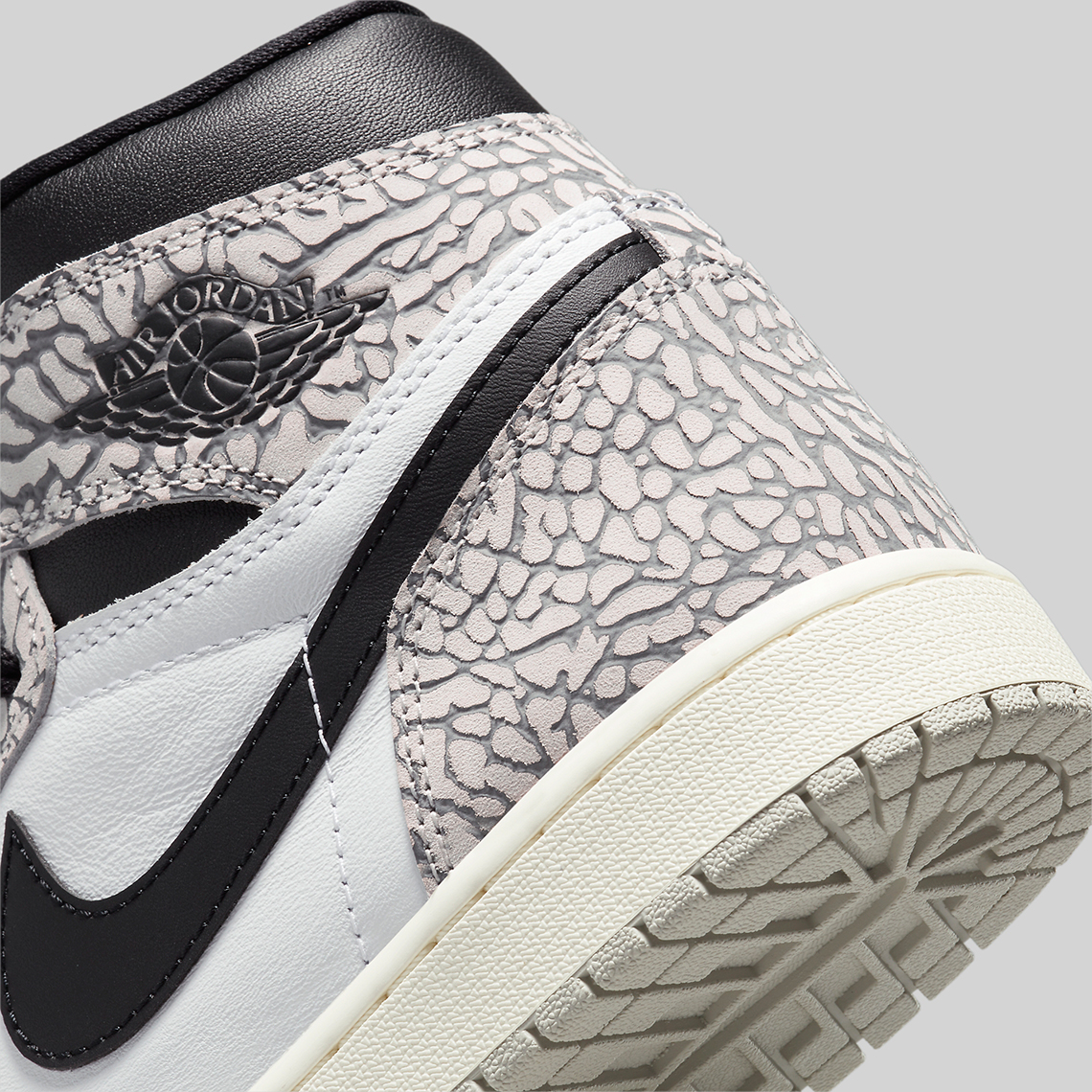