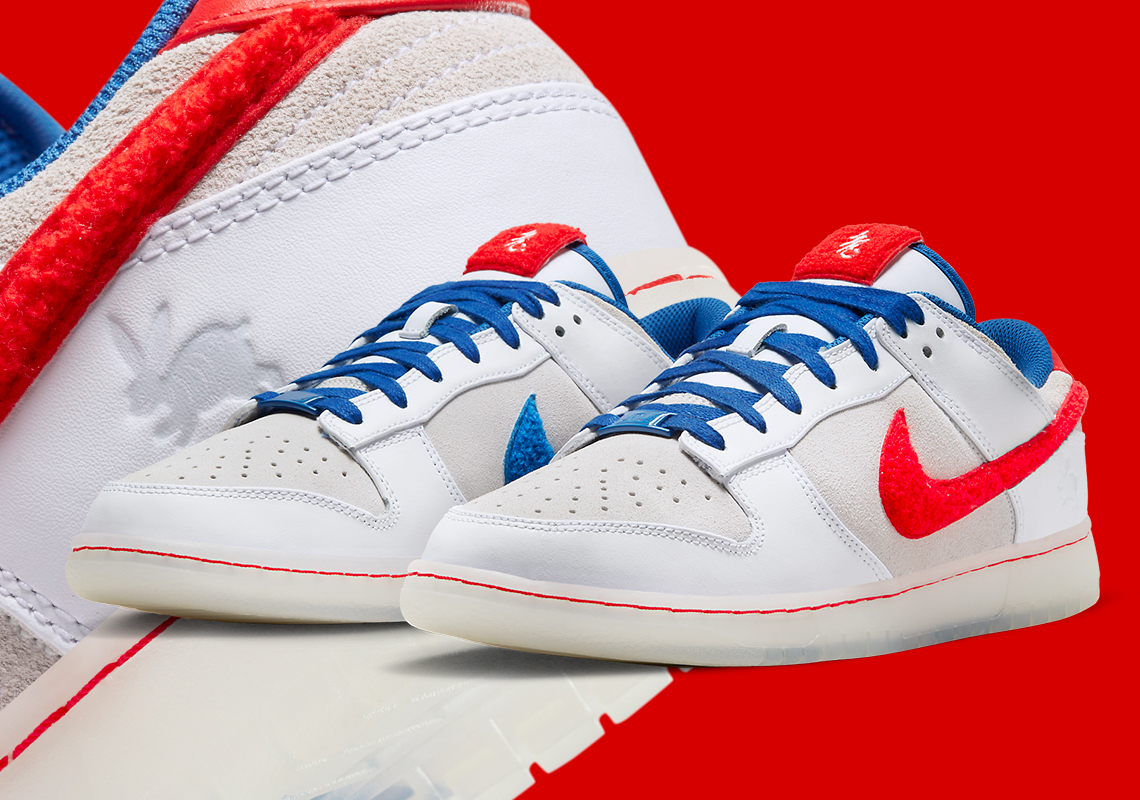 For the upcoming “Year Of The Rabbit” festivities in 2023, Nike is looking back to the last occurrence of the zodiac animal for some inspiration.

That would be in 2011, when Nike Sportswear dropped one of the best “Year Of The…” Air Force 1s in history. Inspired by a traditional milk cream-flavored candy popular in China, the original Air Force 1 “Year Of The Rabbit” features a white, red, and blue colorway to match the signature candy wrapper. The fully opaque outsole mimicked the translucence of the candy itself, while the chenille materials on the Swoosh and tongue logos were set to represent the furry nature of the rabbit. Retail price was set at $250, while a Friends And Family edition with special packaging landing in the hands of the world’s foremost collectors and VIPs.

For 2023, Nike is transferring the same colors and details to the Dunk Low. This first look at official images reveals the same use of colors and materials on the uppers, but with the added rabbit logo on the heel, pressed into the leather. The outsole also calls out the connection to the AF1 as the left sole boldly states 2011 while the opposite shoe reveals a 2023. 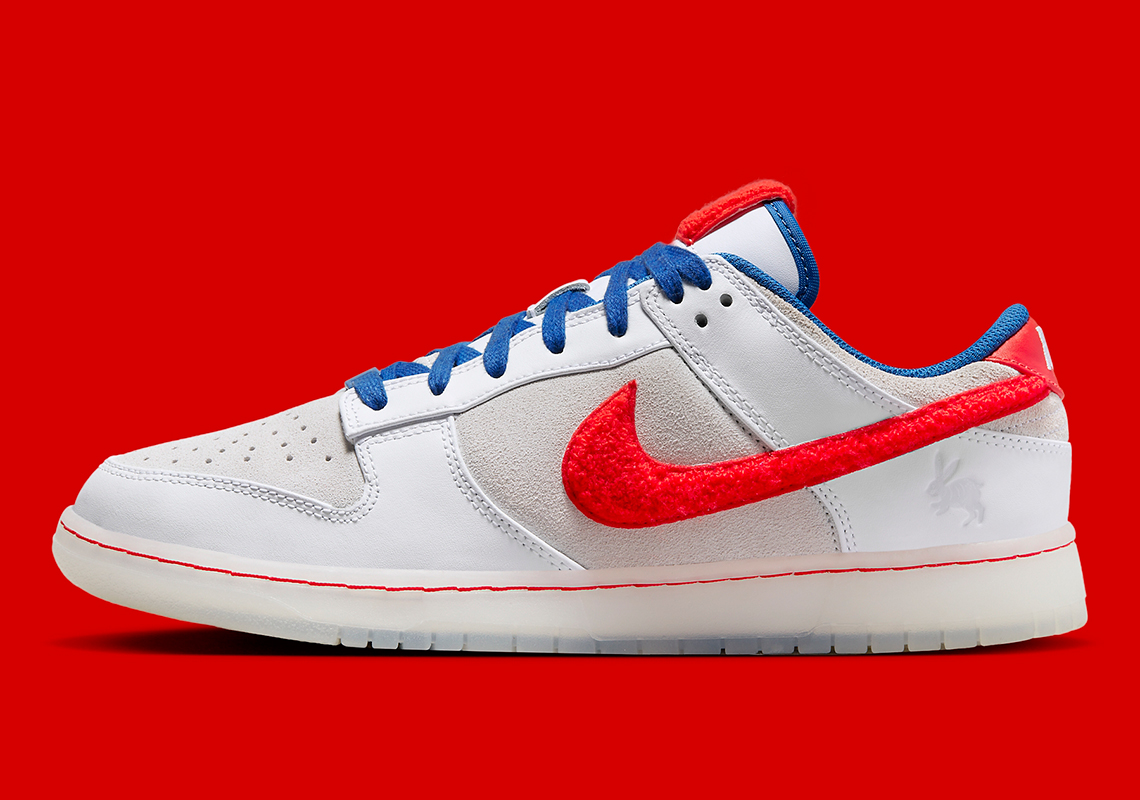 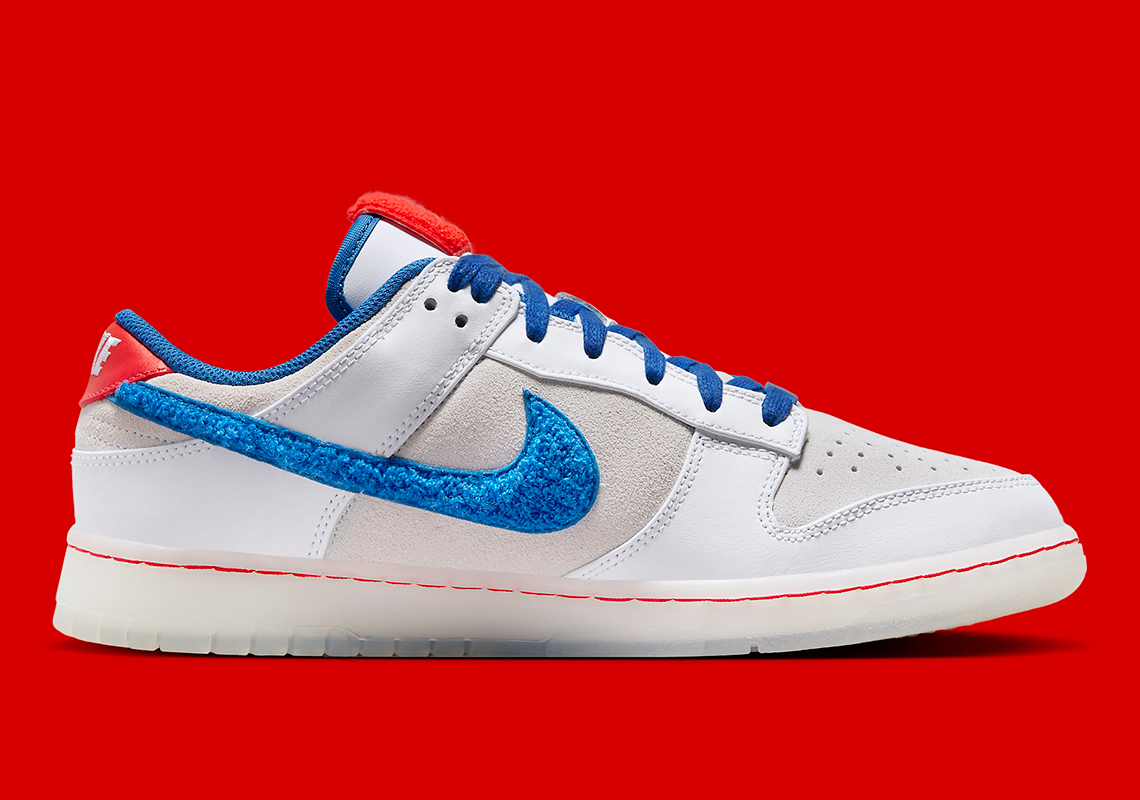 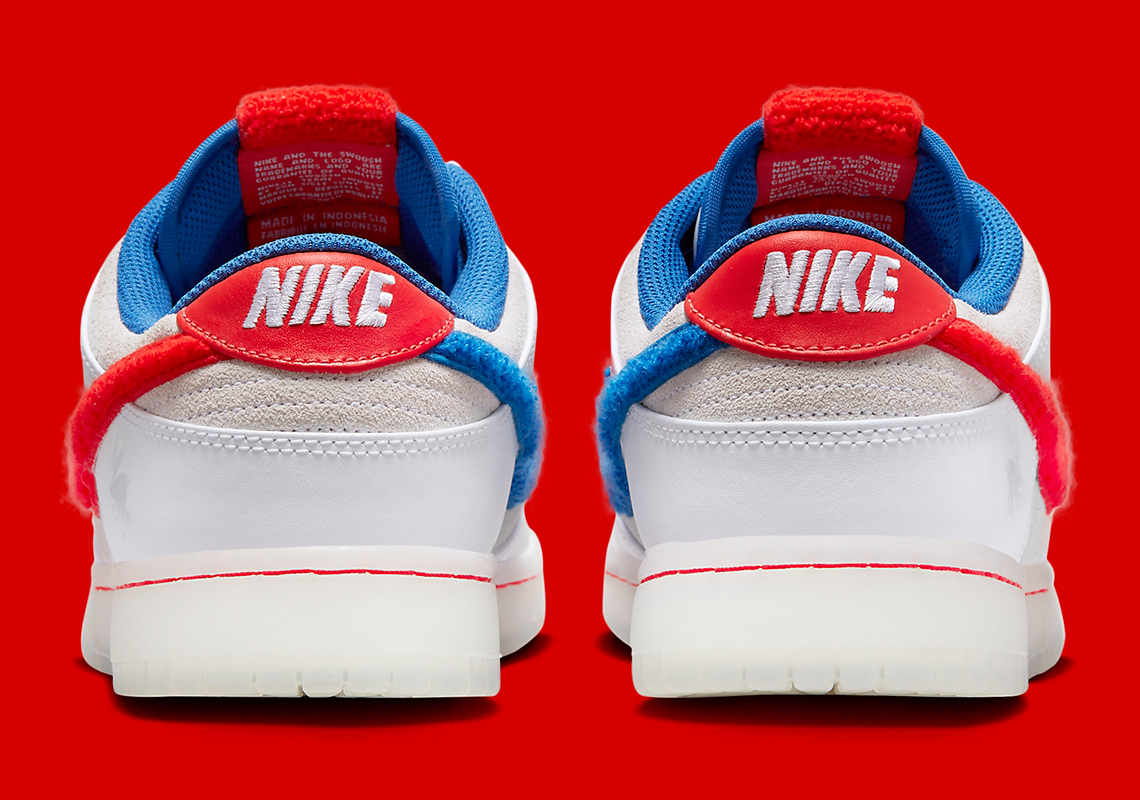 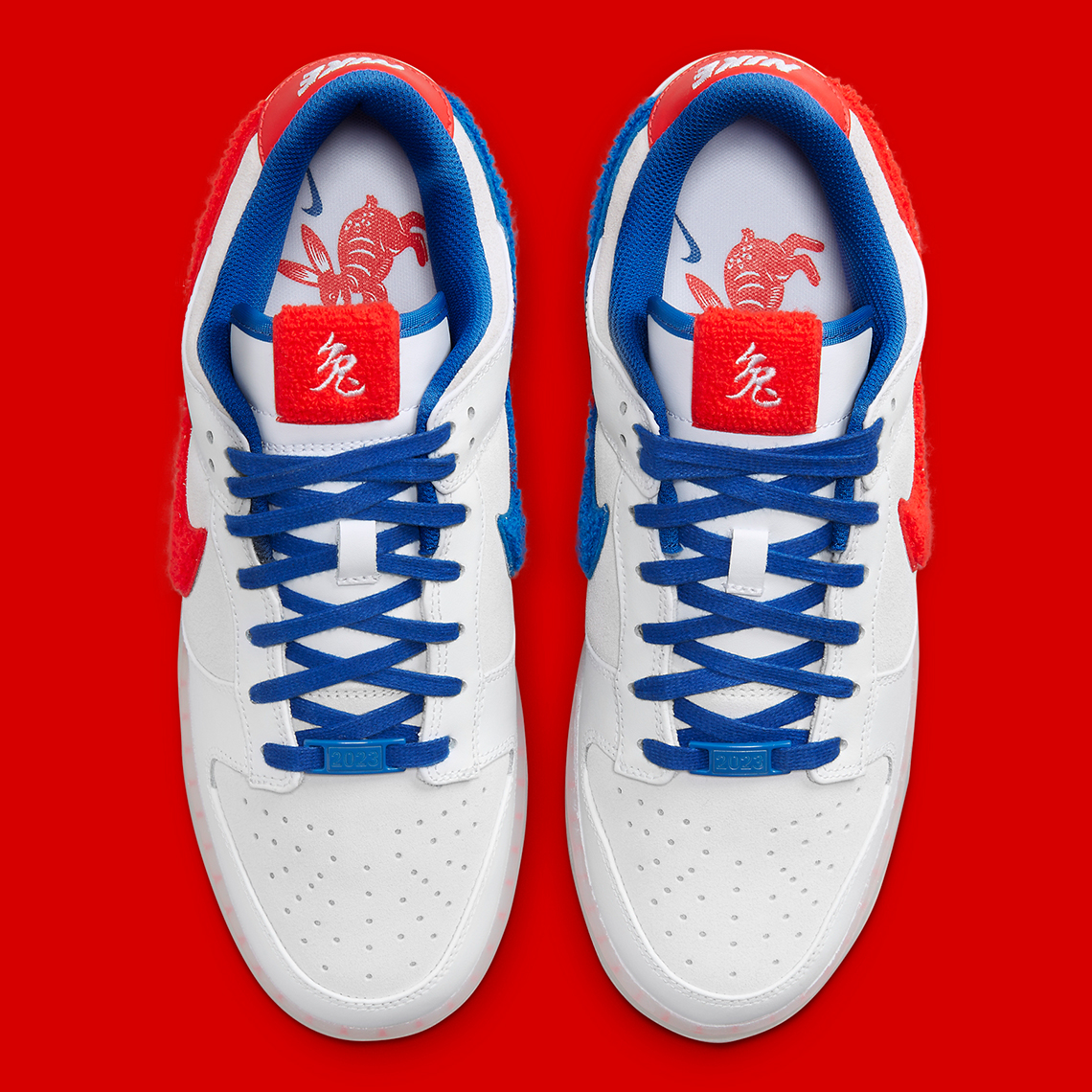 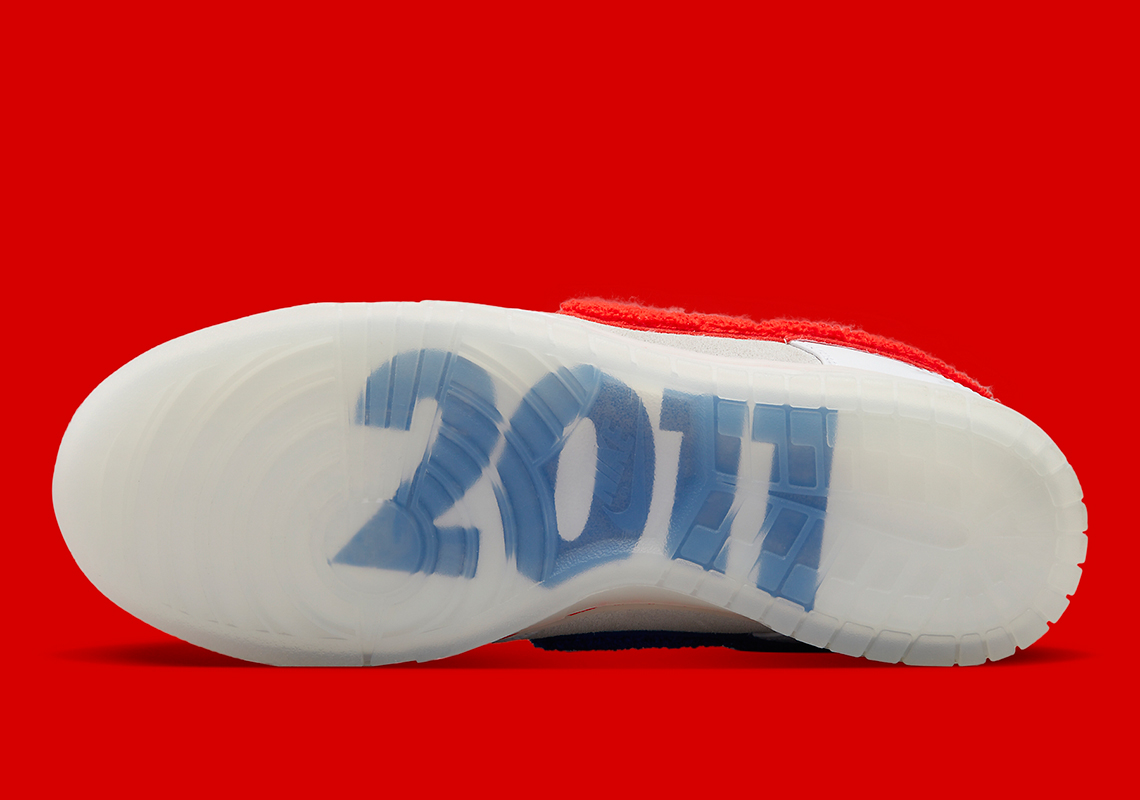 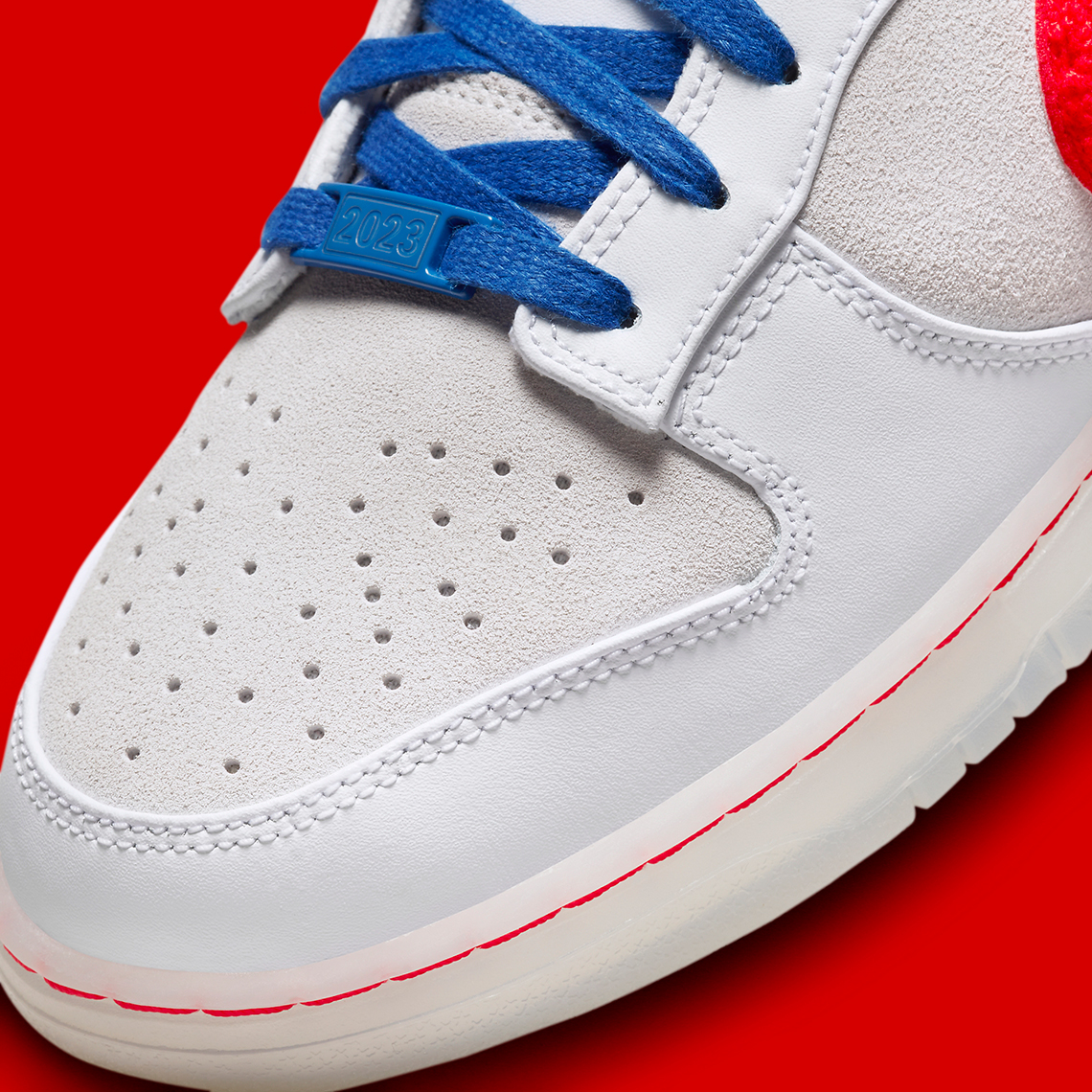 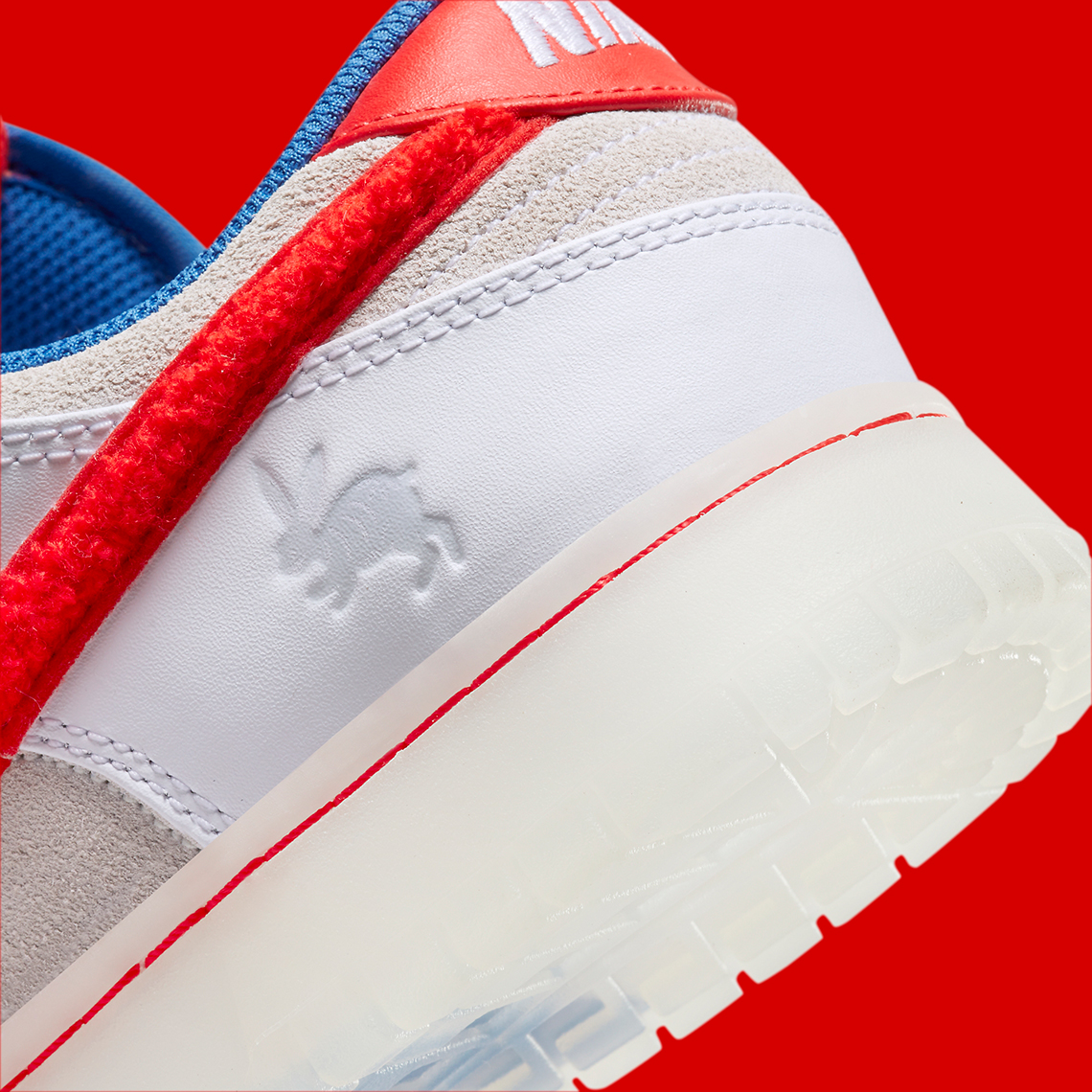 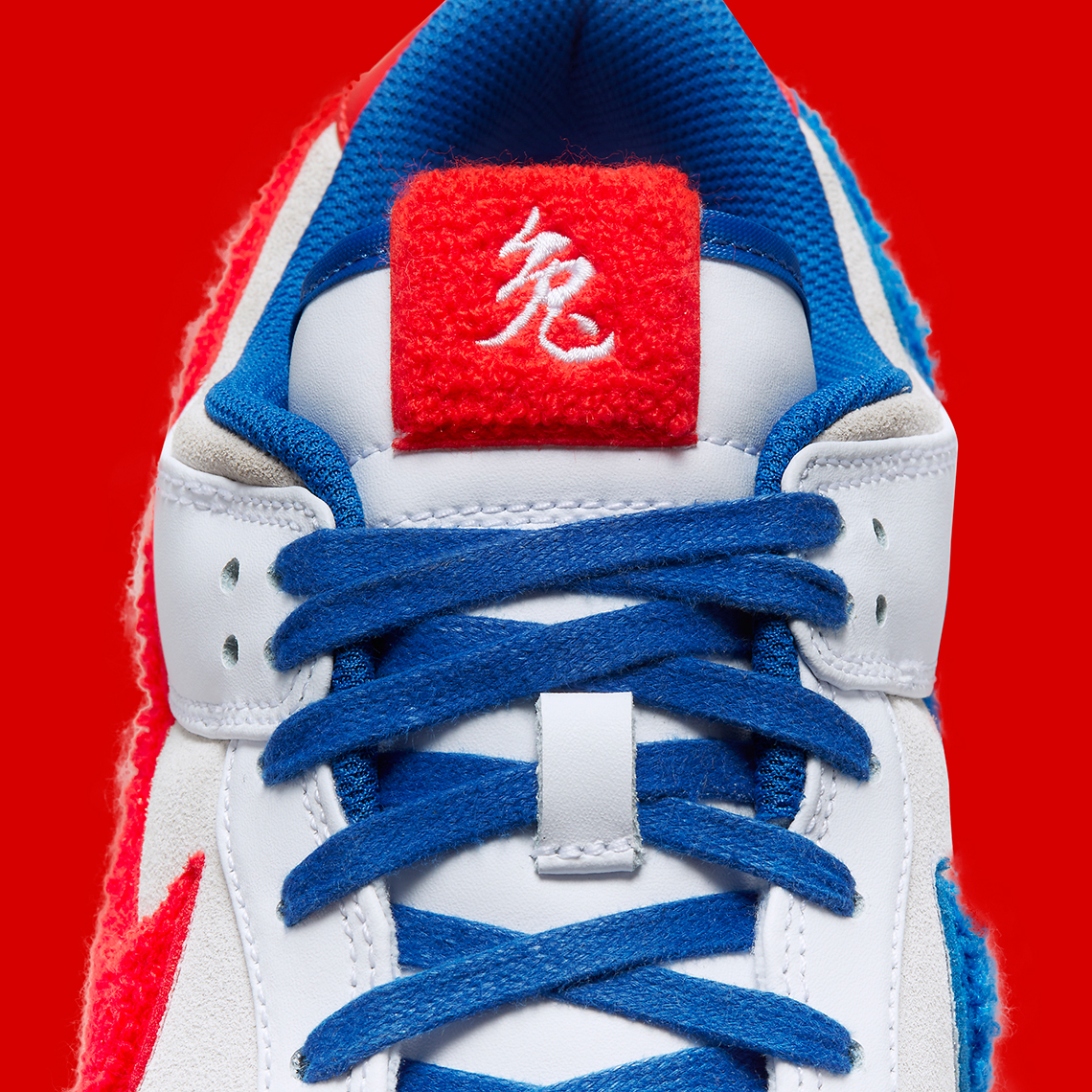 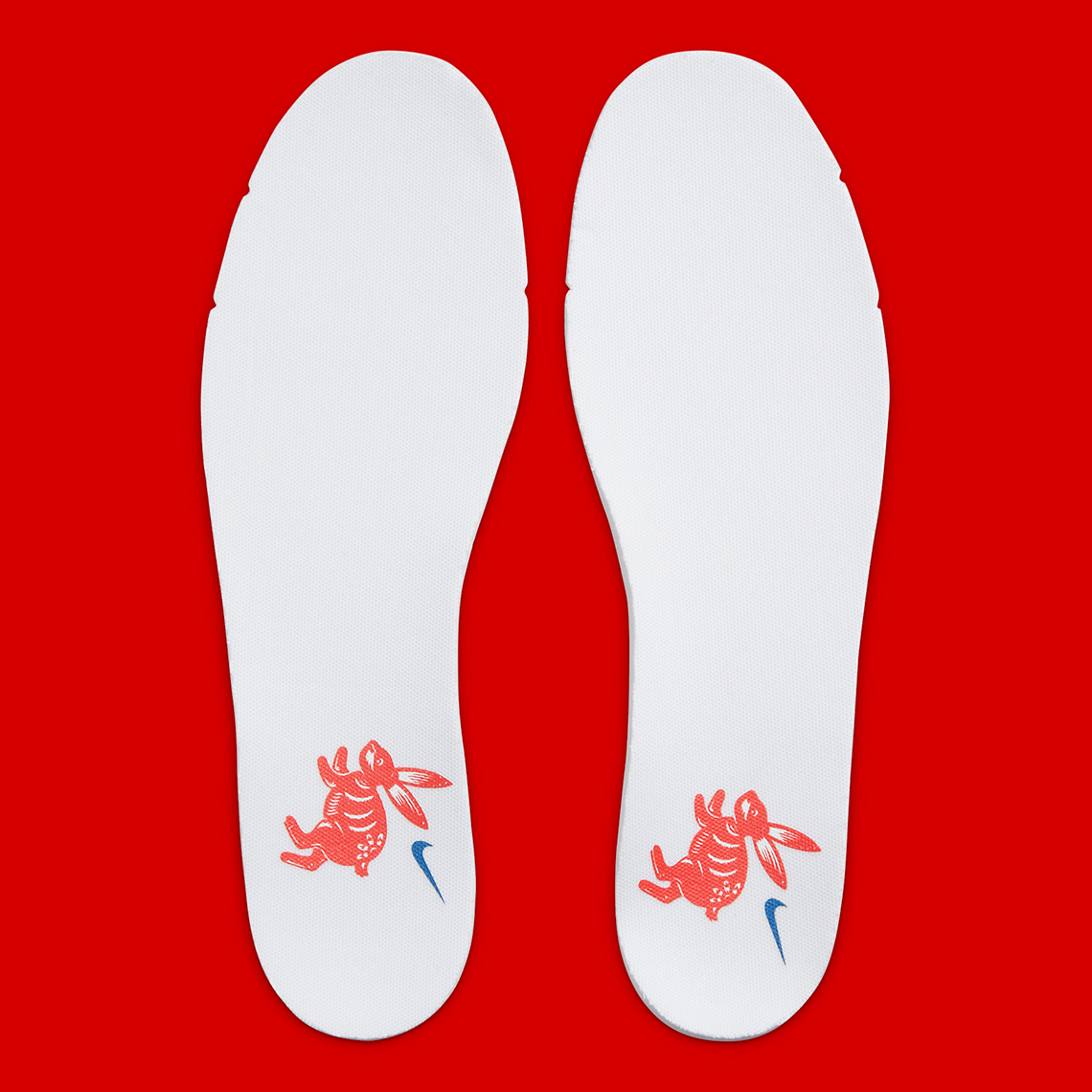 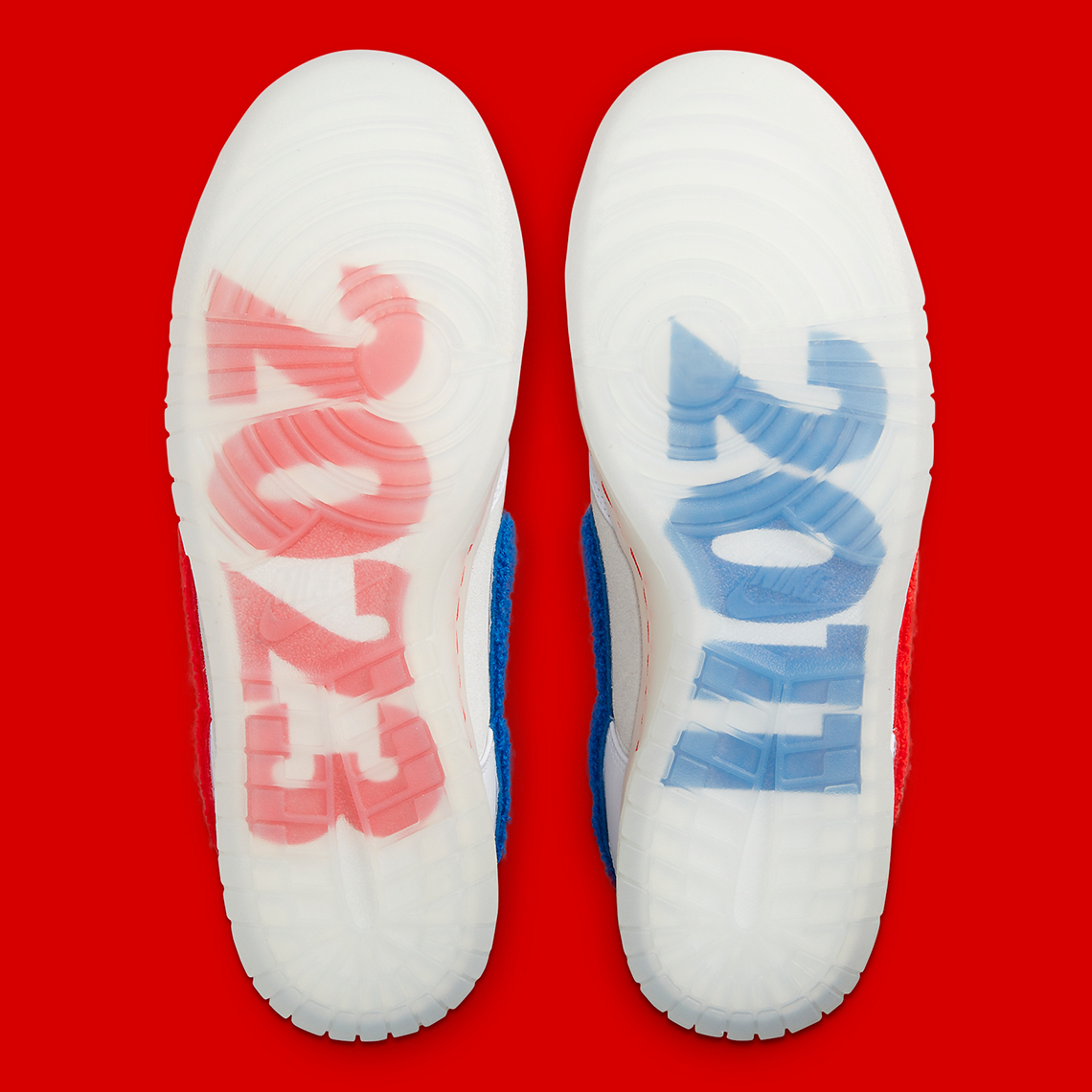 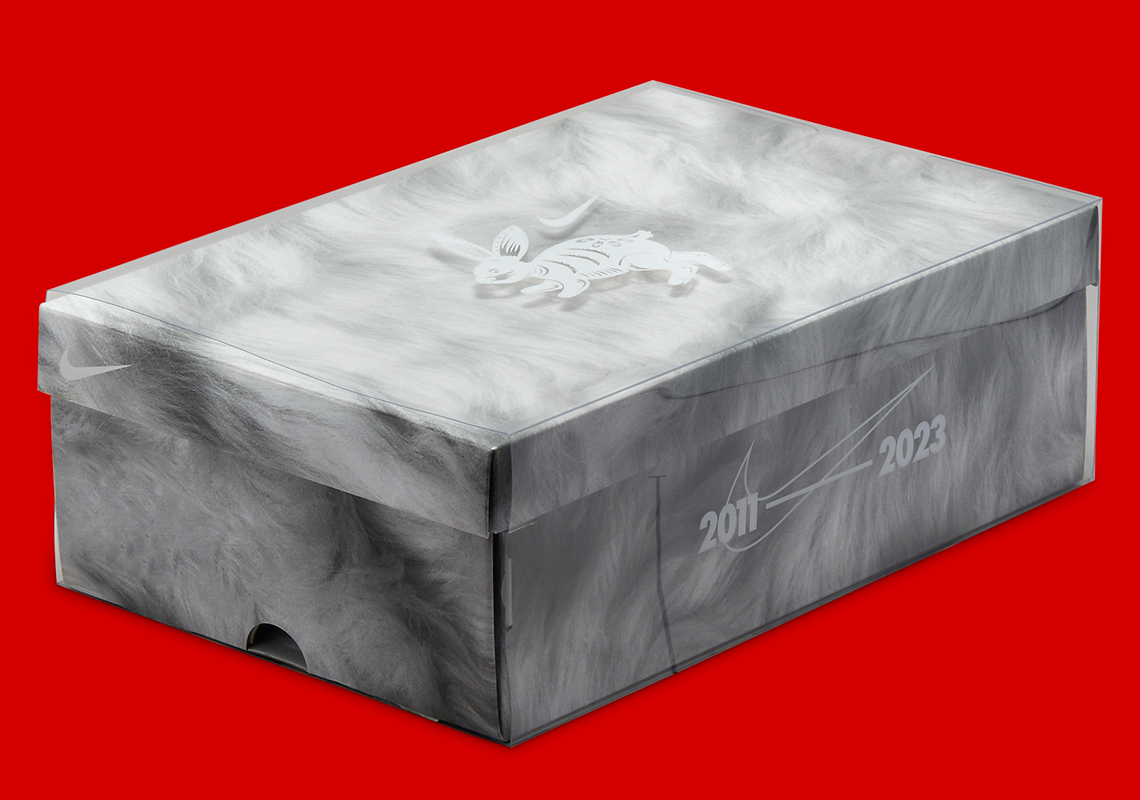