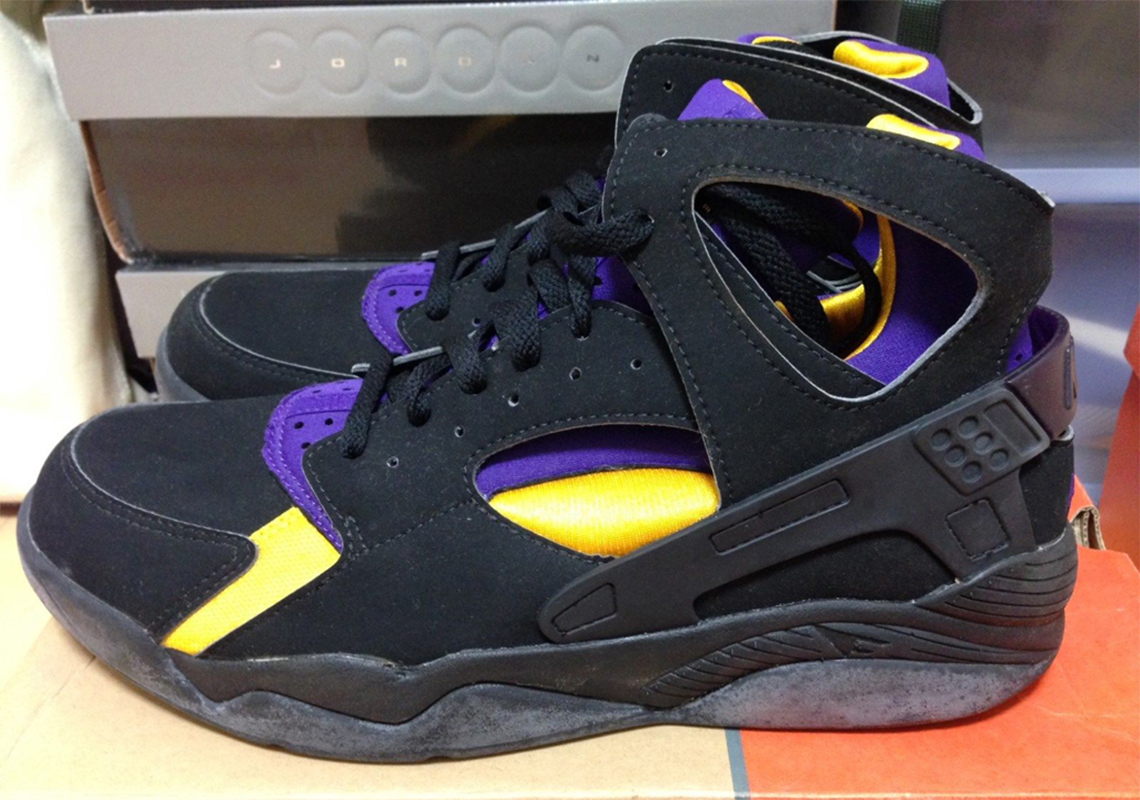 Kobe Bryant’s sneaker “free agency” period that fell in between his time with adidas and Nike was one to remember. An onslaught of Player Exclusives appeared on the Black Mamba’s feet, spanning several brands such as Nike, Reebok, and Jordan. While we may remember the Air Jordans and even some of Allen Iverson’s signature shoes, there were plenty of understated issues like this classic Air Flight Huarache.

Dressed in a black suede and accented with Laker purple and gold, this Air Flight Huarache PE was made just for Kobe Bryant, with pairs randomly appearing on auction sites like eBay. In fact, the last known photo is from this eBay auction from back in 2014. The good news, is that this Air Flight Huarache is set to release sometime in 2023, which likely means the 1991 basketball model will be available in more colorways as well. The “Home” version of this model released back in 2015.

Not much else is known regarding this release, so stay tuned for updates. In other news, the Air Max CB 94, in the original black/purple/white, is set to release again sometime in 2023.