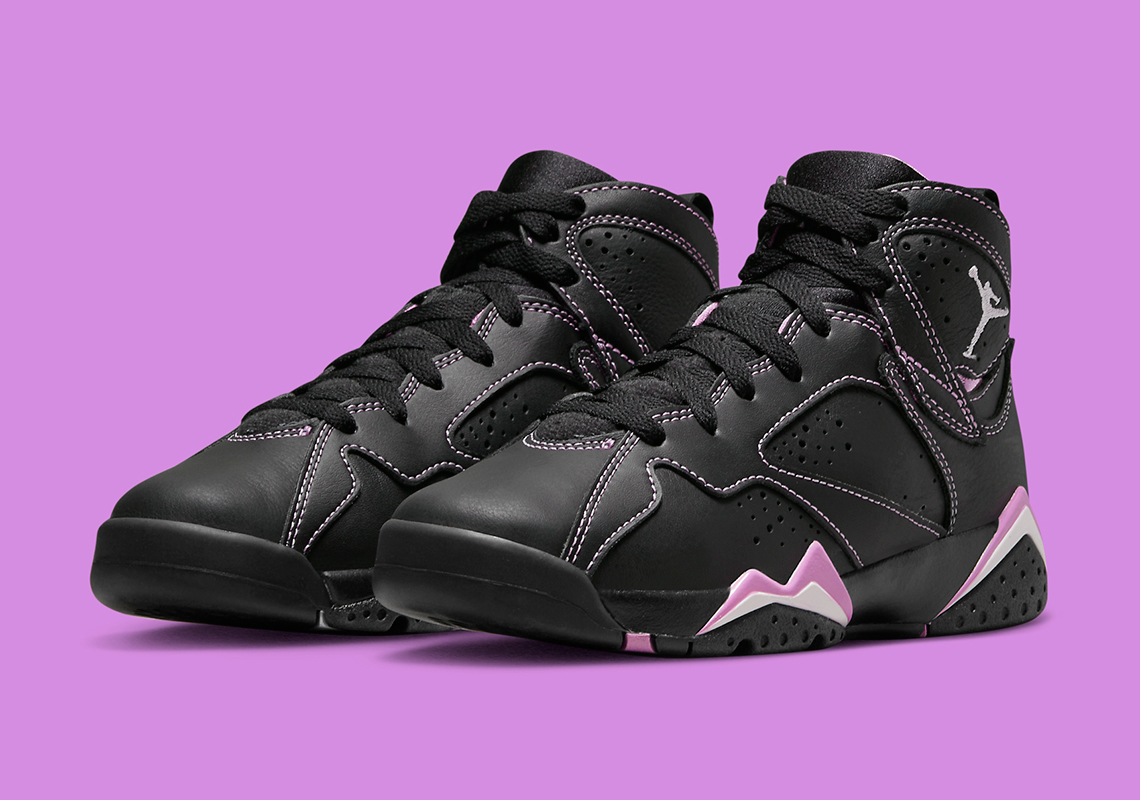 While the Nike Air Force 1 and Air Max 97 dominated The Swoosh’s hallmark celebratory offerings throughout 2022 with their subsequent 40th and 25th anniversaries, just a few buildings over Jordan Brand have devised their own plans for a handful of festivities in 2023, namely the Air Jordan 7’s 25th year in rotation.

As the silhouette expanded upon its in-line offerings through the likes of OG “Cardinal” hues and collaborative efforts with Trophy Room, the brand is now tapping the model most widely attributed with Jordan’s second championship for a youth-exclusive effort featuring a hidden array of purples.

Similar to that of its upcoming “Chambray” proposition, the upper harkens a near-clad black effort by way of tumbled leather overlays and perforated panels, further extending its murky ensemble across the tongue’s mesh construction, laces and rear pull tabs. Disparate from the latter build’s darkened suede, the entirety of the upper’s panels receive a stitched “Rush Fuchsia” accent, curing further logo branding placed along the tongue and heel. Introducing a second titular accent along the sock liner and tongue trim for a boisterous, tucked-away finish, the duo of light and vibrant purples outfit the midsole in a lasting fashion underfoot.

Set to release on January 24th, 2023 for a retail price of $150, enjoy official images of the GS-exclusive Air Jordan 7 “Barley Grape” below in the meantime.

In other news from the Beaverton-based brand, the Nike Kobe 4 Protro is returning in Summer 2023. 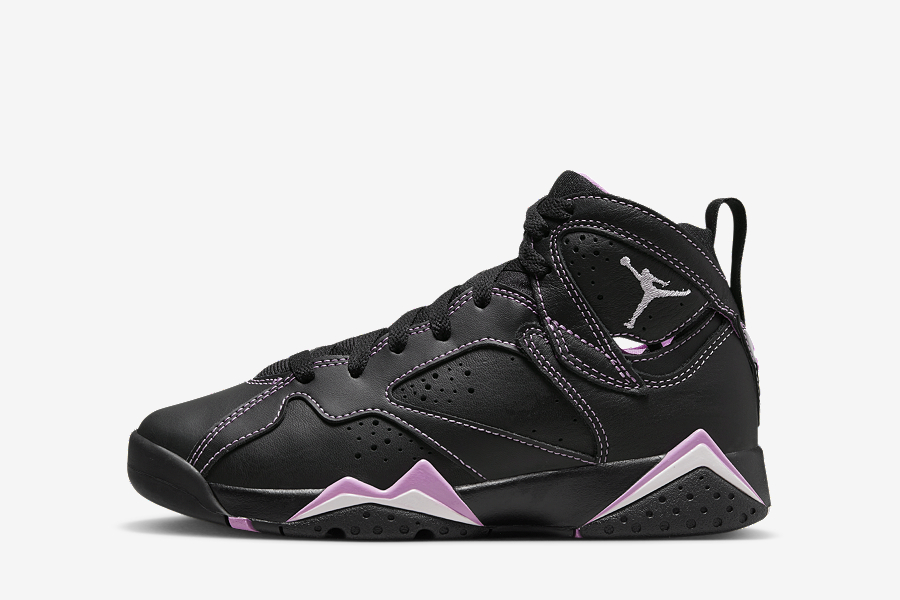 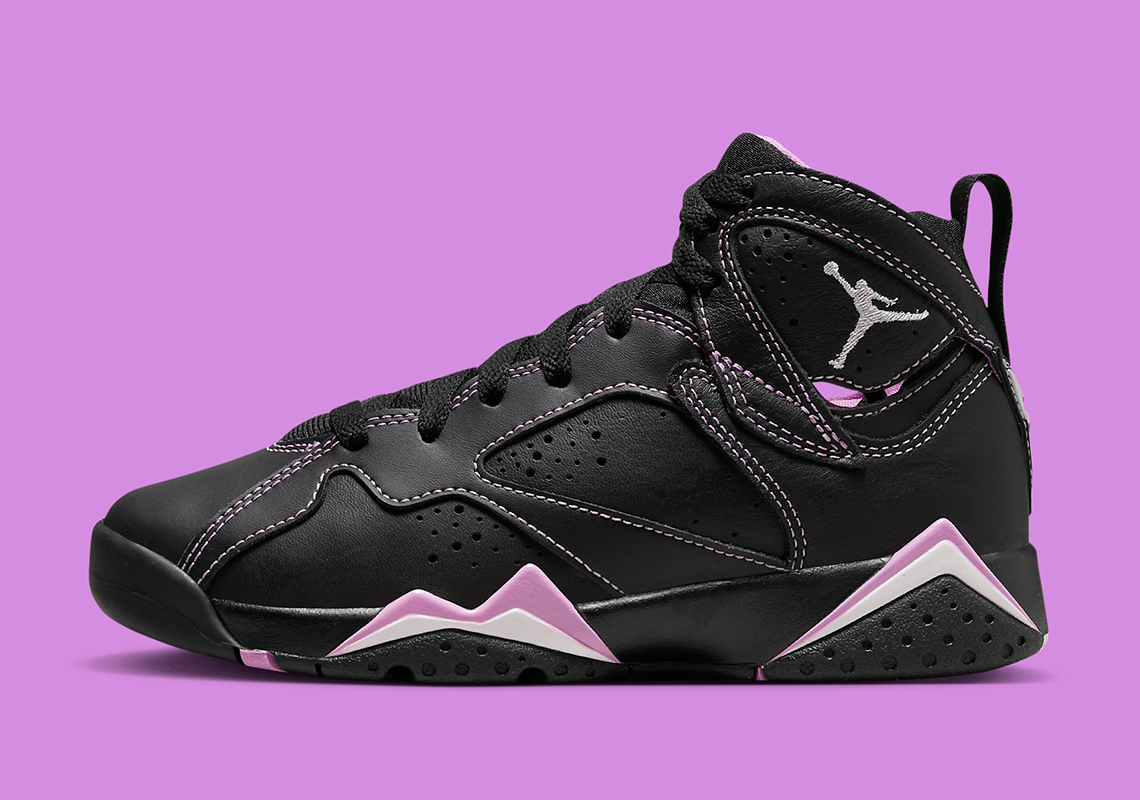 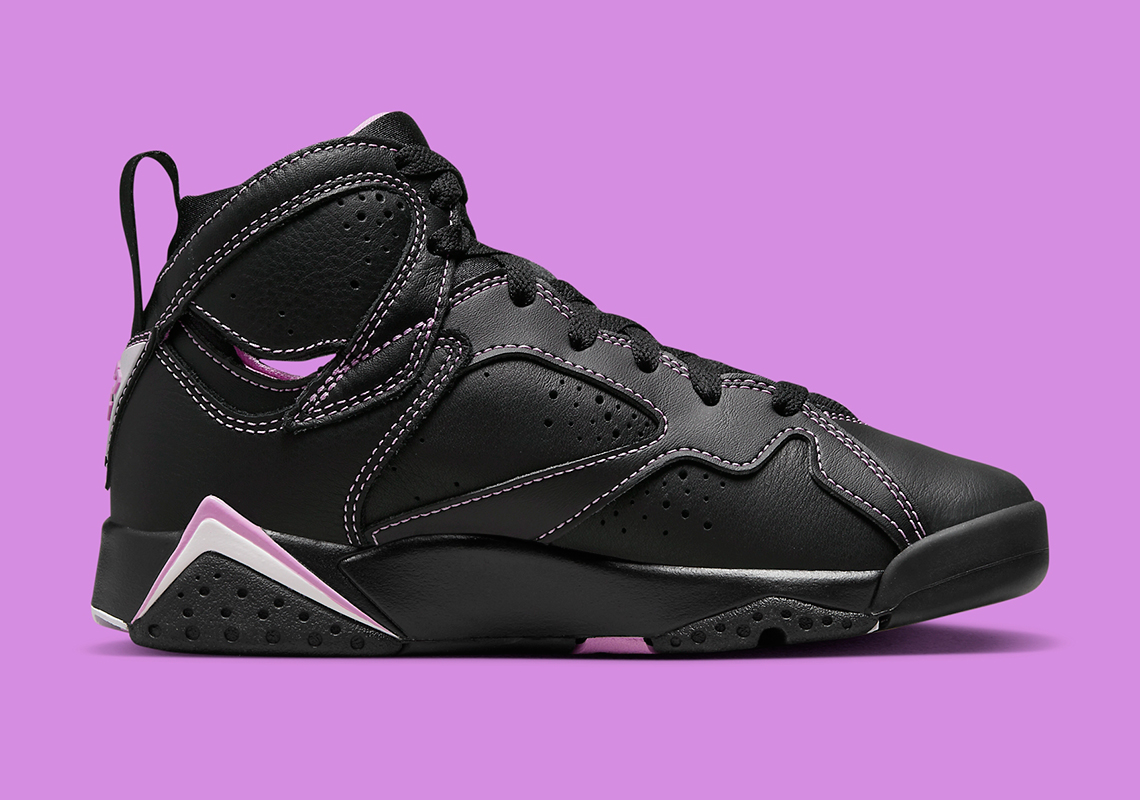 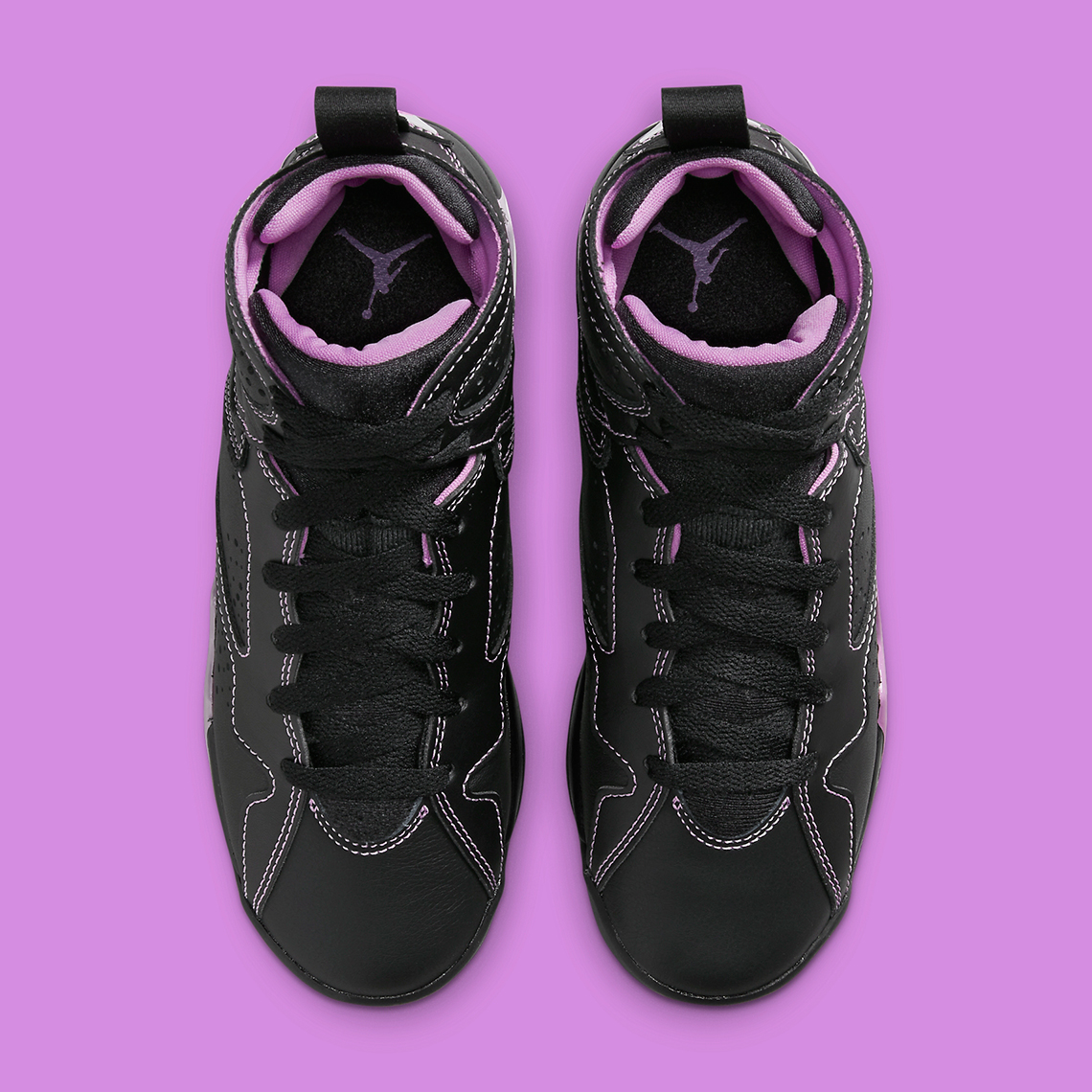 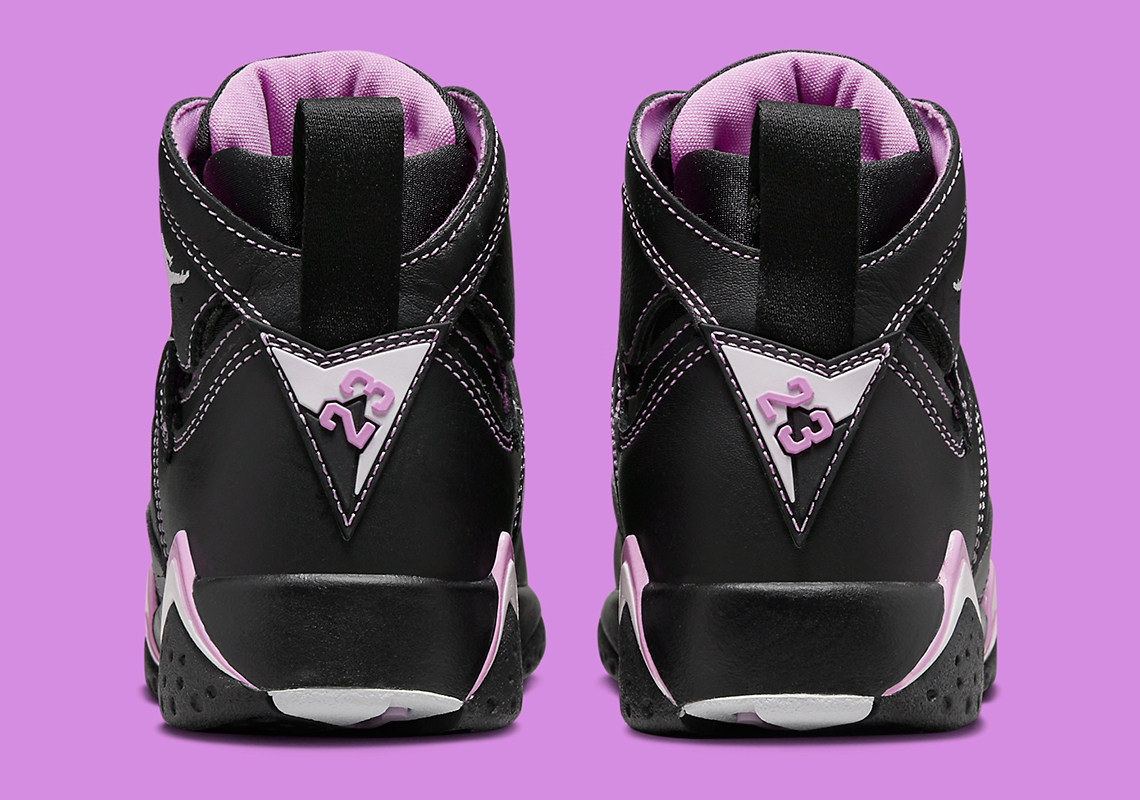 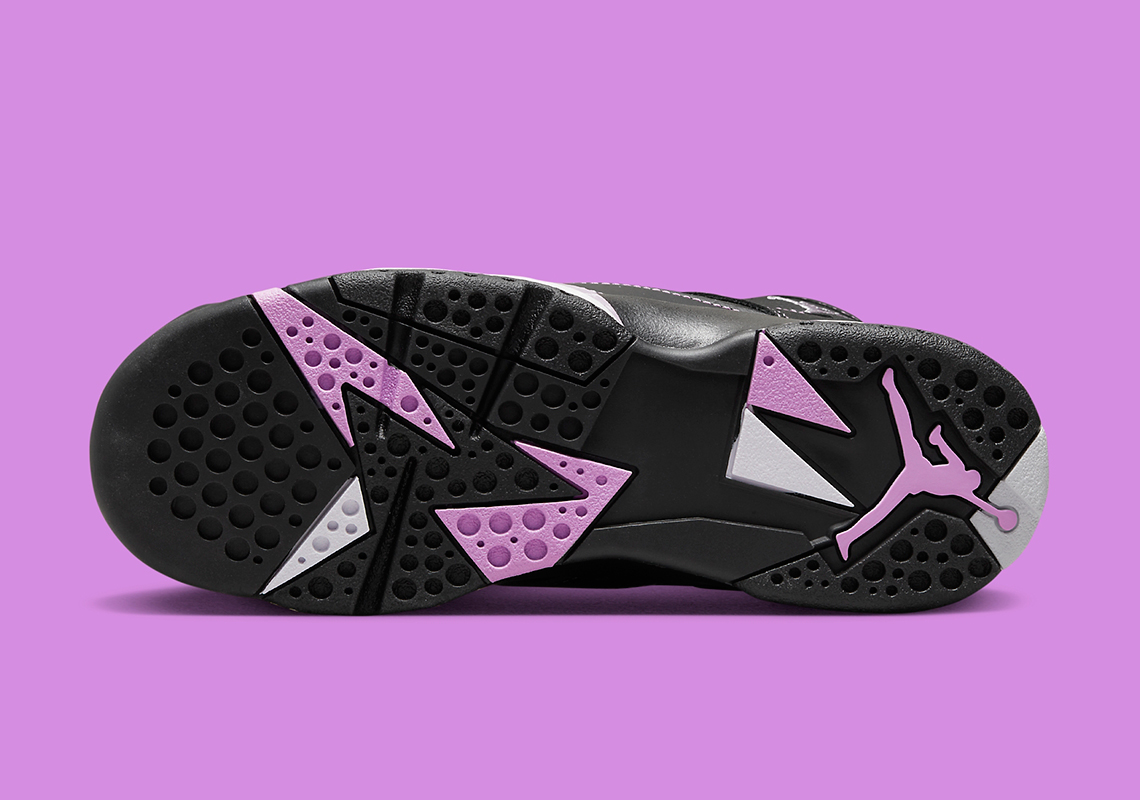 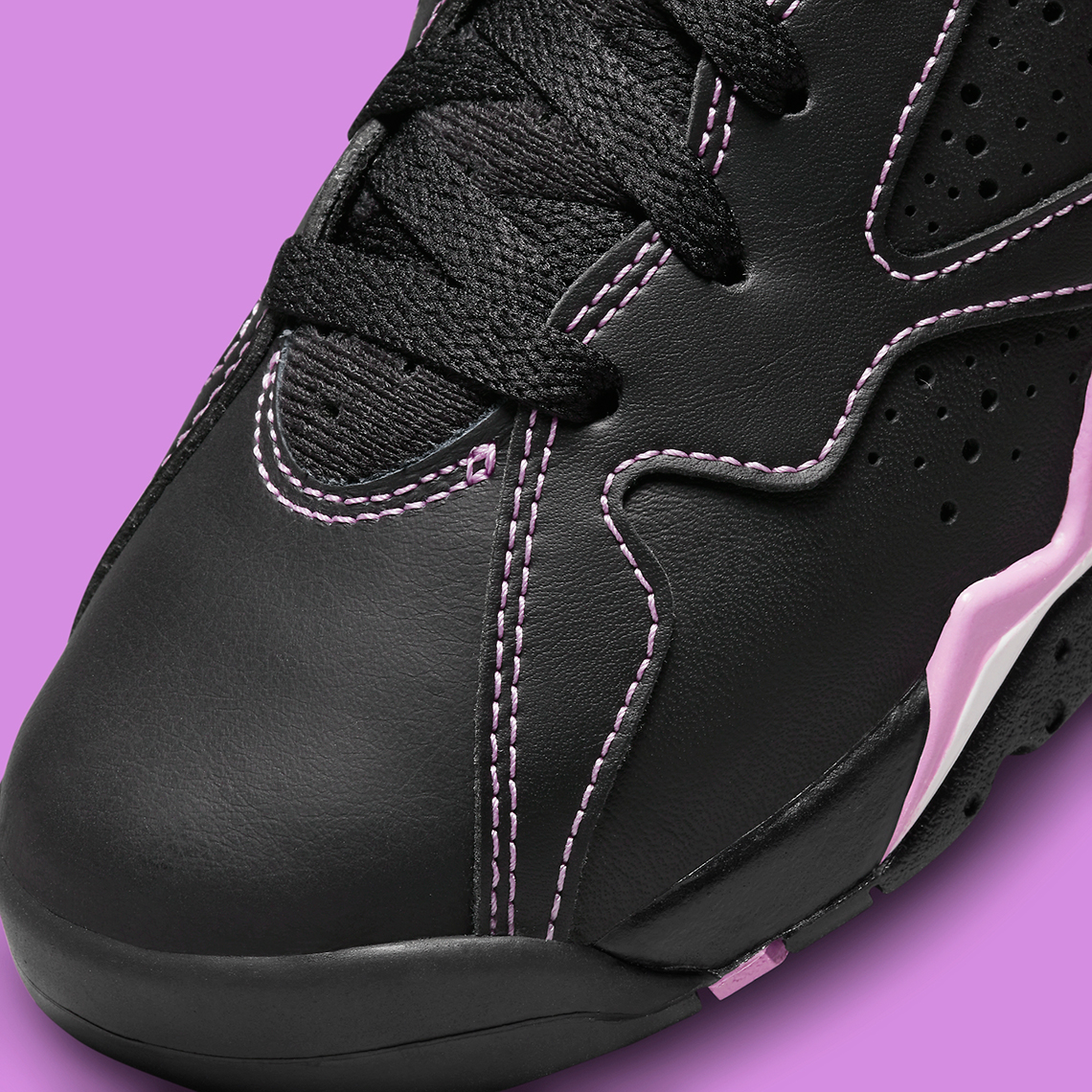 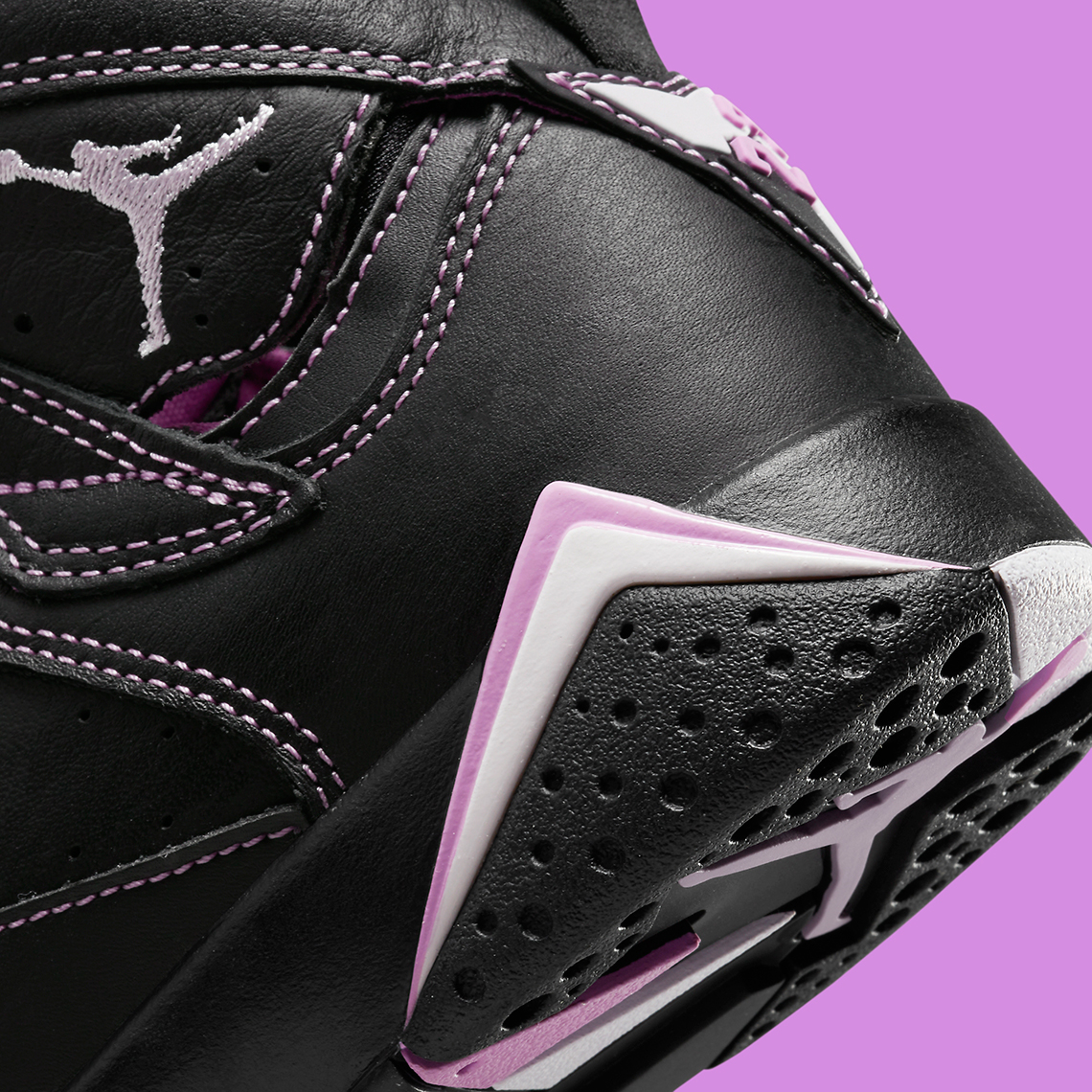