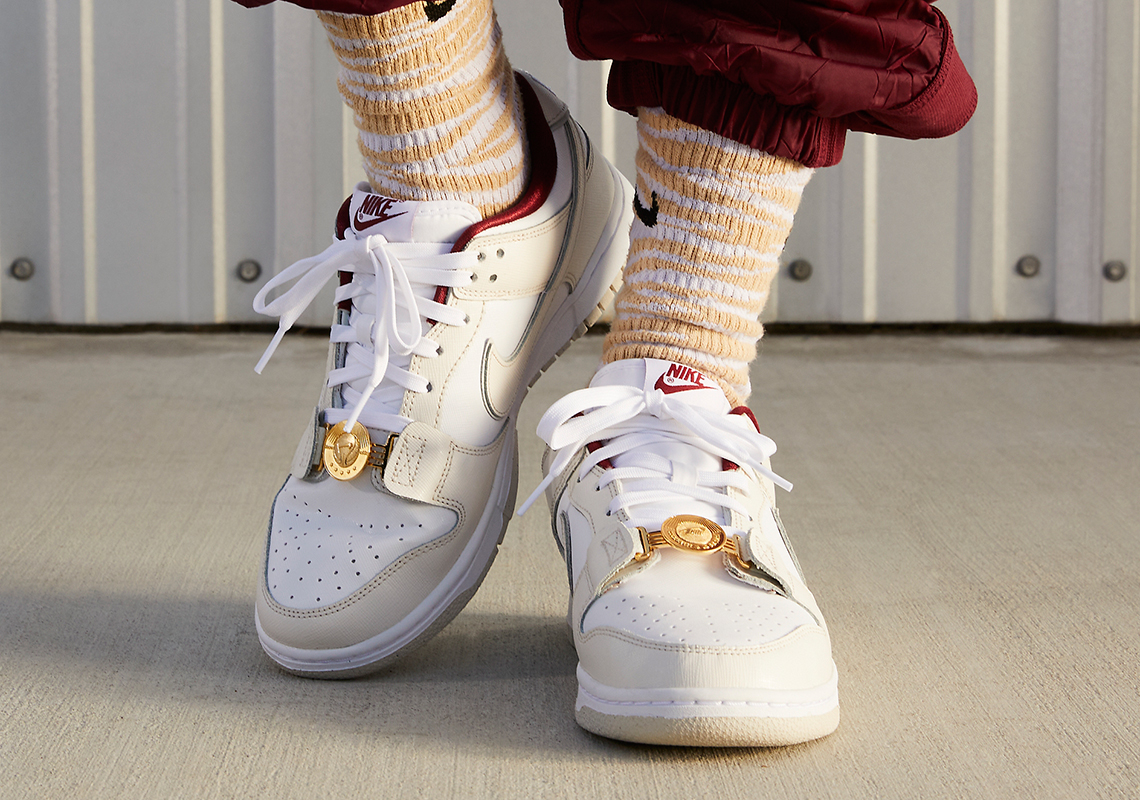 Complementing the previously featured Nike Dunk Low “Just Do It” is a second colorway falling under this design concept umbrella.

The identical cluster of sail, muslin, and team red color options return, complete with the gilded roman numeral detailing on the heel and the enlarged golden lace dubrae that appears like an artifact from ancient times. The lettering on the heel does indicate the year 2023, signifying a release soon — hopefully within the Spring 2023 season. If this style does indeed look familiar, you might’ve seen it shine through across a variety of Nike Basketball and Sportswear classics including the Zoom Cut GT 2 and even the Air Force 1 Low.

This women’s release is set to arrive soon, so check out Nike’s official images as well as a few style shots ahead.

In other Dunk news, check out this closer look at the coffee-flavored Nike Dunk Low “Mocha”. 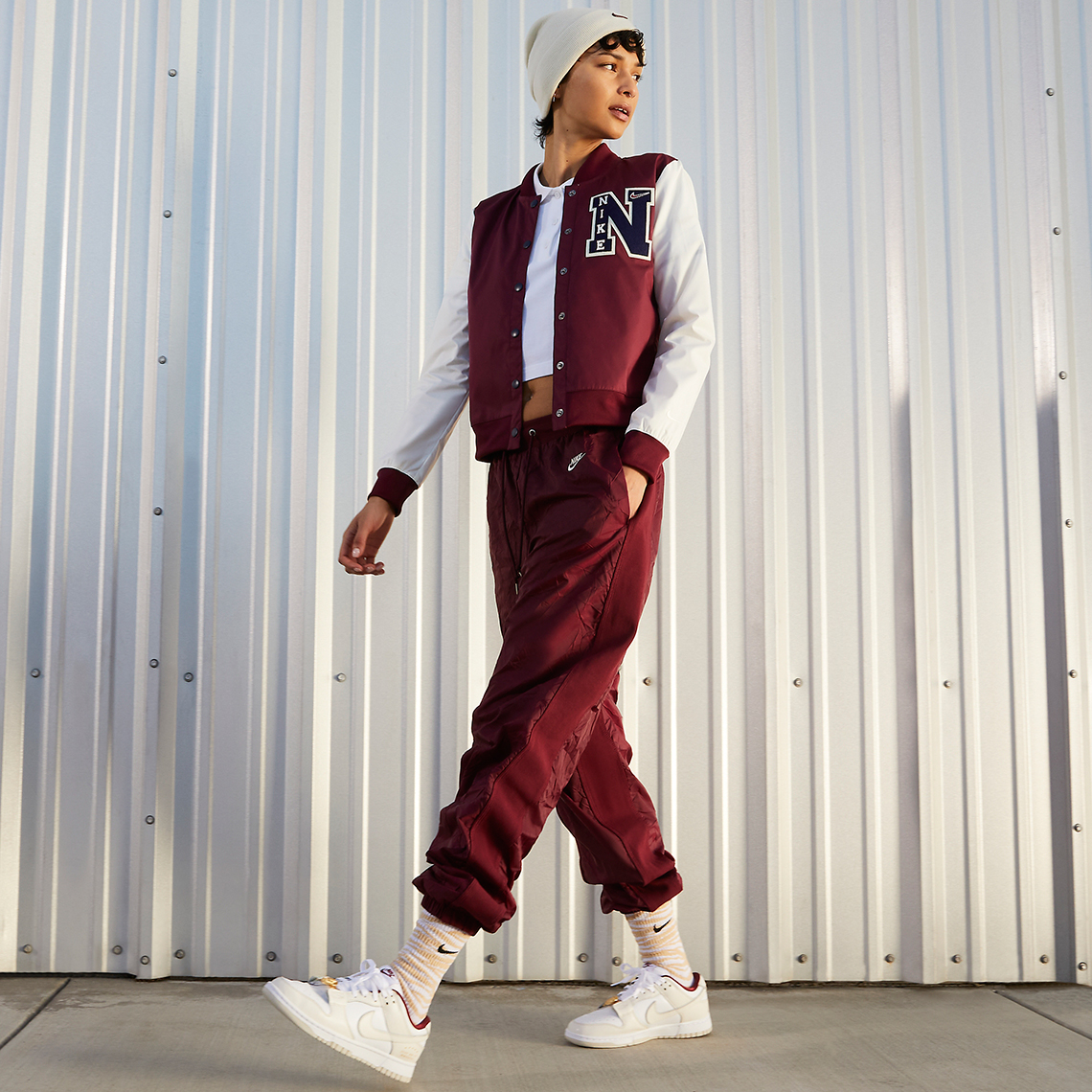 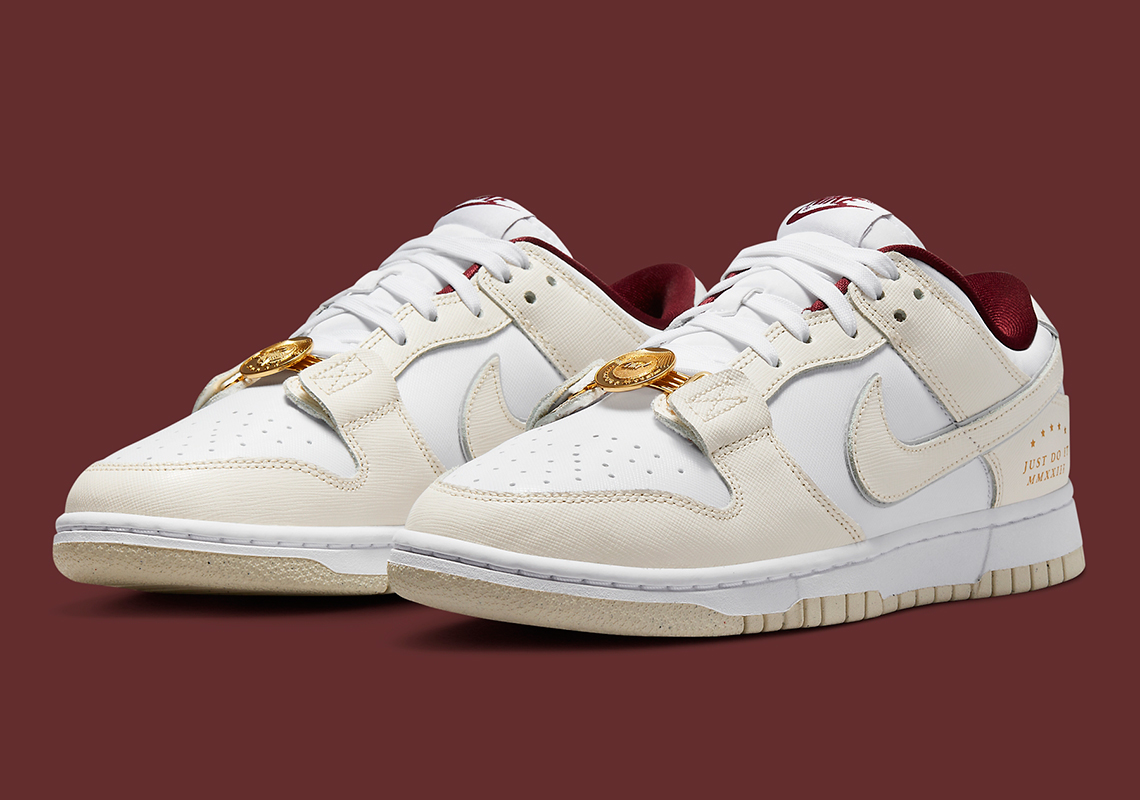 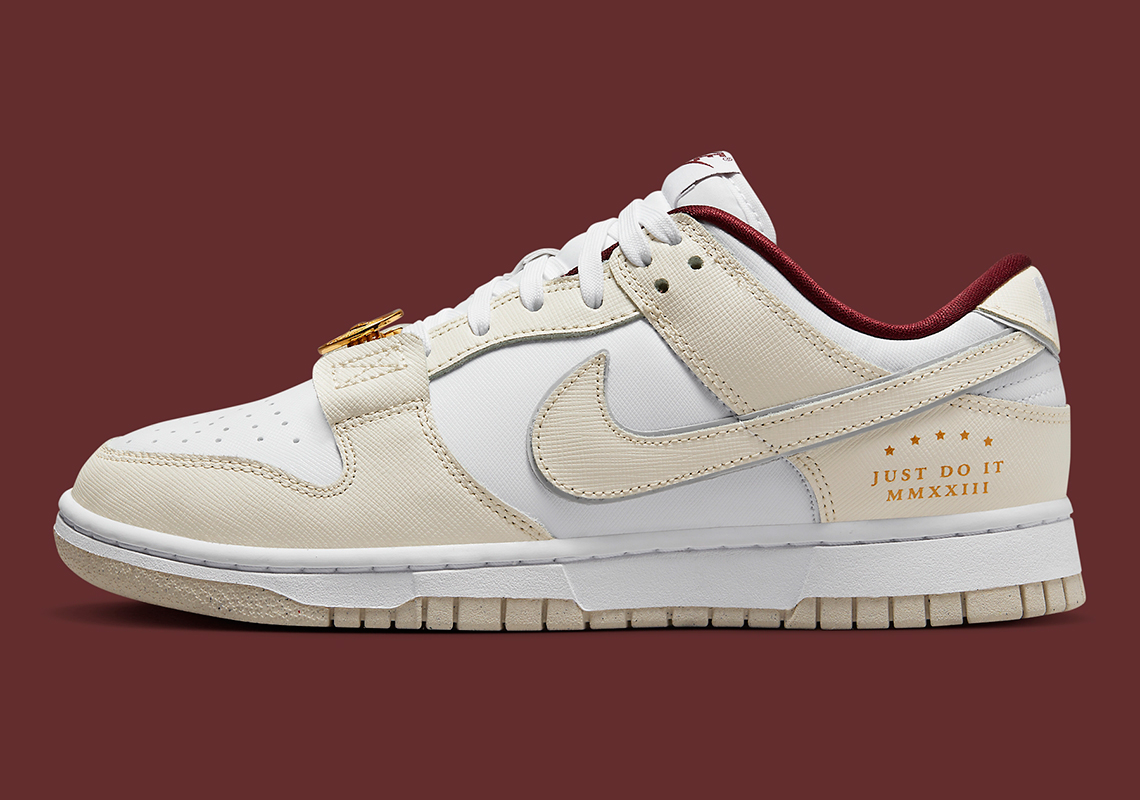 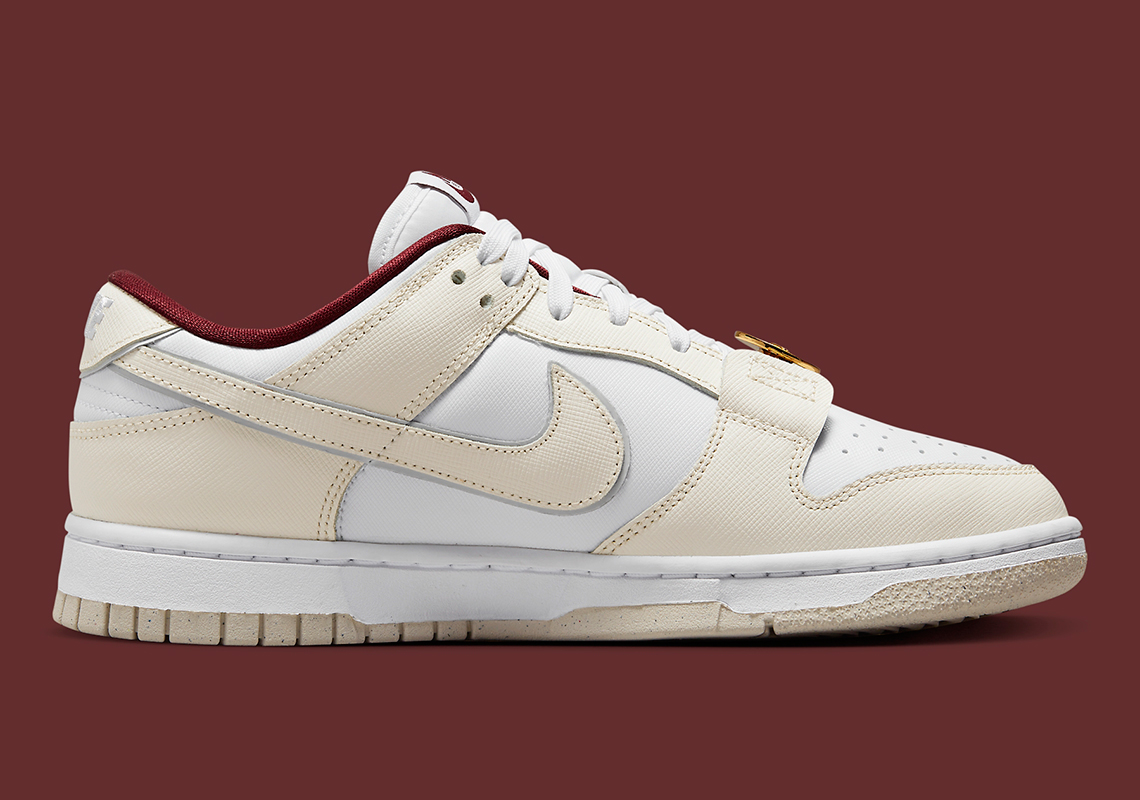 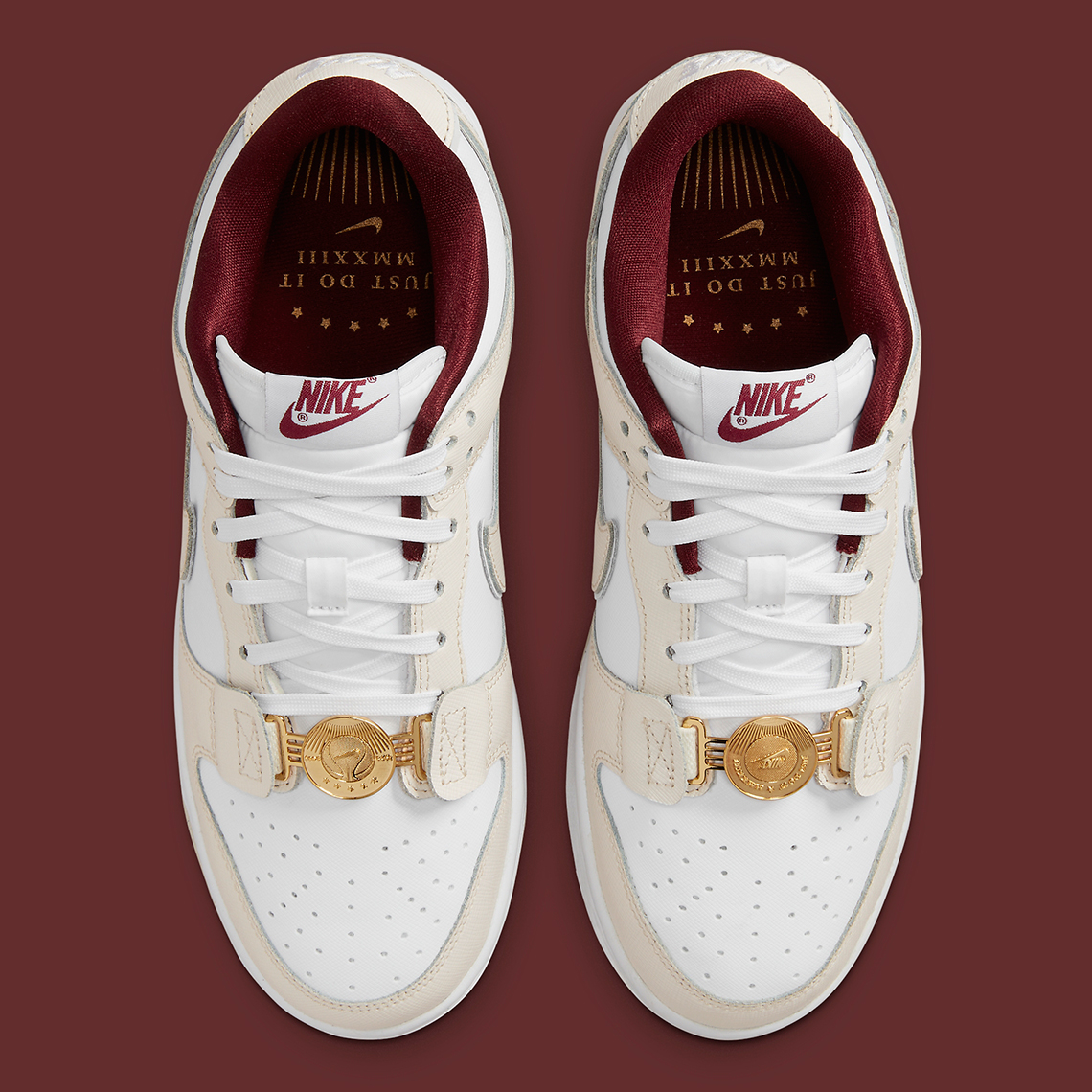 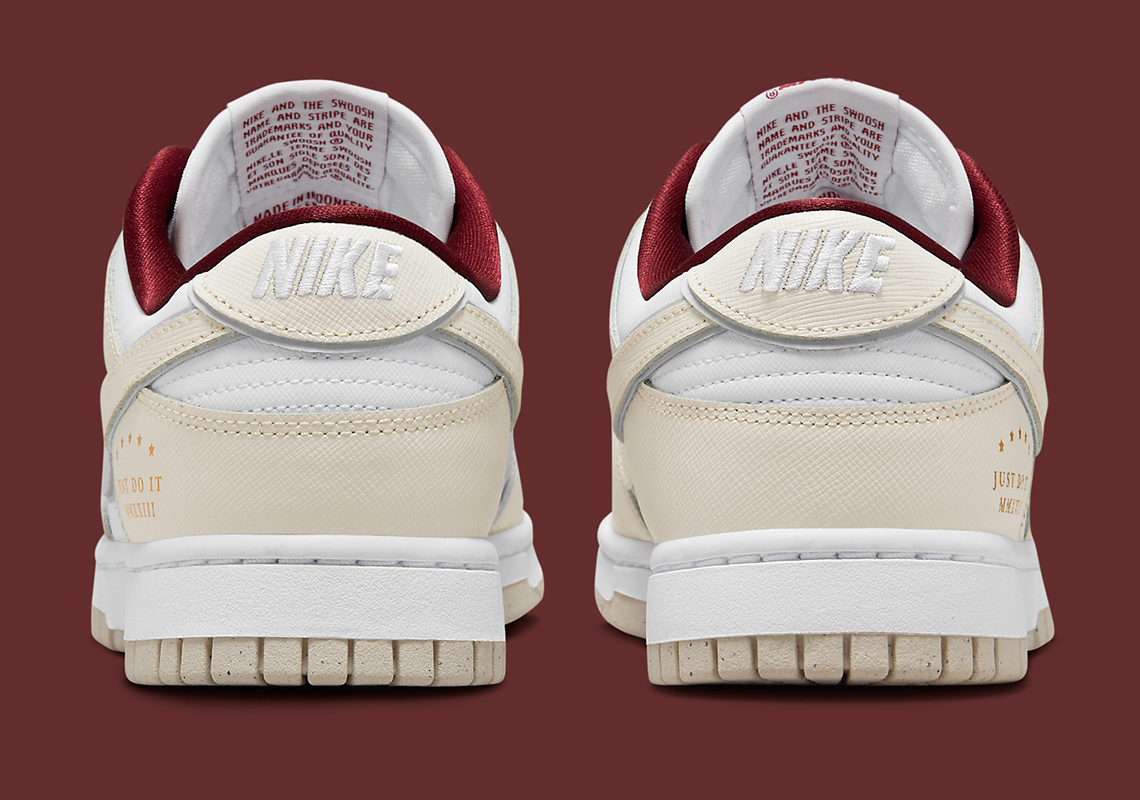 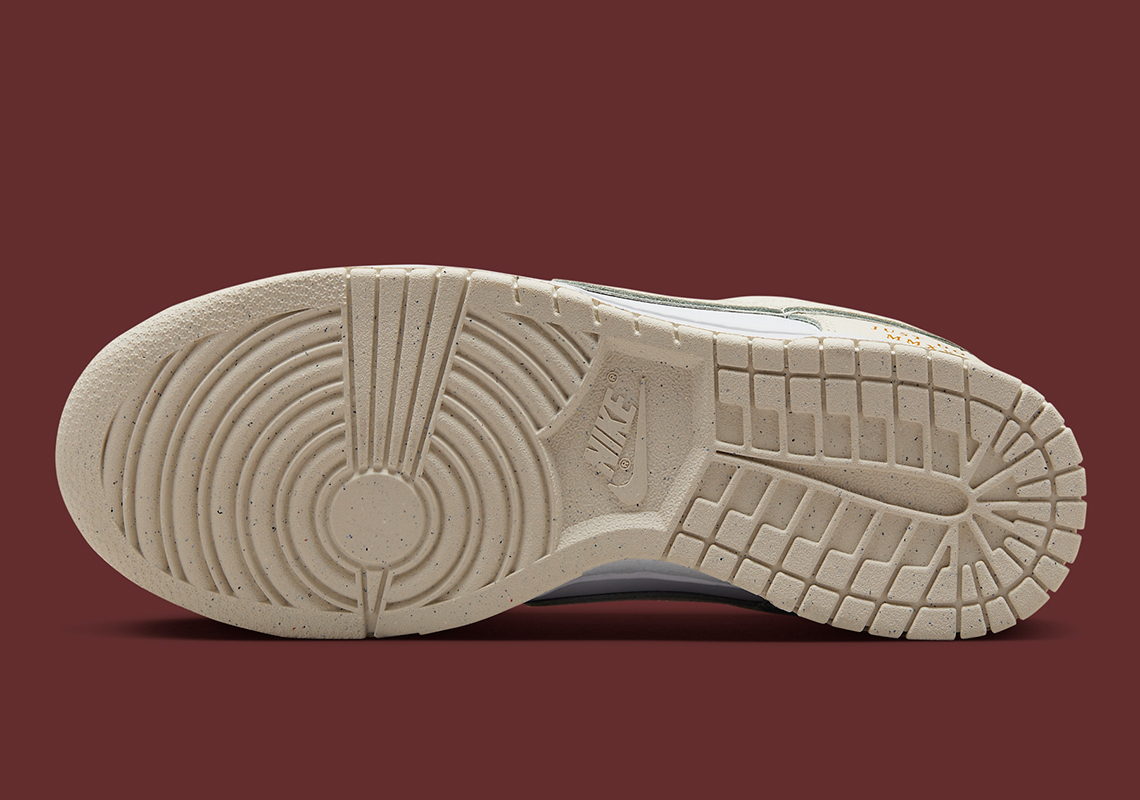 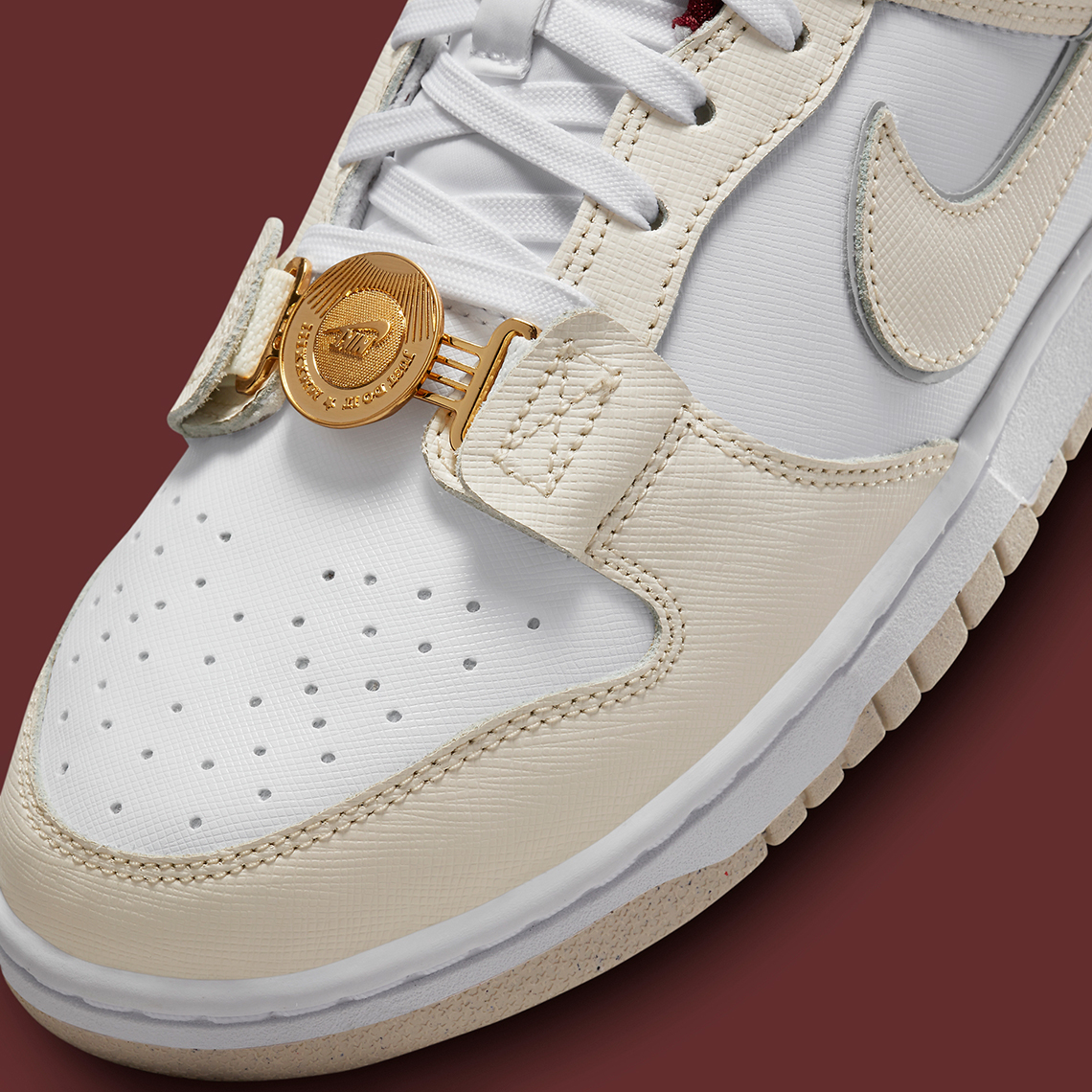 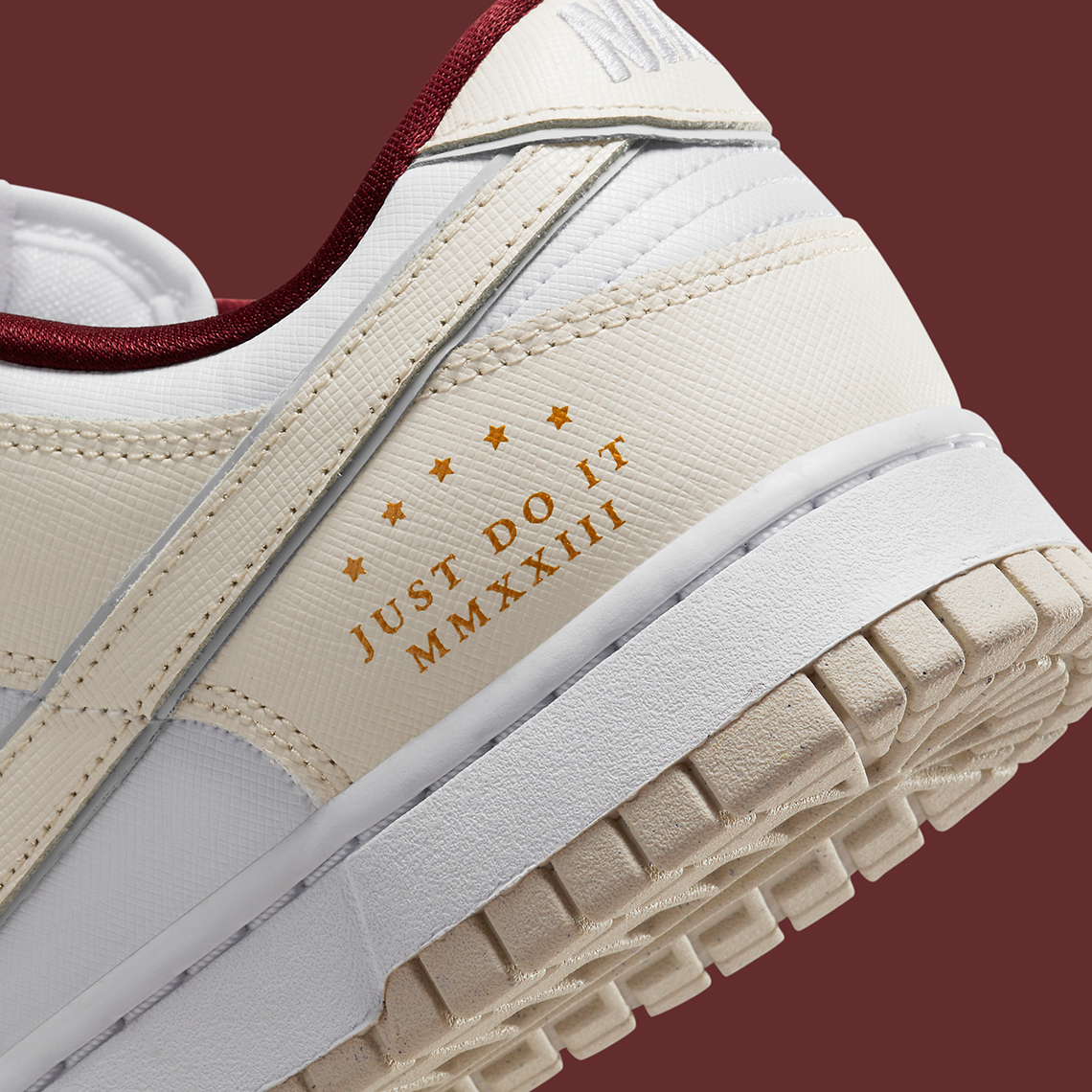