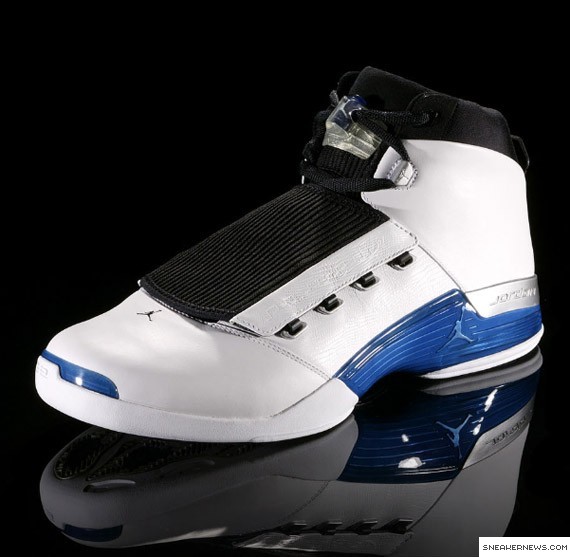 The comeback shoe (again). In anticipation of another return to the game he loves, Michael plays a pivotal role in the design of the XVII. The most expensive AIR JORDANs ever produced, this shoe is inspired by the characteristics of jazz – solid fundamentals, dazzling runs and lots of room for improvisation. At Washington, Michael reminds the world that he can still dunk. He scores his 30,000th career point against his former team, the Chicago Bulls. The XVII comes in a metal case and includes an interactive CD-ROM.