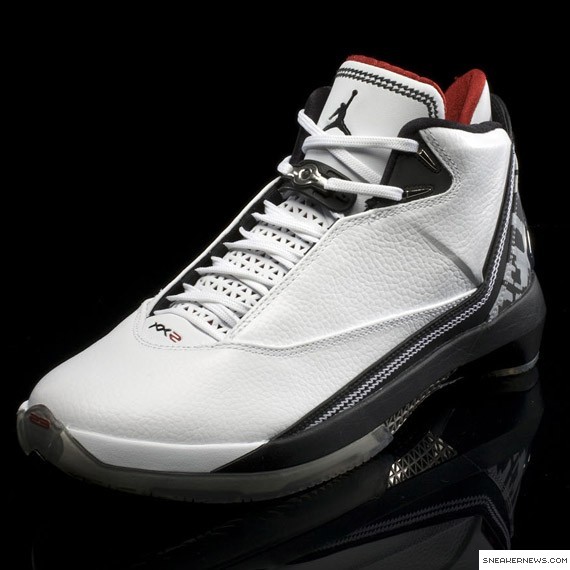 Like Mike, the F-22 Raptor is equally as threatening offensively as defensively. Combine the F-22’s speed of 1600 mph as well as being a stealth jet and you have paralleled qualities Mike had on the court.

The design of the upper has sharp lines which takes inspiration from the sharp maneuverability of the F-22 Raptor. The Air Jordan 22 (XX2 or XXII) features zig-zag stitching similar to that of the F-22 which helps conceal the jet from enemy radar. On the shoes, this stitching helps provide a well produced shoe with lasting quality. Lastly, one cannot miss the distinct yet stylish 3M reflective material on the back of the shoe which lights up the court in the lowest level of light.

The Air Jordan 22 (XX2 or XXII) takes with it the cushioning system of choice from the last two Air Jordans. The IPS (Independent Podular Suspension) returns with a new feature – its visible. This time the IPS is color coded so the athlete can choose his cushioning for each pod with either a responsive, double stacked Zoom Air pod, or a shock absorbing encapsulated air. In addition to the custom fit cushioing the IPS provides, the Air Jordan 22 (XX2 or XXII) also has a Phylon midsole to provide extra cushioning without adding extra weight.

The first thing one will notice about the Air Jordan 22 (XX2 or XXII) is how translucent the clear part of the sole is. The clear sole sticks to the court making it possible to make cuts and stops like no other. With a podular like outsole, one can make moves on the court better than ever before.