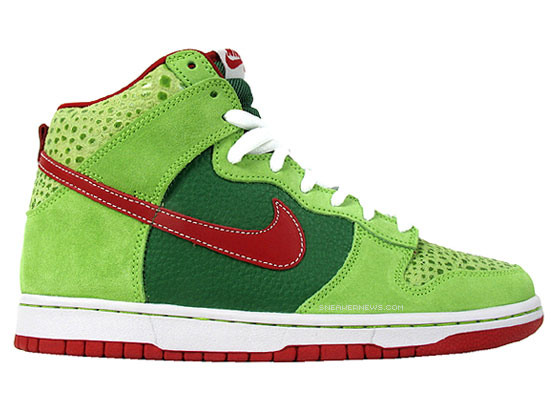 > Back to Nike Dunk SB History
Mötley Crüe’s 1989 album Dr Feelgood is the bands greatest album, Nike SB pays tribute to the album with the “Dr Feelgood” Dunk High SB. This colorway is inspired by the cover art of the album just like the Guns & Roses Dunk Low SB. Most of the sneaker takes after the snake running the the middle of the cover while the red is from the Mötley Crüe logo. Look for it at Nike Skateboarding retailers as well as on eBay. 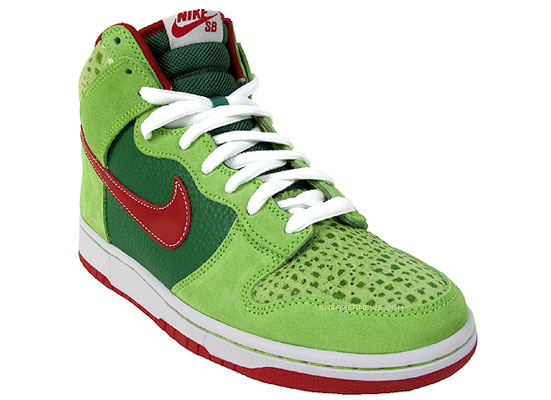