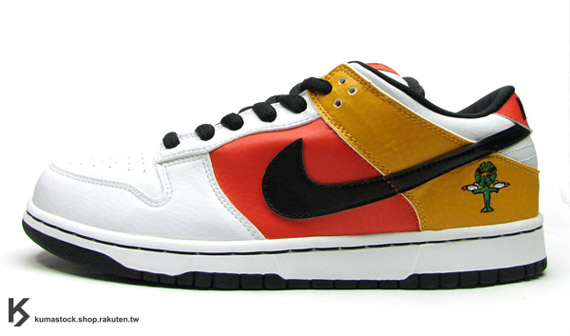 The away color of the Raygun pack, like its black counterpart, is not traditionally colored as far as team shoes go.  As you know, most away sneakers are a black or dark color.  But, I guess anything goes since the Roswell Rayguns weren’t an actual ABA team, just a fictional team made to advertise Nike basketball during the 2002 NBA Playoffs.  The team was comprised of NBA stars during that time including Jermaine O’Neal, Paul Pierce, Baron Davis, Jerry Stackhouse, and Vince Carter as Dr. Funk, the team’s captain.  The shoe features a green martian Raygun logo on the yellow heel combines with an orange side panel and white toe.  This white colorway was only available outside of the U.S. and Canada, with the black colorway the exact opposite.  Note that the Rayguns were one of the few SB’s to be made in grade school (GS) and baby sizes. Photos: Kumastock 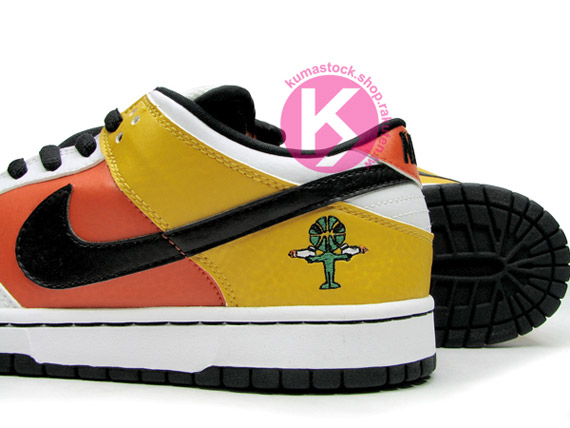 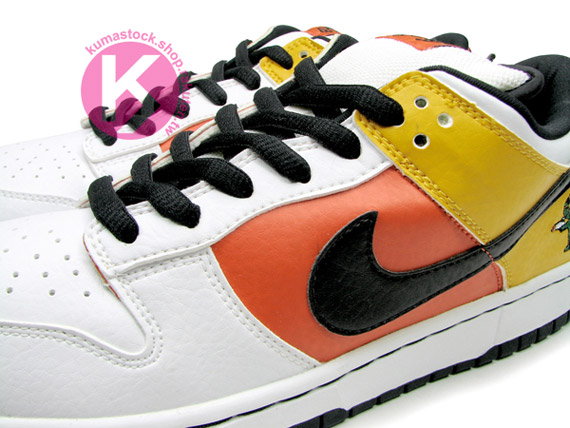