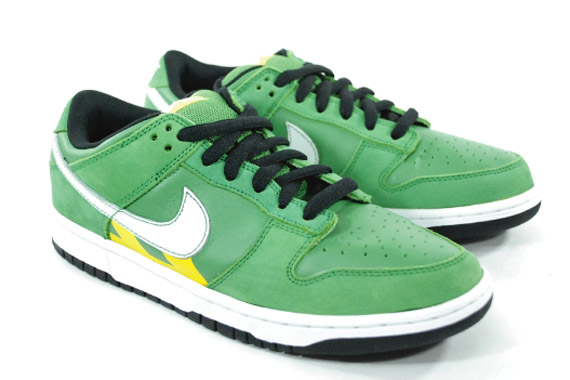 Released as part of the Taxi Cab Series, the Green Taxis were inspired by none other than the taxis of Tokyo, Japan.  Although having a nice solid green colorway with hints if yellow and white, these kicks were considered by many to be the less popular colorway of the two sneakers.  This shoe ended up being one of those SBs that’s often skated in and beat up. Photos: RMK Store 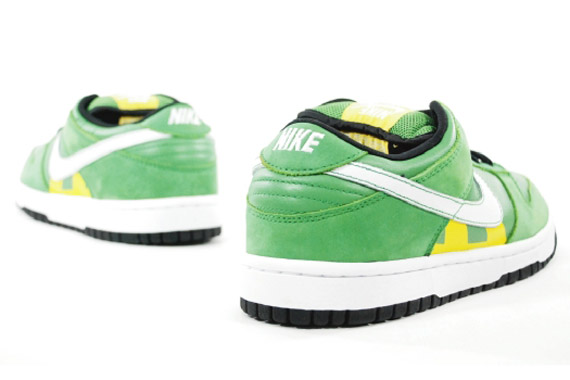 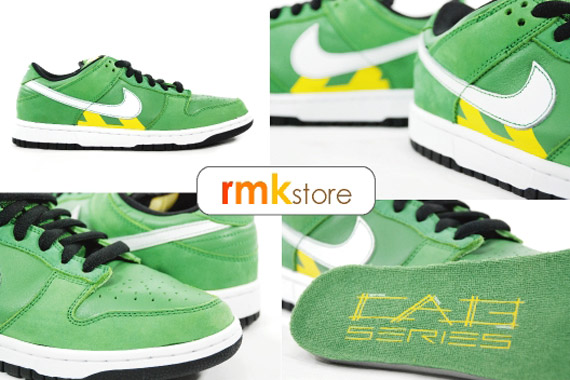