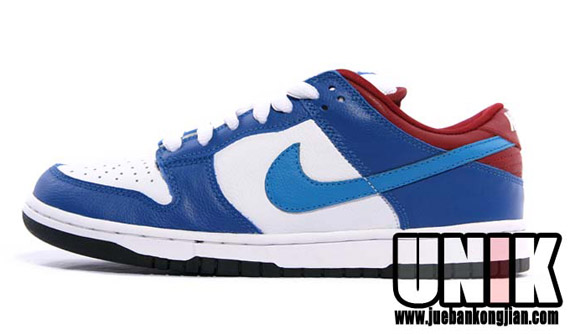 A sneaker named after its official colorway, the Neptunes are also sometimes referred to as the FT Dunks.  As you may already know, FT stands for Feng Tay which is the name of the Nike Factory in Taiwan known for producing exclusive samples and hyperstrikes.  It is rumored that the people at the factory designed this pair, which takes inspiration from the Taiwanese flag.  This pair was another that was often skated in. Photos: UNIK