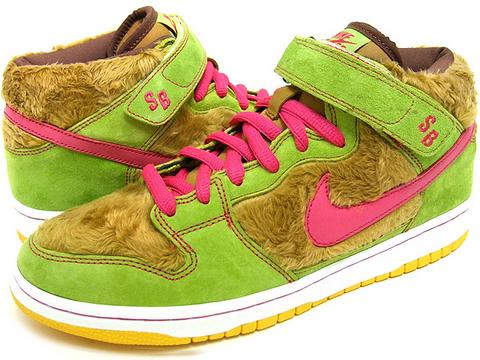 Definite head-turners, the mid-top Dunk of the Three Bears Pack, the Mama Bears, are the most vibrant of the pack with their suede lime green uppers and hot pink swoosh.  Like the other two sneakers of the pack, they feature a material resembling bear fur on the toe and side panel, and have a clean yellow outsole.  Note that the pack was released alongside matching Three Bears Bearbrick toys produced by Kubrick based in Japan.  A picture of the Bearbrick toy can be seen on the insole of the shoe. Photos: Essence 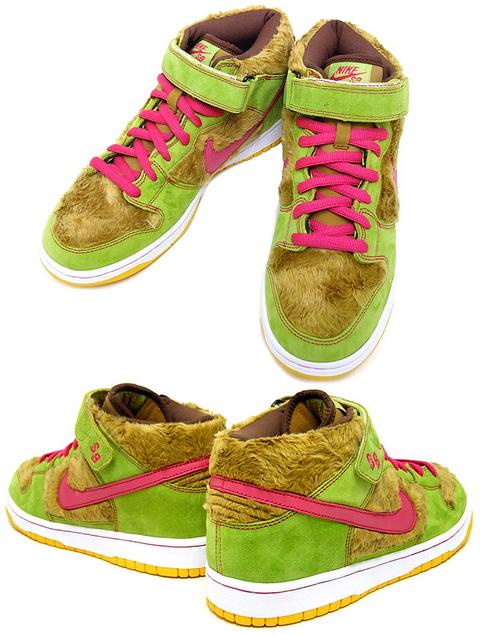