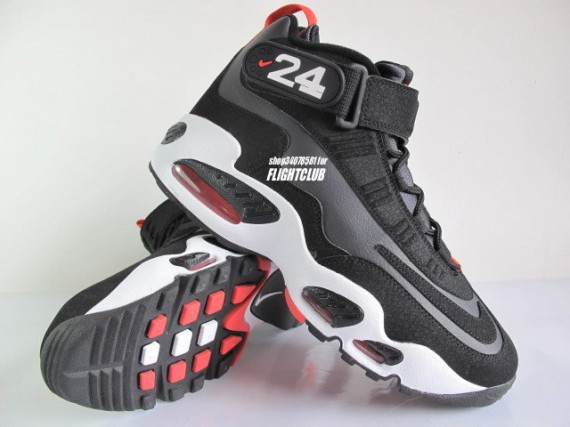 There was a bunch of noise around the Nike Air Griffey Max 1 Retros earlier this year, but after the two spring releases, we haven’t heard much.  Consider the silence shattered with these new photos.  Apparently paying homage to Junior’s mid-career mistake in Cincinnati, this version features a tonal black upper atop a white midsole.  Touches of red on the heel, outsole and Air bubbles make for a clean look.  Expect these sometime later in 2009.  via FlightClub