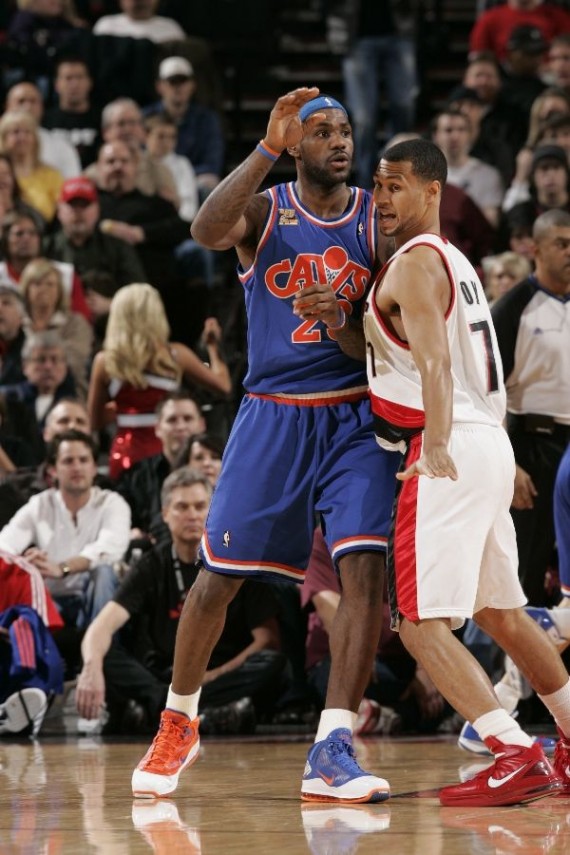 Lebron James and the Cleveland Cavaliers have been wearing their throwback jersey’s on this recent West Coast trip including during last night’s game against the Portland Trailblazers where Lebron scored a game high 41 points. King James not only scored 41 but he also grabbed 10 rebounds while leading the Cavs to a key Win on the road, and best of all he did it in style wearing two different colored Nike Air Max Lebron VII’s to match the throwback uniforms. While this was the first time that LBJ wore two different colored shoes, he said after the game that it wouldn’t be the last. James had previously worn the White and Royal Blue colorway but this was the first time we’ve seen him breakout the White and Orange ones.